The founder talks flower, fitting in, and taking the LSAT.

Jeff Laub is a few things: husband, father of a toddler, and the creative director and founder of Blind Barber, a barbershop-cocktail-bar-destination with six locations across the US. As you can probably imagine, he’s a busy guy. And contrary to some mightily outdated stereotypes, he smokes the devil’s lettuce as well. We recently caught up with Laub at his Highland Park location and chatted about love, life, and, of course, all things weed.

This is Jeff Laub’s story as told to Proper. 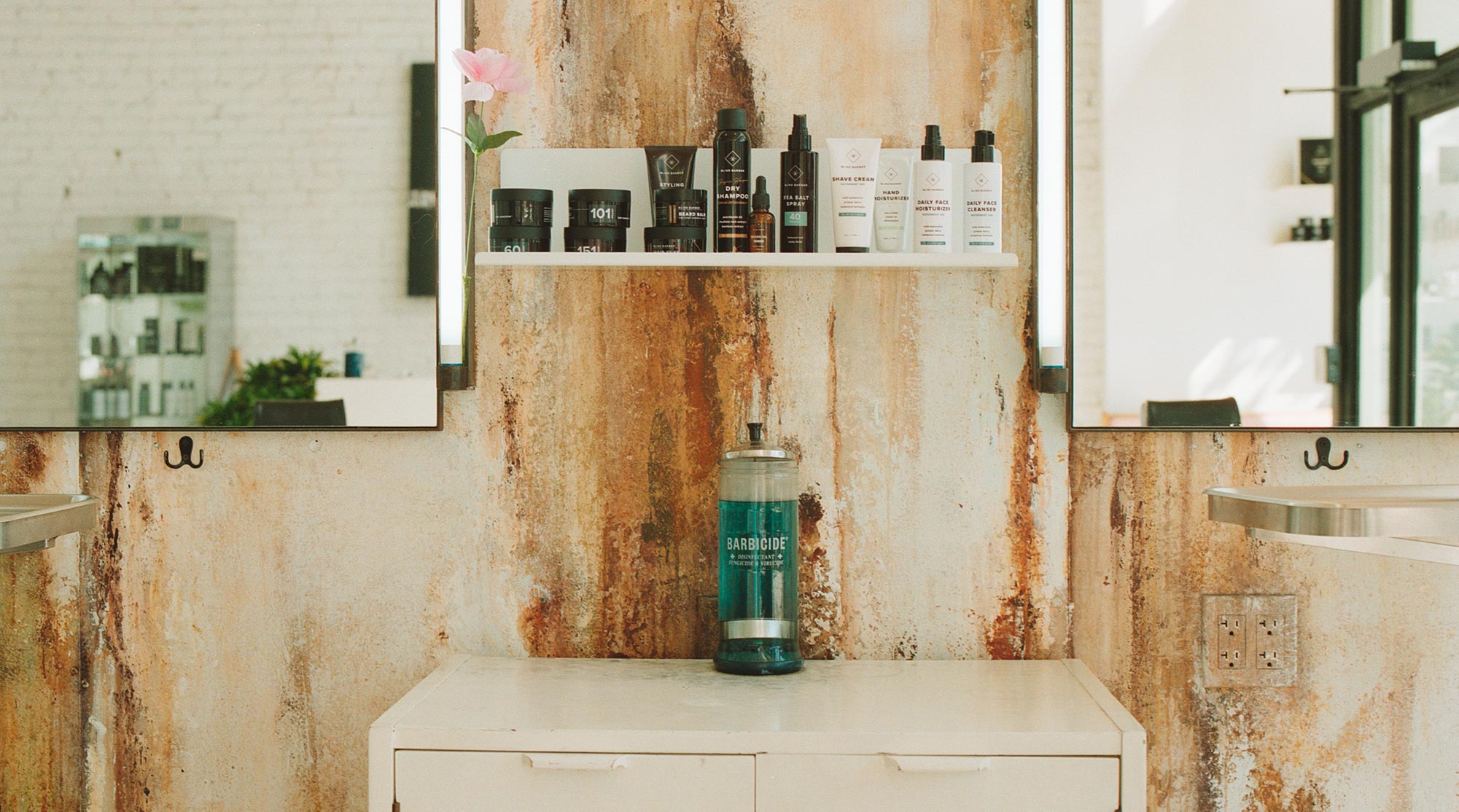 I was born in Jersey, but I'm from New York City. And now I live in Los Angeles. There's nothing wrong with Jersey, it just wasn't a place where I felt I was fitting in. I always felt like, deep down, I needed to be in a place that had more of an eclectic mix of ideas, acceptances, cultures, foods, etc. I do think I got a little bit of my grit from Jersey, but the minute I could get to New York at 18, I was out the door. I got accepted into NYU, which was probably the catalyst for everything that's come to me in my life. I met all of my best friends there. I was immersed in the city, trying to navigate a campus that really wasn't a campus but the real world happening right in front of me.

“Like anything else, if it's a backup plan, you're not fully invested.”

Originally, I thought I was going to be a lawyer because that’s what everyone tells you to do—get a good job, buy a house, get a family—so I studied history. Looking back now, I picked up skill sets that kept me moving forward in my current job as well—diving into research, learning what worked in the past, why people do what they do—basically learning how to learn. What I also learned is you have to, apparently, study for the LSAT. You can't just take them and fake it ‘til you make it. Long story short, I ended up with no job, really, really crummy LSAT scores, and back on my mom's couch in Jersey after graduating from NYU and living in New York City for four years. I was like, "What the fuck has happened?" 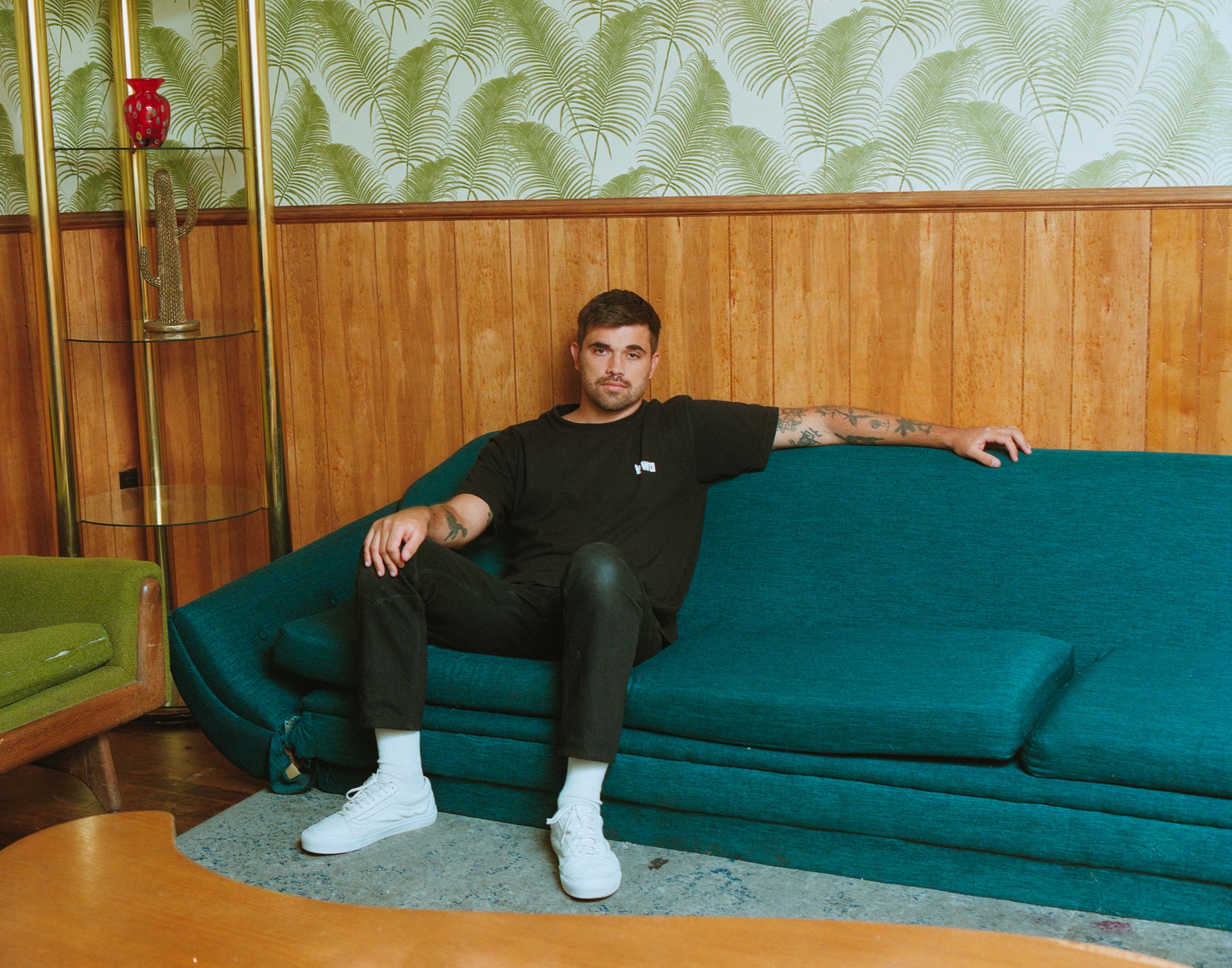 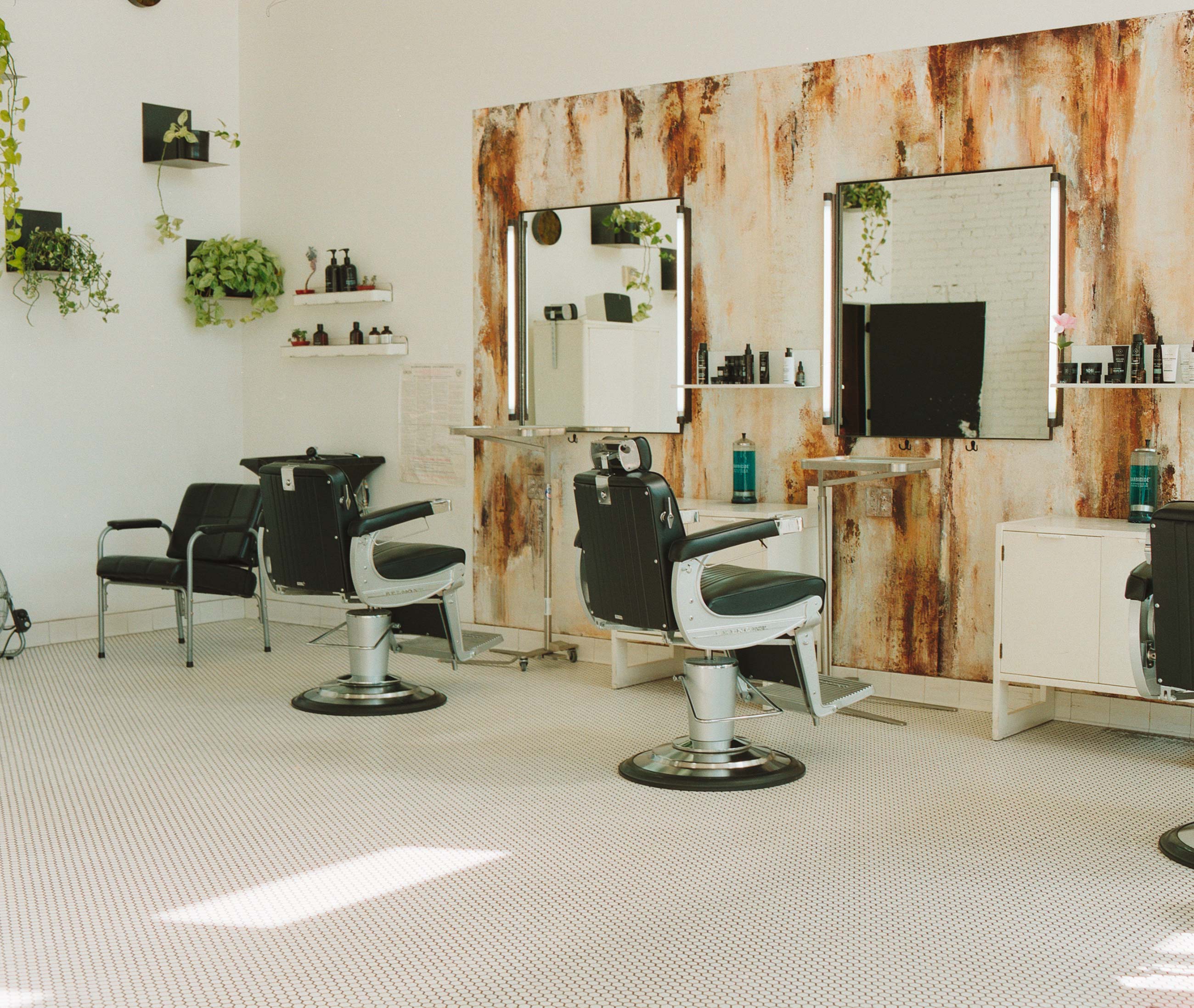 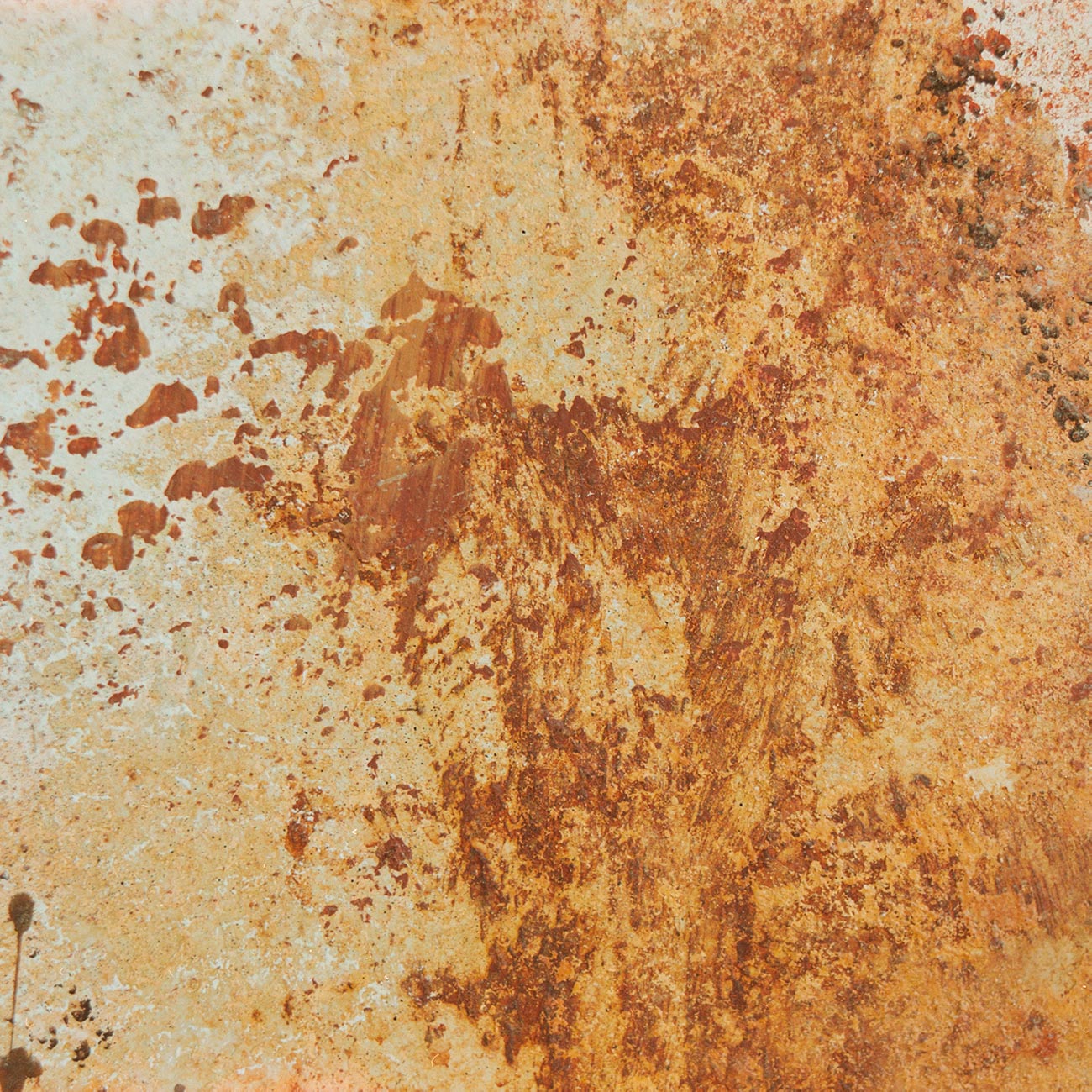 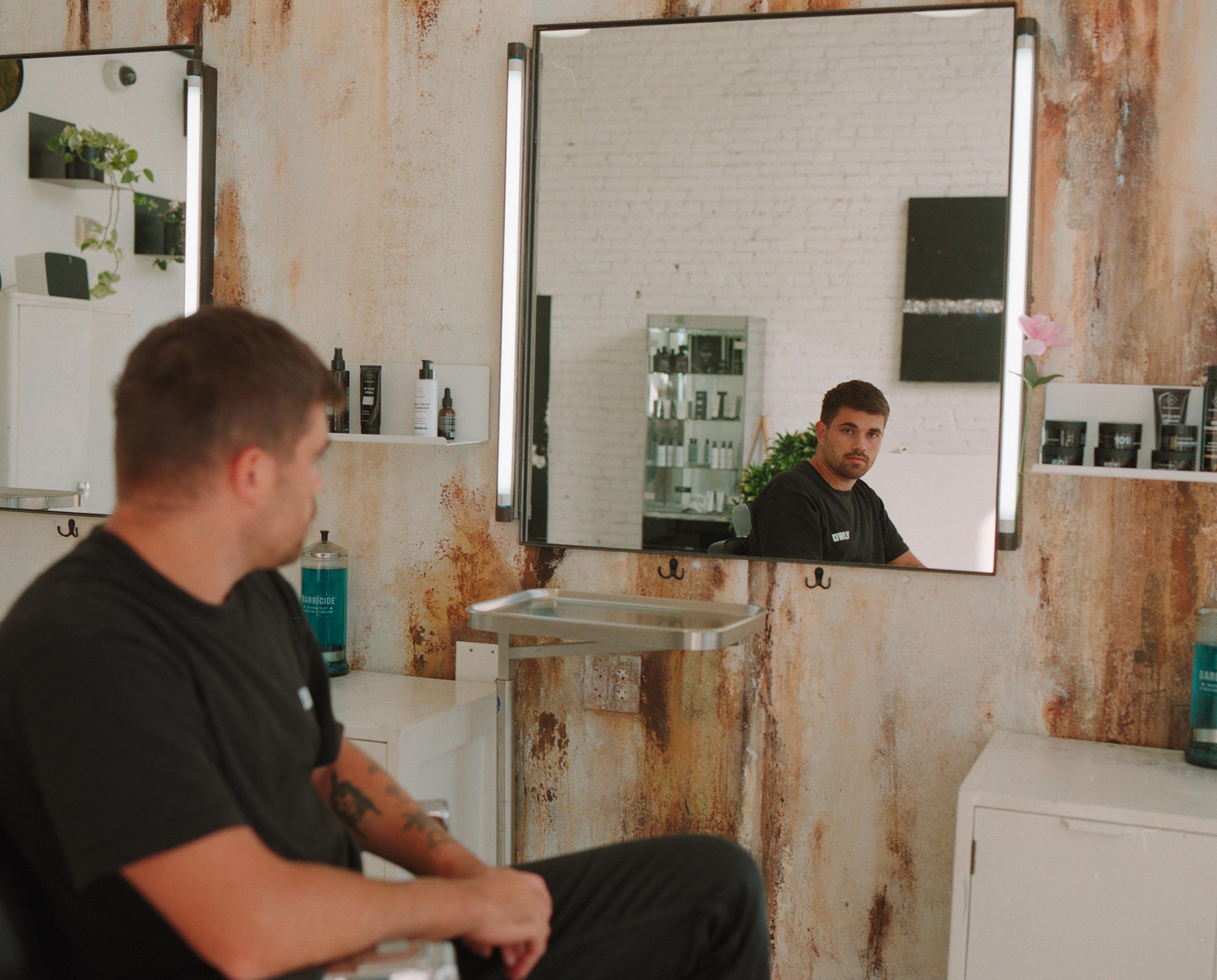 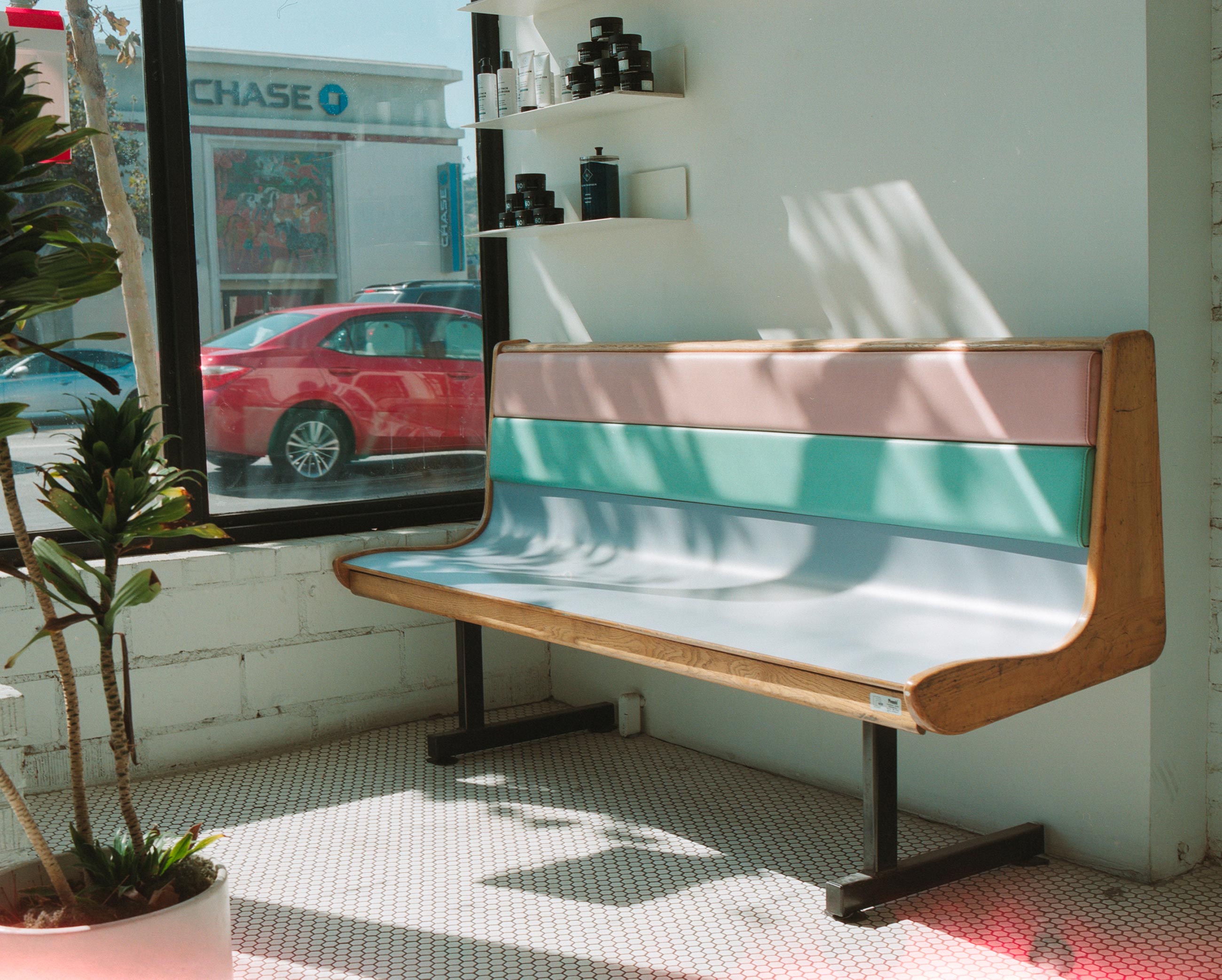 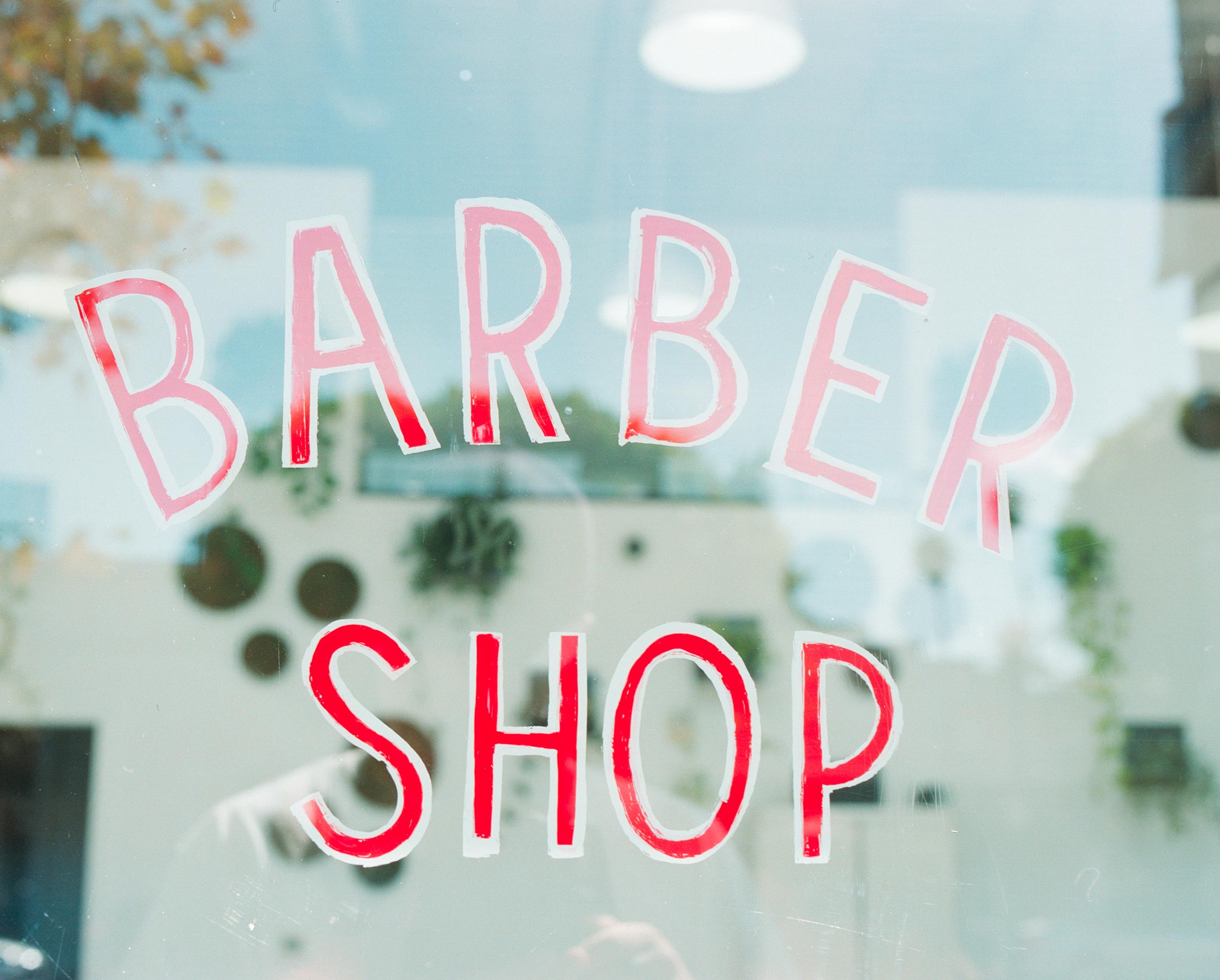 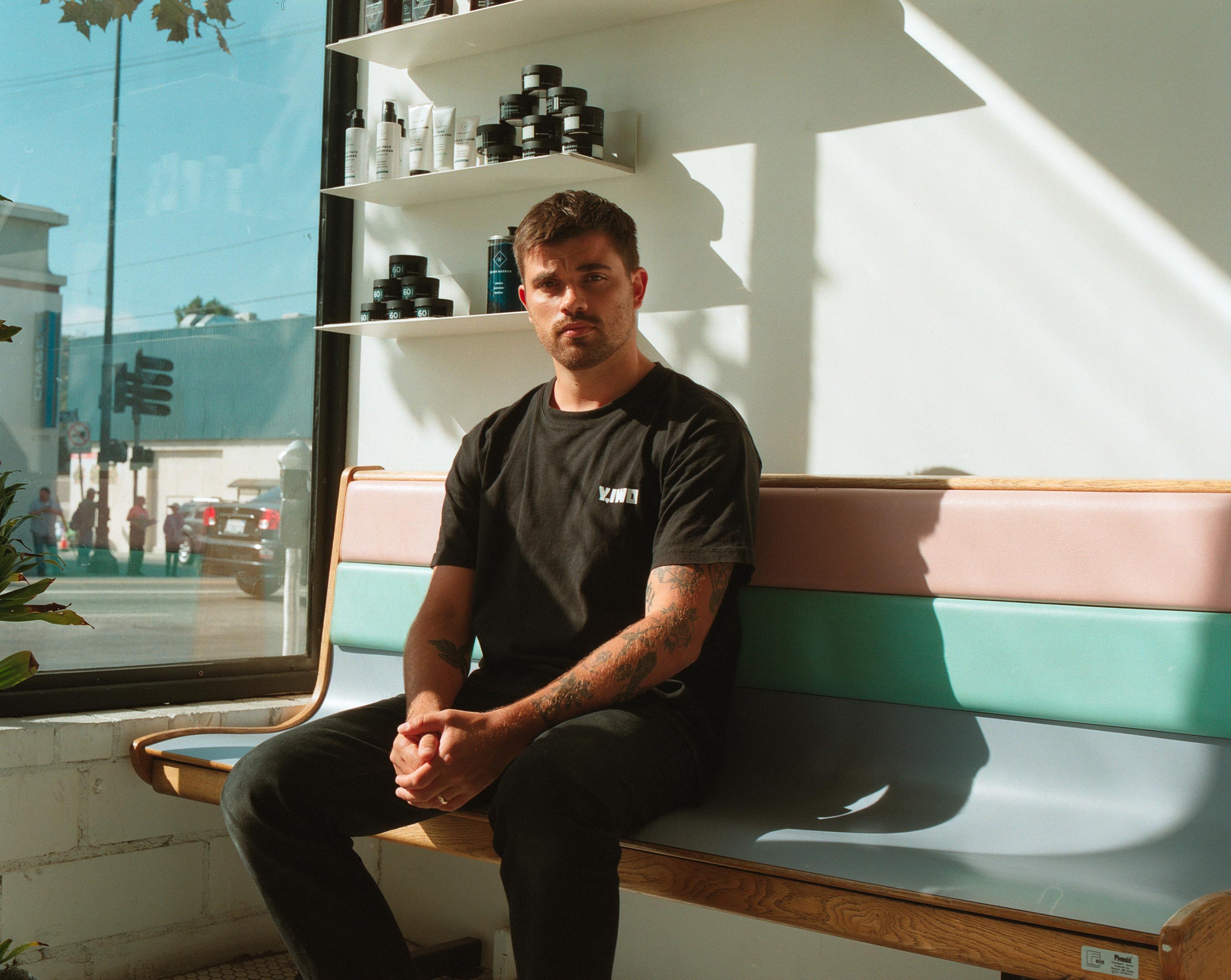 Luckily, one of my best friends was working at a really reputable law firm and got me an interview. I started the day after Christmas as a paralegal and was really feeling back on track. But within three months of being there, I was like, "Uh-oh, this sucks." Like anything else, if it's a backup plan, you're not fully invested. And I was chasing the wrong thing. I had to figure out something, so I started diving back into what things I loved and where I, potentially, had another foot in the door. That was the salon industry. 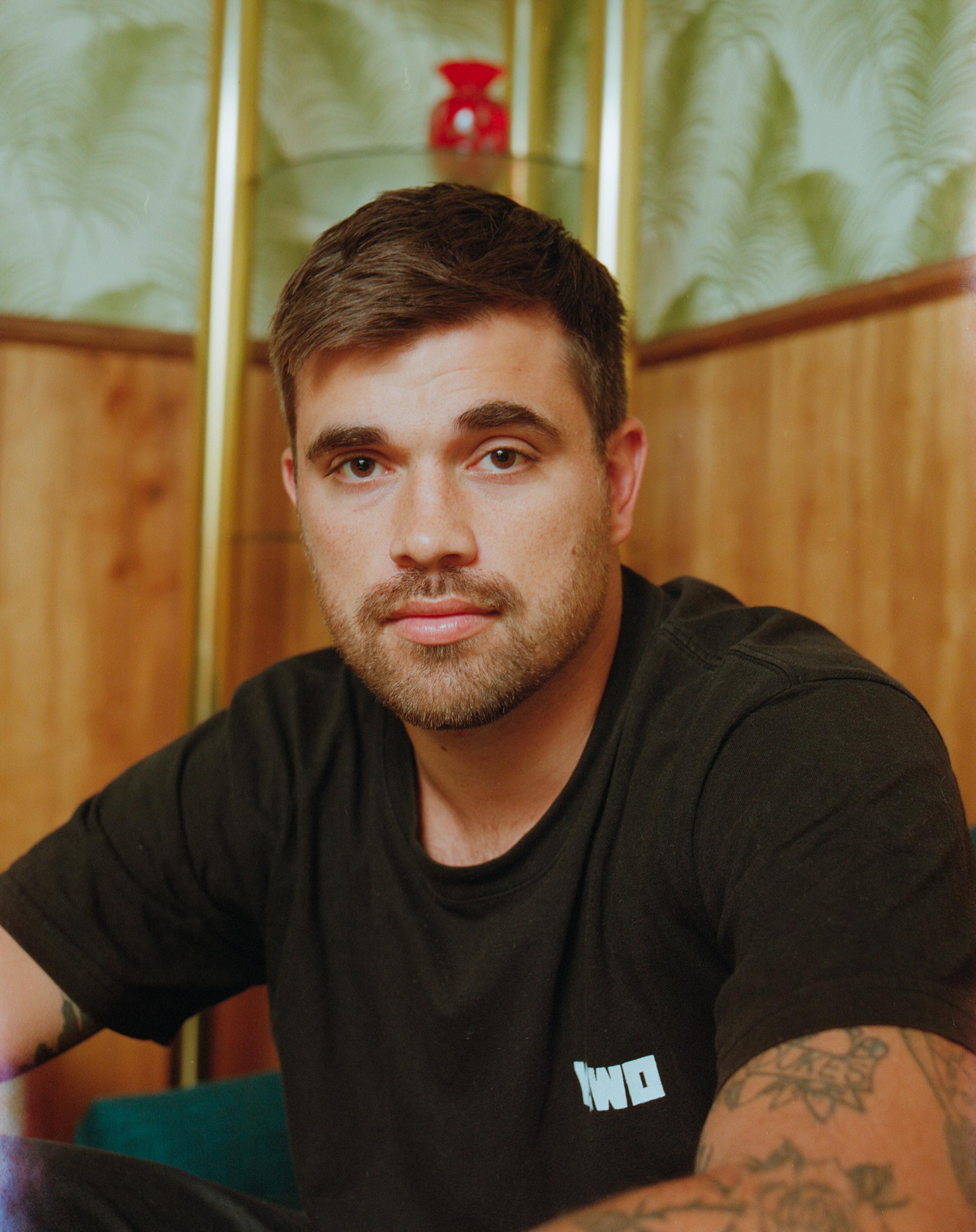 I had grown up working in salons with my mom during high school at the front desk of a really cool salon chain. I was answering phones, booking appointments, managing the flow of the floor, and getting dates with sexy women. I loved being at the front desk. I loved someone walking in not feeling like themselves, me guiding them to a dressing room, grabbing them a cappuccino or a glass of wine, helping them let go of all of the past week or month while they talk about what guys they're dating or what girls they're seeing, all while getting a haircut or a blow-dry. And then, after an hour, they’d look at themselves in the mirror with their stylist and both be saying, "You look incredible." I realized, "Shit, that doesn't exist for my guys.”

This was ten years ago. If you were a guy and wanted a haircut, you were called a metrosexual and I thought that was stupid. I had no business experience, so I looked up businessplans.com and downloaded two plans: one salon and one bar. One of the benefits of working at the law firm is I had access to some really smart people who could help me see if this thing could actually, legally exist. After a lot of conversations, I quit the law firm, built out the space, and the next thing you know, the New York Times was writing about us and all of the cool kids in New York were coming by.

I started smoking pot at about 17 or 18, mostly to get high and eat ice cream. That was the sole purpose of marijuana at that point. But once I got to college, it served two purposes for me. One was that it unlocked creativity and broke down barriers in my head as to what could and couldn't be done. It allowed me to wander in my mind, through the books I was reading, or the websites I was visiting in a way that removed whatever was reprogrammed. It's always allowed me to just sit back and dream away for a little bit, which, I think, was incredibly important for conceiving a new business.

“It unlocked creativity and broke down barriers in my head as to what could and couldn't be done.”

The second was the communal aspect. I very rarely smoked alone, almost always with my friends because it was great for kicking around ideas and having a bonding experience. We always smoked joints—no bowls, no bongs—just rolling a jay and passing it around. And I think something as silly as that, sharing a little joint, was something that really bonded us together and led to some really strong relationships. Even now, one of my favorite things to do with all of my buddies is to sit outside the shop, roll a joint, and just kick it.

When you're running a bar, especially in the very beginning, it's exciting. And every night, you’re drinking shots of tequila while hosting all sorts of different groups to get them excited about building your bar community and such. After a while, you start to pack on the pounds and really feel the hangovers, so weed is a nice replacement as well. 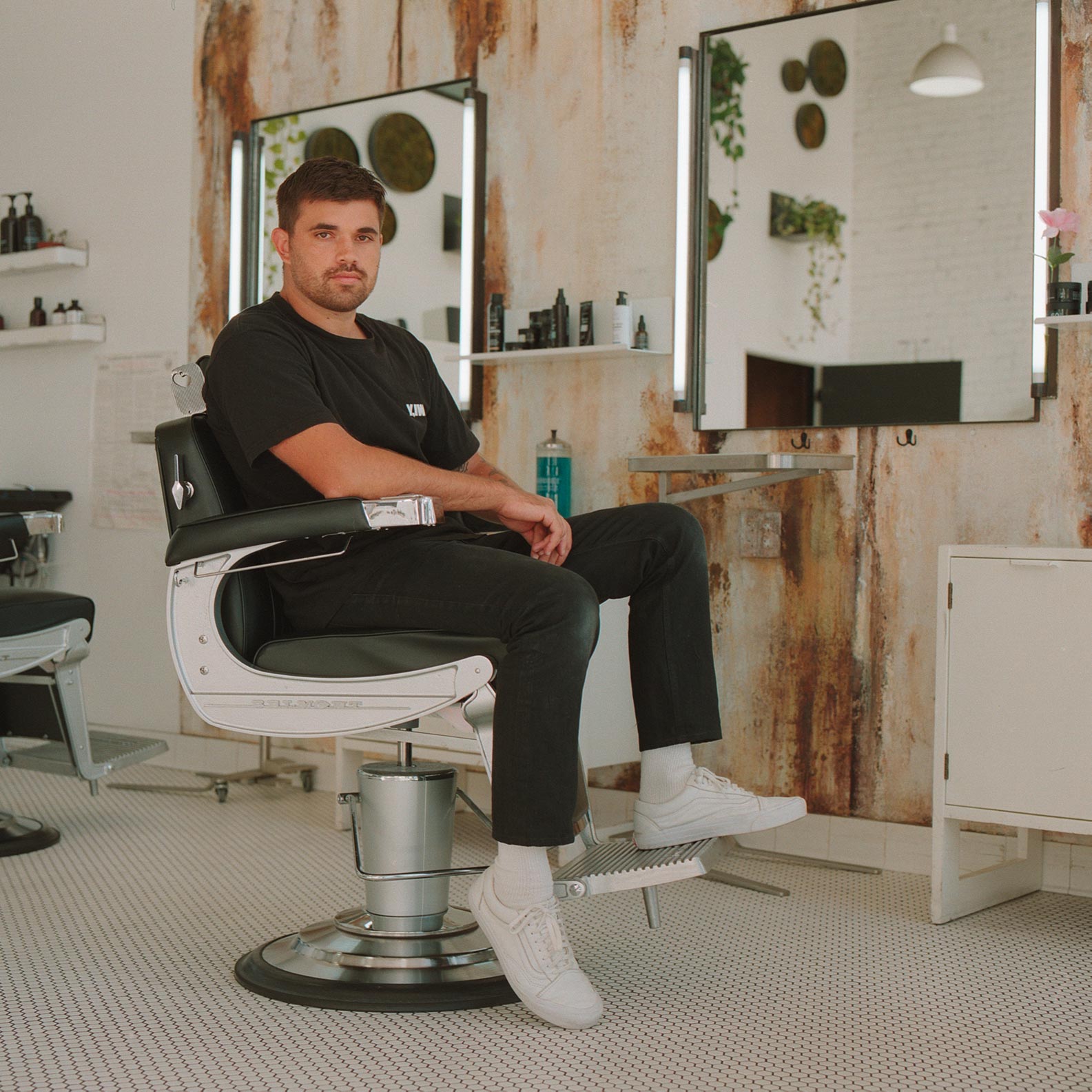 Honest to God, I don't have a fucking clue what I smoke. I know that I love indica at night and I love sativas during the day. That's it. That said, one of my favorite brands right now is Old Pal. I think their branding is exceptional. Right now I'm mostly smoking their indica flower and it's awesome. I'm also a fan of Island because their pre-rolls are great. They just have a really good feel to them and it's convenient with those packs you can get. I think that's nice for on-the-go.

Aside from flower, I love applying Apothecanna's Extra Strength Body Oil. It's also super convenient to travel with and discreet. But mostly, I really like to keep it old school with joints, bowls, and blunts—Phillies only though, no Dutches.

My son is two years old and raising him has been the most rewarding thing that's ever happened to me in my life. It's the most important thing I care about, and so I've never, ever smoked while he was awake, around, or if I was planning on doing something with him because I want to be completely with him. That said, he's two, so he's not looking for it or anything. It’s like leaving a bottle of wine on top of the fridge—you're not hiding it.

“As he gets older, he'll know that Dad smokes weed, Mom smokes weed.”

As he gets older, he'll know that Dad smokes weed, Mom smokes weed. It'll be the same conversation that we plan to have with him when we get to that talk about alcohol and responsibility. It is legal and something that I think is safe to do when you're a responsible adult about it. And I do think it’s fun in the same way that I think it's fun to have that glass of wine or go out with friends for some whiskey. But you do it as an adult with responsibilities and make sure that it's not interfering.

Smoke and then have sex. There's nothing better in the world than having sex while you're high. It's the fucking best.