What Cannabis Can (And Can’t) Do For Your Sex Life

Before you get it on, get all the facts about cannabis and sex.

You’ve probably heard the hype about cannabis and sex. You may have seen cannabis-based lubes that claim to boost your pleasure, edibles aimed at enhancing libido, and even vape pens designed for the bedroom. And many people claim they smoke up before sex for a more pleasurable experience. But is there any science behind this, or is it just another marketing ploy?

“Smokers were more likely to currently be dating someone.”

Another 2019 study in Sexual Medicine of 373 women (127 of whom had used cannabis before sex), found that most reported increased sex drive, improved orgasm, and decreased pain after using cannabis. In addition, those who smoked before sex were over twice as likely to report “satisfactory orgasms.”

The study’s lead author Becky Kaufman Lynn, MD, director of the Center for Sexual Health and assistant professor of obstetrics and gynecology at Saint Louis University, says she has also gotten anecdotal reports from patients about improvements in libido and ability to orgasm using cannabis. Some have also found that it makes them less likely to experience painful sex.

Cannabis appears to have similar effects during partnered sex: A study by Lioness and the cannabis delivery platform Eaze found that 81 percent of married couples had longer-lasting sex with cannabis, though it took less time for them to reach orgasm, and they had more orgasms.

Weed might make people more inclined to have sex in the first place. Men who smoke every week report having 22 percent more sex, and women report 34 percent more, according to a 2017 study in the Journal of Sexual Medicine. In addition, a 2016 survey by the dating site Match found that smokers were more likely to currently be dating someone and to have dated someone over the past year.

There are a number of reasons why cannabis might appear to have these effects on people’s sex lives. It’s possible that cannabis improves blood flow and circulation, which could include circulation to the genitals, says Nikola Djordjevic, MD, co-founder of Loud Cloud Health.

For women, cannabis’s sex-enhancing effects may have to do with its binding to estrogen receptors, says June Chin, MD, head of the medical advisory board at cannabisMD. “Estrogen inhibits FAAH activity, thereby increasing anandamide signaling, keeping us calm, cool, and collected,” she says. 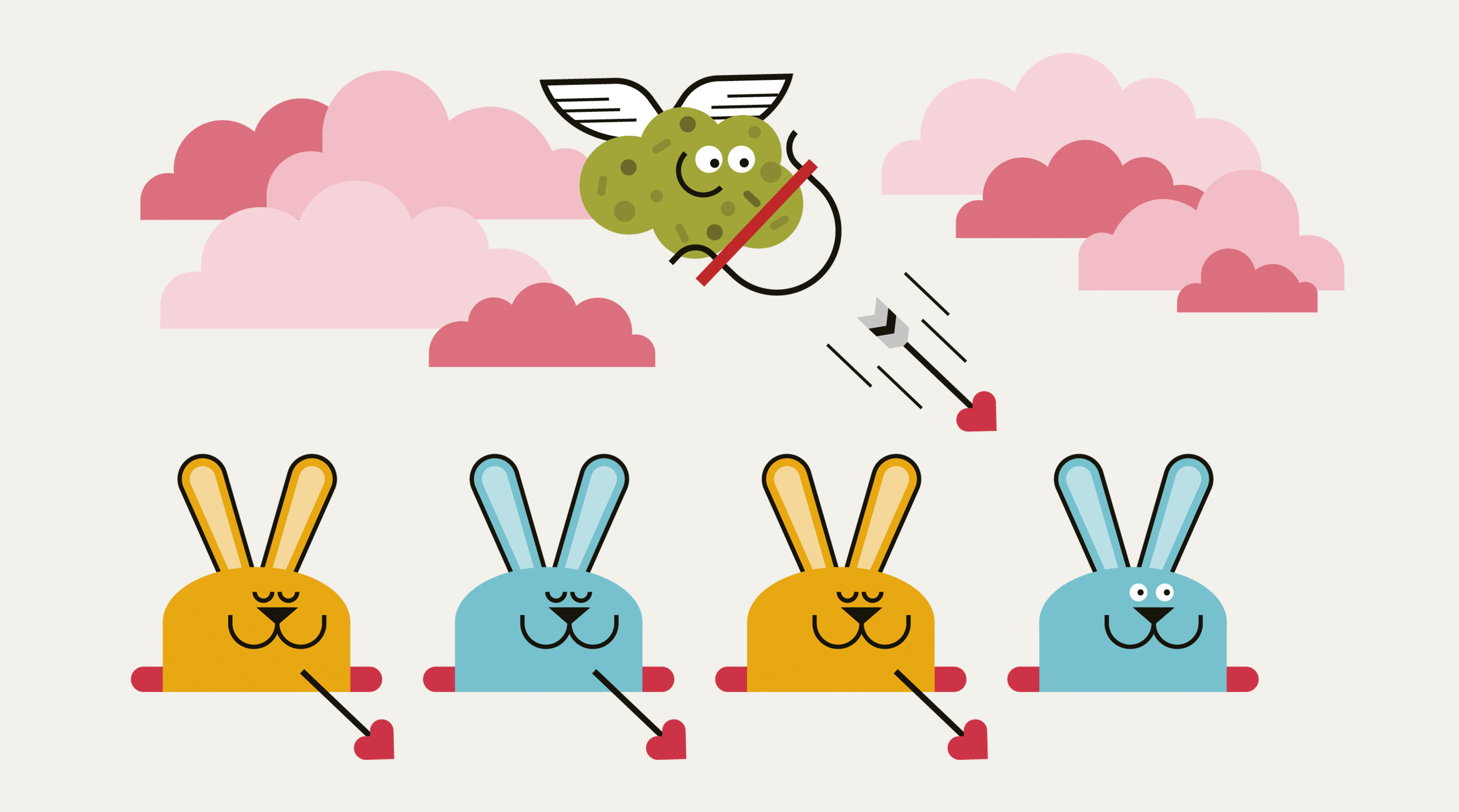 Some say cannabis just makes everything more intense. “Sex on cannabis magnifies sensation, sometimes to the point of feeling things almost to a molecular level,” says Scott, a 52-year-old writer in New York. “And not just fully sexual acts—a brush of skin on skin, strands of hair drifting down your body, etc. And it can make for some intense connections. I swear I’ve had experiences where I felt our souls were mingling, almost like I was feeling what she was feeling.”

People have even reported that cannabis can invoke an Autonomous Sensory Meridian Response (ASMR)—a pins-and-needles-like feeling on the skin that many describe as pleasurable, says Djordjevic. “I would speculate that the increased sensitivity brought on by the THC in cannabis may have something to do with it.”

“Other times, weed helps people out in the bedroom simply by reducing their anxiety.”

Cannabis’s effect on people’s sex lives may not always be direct, though. Since some people experience a boost in mood while they’re stoned, it’s only natural that they’d have better sex. Cannabis releases endorphins like dopamine and norepinephrine, which can make people feel “euphoric, relaxed, content, or giggly,” says Daniel Sher, a registered clinical psychologist and consultant for the Between Us Clinic. “It also leads to heightened physiological sensitivity, which means that touch and physical pleasure are accentuated.”

Other times, weed helps people out in the bedroom simply by reducing their anxiety. “Many people really do need to be taken away from the cares of the world (and of their own possibly traumatic history) in order to relax into sexual comfort and pleasure,” says Good Vibrations staff sexologist Carol Queen. “Certain brain regions have to chill out in order for our usual inhibitions to be lowered enough to have sex in the first place.”

“One of the main issues adults have in their sex lives is related to stress and performance anxiety,” Djordjevic agrees. “CBD works directly on the body’s endocannabinoid system, using a new pathway to help regulate the nervous system. It has an anti-anxiety effect that helps reduce feelings of inadequateness, especially during sexual encounters.”

“For those who experience discomfort during sex, cannabis’s pain-relieving properties can be a godsend.”

That’s how it was for Alex, 25, a FinTech analyst in Chicago. Weed “helps you fully relax mentally and allows you to fully reach the headspace that lets you quit focusing on orgasming and your body just takes over,” she says. In addition, “it helped relax the muscles that are required to be relaxed in order to be able to squirt. I did not start being able to squirt until I started smoking weed, and now I can do it high or sober.”

For Julie, 41, weed was able to improve sex by quelling self-consciousness. “It really helps me be in my body as an active participant rather than feeling like I am presenting myself to my partner,” she says. “It makes me more aware of physical sensations I can then explore the pleasure potential of without anxiety.”

And for those who experience discomfort during sex, cannabis’s pain-relieving properties can be a godsend. “As a disabled woman with fibromyalgia, cannabis helps me to still enjoy sex with my husband,” says Jill Joiner, a 43-year-old pastor in New Mexico. “I am in less pain, period, and I will say it feels more intense yet relaxed. It relaxes me so my nerve bundles are not sending the wrong message.”

While alcohol may be the most popular drug for people to use before sex, some say they prefer weed to booze. A 2007 study in the Journal of Psychopharmacology found that people reported more pleasurable and satisfying experiences on illicit drugs like cannabis than with alcohol. In addition, 66 percent of Lioness and Eaze’s study participants reported that cannabis made their orgasms more intense, while only two percent said they had more intense orgasms with alcohol. And only six percent had longer sessions on alcohol, compared to 57 percent with cannabis. 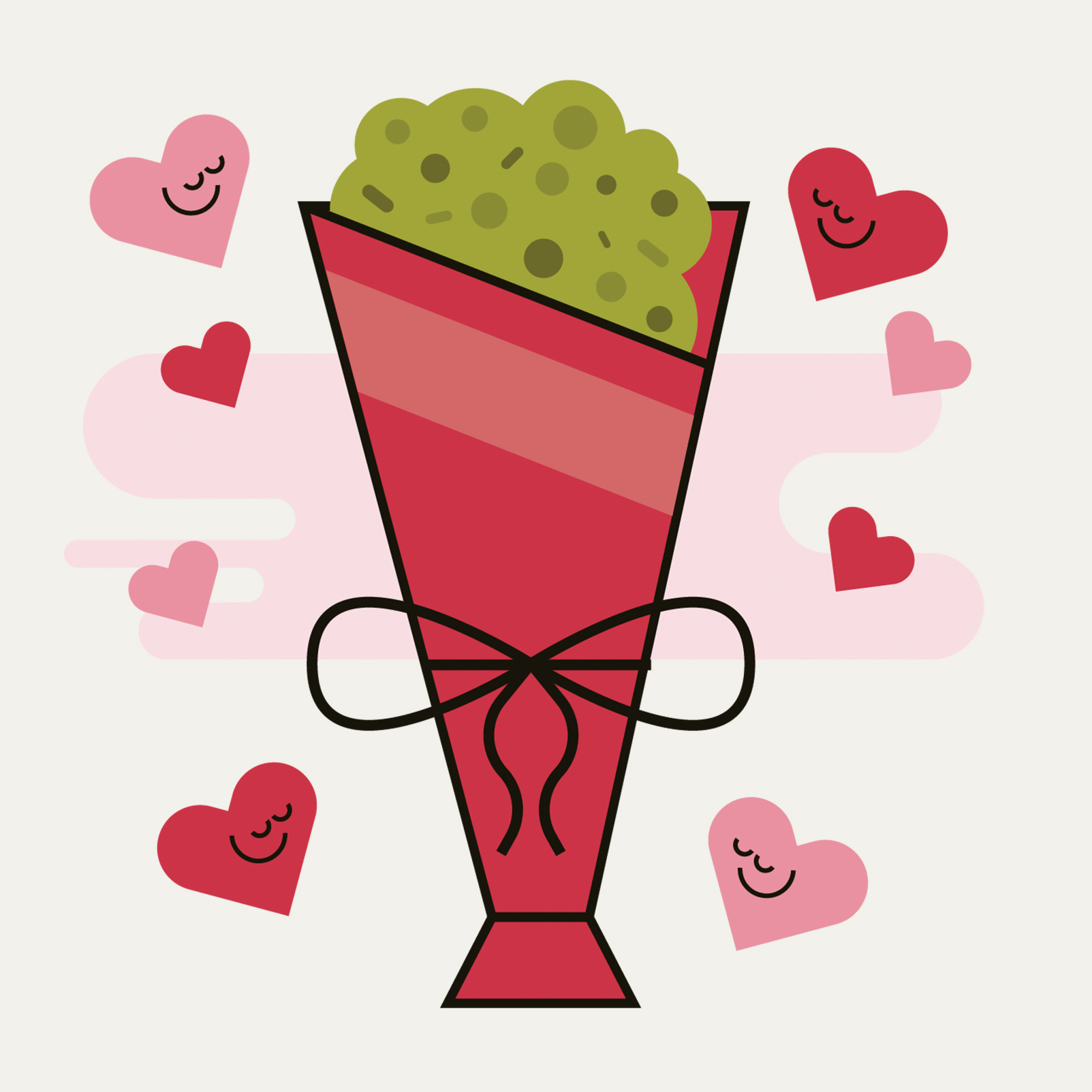 The jury’s still out on whether cannabis lubes work, but Chin says many of her patients have had success with them. “For women who have friable vaginal area or vaginal atrophy (thinning and drying of the vaginal canal), which may result in painful intercourse due to inflammation and thinning of the vaginal tissue/canal, the cannabis lubrication can function as an anti-inflammatory, bring increased blood flow to the area, and enhance sensation,” she says. Queen says customers of hers have reported reduced anxiety, increased arousal, and less pain during sex after using cannabis lubes.

But despite all the anecdotal reports about lubes and other topicals, the evidence that they actually work is scant, says Tishler. “They are slow to work (40 minutes—who wants to wait that long all lubed up?) and only affect sensation in the genitalia of women. Most of sexuality occurs between the ears, not the legs, so systemic use is more effective.” Since edibles can also be slow to come up and a bit unpredictable, your best bet is inhaling vaporized whole flower cannabis, he says.

Smoking before sex isn’t a cure-all either, and it can even backfire, especially in large quantities. “With higher doses (over 20mg of THC) some men can become unable to get or maintain an erection,” says Tishler, hence the term “stoner boner.” According to Tishler, “this seems to be related to being too intoxicated to concentrate on what they are doing.” A 2010 study in the Journal of Sexual Medicine found that men who used cannabis daily were more likely to experience inability to orgasm, premature ejaculation, and delayed ejaculation than non-smokers. It did not find such a correlation in women.

“For optimal results, make sure you’re in a setting where you feel comfortable.”

In addition, just as some of cannabis’s sex-enhancing effects are indirect, it can also indirectly hurt some people’s sex lives through side effects like dizziness, paranoia, anxiety, dry mouth, sedation, and lethargy, says Chin. “Sexual arousal and functioning are incredibly complicated, and cannabis is not a silver bullet.”

Shad, a 26-year-old marketing professional in San Diego and LA, says weed tends to zap his energy and make him less able to get into sex. For some, using cannabis before sex doesn’t do much at all. “For me personally, it's no different from [sex while] not smoking,” says Matt, a 35-year-old engineer from Yorkshire.

Since the effects are different for everyone, you may need to go through some trial and error to figure out whether and how cannabis can improve your sex life. For optimal results, make sure you’re in a setting where you feel comfortable. “Start slow and low and in a safe and supportive environment and partner,” says Chin. “It might take some experimenting before you know what your optimal dose is and preferred method of taking cannabis medicine for improving your sexual health.”

Our advice? If you're new to using weed in the bedroom, experiment with high-CBD, low-THC products to begin with and start with the lowest dose possible (one puff of a joint or vape or 2.5mg THC in an edible). Gradually increase your dose until you find the perfect range for your needs, whether it's relaxation or pain relief. And if you're not sure where to start, check out our collections of high-CBD products in California, Oregon, Washington, and Colorado.