What You Need to Know About Treating Anxiety With Cannabis

Why cannabinoid ratios, not strains, are the key to success.

Jessica LaVoy, a 24-year-old nonprofit worker in Chicago, got a medical recommendation for cannabis for anxiety and depression when she was living in Los Angeles. “I was already familiar with the way cannabis affected my body, but once I was able to go to legal dispensaries, they really helped me,” she remembers. She still smokes a joint whenever her anxiety is acting up. “That calms me down and kind of takes the edge off of whatever I’m anxious about and sometimes allows me to see things from a different perspective,” she says. “I’m able to really get into a show or movie, and that also helps me to get my mind off of whatever is making me anxious.”

“The effects are normally a return to a place of peace.”

For Daniel Saynt, a 36-year-old in New York who founded the sex and cannabis club NSFW, the anxiety relief comes not just from the cannabis itself but also from the rituals around smoking it. “I find that weed offers me a chance to pause,” he says. “Rolling a joint is a ritual for me: the effort of grinding the flower, the careful placement in the paper, the press, the roll, the lick of adhesive. Each step is done with precision and allows me a moment to reflect. The first puff provides the medicine, helping me reach a calm which centers my nerves. The effects are normally a return to a place of peace.”

Cannabis used to have a reputation for inducing panic, thanks to movies like 1936’s Reefer Madness, in which high school students’ experimentation with weed leads to hallucinations, a hit-and-run accident, and even suicide and murder. But lately, as cannabis has gained more mainstream popularity, the stereotype is the opposite: the cliché stoner is totally relaxed and chill, like Harold and Kumar or Broad City’s Abbi and Ilana.

The truth, as usual, is somewhere in between. Cannabis can actually both alleviate and induce anxiety depending on the person and what exactly they’re smoking (or eating or vaping). 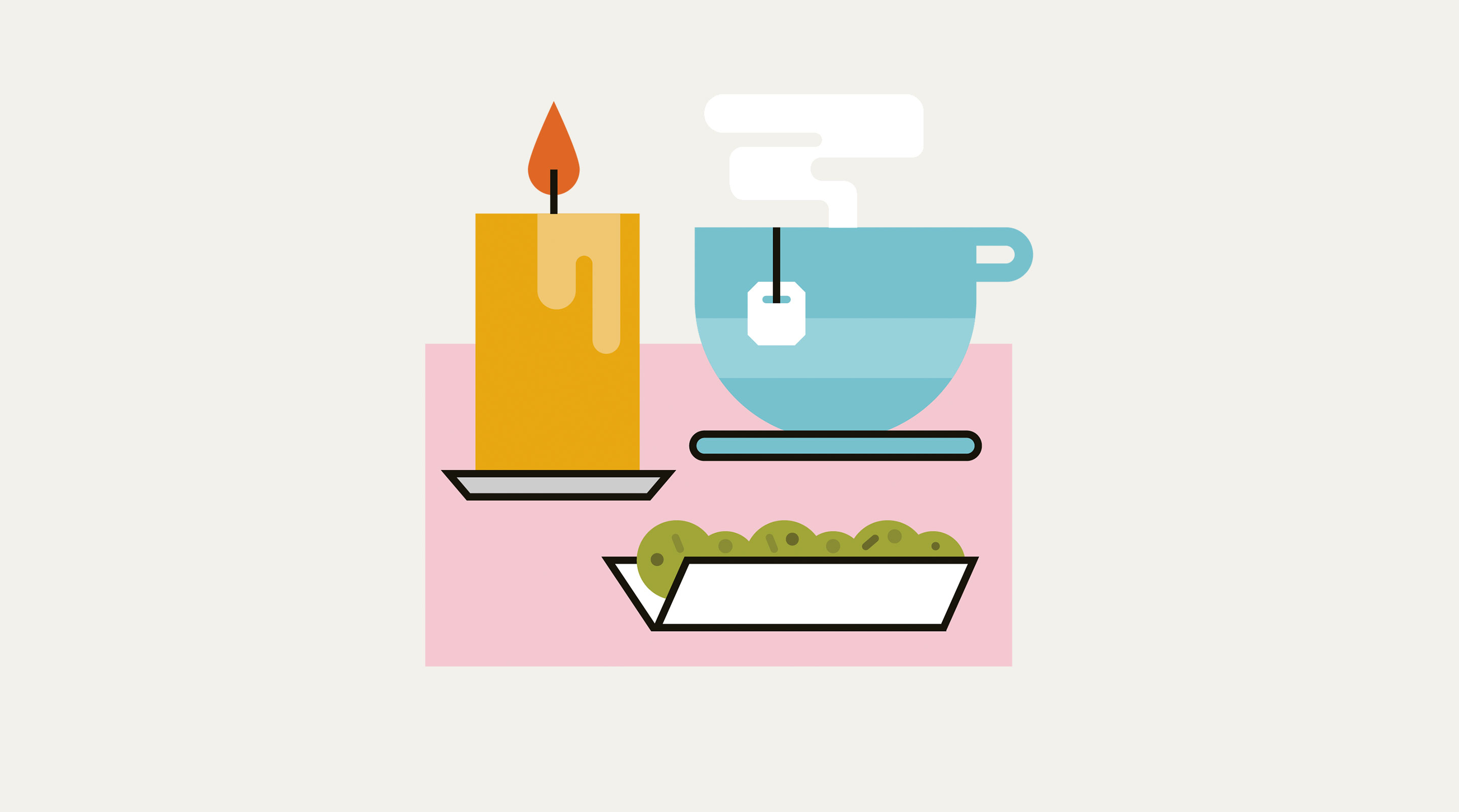 Determining if weed is the right fit

One key predictor of whether weed could induce paranoia or anxiety is whether you’re an anxious person to begin with. “Anything with THC potentially has a possibility of anxiety in individuals who are anxiety-prone,” says James Giordano, professor of neurology and biochemistry at Georgetown University Medical Center. “There’s this myth that everybody who smokes pot is going to be this very mellow character.”

Another factor is whether someone has built up a tolerance, says Matthew Johnson, professor of psychiatry and behavioral sciences at Johns Hopkins University. “What might cause paranoia in novice users might calm down a person who uses regularly.”

“People who experience anxiety when they use cannabis may want to try pure CBD.”

When it comes to the weed itself, the thing to look for is the THC:CBD ratio. “The higher the THC content, the greater the risk of increasing anxiety,” says Giordano. This is because, while THC and CBD both act on cannabinoid receptors in the amygdala—a brain area involved in stress and anxiety—they have opposing effects: THC increases impulses coming from the brainstem to the limbic system, which some people will interpret as anxiety, and CBD decreases these impulses. “Although the same brain networks are being activated by CBD and THC, the CBD turns down the relative effect of THC,” Giordano explains. “Some people are more sensitive to the CBD effect, and some are more sensitive to the THC.”

So, people who experience anxiety when they use cannabis may want to try pure CBD, says Giordano. If you want to incorporate THC, which will add a psychotropic effect or a “high,” he advises keeping the THC:CBD ratio 1:1, or at most 2:1. 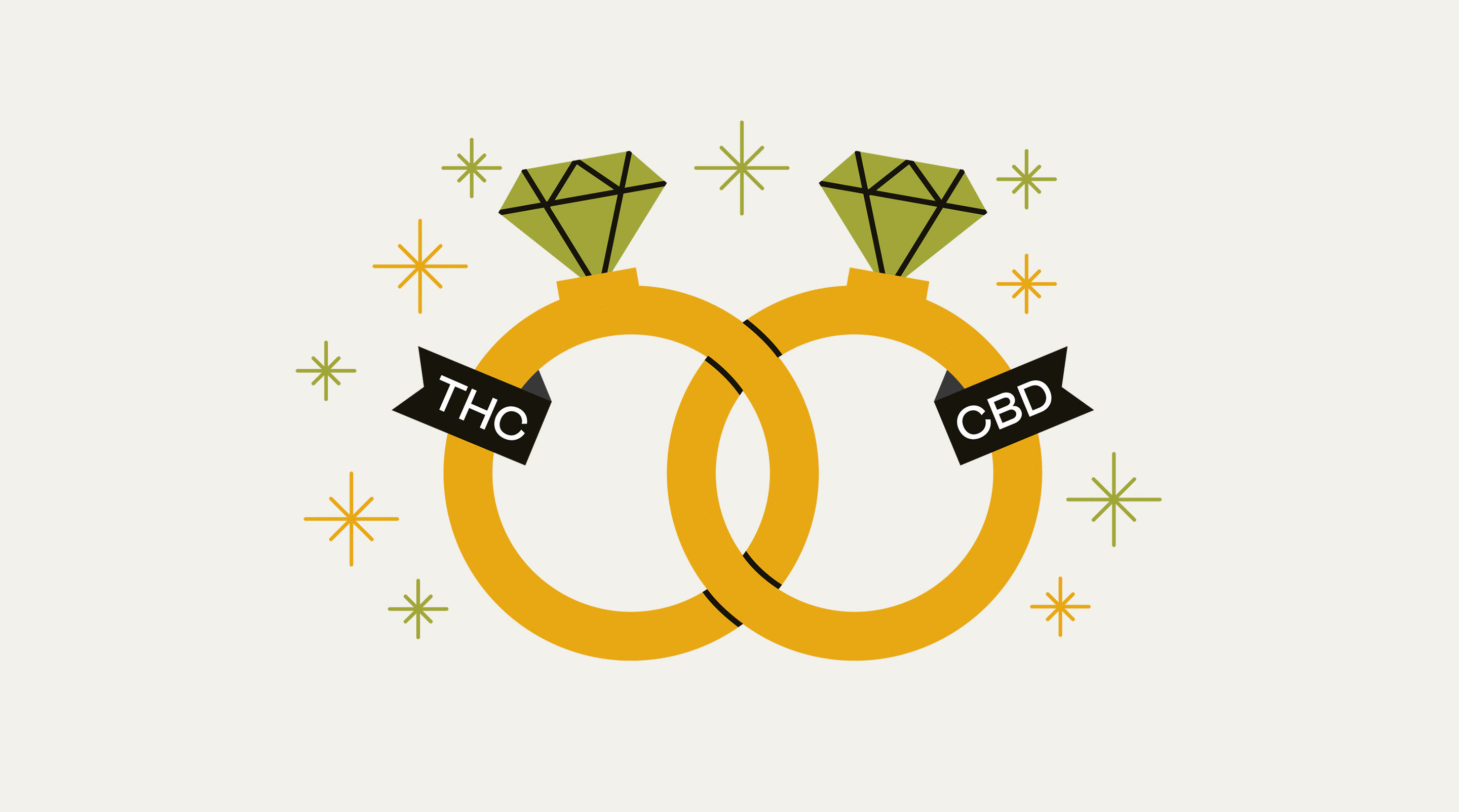 While people often think in terms of indica vs. sativa, the CBD to THC ratio is more important than what kind of strain you’re smoking, says Giordano. “Much of what is said about strain differences and other recommendations made by the medical cannabis sellers is without any research and could be untrue,” agrees Johnson. “There is basically zero research on this. Everything that is being said is anecdotal. It might be true, but strain differences in effect could largely be a placebo effect.”

Though it may take some trial and error, using cannabis for anxiety has been life-changing for some people. Some have even weaned themselves off anxiety medication by replacing it with cannabis. Melissa Vitale, a 26-year-old publicist in New York City, is one of them. Ever since she began smoking instead of taking anxiety medication, she has stopped having panic attacks.

“If someone is prone to addiction, cannabis might be an alternative to potentially addictive anxiety medications.”

While this is possible for some people, there’s no one-size-fits-all approach, says Giordano. For example, if someone’s anxiety is situational rather than constant, it may benefit them to use cannabis when needed rather than be on a daily medication. Or, if someone is prone to addiction, cannabis might be an alternative to potentially addictive anxiety medications like benzodiazepines. These medications can also have unwanted side effects like lethargy and slow reaction time, especially for people who build up a tolerance and need a high dose, says Giordano, so those with this issue may turn to cannabis instead.

Marc, a 50-year-old data analyst in Portland, Oregon, used cannabis to cut back on the anxiety medication hydroxyzine because he didn’t like the side effects. “[Cannabis] keeps me pretty level throughout the day, so I usually don't have those anxiety spikes anymore,” he says. However, if he smokes during an anxiety attack, he says it actually makes it worse. “Potency and effects can vary wildly, and there have been times when I've gotten weed that's too strong, and it will actually trigger my anxiety,” he adds.

Listening to your body

Of course, you don’t want to adjust any medications you’re taking without talking to your doctor first. It’s also important not to treat cannabis as a cure-all for mental health issues and know when to seek out appropriate treatment—such as talk therapy—when necessary. “Sometimes, it can be dangerous because I’ve been in depressed episodes and all I want to do is smoke, and then when the episode is over, I feel like all of my issues I pushed away have come back,” says LaVoy. 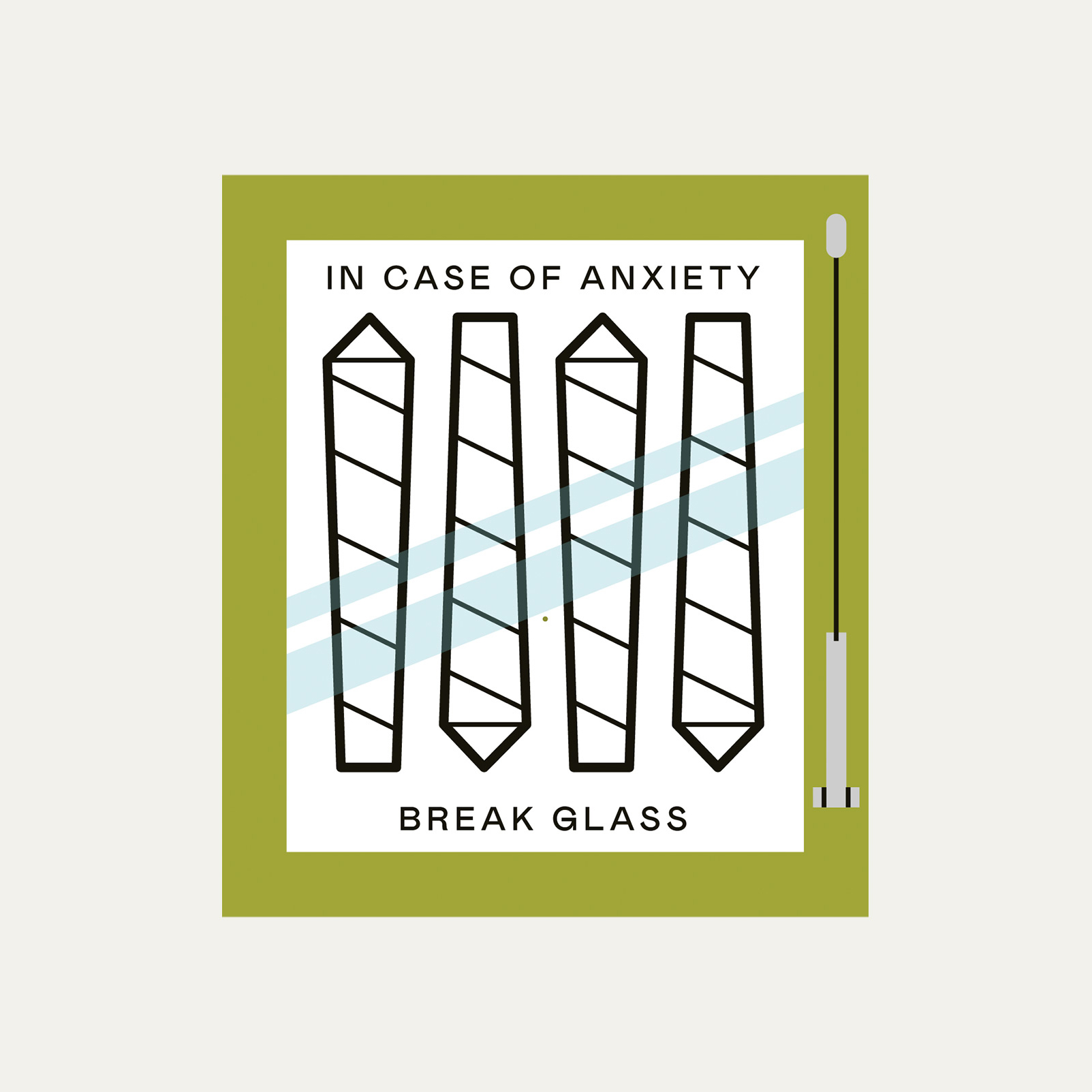 Another word of caution: If you become dependent on cannabis, you could actually experience more anxiety when you stop taking it, says Johnson. “Cannabis dependence is a real thing and includes symptoms like insomnia and irritability when they quit,” he says. “This typically lasts a month or month and a half to one degree or another. So, once someone is dependent, part of the anxiety they may be treating is actually the irritability that is coming from being in cannabis withdrawal.”

The bottom line is, you’ll have to do some cautious experimentation if you want to use cannabis for anxiety because the effects are often unpredictable. “The idea that cannabis will have any given reaction for everybody, whether that be causing anxiety or reducing anxiety, is a myth,” says Johnson. “These effects are likely influenced by a number of factors including individual differences, genetic differences, experience and tolerance to cannabis, cannabinoid profile (e.g., THC and CBD content), and expectation.”

For a full list of soothing products in your state, check out our guides to CBD-heavy cannabis in California, Oregon, Washington, and Colorado.