Cann's Grapefruit Rosemary Social Tonic is a cannabis-infused seltzer water with a crisp flavor of citrus and a light herbal aftertaste. The small dose in each can makes for a buildable buzz that relaxes you as it unfolds into a social head high. Use this to replace booze for your next happy hour or beach day with friends. They taste as incredible as they feel.

Ranked 1 of 80 in Beverages for feeling Relaxed. 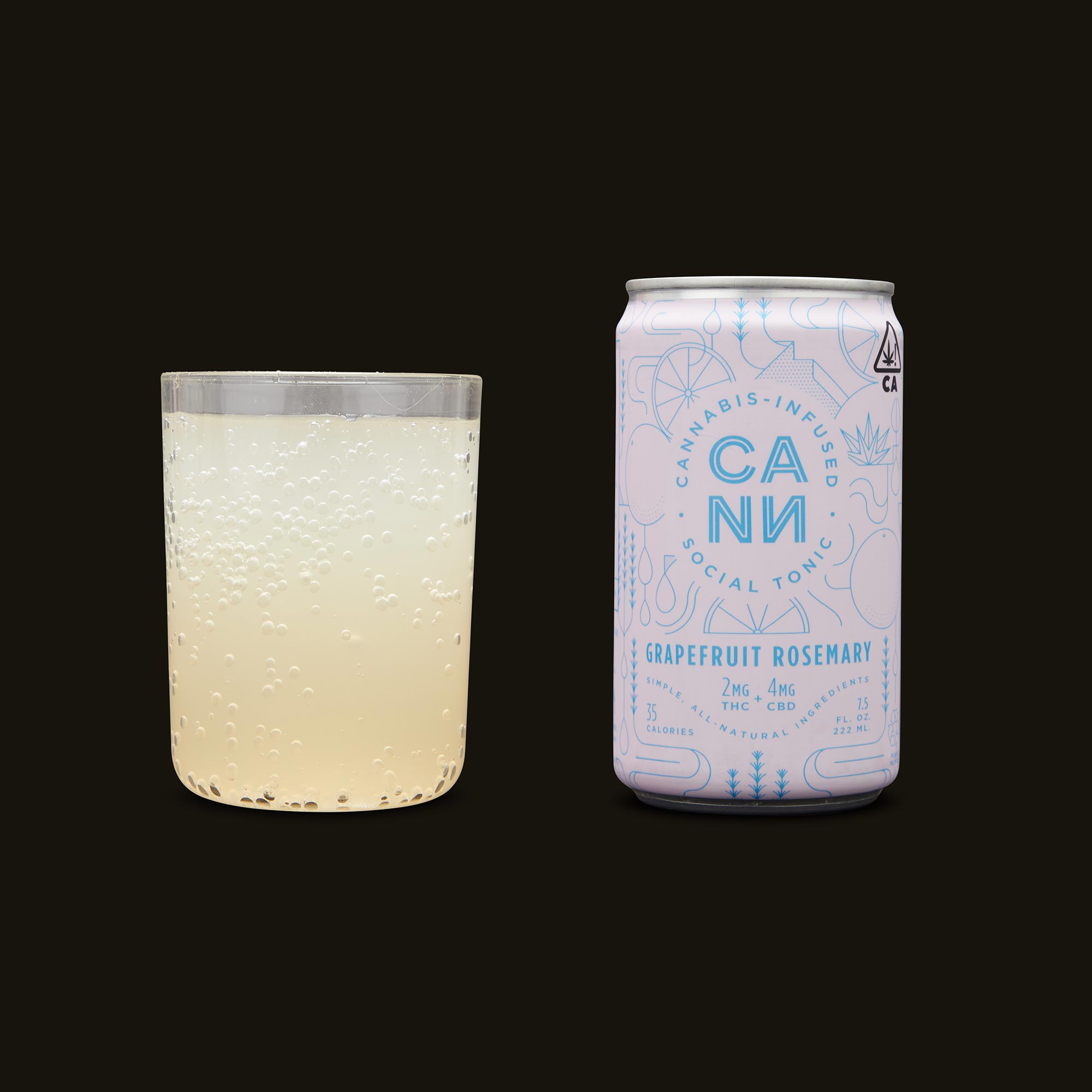 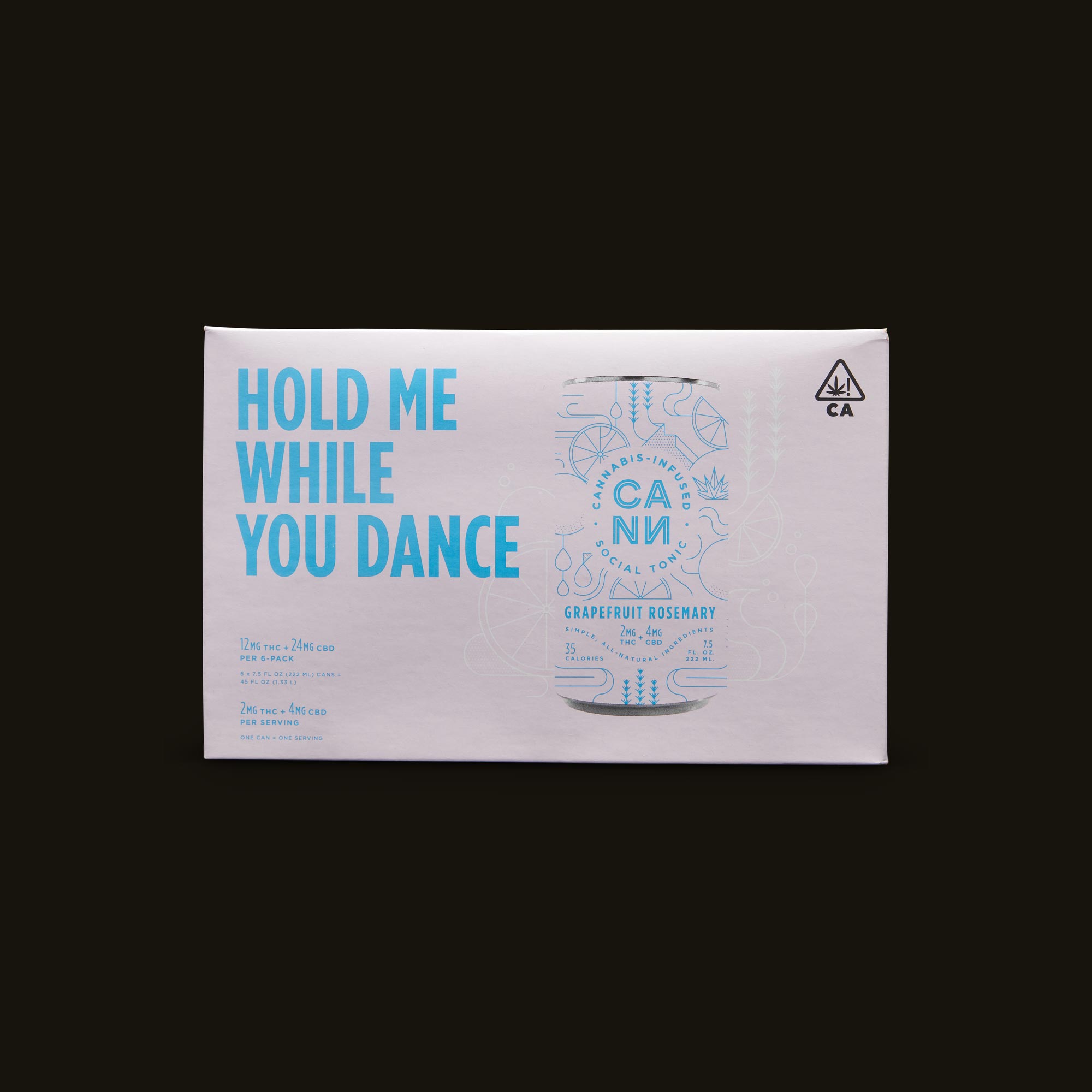 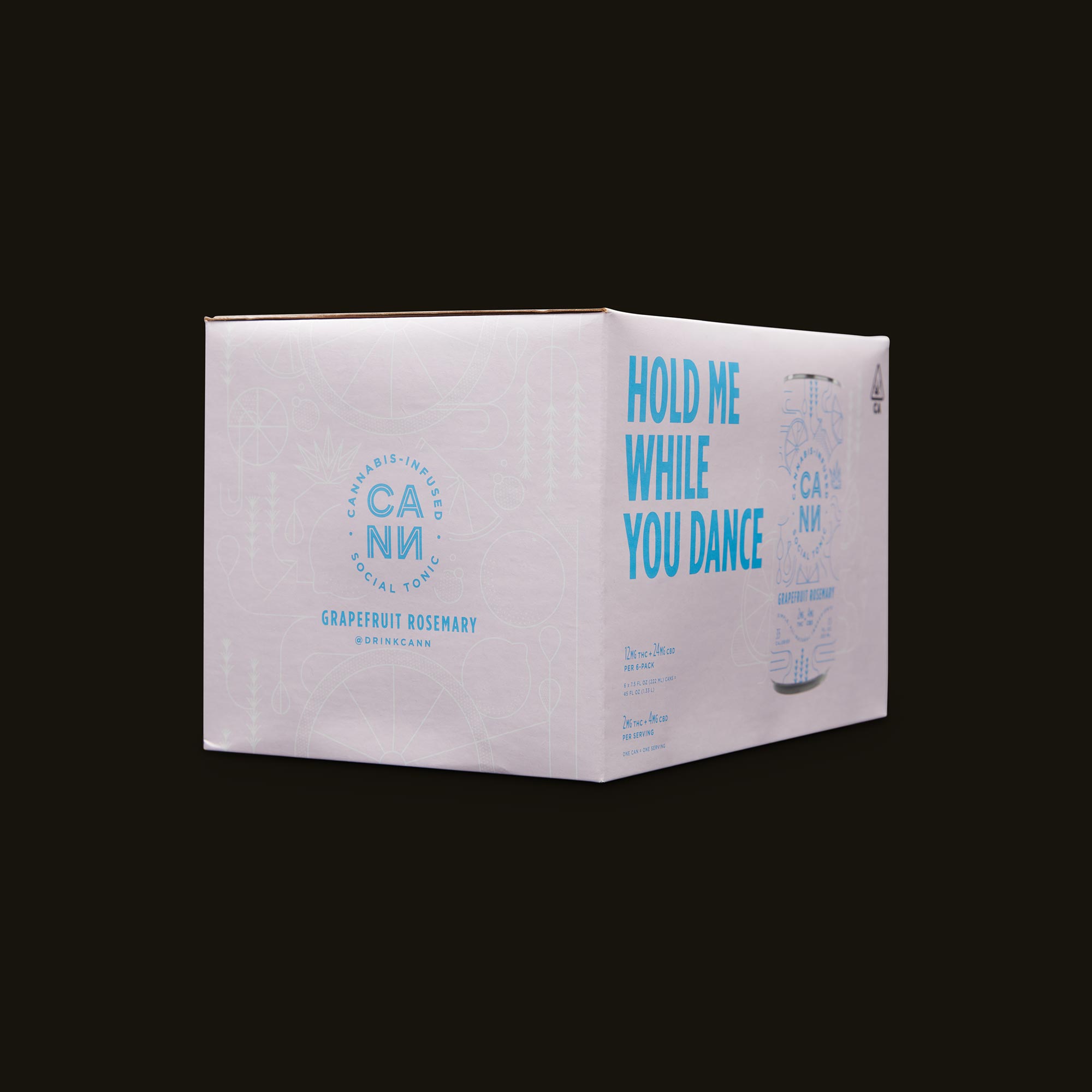 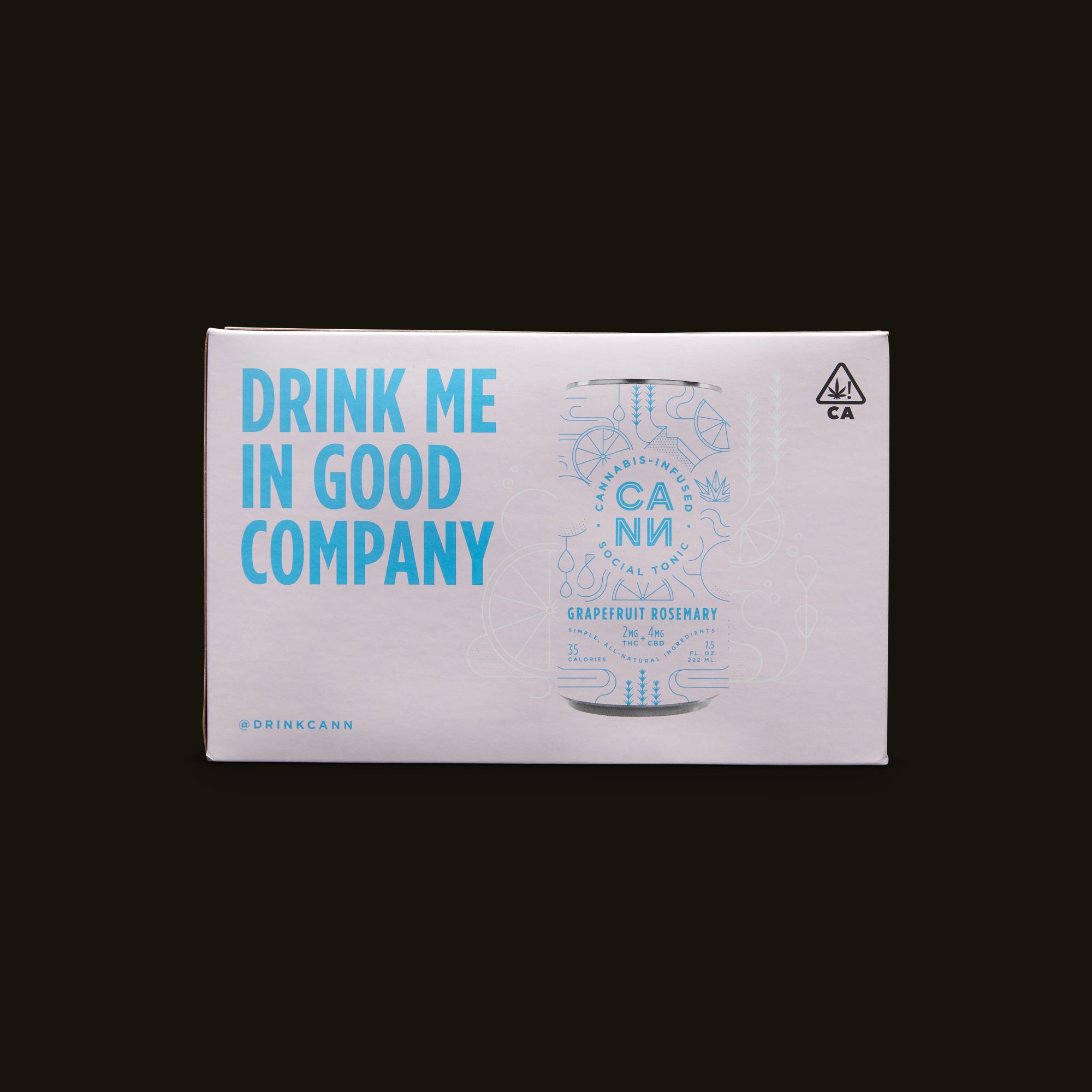 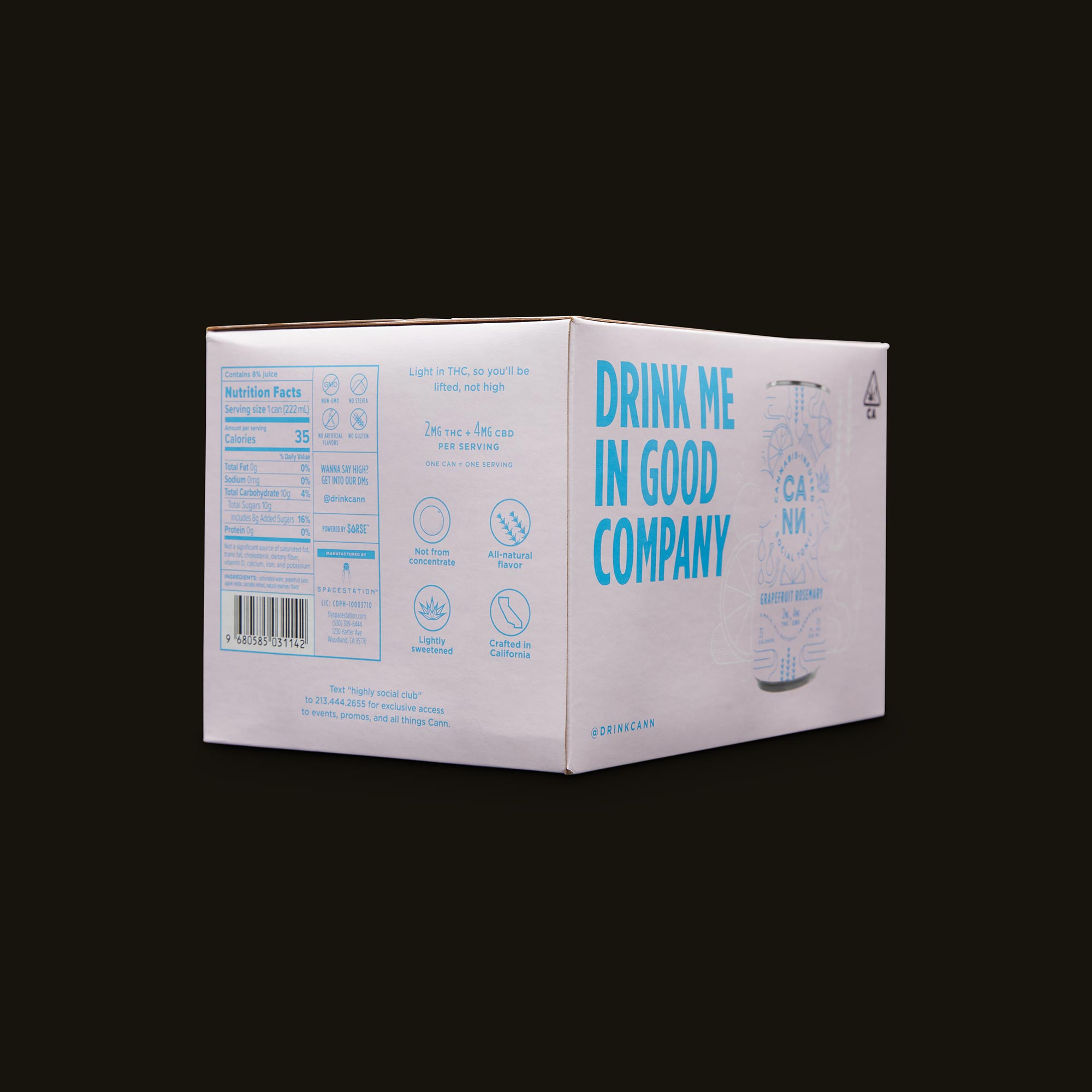 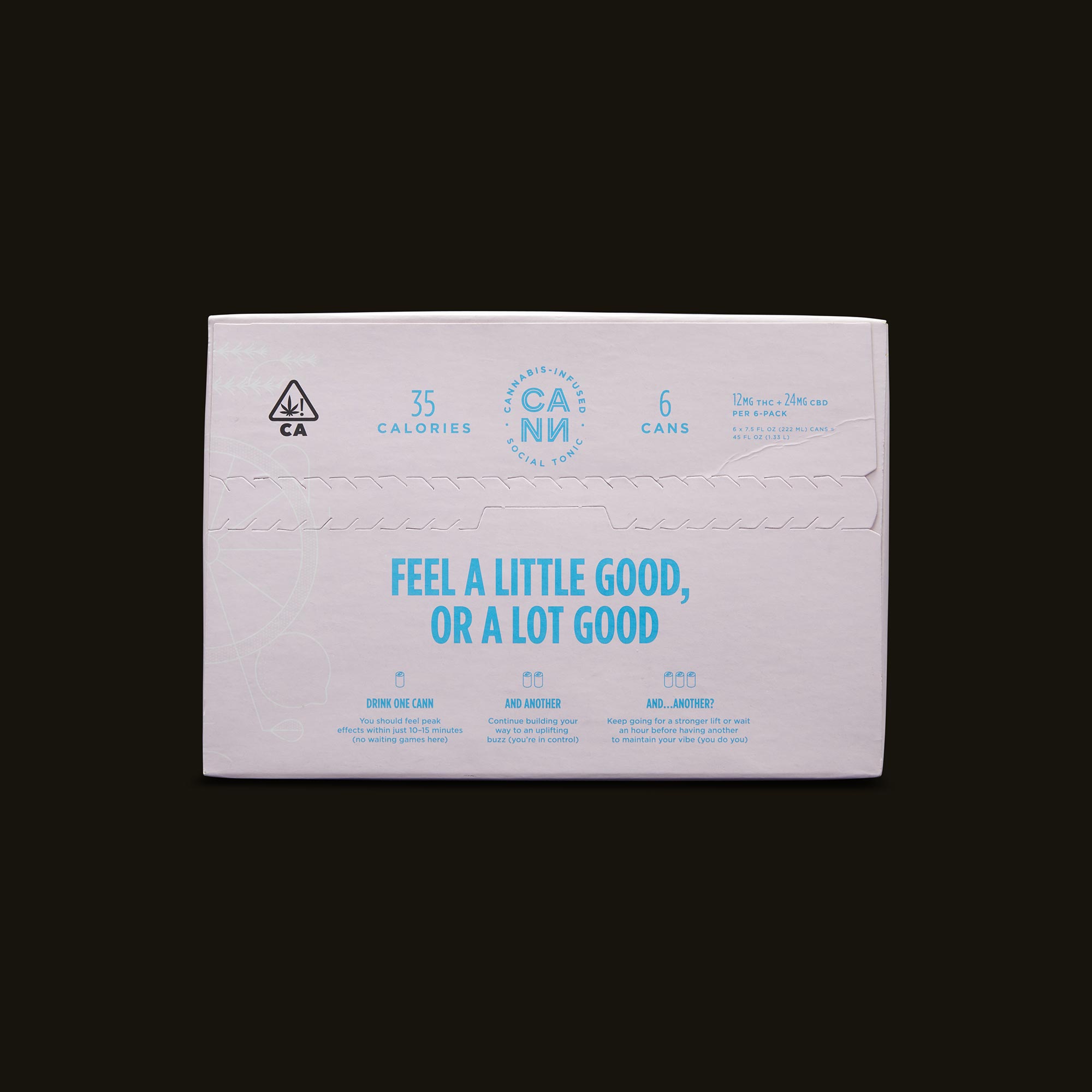 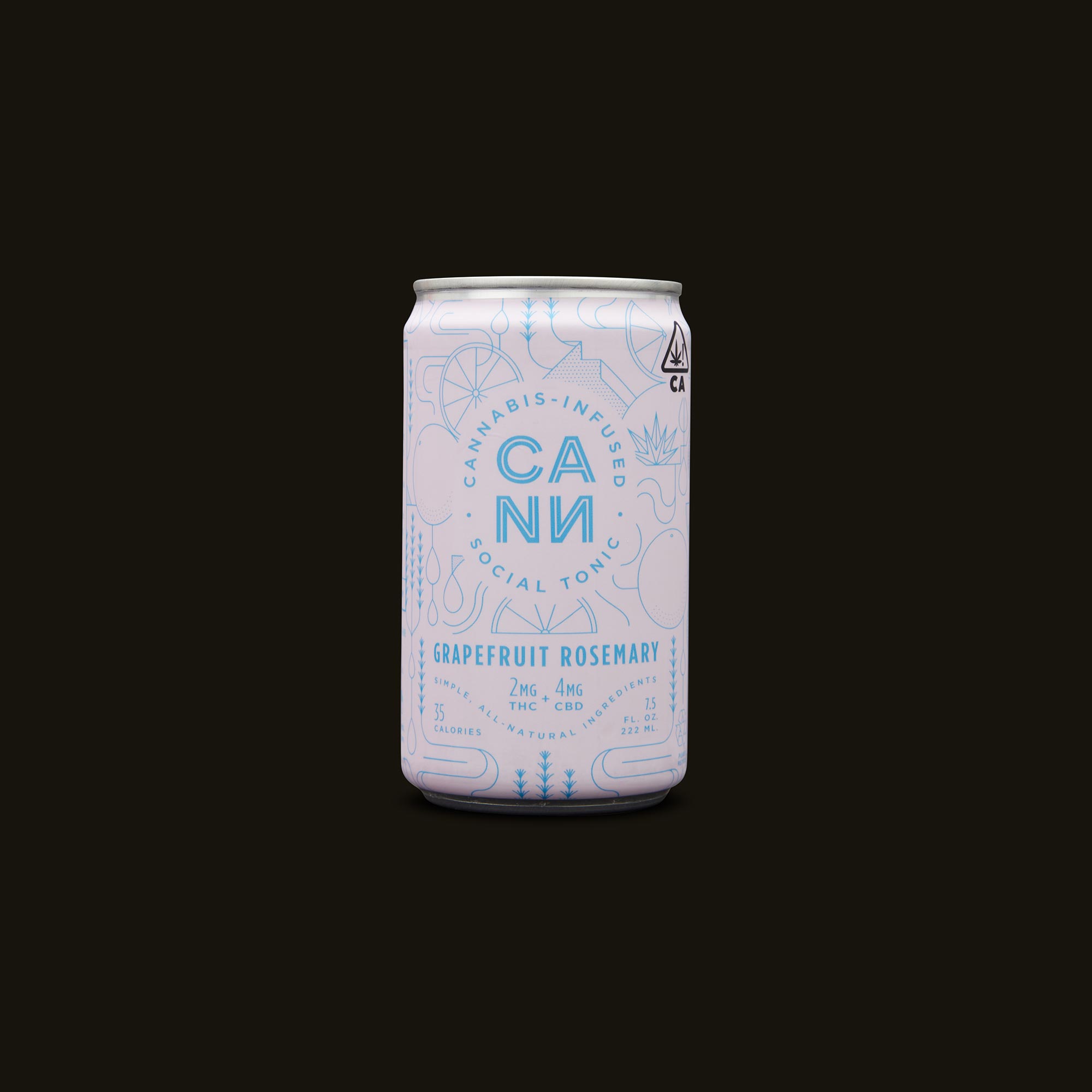 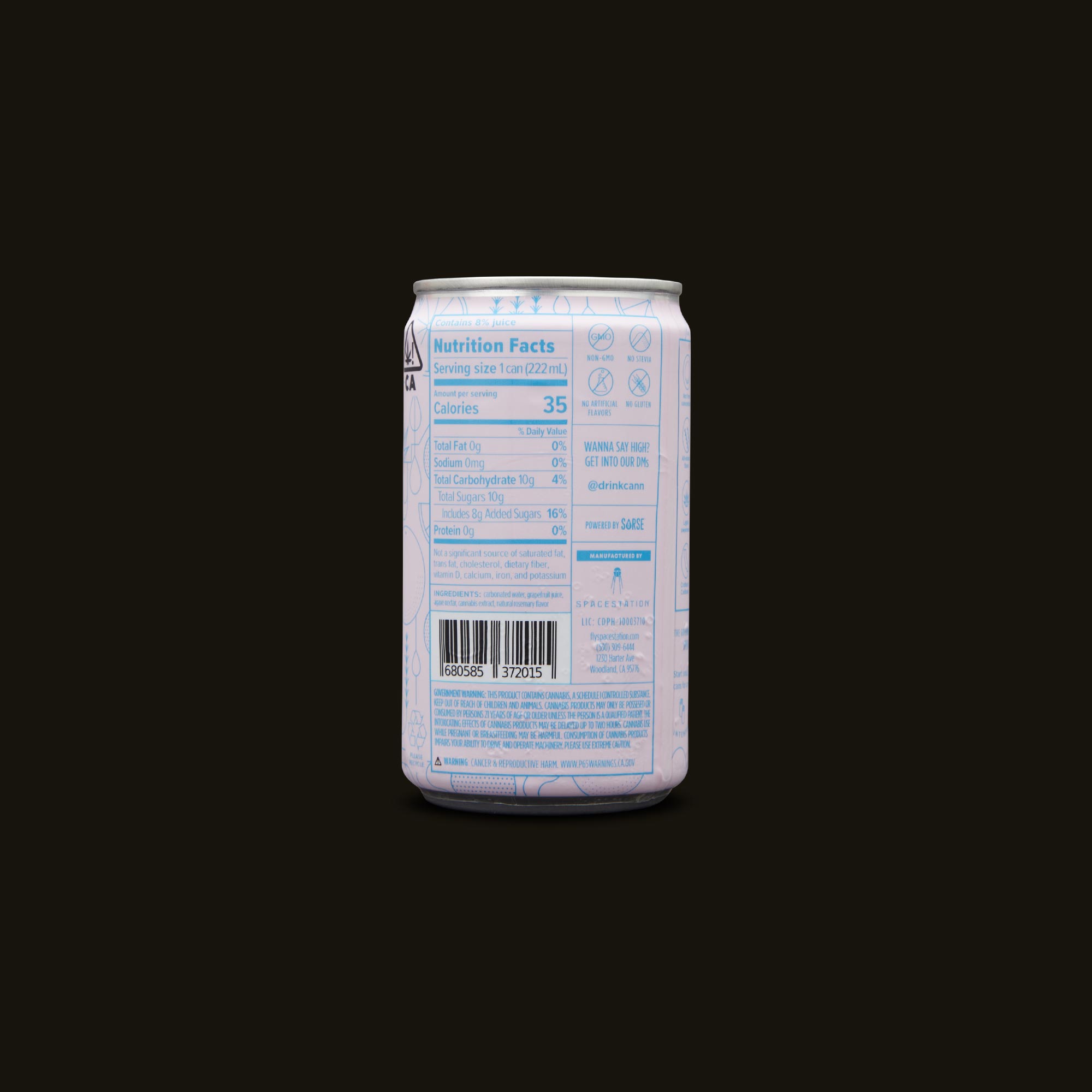 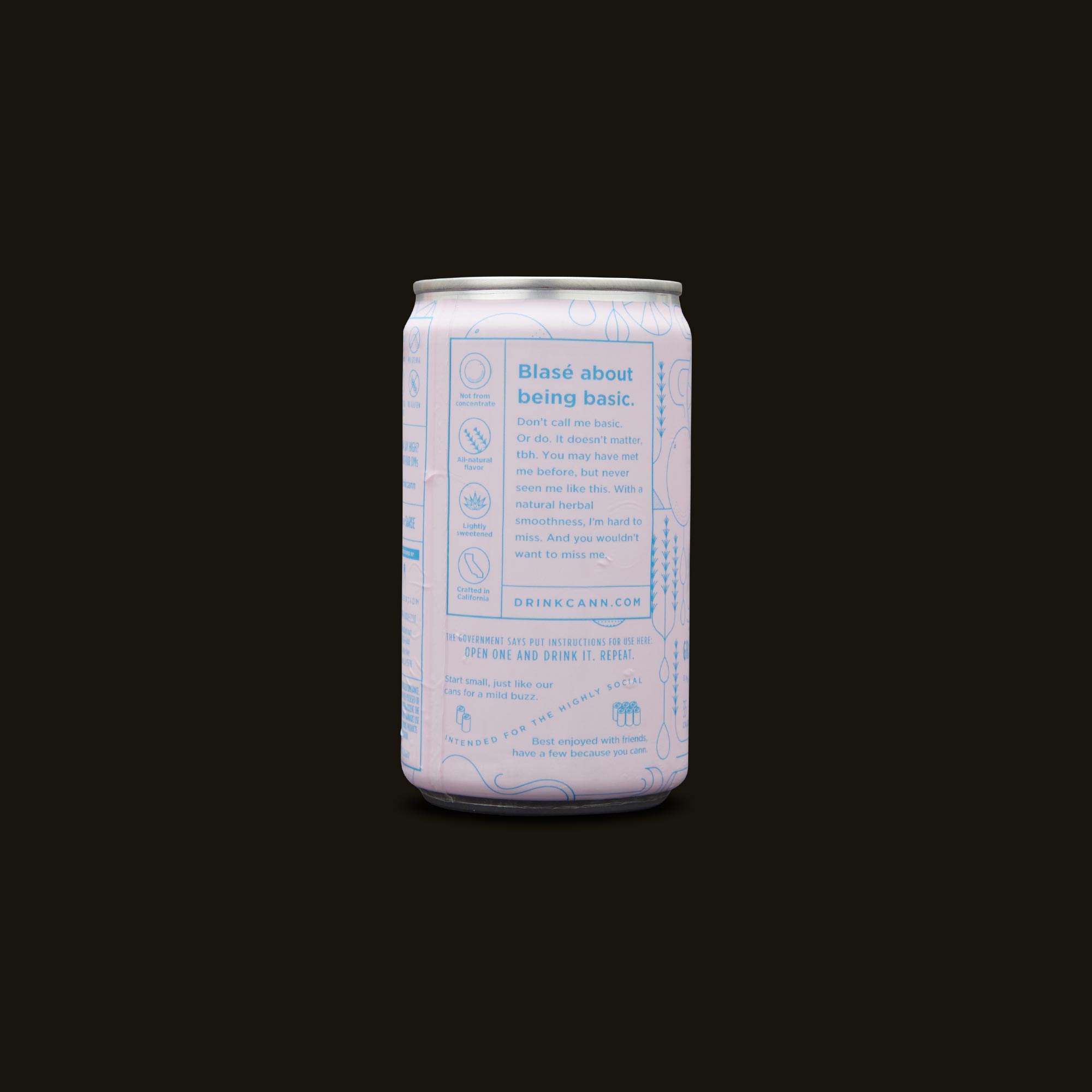 As our committee rates Grapefruit Rosemary Social Tonic, we capture their experience in real time through our ratings app and report everything back here.

Ranked 1 of 80 in Beverages for feeling Relaxed.

A Perfect Afternoon With A Perfect Weed Drink

Whether you're feeling fancy or laid-back (or both), this sparkling beverage has you covered.

IN REVIEW: This surprisingly light and tasty weed drink by Cann contains 2mg of THC and 4mg of CBD per tiny can, making it great for cannabis newbies. The high is equally light and refreshing and could easily accompany a night out or in. True perfection is hard to come by but reviewer Luca found that this drink passed every test.

This sparkling 2:1 CBD:THC Social Tonic by Cann is a refreshing entry into the drinkable medicinal market. The grapefruit with hints of rosemary make for a distinctive flavor profile that is at once refined and soothingly subtle. It gives off no taste of what one would normally associate with cannabis and comes in a rather coquettish 7.5-ounce can.

One could easily picture themselves pouring this stylishly packaged beverage into a rosé glass at a café along the Champs-Élysées. Taking sips in between well-timed jokes with a friend or lover perhaps and impressing the waiter with your extensive knowledge on the reproductive cycles of domesticated marsupials. Or maybe you can take this curious elixir out onto your ivy-covered veranda as you watch the world go by through its pink-hued bubbles. Some grapes and cheese will no doubt be on hand and the faint sound of an Edith Piaf record may be coming from the anteroom.

“My buzz lent itself nicely to the many free nectarine slices and apple wedges on offer.”

Of course I had no such fineries or romantic locales at my immediate disposal so I decided to take my fanciful high out for a spin at the Sunday farmer’s market. Before I left for the market, I was about two cans deep. Coming in at a grand total of 4mg of THC and 8mg of CBD, I was sufficiently primed for a laidback stroll through a tightly controlled maze of vegetable-cluttered tables and farmhands encouraging you to sample this season’s top peaches—and sample I did.

My buzz lent itself nicely to the many free nectarine slices and apple wedges on offer but I dared not look like a rudimentary sample thief. The trick is to stay stationary for at least five seconds and savor the complimentary piece of citrus as if you are deliberating on whether or not you want to purchase the full fruit. To simply grab and go conveys a sense of entitlement I was not prepared to put forth on this good-natured high.

To make matters more chill, there was a Bohemian minstrel on hand who played acoustic guitar for the market patrons. His rendition of “Kiss” by Prince was rather lackluster but when he went into his haunting version of “Hallelujah” by the great Leonard Cohen I found myself sinking deeper into my CBD-enhanced headspace.

This lone busker had a voice so disarming that I nearly floated past the bell pepper exhibit and bumped into the rare amethyst dealer that was set up next to the songbird’s open guitar case. As I leaned in to leave a dollar we locked eyes for a California second and he nodded approvingly. Then he brought home the chorus and you could tell he was feeling all the words because he had his eyes shut the whole time. Clearly we were both high.

“The notion struck me that this would be a perfect mixer for your hard liquor of choice.”

I did wind up purchasing a couple yellow peaches as a sign of good faith and headed home in a wholly positive mood. I drank my third can on the patio as the sun was setting and my dog was curled at my feet and every now and then the wind chimes would ring with a passing gust of wind and I thought to myself, “Self, this is a nice moment.”

I had even poured my can into a scotch glass to crank up the class level ever so slightly. The notion struck me that this would be a perfect mixer for your hard liquor of choice. I gently filed that away under “things to do in the future” and then resigned myself for a quick siesta on the chaise lounge. When I got up I was still clear-headed and noticed that my lower back pain had not hijacked my thoughts for some time. A sense of calmness washed over me and I decided that I should not waste these sensations alone and indoors. Thus I decided to go to the movies, where I would admittedly still be alone and indoors but I’d be accompanied by other loner shut-ins, so you could argue it’s not really being alone at all.

But what sort of movie would capture the essence of this fancy and refined sparkling beverage? The answer seemed obvious: Downton Abbey. As my wife would rather have an elective root canal then see a British period drama with me, I trekked solo and was delighted to see that I was the only one in the theater—or so I thought. I let out a large belch before the movie started and I instinctively looked over both shoulders to make sure nobody was around. To my horror, I spotted one diminutive older lady sitting in the way back. She was wearing oversized Lew Wasserman glasses and a perfect bowl cut and she raised her hand in the air as if to signify that I was amongst people.

I let out a sheepish, “I’m sorry,” and reclined ever so deeply into my chair and medium popcorn that cost somewhere around $800. I regretted not saving another Cann beverage for the screening. I could have easily hid it in the pocket of my hoodie but I had already been guilty of one social infraction and my fragile ego could not suffer another. Lucky for me, I was still adequately uplifted and went on to lose myself for the next two hours as I reveled in the exploits of the Crawley family and the intrepid staff at Downton Abbey.

While Cann’s cannabis-infused social tonic would be perfect for a friendly gathering, I’d say its greatest attribute is helping you enjoy your own company. The taste is simply peerless and its modest and classy packaging puts you into a creative and fun mindset from the start. What unfolded was a day that paid no heed to nagging burdens. A short-lived but worthwhile experience for all matters of play.

Be the first to review Grapefruit Rosemary Social Tonic from Cann and help others find their high.