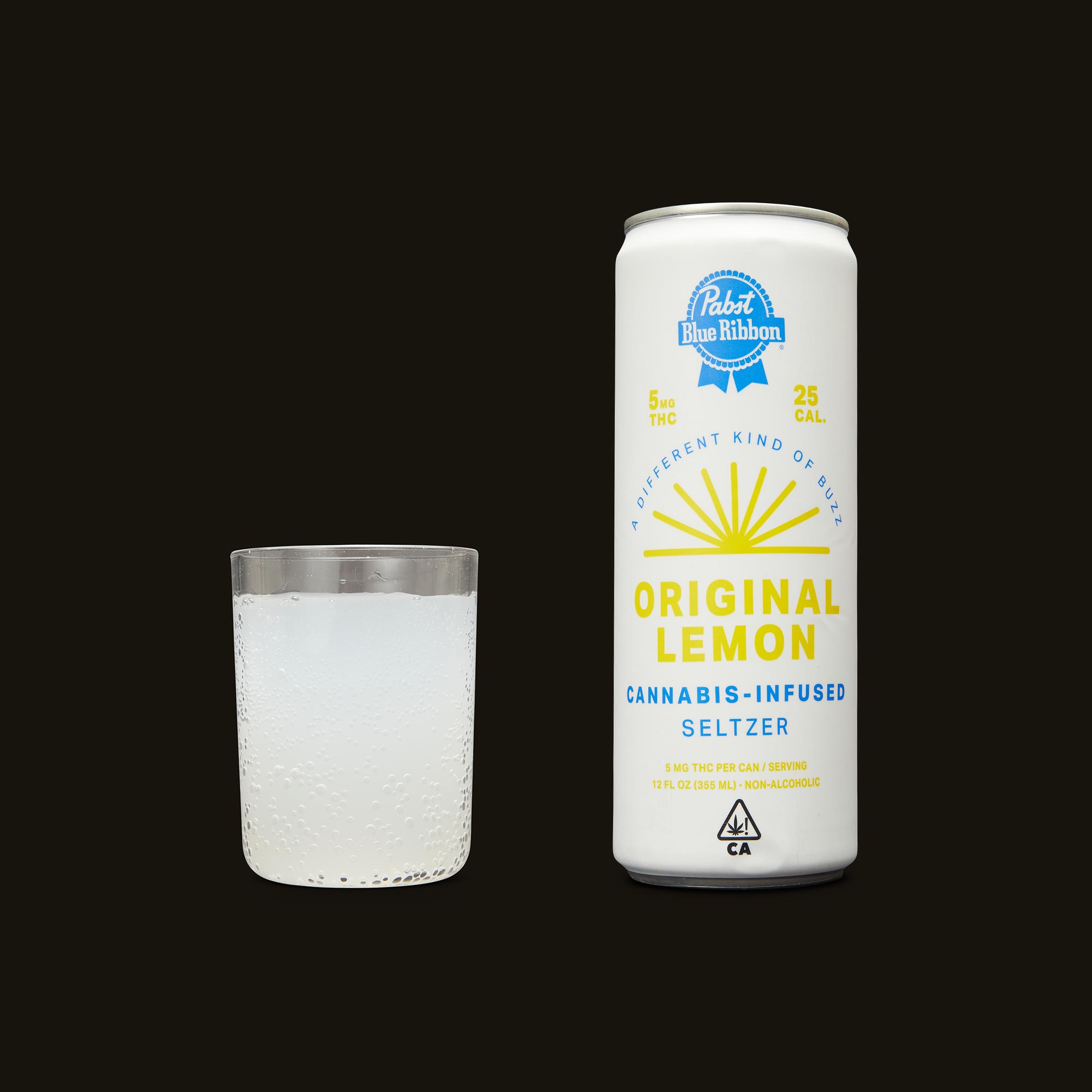 Ranked 2 of 47 in Beverages for feeling Euphoric. 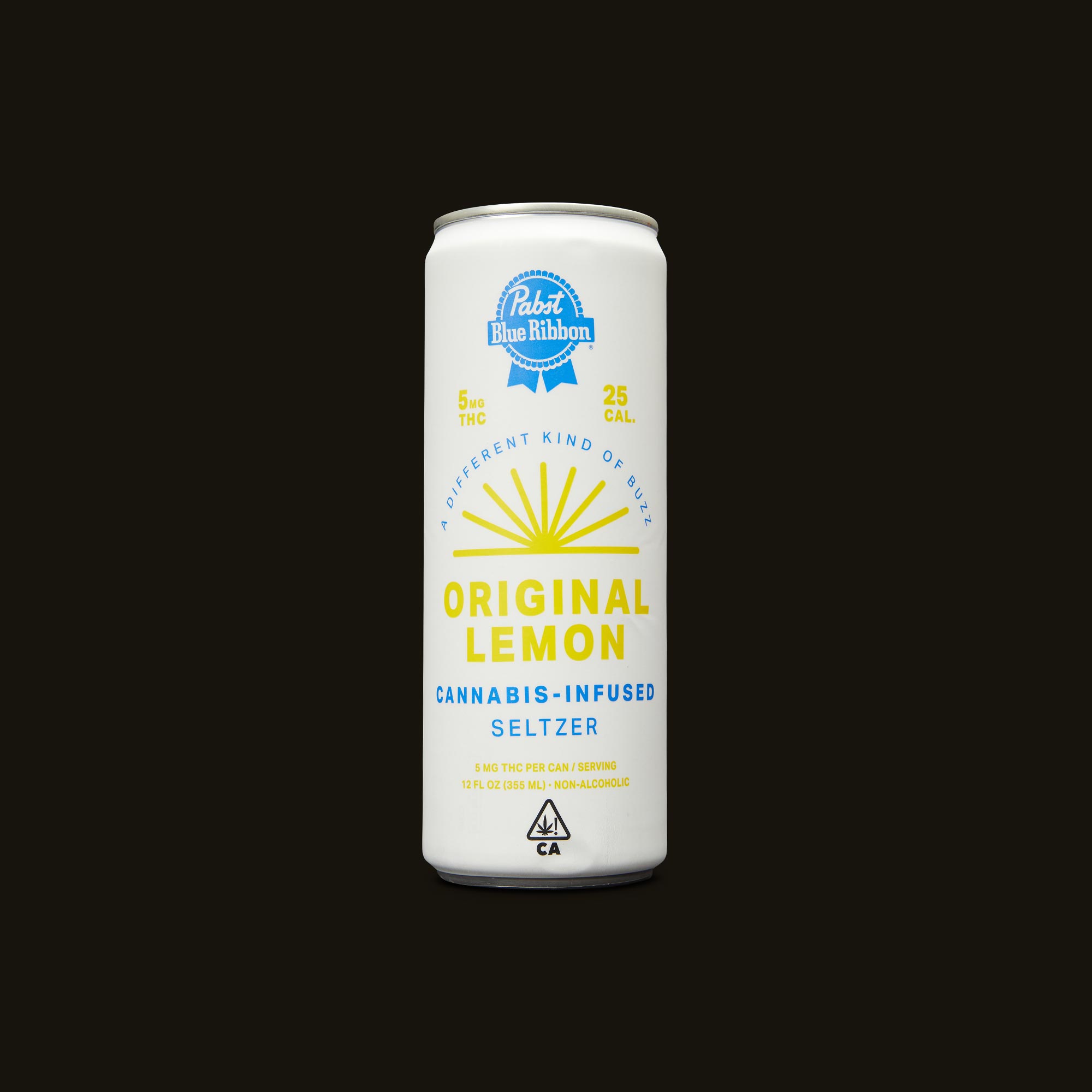 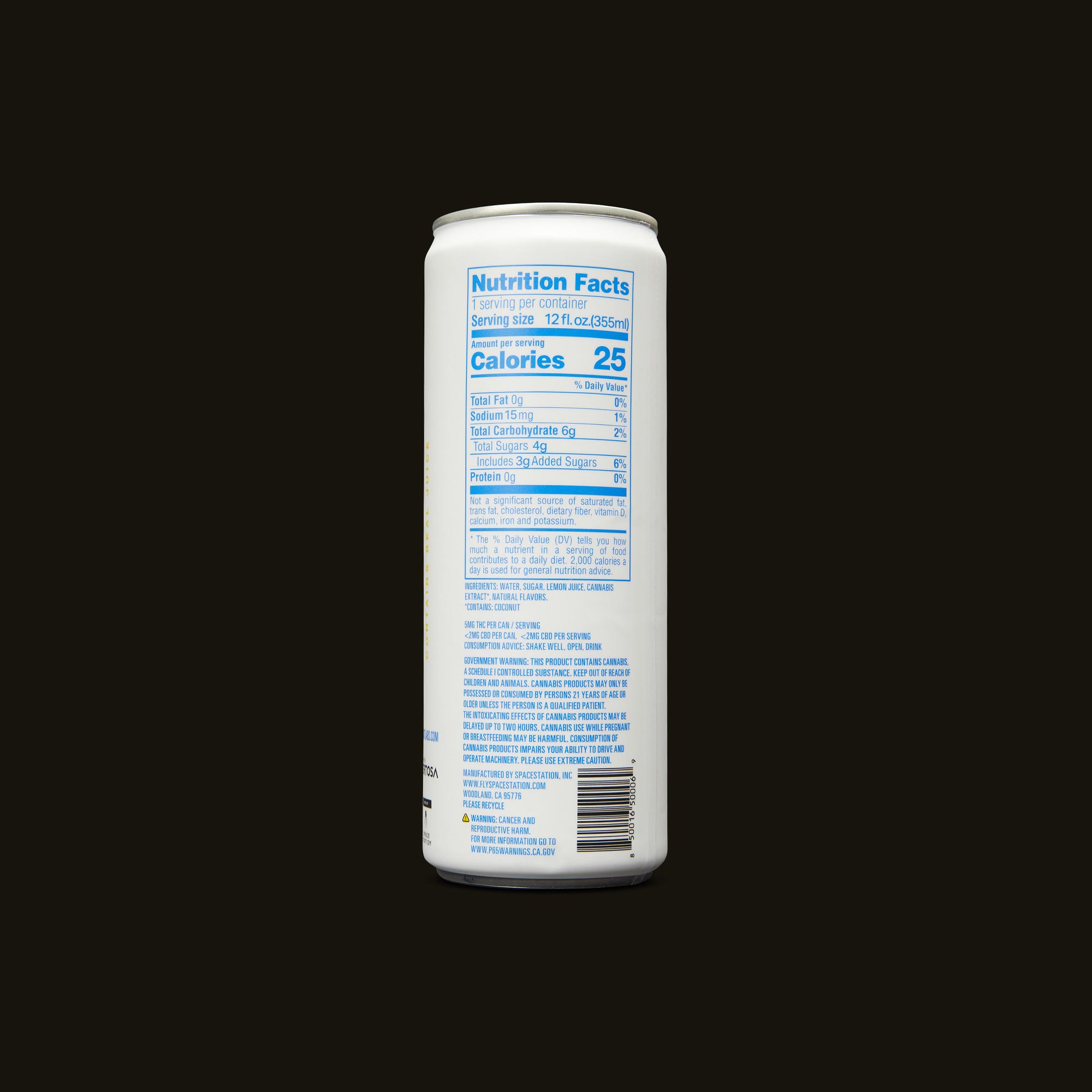 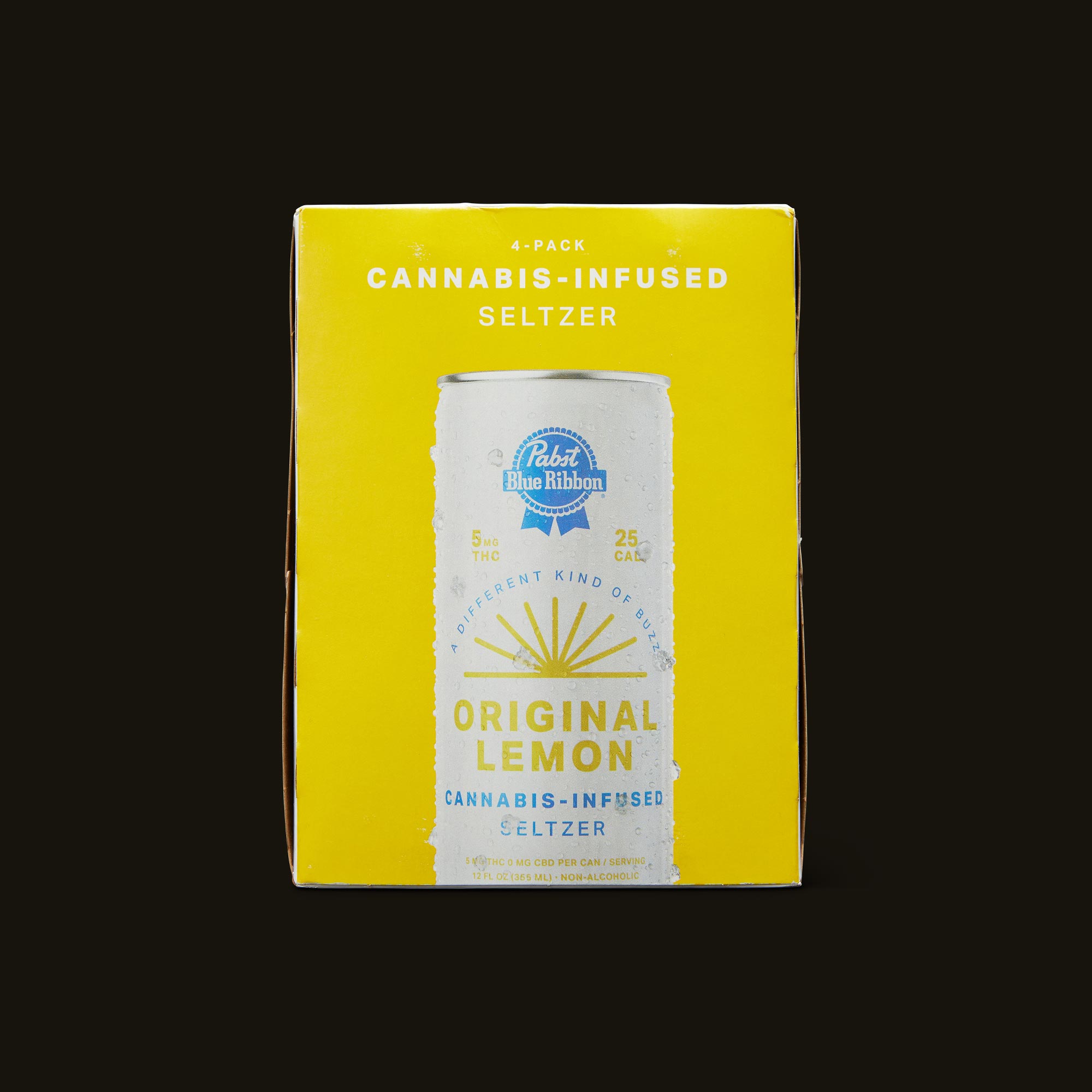 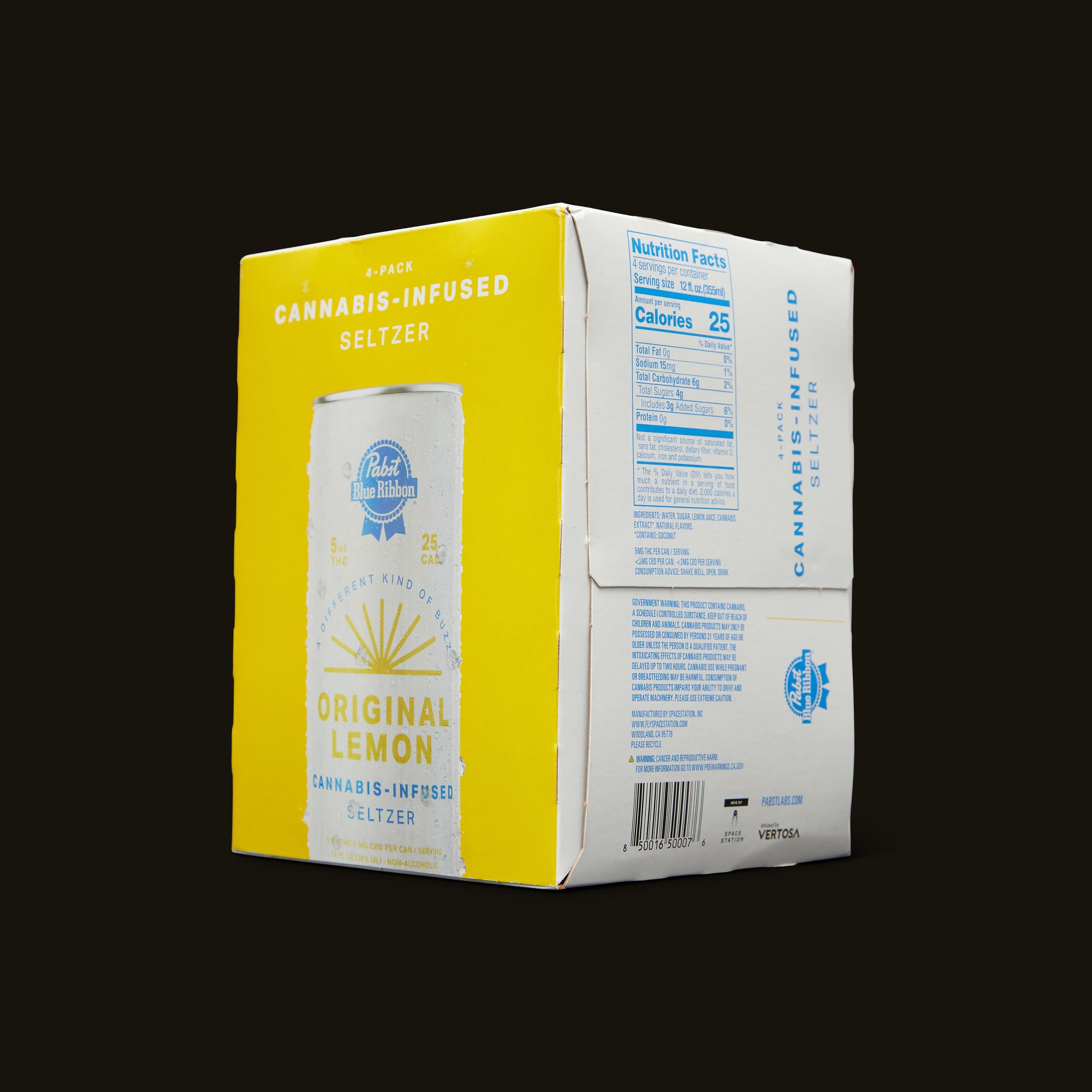 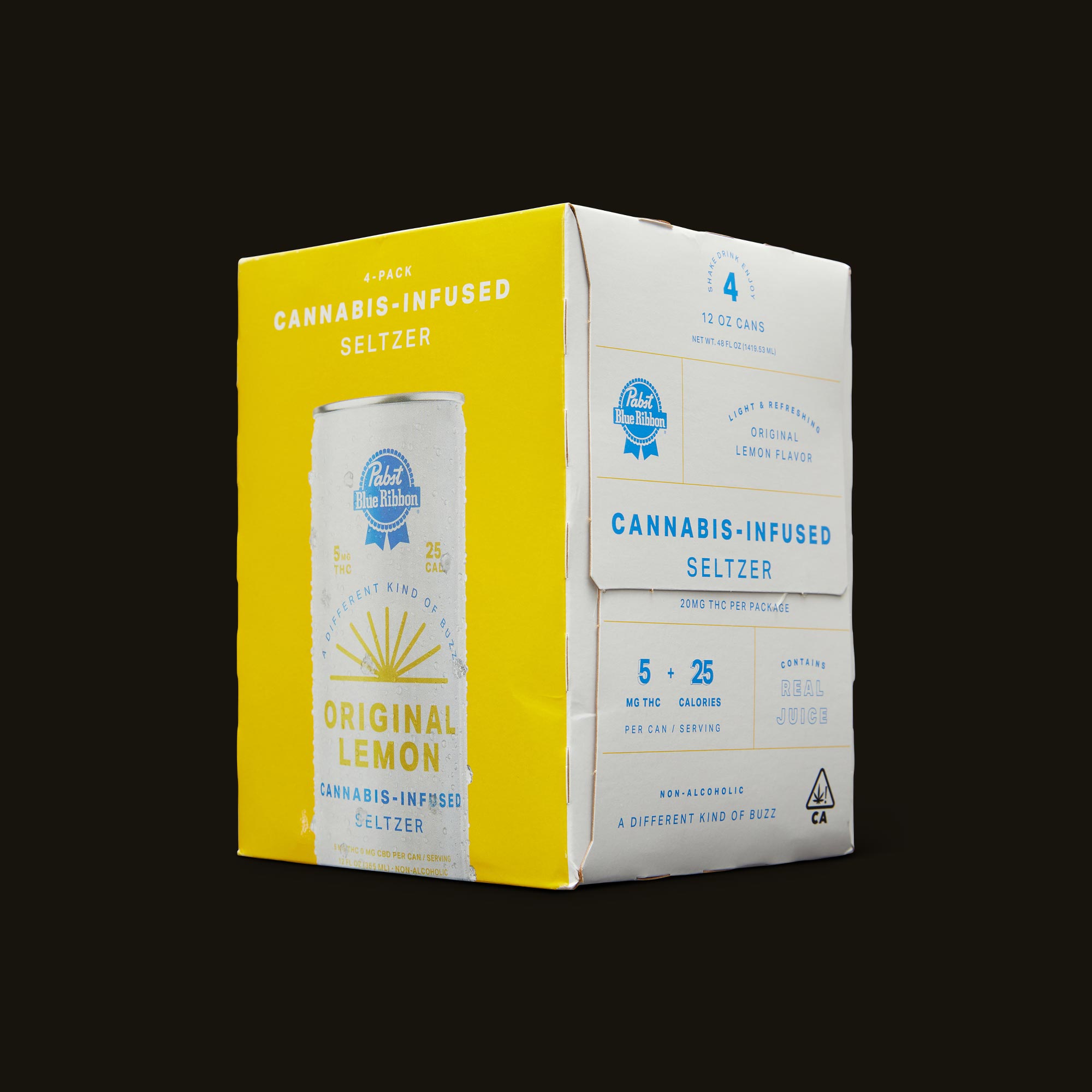 As our committee rates Original Lemon Seltzer, we capture their experience in real time through our ratings app and report everything back here.

Ranked 2 of 47 in Beverages for feeling Euphoric.

Love this relaxing and very uplifting high. Perfectly pairs with a night spent with friends.

Summer In A Can For Football Sunday

IN REVIEW: We all know that sports and beer are a match made in heaven—but wait until you try Pabst Blue Ribbon’s Original Lemon Seltzer. This shandy-esque, THC-infused beverage leaves you feeling euphoric and focused on the present moment so you can catch every second of the game. Bonus points: there’s no risk of a painful hangover. So let the 5mg of THC transport you to a rosy and relaxing place as you watch your team take on their rival.

Football was a Sunday ritual in my house growing up, and while I don’t exactly follow the teams as an adult, there’s something about watching the games that feel like home. The snacks, the roar of the crowd, the bravado of the athletes, the drinks, all of it reminds me of simpler times chilling in my parents’ living room—and now that I have my own living room, I get to do things my way with cannabis-infused refreshments.

I usually go for a beer-joint combo for football Sunday, but last weekend I decided it was time to switch things up. I was tired of the usual beer lineup, and even more tired of crashing halfway through the day from day-drinking. I popped open my fridge, grabbed the new THC-infused Pabst Blue Ribbon Original Lemon Seltzer, and cozied up on the couch with my boyfriend and the game.

““I wonder if pigeons like football,” I thought to myself, clearly high.”

I cracked open the sunny and inviting can, and it bubbled open with the same fulfilling sound of a classic PBR tallboy (I went to a hipster Midwest art school so that essentially means I’m a PBR expert). I took a sip and my taste buds rejoiced. The flavor was crisp, bright, extra lemony, and it finished with a smooth, round texture as I took my first gulp. The seltzer had a shandy-esque vibe without any strange bitterness from the weed—just pure summer in a can.

Feeling refreshed already, I finished the seltzer in minutes and settled into watching the game. As the players ran and back and forth down the field, I found myself cheering at the screen, unnecessarily jumping up and down, and honestly having much more fun than usual. I felt lighthearted, playful, and energetic as the gentle high began to sink in—even giving my boyfriend a few loving punches on the shoulder as I continued to get wrapped into the excitement of it all.

When halftime rolled around, I made a big bowl of popcorn and plopped back on the couch with a smile. Even the kernels seemed to taste better than normal, as each salty bite crunched in my mouth. As I shoved snacks into my face, I muted the commercials and took a pause to admire the day.

While it was a chilly fall afternoon, the sun unapologetically shone through the windows without a cloud in sight. It felt so good to just relax, with nothing to do but just be present. The infused seltzer gave me a sense of both groundedness and joy. I stared out the window for a moment into the blue sky and lost myself watching a pigeon flap its wings on a nearby rooftop.

“I wonder if pigeons like football,” I thought to myself, clearly high (the 5 milligrams of THC packed more of a punch than I was expecting). Just as quick as my bird friend landed, it flew away and I was drawn back into the game.

My boyfriend offered to grab me a beer from the kitchen, and I declined the offer and opted for a can of sparkling water instead. I like a good beer just as much as anyone else, but the cannabis-infused PBR had already given me exactly what I needed. I felt social, bubbly, and actively engaged in the game.

“I felt social, bubbly, and actively engaged in the game.”

As the game came to a close, I jumped for joy as my team won and sighed with pleasure as I sat back down on the couch. My high had begun to gently wear off by that point, giving way to a refreshed and clear mindset. Instead of dozing off into my usual Sunday naptime, I felt the urge to go out and take a walk on this sunny fall day—while my boyfriend on the other hand had slipped off into a beer and dab induced slumber.

Although both outcomes are equally relaxing, I much prefer the active and euphoric vibe that Pabst Blue Ribbon’s Original Lemon Seltzer left me with, not to mention the zesty lemon flavor. The dosing is also spot-on for both beginners and experienced smokers. If you’re a newbie to cannabis, one will certainly do the trick, but knock back a few and even someone with a high tolerance will start to feel the effects. I can see outdoor lovers and sports fans alike going for a case of these THC-infused seltzers over heavy beers for those days when you just feel like doing something a little different. Just make sure to invite me to the party.

Awesome beverage. Easy to drink and will definitely recommend my friends to try it.

Easy to drink and very enjoyable drink. Finally I found the only one cannabis drink which I would drink with my friends. 5 star!