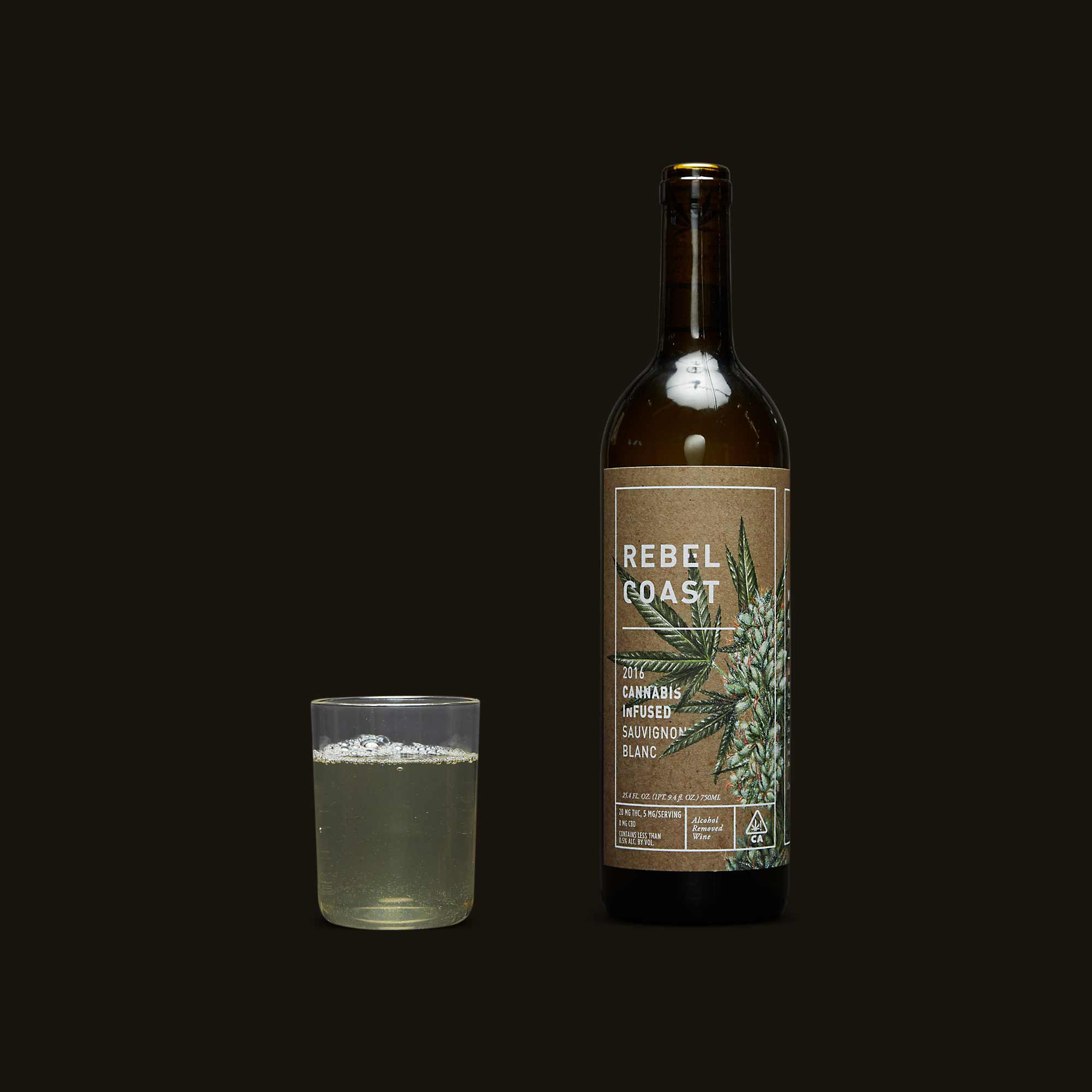 Rebel Coast's Sauvage is the dream drink for winos and cannabis smokers alike. While it has a flavor of diluted grape burned herb, the resulting high is full-bodied and euphoric. The high makes up for what the intake lacks in quality, but its price tag puts it in the special occasion category. This giggly high is recommended for a movie night with friends.

Ranked 29 of 50 in Beverages for feeling Relaxed. 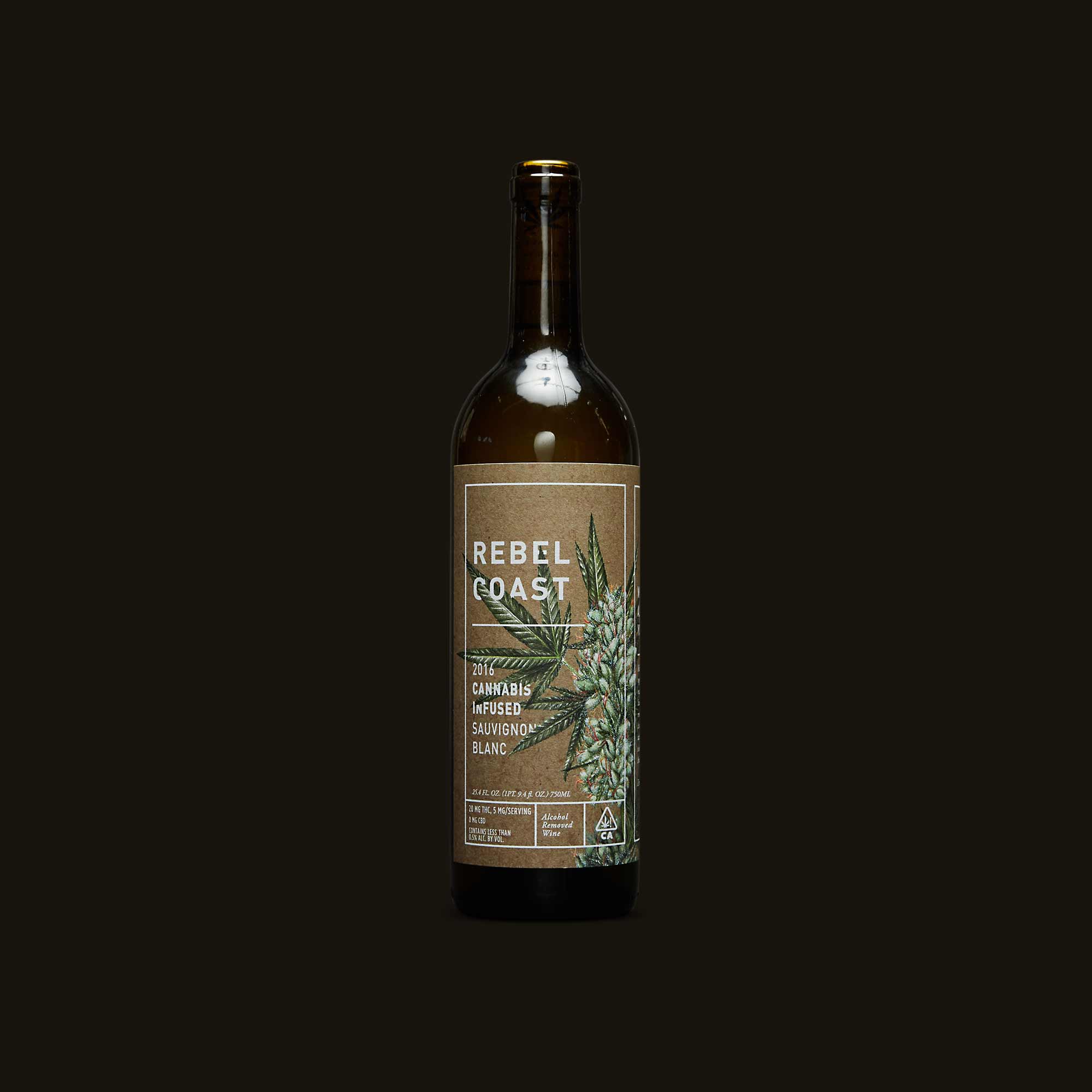 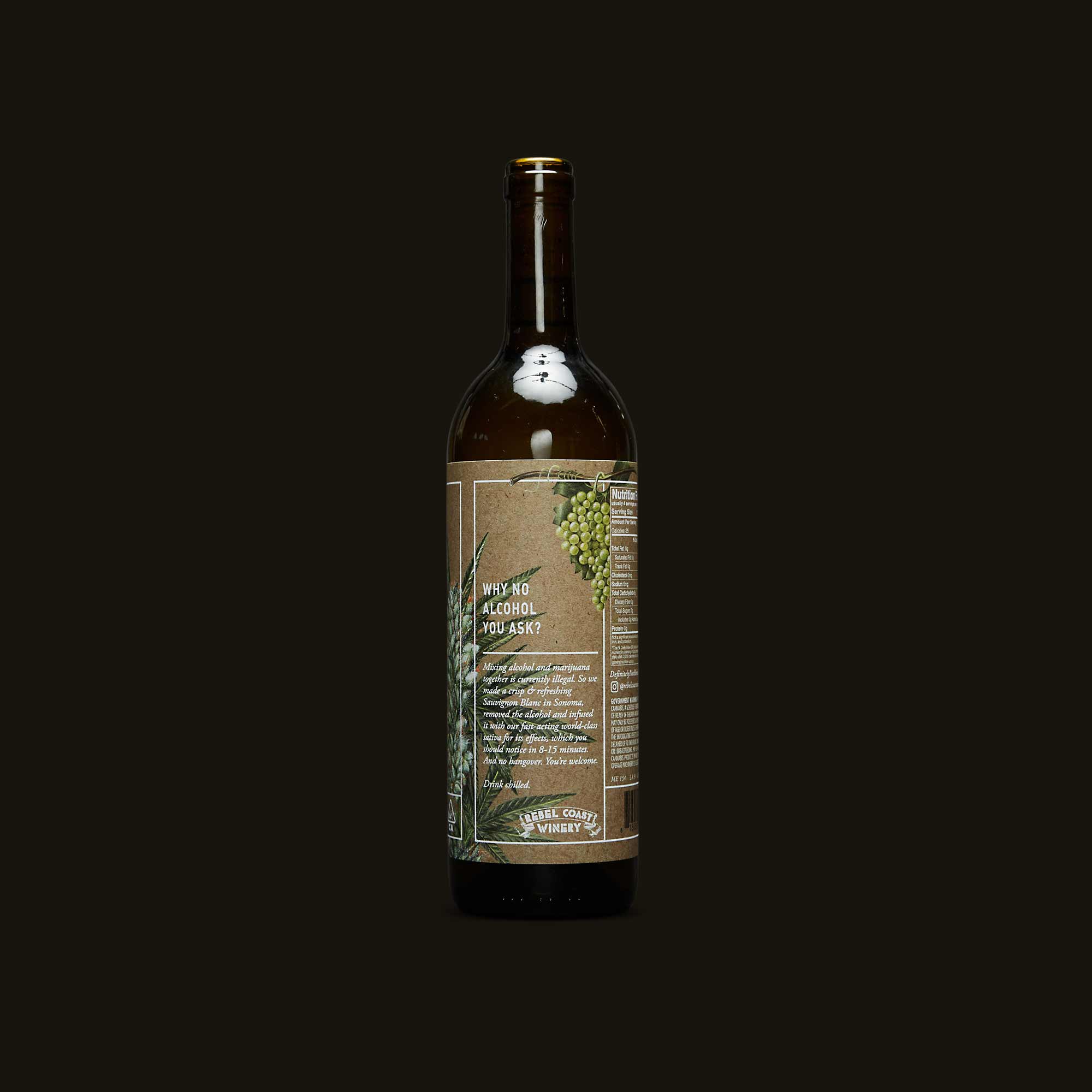 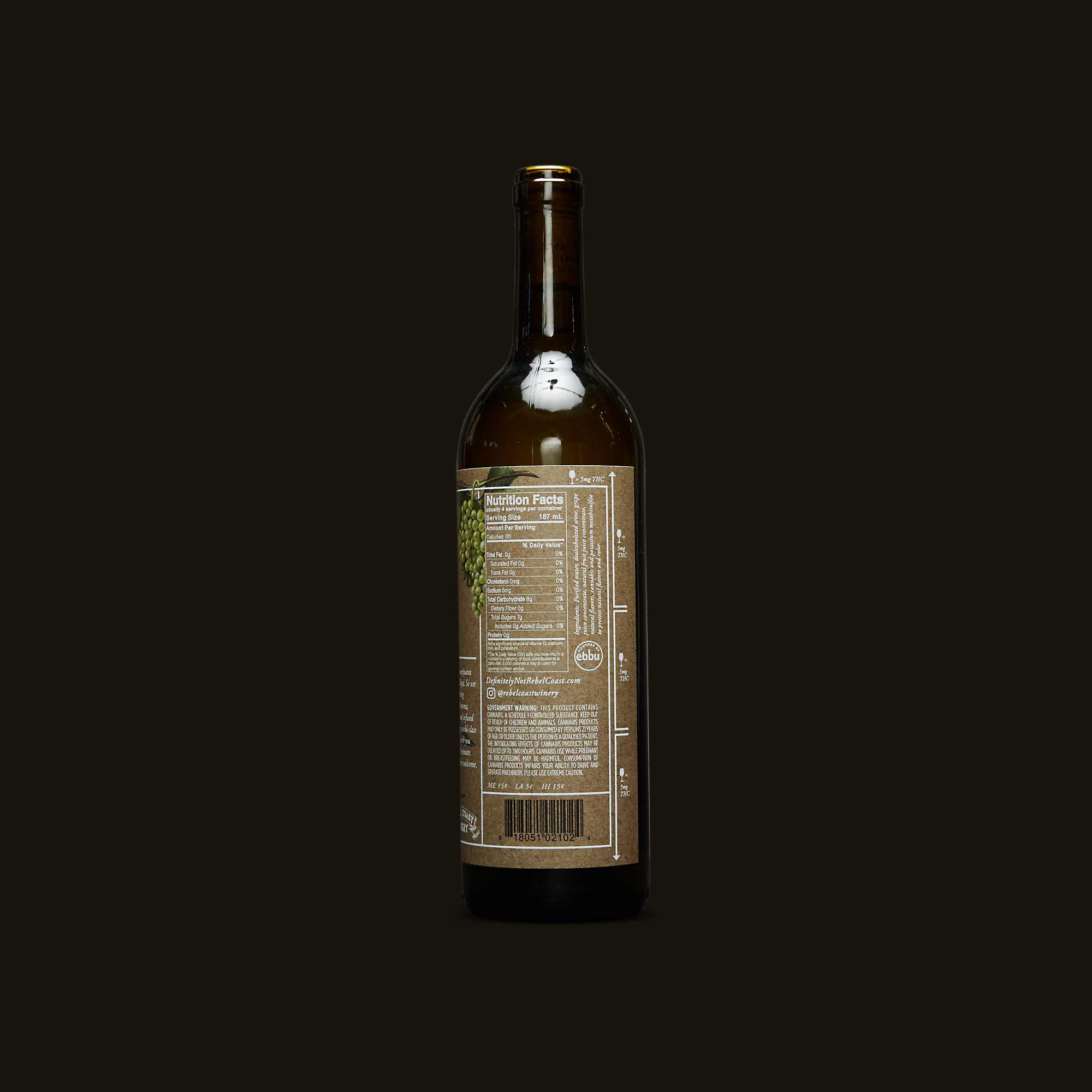 As our committee rates Sauvage, we capture their experience in real time through our ratings app and report everything back here.

Ranked 29 of 50 in Beverages for feeling Relaxed.

Best within 24hrs of opening

Things only get more ridiculous from there.

But first, the weed wine. Rebel Coast's 2016 Sauvignon Blanc is essentially a cannabis-infused, fermented grape juice without the alcohol. Beyond the fact that we should probably all avoid getting crossfaded for our own health and wellness, the state of California has outlawed weedy alcoholic beverages. So, there’s that. There is a somewhat surprising benefit to leaving out the alcohol, though. According to Rebel Coast’s website, each glass contains only 35 calories—that’s roughly 100 calories less than your average glass of white wine. But those calories or lack thereof don’t mean much of anything if you have the desire to inhale a plate of taquitos once the high kicks in. I hate to say it, friends, but weedy treats are rarely diet-friendly.

“I appreciate the fact that the dosing actually makes sense for this particular beverage.”

After settling into the couch with a heap of dim sum and Body Double cued up on Amazon Prime, I poured each of us a hearty glass. I appreciate the fact that the dosing actually makes sense for this particular beverage. At 5mg THC per glass, it’s approachable for the cannabis curious without being too weak for casual users. In my mind, it equates to the subtle buzz non-alcoholics might get from one glass of wine. And in case your wine glasses have a lot more girth than the average 5-ounce variety, Rebel Coast has dashes on the bottle’s label marking off 5mg doses. Nice touch.

I asked Mike how he was feeling before we dove in. He reported feeling “chill,” and while I was happy for him, I had a lingering headache threatening to strike back with a vengeance. Normally, I’d never open a bottle of wine with my brain close to implosion, but knowing this one was weed-based prompted me to throw all caution to the wind. So, we clinked our glasses and took large swigs.

My first impression? Yuck. It tasted like watered down grape juice with a wisp of charred plant matter. This did not have the complex flavor profile of my bougie French countryside dreams—or even my boxed grape juice on the blacktop dreams. You know that meme about La Croix tasting like sparkling water that’s been flavored by someone shouting the name of a specific fruit from the other room? That’s what this wine was to me flavor-wise—a diluted disappointment. Realizing there would be no sipping or savoring this weed wine, I poured what was left of my serving into a shot glass and knocked it back. The charred plant taste I picked up on my first sip lingered in my throat and I stifled a burp, lest I throw up.

In the midst of my Herculean struggle to get this stuff down, Mike sat on the couch perfectly content nursing his glass. “Its flavor profile is like a bushel of grapes soaked in apple juice,” he said with a shrug. “Who wouldn’t want to sip some Martinelli’s that gets you faded?” Fair point, psycho.

Soon after putting on Body Double, I realized this might not be the best film to test a new high. Everything about it—from the acid trip of an opening scene to the cringeworthy overacting—left me wondering 1) how anyone secured the funds to make this movie and 2) if the person who wrote it had brain damage. For the longest time, I couldn’t tell if the dubbing was off or if I was in fact blazed out of my mind.

“This is definitely the first 'wine' I’ve tried that actually cured my headache.”

Then, about 30 minutes after my first sip, I felt the inklings of a body buzz kick in and a light euphoria wash over my mind. I must say, this is definitely the first “wine” I’ve tried that actually cured my headache instead of causing one. The high kicked in right as we approached a crucial turning point in the movie in which Craig Wasson (expertly played by G-list actor, Jake Scully) watches a rich lady dancing in her underwear via telescope. Between the ethereal music and, uh, interpretive dance moves, I was crying from laughing so forcefully.

Look, I can admit the high was pretty phenomenal. I laughed until I wept and when it came time to go to bed, I fell asleep immediately. But would I buy a bottle with my own hard-earned cash? I’m not so sure. At $60 per bottle, it’s a steep price to pay for something that tastes like watery plants. Compared to more potent, tastier beverages like Mirth’s Legal line of sodas, Rebel Coast’s weed wine is more gimmicky than it is practical. That said, the gimmicky aspects are partly why I like it. Taste withstanding, it’s a conversation starter. Mike’s final verdict? “It’s non-alcoholic, so it’s kind of like the O’Douls of wine—if O’Douls had the power to get you high as eff.”

Be the first to review Sauvage from Rebel Coast and help others find their high.