Gold Moon Concentrates' Berry Boom Shatter is sweet and gentle in both its flavor and its high. You can expect to feel calm and relaxed as the high loosens up bodily tension and cradles your head in a happy haze. Use this for a post-workout winddown or just to boost your evening.

Ranked 101 of 181 in Concentrates for feeling Euphoric. 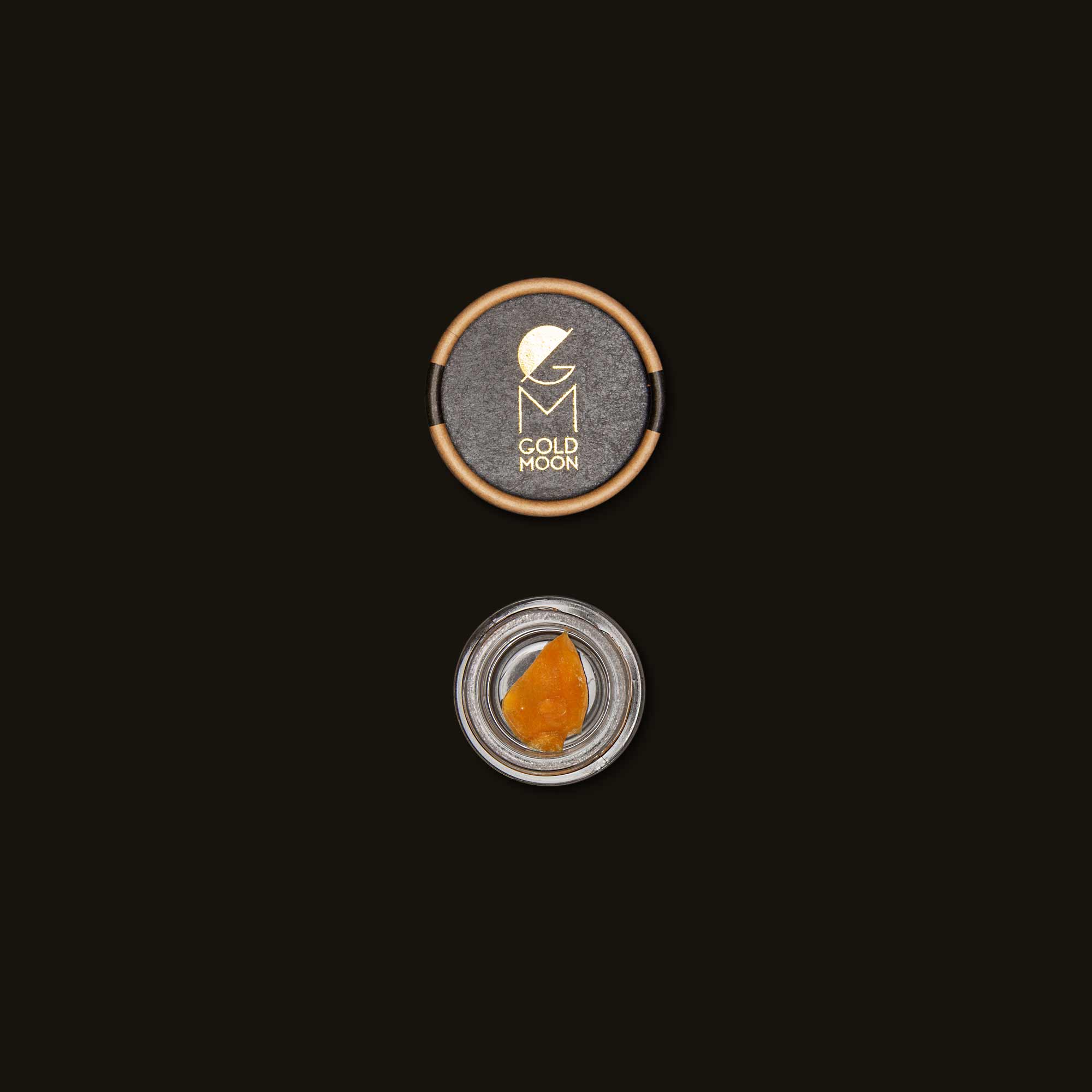 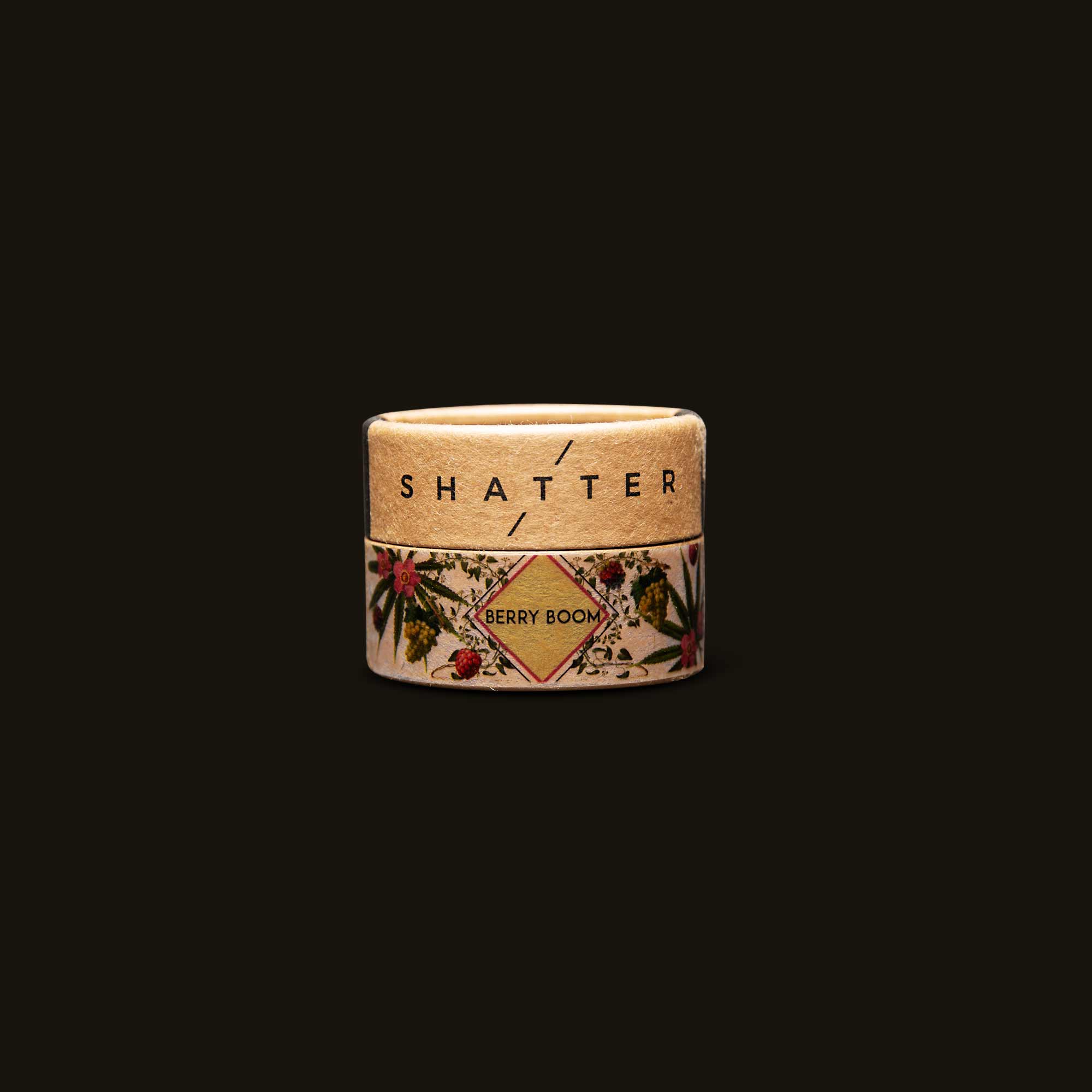 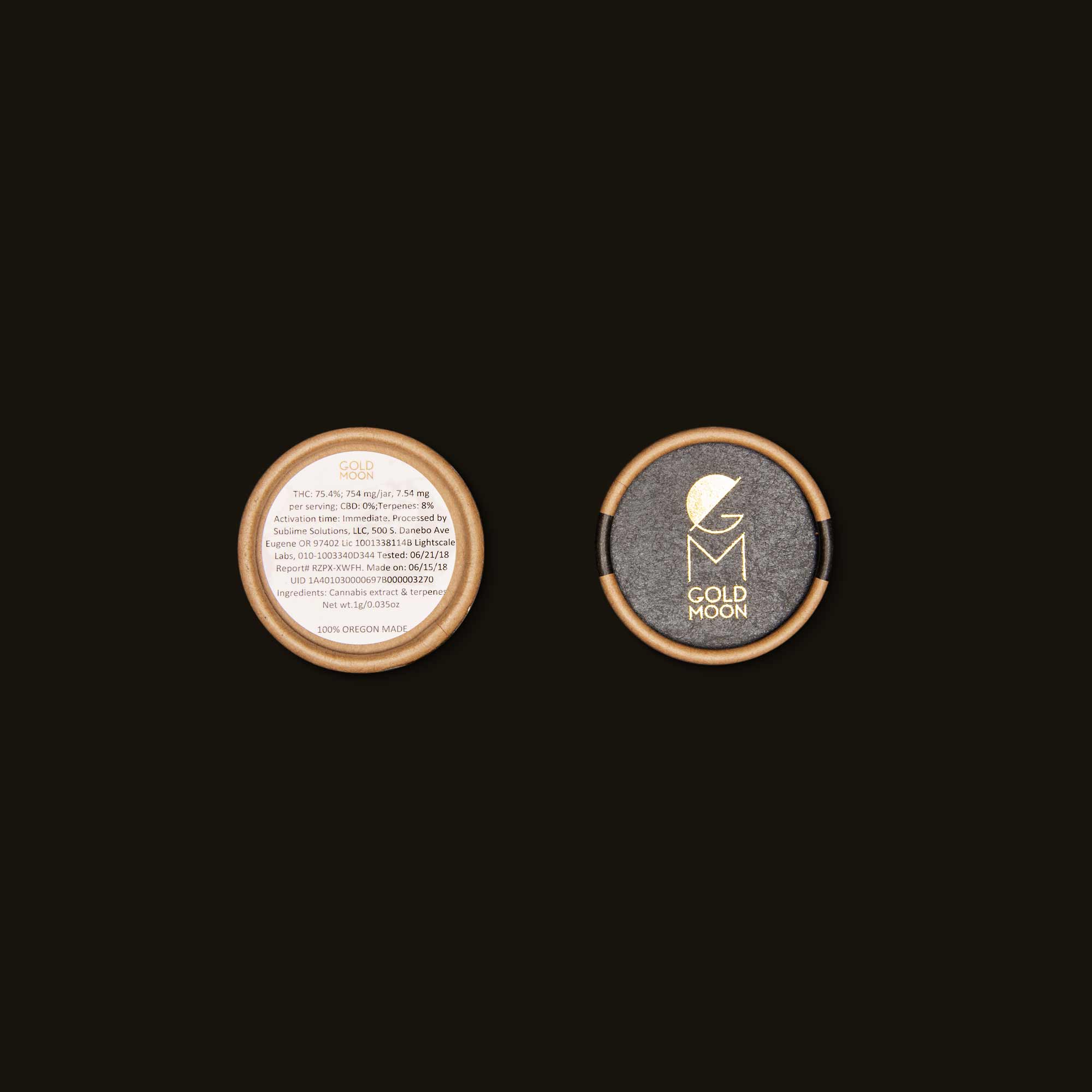 As our committee rates Berry Boom Shatter, we capture their experience in real time through our ratings app and report everything back here.

Ranked 101 of 181 in Concentrates for feeling Euphoric.

This Dab Turned Me Into Glenda The Good Witch

For users who like to challenge convention as much as they like a mouthful of hard candy, this is absolutely the dab for you.

In my experience, the classifications of indica, sativa, and hybrid can often be misnomers. I maintain the same minimum expectation for all products, which is: am I high and is it fun? Lineage, cannabinoid/terpene profiles, and post-harvest processing can often have a more pronounced effect on a product than the product’s alleged parent strains, so when auditioning a new product, lineage typically ends up holding about as much importance as the perfume or the mouthfeel. It’s certainly not the least important, but certainly not the most either. And in the case of Gold Moon Concentrates’ Berry Boom Shatter, the sleepy, ultra-relaxing indica designation meant next to nothing as it fueled both a lovely family day and a particularly sweaty and aggressive workout.

“It’s not hyperbole to say I was a fan of this extract before the onset had even kicked into gear.”

I auditioned Gold Moon Concentrates’ 81.4% THC Berry Boom Shatter with the same baseline expectations I have of every concentrate: palatability of the taste and smell, length and strength of the onset, nuances and highlights of the high, and ease of the comedown. Right off the bat, I was agog. The perfume titillated me as soon as the first whiff of essence escaped the dab container. It was the smell of the corner store candy aisle, a sugary melange of grape Big League Chew, purple Fun Dip, Cherry Bombs, and Lemonheads. If the flavor and the fragrance were as connected as I hoped, then Berry Boom Shatter and I would be off to a great start.

And indeed, the flavor was 100% a bodega quarter-candy throwback. The inhale was brightly sweet, an almost cotton-candy-esque mouthful of sugary satisfaction. The exhale left me with the lingering breath of a grape Bubblicious chewer, and I loved it. My inner child was psyched to be allowed candy for once and my outer stoner was psyched to rest in a cloud of hard candy nostalgia. It’s not hyperbole to say I was a fan of this extract before the onset had even kicked into gear.

When the high did arrive moments after my initial exhale, it gently uplifted me, almost as if I was riding a cloud of spun sugar. I found that my reality softened, and the world ceased to have any hard edges. Everything was imbued with a rosy glow—myself especially. The head high was as sweet as the perfume, and with every passing moment I fell deeper in love with life. The body high was a wash of placid relaxation that made me feel as flexible as pulled taffy and as bubbly as a flute of champagne. It was the perfect midpoint between droopy-eyed lethargy and pulsating elation, an effective complement to the pageant-smile head high that kept my mood delightfully vapid. I would make a note at its peak that this high was “purple.” It has the calming vibes of an indigo blue and the party vibes of a fuchsia pink encased in a grape-flavored fleck of rock candy.

All of this came after a morning of severe grumps and hot-mess attitude spikes. A petite, snowflake-sized dab had catapulted me from my kill-all-humans disposition to a walking reincarnation of Glenda the Good Witch complete with a bubblegum pink travel sphere, jeweled scepter wand, and glittering pink cupcake ball gown (in my mind at least).

“Halfway through my cardio warmup, I was too blissed out to feel an iota of discomfort.”

It was during my second session with Berry Boom Shatter that I decided to shake things up. I did one snowflake-sized dab and headed to the gym. Once I arrived, I supplemented the dab high with two small bowls of sativa from my trusty palm-sized travel pipe. Once I dipped into workout mode, the two disparate highs coalesced to boost my stamina, my indifference, and my decidedly spaced-out countenance. Halfway through my cardio warmup, I was too blissed out to feel an iota of discomfort. I was adding weights to my lifting circuit and barely breaking a sweat as I increased my gains. I lunged like nobody was watching back and forth across the gym floor, barely cringing as my quads flamed on and on. And during cooldown, the balance of utter relaxation and endorphin-fueled euphoria left me feeling beautifully accomplished. I thought, I don't care what anyone says, heavy-ass, sleepy-ass, molasses-in-the-veins-ass indicas are delightful to take to the gym.

Sure, Gold Moon Concentrates’ Berry Boom Shatter has a few labeling misnomers; its texture is more waxy than shattery, its onset is less boom and more bliss, and its indica lineage is more celebratory than sleep-encouraging. But these misnomers are the reasons I absolutely adored this product. Its malleable texture made dosing easy, the onset was a feather-soft ascent into bliss, and its harmonious fusion of utter relaxation and pure euphoria could not have had a more appropriate run time (about 2 hours). For users who like to challenge convention as much as they like a mouthful of hard candy, this is absolutely the dab for you.

Be the first to review Berry Boom Shatter from Gold Moon Concentrates and help others find their high.