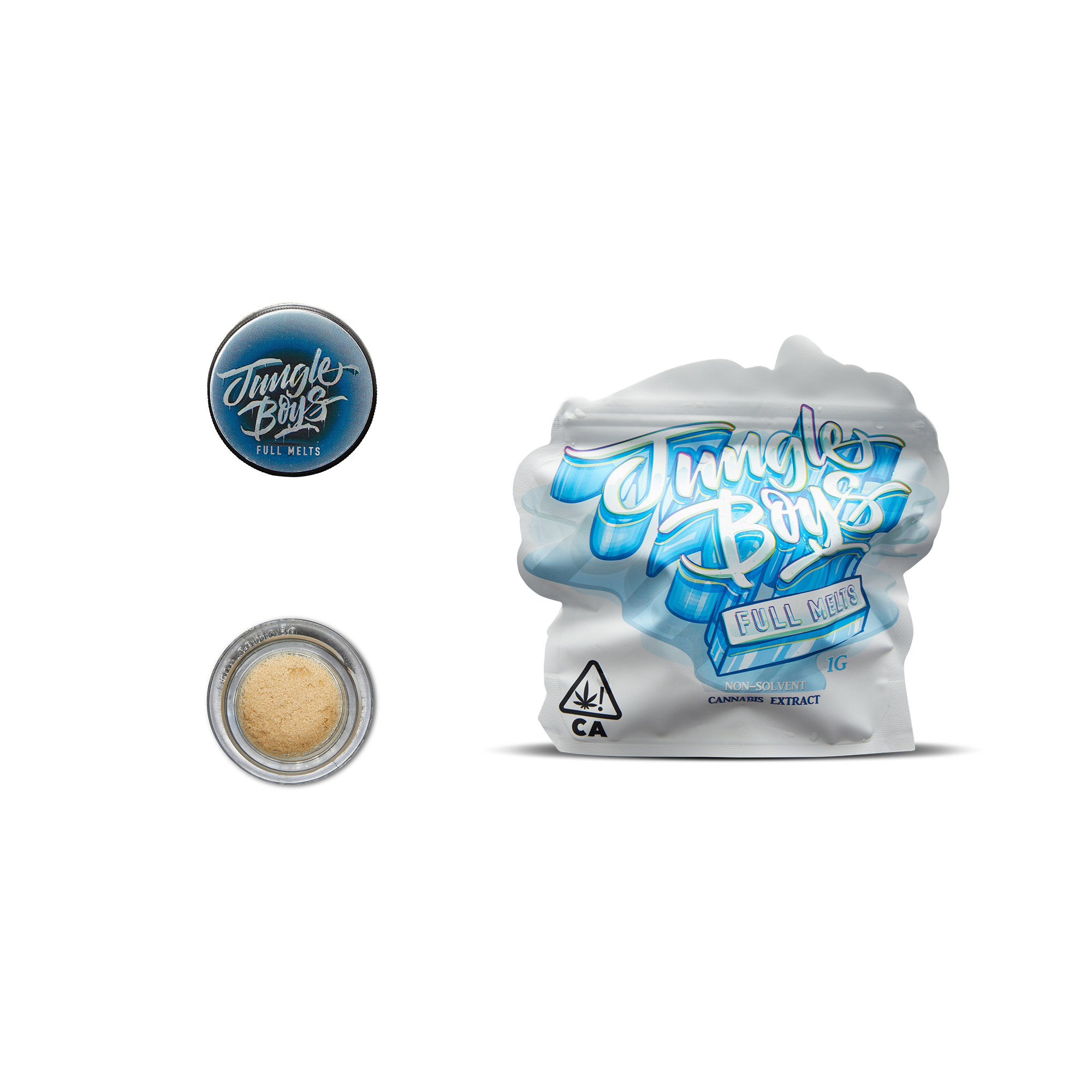 As our committee rates Banana Punch Full Melts, we capture their experience in real time through our ratings app and report everything back here.

IN REVIEW: This aptly named Full Melt from Jungle Boys is a cross between Banana Kush and Purple Punch, and it proudly presents the best of both. It’s a heavy-hitting extract that delivers a pure and potent high, and it’s about as good an analgesic as one is likely to come across in the cannabis concentrate realm. Named Full Melt after the fact that no residue is left behind during your sesh, you can expect smooth hits that taste of ripe bananas, and a high you should approach cautiously and deliberately because it could easily clear your schedule.

I’m just gonna come out and say it. I underestimated this full melt extract, and as a result, I was catapulted into a state of reality-bending bliss. Yet, despite a gravity-defying buzz, I never felt paranoid, jittery or even groggy when the experience finally abated. It was at once clarifying and stupefying. The sort of thing you either vape on a special occasion or in an emergency. It is also the lovechild of two of my favorite strains, Banana Kush and Purple Punch. This six-star full melt has made a believer out of me. The hype is real.

“Expect your mind to expand and then expect the very opposite from your wallet.”

Through the painstaking process of acquiring a full melt gram, Jungle Boys has delivered a super clean dabbing experience. Extracting only the best of a cannabis plant does not come cheaply, however. Expect your mind to expand and then expect the very opposite from your wallet. Though if you can splurge for a nice bottle of wine or some expensive champagne for New Years, then splurging for some Full Melts should also not be out of the question. Like, I could totally see myself turning to my wife one day and proclaiming, “Why dear, isn’t today National Grapefruit Appreciation Day?” To which she would surely reply, “I believe it is. Shall I take the Full Melts out of the freezer so we can celebrate?” I would then simply nod in the affirmative.

When I first ventured into this super-charged Banana Melt, I placed a little bit too much into the ol’ dabbing rig and was soon relegated to a hypersensitive stratosphere partially emanating from within, but mostly existing on a different plane altogether. Going outside for a walk with the dog only heightened the experience. When I got my breathing under control, I was able to immerse myself in the wonder-inducing properties of the Banana Punch, and appreciate the nature around me in what seemed like vivid technicolor. It was like someone ratcheted “the feels” up to an 11.

“This was a walk peppered with euphoria and insight, and it became what was ultimately a freeing experience.”

I don’t know how else to describe it, but I could feel the clothes that I was wearing. I mean this both in the sense that my body was super attuned to the slightest gust of wind or piece of fabric, and also in the sense that my track pants were sentient. It’s just that nothing felt like it was mine. Someone else seemed to be inhabiting my pants and moving through the physical world in them. “I” just seemed to be on the periphery somewhere looking in at this absurd sight.

At first, this sensation felt disjointed and a bit trippy, but soon I fell into a real sense of equanimity. It allowed me to look at things from an entirely new perspective, devoid from mental chatter or any imposed societal rigidity. This was a walk peppered with euphoria and insight, and it became what was ultimately a freeing experience.

Normally when I’m taken for such a ride, I tend to get a little foggy brained towards the tail end of my buzz. With this Banana Punch Full Melt from Jungle Boys however, I was clear as a bell from start to finish. Just a pure high, through and through. If it’s pain you are seeking refuge from, this concentrate will not let you down. If it’s just a general escape from the madness you seek, this too will lead you away from the mental fray.

Perhaps its greatest attribute is the way it loosens your grip on the very thing(s) you cling to most. If that’s not worth a premium, I don’t know what is. Perfect for anniversaries, special occasions, posting bail, seances, recovering from a fall, and getting fired or hired. I simply loved this product, and will be celebrating with it often.

Be the first to review Banana Punch Full Melts from Jungle Boys and help others find their high.