Ranked 1 of 123 in Concentrates for feeling Relaxed. 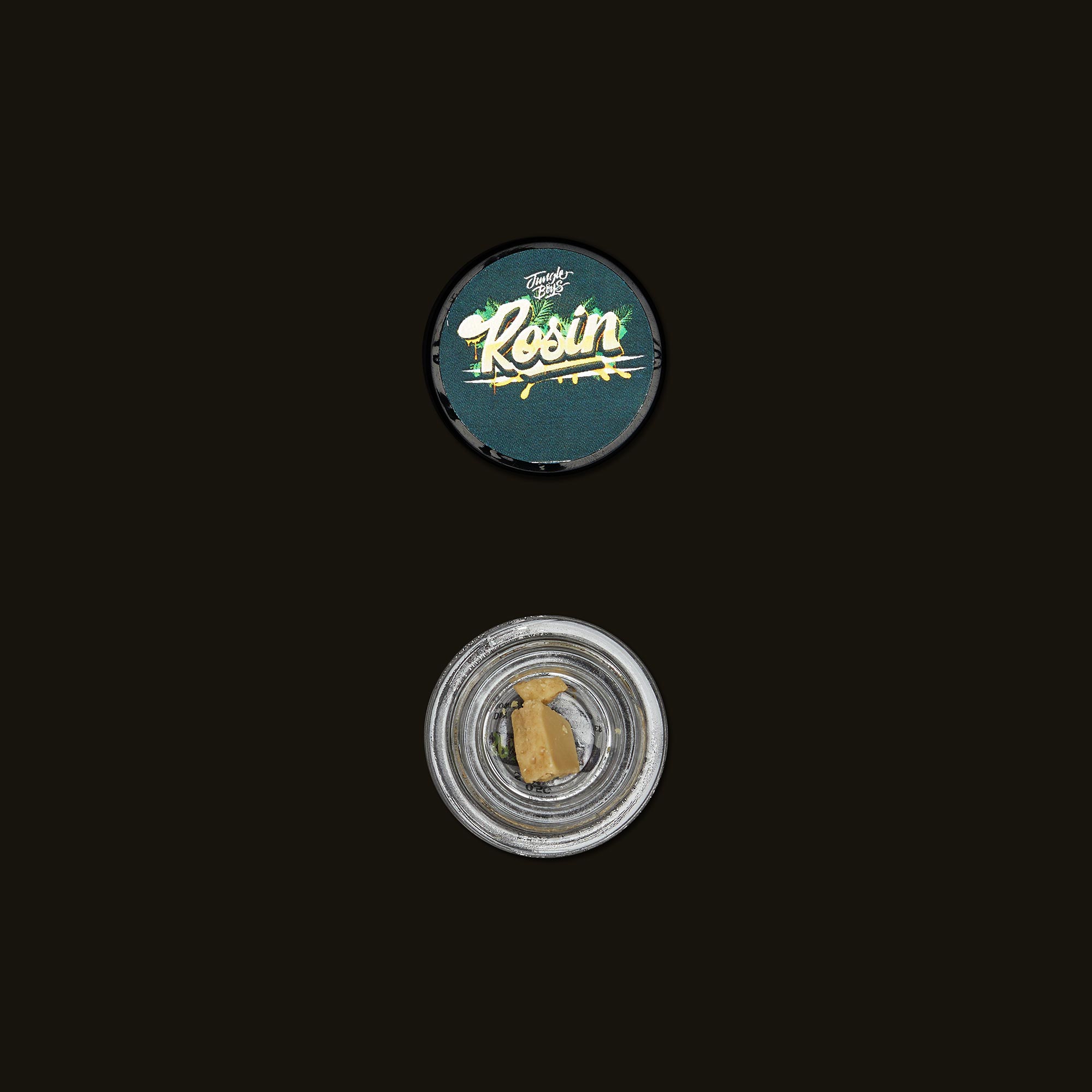 As our committee rates Jungle Cake x Space Age Cake Rosin, we capture their experience in real time through our ratings app and report everything back here.

Ranked 1 of 123 in Concentrates for feeling Relaxed.

Physically and mentally I'm in such a better place than I was before I consumed this 10 minutes ago. It's like a bubble bath for your brain.

Space Out For Ages With Jungle Boys Rosin

This concentrate provides the lasting positive effects we all need right now.

IN REVIEW: The hybrid Jungle Cake x Space Age Cake Rosin by Jungle Boys is a high-octane stress annihilator that relaxes you to your core while allowing your mind to roam free. This rosin is pungent in smell and earthy to the taste. It contains 82.58% THC, and you feel every bit of it. With a score of 100 in our system, you know this is top-notch. Expect a full-body buzz to take over as you float on without a care in the world.

Almost immediately after vaping this rosin, I was struck with a wave of joy and carefreeness. I could almost feel the anxieties and hang-ups leaving my body in real-time. The change in perception was abrupt and long-lasting, and it showed me that serenity is always within reach. It was the first of many insights that fell into my lap during this relaxing daze of a high.

The effects of the Jungle Cake x Space Age Cake Rosin came on like a weighted blanket. I felt like I was being gently dragged along a white-sand beach by a well-meaning giant. I wasn’t walking around so much as I was gliding, as if my day had been put onto a conveyor belt of tranquility. Keeping in lockstep with that state of mind, I decided to go outside and work on my non-existent tan. Melting into my chaise lounge for some much-needed sun is a tiny slice of paradise I rarely pursue in regular waking hours. It was the first time in a long time where I consciously gave props to the star we orbit. It was the most Aztec thing I’d done all year.

“I felt like I was being gently dragged along a white-sand beach by a well-meaning giant. ”

Closing my eyes, I could feel the light from the midday sun fight with the dark of the shady palm tree. Each flickering away behind my eyelids like a silent movie reel playing to an empty theater. It must have hypnotized me to sleep because I could not recall how or when I fell into this deep well of a nap. When I awoke, I wasn’t sure if I’d slept for ten minutes or ten hours. Luckily, I wasn’t the color of a lobster yet so it must not have been that long. It was clear to me that this rosin is adept at turning one’s lights out. As if the smoke from my vaporizer formed a giant fist and frying pan and clonked me upside the head with it (as seen in old-timey cartoons). In other words, if it’s sleep you seek then it’s sleep you shall get.

I would’ve preferred to have taken this at night as the relaxation was a little too deep for me during the day. I still had a few things I needed to accomplish around the house, and it soon became clear that none of it would even be attempted. It wasn’t long before I slowly migrated to my couch and fell into an Xbox One hole. It felt nice to just check out for a while. What this rosin did nicely was untether me from the anxious part of myself and allow me to just wallow in the moment. If you’re looking for a lazy day that casts no troubles you could do no wrong with this offering from Jungle Boys.

The only side effects came in the form of a monstrous appetite and a bit of dry eye. When I say a monstrous appetite, what I mean is I ordered an entire large pizza which I consumed in one sitting. This concentrate had clearly let out the gluttonous side in me. It was a devil-may-care attitude that one deserves every so often.

“Nebulous, vast in its potential, and if you have too much of it you’ll fall asleep with chocolate stains on your shirt.”

This heavy-headed buzz had a long and steady duration. When I spoke with my wife, I felt like I was on a time delay, as if she were interviewing me from Earth and I was replying to her from a space station. I think I was starting to understand why this was called Space Age Cake. I found it had qualities of both space and a delicious cake. Nebulous, vast in its potential, and if you have too much of it you’ll fall asleep with chocolate stains on your shirt.

Never did I feel any panic or anxiousness with this rosin. This is a calming and almost sedative-like product that’s perfect for unwinding and targeting pain. It wasn’t until well after my high had subsided that my neck issues returned. During all that relaxation, I hadn’t even noticed how my chronic pain had disappeared and isn’t that the point? Therein lies the beauty of this concentrate, by clearing out the rubble of your mind it allows you to fall deep within yourself and ultimately transcend the physical.

Be the first to review Jungle Cake x Space Age Cake Rosin from Jungle Boys and help others find their high.