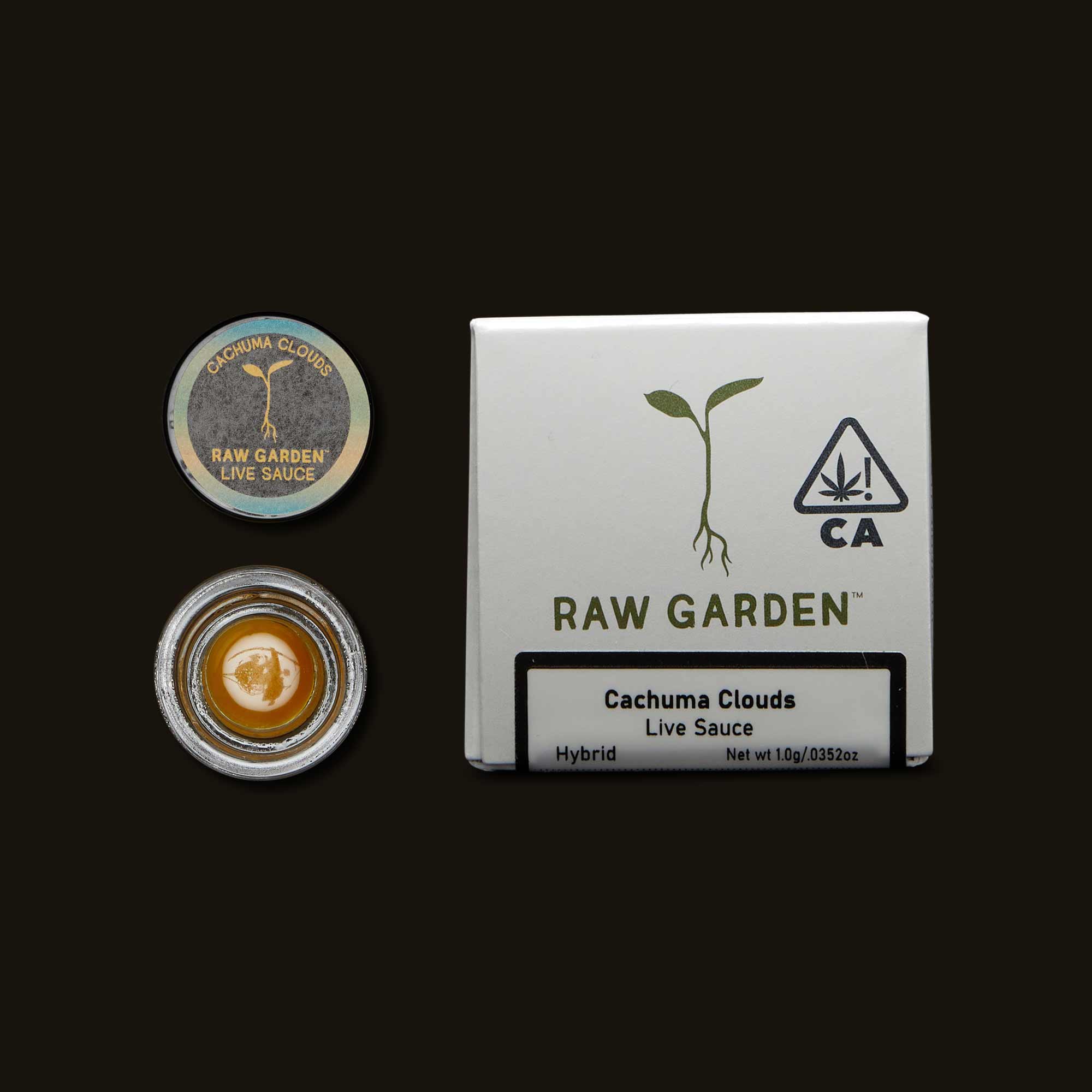 This hybrid live resin is as tasty and reliable as they come. The relaxing, soothing and mood-boosting effects make themselves known right away, so use this to clear your head, lift yourself out of the fog or escape anxiety. You can also expect to maintain a level of focus that keeps you present enough to continue to knock out tasks before the heavier side of the high sets in. It’s truly a concentrated state of contentment you can tap whenever you please.

Ranked 11 of 104 in Concentrates for feeling Relaxed. 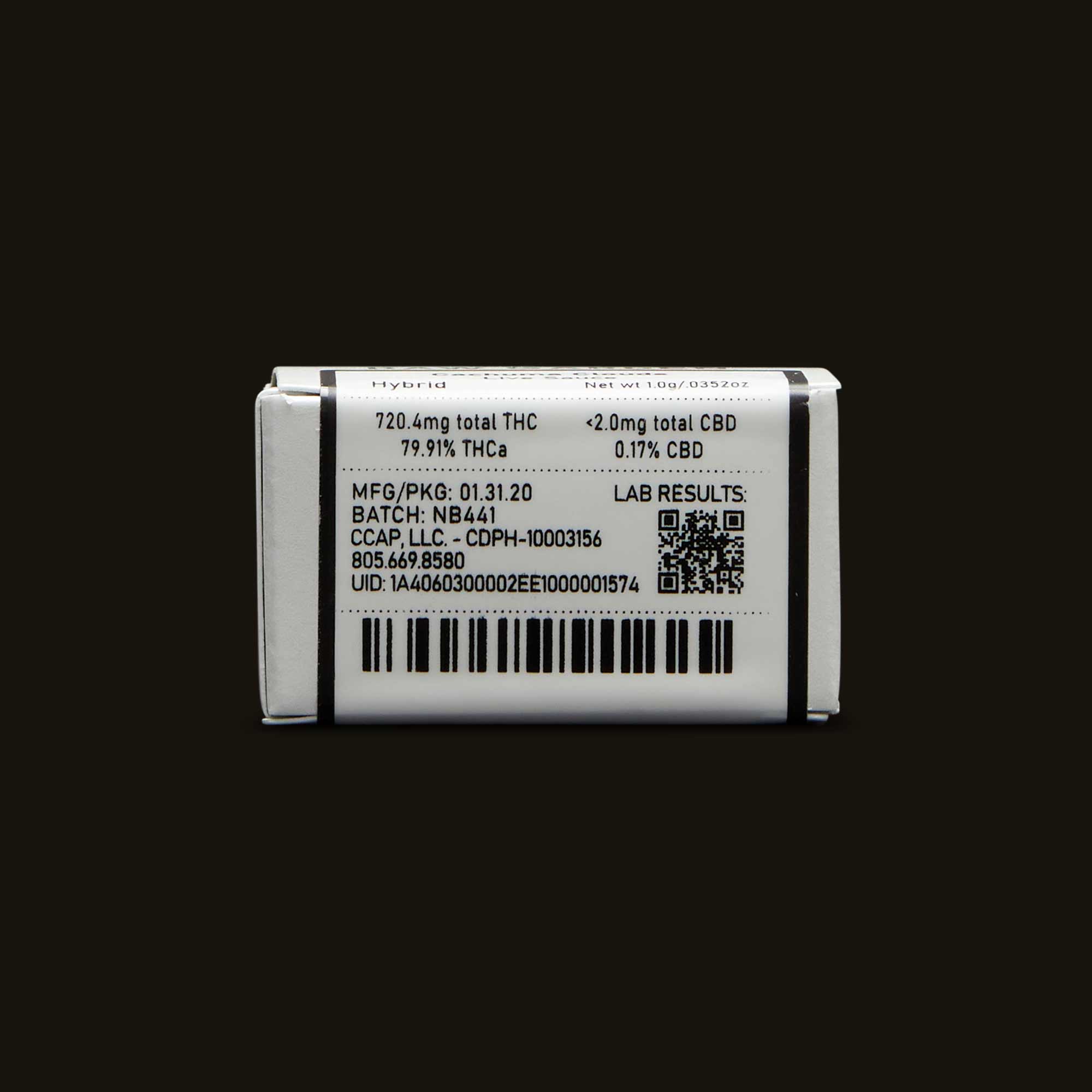 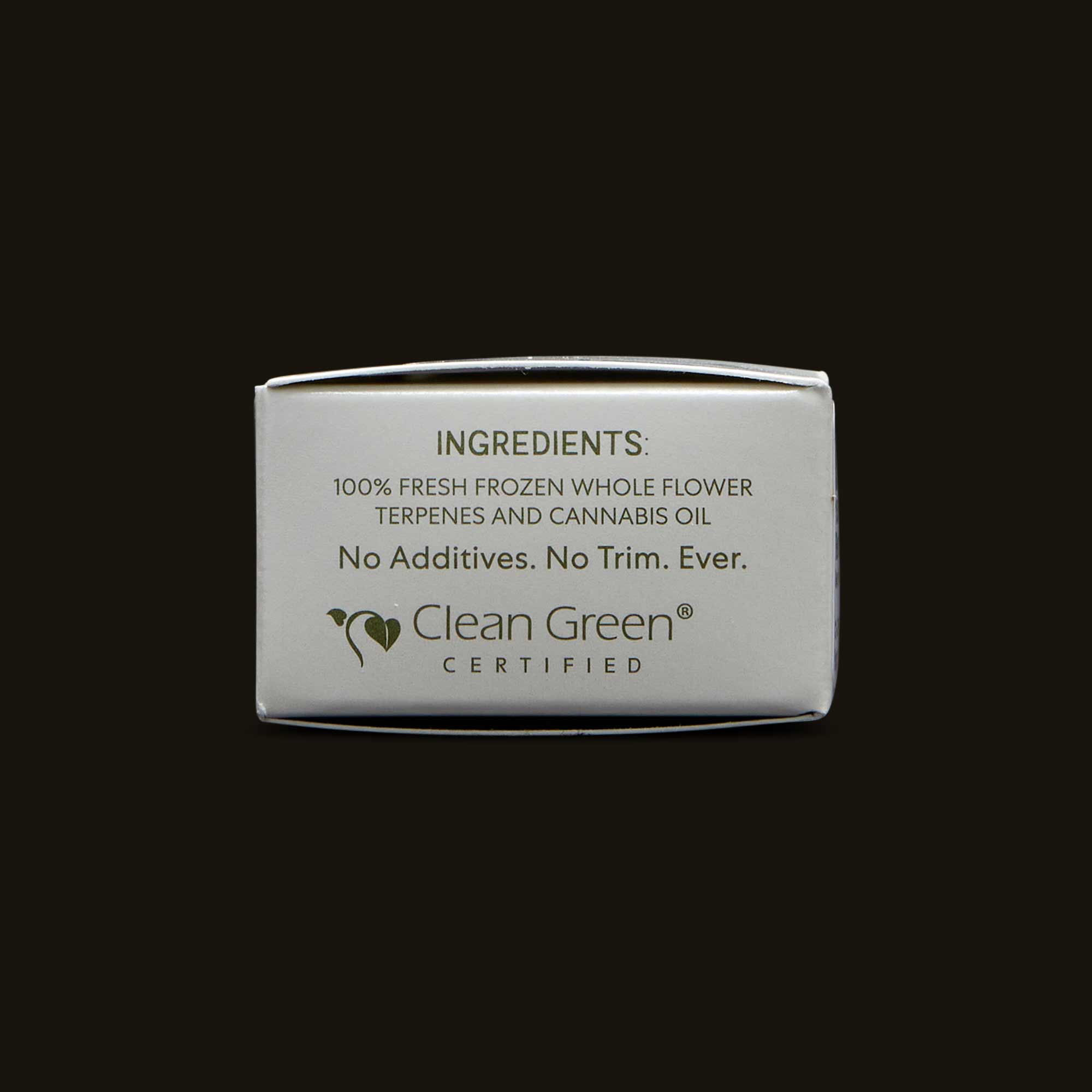 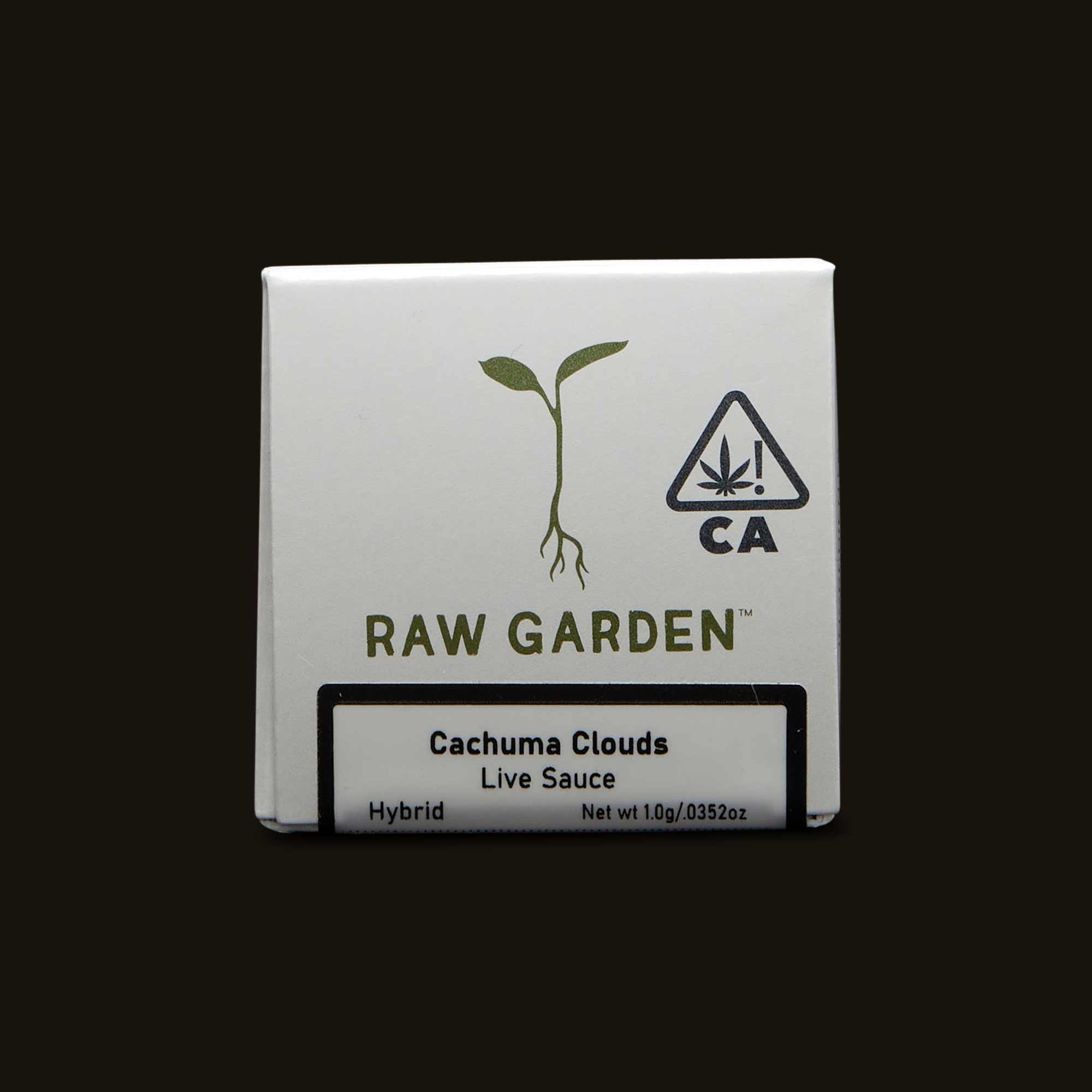 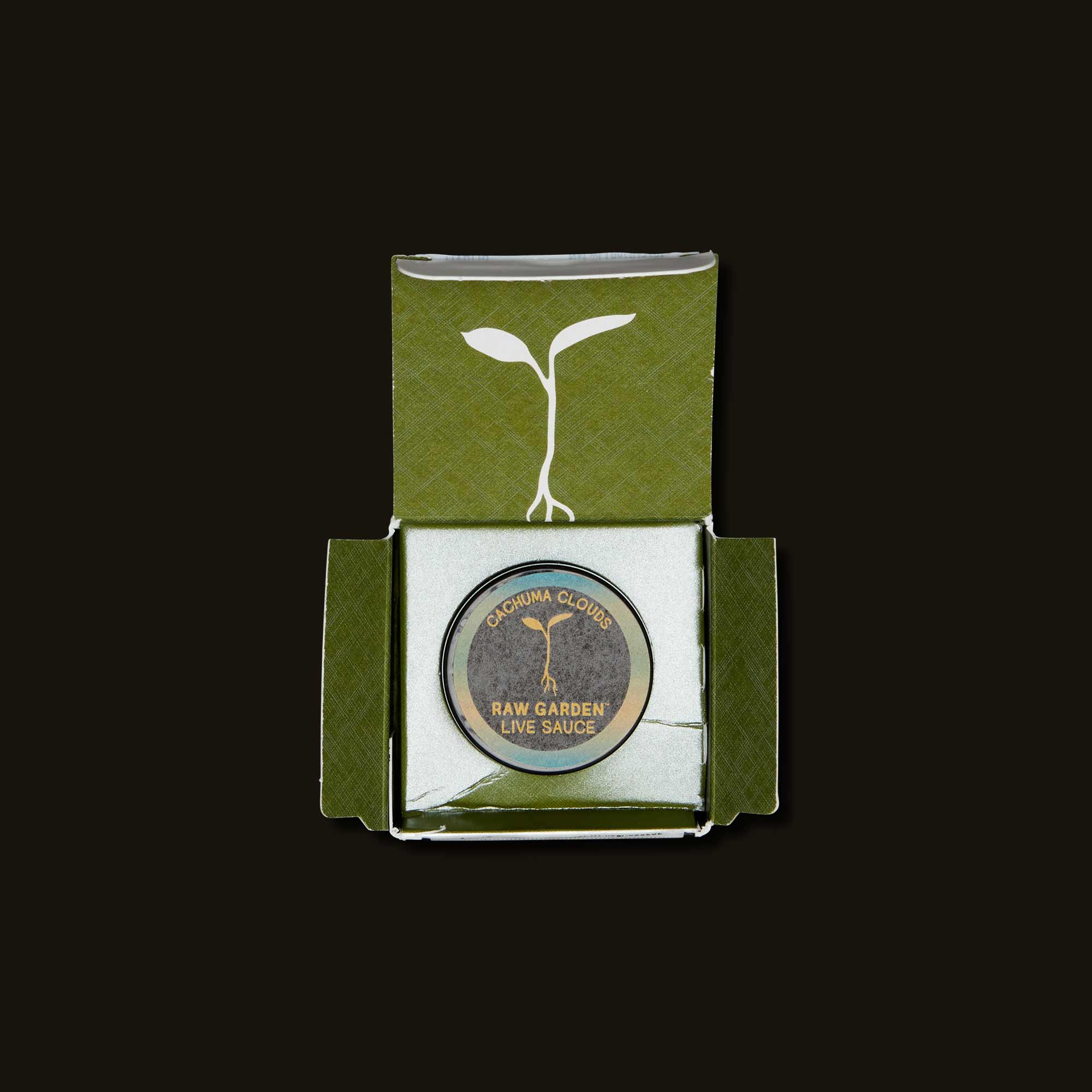 As our committee rates Cachuma Clouds Live Resin Sauce , we capture their experience in real time through our ratings app and report everything back here.

Ranked 11 of 104 in Concentrates for feeling Relaxed.

For sleep, this high felt similar to swaddling yourself in a warm blanket in the middle of a methane leak.

Cachuma Clouds Live Resin Will Sweep You Away To Dreamland

Concentrate on pain relief and bedtime with this cerebral high

IN REVIEW: For those looking for an answer to insomnia, or to cap off a caffeine-filled week with the sweet relief of sleep, look no further than Cachuma Clouds. Clouds could be considered a misnomer, and measuring in at 80% THC, the quick onset of heavy effects might mean the other 20% is melatonin. Between increasingly heavier blinks, you'll start to see your bedsheets form into a waving finger, beckoning you to succumb to the sandman.

This stellar concentrate from Raw Garden is a live resin that acts more like an Acme anvil. This was a total knockout blow, placing me firmly in the first-class section of the Shut Eye Express. Normally, I like a little foreplay when it comes to my night time bud choices: a bit of an unwind, maybe a bedtime meditation, a little TV before bed. But this Cachuma Clouds concentrate said, in a very firm tone, “NO! You sleep now!” [Thwack!]

For those suffering from insomnia, this concentrate may come as a godsend. Likewise for stomach ailments, since only a few minutes prior to vaping this resin I had been pained by a criminally overcooked pizza. The strong onset of this high acted as a sort of four-alarm fire brigade that put out the firestorm in my stomach, and then put out my lights.

“Whatever pain I was feeling in my ankle had been massaged away by the serpentine Cachuma Clouds.”

The following day I woke up refreshed and headed downstairs to make myself some waffles and coffee. About an hour later, I ventured out on a six-mile run, where I tweaked my ankle from an errant rock in my path. I had remembered how the Raw Garden helped my aching stomach the night before, so I thought it might be a good idea to try out on my freshly busted foot. I have to admit that I had become somewhat afraid of the power of this strain by this point. I had even begun to call the Cachuma Clouds concentrate “Svetlana” in that it reminded me of a stern Soviet-era taskmaster intent on putting you to bed at the ungodly hour of “right now.”

I didn’t load up quite as much as before, and luckily I had a better grip on it this time around. Good thing too, because it was only 2 p.m. Whatever pain I was feeling in my ankle had been massaged away by the serpentine Cachuma Clouds. It was the second time in as many days this concentrate worked its green magic on my physical ailments.

It's my distinct recollection that I used the words, "Sweet Sassy Molassy" in reference to the wave of relaxation that washed over me during the peak of this high. Coming in at 80 percent THC, this is not the sort of concentrate you vape before doing your taxes, getting on a Zoom conference call, or even making toast. All I really needed was a horizontal plane to lay on and a glowing orb to look into, like the television, where I had now parked myself. All I knew was that where once I had pains, now I had none.

For the next two hours, I soaked in a couple episodes of the Ken Burns “Civil War” anthology. It occurred to me I had never fully relished being high until hearing George Plimpton describe the Battle of Second Manassas. So off I went into a history rabbit hole.

“And for sleep, it felt similar to swaddling yourself in a warm blanket in the middle of a methane leak. ”

Before I knew it, I forgot all about my tweaked ankle, and then I forgot about my entire foot and leg altogether. I saw myself as more of a disjointed blob of potential energy losing myself in a documentary and transcending physical space in real-time. A low-grade electricity seemed to pulsate where my appendages once roamed freely. For chronic pain, this Cachuma Clouds Live Resin can be a real game-changer.

This was a heavy, long lasting high that calls for you to clear out a good portion of the day’s schedule. It was an ideal choice for anyone seeking strong cerebral effects and serious relief from pain. And for sleep, it felt similar to swaddling yourself in a warm blanket in the middle of a methane leak.

Be the first to review Cachuma Clouds Live Resin Sauce from Raw Garden and help others find their high.