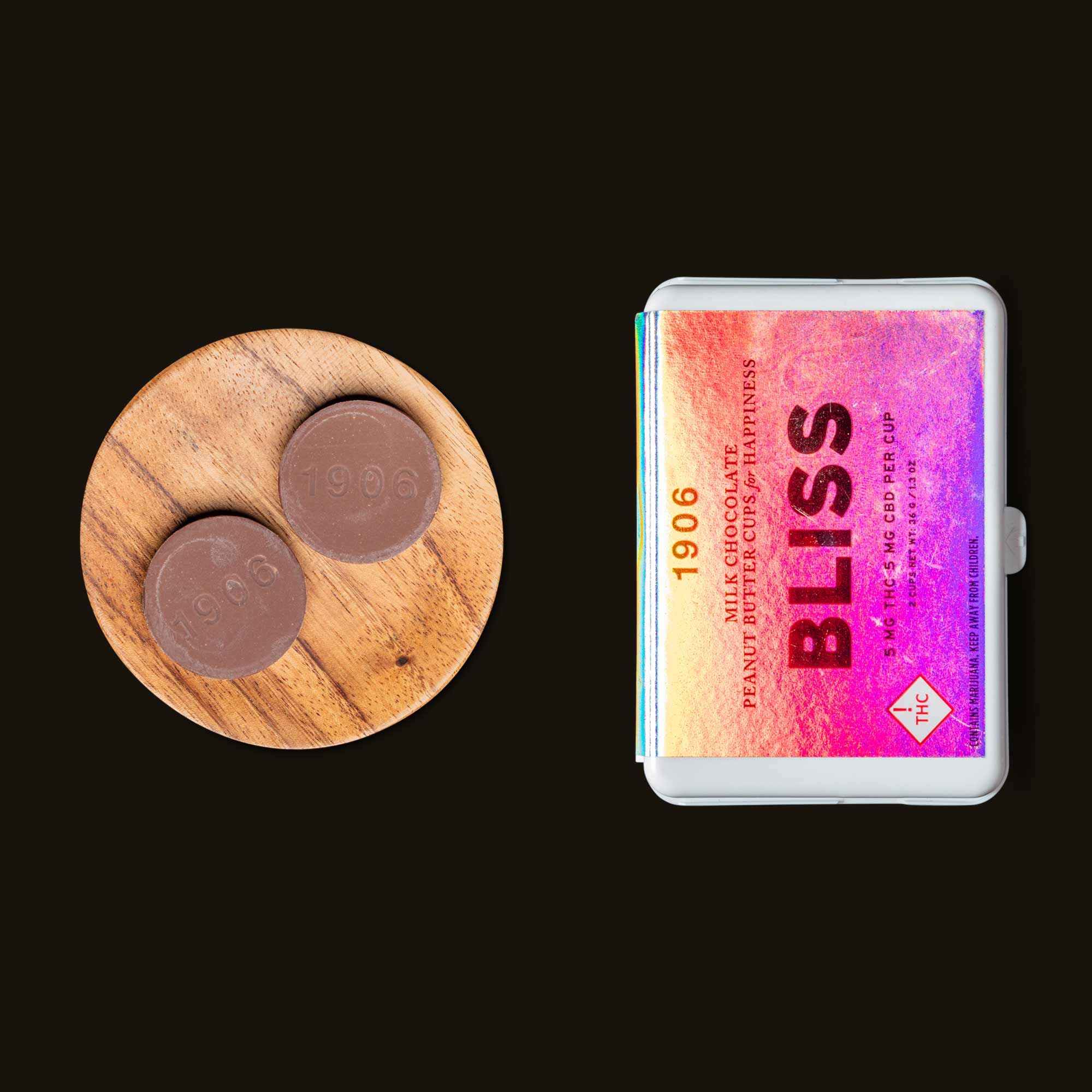 Bliss by 1906 is a cannabis peanut butter cup that can deliver you to another realm of relaxation. This is probably one of the sweetest ways to boost your mood if you don't mind the dry mouth. These are a bit potent for newbies so they should start with half a cup. 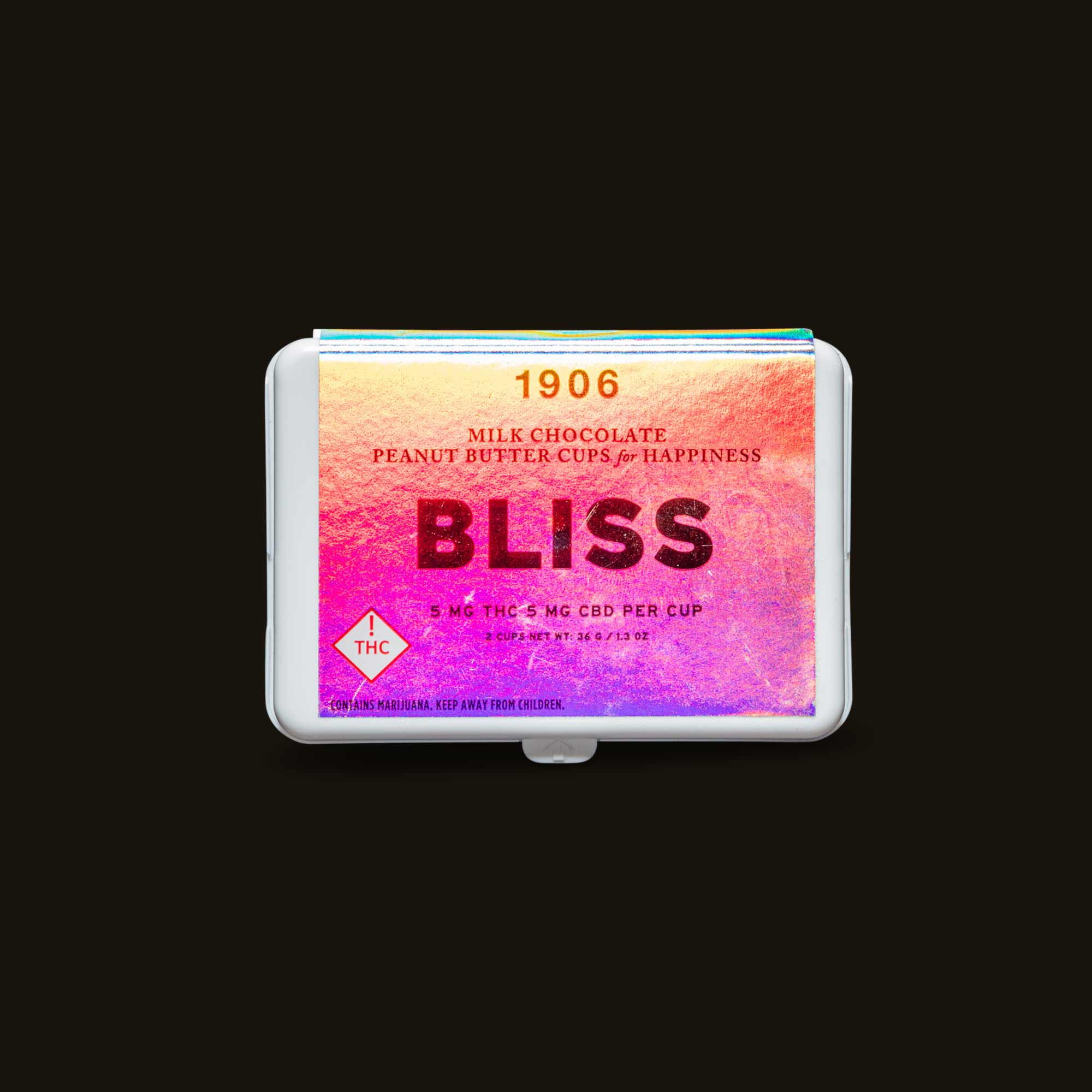 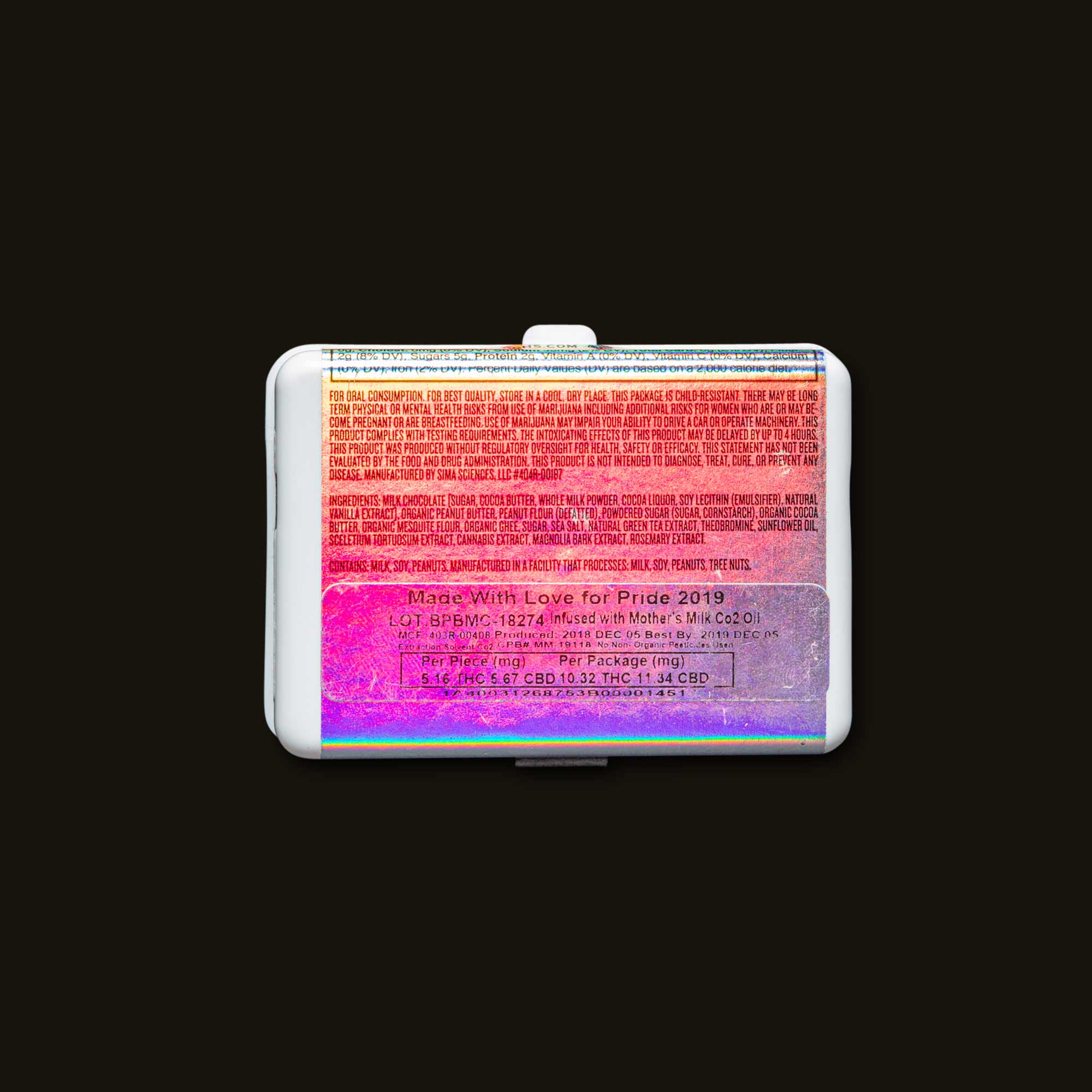 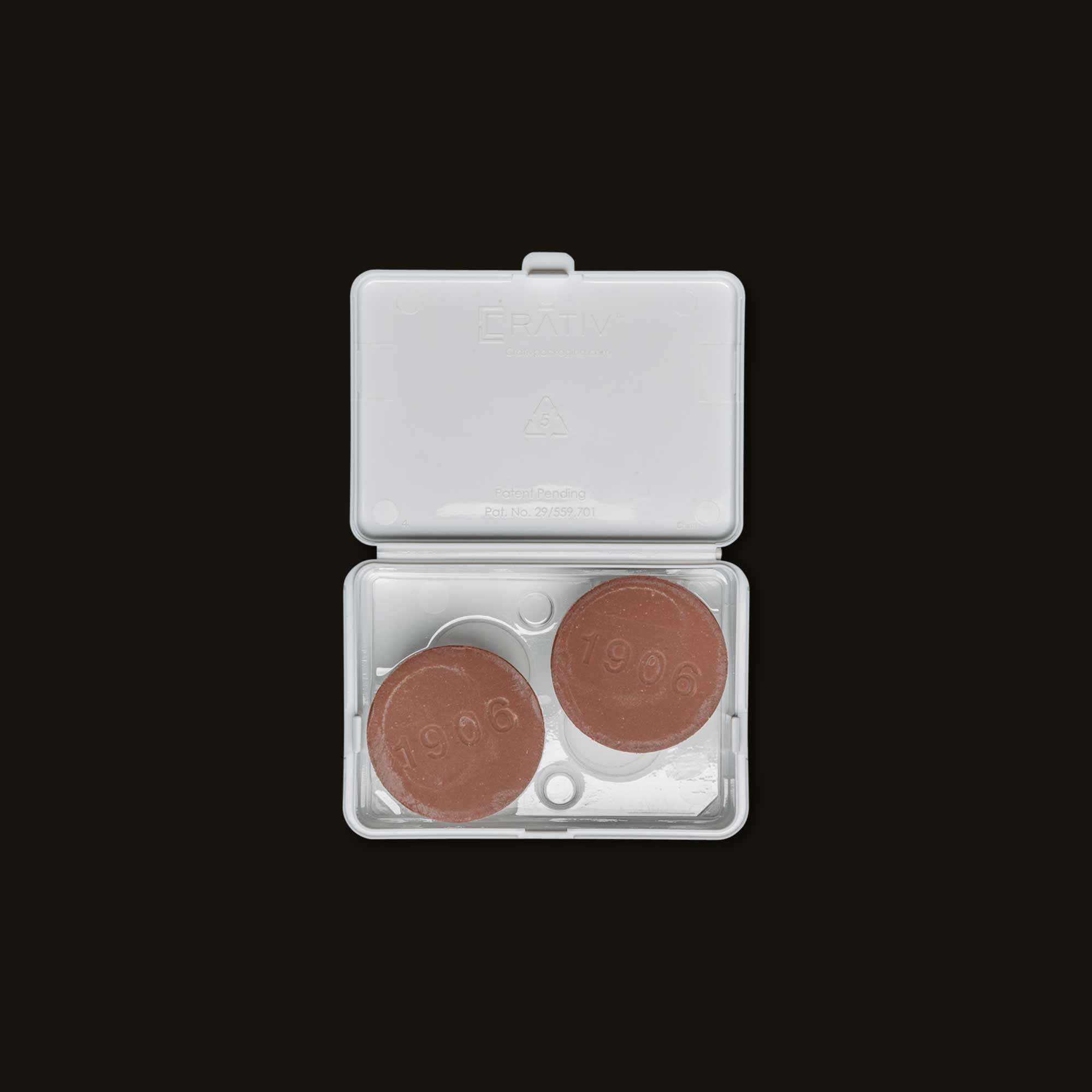 As our committee rates Bliss, we capture their experience in real time through our ratings app and report everything back here.

Bliss Between A Rock And A Hard Place

These PB cups helped smooth out the uncomfortable parts of a camping trip and find delight in flashlights.

IN REVIEW: These weed-infused peanut butter Bliss cups by 1906 might not taste the best, but they more than make up for flavor deficiencies with a high that could smooth out even the most uncomfortable of days. As reviewer John experienced, these are great for those of you who might be camping-trip challenged (you know who you are).

Being in a new state for the first time can be daunting. Especially without a guide. Being in a new state without a guide and without a place to stay is just stupid. But hey, what’s life without a little risk? I embarked on a road trip with my friend from California to Colorado with the intention of exploring a new place with abandon but also trying some of the best weedy things the state has to offer. And let me tell you, sitting shotgun on a Colorado highway, blaring Fleetwood Mac, and looking for a place to set up camp—that’s where this edible really shines.

When arrived at the campsite we’d be staying at for the night, I decided to try one of the two included servings. 1906 claims it should only take 20 minutes or less before you start feeling the effects of their edible. In reality, that number was closer to 35 minutes, but I’d call that close enough. It’s still a lot faster than the brownies my roommate kept in our freezer in college.

However, much like those frozen weed brownies, these peanut butter cups were gross. If, that is, you compare them to legit peanut butter cups. You could probably convince your mom that these are some low-calorie Jenny Craig peanut butter cups that will make you lose ten pounds overnight. You shouldn’t because that’s illegal and ethically wrong, but you could.

Here’s the thing, though: it’s an edible. And as an edible, it’s fine. It’s no Reese's, but it has almost no “cannabis flavor” and a surprisingly pleasant chocolatey aftertaste. It’s just not a taste to jump into bed with. I get the impression that 1906 put a lot of effort into the chocolate and not a lot of effort into the peanut butter. The only problem is that it’s like 90% peanut butter and 10% chocolate.

I seriously considered throwing the second dose in between two graham crackers and a toasted marshmallow. What can I say? I was high. In hindsight, maybe I should have.

I said at the top of this review that I was in love, and I meant it. The bitter taste of the edible goes away in an instant, and shortly after, the edibles begin to live up to their blissful namesake. I was in Colorado listening to music that I love, winding through canyons I’ve never seen before, looking for a magical place to spend the night, thinking Everything is just so peaceful right now. While an equal ratio of 5mg THC and 5mg CBD isn’t exactly the most innovative formula for an edible these days, it might just be the best.

When we finally found a place to set up camp, I unpacked the trunk, set up the tent, and got a fire going with ease. I wouldn’t necessarily take these peanut butter cups with me on a run, but they gave me the kind of calm energy I needed to not sweat the small stuff. Nothing was too difficult. When it was time to work, I worked. When it was time to chill, I chilled. We got to watch the sun go down behind our own private wall of red rock in between some crazy gnarled trees. It was awesome.

At one point, I realized the high I experienced was like a calm breeze. It just kind of washes over you and makes you feel more comfortable. I didn’t feel too zonked out to hold a conversation or get up from my annoyingly low-to-the-ground chairs. After the sun had set, a group of guys that we noticed earlier on the top of our red rock wall flipped on the headlamps and hiked down to the campsite. Their little lights looked like stars making their way down from the sky. When it was finally time to go to bed, my sleeping bag and cheap yoga mat combo felt like the Tempurpedic of my dreams. I woke up the next morning and started the long drive through weed-free Utah feeling refreshed and ready for the next chapter of our journey.

Ultimately, I think this edible could pair well with almost any situation. A night in, a night out, a night you spend by yourself with an entire bottle of wine and a Wendy’s Four for Four. It doesn't matter. The flavor might not be totally there, but the blissful mood is just right. These peanut butter cups will take you there and then some.

Be the first to review Bliss from 1906 and help others find their high.