Ranked 58 of 346 in Edibles for feeling Relaxed. 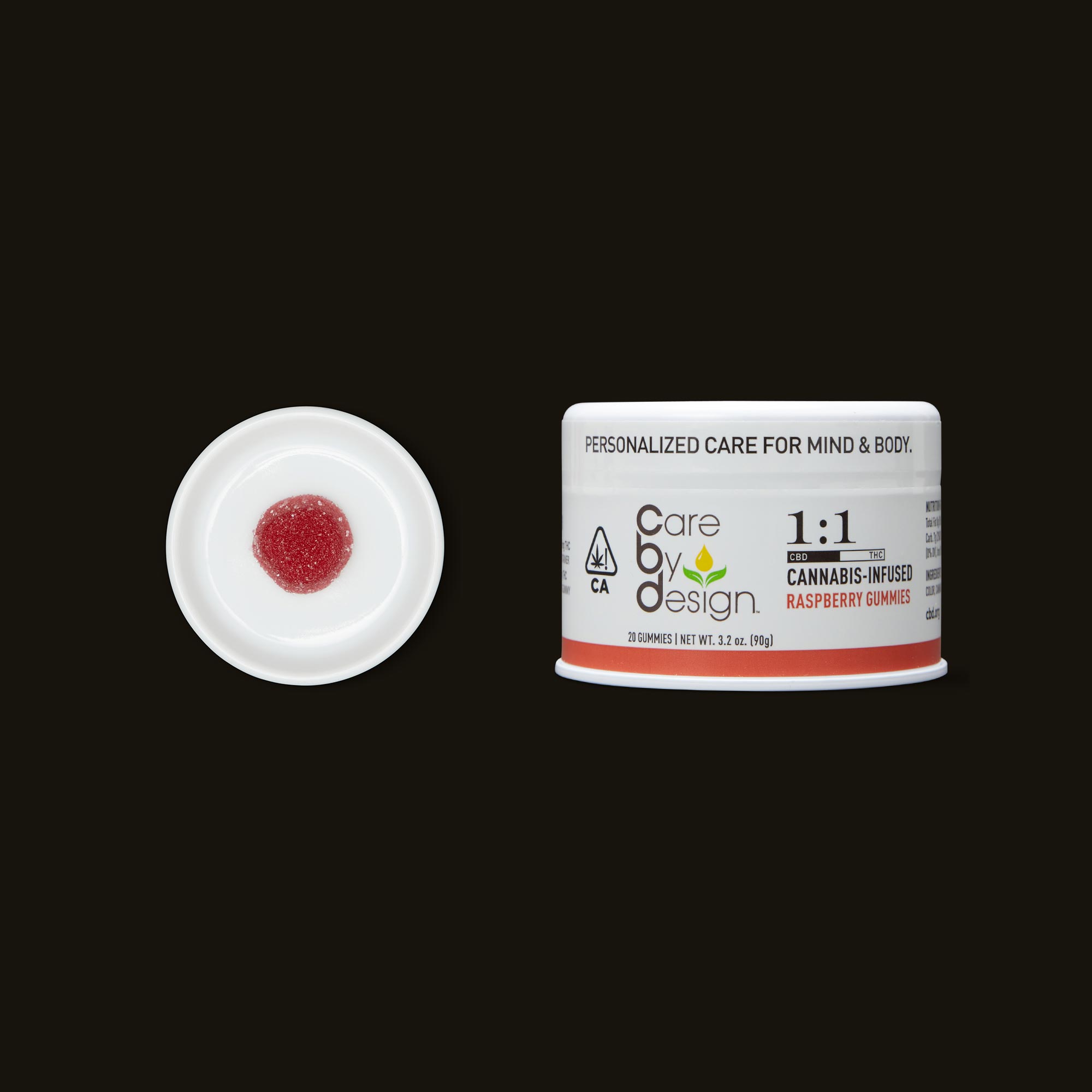 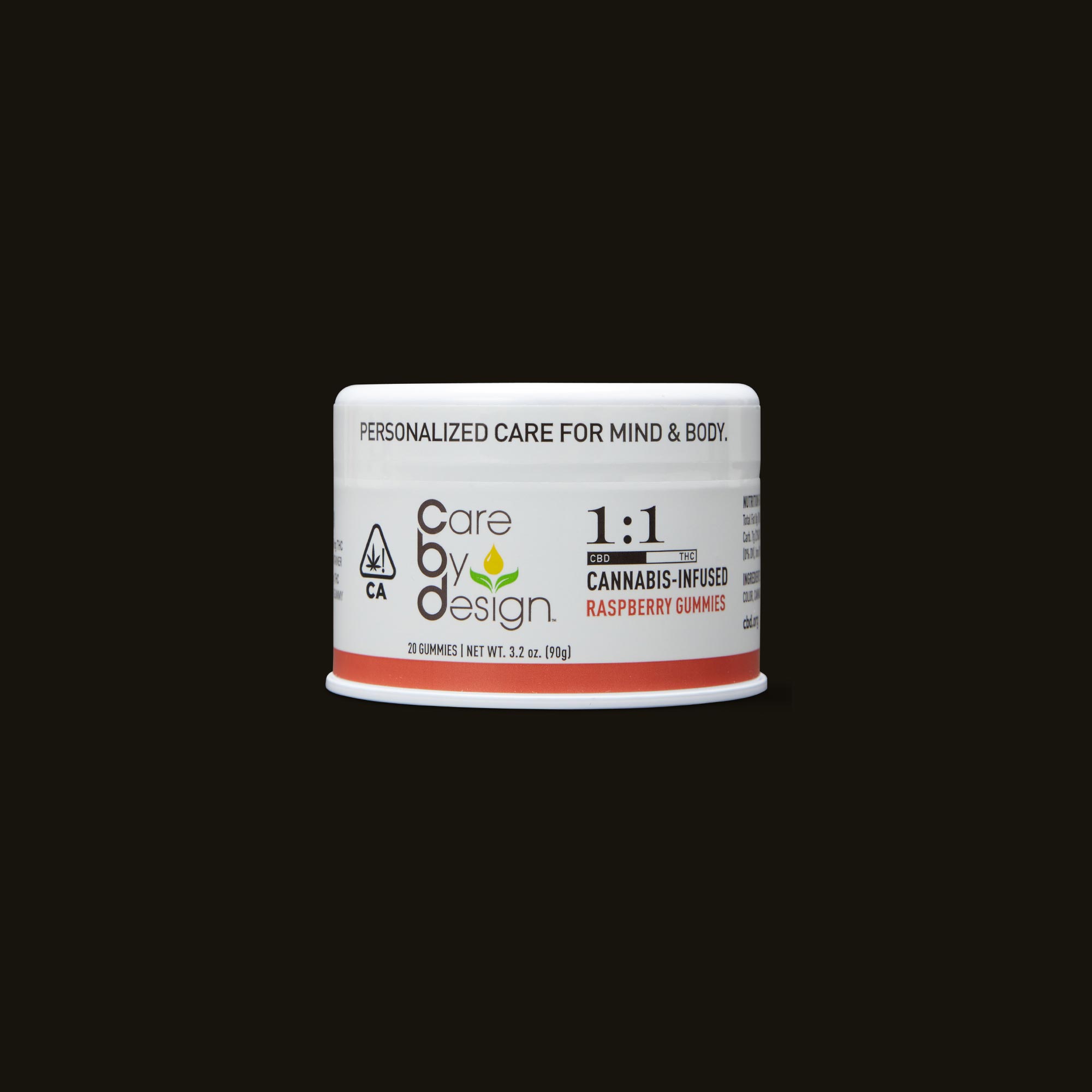 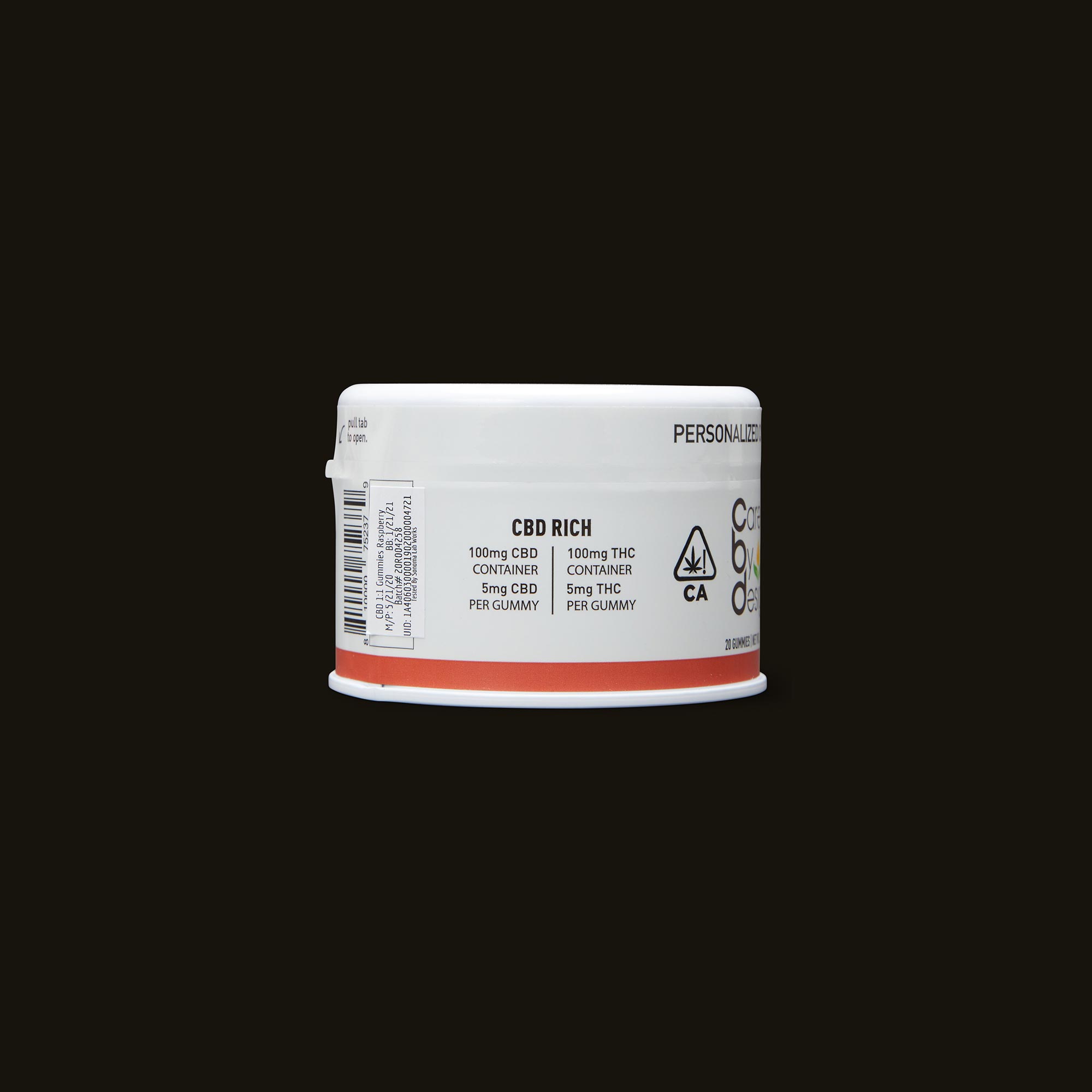 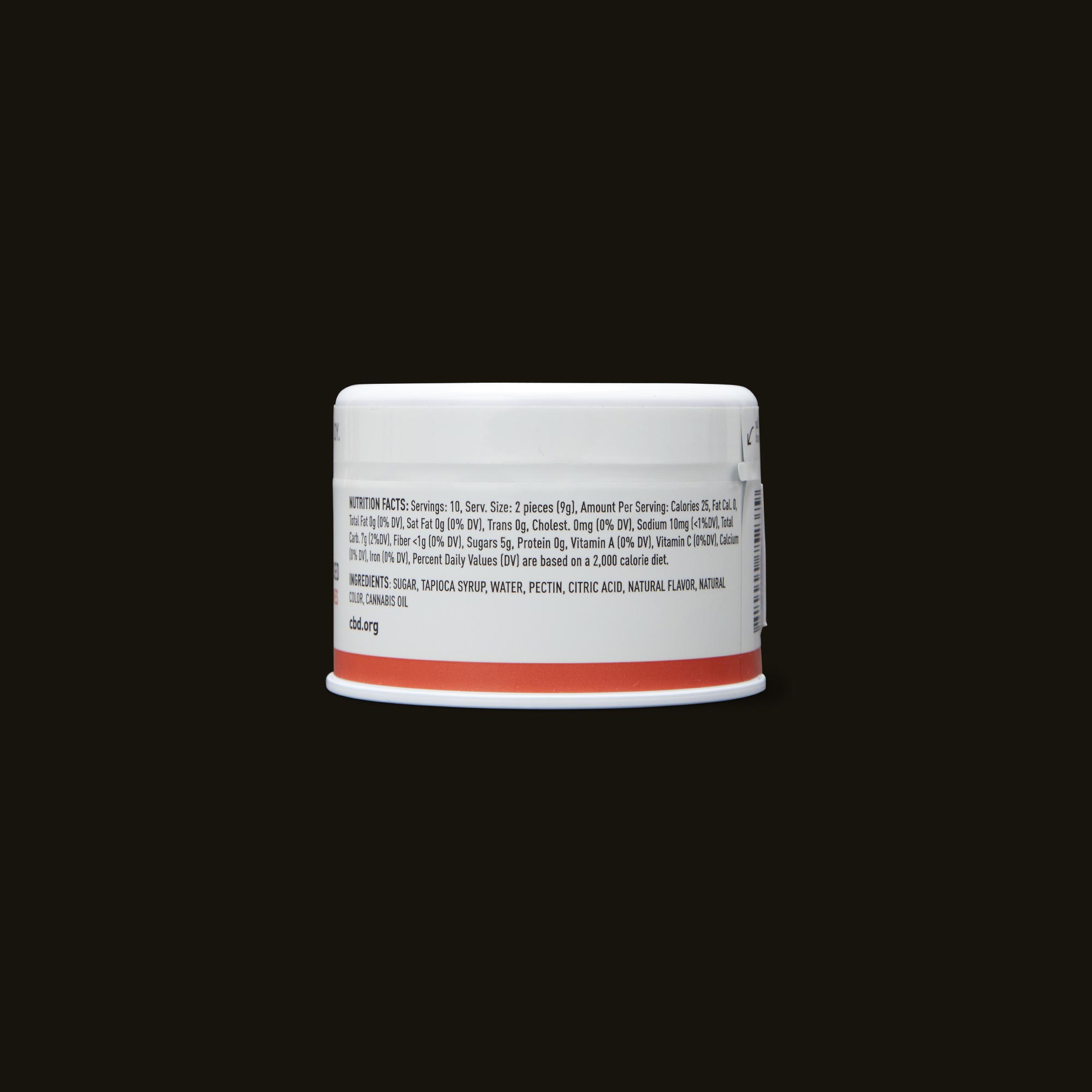 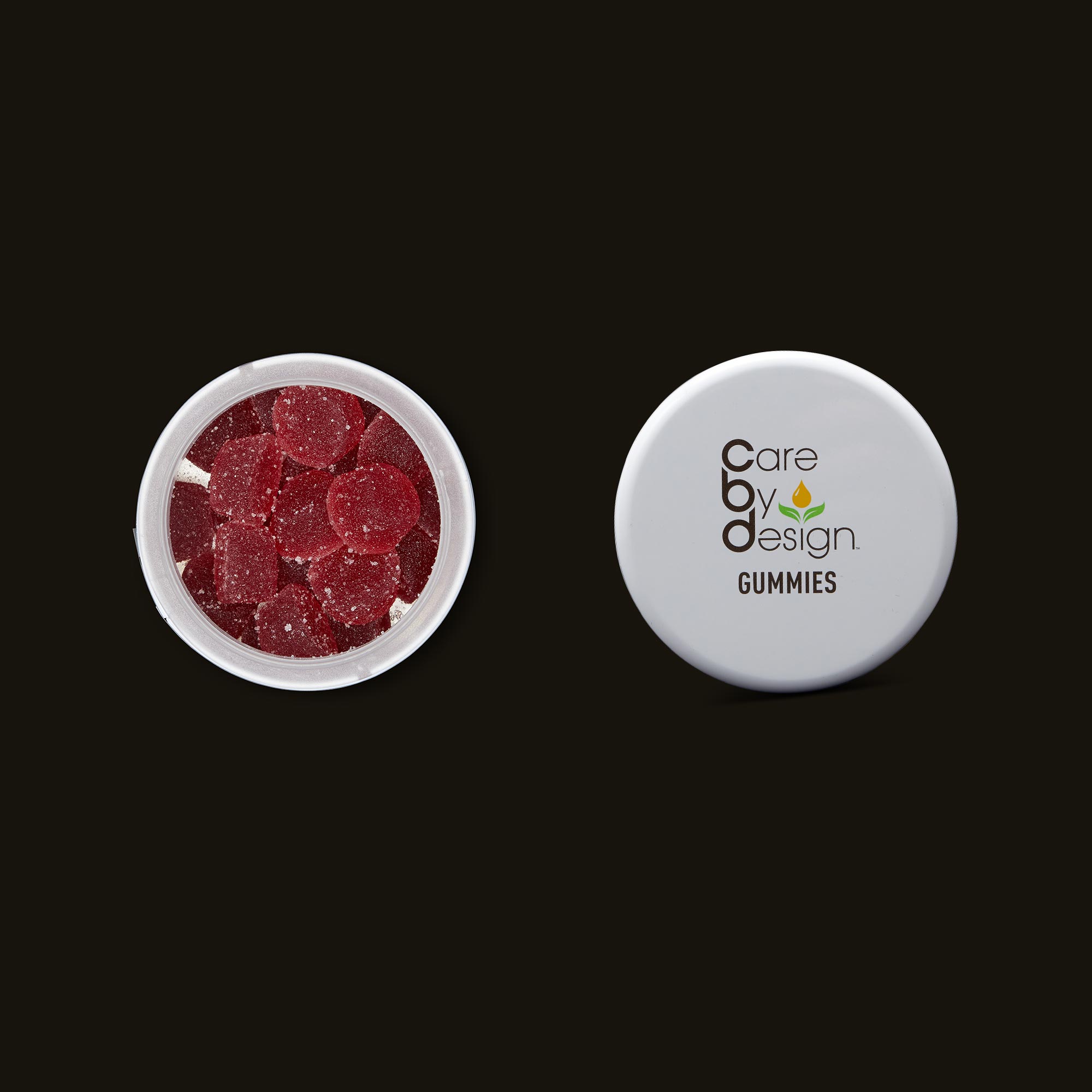 As our committee rates 1:1 Raspberry Gummies, we capture their experience in real time through our ratings app and report everything back here.

Ranked 58 of 346 in Edibles for feeling Relaxed.

The balanced ratios and pillowy texture of Care By Design’s gummies will leave you cool, calm, and collected.

IN REVIEW: At the end of a long day, finding the right way to unwind is always an ongoing struggle — but no more! Care By Design’s 18:1 Mixed Berry Gummies and 1:1 Raspberry Gummies are here to save the day. While the aftertaste could be improved upon, these fruity, vegan and gluten-free delights give way to a focused, yet ultra-relaxing high. Their balanced cannabinoids and approachable intake method also make them a perfect entry point for the cannacurious.

As the old saying goes, when life gives you lemons, make lemonade—and I’ve been making a lot of lemonade lately. Cannabis has long been my go-to for dealing with the stresses of life, and Care By Design’s gummies deliver the exact feeling of relaxation I need on those tough days.

After a particularly trying afternoon, I decided to try Care By Design’s Mixed Berry 18:1 Gummies to get me through the rest of the day. I still had a bit of work to do, so I was eager to try something that was CBD rich and wouldn’t slow me down.

I grabbed a few gummies, and I immediately started salivating just by the sight of the sweet, sugary coating and smell of berries wafting up to my nose. I popped them in my mouth and was equally pleased with the texture and taste. These gummies are surprisingly soft, almost pillowy in texture, unlike some of their chewier counterparts. To top it off, the mixed-berry flavor hit my sweet tooth in just the right spot.

However, I was met with a pretty bitter aftertaste that nearly ruined the sweetness I‘d enjoyed just moments before. That being said, it’s a common side effect that I often experience with gummies, so I didn’t hold it against them—and that texture was so dreamy I could nearly forgive anything.

“As I laid in my final corpse pose, I just melted into the floor and let that CBD magic do its thing.”

As I slowly felt some calm start to kick in, I finished my work and decided a little yoga sesh was what the doctor ordered. I rolled out my yoga mat, cued up some Ravi Shankar, lit a few candles and was determined to enter my chill zone. When I got into my first yoga position and took my first deep breath, I felt a wave of calm surge over me.

I flowed from one move to the next, completely in the zone, breathing deep, and living in the moment. Too much CBD can sometimes be sedating for me, but this was just the right amount. I felt cool as a cucumber, and my muscles seemed to stretch for eternity. The sense of awareness these gummies bring to the table is not something I often see in the edibles on the market today.

As I laid in my final corpse pose, I just melted into the floor and let that CBD magic do its thing. I listened to the sounds of Ravi strumming his sitar in the background, and took in some of the deepest, most refreshing breaths I’d taken all day. When I was good and ready, I peeled myself from the floor and was ready for the rest of my day.

Now that my work was done, and my calmness was at its peak, I decided to keep the good times rolling and go for a few of Care By Design’s Raspberry 1:1 Gummies. I grabbed two plush gummies from the pack and gobbled them up. Just as before, I was initially met with a pleasant raspberry flavor with just a hint of crunch from the sugary coating, followed by that same bitter aftertaste.

I gulped some water to wash the aftertaste away, and forgot all about it in a matter of minutes. I was enjoying myself far too much to pay it any mind. I went on to brew myself a cup of herbal tea as I awaited the new THC effects to roll in, still fully enjoying the inner peace brought on by the 18:1 gummies.

As I was sipping my tea on the couch, my girlfriend facetimed me out of the blue, and I excitedly picked up. Being that we live on opposite sides of the country, it’s a rare occasion that the two of us get a chance to talk about all the latest happenings in our lives.

In the middle of our conversation, I started to notice that although we were talking about the drama of our busy lives, my blood pressure did not raise one bit. I felt totally balanced and rather “unbothered” as the kids say. I even found myself giggling off some of the troubles that had weighed me down earlier in the day.

“I was excited and buzzed at first, which gave way to a clear and calming euphoric high. ”

We hung up the phone, and I simply felt lighter. These 1:1 Gummies delivered the perfect dose of THC to uplift my mood, while the CBD balanced out any negative side effects that you might typically see with THC-infused treats. The effects almost seemed to unfold and reveal something different as time went on.

I was excited and buzzed at first, which gave way to a clear and calming euphoric high. Hours later, when I started to come down, I was gently laid to rest by the CBD. There was no harsh crash, nor did the THC completely derail my night.

Both gummies were dosed just right to deliver the exact refreshment I needed. I went to bed that night feeling rejuvenated and hopeful for the next day. In the end, I would highly recommend Care By Design’s Gummies to my friends and family, or I may just keep them all to myself. The jury is still out on that one.

Since the pandemic I’ve been in constant anxiety about work and life in general, not seeing friends and an existential dread really put my head in a bubble. One gummy was enough to relieve the anxiety and gave me a body high but also opened my mind to accept that everything’s ok. Highly Recommend.