Kiva's Blueberry Terra Bites aren't as popular as their Espresso Bean sister, they still make for a pretty remarkable experience. The high is often pleasant and calm, and the sweet berry flavor acts as an invitation for more. You're likely to feel fully immersed in what you're doing, but it can also turn you into a space cadet. They've also been known to help with sleep so make sure to write down what you need to remember before the euphoric high takes over. 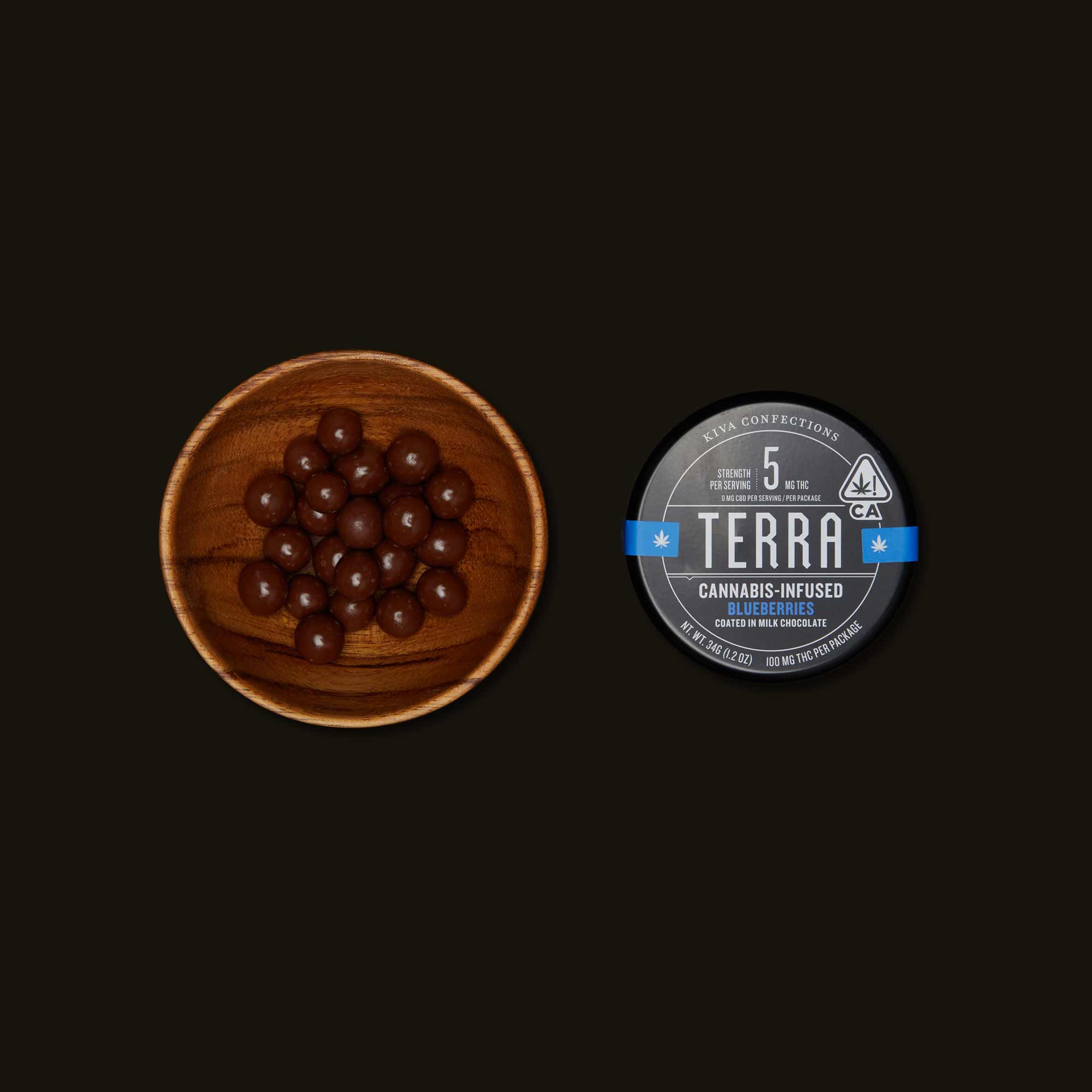 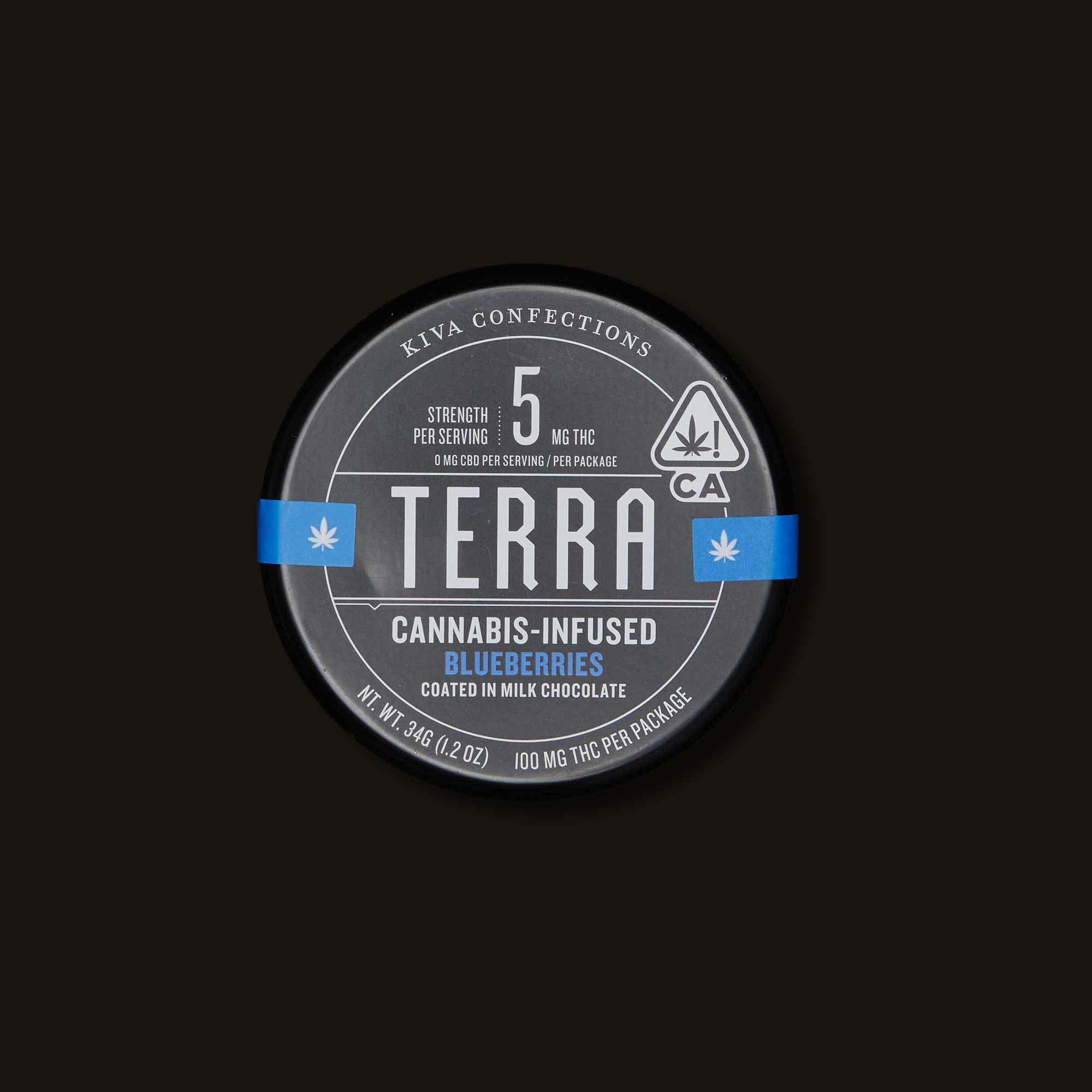 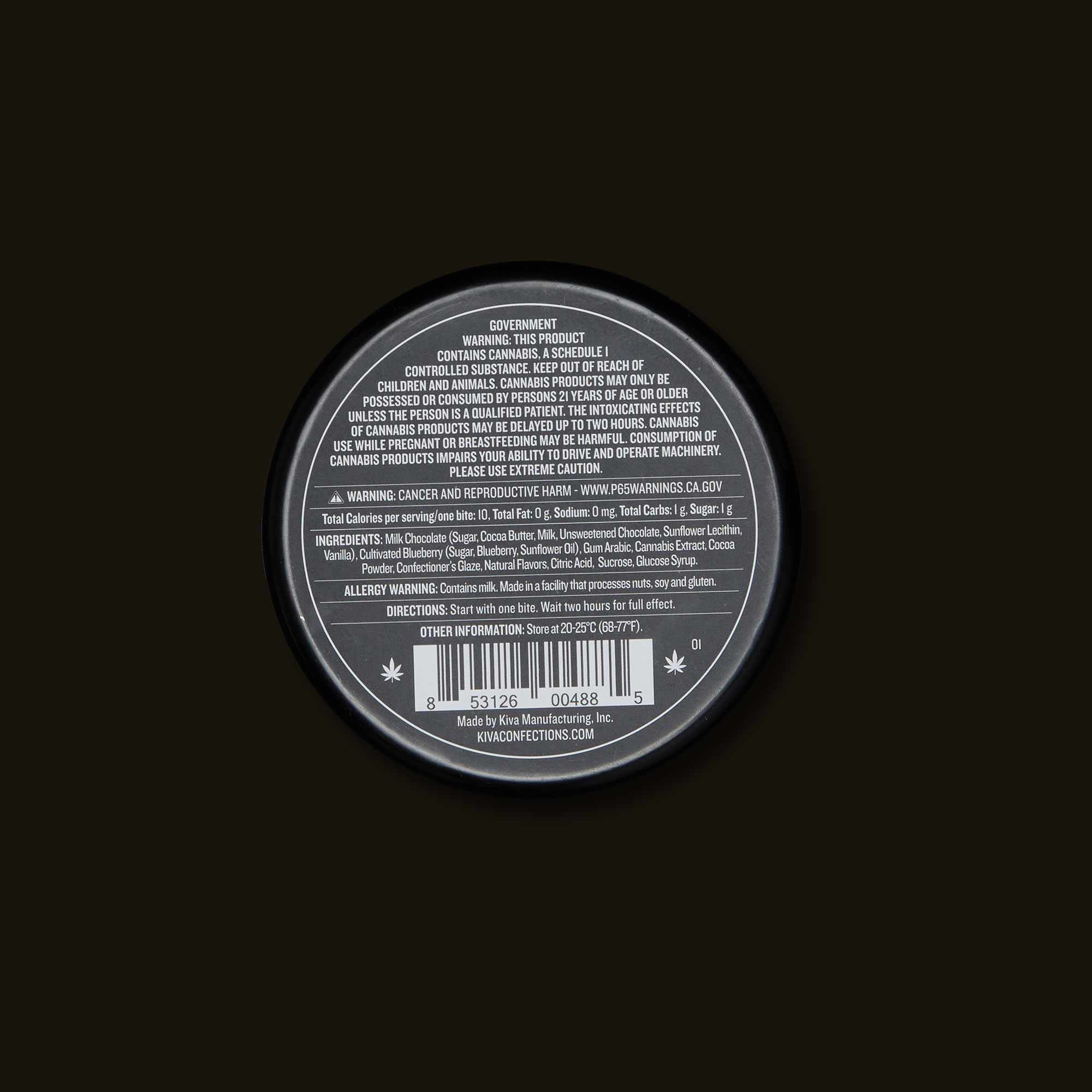 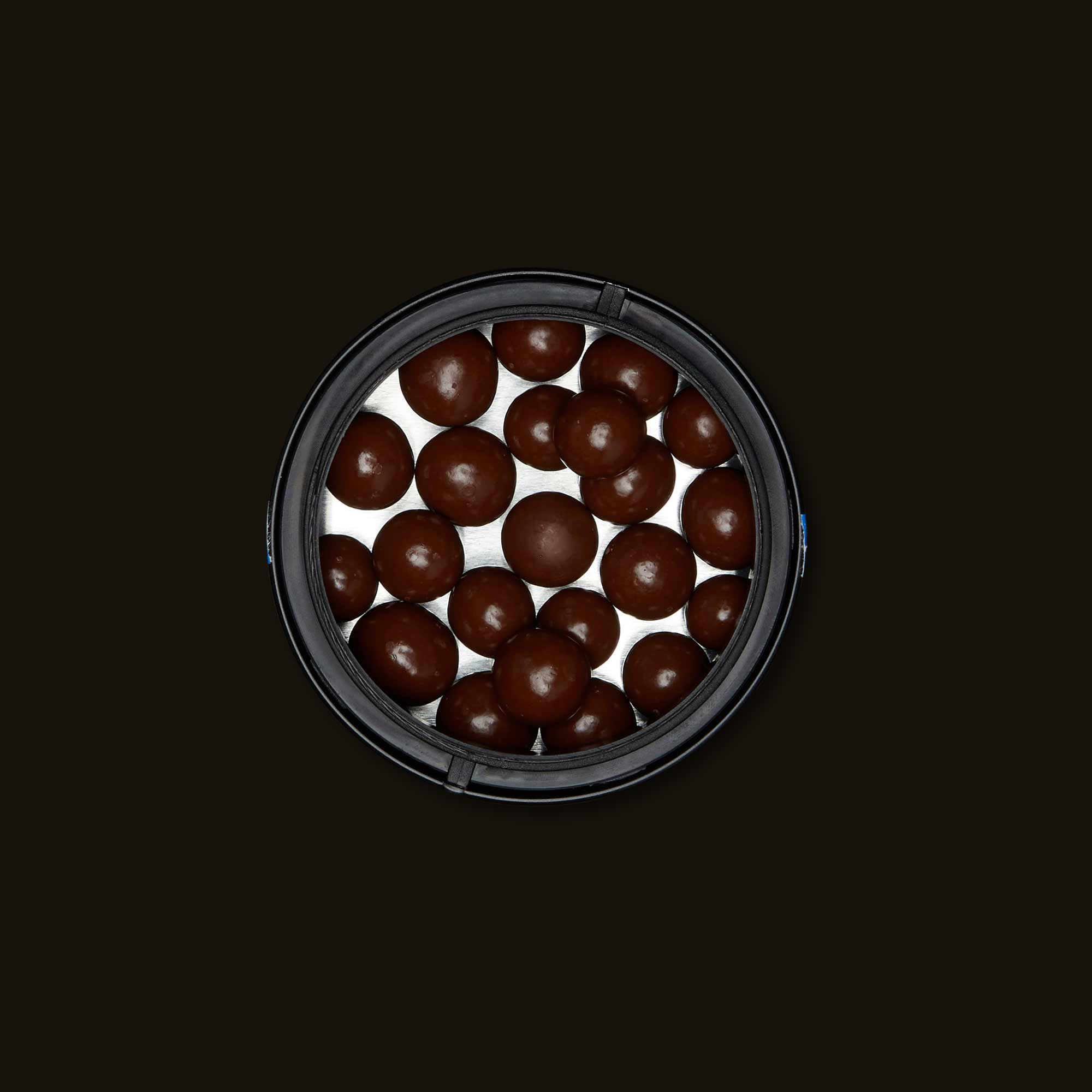 As our committee rates Terra Milk Chocolate Blueberries, we capture their experience in real time through our ratings app and report everything back here.

Blueberries That Make Everyday Life The Stuff Of Action Movies

Just one of these puppies put me in a cinematic headspace.

Some things come easier for certain people. There are skaters who nail a kickflip on their first try, travelers who learn a new language within a month, and Tom Cruise, who leaps from buildings and films his own helicopter battle stunts. Nothing is impossible for certain people when they’re in their element.

“Being super stoned is some people’s element. I am no such person. ”

Being super stoned is some people’s element, and certain people have no problem piloting through normal daily life under smokey conditions. I am no such person. That doesn’t mean I don’t enjoy the benefits of THC and CBD. I’ve just come to realize I’m not very good at managing large doses of it. So much of “practice makes perfect” involves being fully present during practice, and I have a hard time being fully present when I’m baked, barring a perfect union of mood and strain. I’m prone to losing focus and getting paranoid in public. The balancing act can be tough when much of my weed intake is to heighten my experiences at concerts and movies. I need something that can last for the duration, which tends to excuse joints. And edibles can be overpowering, making it feel impossible to engage in small talk, eye contact, or, you know, normal human interactions. But lately, I’ve been experimenting with chocolate bars that break up into easily defined doses. 5mg of THC seems to be the standard, which I am thankful for.

All spring and early summer, my friend and I had been growing more and more stoked from every trailer for Mission Impossible: Fallout. While I enjoy arthouse foreign films because they give the illusion I’m an intellectual, I’m also a sucker for big budget action movies with a capital M, especially if they star the age-eluding, gravity-defying, and reputation-resuscitating Tom Cruise. So we decided to head to the Arclight Dome in Hollywood to witness movie magic.

We were running late, so I was feeling a bit anxious as we rushed from the parking lot and bolted toward the theater. As we walked, we helped ourselves to one chocolate-covered blueberry a piece, each dosed at 5mg of THC. They had a slightly sweet chocolate aroma with a rewarding berry flavor accompanying the sweet milk chocolate. The texture and mouthfeel were fairly standard compared with the other chocolates I’ve recently been experimenting with. The same goes for the aftertaste. It was notable but nothing mind-blowing, at least compared to other chocolate bars I’ve tried like Défoncé’s Coffee Chocolate bar or Kiva’s blackberry-infused semisweet chocolate bar.

We were relieved to take our seats right as the trailers concluded. Maybe it was the power-walking through the lobby, but it felt like the bites were kicking in within 15-20 minutes. The onset of the high heightened my anticipation, and as the movie got underway, I felt fully relaxed which is uncommon for me in public settings. As the film progressed, and I was good and baked, that relaxation remained. As for the movie itself, it was a blast.

“I noticed a buzzing and tingling warmth take over me, like taking a shot of tequila.”

The real drama, however, arrived when we returned to the parking lot and realized we had no idea where we left the car. In the rush to see Tom Cruise make the impossible look relatively easy, we paid no attention to where we were parking. Which I guess is like the one thing you’re supposed to do once you’ve parked. We weren’t even sure what level we were on. In my slightly still foggy mind, I wondered if Tom Cruise’s Ethan Hunt had ever been on the way to save the day and realized that he misplaced his car keys. His solution would probably be to hot wire a car or just climb to the roof and use his belt as a zip line across telephone wires. My friend and I didn’t have the right shoes for all that, so instead we just began to turn on each other, trying not to own the blame for fouling up something so simple. It was a sort of humiliating experience, a tragic reminder of my inability to get high as fuck and still function in normal society. My arch-nemeses, paranoia and foggy memory, are always right around the corner. After about 30 minutes, the car found us.

The next time I sampled Kiva’s Blueberry Terra Bites, I made sure to do it in the safety of my own home, clear of motor vehicles, multi-story parking garages, and other people—except for my Chihuahua son, Benjamin. This session, I noticed a buzzing and tingling warmth take over me, like taking a shot of tequila if tequila browned your teeth with a mildly pleasant blueberry chocolate aftertaste. Once the high kicked in, I focused my attention on playing with my dog and working on a new short story. The short story had nothing to do with a special agent going rogue and saving the world while armed with a spinning motorcycle and a winning personality. Because sometimes it’s good to keep things realistic and embrace the drama of the most basic human experience. Parking structures can make impeccable suspense set pieces.

While Mission Impossible’s Ethan Hunt may sometimes need to put himself in unforgiving situations that test the limits of mankind, I like to think that between each installment he puts his feet up and gets baked in the privacy of his home. Or that he’s a savant, capable of escaping brushes with death by the skin of his teeth while being inept at just plain brushing his teeth. Even superheroes need balance.

We, aged 60 & 70, are new to edibles. We smoked in our 20s & 30s. Went on vacation w/friends & decided to stop at a dispensary & get an edible. The lady suggested Terra 5mg Blueberries. OMG, just what we were looking for. A pleasant head buzz, relaxed body, & no out of control munchies.