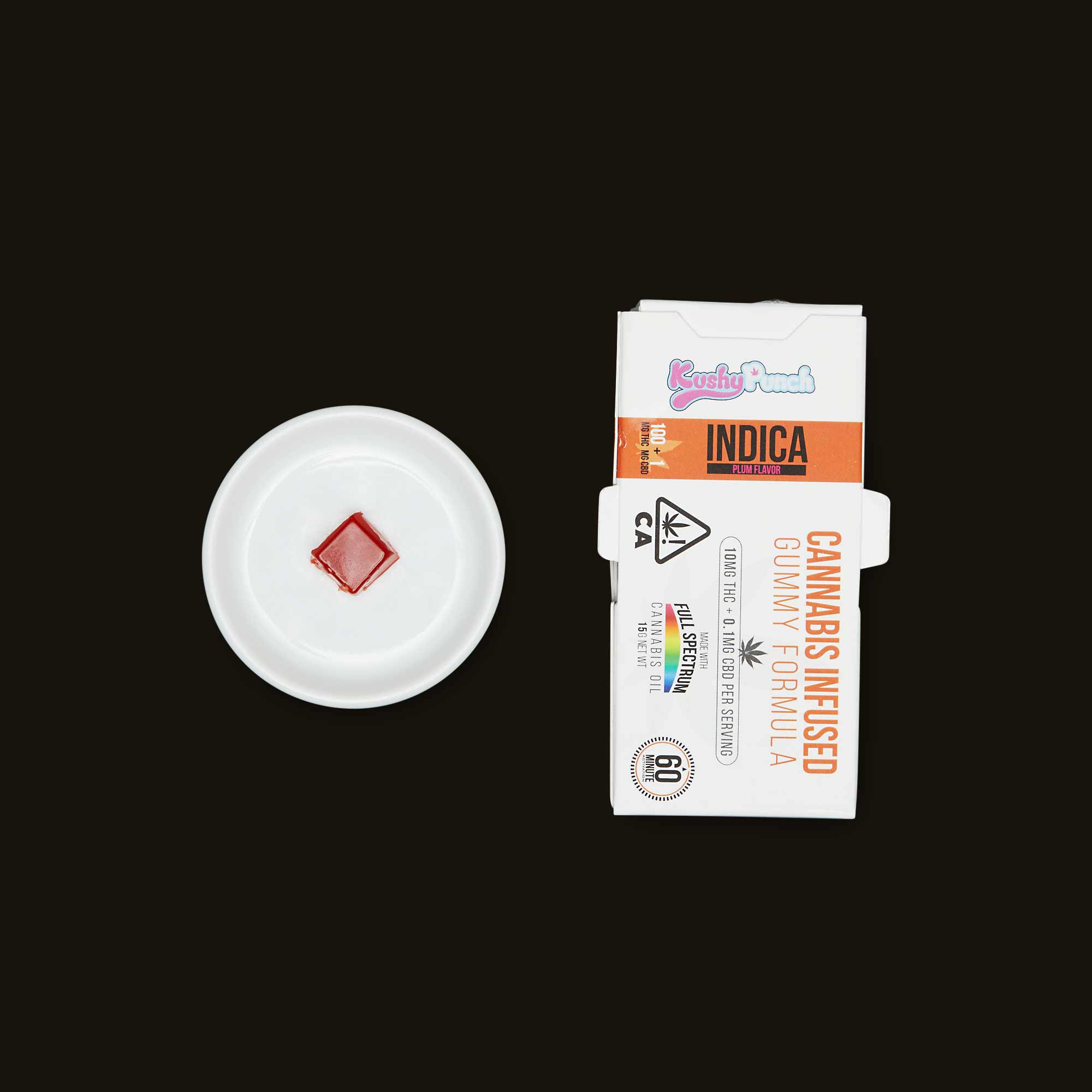 Kushy Punch's Indica Plum Gummies are sweet and chewy but there's a pretty potent aftertaste of weed. The following high tends to be potent in both the body and head, so you can expect a nice and mellow couchlock. A lot of people say the head high fades a little faster than the full-on stoney experience in the body. This is a good option for a floaty evening by yourself.

Ranked 31 of 223 in Edibles for feeling Relaxed. 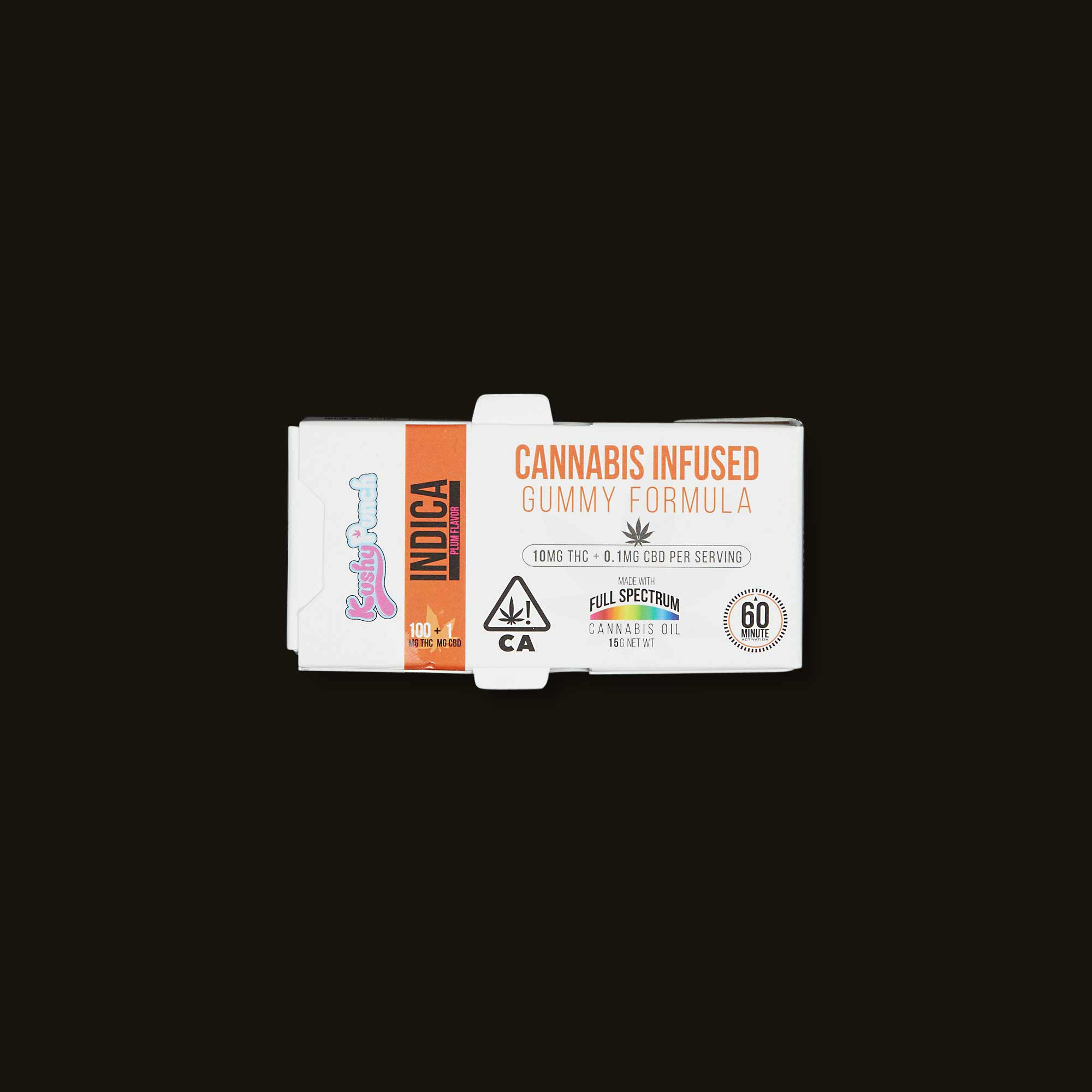 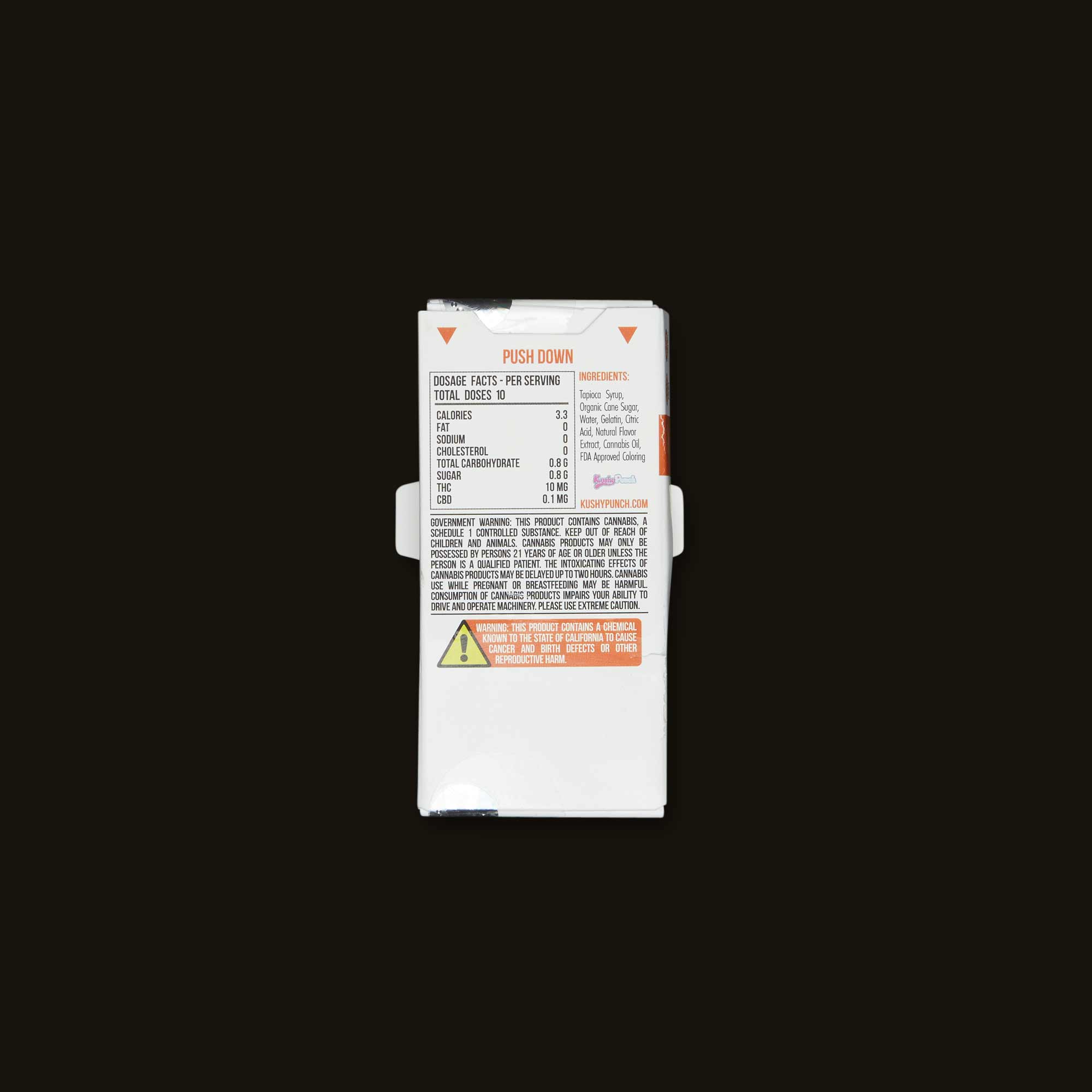 As our committee rates Indica Plum Gummies, we capture their experience in real time through our ratings app and report everything back here.

Ranked 31 of 223 in Edibles for feeling Relaxed.

Gummies To Help You Float Through Death Valley

In a barren desert, these gummies left me feeling lush and exuberant.

We woke up in the hotel portion of a haunted opera house in Death Valley. The night before, my boyfriend and I celebrated his 30th birthday by getting too drunk to care how scary the room was. The morning brought an unsettling clarity, however. The energy felt static and unkind and altogether spooky AF. On the official tour of the famed Amargosa Opera House, consisting of us and some self-proclaimed ghost hunters from Alabama, even the wild horses gathered out back seemed to feel it. Back in the room, I ate one Kushy Punch Indica Plum Gummy. Then we got the fuck out of there.

As a weed writer, I see the brand Kushy Punch around quite a bit. Despite having relative ubiquity in the industry, this was my first time trying one of their products. In this case, I ate one of their Indica Gummies, coming in at a mere 6.25mg THC per dose. Looking back, that seems impossible given how high I felt. However, this plum-flavored gummy is made with full-spectrum oil, meaning that instead of containing isolated THC or CBD, it contains all of the plant’s original cannabinoids and terpenes. Known as the “entourage effect,” cannabis works best when its terpene profiles and range of different cannabinoids remain intact. With whole-plant extraction, the plant’s compounds interact synergistically, magnifying the medicinal benefits of each of its parts. So while the dosage is technically low, its effect is much greater than an edible containing 6.25mg of isolated THC. And by greater, I mean much, much greater.

“Despite being possibly haunted by a turn-of-the-century prostitute, I could not have felt happier.”

Unfortunately, these don’t taste great. Maybe I’m just not that into candy, but enduring a chewy cough syrup gob is low on my list of ways to get high. Thankfully it was tiny and easy to swallow. Though the flavor sucked, I felt better knowing they’re made with tapioca syrup and all-organic, non-horrifying ingredients.

We got in the car and my boyfriend drove us around for what felt like a while. Maybe it was a short time, but Death Valley is trippy like that. Suddenly, it became even trippier. The alien landscape transitioned from black hills and red valleys to white sand dunes that stretched to a crystal blue horizon. Heat waves radiated, waving my vision in sync with the psychedelic Primal Scream song we were listening to. My body melted into a pool of iridescent goo, and despite being possibly haunted by a turn-of-the-century prostitute, I could not have felt happier.

We followed the vast salt flat, passing the lowest point in North America, stopping to collect crystals and rocks. Everything was hilarious. Everything vibrant. It was as if this valley of death was blooming with an anticipation only we could experience the excitement of.

“It was at this point I noticed my body felt like a bowl of jelly.”

We came to a crossroad where the park’s only resort, The Oasis at Death Valley, met the offshoot of a 15-mile drive to a lookout point called Dante’s Peak. He was hungry and I wanted wine, so we resolved to check out its restaurant, and force my car up the Dante-ing (lol) hill afterward. Before entering the dining room, we spent close to an hour outside running around, giggling. To be blunt, these gummies are fun as fuck, nostalgic in the way they get you silly stoned. Akin to a light mushroom high, I felt goofy yet hyper-observant. The attempts to maintain terraced gardens in the some of the harshest land in the world, the way the salt corroded all the structures, the latent water features, also calcified—I noticed everything. Inside the giant carcass of the dining area, I was still acting goofy, but it didn’t matter because no one else was there.

It was at this point I noticed my body felt like a bowl of jelly. I’d never experienced such a strong body high from such a low-dose edible—and I was loving it. In a part of the world where death is everywhere, the gummies made me feel alive, floating above it all in a bubble of pure elation.