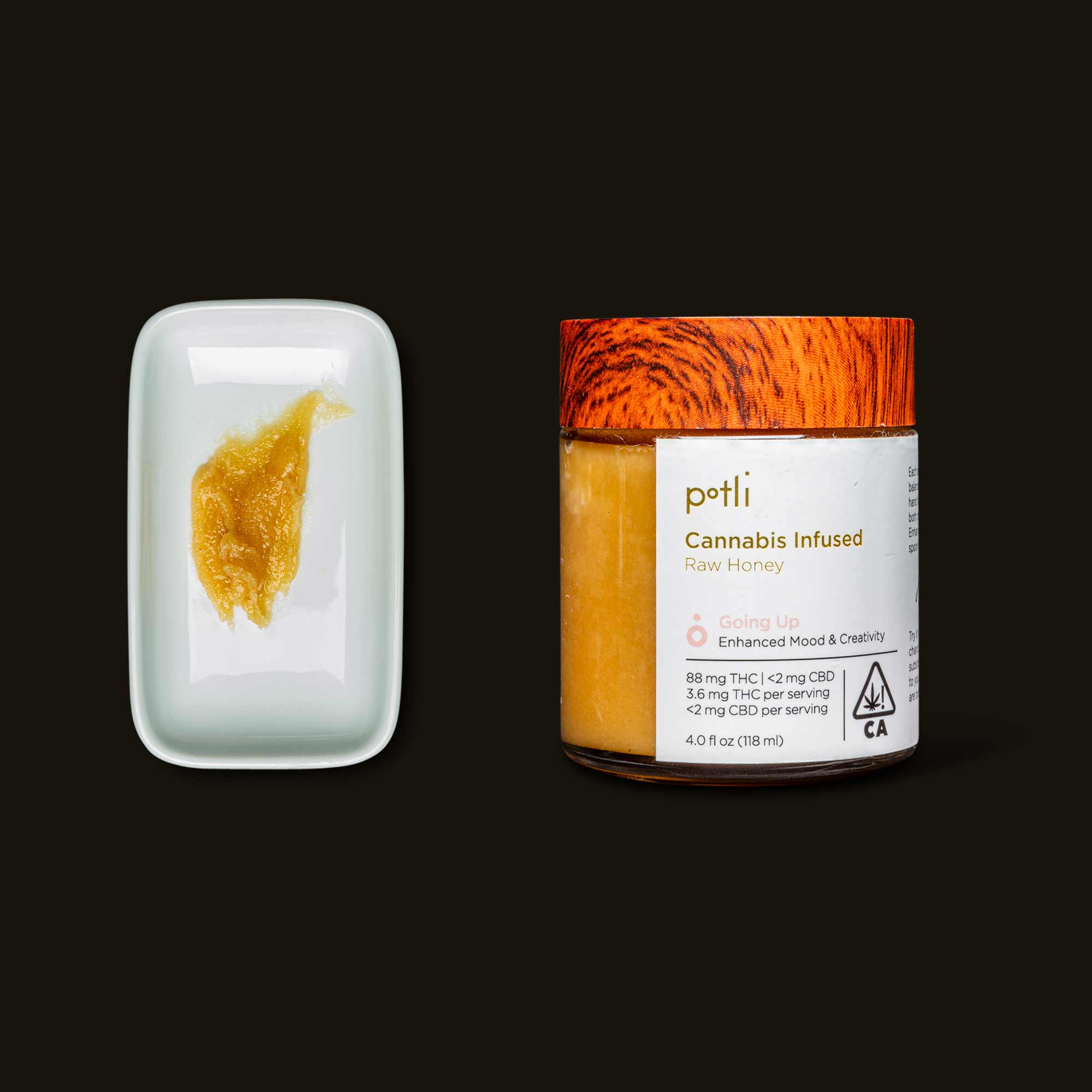 Potli's Going Up Raw Honey is a jar of uplifting, cannabis-infused honey that's intended for daytime use. It's sweet but herbal in the aftertaste, so don't expect it to taste straight out of the hive. Add this to a cup of tea or drizzle it on your breakfast to add a sensorial boost to the rest of your day. Consider this on a sick day, too.

Ranked 6 of 92 in Edibles for feeling Focused. 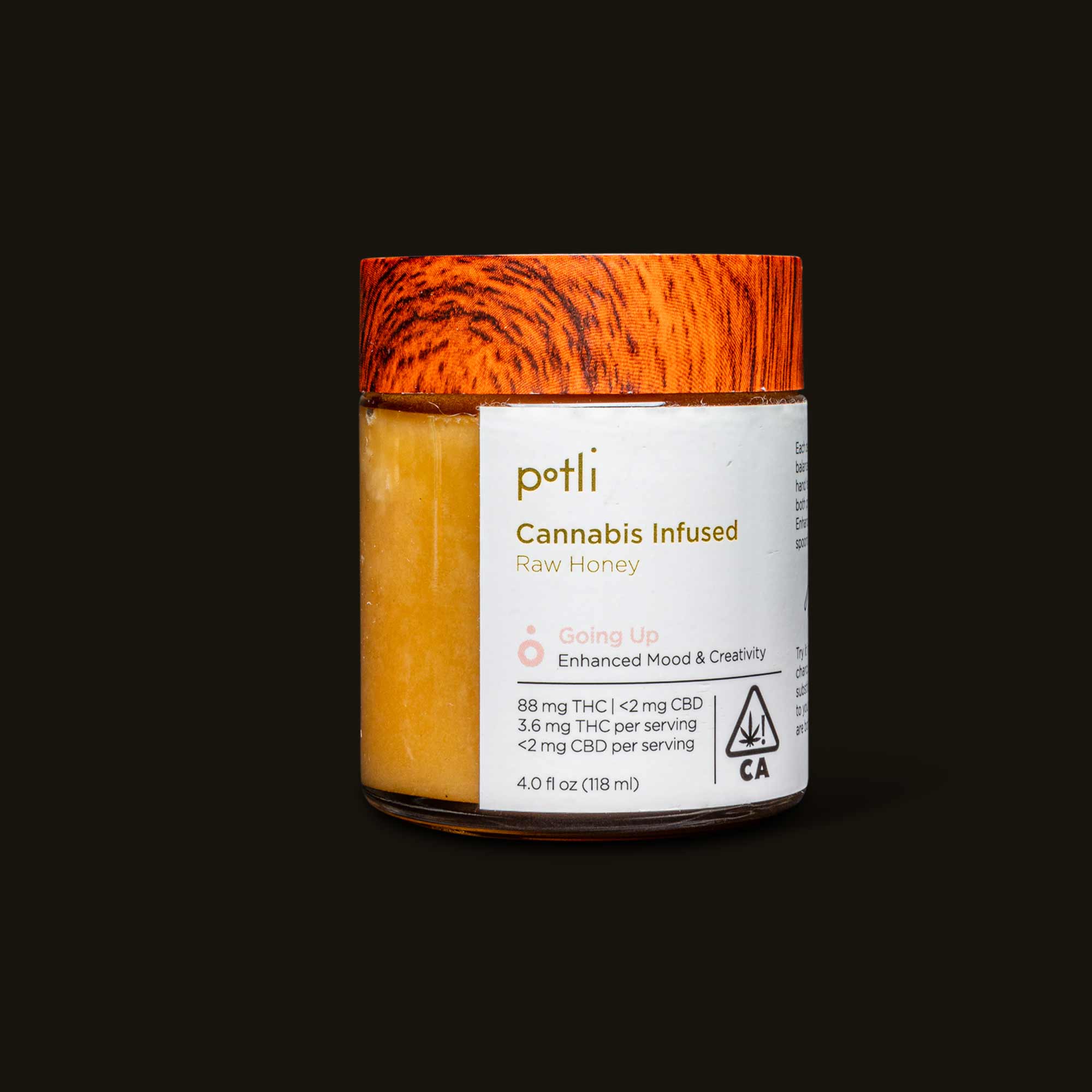 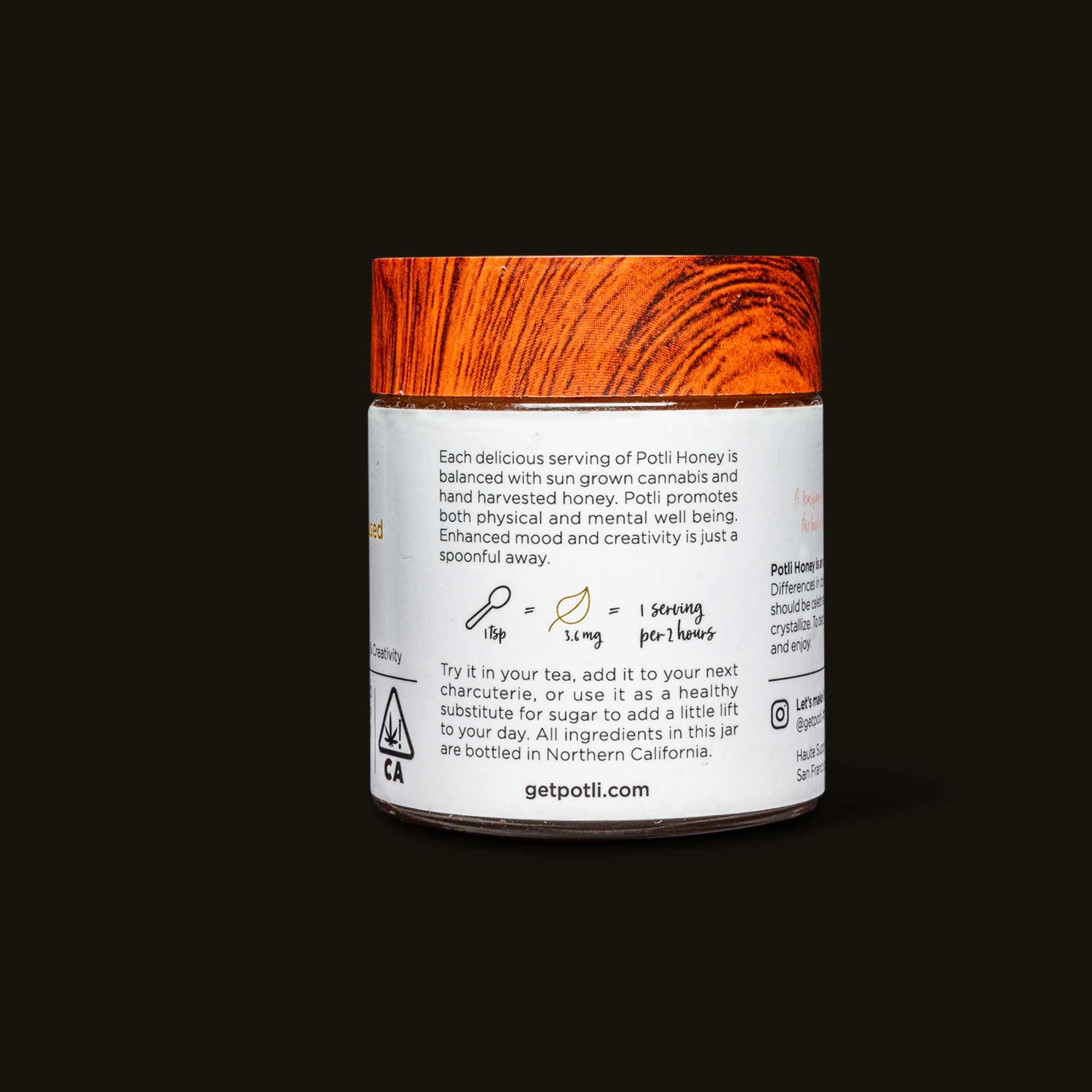 As our committee rates Going Up Raw Honey, we capture their experience in real time through our ratings app and report everything back here.

Ranked 6 of 92 in Edibles for feeling Focused.

THC-Infused Honey With A Side Of Gratitude

On a blustery fall day, this honey kept me both grounded and in the clouds in the best possible way.

IN REVIEW: Getting a precise dosage of this THC-infused honey (88mg THC per jar) might be tough, but the calming high makes it well worth any learning curves. As reviewer Luca experienced, this weedy honey is great for laid-back days at home or at the park. If you're new to edibles, start with half of a teaspoon and wait an hour or two before taking more.

“When you wake up in the morning, Pooh," said Piglet at last, "What's the first thing you say to yourself?" "What's for breakfast?" said Pooh. "What do you say, Piglet?" "I say, I wonder what's going to happen exciting today?" said Piglet. Pooh nodded thoughtfully. "It's the same thing," he said.

“There is a slight taste of citrus in this honey that really transports the flavor profile.”

Rarely has Winnie the Pooh made so much sense because I had waffles and a generous helping of edible honey with a sprinkling of adventure. Going Up Raw Honey by Potli is such a delightfully fragrant and ethereal-tasting honey, I could easily picture myself leaning against a hollowed-out tree trunk and waxing rhapsodically to a gathering of woodland critters. Passing around the ol’ honey dipper stick while songbirds chirp a Disney tune around our heads.

Alas, I only took a couple of tablespoons and not the entire 4 oz. jar, so such a thing was unfortunately not in the cards. There is a slight taste of citrus in this honey that really transports the flavor profile. I ate a small teaspoon of the honey raw to experience it in its truest form and I stirred another spoonful into my morning tea. The waffles complemented both well and I briefly considered making this my permanent breakfast routine.

Getting a precise dosage is a bit of a crapshoot with this honey but I’d say I had about 15mg of THC from the total 88mg jar. If you find yourself sufficiently high from 10-15mg of THC, I wouldn’t venture too much past a large tablespoon. This was a high that crept up on me and I found myself checking my watch and wondering aloud if I consumed enough to do the job. Then I eventually entered into what can best be described as a mental clearing, a lightness of head and body that felt totally immersive with my environment.

“I simply enjoyed myself without self-criticizing (no small feat).”

There was no rigidity or anxiety associated with this high and there were moments of great insight that further shed layers from my constantly chattering mind. This ability to focus allowed me to not get bogged down in the minutia of the day. Instead, I simply enjoyed myself without self-criticizing (no small feat).

It is often with highs of any stripe that my attention gets redirected like some celestial being is jangling car keys in front of my face. Then off I go down a YouTube hole or a mindless house-cleaning rampage. This high was different in that the auto-pilot was slow to turn on. I was deliberate in where I was able to direct my energy and as a result, I was able to complete a creative endeavor I had placed on the back burner as well as the Tuesday crossword puzzle. I found the latter to be a towering achievement since I am typically not good at such things.

Afterward, I felt the high pushing me into a direction of measured curiosity, so I ventured to take the dog outside for a walk. The overcast day was replete with ash from surrounding brush fires and peppered with the sights of pumpkins and swaying palm trees that mark an autumnal SoCal day. I watched my dog take note of the broken branches and the sounds of wind chimes crashing into one another. The serving of Going Up Raw Honey kept my reluctance at bay and set the tone for my dog to follow suit.

“Then, in a moment of cosmic hilarity, I stepped in another dog’s turd.”

Together we took a run to the nearby park where we were the only weirdos chasing each other around. It was one of those rare moments of unencumbered joy. A total synergy between man and dog and surroundings. The metaphor of this moment and the creation of honey itself was not lost on me. I began to think about how plants depend on bees for pollination and how Dexter, my black lab, depends on me for sustenance and how my wife and I depend on him for companionship and how together we all rely on nature as this sort of innate compass.

I found myself looking for bees if only to encourage them and tell them I am no longer fearful of their sting. That I am more fearful of a world without their sting. It was during this introspection when I became certain I had reached the apex of my edible high.

Then, in a moment of cosmic hilarity, I stepped in another dog’s turd. Just like that, I was sprung back to the present and my grand rumination on interconnectedness gave way to the very simple and frustrating task of removing crap from my shoe. The entire way home I dragged my left foot onto the curbed pavement like Quasimodo trying to shed himself of some stranger dog’s mess. It’s important to note that I did not allow this to ruin the moment. In fact—and this was perhaps the overarching superpower of the THC honey—it only heightened it.

It was a tableau that deserved to be laughed at. In the midst of a surrounding hellscape where homes were burning in the distance and the air quality was most likely sending people indoors and high winds were causing damage, I found it absurd to be overly critical of a soiled sneaker. So I laughed at myself and I laughed at my petty problems and ended our honey-powered walk with a sense of all-encompassing gratitude.