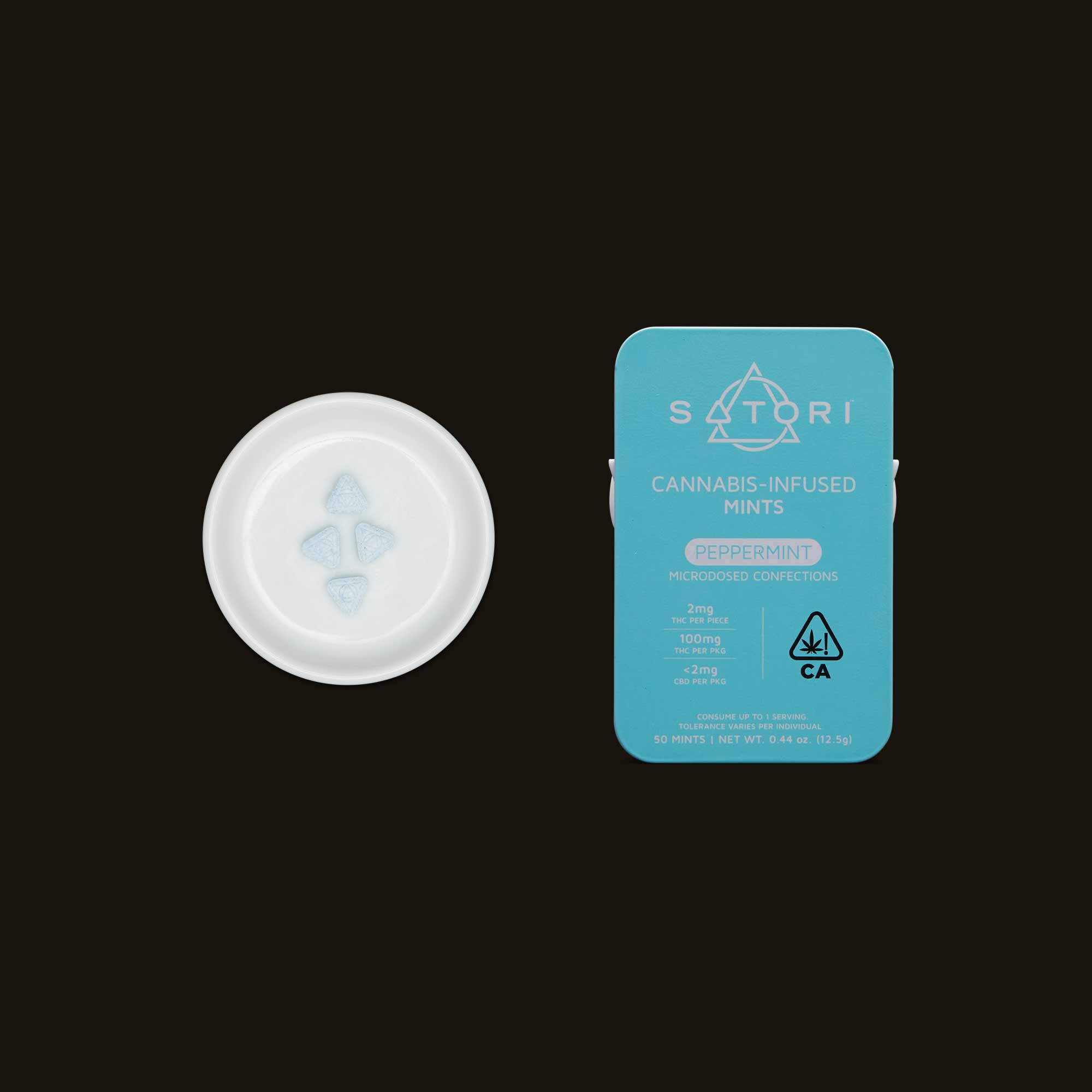 These peppermints are bright and light with 2mg of THC apiece, making them perfect for microdosing or introducing a new user to edibles. Their flavor is refreshing and their effects uplifting, so they’re the perfect companion for date night, working out or pretty much any activity under the sun. Each tin has 50 mints, so share regularly and dose often for a reliable and calming mood boost that won’t bring you down.

Ranked 11 of 246 in Edibles for feeling Relaxed. 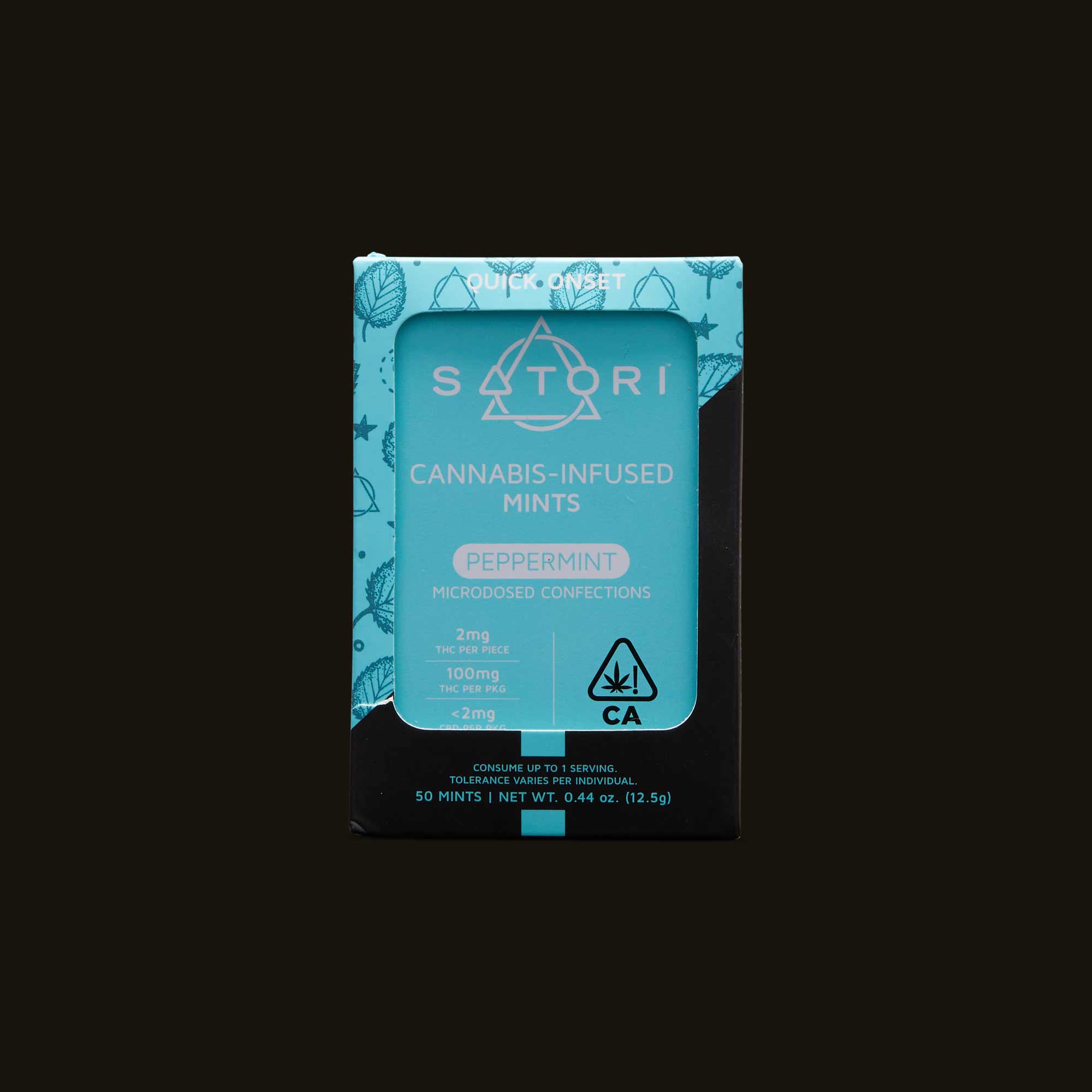 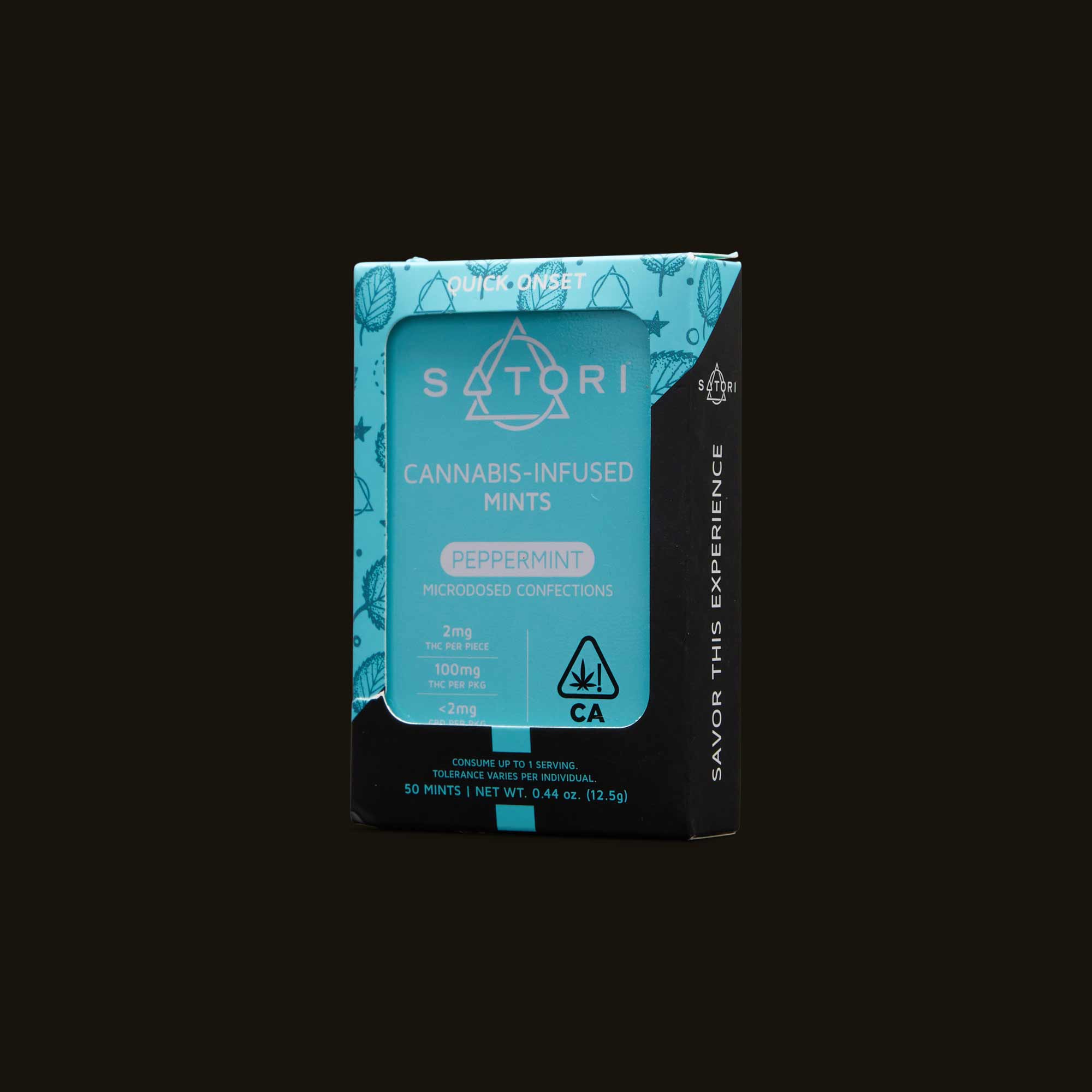 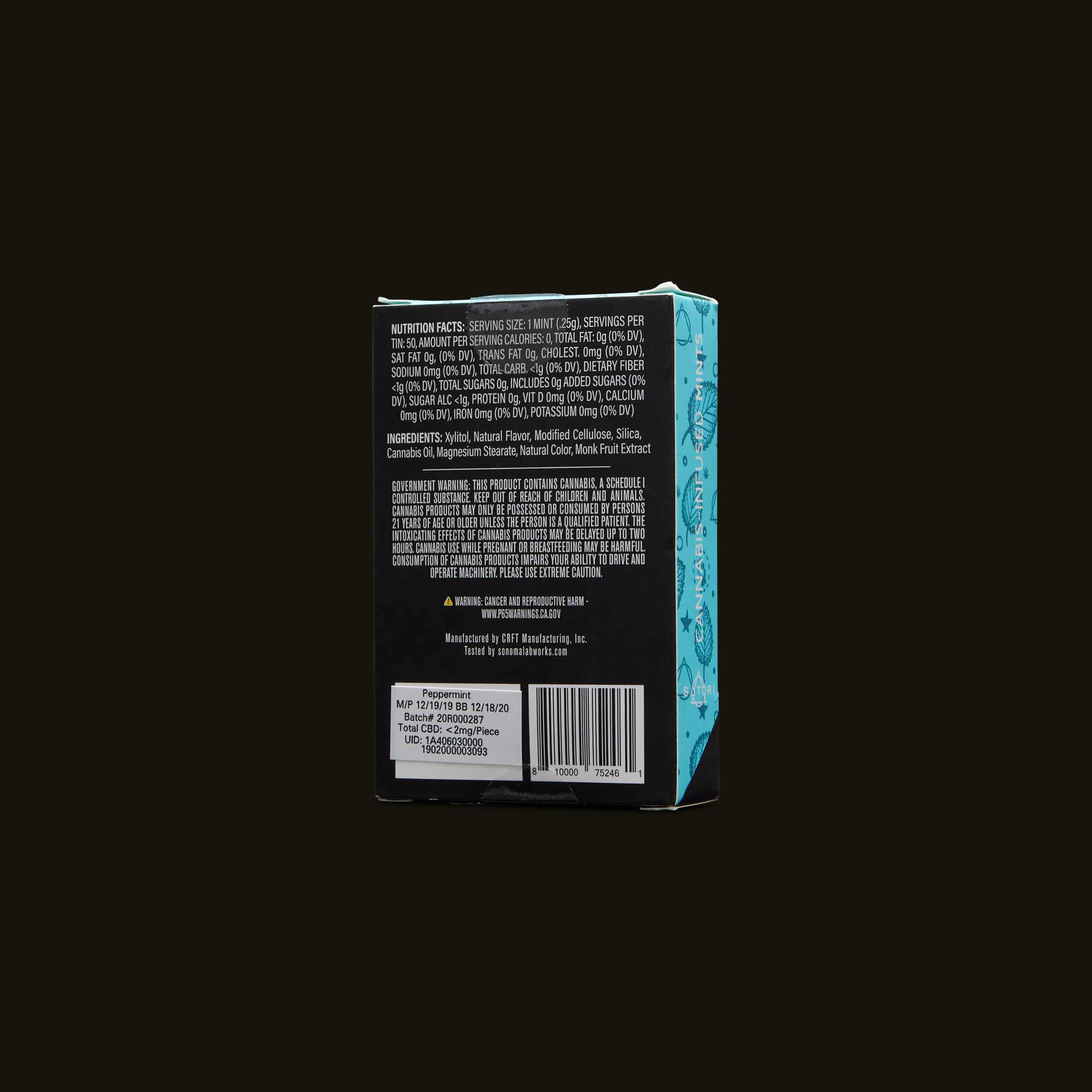 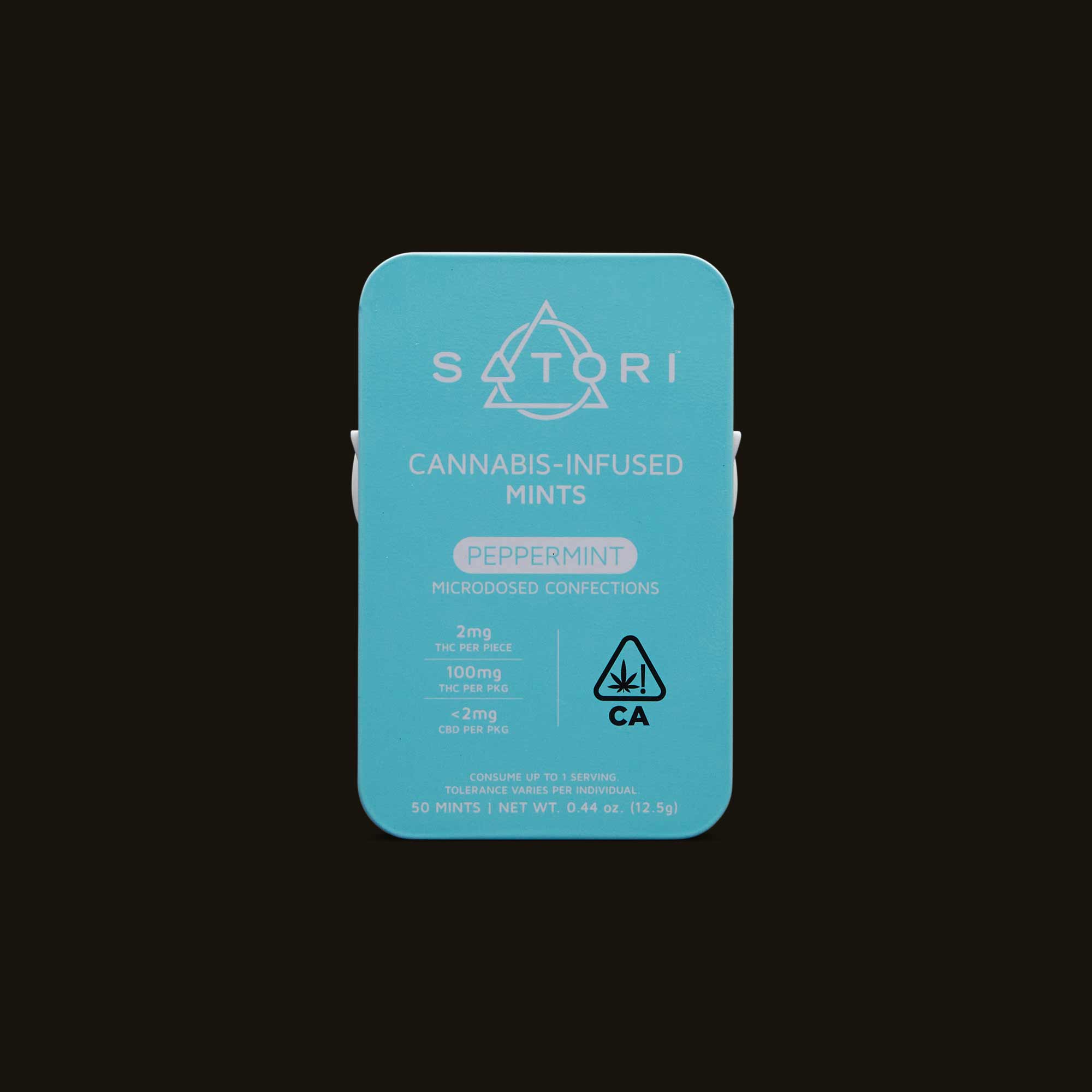 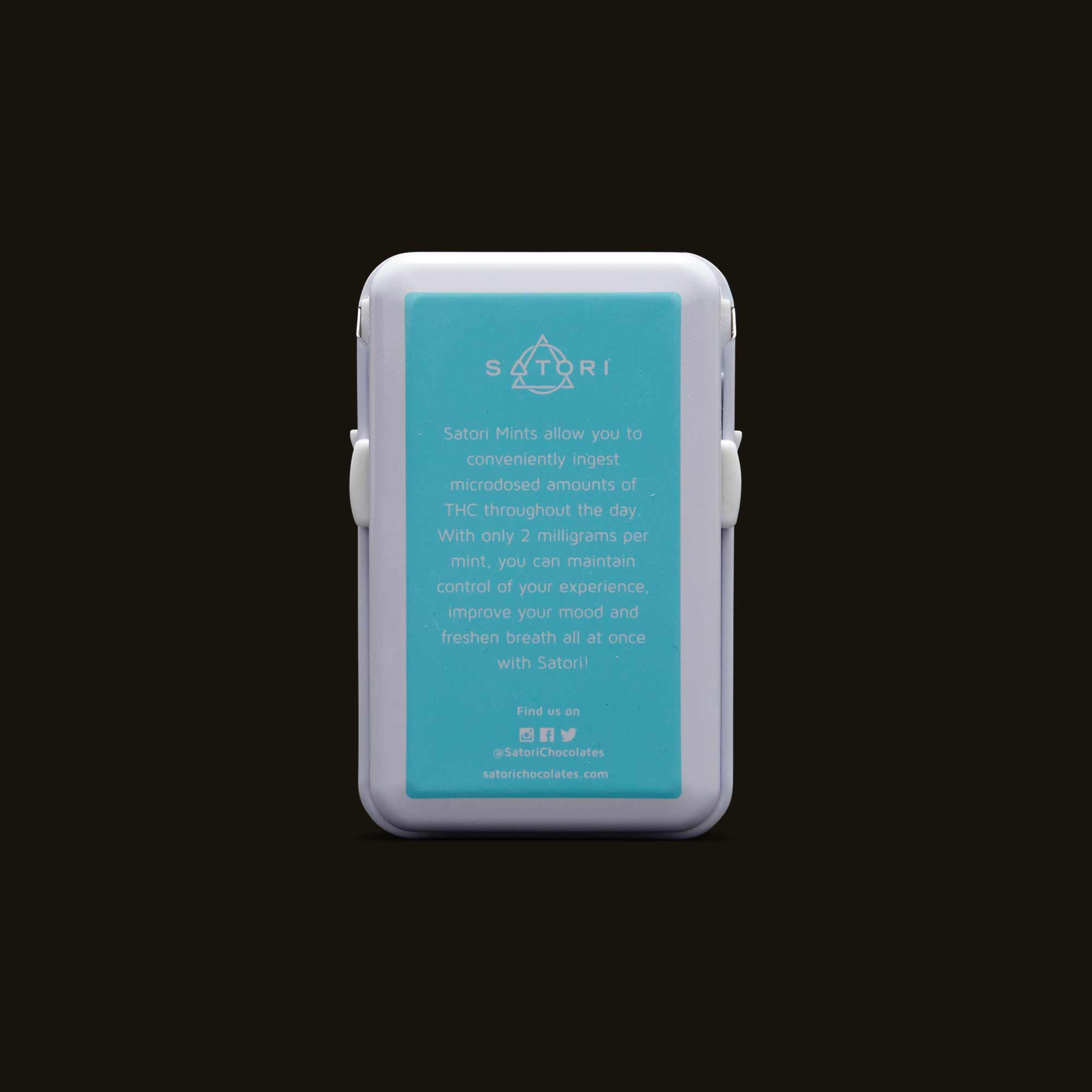 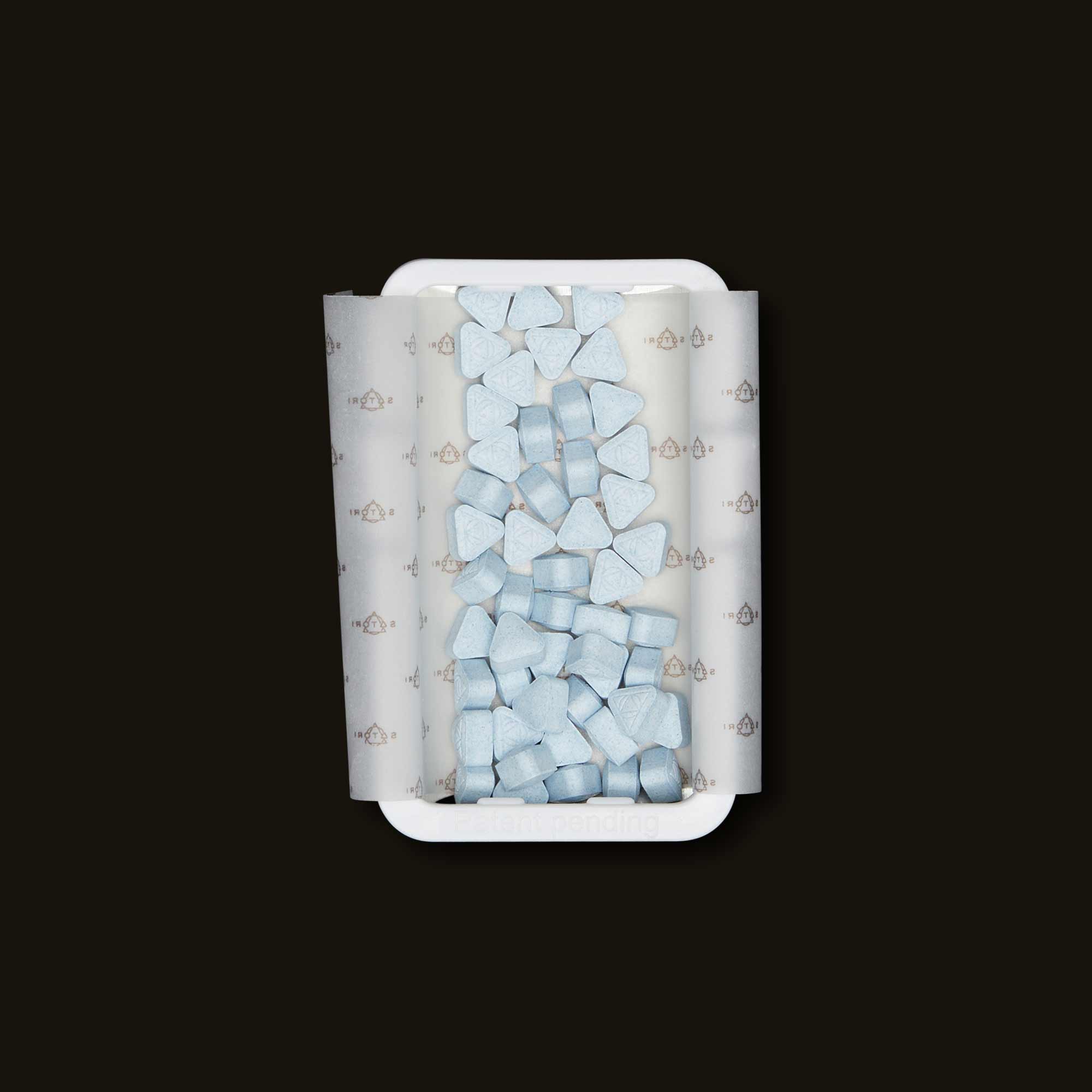 As our committee rates Peppermints, we capture their experience in real time through our ratings app and report everything back here.

Ranked 11 of 246 in Edibles for feeling Relaxed.

With candles lit and the radio coming to life, I finally settled into a deep relaxation that proved to be this high’s strongest trait.

Cannabis-infused THC mints bring out the joy at home, even in self-quarantine

IN REVIEW: Kill two birds with one mint and show up fresh to death for date-night, or control your after-dinner high with this low-dose edible. Don’t miss these easily integratabtle mood enhancers that will keep you steady on a mag rail instead of blasting off in a rocket. Even those new to cannabis can put their trust in a refreshing bite that complements any endeavor.

Satori’s Cannabis-Infused Mints are a refreshing way to keep the blues at bay. What better time to pop a handful of these peppermint edibles, which contain 2 mg THC each, than after a particularly spicy meal of leftover Chicken Tikka Masala. Even as a breath mint alone, this more than holds its own. These curiously dank mints hardly tasted like cannabis at all. At first, I wondered if I would even get high. That question was laid to rest a mere 30 minutes later.

“I figured if we are going to be living in apocalyptic times, I should at least know how to grow some heirloom tomatoes.”

While I did not gain sudden enlightenment and awakening, there was an undeniable euphoria that swept over me, like an undercurrent of electricity that propelled me to seek some joy in my day. Did I also mention the fresh breath? My breath was as crisp as a winter walk through a snow-covered meadow. The only thing missing was animated bunnies frolicking past.

The high was subtle enough to take on some work, or to just lounge around the house and get lost in a good movie. Since I was under a county-mandated coronavirus self quarantine, of course, I chose the latter. With my feet propped up on an ottoman and my dog stretched across my lap like a furry anchor, I settled into watching a YouTube instructional video on gardening. I figured if we are going to be living in apocalyptic times, I should at least know how to grow some heirloom tomatoes.

These mints were an effective midday microdosing choice, as they lifted my spirits enough to get some indoor calisthenics going as the video played in the background. I know what you are thinking — having leftover Indian food for lunch, then edible mints, and then a workout sounds like a recipe for disaster. I’m happy to report this was no Hindenburg. After all, peppermint is known for easing digestive issues and cannabis, well, we all know what it is good for.

“With candles lit and the radio coming to life, I finally settled into a deep relaxation that proved to be this high’s strongest trait.”

This was not a lazy, get lost in your couch sort of high, but a joyful, multi-tasking sort of buzz, full of moments of genuine happiness and curiosity. After I had my fill of YouTube and pushups, I moved on to do something I had not done in at least two decades: complete a puzzle. It was a National Park puzzle that had been collecting dust in the corner of the closet for some time, and both the wife and I thought it would be a fun idea to try to complete it. When I scolded her for not working on the perimeter of the puzzle first, she realized it would not be as fun as we had originally planned. I told her to be thankful we were not playing Scattergories, because that is when my dark side really comes out. She then told me to shut up and eat a few more mints, and as a diligent husband, I listened.

Our puzzle project was cut short when the kindly Amazon delivery driver dropped a package on our patio. It was the candles my wife ordered, along with my solar-powered hand-crank radio, in case we were forced to flee into the hinterlands. With candles lit and the radio coming to life, I finally settled into a deep relaxation that proved to be this high’s strongest trait.

From curiosity to calm, Satori’s edible mints covered a lot of ground for such tiny medicated candies. Given its subtle nature with virtually no anxiety or jitters to speak of, these would work great in many forums, from a chill jazz show or even as a means to remain level headed at work. For the time being, however, as we live our lives indoors, see what you can find in your attic or storage space that once gave you joy — dust it off and see if you can breathe some new life into it. I guarantee you that your breath will be, at a minimum, fresh A.F.