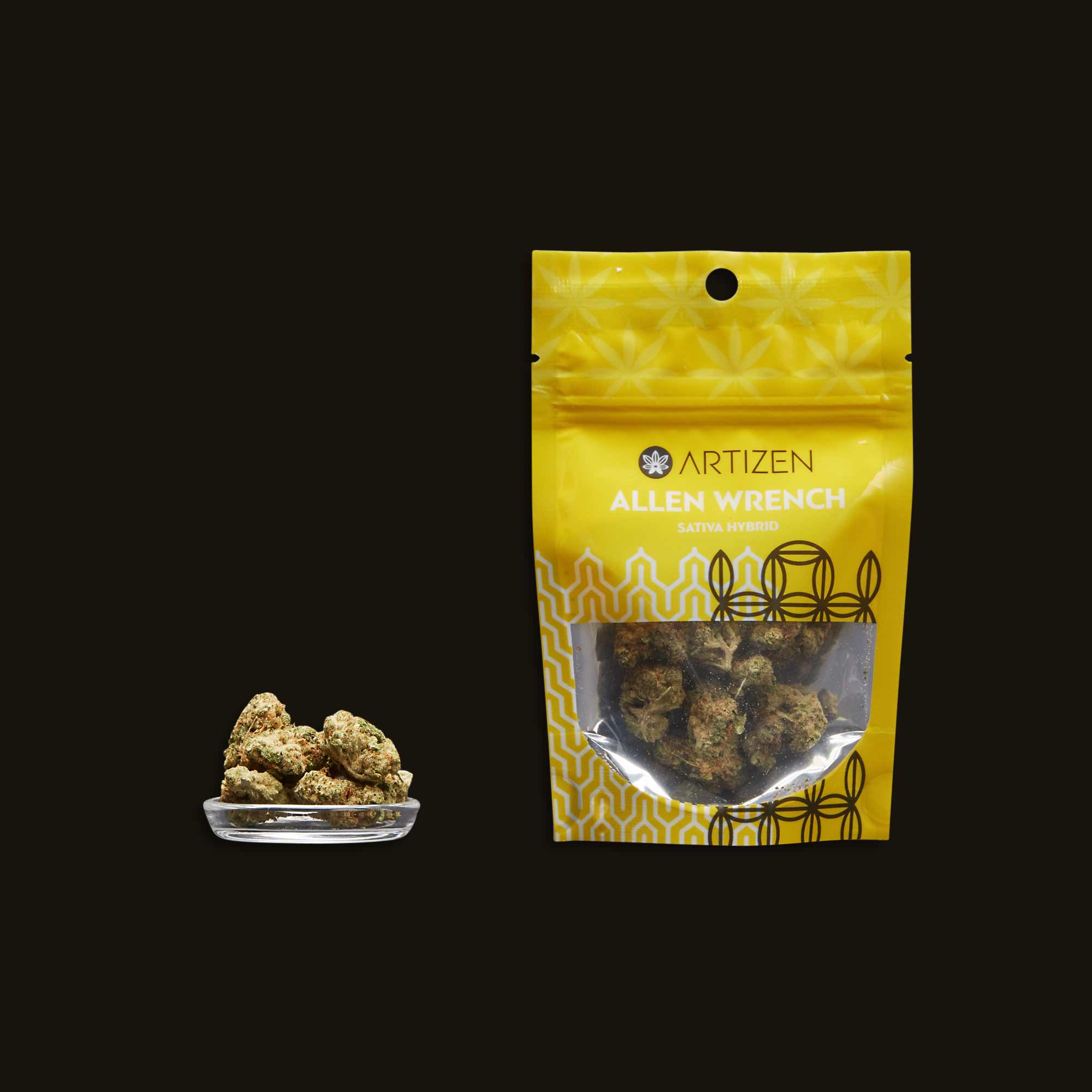 Artizen Cannabis' Allen Wrench flower is a social sativa with an earthy flavor of dry wood. The resulting high is often focused and energized without the side jitters, so you can utilize this bud before a night out or a study session. It's best to avoid the couch and take advantage of this active high.

Ranked 23 of 58 in Flower for feeling Focused. 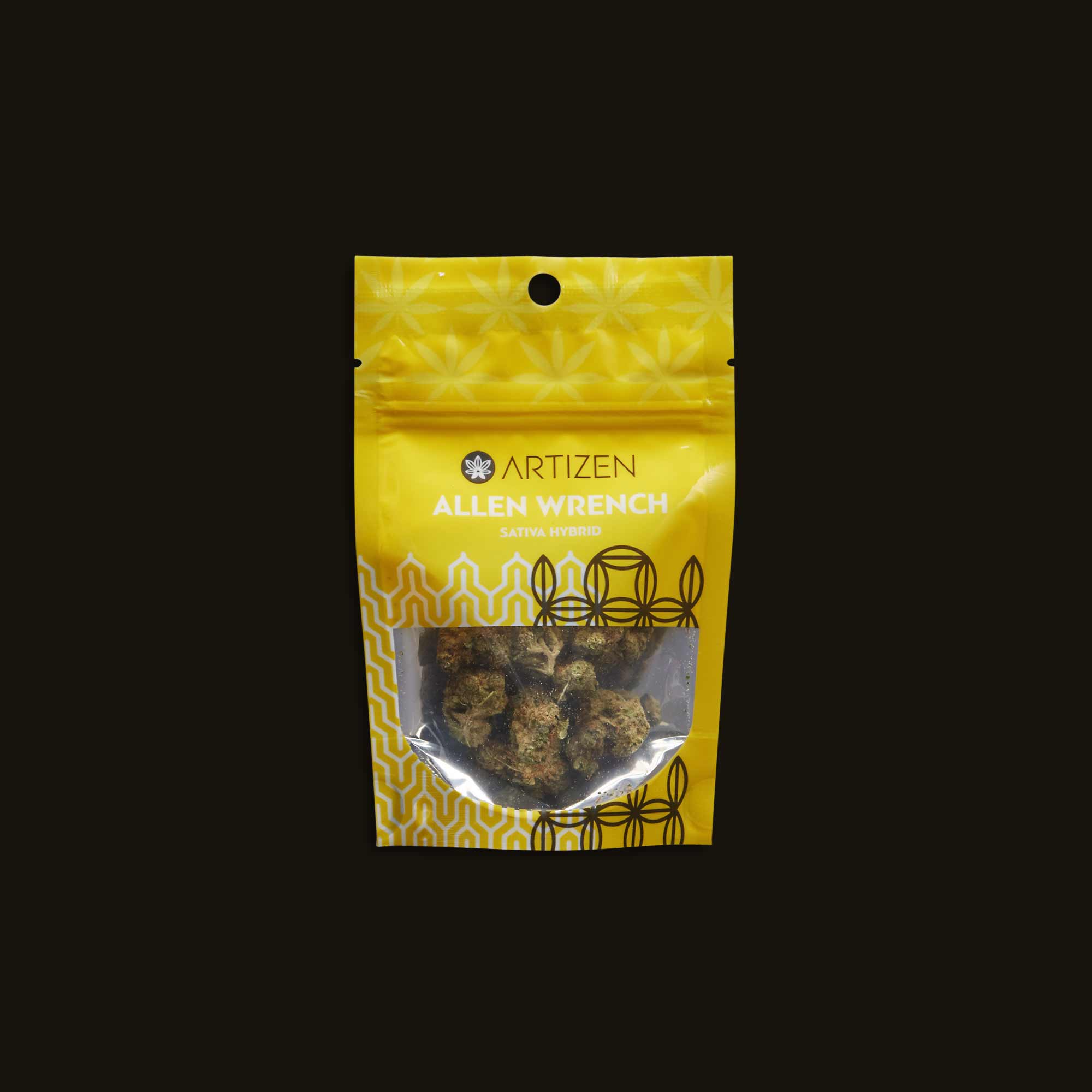 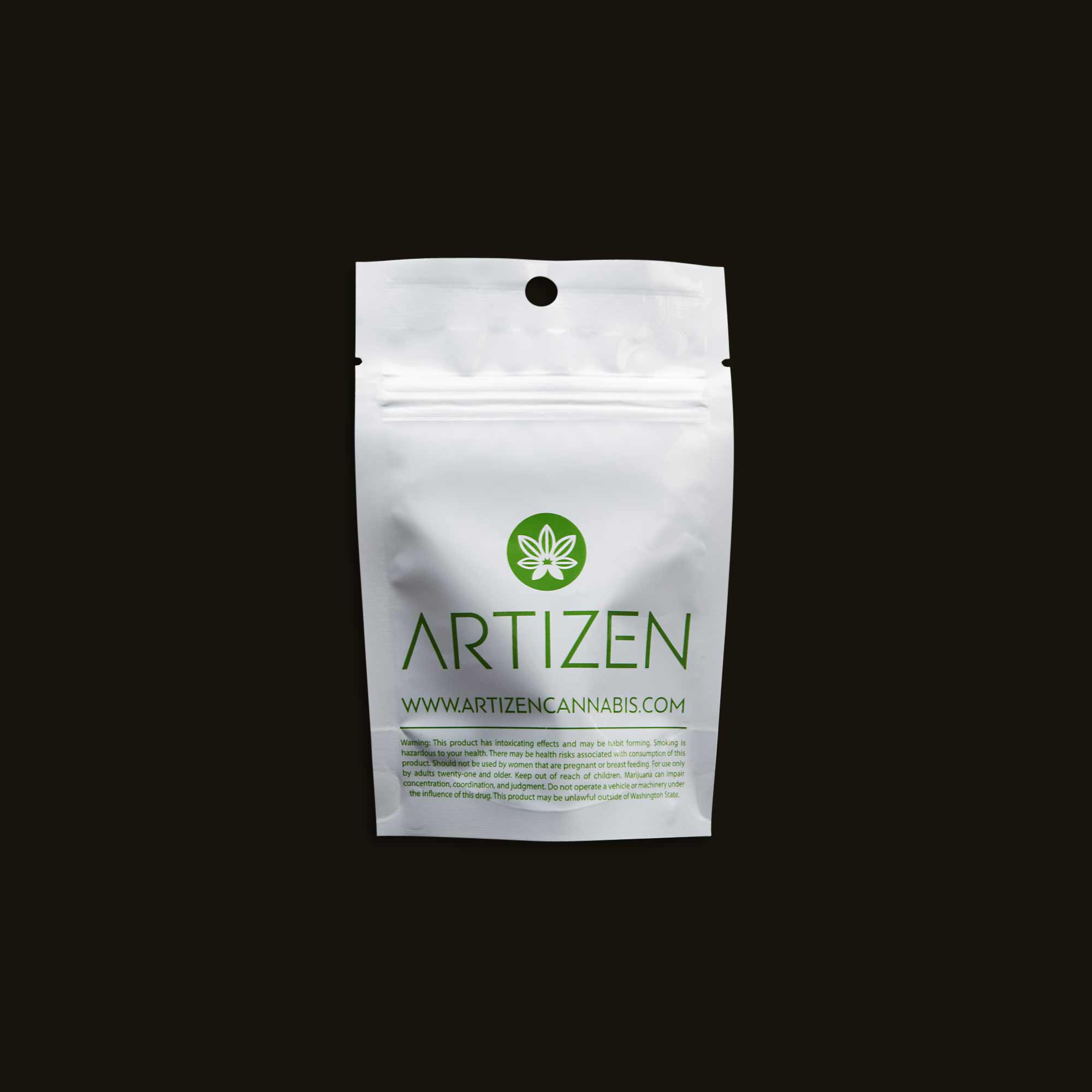 As our committee rates Allen Wrench, we capture their experience in real time through our ratings app and report everything back here.

Ranked 23 of 58 in Flower for feeling Focused.

The Diet Coke Of Flower

Sometimes a subdued kind of high that won't test the limits of our wallets is all we need.

Much like the gadget it’s named after, Allen Wrench may not be the hardest hitting tool in the box, but it’s as versatile as its namesake. Part of the original line-up at Artizen Cannabis, this sativa-dominant flower was launched in 2015 alongside their award-winning Blue Dream and Dutchberry. The strain is a cross between NYC Diesel and Trainwreck and manifests focus and creativity to those who come across it. Fun fact: Artizen Cannabis is the only brand carrying Allen Wrench in the state of Washington. Its genetics were brought over from California by one of the company’s owners, and Artizen is the only brand you will find in Washington state carrying the strain.

Allen Wrench’s bag appeal is not the strain’s best feature. The flower is dense and relatively frosty, but beware flower fanatics—the buds are small. The flower smells great, tastes okay, and smokes smoothly. The sativa part of this strain isn’t overwhelmingly sativa, meaning you won’t feel jittery or super anxious. The effects are a euphoric combination of relaxed body vibes and a creative head high. Sure, Artizen’s product line might be similar to other brands of their size. Phat Panda or Northwest Cannabis Solutions, for instance, will surely give you a similar flower quality, but Artizen’s pre-rolls are where they shine above the rest. All Artizen joints are full-flower cones that burn evenly and last long enough to pass around a smoke circle a few times.

If you’re looking to pass a joint around at a party, zero in on some creative work, or simply ride a mellow high into the weekend, this is probably the flower for you. Since its indica to sativa ratio lies practically in the middle (sativa just barely gaining the lead) the flower will satiate both consumer preferences. The first time I tested out Allen Wrench, I rolled a joint and smoked half of it. The high lasted about two hours, all of which I spent painting. I found myself wanting to get creative but was super focused at the same time. The second time I smoked this sativa-dominant hybrid, I spent the entire time responding to emails. I am not going to lie and tell you the emailing was something I zipped through at a record pace, but I did feel calm and intentional while responding to my colleagues. One of the best features of Allen Wrench is that there isn’t any grogginess after the high wears off, which sets it up as a perfect daytime strain.

“Artizen is kind of like the Chipotle of weed.”

Artizen is kind of like the Chipotle of weed; it’s consistent and worth a couple bucks more than your average Big Mac, but it won't blow your mind either. It’s not going to be the highest quality bud on the market, but it’s arguably the most consistent and packs the biggest bang for your buck. As one of the larger cannabis producers in the state, they are able to produce high-quality flower at a lower cost. Budtenders often recommend their products alongside brands like Phat Panda, Western Cultured, and Northwest Cannabis Solutions for that very reason. All of these companies have a similar flower for the same price point, and the quality will vary only slightly each harvest.

The zippiness of sativas can sometimes conjure up feelings of anxiety, but with this flower, there weren’t any noticeable side effects. There is a unique, peppery taste with this flower which is a bit spicy and lemony. Also, being the third largest cannabis producer in the state, you can pretty much always find Allen Wrench on the shelves and it will more than likely always be the same quality. Consistency isn’t the sexiest descriptor for a product, but when you’re looking to put your trust in a brand, it’s nice to know you’re going to get the same thing every time. In fact, Artizen Cannabis can be found in a lot of other brand’s packaging as well. If you look closely at the sticker on the bag or pre-roll, it will tell you exactly which farm the flower comes from. It’s common for smaller producers to purchase cannabis from larger growers if they have a short crop or simply want to expand their offerings, which is why it’s useful to keep track if you stumble on a strain you’re really fond of.

Overall, I’d say Allen Wrench is a strong, workhorse kind of product. I would recommend their Dutchberry before Allen Wrench, strictly for the taste factor. Dutchberry also won the DOPE Cup’s “People’s Choice Award” in 2016, which is the only award to be voted on directly by consumers and not DOPE Magazine staff. Artizen’s Blue Dream flower, another sativa-dominant strain, won Leafly’s “Best Blue Dream in Washington State” in 2017 and has a similar high. So if Allen Wrench doesn’t turn out to be the strain for you, feel good knowing there are several other options from an otherwise reliable brand.