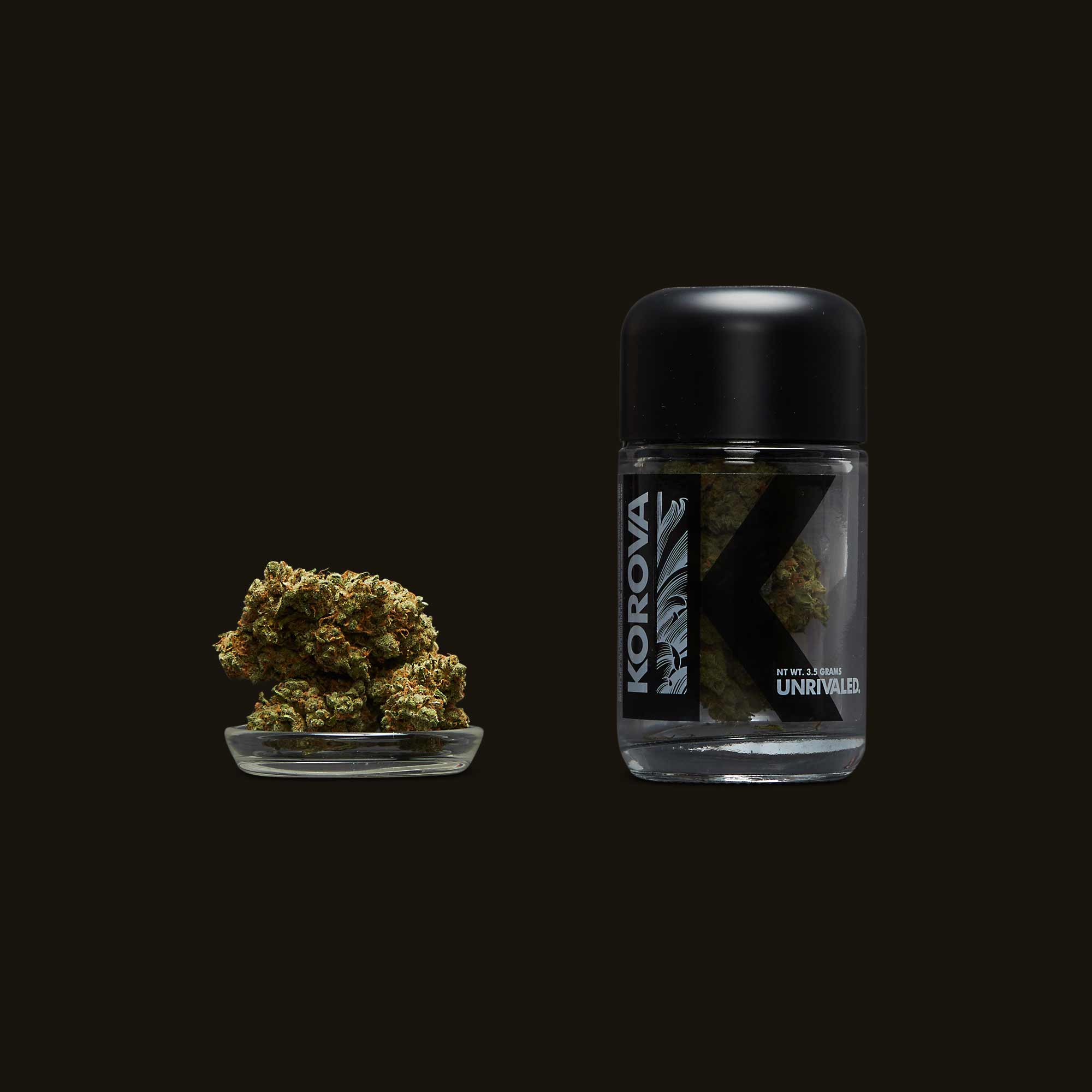 Korova's Jack Herer flower is an earthy sativa that can dry out your eyes and mouth. The smoke is pretty easy in flavor and texture (though the aftertaste could do better). The resulting high is often clearheaded and buzzy, typically de-stressing as it grows heavier. This is a versatile flower; it could be good for a concert or a hot bath.

Ranked 63 of 239 in Flower for feeling Euphoric. 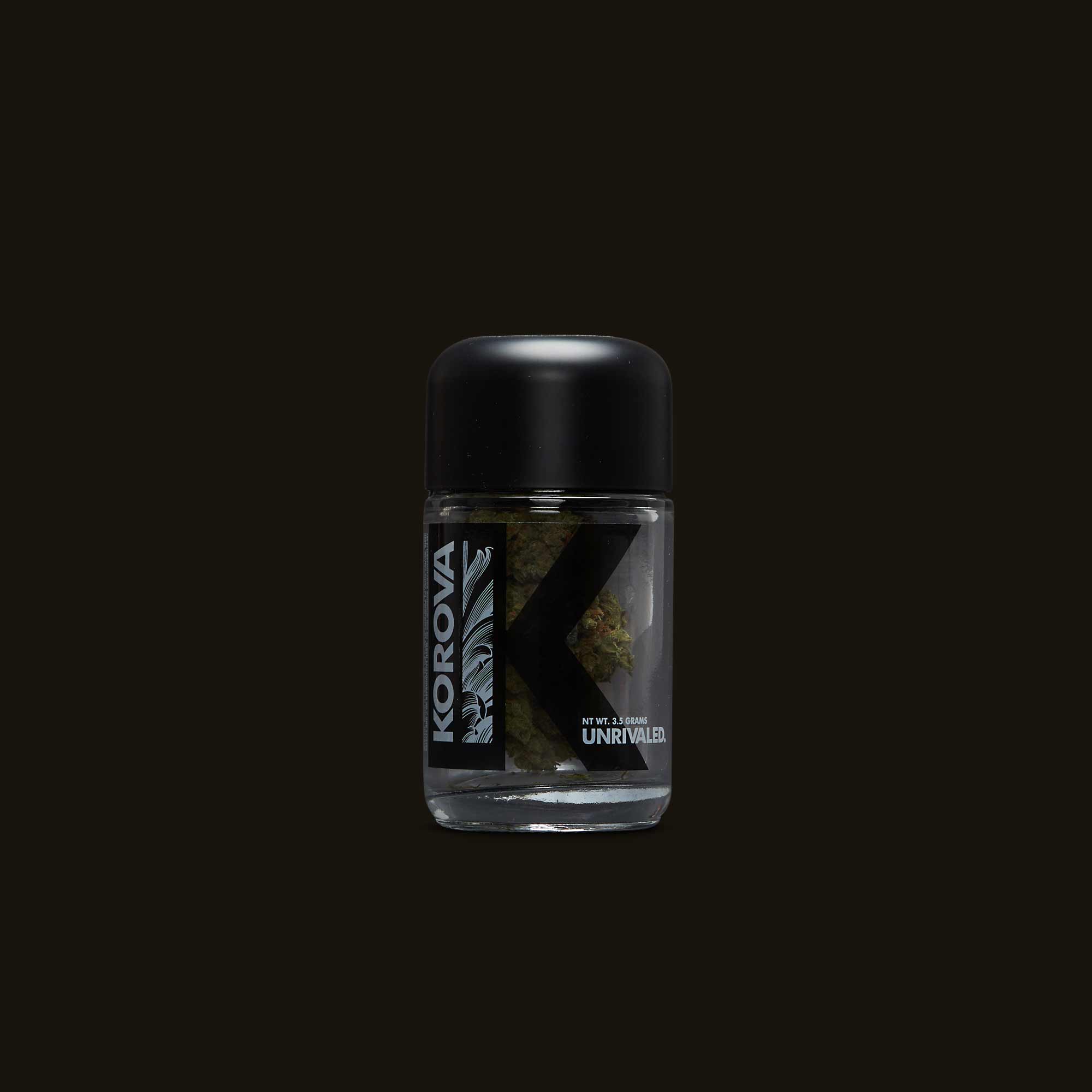 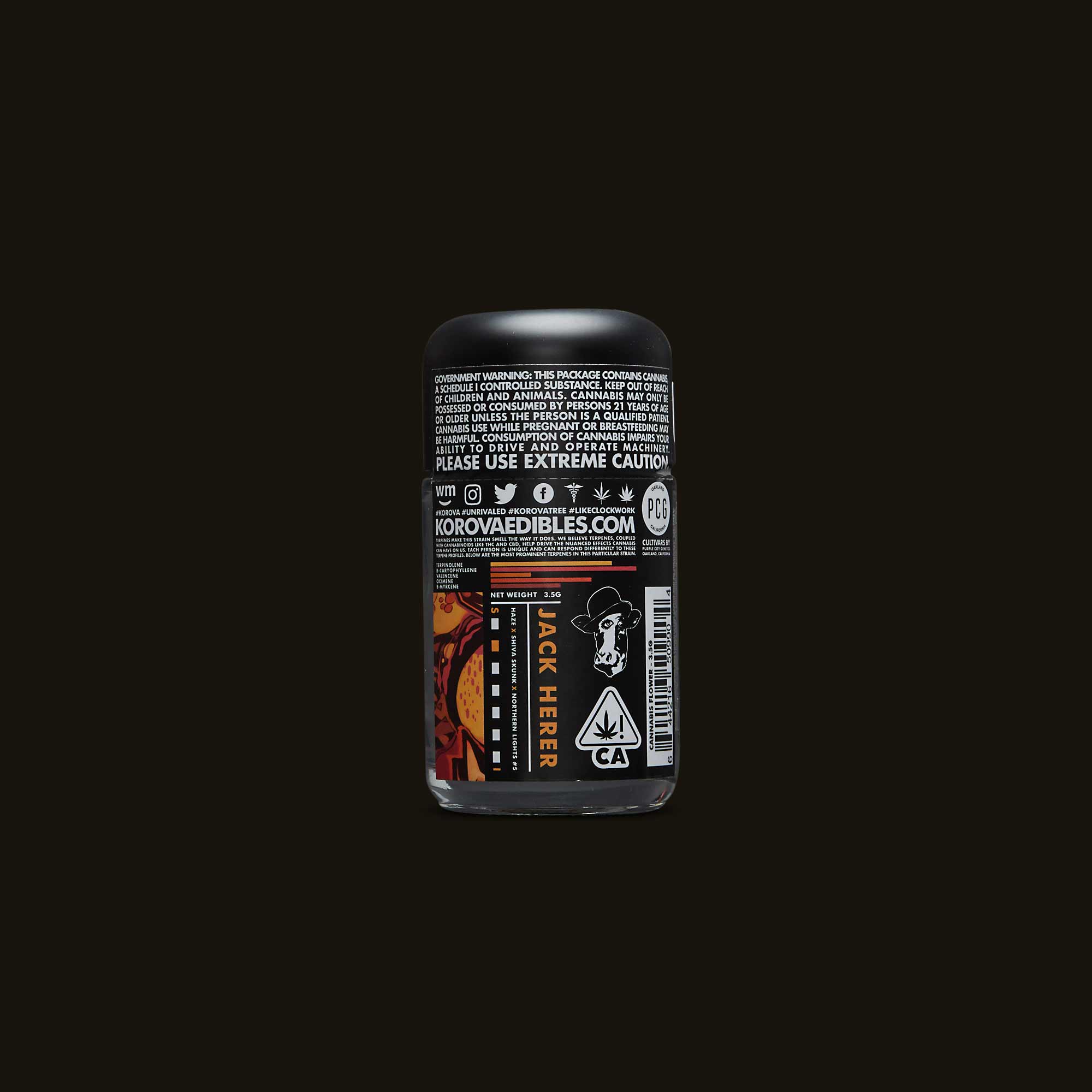 As our committee rates Jack Herer, we capture their experience in real time through our ratings app and report everything back here.

Ranked 63 of 239 in Flower for feeling Euphoric.

I’m Dreaming Of A Green Christmas

Heading into a shopping frenzy on Christmas Eve should've filled me with fear. But I had Jack Herer on my side.

It’s Christmas Eve in Los Angeles, the stores are full of last-minute shoppers, carols are ringing, and I’m a crazy Jewish lady who forgot to get presents for everyone because I don’t keep up with that crazy Christian calendar. Or whatever.

“I knew I would need a power-up to help me get through the chaos.”

I was downtown in Little Tokyo when I realized I had three hours to buy presents for six people and then make it to dim sum in Chinatown. For someone who normally shops like a drunk tourist wandering through LACMA, getting this done on time during of the most distracting days of the year meant having an almost inhuman, laser-like focus. The reindeer games had truly begun, and it was my challenge to make it through a maze of adorable downtown shopping districts in time to beat the Christmas clock. I knew I would need a power-up to help me get through the chaos, so I turned to Korova’s Jack Herer flower, a sativa strain most noted for its focus, uplift, and energizing effects.

There aren’t a lot of snow-covered trees in a Los Angeles Christmas, but Korova’s Jack Herer comes damn close with all of the snowy white trichomes on its little green buds. The smell also brought a sweet, citrusy punch, both light and refreshing with a subtle hint of wintry pine. The smoke was light as well and helped me gather my strength to make it into the shopping fray. After a few puffs, I felt energized and ready to take on the cornucopia of bright, kawaii toys and goodies in the Little Tokyo shop windows.

Somewhat miraculously, Jack helped me stay focused on the task at hand all through the commotion. I was constantly scanning the piles of knick knacks and toys for gifts my friends would actually like instead of getting drawn in for my own amusement—shocking, I know. While many strains would have me either full of crowd anxiety (oh my god, there’s too many people in here) or lost in a funny haze (who wouldn’t like a plush sushi hat?), this one kept me on my mission and my head clear for quick decision making (my friend Stephanie wouldn’t like that, that’s who). My mind was firing on all cylinders, scanning a counter covered in glittering baubles and zeroing in on just the right pair of tiny, understated palm tree earrings that Stephanie actually would actually wear.

Navigating Christmas Eve shopping crowds is a completely overwhelming experience, but Jack helped me get through it like a good little elf. The 17% THC was just enough to keep me uplifted without being overwhelmingly high. I hit one store but it was too crowded, so I swiftly moved onto the next one. I spied chopsticks that had cats on them that look just like my friend’s boyfriend’s cat. I bought them up and got the eff out and onto the next spot like Santa making his rounds.

While wandering through the cute, lantern-covered streets of Japanese Village Plaza, I stopped briefly to listen to the best rendition of “Rudolph the Red-Nosed Reindeer” I've ever heard in which Rudolph takes Santa to Little Tokyo. Jack was still letting me experience some delightful Christmas cheer, just without being stoned enough to zone out for a half an hour reading every single wish on the wishing tree outside of Bloomin Art Gallery. Jack let me have just a whiff of whimsy before grabbing me by the brain and getting me back on task.

“Jack had kept me go-go-going and ho-ho-hoing through the fast-paced bedlam.”

I bounced my way up to Olvera Street, a cut, historic open-air Mexican market with a few museums thrown in. Its small, pueblo-style buildings were dressed in beautiful lights and lanterns, the shops glowed with bright colored pashminas, candles, and everything you could ever imagine with a sugar skull on it. Jack helped keep me focused, reminding me that no, my friend doesn’t need a Hello Kitty Lucha Libre mask, but she could use that little Dia de los Muertos purse to keep her weed in.

I decided I deserved a margarita while I filled out my Christmas cards, so I ducked into one of the restaurants for happy hour. In no time, I realized I was actually done. Jack had helped me successfully procure gifts and trinkets and cards for everyone on my list—with time to spare. I used my extra time to stop by a local dispensary on the way to dinner to get a more relaxing strain for the evening. Jack had kept me go-go-going and ho-ho-hoing through the fast-paced bedlam of last-minute shopping without any mental haze or munchies, but now it was time to settle in and eat ten plates of candied shrimp. White Christmases are nice and all, but I live in Los Angeles, and I’m dreaming of a green one.