Loudpack's Dream Queen flower is an herbal sativa that typically busts out a focused and cerebral high. The high often toes the intoxication line with a nice, mellow buzz that lends itself well to laid-back nights at home.

Ranked 85 of 481 in Flowers for feeling Euphoric. 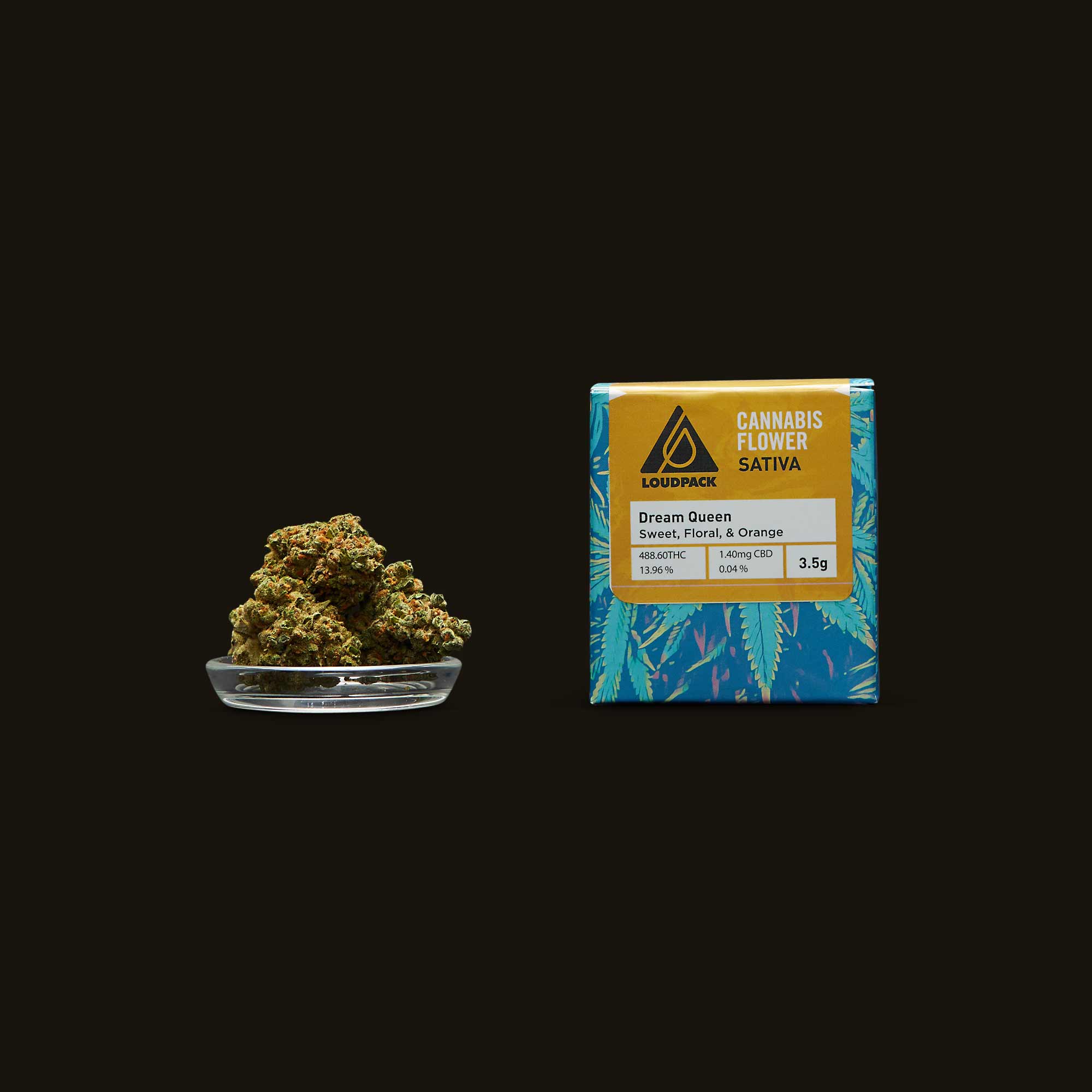 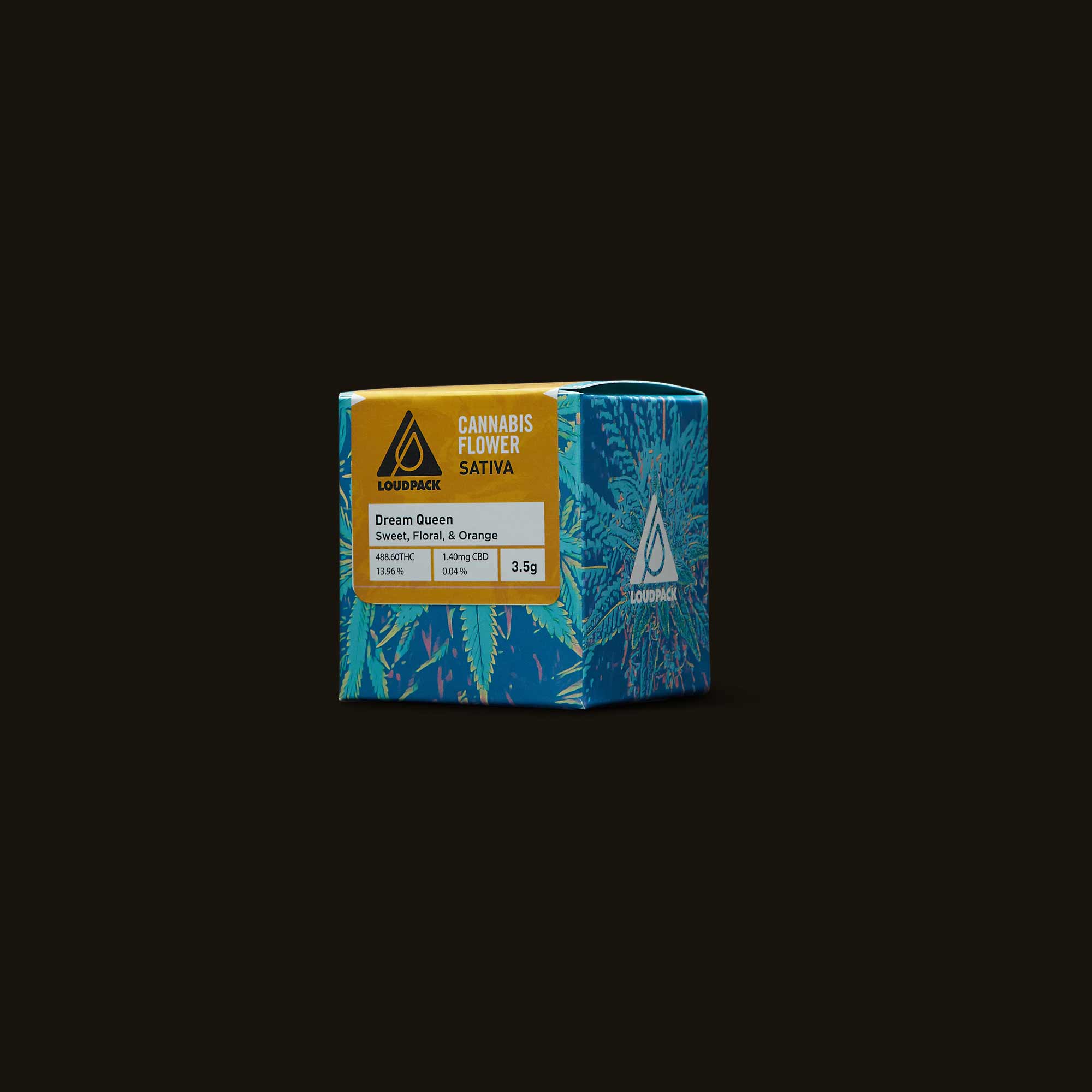 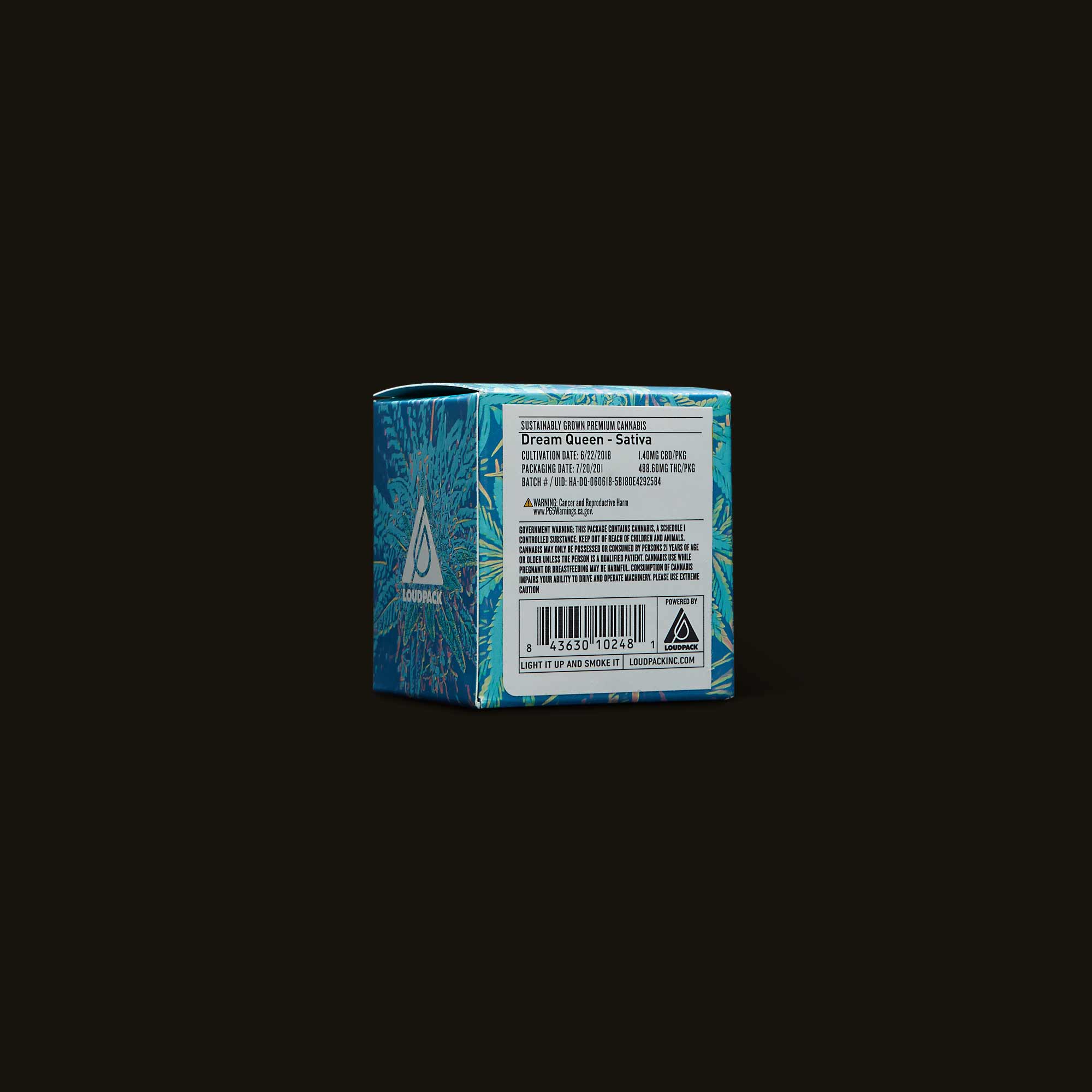 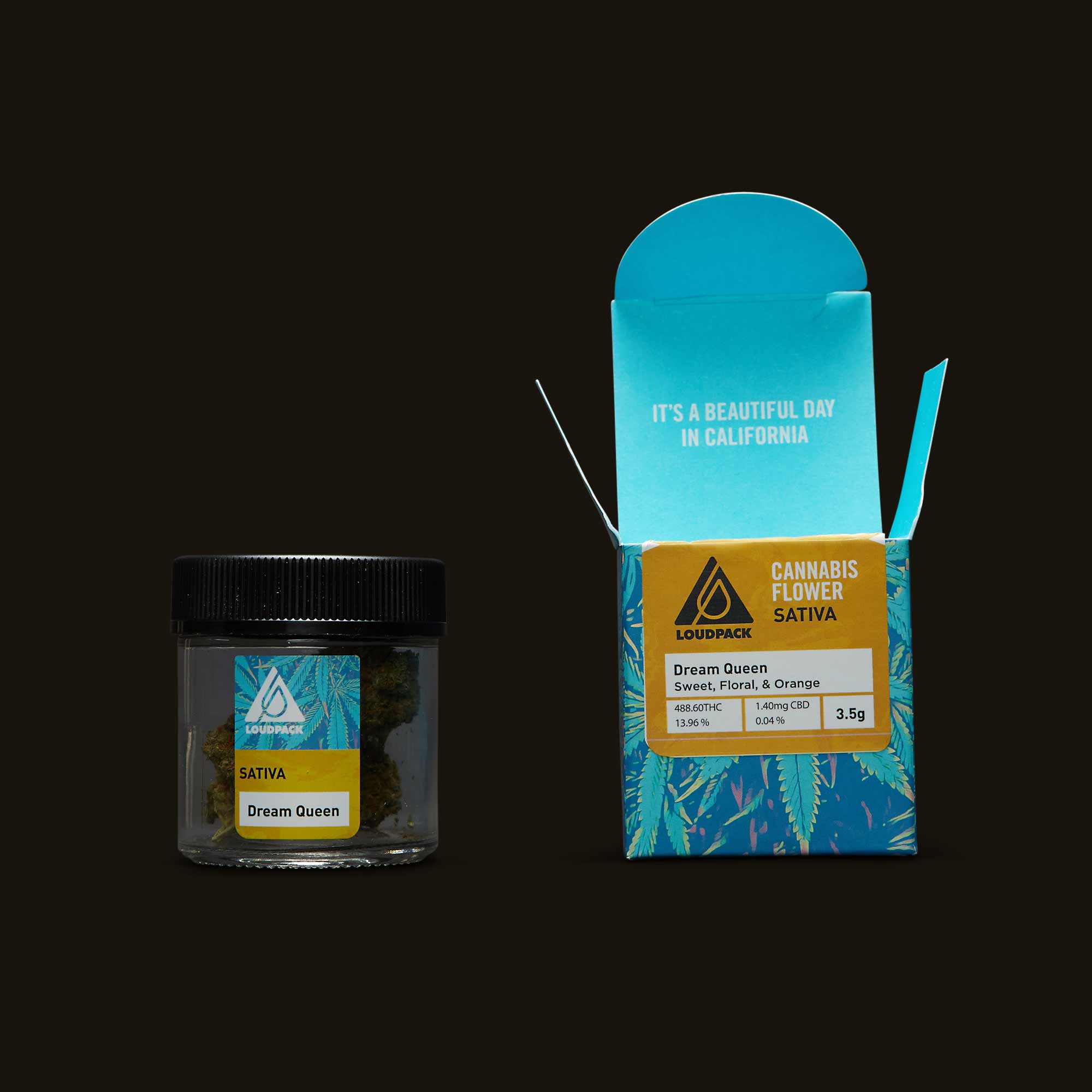 As our committee rates Dream Queen, we capture their experience in real time through our ratings app and report everything back here.

Ranked 85 of 481 in Flowers for feeling Euphoric.

This Flower Is The Dankest Of The Dank

But you don't have to be a cannabis connoisseur to know this flower is fire.

When I first started using cannabis, the weed scene was nothing like it is today. It’s amazing how much can change in ten years. For starters, recreational adult use was an illegal pipe dream in all fifty states. This prohibition was limiting in many ways, including what I could get my hands on. For most smoking circles, access to any concentrate or extract product beyond hash was as rare then as dabbing is ubiquitous today. I’ve certainly learned a lot about weed in that time, too. According to the midwestern, teenage version of me, there were only two types of weed: mersh and dank.

The subpar weed we liked to call “mersh” (you may know it as “mids” or “reggie”) was loaded with seeds and stems and sold mostly in twenty-dollar eighths. This was your dad’s weed, the everyman's weed, the devil's lettuce that tasted so bad you rolled it into grape-flavored Swisher blunts just to mask the (lack of) flavor. It got the job done, but just barely so. But getting high on this schwag was more like feeling lethargic, sluggish, hungry, and tired, as opposed to the uplifting mood boosts I would associate with much of today’s herb.

Then there was “dank,” a mystery strain that more often than not wasn’t what your dealer said it was. It was a stand-in slang term for basically any strain of the really good stuff. And even if your Blue Dream was actually Green Crack or something else entirely, it was still much better than mersh. This kind of bud didn’t contain seeds or stems, so it usually went for around sixty bucks per eighth. You can see how “dank” (a Swedish word that means moist, sticky, wet, and/or humid) was commandeered by the weed-inclined crowd to become a blanket adjective used to describe any and all high-end cannabis.

“This flower is so aromatic it awakens my senses.”

Fast forward to the here and now, and I can confidently say LoudPack’s Dream Queen is among the dankest of the dank. The progeny of Blue Dream and Space Queen, Dream Queen is a sativa-dominant strain that carries a crisp and terpene-packed aroma rich with hints of citrus, and sharp diesel notes. This flower is so aromatic it awakens my senses. I open the jar and I want to climb inside; it’s as if I just walked into an Amsterdam coffee shop. It breaks down nicely too; using just scissors and a shot glass, I readied the weed to pack a bowl. Aesthetically speaking, these Dream Queen nugs are alive with a vibrant green I’ve only ever seen before on the leaves of trees. The trichomes are healthy as can be and coated in a sticky resin. When I see flower like this, I get genuinely stoked, as I know I’m in for a real treat.

The last time I took a generous inhale, pulling Dream Queen smoke into my lungs via a freshly cleaned and freezer-chilled glass bong, I exhaled and found myself chilling on a cloud of dreamy euphoria. Dense smoke filled the room and I could feel the good vibes stick around even as it dissipated out. Regarding the effects specifically, the Dream Queen high was pleasant and lasted the better part of a Saturday morning and into the afternoon. In between bowls and puffs, I watched nearly an entire season of Bojack Horseman, an original Netflix series that takes place in a skewed, animated version of Hollywood, which felt more realistic the more I smoked. After a few blissful hours of Bojack, I rode out the rest of the spacey, dreamy vibes with a cigarette. It’s an easy weed to love.

Good cannabis should deliver a high that keeps you behind the steering wheel—or at least riding shotgun. What I mean to say is, the right high won’t have me losing control. Strains such as this Dream Queen seem to give me the sovereignty to dial into different states of mind and will allow me to feel elevated over intoxicated. I’d rather smoke to enhance a social situation, rather than get high in order to escape it.

“Just a few hits of this flower had everyone feeling just the right level of elevated.”

Perhaps my appreciation for Loudpack’s Dream Queen wouldn’t be as meaningful if I weren’t brought up on mersh? Maybe I only identify as a cannabis connoisseur now because at one point I was a total weed noob. I know what truly good weed looks like and how it smokes, but I also know bad weed at first sight. I would gladly pay $60 for an eighth of this Dream Queen, though I think its actual sticker price is in the $35 range, which is a sign of the times. These days, I’m spoiled by the myriad of innovative cannabis products currently (and legally) inundating the California weed world because I’m familiar with the lackluster alternative. I can be so bougie about my weed because I’ve paid my dues—or maybe I’ve just earned my right to know what’s what.

A couple days go by and it’s time for another bong rip of the Dream Queen. This time, I smoke it with friends before going to a house party. Nothing against alcohol, but even on weekends I tend to choose weed over booze most of the time. Just a few hits of this flower had everyone feeling just the right level of elevated and comfortably on the edge of intoxicated. In my mind, that’s right where we ought to be.

Be the first to review Dream Queen from Loudpack and help others find their high.