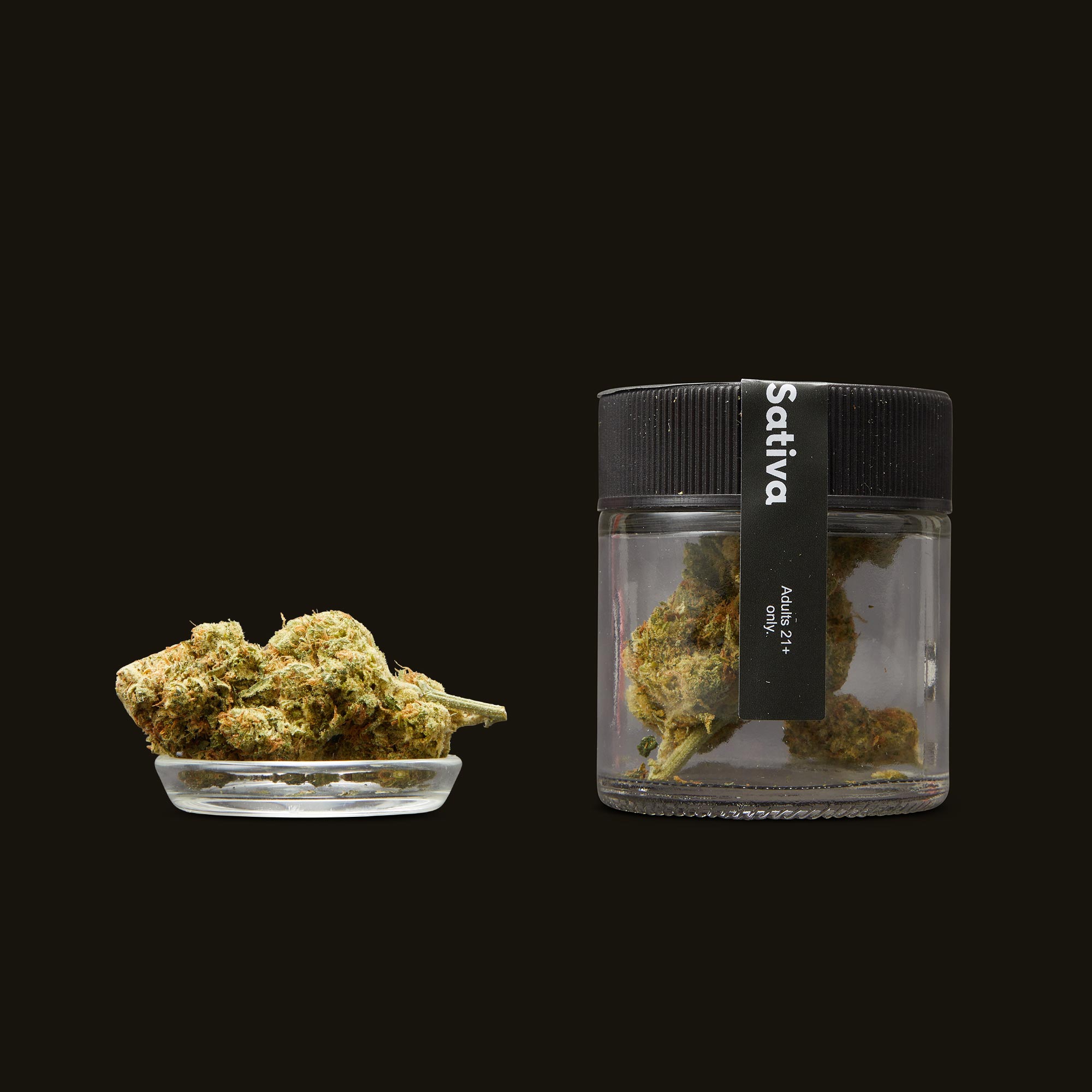 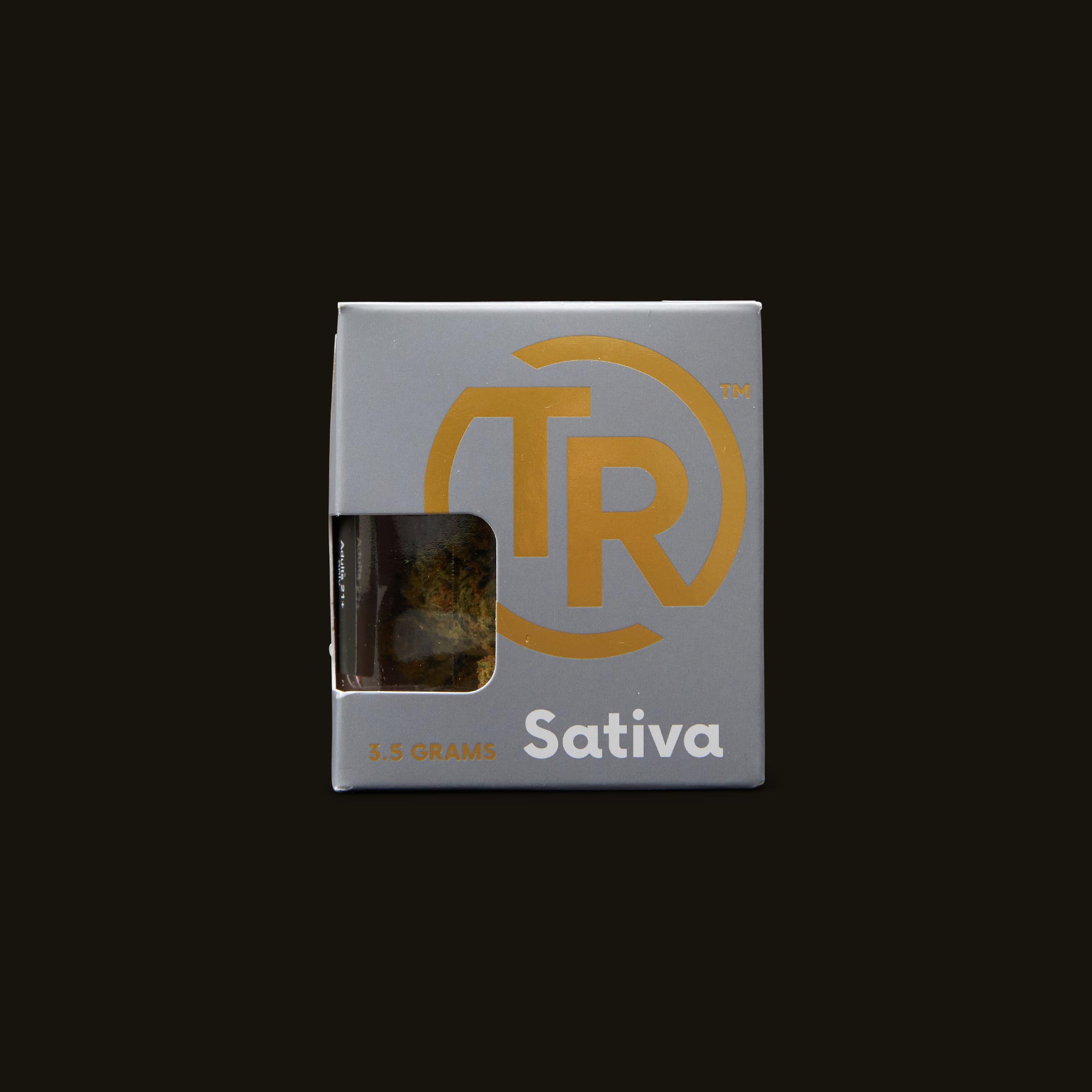 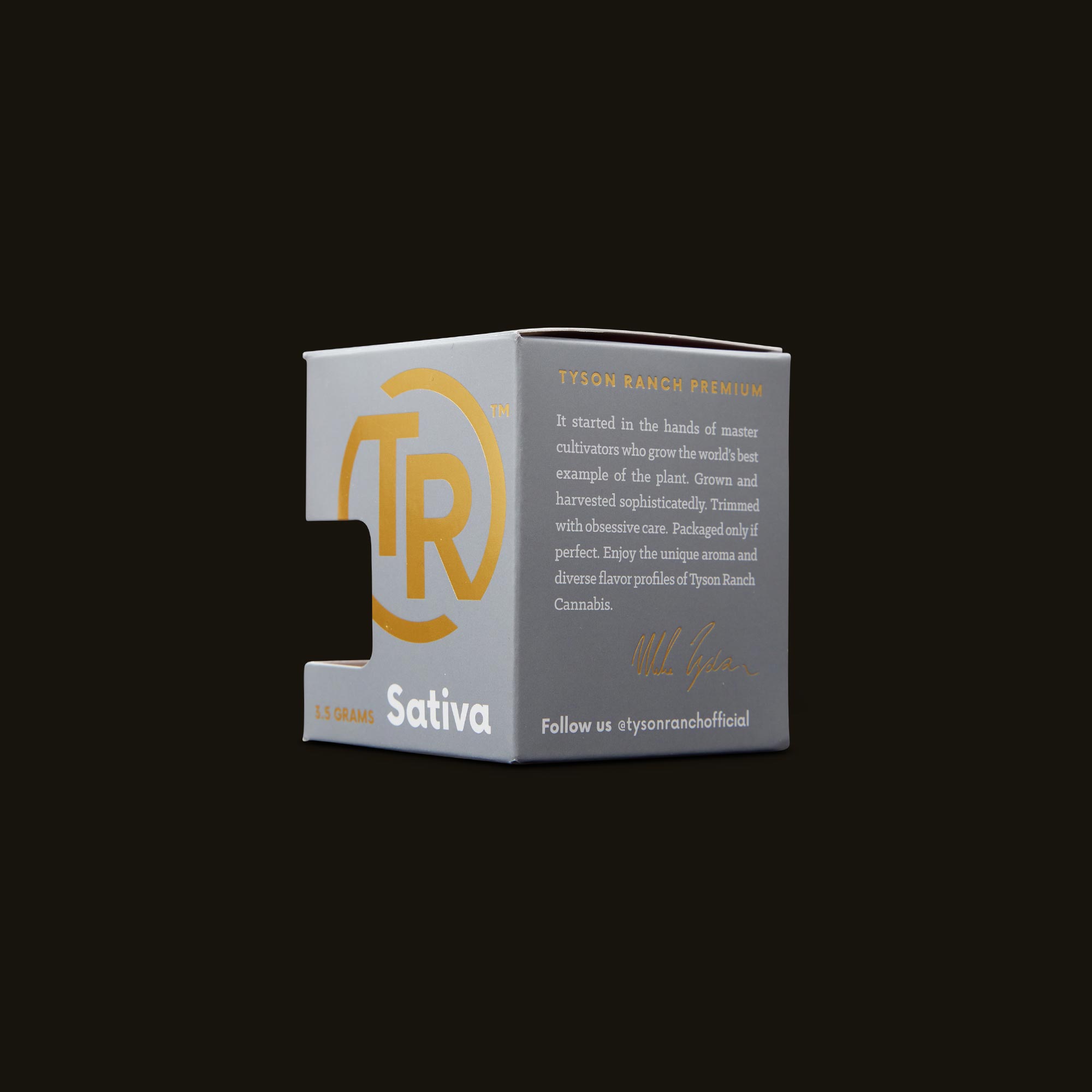 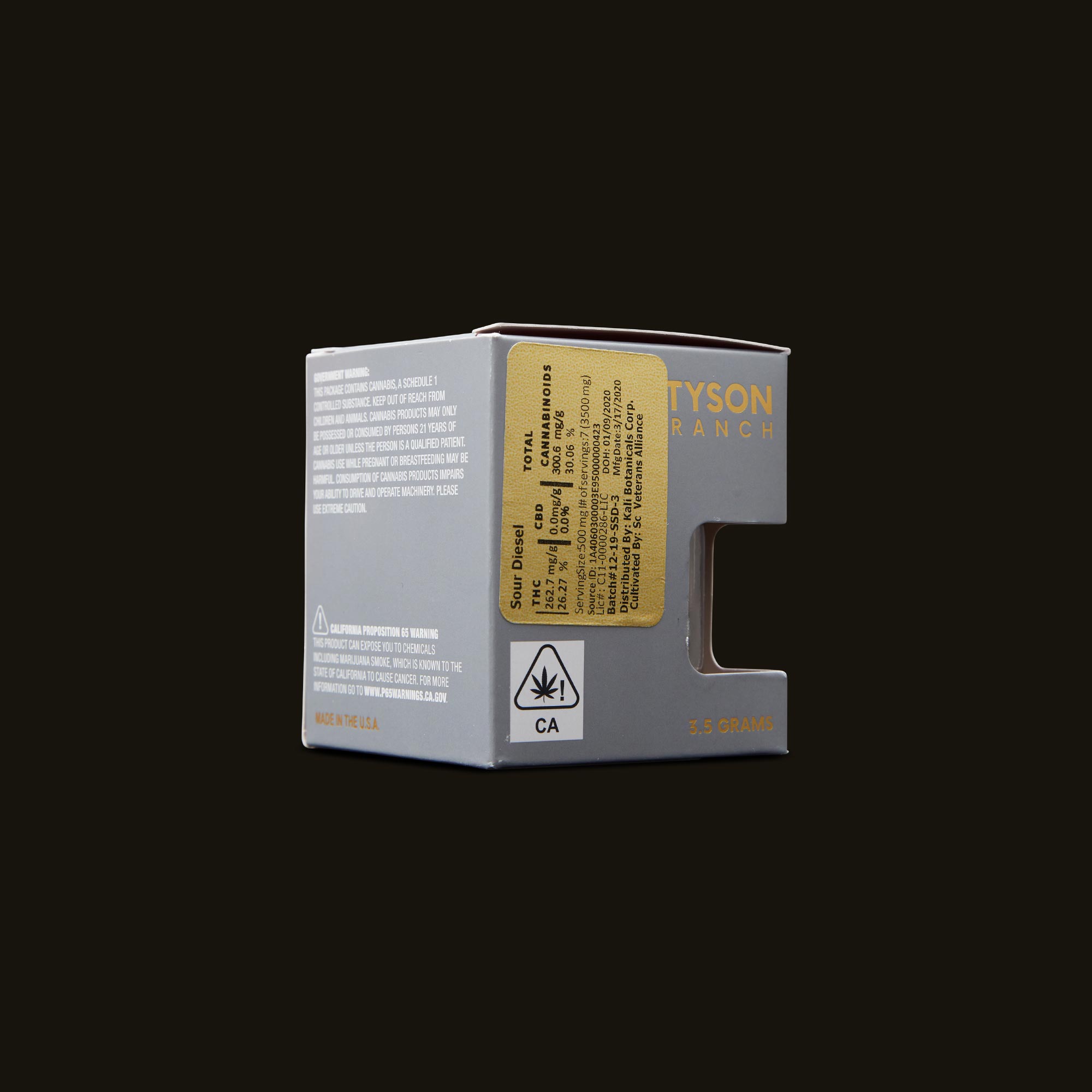 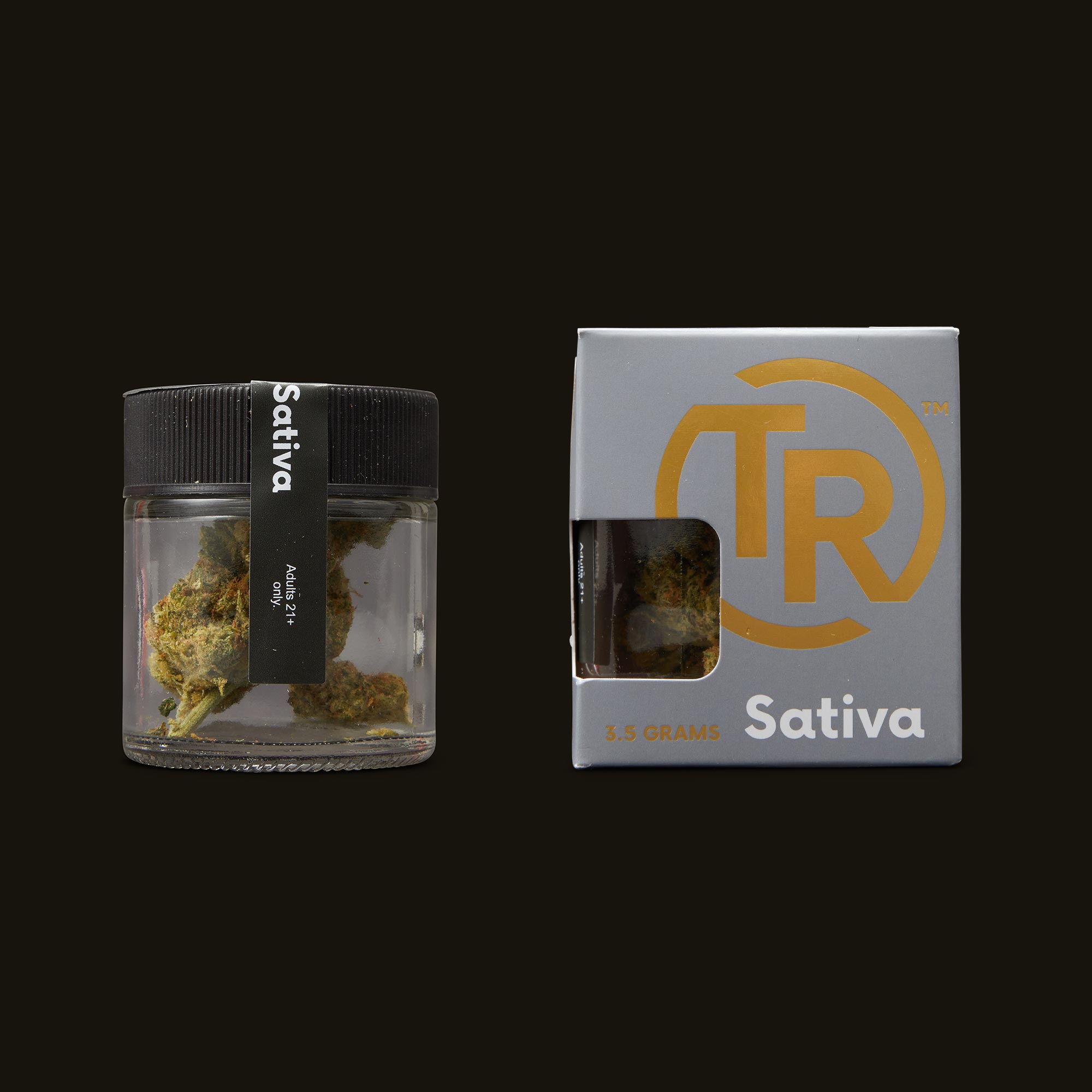 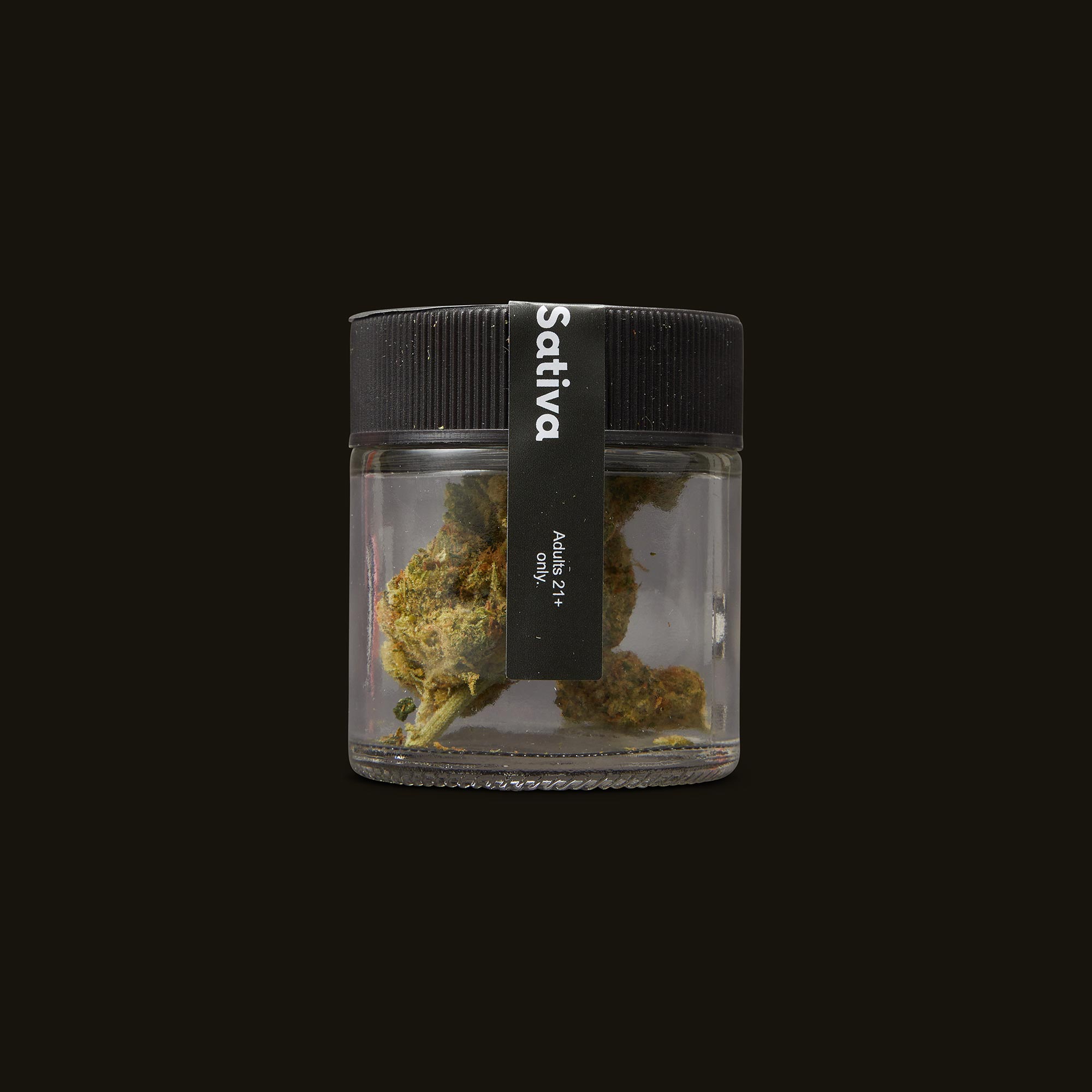 As our committee rates Sour Diesel, we capture their experience in real time through our ratings app and report everything back here.

The heavyweight champion came through with this happy, heavy-hitting sativa.

IN REVIEW: Mike Tyson’s white-label brand aims to bring reliable and straightforward products to California cannabis consumers. This Sour Diesel offers true-to-form effects and a flavor that’s a bit fruitier than normal, but only in the best of ways. Expect any bad vibes to be quickly shown the door as an instant and uplifting mood boost will help you right the ship and turn your mood around, or make a great day that much better. The high THC could lead to some racy effects, so those new to smoking should start slow.

Cultural lightning rod and heavyweight champion, Mike Tyson, has come a long way from his wild past. Since retiring his boxing gloves, and with them the kind of behavior that ends in missing ears and tribal face tattoos, he’s turned his energy towards a much chiller passion: weed.

In 2016, Tyson launched Tyson Holistic Holdings, a parent brand that sells weed merch, Tyson Ranch branded cannabis products, and as recently as last year, was on track to open a 420 acre marijuana playground in the California Desert under the Tyson Ranch name.

While plans include a luxury hotel, glamping tents, weed attractions, a lazy river that will supposedly take a full hour to cross, and an amphitheater for music festivals, there has been no info given about how Covid will affect these plans. Another, sort of bizarre twist to the story, Tyson Ranch doesn’t grow their own flower, and has no plans to ever grow weed on its premises.

“Within seconds I felt the icky anxiety of a shitty day evaporate, leaving me feeling euphoric, energized, relaxed and focused. ”

While I love Mike Tyson, the fact that his company only rebrands preexisting flower is a little disappointing. However, the Tyson Ranch Sour Diesel I recently tried for this review, and have been using to help everything from my feelings of depression to lack of motivation, was not disappointing at all. Like Tyson Ranch, this Sour Diesel isn’t exactly what you’d expect, but it’s still pretty great.

The first time I tried Tyson Ranch’s Sour Diesel strain, I was on a vacation that wasn’t going that well. My husband and I had spent most of the day driving up the breathtaking coastline of Big Sur’s Highway 1 arguing. It was the first sober day after a three day bender. We had partied a little too hard and both regretted it. Things were tense, on edge, to say the least. Like all petty, reluctant and hungover people, we decided to direct that anxiety needlessly at one another. It sucked.

After a particularly stupid, cyclical argument about literally nothing, we pulled over to look at some sea lions. Desperate for relief from him, myself, and the dark cloud that formed over our Hybrid, I reached for the anonymous sample bag of weed I was supposed to review that weekend.

Upon popping open the little black bag, the first thing that struck me was the smell. Sour, fruity, and strong notes of diesel permeated the car. This smells like a super fruity Sour Diesel, I thought to myself. I poured out the nugs into my hand, and held one in the light. It sparkled, bright, crunchy and green, covered in little orange hairs.

I loaded some into a tiny travel bong and took a big hit. It’s exhale was more fruity than diesel, though the diesel was still pretty strong. Citrus made an appearance as well. While the flavor wasn’t exactly what I was expecting given how SD its appearance and smell were, the high took me right where I wanted to go. Within seconds I felt the icky anxiety of a shitty day evaporate, leaving me feeling euphoric, energized, relaxed and focused.

This electric, buzzy, and euphoric high told me immediately that my assertions were correct. Tyson Farm’s Sour Diesel comes in at 26.27% THC, and while I’m not sure what farm grew this particular cultivar, its lineage is listed as a cross between Chemdawg, Northern Lights, and Skunk.

Feeling suddenly amazing, introspective, and like the old mean me of earlier that day was a million miles in the past, I found my husband and apologized for being such a bitch. He accepted, and we resolved to salvage the day by getting some shrimp, finding a cliff, and using our $15 portable Walmart grill to make a dope ass dinner.

“It was as if an off button existed to stop my mental anguish, and now all I wanted to do was push it. ”

The coastline looked more beautiful than ever before now that I was free from the depression and anxiety I so often struggle with. It was a super fun, classic stoner high. I had the munchies. I felt euphoric, happy and in a word, great. To go from fighting in a car to laughing in a grocery store in under an hour was welcomed. It was as if an off button existed to stop my mental anguish, and now all I wanted to do was push it.

We found a sea cliff just before sunset, set up a blanket and lit the grill. In the very moment the sun was setting over the ocean, a full moon rose over the impossibly dramatic mountain horizon. It was a serene and heavy moment that took me by surprise. I take pride in my omnipresent moon knowledge. It’s rare that a full moon rises without me knowing. Maybe that’s where all the crazy energy came from, I thought.

But it didn’t matter where the bad energy came from, all that mattered now was that it was gone. In its place, a serene evening with the person I love most in the world, and a flower that clears the negativity so you can finally bask in the moonlight.

Be the first to review Sour Diesel from Tyson Ranch and help others find their high.