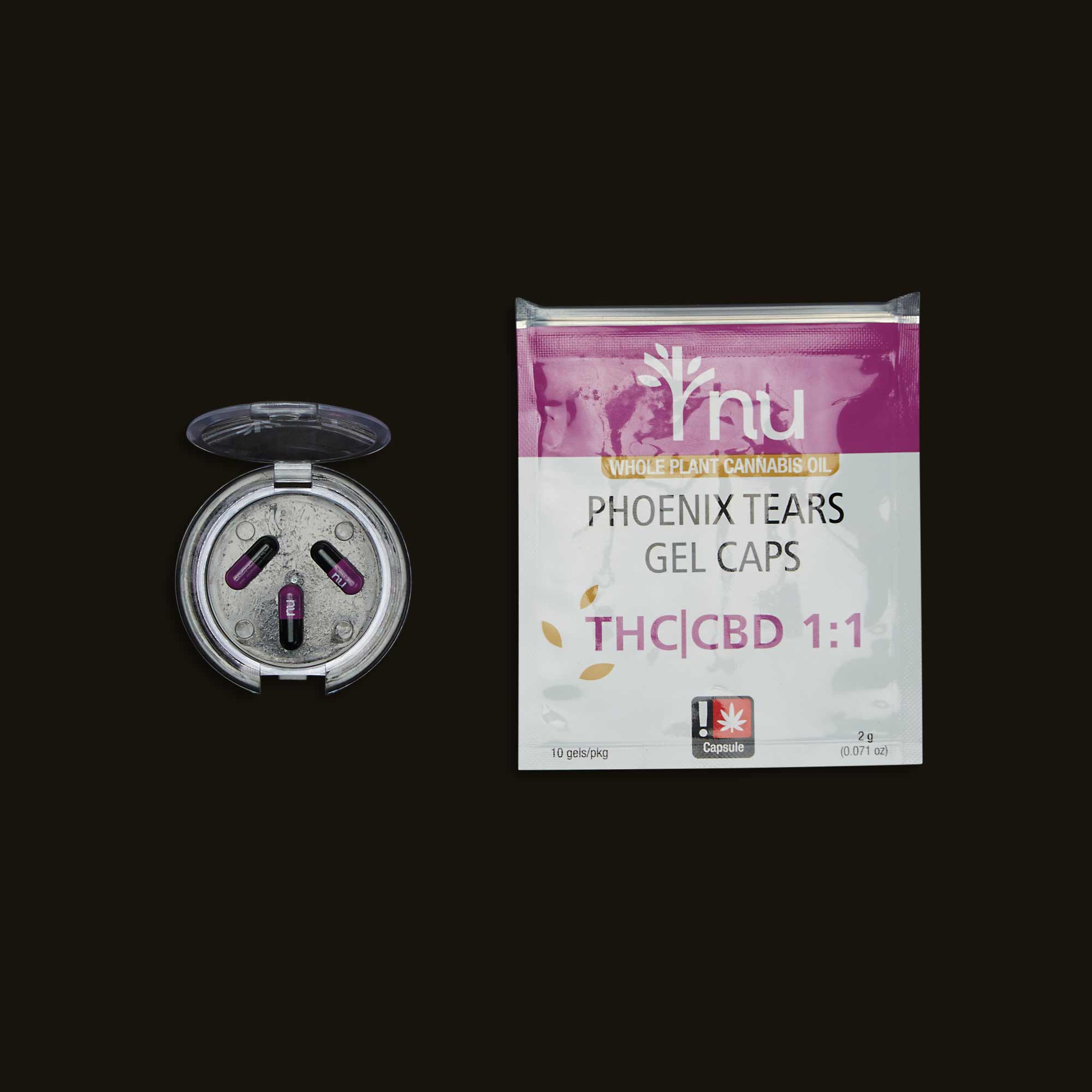 Nu's Phoenix Tears Gel Caps 1:1 live up to their name. That is to say, they're mystical and medicinal with soothing physical effects that can heal. Plus, they get you high. They have a real pain-relieving element that can help with a variety of ailments, and the cerebral high is typically uplifting.

Ranked 3 of 13 in Pills for feeling Focused.

Zoning Out
Mood Boost
8AM Kickstart 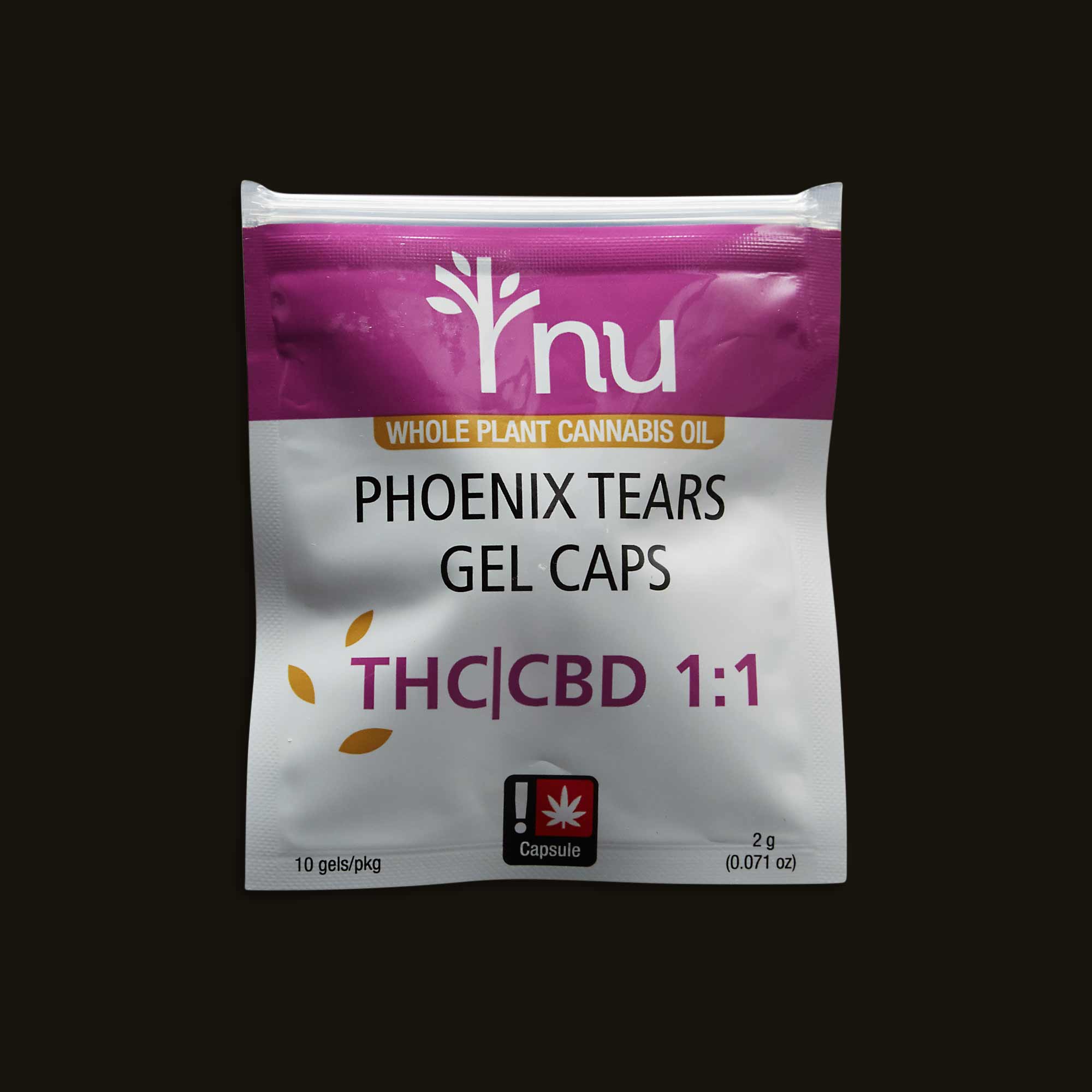 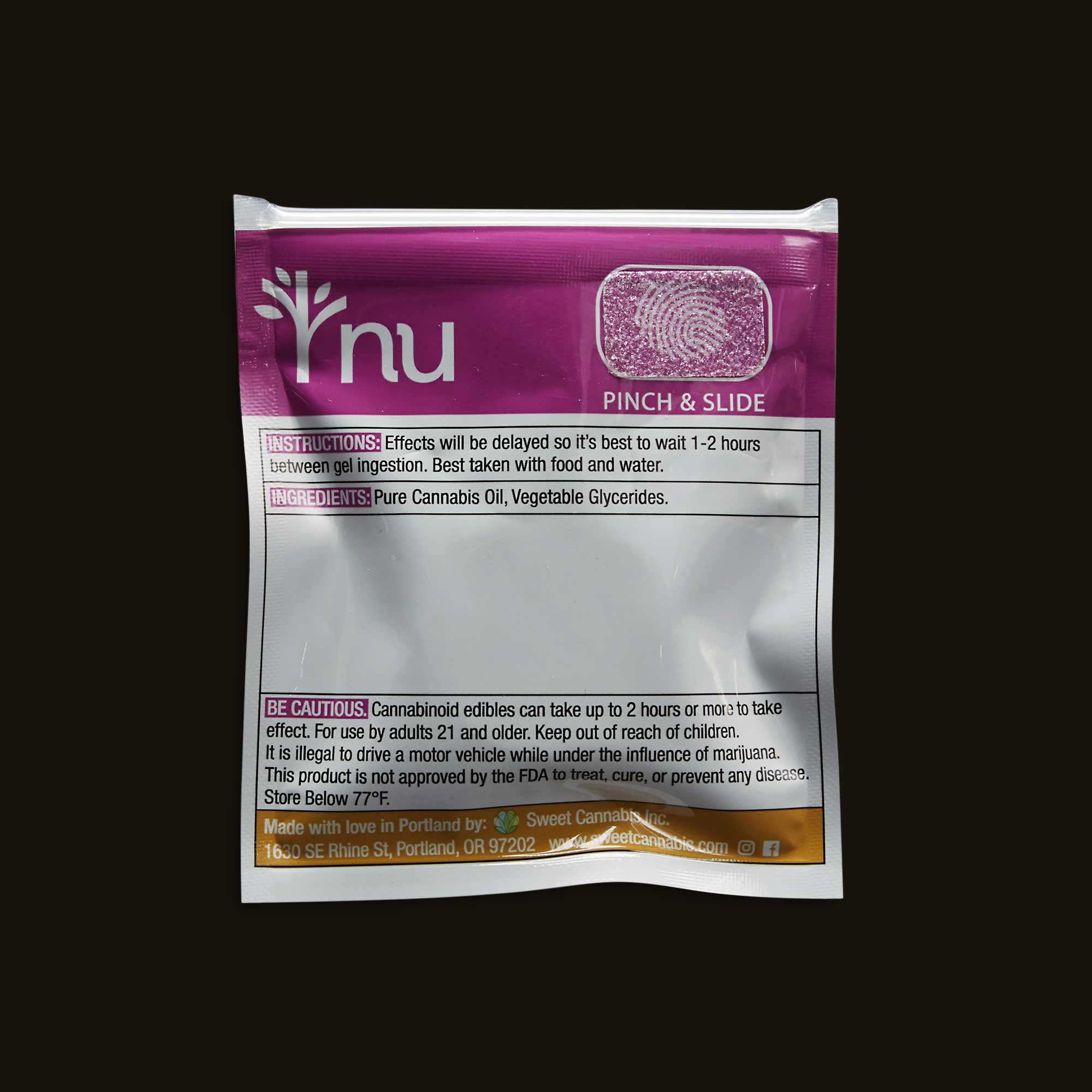 As our committee rates Phoenix Tears Gel Caps 1:1, we capture their experience in real time through our ratings app and report everything back here.

Ranked 3 of 13 in Pills for feeling Focused.

These Phoenix Tears Are Pure Magic In A Capsule

Just like the mystical bird of lore, these gel caps worked wonders.

Pardon my paraphrasing, but the phoenix has a symbology that is almost hamfistedly stoney: a mythological songbird that spontaneously combusts and is reborn from its own ashes? Really? The concept of phoenix tears, however, is relatively new. I’d first read of a phoenix’s tears miraculously healing a wound in Harry Potter and the Chamber of Secrets by JK Rowling. In case you missed it, Fawkes, the phoenix that lived in Dumbledore’s office, cried some hot, greasy tears on Harry Potter’s torn-up leg once, healing him and carrying him and his homies to relative safety. I wonder if JK Rowling knows that in the language of medicinal cannabis, Phoenix Tears refers to ultra-pure cannabis oil (aka RSO aka Rick Simpson oil) produced with deliberate medicinal intentions. Her introducing Phoenix Tears as a healing panacea capable of saving lives has become mythological headcanon. And that headcanon has been co-opted by the cannabis community, where it’s celebrated as a cure for all manner of chronic and/or life-threatening conditions from epilepsy to cancer.

“ The onset was so ephemeral I initially couldn't identify its defining qualities; I just knew I was slowly getting high.”

Nu’s Phoenix Tears Gel Caps are available in packages of ten, each gel cap containing the telltale ultra-pure 5mg of THC and 5mg of CBD. The gel caps resembled lavender Tic Tacs and were impressively easy to swallow with no gummy or powdery drag. Because I’ve found CBD to have a profound effect on my creativity and productivity, I planned my day including Nu’s Phoenix Tears in the hopes of getting some writing done. I swallowed them approximately an hour before I arrived at my local cafe, and by my first cup of coffee, I was filling the air around my table with weed-oil-scented burps. My whole mouth was grassy with potent cannabis oil concentrate. It was not as gross it may sound, but only because the burps were my own. The poor fellow next to me who was sharing my airspace may have had a different opinion.

Luckily, the 1:1 ratio of THC to CBD in these gel caps does, in fact, make for a productivity-boosting, mind-clearing, mood-elevating experience—just not in the same way other CBD-heavy or 1:1 products I’ve tried in the past have. The onset was so ephemeral I initially couldn't identify its defining qualities; I just knew I was slowly getting high. As the experience began to crystallize, I felt the familiar cool clarity of CBD enveloping my thoughts. I hungrily dove into my work but was—very unexpectedly—distracted almost immediately. I still had this focused, crystalline head high but it was too inquisitive to rest in one project, so instead of getting any significant work done, I spent the remainder of the high researching Chicago rapper Serengeti, simply because his song “Dennehy” randomly popped up on my playlist.

The body high was at odds with both the cafe’s seating arrangement and my fervent dedication to this unplanned and unnecessary research project. My cramping back wanted nothing more than to stretch out with my sketchbook, but I was too deep in this damn midwestern rap rabbit hole to do anything but click the next link and the next link and the next link. In retrospect, I probably should have been far more uncomfortable than I was considering how far off the rails my plans had gone. Based on this first session alone, I strongly feel this product would be great for aggressive studying, but meditative personal essay writing? Not so much.

My second round of rating Nu’s Phoenix Tears Gel Caps was wildly different from the first, but again, not for the reasons I anticipated. I once more ate the gel cap with breakfast, but this time the onset took roughly twice as long to arrive. After I’d taken the pill but before the high kicked in, I received word of a sudden grave diagnosis of a close family member. I had to make some very bummed out travel arrangements ASAP and could feel any control over my emotions start to slip away from me. Before I could succumb to anguish, the Phoenix Tears hit my internal CTRL button and just like that, I was able to manage my melancholy. The Phoenix Tears had improved my mental state significantly with that same cool, clarifying head high and sheer, almost numbing body high.

“I still had that creative, curious spark that had led me down so many weird detours the day before.”

Both sessions lasted the better part of three hours, inching into the four-hour territory when I stretched the effects out on day two with a few modest puffs of a hybrid vape. And despite day two’s terrible news, I still had that creative, curious spark that had led me down so many weird detours the day before. When I did finally get my druthers on day two, I did precisely what I’d planned to do and started researching the heck out of the iconic women characters of my favorite Saban-produced ‘80s cartoons. This ongoing project had started weeks ago, but on this day I dove deeper into my research than ever before, uncovering a treasure of lost characters I would have never remembered if left to my own devices. I know unequivocally that without the mind and body calm provided by Nu’s Phoenix Tears Gel Caps, I would’ve spent the whole day dissolved in a very sad puddle.

JK Rowling may or may not have any knowledge of what Phoenix Tears means to medicinal cannabis users in 2018, and she certainly doesn't know what it means to me personally, but she’s pretty progressive and I think she’d approve.