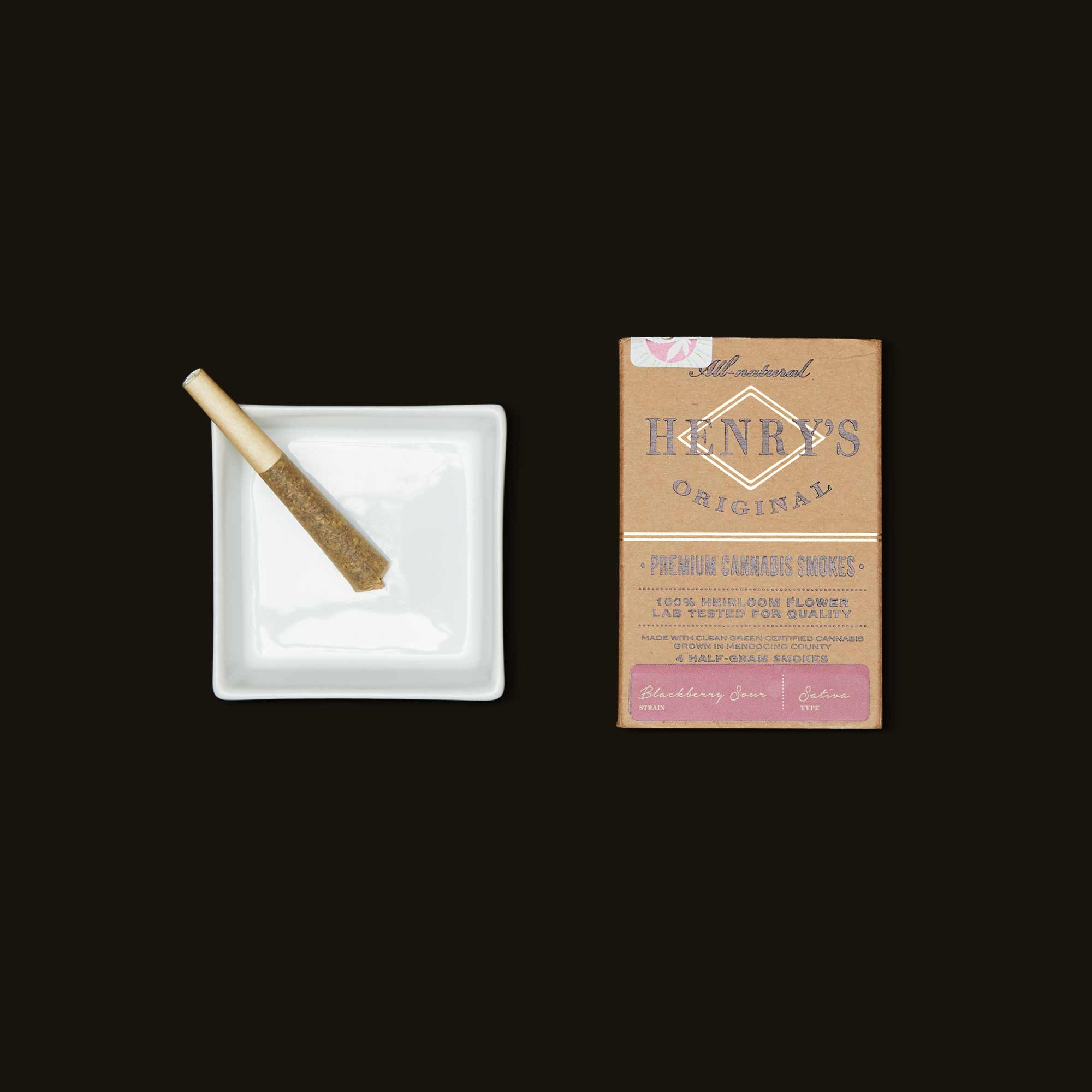 The Blackberry Sour Premium Cannabis Smokes by Henry's Original are sweet and sour sativa pre-rolls. They can come with dry mouth but the otherwise manageable high is buzzy and uplifting. It shouldn't be too distracting, but you'll probably want to soak up the sun with this strain. Pack a snack before the munchies take over.

Ranked 83 of 146 in Pre-Rolls for feeling Euphoric. 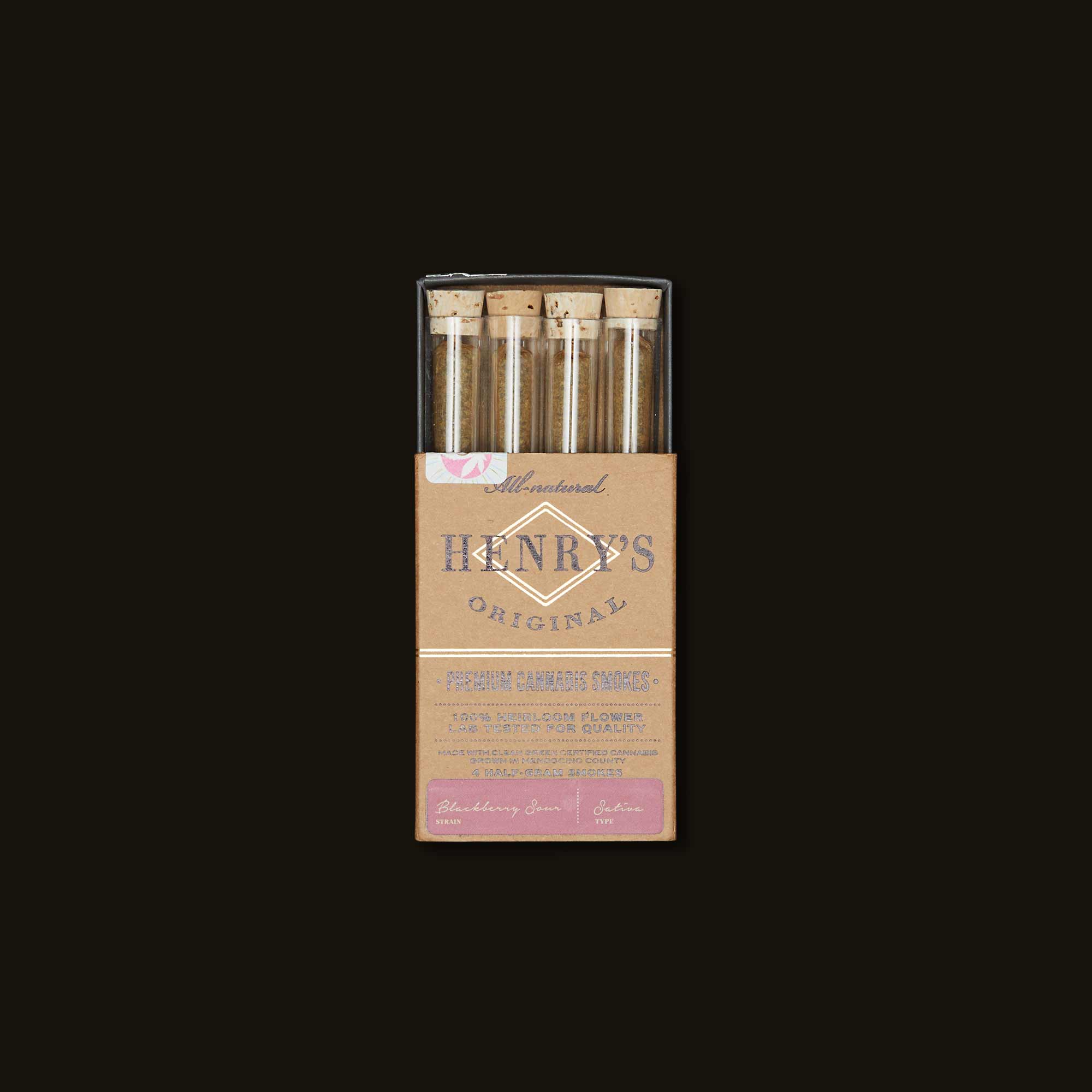 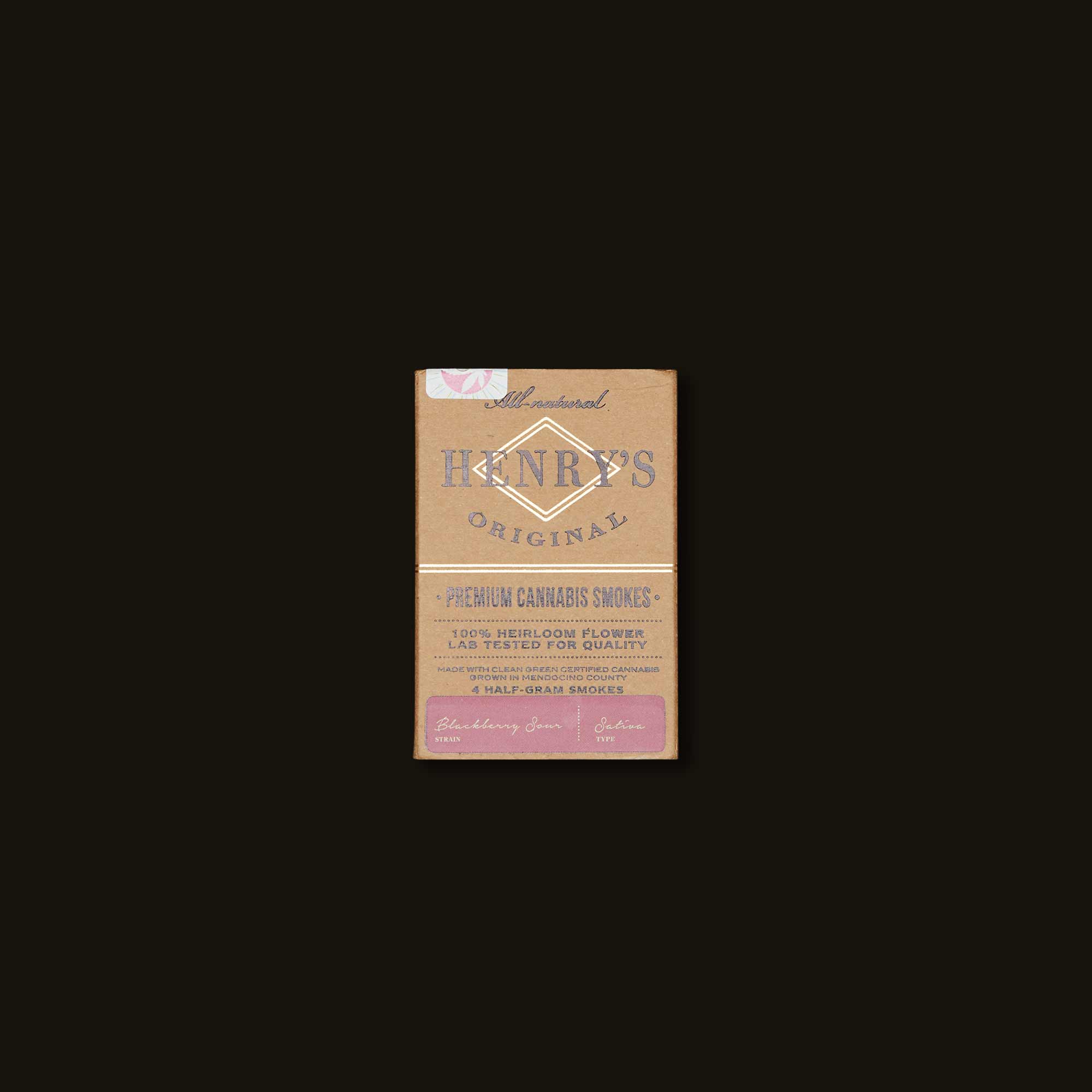 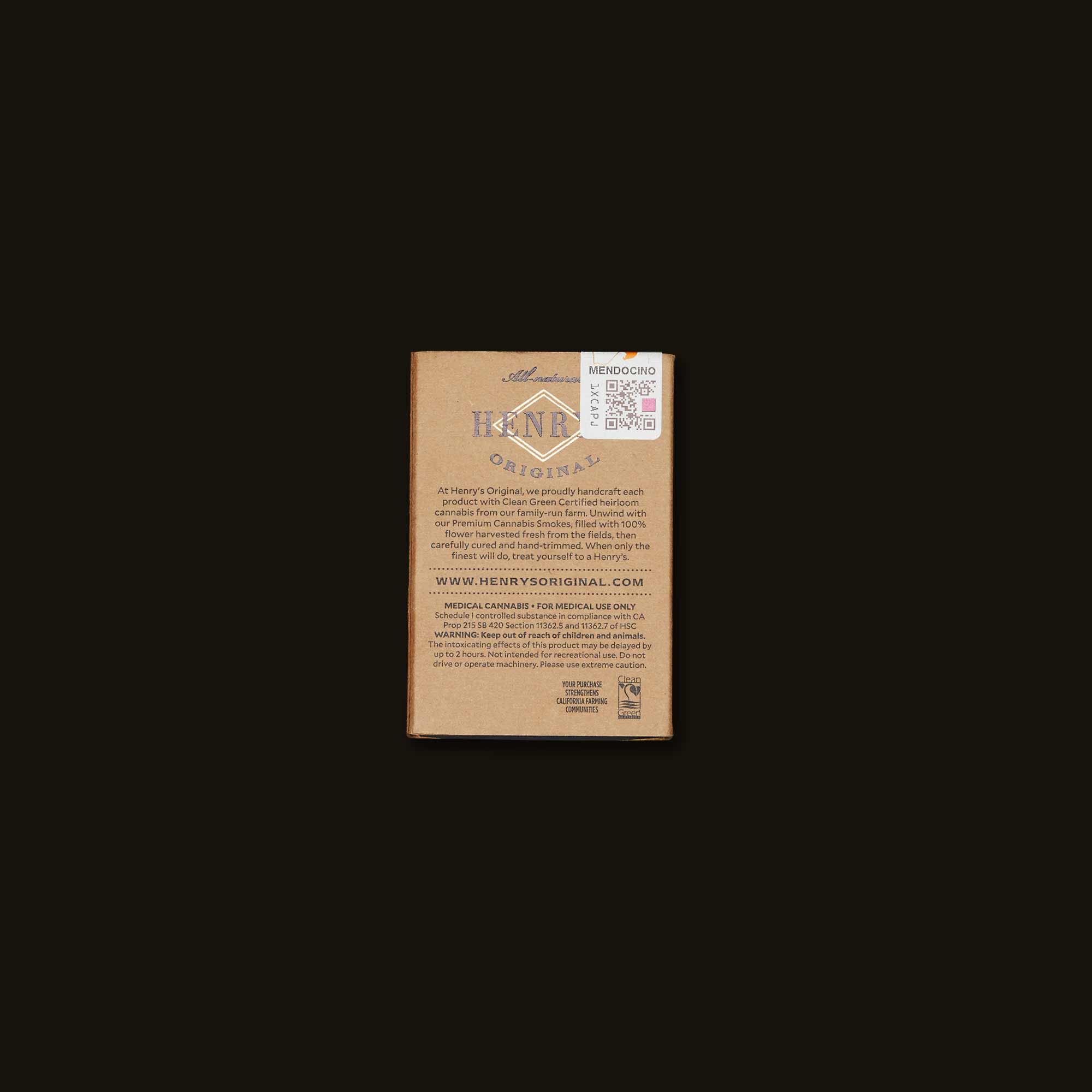 As our committee rates Blackberry Sour Premium Cannabis Smokes, we capture their experience in real time through our ratings app and report everything back here.

Ranked 83 of 146 in Pre-Rolls for feeling Euphoric.

With This Pre-Roll, I'm The Hero Of My Own Movie

Everything from grocery shopping to working on my front stoop just got way more cinematic.

Los Angeles is known for its bright, sunny, nearly cloudless, perfectly temperate wear-a-jacket-or-not-whatever, gorgeous weather. It happens so often it’s a trope, and it’s one reason why so many movie studios are here in the la-la-land of always-perfect natural lighting. I’ve personally become pretty immune to the pull of sunshine, preferring to stay in my little cave like a proper agoraphobe, especially when I’m in the depths a new project or binge-watching obsession. I was currently in the midst of both, needing to transcribe tons of interviews while watching the Netflix series Maniac like I was, in fact, the maniac.

“The blackberry in there gave it an almost perfume-like quality.”

I decided to smoke some cannabis to help curb my anxiety and let me drift into the mindless task of writing down every word I hear through headphones, so I pulled out a sativa-dominant pre-roll. The smell hints at its Sour Diesel lineage, a sativa known for its creative, uplifting effects. However, the blackberry in there gave it an almost perfume-like quality, mixing the subtle fruit and diesel notes into an earthy, pungent aroma. I only took a few drags since this was a workday, but the taste was smooth and clean.

It was a Tuesday when I first tried Henry’s Original Blackberry Sour Premium pre‐rolls, but after I smoked it, it felt like Sunday because everything suddenly seemed so uplifted and, well, sunny. Normally a daytime toke will make me zone into my computer screen like some chill remake of A Clockwork Orange, but this particular strain was just not having it. The moment I felt its soft effects wash over me, it was like there was a fifties-era Leave It To Beaver mom whispering in the back of my brain, “It’s a beautiful day, you should go play outside.”

The best way I could think of to be at least minimally productive on a Tuesday and still frolic outside was to take a walk to the grocery store. At only 12.6% THC, these pre-rolls are on the lighter side, which is great when you want to be able to still navigate the world and get shit done, and perhaps also why it had me so obsessed with all things light.

“Everything was washed in a perfectly bright Disney sheen.”

This was the kind of walk where everything felt just a little bit magical. I was wandering through the world of the movie Amélie, where the colors pop and all of the characters are plucked from a fairytale and it’s all just a little bit French. Even the dirty man mumbling alone to himself on the sidewalk that he “doesn’t want his life to be a waste anymore” seemed more poetic and poignant than scary or sad. Walking down Hollywood Boulevard is normally more of a gritty horror film, but today everything was washed in a perfectly bright Disney sheen.

Grocery shopping is a chore made even worse by the presence of many poorly placed strangers you’re forced to navigate around. As someone who would rather spend three hours in the darkest corners of humanity (Twitter) than interact with a perfectly pleasant stranger for fifteen minutes, it’s the sort of thing I don’t normally want to do high. Often marijuana acts as an enhancer of your mood, not necessarily a mood-enhancer per se, but something that magnifies what you’re already feeling. That can make shopping on cannabis a grossly intense battle between my social anxiety and meaningless choices. I have abandoned a cart or basket mid-shopping many times because suddenly I just couldn’t even anymore.

This time, however, shopping was a breeze. I seemed to float between people like I was Belle from Beauty and the Beast, easily grabbing the baguettes and goodies I needed without any awkward interactions at all. Everyone seemed to smile at me as if I was the most beautiful girl in the village, even though I was just another white girl wearing yoga pants in a Jons Marketplace. Even waiting in line to check out felt more like a fun chance to look at the ridiculously salacious headlines of People magazine than the usual death march ‘til I am free from supermarket prison. I wonder if Jennifer Aniston will ever finally find love? Maybe she should try smoking this weed.

When I got home I still felt the urge to soak up the sun like Sheryl Crow (I wonder if she found love?), so I took my laptop outside to work on our stoop. I had to be outdoors because this stuff attracts me to sunshine like a moth to, well, every other form of light. As I toiled away in the pink dusk, my roommates and neighbors kept coming by and saying hello. These kinds of interruptions normally bug my curmudgeonly working-self, but today they felt like a chipper cast of characters parading through the rolling credits of my day. The classic Hollywood happy ending, as sappy as it is, still makes us smile, and this lovely sativa hybrid probably will, too.