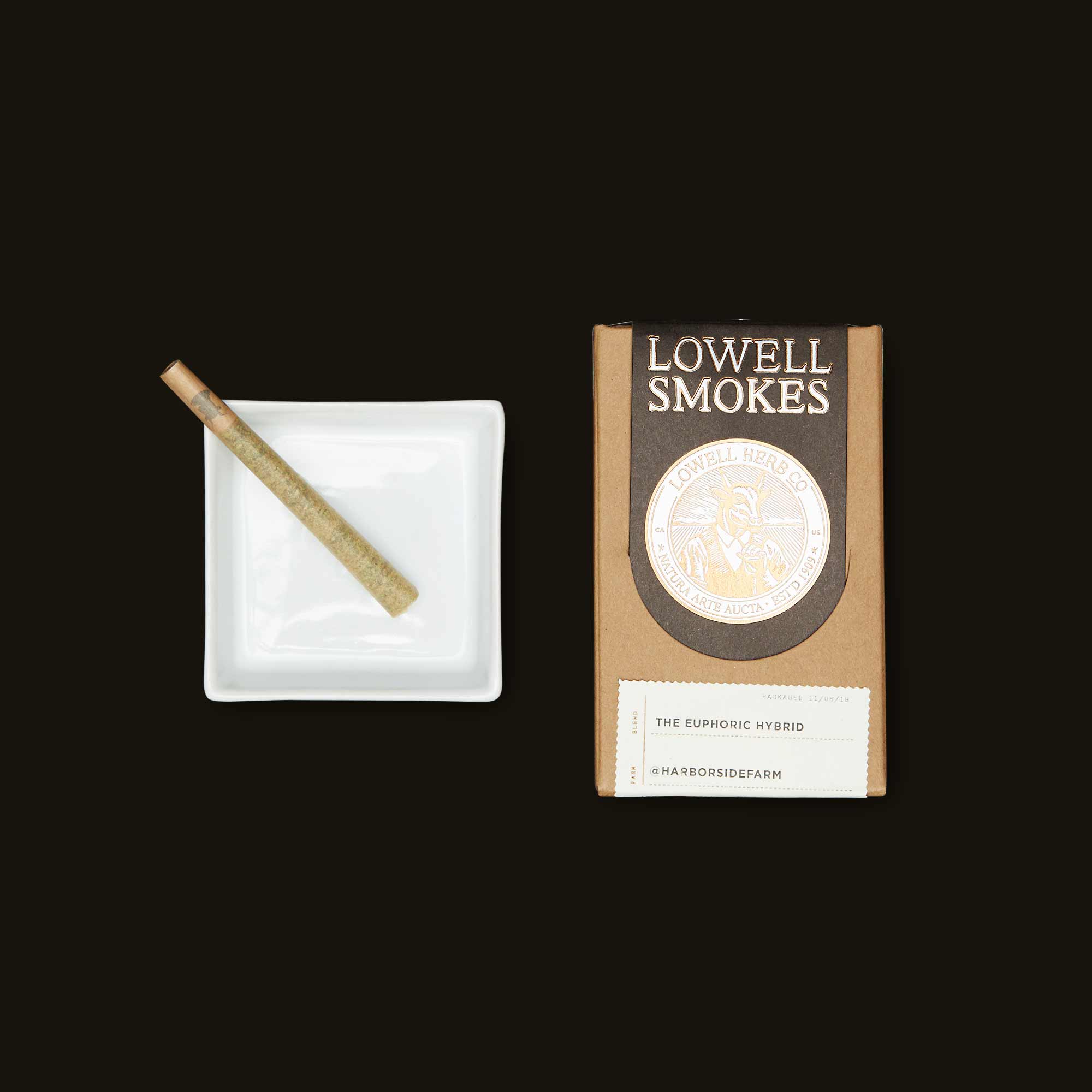 Lowell's Euphoric Hybrid Pack is loaded with potent and earthy pre-rolls. You can expect a strong, balanced high to leave you chilling with a touch of dry mouth. It can melt into an arousing buzz about halfway through, but if the mood isn't right it should just leave you giggly and relaxed. Depending on your energy level, these are best for date nights or couch-crashing with a plate of cake.

Ranked 58 of 160 in Pre-Rolls for feeling Relaxed. 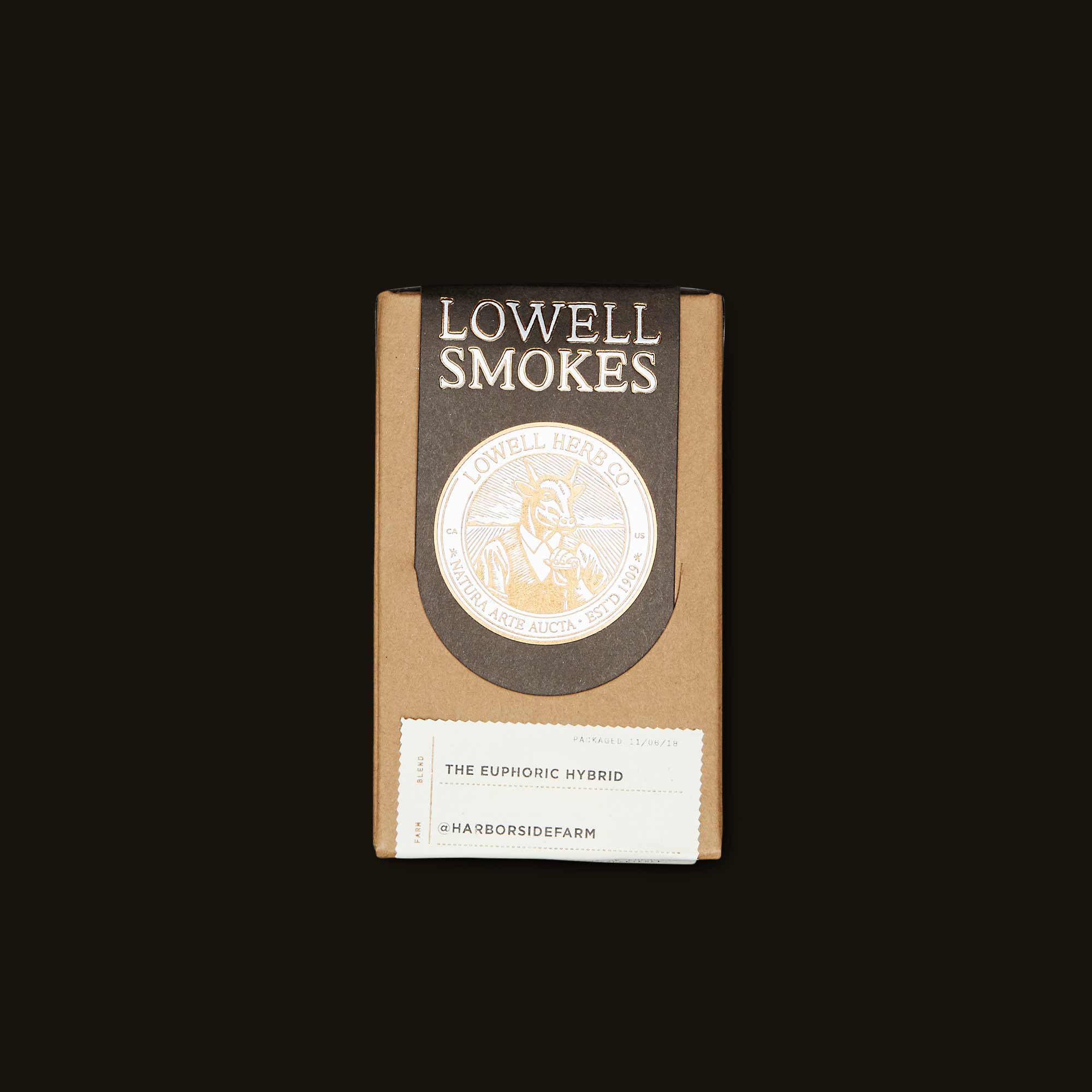 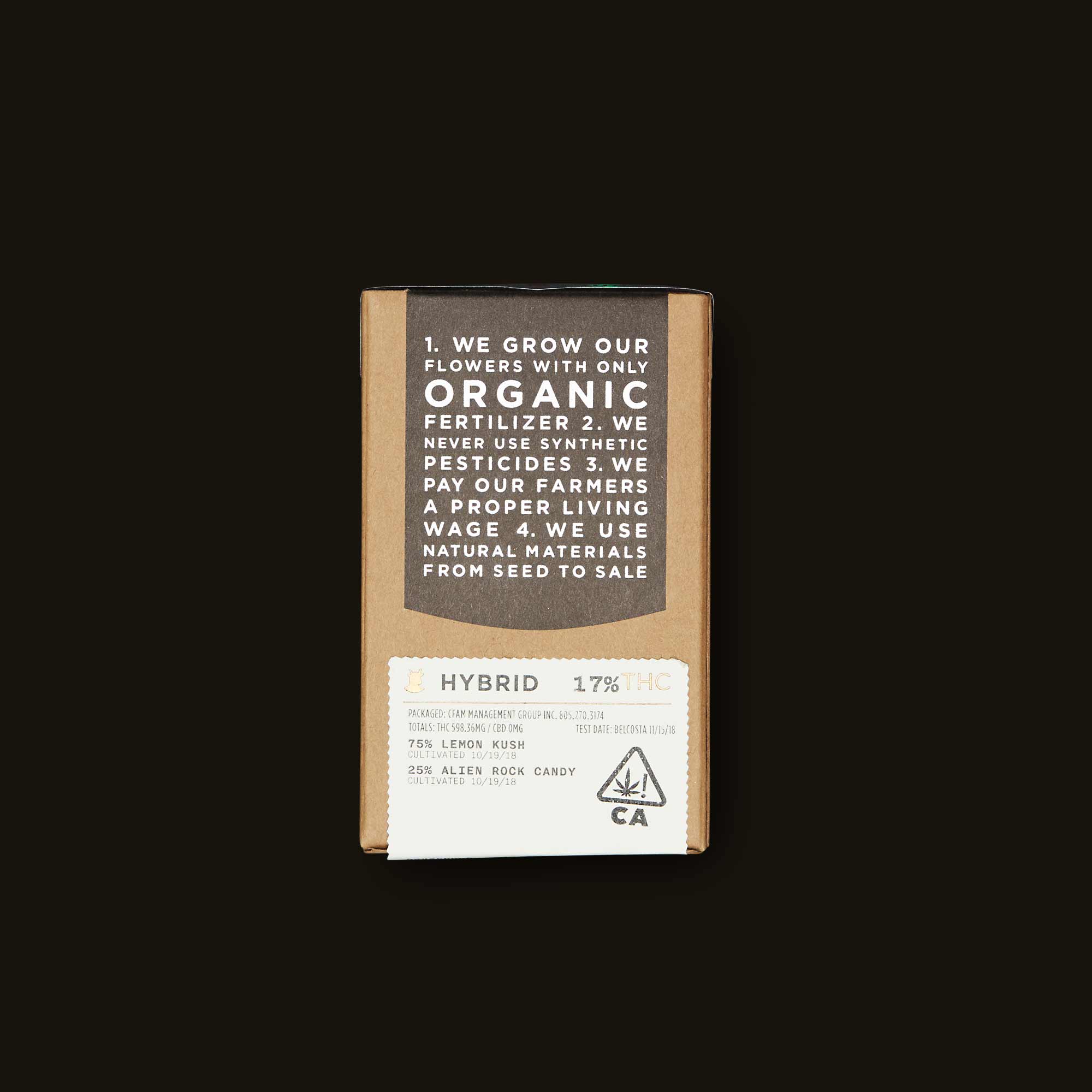 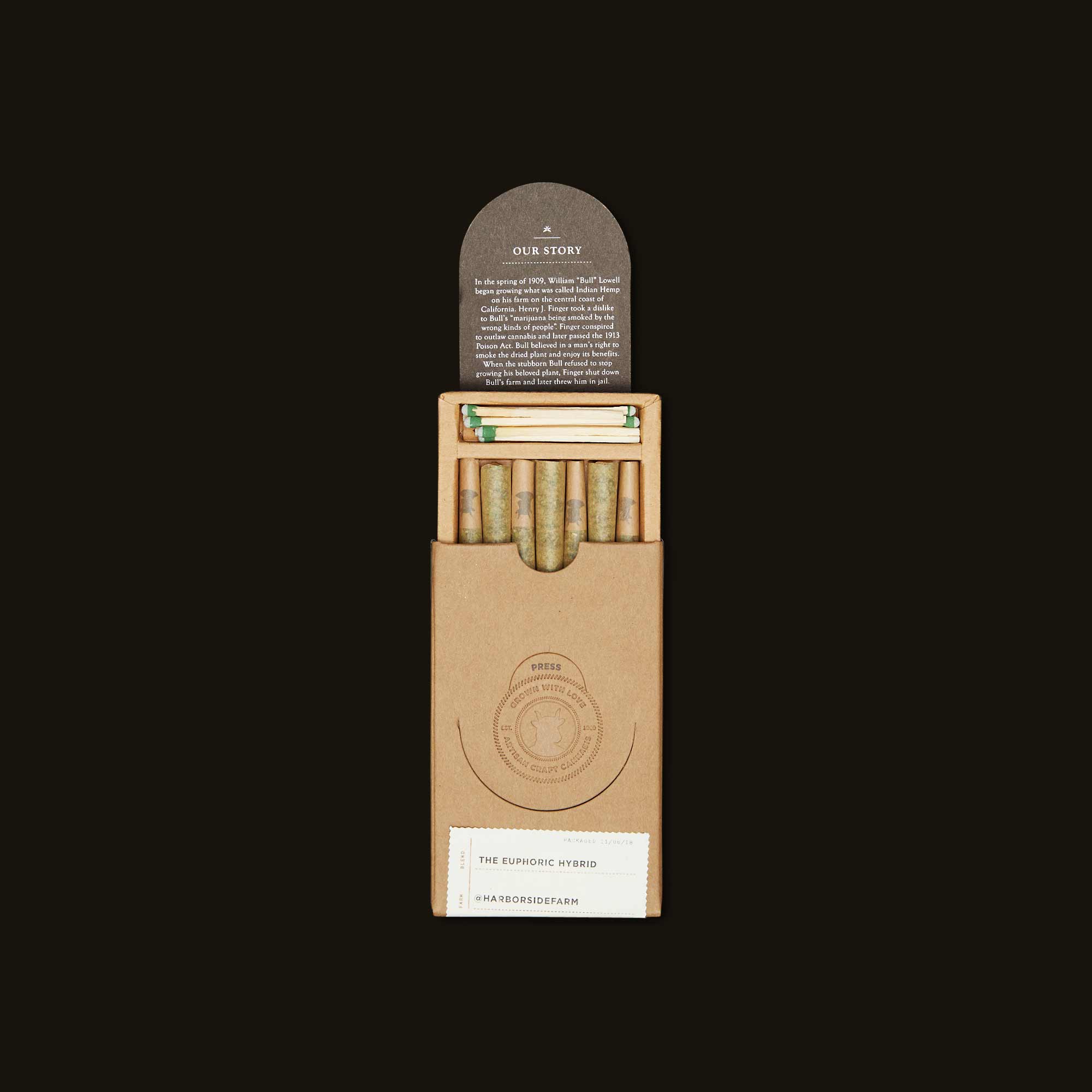 As our committee rates The Euphoric Hybrid Pack, we capture their experience in real time through our ratings app and report everything back here.

Ranked 58 of 160 in Pre-Rolls for feeling Relaxed.

This Pre-Roll Is A Hot Toddy For Your Brain

This pre-roll pack is a must-have for cozy cabin nights.

Sometimes hectic city life gets to you, and you just need to escape. Sometimes you need to drive out into a wilderness surrounded by mountains and trees and the crisp smell of pine to remind yourself we’re are just animals living on this beautiful planet called Earth. Sometimes you just need to take a deep breath and smoke a joint that helps you forget whatever it was you were so worried about anyway. Lowell Herb Co.’s Euphoric Hybrid Pack joints do just that.

The end of February is normally the time of year I get cabin fever. In my mind, if cold, wet weather is keeping you stuck inside the house anyway, you may as well be stuck inside an actual cabin. My friends all seem to get that itch, too. So, we did as any gaggle of millennials would do and drove the two hours up icy mountain roads from LA to Big Bear in the middle of the night because someone’s family has a cabin there.

The cabin had a very Twin Peaks vibe to it, what with the seventies decor and a mounted deer head. We decided to watch a horror movie because what else are you going to do in a secluded, creepy cabin in the wilderness at night? We watched The Green Room, which, despite its name, has no cannabis involved but a whole mess of blood. In between the screams of dying actors, my friend and I decided we needed something a little calmer and snuck out to the garage to smoke a joint.

“It was a very cozy high, like a warm fleece blanket around my brain.”

We needed to unwind from the unsettlingly realistic gore of the movie, so we lit up a Euphoric Hybrid pre-roll. The hybrid in question was a mix of Lemon Kush and Alien Rock Candy. Once we lit it up, the warm smoke instantly soothed my nose. It didn’t pick up the lemon notes I was expecting, but then again it didn’t have any alien notes either. My friend, who prefers very flavored flower, said it was so light he didn’t taste much, but I deeply enjoyed the lightness of it. It was slightly earthy, like a cup of tea. It had a deep nuttiness to its smoke, flavorful but not overpowering like a cigar dipped in a cup of breakfast roast coffee. The toasty notes were a perfect balance to the snow-covered mountains all around us.

This cannabis was like the light to our dark mountain night, the sparkling reflection coming off crisp, white snow. Right away, I got a nostalgic feeling that made the snow crunching under my shoes feel more like childhood joy and less like a potential hip injury. The soothing exhale sent a warm wave down my spine. It was basically a hot toddy for my brain, you guys. As my friends continued to watch horror flicks, I crept away to listen to PJ Harvey in my room upstairs. From what I could tell, the aliens in this hybrid strain were more like the cuddly guys from E.T. than the chest-bursting Xenomorphs from Alien. It was a very cozy high, like a warm fleece blanket around my brain, and all I wanted to do was snuggle up under some blankets for a while.

Sometimes you just need to step away and take a breather, and that’s OK. Our culture puts so much pressure on us to keep going, to be more like robots or computers. But we’re not. We’re closer to cats than computers. So it’s perfectly fine if we need to just go curl up in a corner sometimes. It doesn’t mean we’re weak, it means we just need to be more like cats for a minute.

If you’re wondering whether I wrote that last part while I was high, the answer is yes. But I still think it’s an adorable way to look at coping with the stressors of life. This joint helped me breathe deeply and feel connected to every woman who’s ever had to step away from a party to write in her journal about cats. I see you, ladies.

As I finished scrawling stoned nonsense, Mazzy Star’s "So Tonight" came on my song shuffle. The warm steel guitars floated around me and made the cabin’s faded seventies flower wallpaper feel like the warm, nostalgic feeling people have for Twin Peaks the idea, not Twin Peaks the actually really creepy show. When I re-joined the party, I heard the same warm slide guitar sound I had been curling in upstairs. My smoking buddy had put on Portlandia, his TV version of a poem about cats. We both felt like it was time for something lighter, a palate cleanser from the horror show of life (and truly insane movies). We wanted something snuggly and happy and warm since we were as lit as the burning logs in the fireplace. As it turned out, some silly comedy and a Euphoric Hybrid pre-roll were just the right combo for a cozy night in the woods.

Be the first to review The Euphoric Hybrid Pack from Lowell Herb Co. and help others find their high.