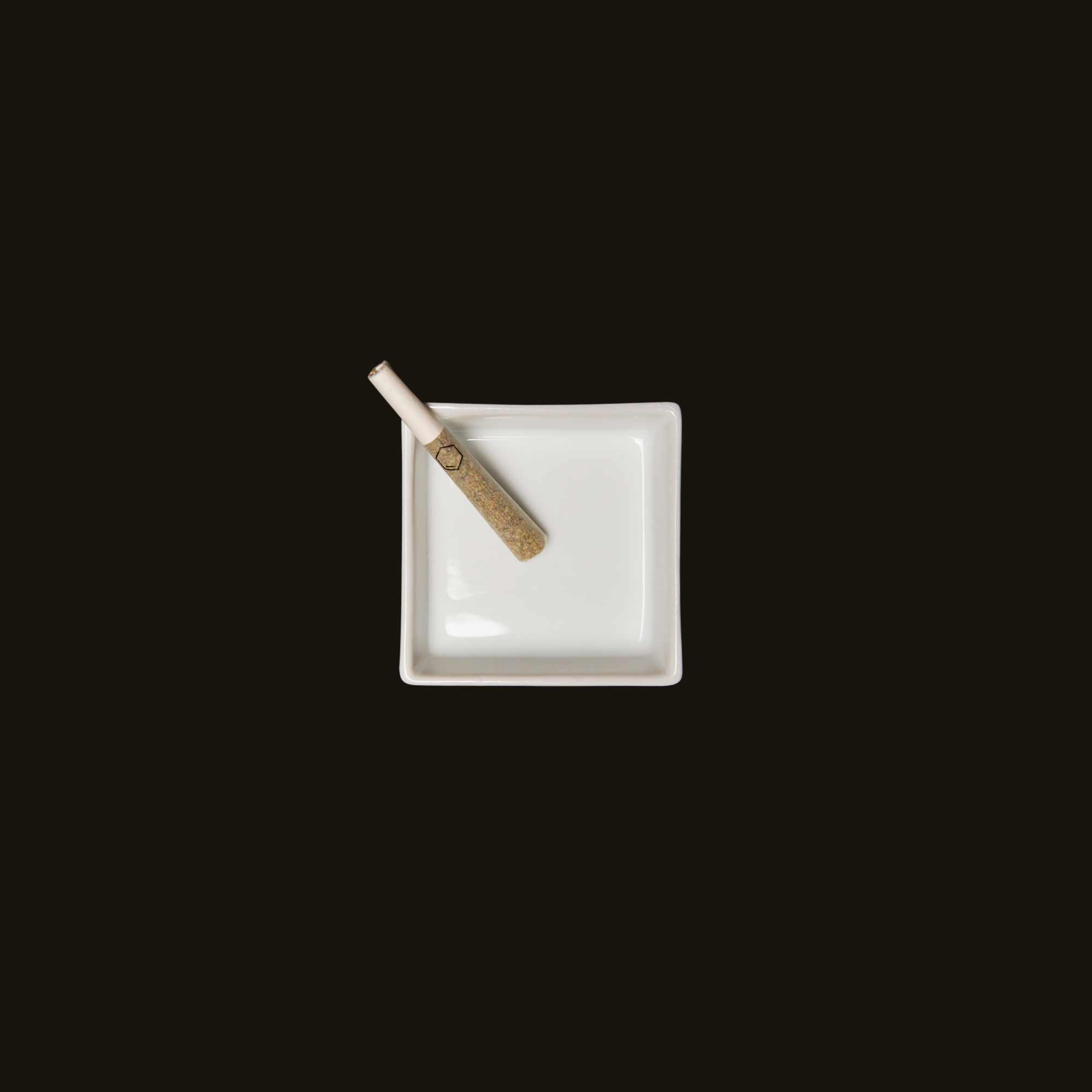 Prūf Cultivar's Blue Dream Pre-Roll smokes up an earthy berry flavor. The high is typically uplifting and comfortable, with a fizzy head buzz and a body high that wraps around you like a blanket. This is a sweet little Blue Dream session to drive you into euphoric afternoon.

As our committee rates Blue Dream Pre-Roll, we capture their experience in real time through our ratings app and report everything back here.

Blue Dream At Its Best

Prūf's varietal arrived just when I thought this sativa-dominant strain couldn't get any better.

A few years ago I went on a hunt for cannabis strains that could help curb depression and anxiety. I was a brand-new parent and my mental health was, well, questionable. I was advised by a significant handful of sources to try Blue Dream, and boy did it help. But more than just distracting me from my worst symptoms, this strain gave me the calm insight and detachment I needed to process the nastiest moments of my ennui. Blue Dream has been a life-changing strain for me; it opened my mind to the medicinal potential of cannabis for mental health and enabled me to overcome more than a few episodes of despair. So, yeah, you could say I was a little excited to have a go at Prūf Cultivar’s Blue Dream pre-roll.

“This strain gave me the calm insight and detachment I needed to process the nastiest moments of my ennui.”

Prūf Cultivar has nurtured their Blue Dream to embody all the effects perennial users anticipate: extinguished blue moods, nose-to-toe physical relaxation, and a very mild albeit rhapsodic euphoria. For me, the selling point was not how effectively Prūf Cultivar delivered on my expectations, but how they managed to make the effects so deliciously evolved.

Prūf Cultivar’s one-gram, Blue Dream pre-rolls are available as singles or in a pack of five. This exquisitely cultivated strain comes on with a wallop, requiring a relaxed, almost meditative environment. The aroma is a savory blend of wood, sage, and bright, piney citrus. Flavor-wise, the smoke doesn't deviate much from this profile, save for a berry finish at the tail end of the exhale. The smoke is clean and comfortable, velvety in the mouth with a silky inhale. But all of these sophisticated flavors and feelings did nothing to prepare me for the burly onset. Three hits into the joint and I was completely bombarded with intoxication. For me, Blue Dream typically has a slow, sensuous, creamy arrival, but this was a wiffle ball bat to the back of the head. It clouded my cognitive function and added a hundred pounds to my frame. There was nothing to do but dive into the couch and ride it out.

That ride lasted around two hours—far longer than I would have expected after smoking only half of the one-gram joint. I was deeply impressed I could feel so incredibly zonked out after only 3-5 deep lungfuls. At 29.3% THC, this pre-roll subverts the notion that astronomically high THC percentages (70-80%) are the key to a compelling, memorable high.

For most of that morning session, however, there was a knot of creativity bouncing around my core that I was too blitzed to act on. The frustration manifested in a few messy attempts to motivate myself, but without something to focus on, I just kept landing back on the couch. I reluctantly gave in and let Netflix take over for a while (which, I gotta say, can be hugely therapeutic for an overachieving Libra like me). I did eventually uproot myself when the unexpectedly high-octane munchies arrived. I bumbled into the kitchen, where the knot finally loosened as I invented a deliciously stoney sweet potato hash. It was at this point I found my own trick to maximizing this deliberate, psychotropic high: easy-going, low-stakes creative activities with tangible results. I made a foggy mental note to have a low-maintenance project ready for my second round with the pre-roll later that evening.

When I settled into my second session I had my sketchbook, a solid drawing prompt, and a cartoonishly huge cup of herbal tea at the ready. After 4 or 5 hits I settled into the couch, laid out my pencils, and let Netflix autoplay old episodes of The Office at a volume so low I could only register it as white noise.

“ I took full advantage of the sedative body high, spreading out across the couch like butter melting in a warm cast iron pan.”

This strategy was perfection, you guys. I crushed the drawing prompt. This time I was easily able to cut through the brain fog since I had something so clear to focus on. I took full advantage of the sedative body high, spreading out across the couch like butter melting in a warm cast iron pan. The high was again active for roughly two hours, though during the second session I played fast and loose with hits from a sativa vape and stretched the effects out long enough to cleverly interpret the sketchbook prompt and finish the ridiculous amount of tea I’d brewed.

Prūf Cultivar has, in my opinion, improved on Blue Dream’s best features (mood boost, classic relaxation) and introduced a slew of complementary ones: soft creative focus, a euphoric placidity, and stoner-movie levels of goofy intoxication. It also happens to be a pre-roll I'd highly recommend.