The Stone Road Reserve pre-roll has a piney taste and crazy potent head high. The flavor is decent, and the smoke is pretty easy on the inhale but it's packed too tightly to smoke smoothly. The high is heavy and unwound, usually making for a good recovery joint after a long day or working out. The comedown is nice and sleepy, so try this before bed. 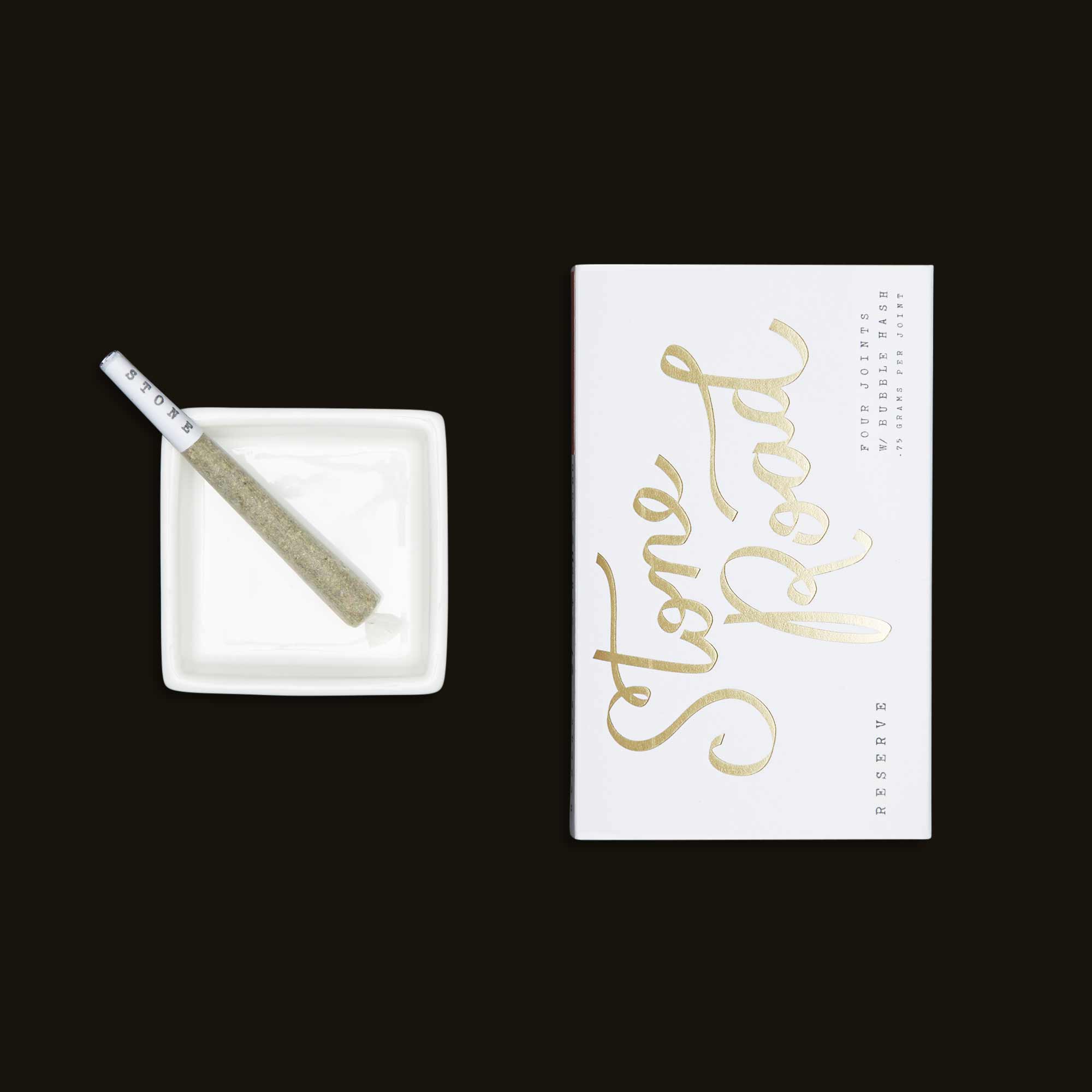 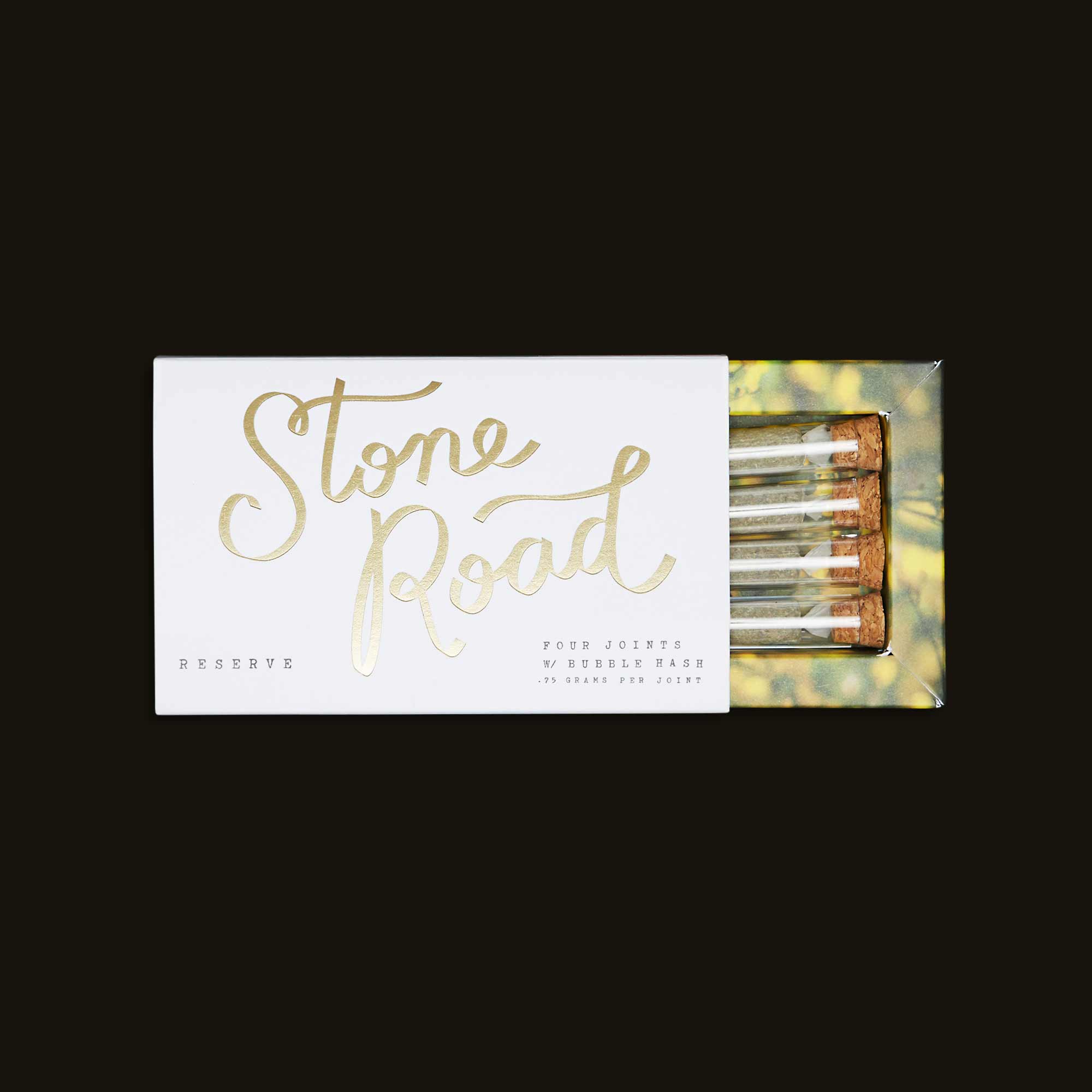 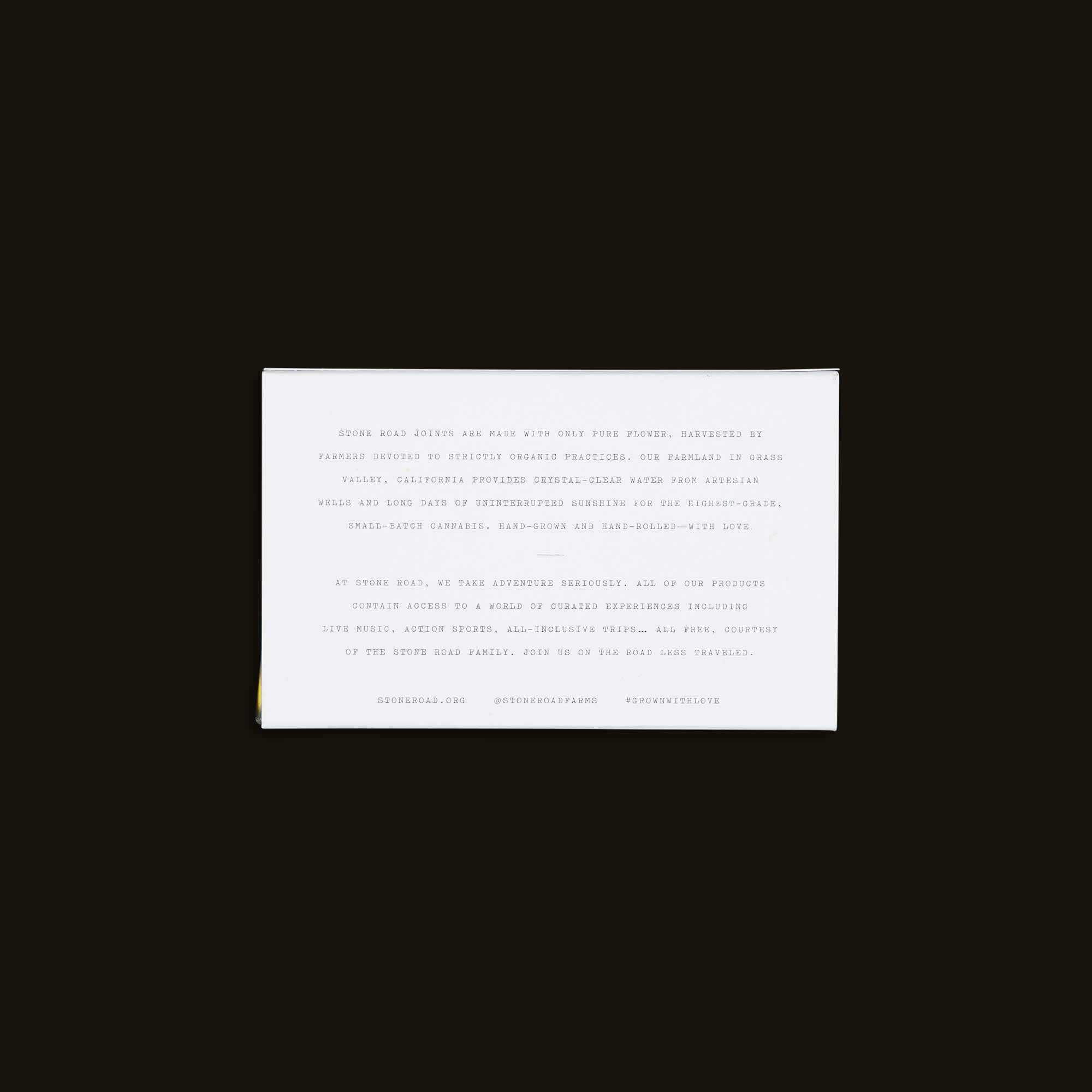 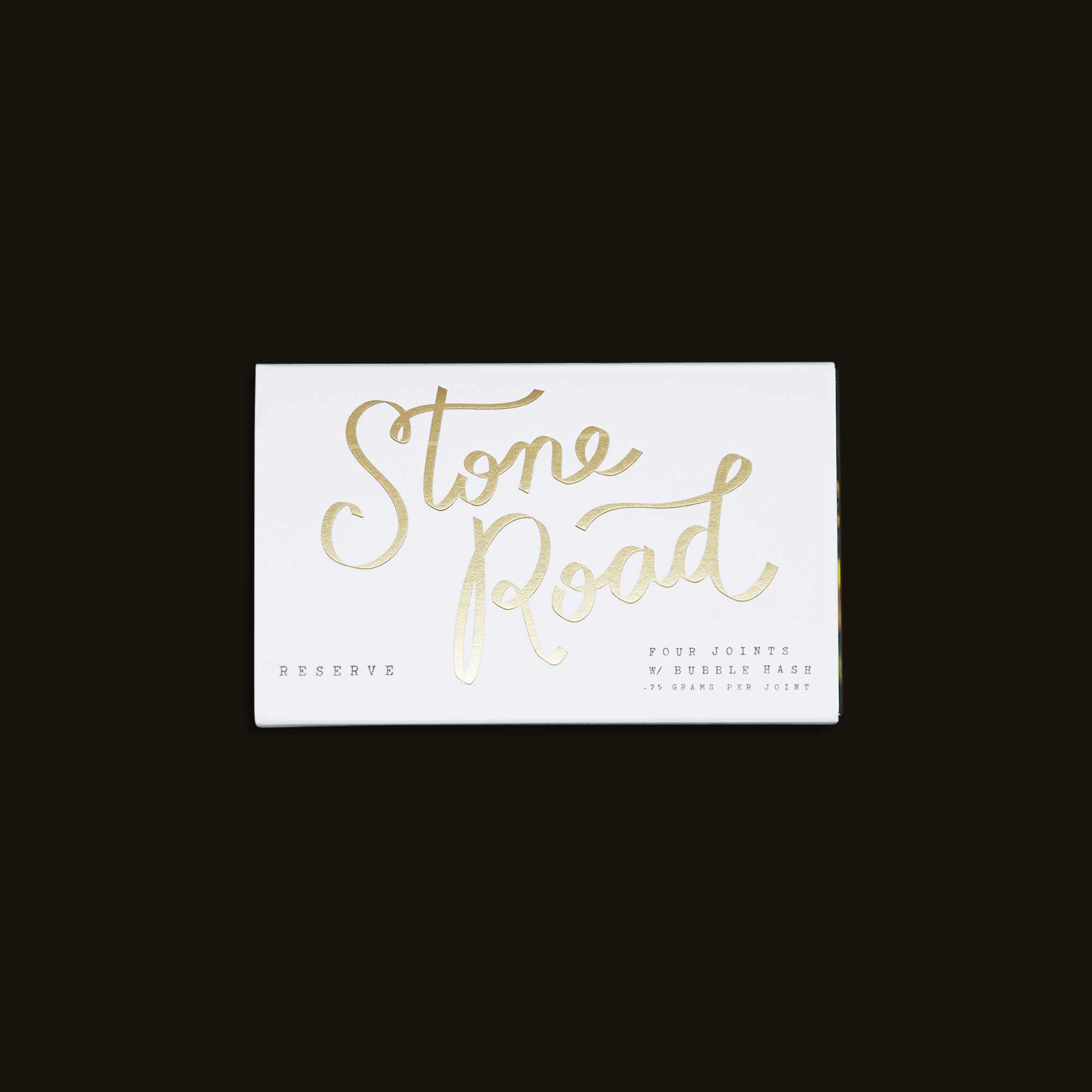 As our committee rates Stone Road Reserve, we capture their experience in real time through our ratings app and report everything back here.

On Smoking Jays With Your Mother-In-Law

A lot can happen when you combine premium herb with premium in-laws.

Historically, indicas haven’t been my go-to cannabis type. I often find myself with full-body jitters that detract from any relaxing effect I would’ve had otherwise. However, when the ideal situation presents itself—a bout of insomnia, stress, or pain, for instance—I’ve benefited from a classically soothing indica.

Recently, after a strenuous hike up Mt. Baldy, I sat in my backyard reflecting on the day while enjoying a fire. A light breeze swayed my hammock as the fire crackled and crickets chirped. Yes, this would be the perfect evening to test out the Stone Road Reserve pre-roll I had on hand. A relaxing indica was just the reward I needed and earned—after all, seven hours of hiking ain’t nothin’.

At $60 for a pack of four joints, I had pretty high expectations—especially since they come with the added punch of bubble hash. Luckily, the smell of the pre-roll was immediately inviting when I removed it from its case. The skunky, sour, and sweet smells peaked my excitement. After just one hit, I thought, OK, these pre-rolls really are top-notch stuff. The joint burned evenly and had a subtle flavor reminiscent of Sour Patch Kids. Within 10 minutes, a wonderfully pleasant high began creeping over my entire body. The aches from my hike started to melt away, leaving me instantly happier and lighter. I could see these joints being perfect for melting into a relaxing bubble bath, listening to Led Zeppelin on vinyl, and unwinding on a blanket under the stars (or flight paths if you’re in a city like me). I suppose this is what premium highs are all about—having the ability to feel light in body and spirit.

My wife, Lauren, noticed I’d entered a full relaxation zone and decided to try some for herself. As she ventured off into her own high, she began pondering life’s many complications. She has been dealing with some above-normal stress at work lately, so when she started unloading the thoughts that’d been crowding her mind stream-of-consciousness style, I knew the indica was helping her unwind. This was a gift for me because I’d been dying to hear about everything that’d been previously buried by work stress. Stone Road’s Reserve pre-rolls definitely seem to open the gateway for self-reflective moments. Lauren was so relaxed, in fact, she completely forgot about the beer she’d opened. Turns out it wasn’t needed after all.

As our ideal early summer evening progressed, I felt no groggy comedown effects or the weird body jitters I mentioned experiencing with other indicas. I’m happy to report the cerebral effects were equally light and joyful without the overzealous stimulation often associated with sativa-dominant strains. Roughly an hour after taking my first puff, I felt clear and sober and less stressed about getting up the next morning to start the work week.

But the relaxation didn’t end there. The following weekend, my in-laws came to town for a Memorial Day BBQ. My mother-in-law has been a cannabis smoker for more than 50 years now, and when I told her about the premium pre-rolls I had lying around, she expressed authentic excitement about trying them out. After a dinner of grilled everything, she commented at length about the joint’s exceptional flavor and ease of smoking. And this, friends, is coming from a pot pro.

Not wanting to be left out, my father-in-law joined in even though he’s the most infrequent smoker in the group. He described the smokability as extremely smooth and didn’t cough once—which is impressive for him! To me, the flavors seemed to be even more distinctive during this second session. All four of us experienced notes of tangy citrus.

“Stone Road helped produce one of the most adorable evenings in recorded human history.”

As we sat in the glow of firelight, my father-in-law introduced us to the British rockstar Mark Knopfler from the band Dire Straits. That launched us into a long discussion about different types of music and influences, and the relaxed, euphoric headspace we were all in helped the conversation flow easily. A short time later, we realized we were missing someone: my mother-in-law. Right away, I worried she may have taken one toke too many and was having an unpleasant experience. The three of us headed inside and found her sitting at the kitchen table with a large slice of chocolate cake. She looked like a little kid caught with their hand in the cookie jar. Clearly, the munchies had taken hold. After a good laugh, we were all enjoying ice cream and cake. I think it’s safe to say Stone Road helped produce one of the most adorable evenings in recorded human history.

I often stereotype indicas as a “stoner’s strain” thanks to a classically heavy body high that can land you deep into a couch from which you will never return. Stone Road Reserve made me realize that I, much like the cannabis industry as a whole, need to adjust my preconceived notions about indica-dominant strains. I was able to achieve all of the positive effects of mental and physical relaxation without the paranoia and jitters I have come to fear. Being higher on the price scale means these pre-rolls probably won’t be my go-to weapon against anxiety. That said, the next time I am high-key stressed and desperately need to meditate and relax, I know Stone Road Reserve will have my back and get me to that optimal, let-it-go state of mind.

Be the first to review Stone Road Reserve from Stone Road and help others find their high.