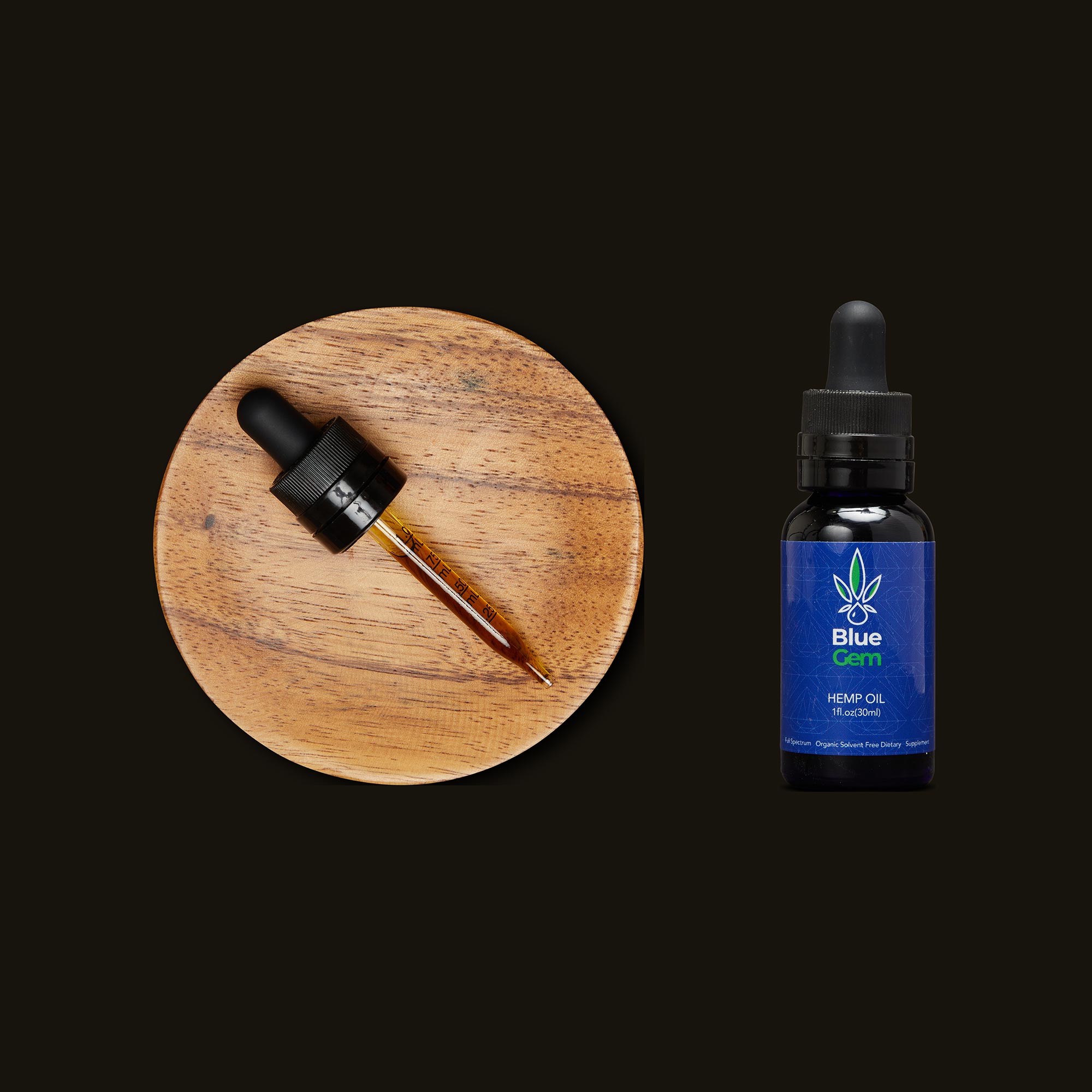 As our committee rates Full Spectrum Organic CBD Oil, we capture their experience in real time through our ratings app and report everything back here.

Blue Gem Will Get You Going Again

Blue Gem’s Full-Spectrum Oil is your silver bullet for aches, pains and anxiety.

IN REVIEW: With nothing but pure cannabis and MCT extracts in every bottle of Blue Gem’s CBD Oil, you know that this isn't a gussied up gimmick full of false promises. So if you’re looking for reliable relief from aches, pains and anxiety, this tincture will help you take a load off so you can easily tackle the rest of your day. It’s a Full-Spectrum Hemp Oil that’s made with 100% organic, American-grown cannabis, and was designed to not break the consumption habits of cannacurious consumers looking to experiment with their first (or fiftieth) product.

I've tried several different products to help me control my anxiety, and by far, I've had the most success with Blue Gem’s Hemp Oil. It took a while to convince me to try it, even though I have friends who’ve had positive experiences for years using CBD products for pain management and relaxation. I just never thought it could help as much as it did.

Aside from occasional back pain caused by lazy laptop posture or not stretching properly before a run, I rarely have any significant pain. Knock on wood. I’m lucky, I know. I will try anything, however, to help me calm down. It’s a family thing to have blonde hair, blue eyes, and constant anxiety that follows like a shadow. I worry about everything. Money, aging, the state of the world. Sprinkle in some ADD and OCD, and you've got a recipe for an impending stroke. My mom had a couple, as did both of her parents. They were always outwardly composed, proper and southern, with some category-5 whirlwind of crazy just below the surface.

Most of the time, I’m not even aware that I’m anxious until it somehow manifests somewhere in my body, most often as chest pains or a sore jaw from clenching my teeth in my sleep. So I just figured it was something I had to learn to deal with. I tried running, reiki, acupuncture, meditation, and breathing exercises, and they all helped. For a few fleeting hours.

“This is the real deal, in its purest form. ”

I don’t like taking medication, and I will always choose a natural option if it’s available. But, unfortunately, nothing else seems to tamp down my anxiety level for very long. So, I started doing a little research after my doctor, of all people, suggested I try CBD. She didn't want me to smoke, of course, but encouraged me to explore a variety of options to see what worked best for me.

The number of varying results you get when you Google CBD Oil can be overwhelming. Don't do it. I'm serious. Hundreds of brands claim to have the best CBD-based products available, with some of them being pretty bold, so it’s hard to know where to start. A friend recommended one brand (that I won’t mention), and the guy at the dispensary another (ditto). So, I started right away and tried both. I tried vaping, tinctures, and gummies. And again, they all gave me a mild sense of relief, but nothing that lasted very long.

I went online to randomly select the next product to try and came across some positive reviews about Blue Gem Hemp Oil. What appealed to me right off the bat was that Blue Gem Hemp Oil uses organic, American-grown hemp. (I’ve read lots of alarming news about the harmful, undisclosed ingredients that sometimes pop up in some CBD products.) They didn’t make any outlandish claims or offer long lists of ingredients that I couldn’t possibly pronounce. Just organic, full-spectrum CBD oil made without any added chemicals, solvents, or artificial flavorings. This is the real deal, in its purest form. I don’t think I’ve ever come across an ingestible product with only one ingredient!

I tried the 1200 mg Blue Gem Hemp Full Spectrum Organic CBD Oil hoping it would help with my anxiety, and I almost immediately felt relaxed. Weird. Following the suggested dosing on the website, I started with .25mL twice on the first day and .50mL twice on the second day. I’m on my third week taking .50mL twice a day and have been able to cut my anxiety meds in half! That's a massive deal for me, and I can’t wait to share the news with my doctor.

“I feel less anxiety, and it's a calm, steady feeling that lasts throughout the day.”

No one should expect Blue Gem Hemp Oil to taste like a sugared-up gummy candy or an artificially flavored tincture. It tastes like what it is, oil. Earthy and fresh, without anything artificial added. It reminds me of my favorite energy drink, the one that comes in a palm-sized plastic bottle. I don’t drink it for the taste. I want the caffeine and taurine, or whatever it is that gives me energy and focus. I want a no-nonsense drink that wakes me up so I can drive home safely.

I would recommend Blue Gem Hemp Oil Full-Spectrum Hemp Oil to anyone who asks. The first people I told, of course, were my equally high-strung siblings. I’m not sure who will try it first, but fingers crossed it can help them too. I made it a routine to take the first dose before breakfast, and the second right before dinner. As a result, I feel less anxiety, and it's a calm, steady feeling that lasts throughout the day. Sometimes I work late into the night, and I used to have to wind down with some mindless television before getting into bed. Not anymore. Now I can close up my laptop, hop right into bed, and get a solid and restful eight hours of sleep. All thanks to Blue Gem’s Hemp Oil.

I love this product! I have taken it for a week and have noticed that I am much calmer. The inflammation and pain in my shoulder is gone. I am also sleeping better. Great price point too. I highly recommend Blue Gem Hemp Oil

I love this product! I have taken it for a week and have noticed that I am much calmer. The inflammation and pain in my shoulder is gone. I am also sleeping better. Great price point too. I highly recommend Blue Gem Hemp Oil.

This CBD has a uniquely smooth taste with no aftertaste. Works effectively and I'm happy.

I have been taking 1/2 a dropper of your 1200mg oil twice a day and I can definitely feel a difference. Some of my pain is gone, I am sleeping better and my appetite is returning slightly! Thank you very much! I will be recommending your product to friends, family, and associates! Take care!

I bought the first bottle of 1200mg back in 2020. Couldn't be more happier with the amazing quality & great results.

This product is the top notch in its class. I have recommended it to family and friends.

This full spectrum cbd by blue gem hemp is my first choice. Very happy with the great taste and consistent results. Highly recommend it to anyone looking to buy this fine specimen.

I'd recommend Blue gem cbd to anyone. Already bought 15 a d gifted to friends and family.

The only full spectrum cbd oil that ever worked for me. Best efficacy and great tasting cbd out there