These CBD sublingual drops with just a bit of THC are great for a first cannabis experience and will help you understand the dosage that works best for you. Start slow and read the packaging. Care by Design is a high quality manufacturer and are transparent about their products and processes. An 18:1 CBD to THC ratio product is a great place to start or for those who are normally very sensitive... From the manufacturer: "There's no single dosage ratio that's right for everyone. You'll want to find the balance of CBD and THC that works you. A person's sensitivity to THC is a key factor in finding the right ratio and dosage. Many people like a cannabis high. Others find THC unpleasant. CBD may lessen the mind-altering effects of THC, so, a greater ratio of CBD-to-THC (18:1 like these drops) means less of a high. " Full review below.

Ranked 32 of 107 in Sublinguals for feeling Relaxed. 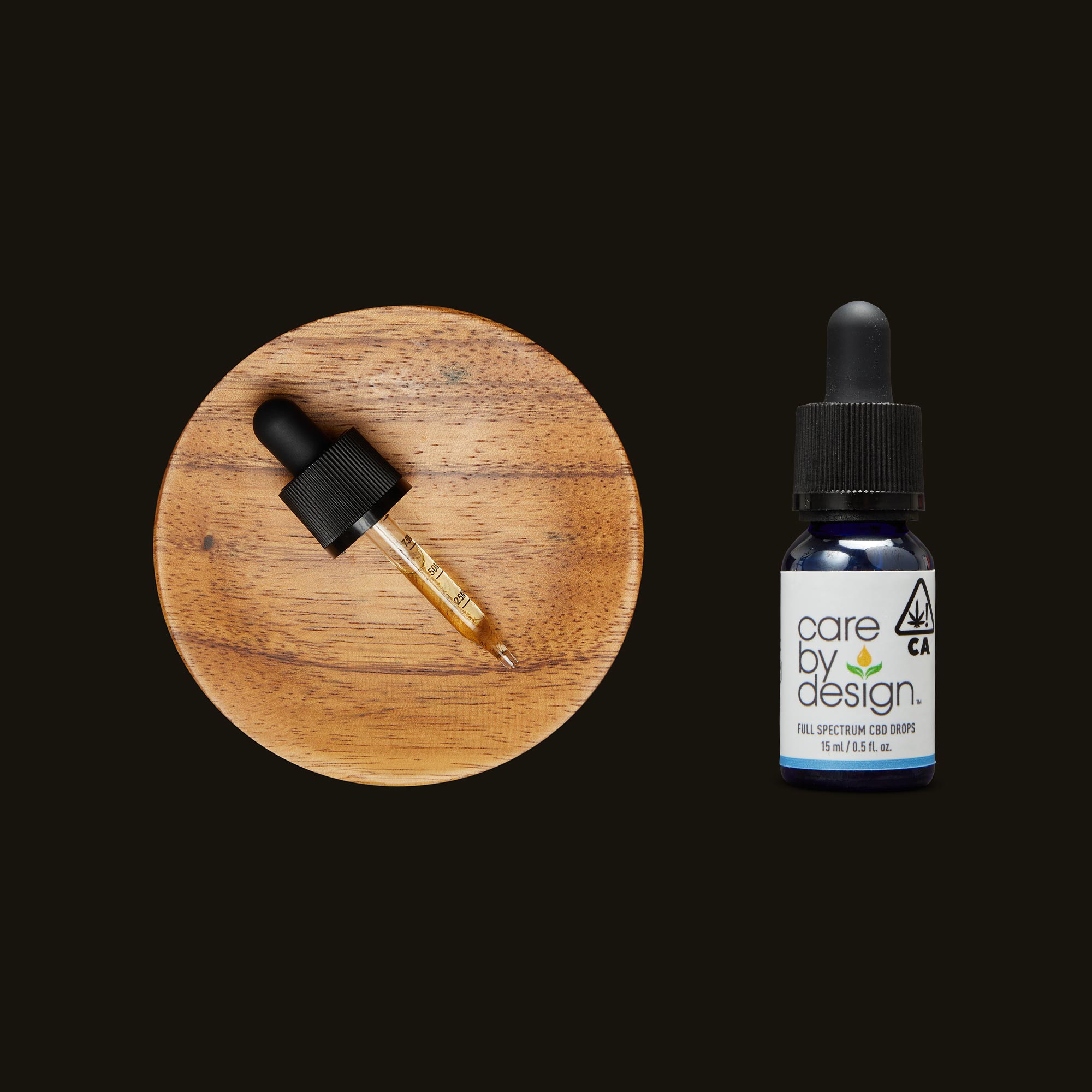 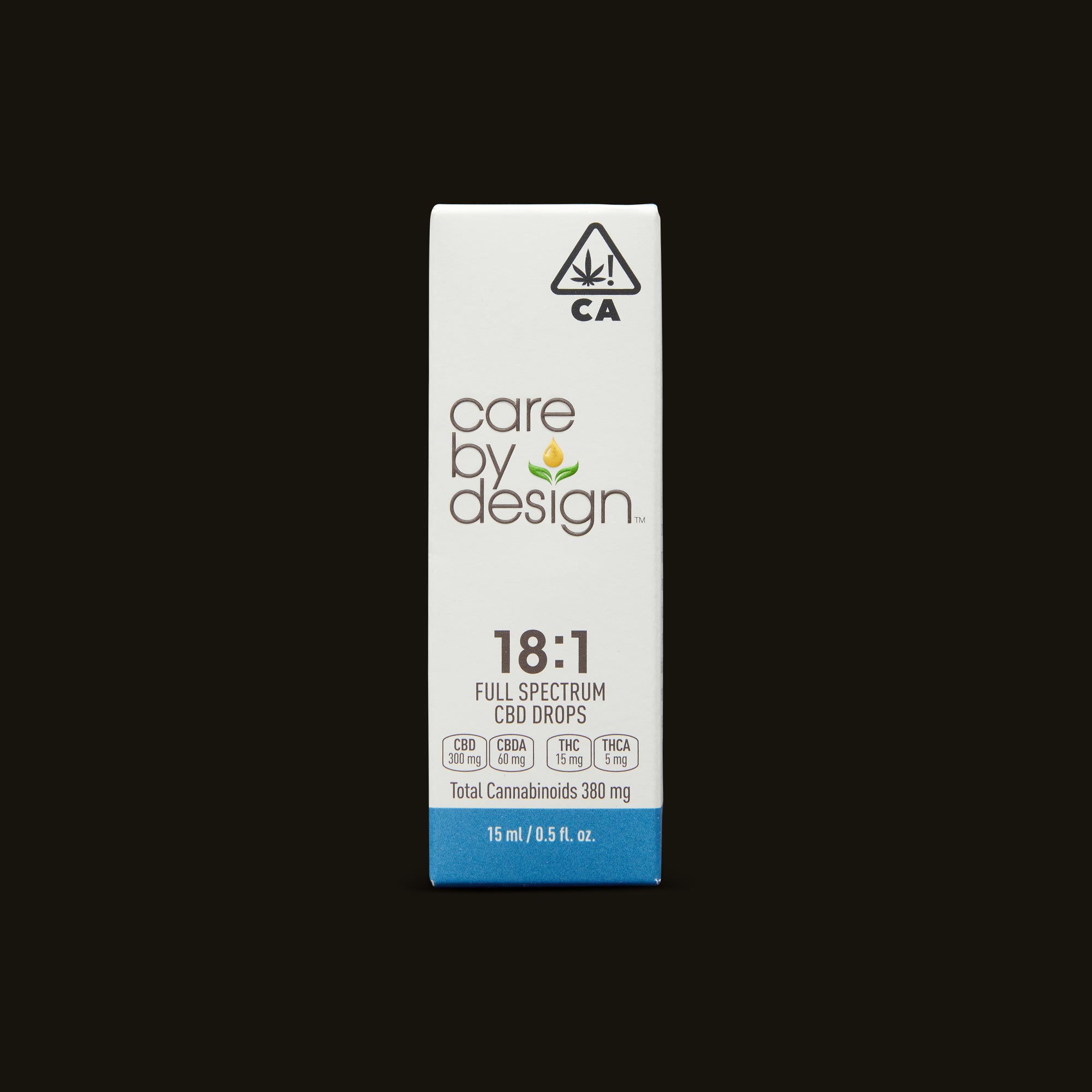 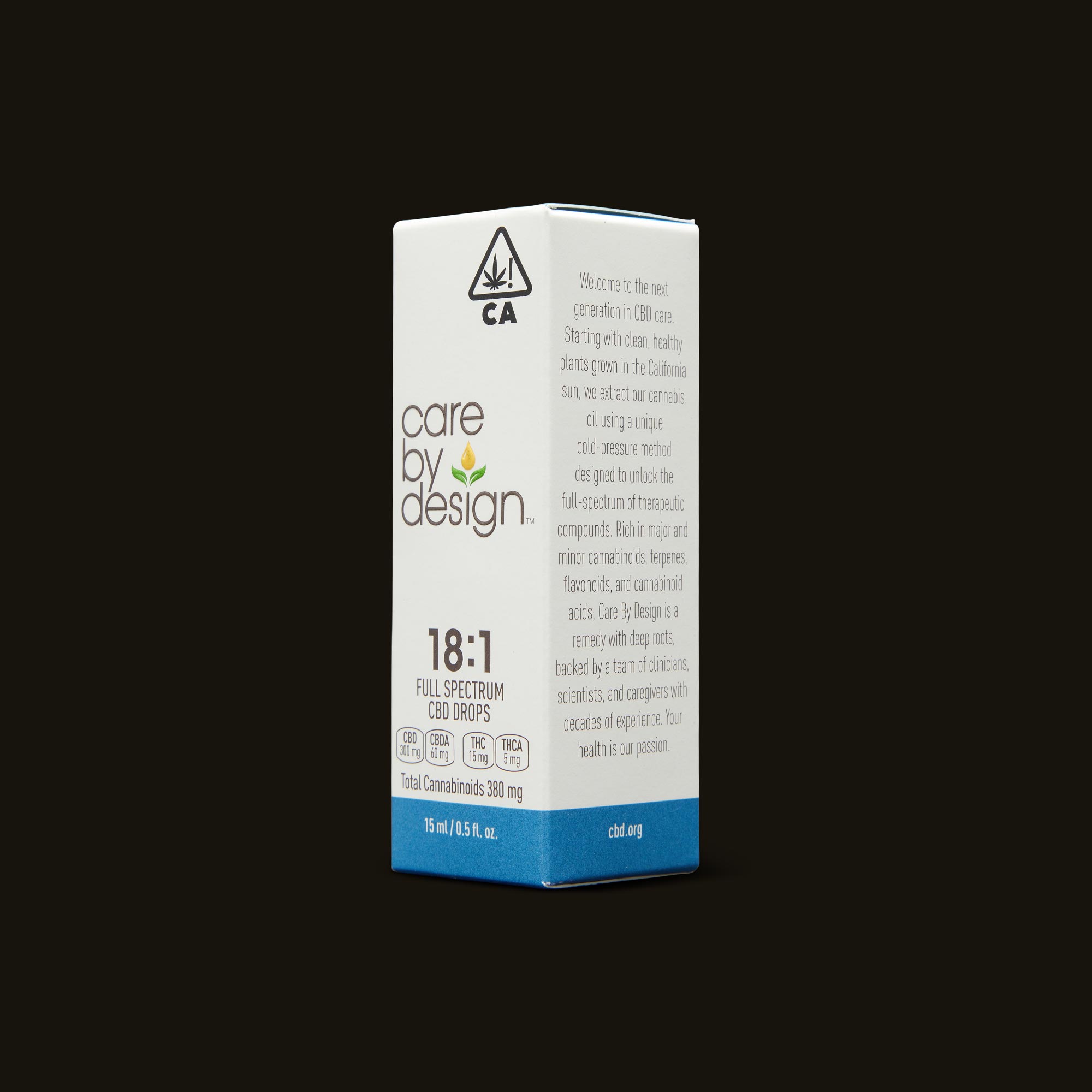 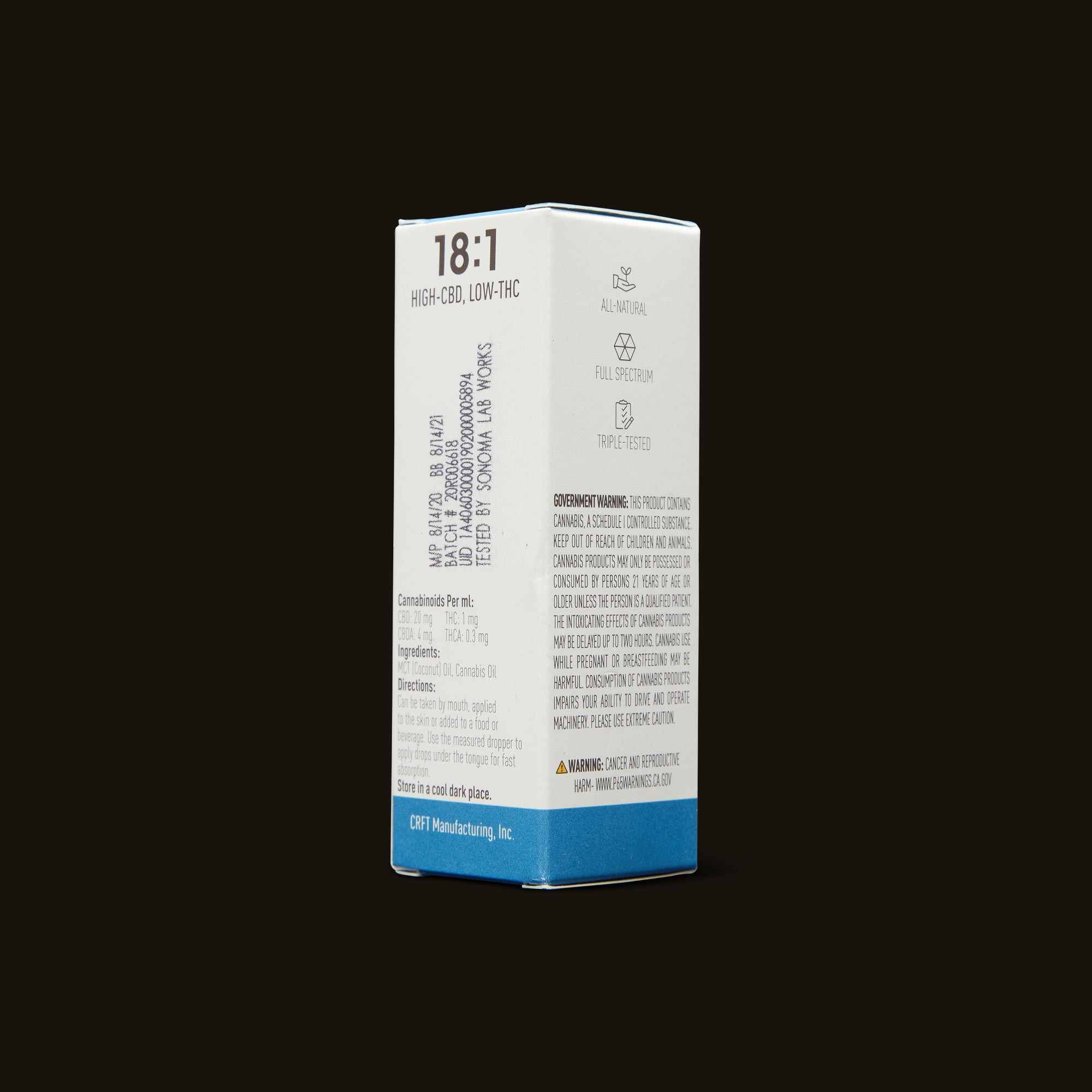 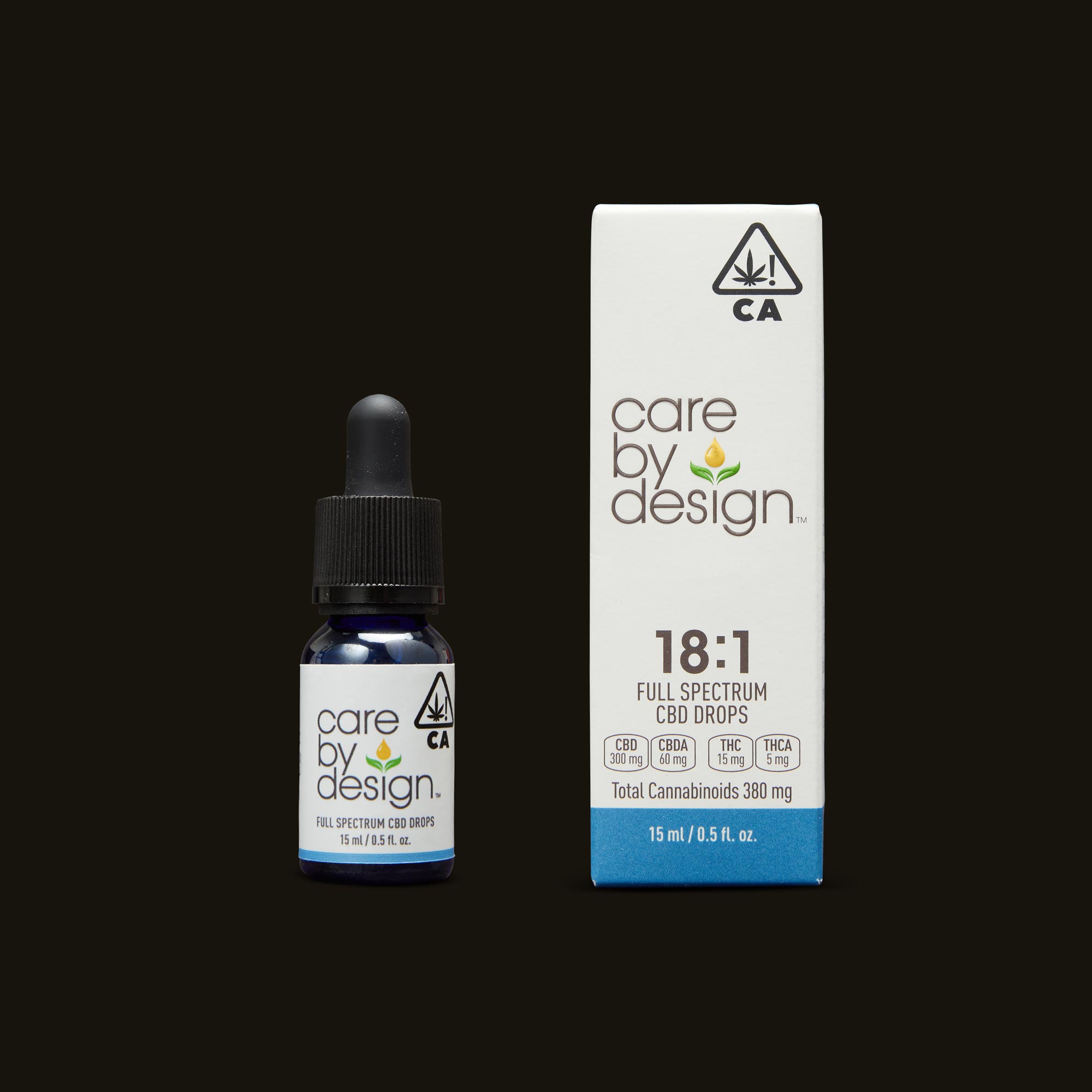 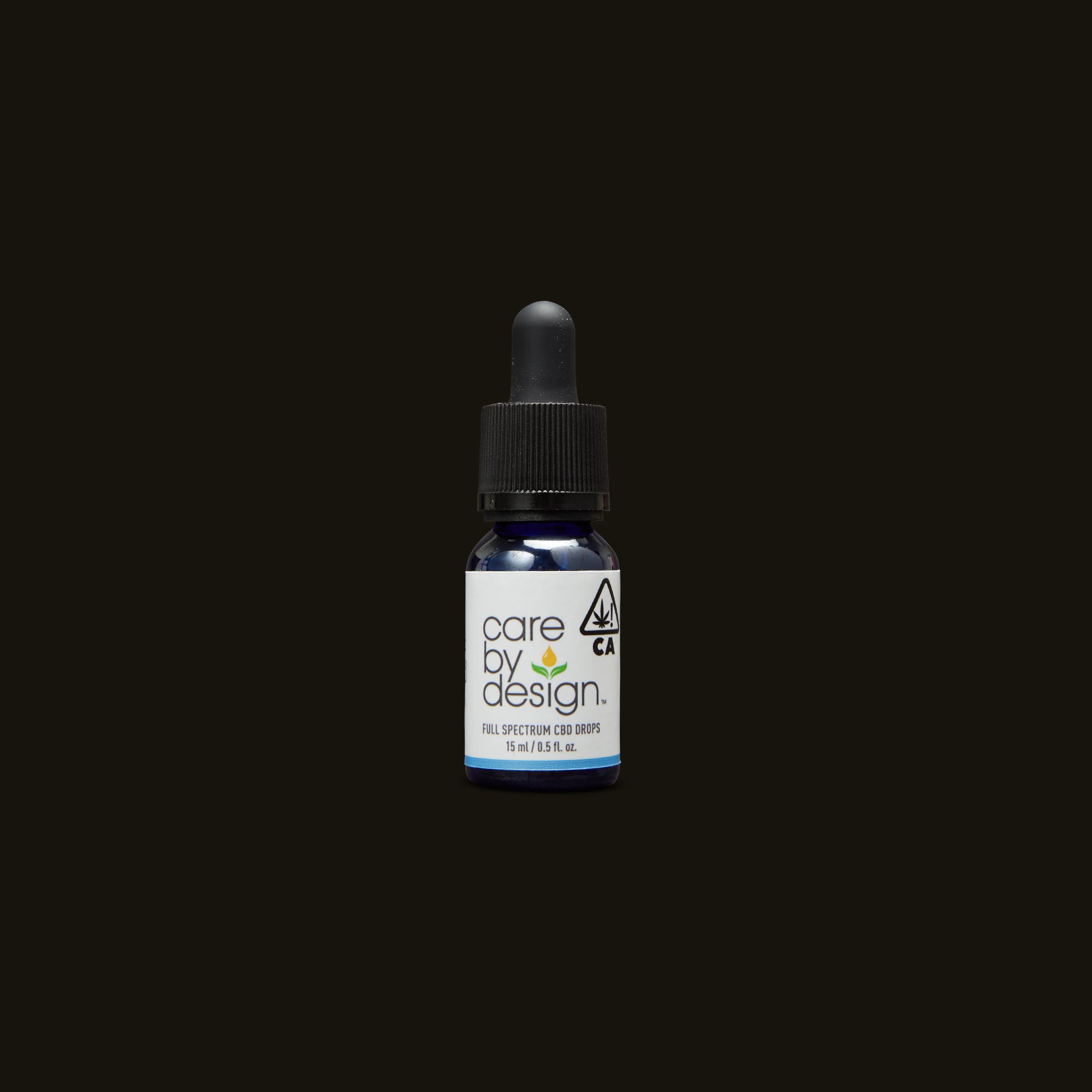 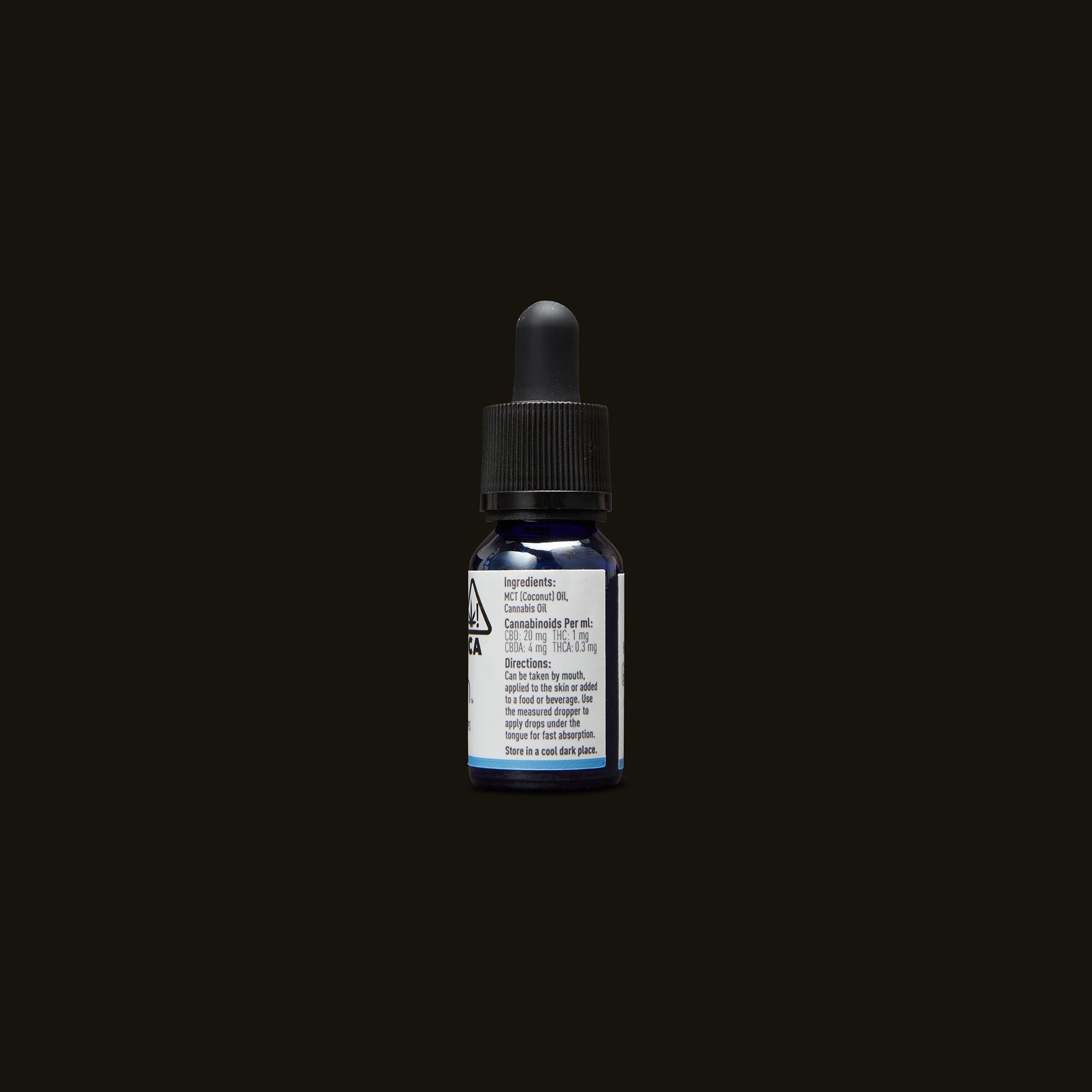 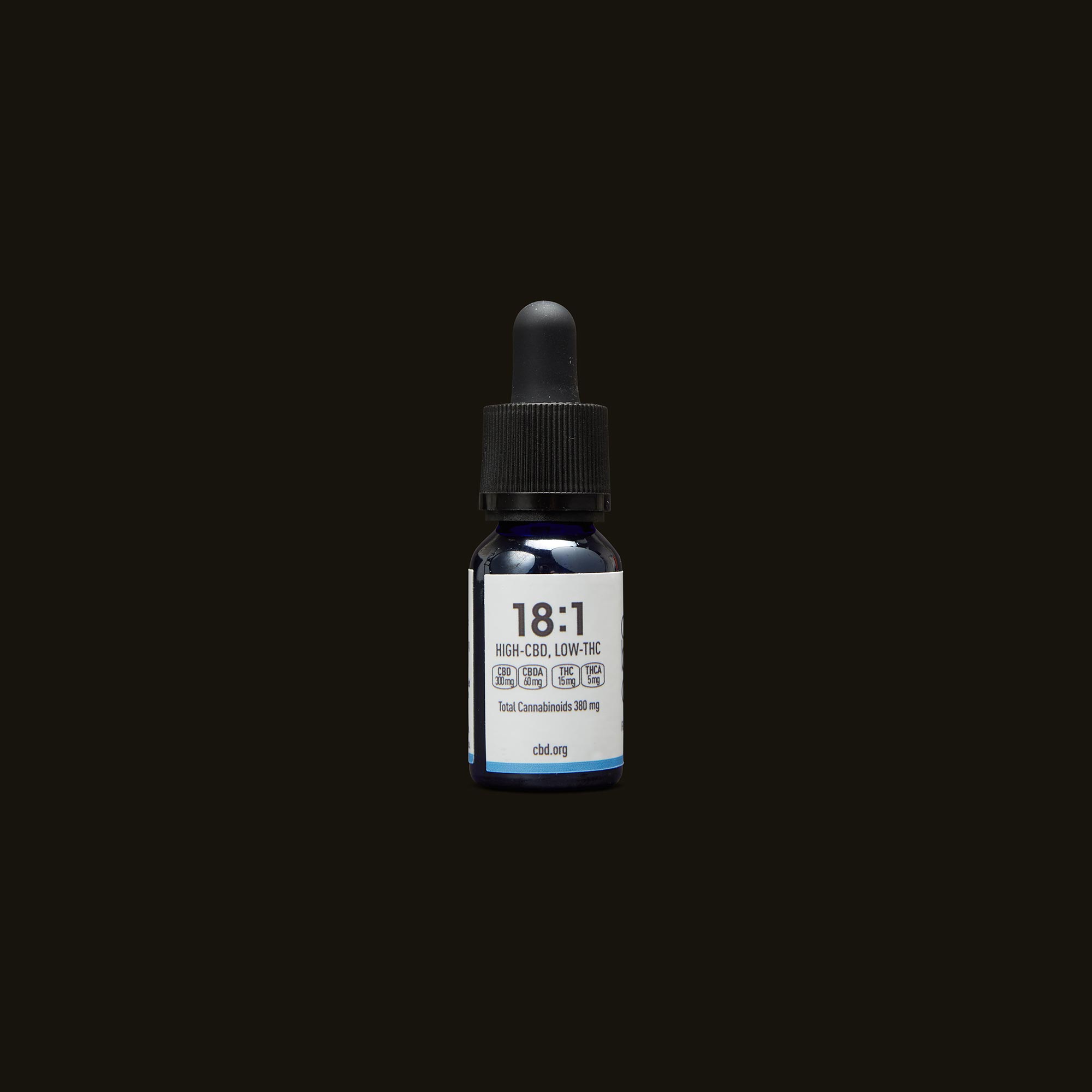 As our committee rates 18:1 Full Spectrum CBD Drops - 0.5oz, we capture their experience in real time through our ratings app and report everything back here.

Ranked 32 of 107 in Sublinguals for feeling Relaxed.

My brain fog is lifting. I feel like I can finally get up off this couch and do something with my life!

Clear Your Brain Fog and Backlog with Care by Design

IN REVIEW: Seeking to enhance your focus? Don’t pass over this CBD + THC tincture with a penchant for powering through, though be mindful of some ingestion trouble and a lack of powerful flavor. The gentle, CBD heavy ratio makes this product a great starting point for anyone new to cannabis.

Running more than six miles in the middle of the first hot L.A. day in a while didn’t exactly leave me feeling like a champion. When I got home, I wasn't in any place to conquer the rest of my workday. When you throw on top the malaise of a quarantined Covid-19 world, you have the perfect recipe for turning into a zombie for the remainder of the evening.

To be clear: I went running to pick up my weed.

So at 6:30 p.m., before I accomplished anything else, I decided to have a go at this 18:1 CBD to THC tincture by Care by Design. I figured if the evening’s most likely shot anyway, it couldn’t hurt to further explore CBD as the non-weed of weed. I hoped that it might provide my sore body some relief while elevating my mind to something a bit more functional. To use weed to get me out of the weeds so to speak.

To be honest, from my experiences in the past, I have not often found this to be the case concerning CBD. For me, strong weed is strong weed, period—especially when ingested. I’ve had CBD edibles knock me across the room, turning me into a sloppy, non-functioning floor potato more times than I can count.

It was officially time to check out this potion of coconut and weed oils. I opened the bottle, hoping for a tantalizing scent of piña colada. Instead, I was mildly disappointed by its extremely mellow aroma. This killed any expectations I had in the way of flavor, but it proved me wrong as it was slightly tastier than I would have thought. It hit kind of like an unflavored drink powder. I could taste a hint of something minty, or chalky. For my fitness pros reading this, a question: have you ever mixed one of those supplements into your water, like a raw-creatine or BCAA powder? It’s like, “Alright, there’s something in this drink now, I swear! Is it good? Is it bad? I’m not sure.” I hate to say it, but this aftertaste is decidedly on the bad side. It’s not terrible, but not something I’d choose to revisit for no good reason. Luckily, when the effects started to kick in, I found that reason.

Since a 1 ml dose of this beauty promises to deliver 18 mg of CBD, I figured I didn’t need the whole dropper. I’m a, “5 mg makes me feel like I’m rolling,” kind of gal, so I just filled it up about a third of the way and squeezed it under my tongue. Math!

I thought, “This promised ‘relief’ feeling better be good.” Then it hit me pretty much right away. My brain fog started to fade, and my body felt normal again. It was 7 p.m., could I salvage the evening?

I wasn’t quite relieved yet, but a sense of ease had started to wash over me. For the first time in hours, I felt like I could leave the couch. The words on my computer screen looked sharper, their symbols starting to again look like letters instead of hieroglyphs. The medium-blue world outside my window appeared crisp and ready for sunset. I took all of this to be the effect of an enhanced level of focus. Nothing brought this feeling home like the agreeable nature with which I approached plucking my boyfriend’s back hairs.

“I was starring in my own kitchen musical about my resentment for doing dishes.”

Still, around 8 p.m., I took an extra little squeeze from the tincture, just in case my renewed vitality was more of a placebo effect. Success, I really started to feel the effects kicking in. My screen was alive and my room’s surrounding sounds took on a life of their own.

And all of a sudden—I started singing! In the matter of an hour, I went from malaise to musical, from deep in the doldrums to dancing to a set of them. If that’s not relief, I don’t know what is.

As I cooked dinner, I started to feel even more comfortable and creative as I riffed and made up my own songs and lyrics. I was starring in my own kitchen musical about my resentment for doing dishes. There’s also a unique assuredness to this strangeness. It’s not the usual goofiness I feel with a joint, which is usually accompanied by insecurity, acting like a total fool or second-guessing myself. It’s a collected and coherent mental exploration, erupting.

Just as quickly as this newfound, cannabis fueled confidence came, it began to fade. To be fair, I was gone for half of it, too far down my internet rabbit hole researching proper cardio heart rate zones. Further and further down the hole I went, until much like Alice, I dozed off without noticing how or when.

The next day, I opted for an indoor workout. There’s not too much structure here in Quarantine Land, so any penchant for athleticism seems as bewildering as anything else at the moment. As it turned out, the ab routine my friend sent us was more like torture porn. I somehow made it through my scheduled hour and a half of the aptly named, "Killer Abs," followed by, "Killer Arms and Chest." I didn’t feel quite as wiped out as I did from my previous run. Still, I was falling asleep in my work chair by 4 p.m., so when I ingested the tincture for my second go-around, I was hoping for a CBD miracle.

This time, the intake was a bit more problematic. Almost immediately, my throat felt itchy and clogged. Allergies? Coronavirus? My anxiety was pinging, but after a few minutes my throat funk cleared and a welcomed sense of relief began to make its way back into my body. Again, it hit me quickly and pleasantly, sharpening my senses and making me more alert.

“My body aches had again faded into the background while the words on my screen went into hyperdrive.”

I ended up playing virtual Scrabble with my family. I was a little slow to process my moves, but I was more than up for the mental engagement. I won the second round with the highest Scrabble score I think I’ve ever had. After the game, when my dad wanted to talk with me about the fun topic of Universal Indexed Life Insurance, I found myself surprisingly up for the challenge. I was a little slow with my responses, and a few of them may have overlapped now and then, but I was processing most of the humdrum like a sober pro.

My body aches had again faded into the background, while the words on my screen went into hyperdrive. Later in the evening, I felt full and hadn’t even eaten. It was as if the little pipette’s liquid turned into an entire pasta dinner in my stomach like some futuristic NASA-created astronaut food. Time flew by. It was like the tincture gave you a second wind and you just went for it without concern for normal parameters. Just like the first time, I was coming down by the second hour, and by hour four I was left wondering if I was still buzzed. I had tunneled, in a sense, though it wasn’t a foggy tunnel. I’d gone about socializing, making dinner, and completing chores all the while seeing straight out the other end: light, lucid, and incredibly focused.

In hour five, the letters on the computer screen still buzzed at me, sharp as stingers. I won’t quite say I felt uplifted, or even mindful. I felt, in many respects, just as much a floater on this 18:1 tincture as I was throughout my day before it. There is, however, an enhancement. I can’t pinpoint exactly how or where, but it does feel like an overall step up from my previous mood.

Throughout it all, I felt pleasant enough to speak to my parents and boyfriend, share my thoughts, hum, sing, and be silly. This was my force field against common insecurities. I could do nearly anything and know that I hadn’t overstepped or acted like a groggy goon. If anything bad came out of this experience, it was just that I ran too many miles in the hot sun. Grab this tincture when you’re in a funk and let the light high lift you out of your brain fog.

Be the first to review 18:1 Full Spectrum CBD Drops - 0.5oz from Care By Design and help others find their high.