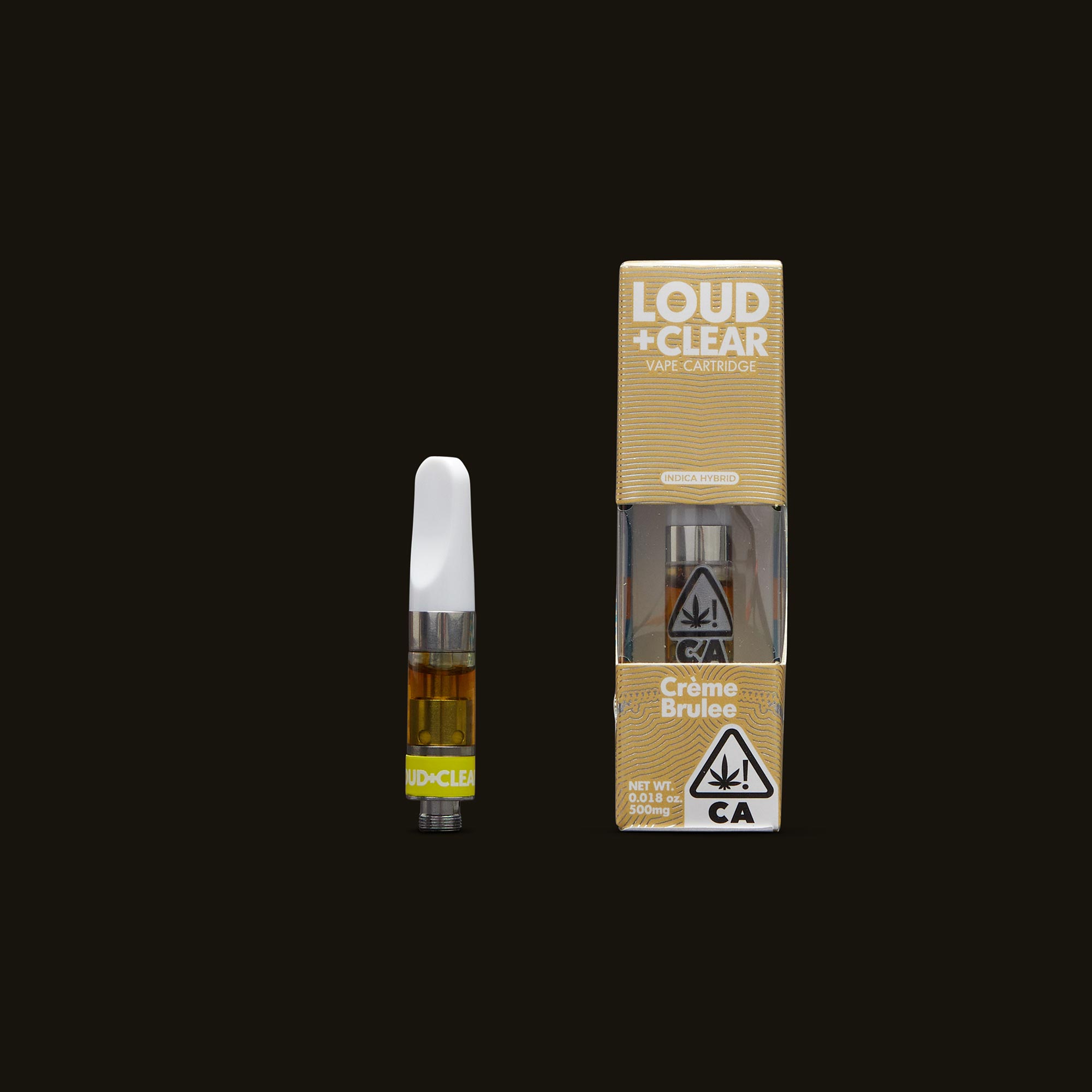 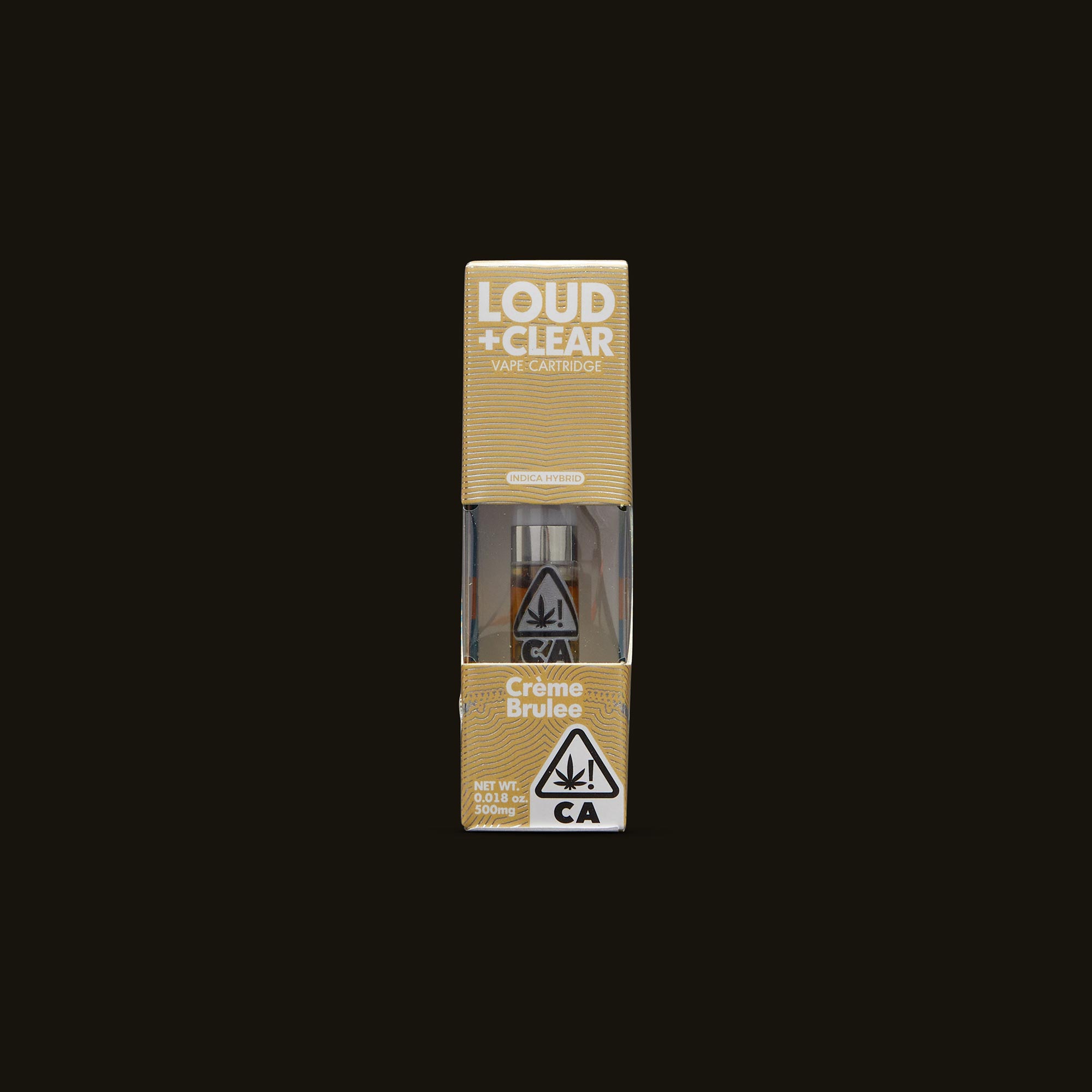 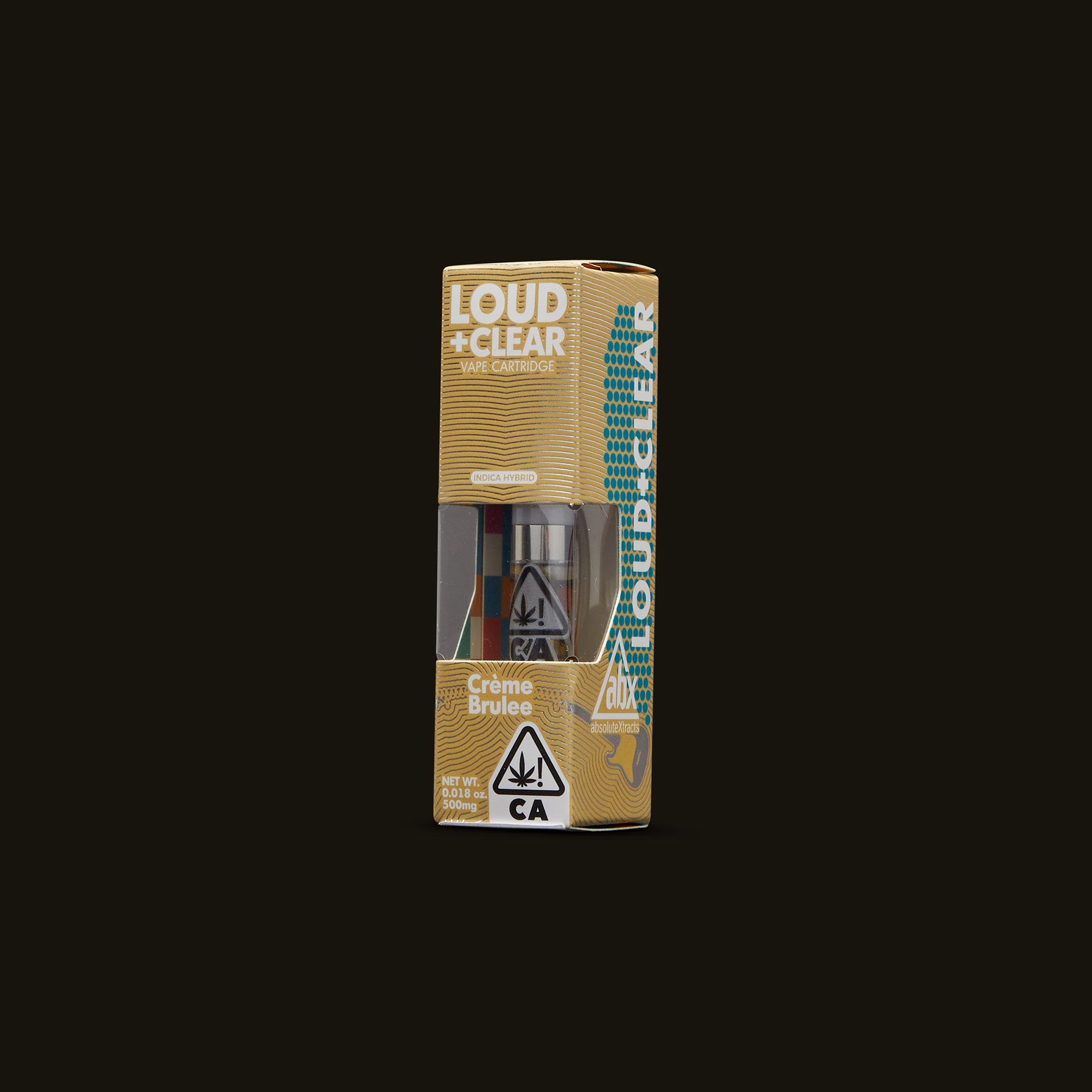 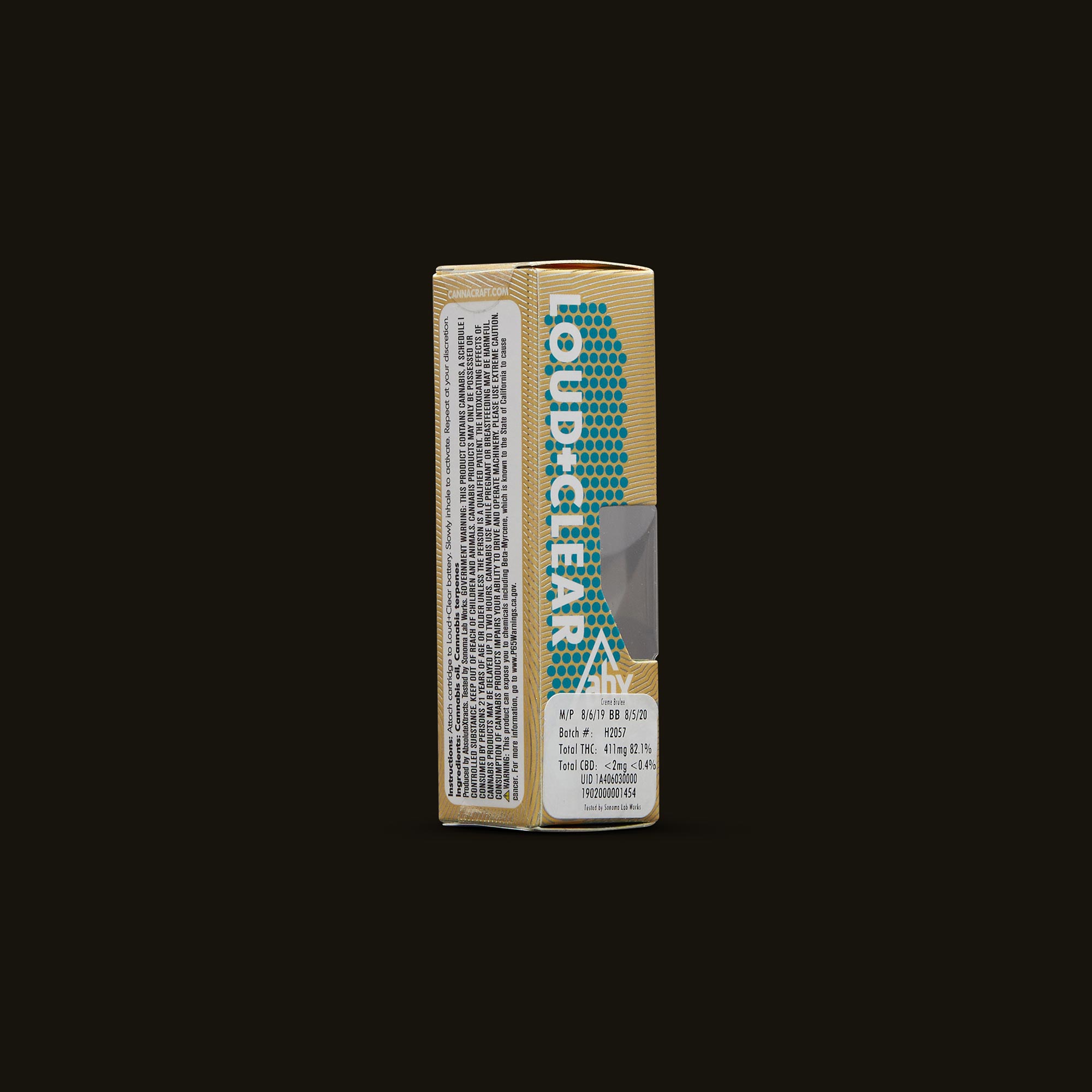 As our committee rates Creme Brulee by Loud + Clear , we capture their experience in real time through our ratings app and report everything back here.

Just as the name suggests, crack this open for a smooth, dessert-like sauce.

IN REVIEW: This cart offers flavors that’ll satiate a sweet tooth, and effects that’ll satisfy almost anyone. Expect stoney vibes and a pretty chill level of relaxation to slowly build until you easily fall asleep. The THC percentage is fairly high, but the effects are approachable, making this a solid option for those new to vaping. This will calm you down, free your mind and make you amiable to things you once found annoying, so keep it around to hit on life’s harder days then you need to keep your cool.

The Crème Brulee cartridge by AbsoluteXtracts is a true to taste vape that would make any boulangerie owner or cannaseur proud. This is an 82.1% THC containing cannabis oil with a full-bodied vanilla taste that makes for repeated vaping.

I experienced a relaxing and mostly euphoric affair with only mild moments of dryness in my eyes and mouth. It coincided nicely with my wife baking a large chocolate cake for no other reason than wanting to see how it would turn out. As I ate a large helping, I also contemplated what it would be like with the Crème Brulee vape. I soon found myself in a world of all-encompassing sweetness, not unlike that of Willy Wonka’s Chocolate Factory. In fact, I must have looked like some deranged middle-aged Augustus Gloop as I puffed away on the pen in my boxer shorts, all while having a large piece of cake hanging off my beard. In front of me was a bakery bought cake holder and a bag of confectioner’s sugar. When my wife looked at me she simply whispered, “You are a child.”

“This was just the sort of high that made me want to go outside and stargaze for a bit, and now I was being punished for it. ”

This child proceeded to put on some pants and go out to the street to check the mailbox. I vaped along the way because it was a nice night out. In fact, I’d bought a new app on my phone for just such a night, and just such a high. The app shows you all the constellations in the night sky. So there I was, holding my mail in one arm (mostly Bed, Bath, and Beyond coupons) and pointing my phone up towards the sky while fumbling to hold my vape pen. The app seemed really complex, and I had no idea what I was doing. I wasn’t even that high either. The AbsoluteXtract cart had essentially just put my entire body at ease. It left me open to explore or indulge without any restrictiveness placed on me. In this sense, it was a very freeing sort of high.

As I was trying to figure out where the hell Cassiopeia was, my annoying neighbor with the Saint Bernard crept up on me. I then had to explain this app, that I myself had no idea how to use, while high. Unfortunately for me, he’s one of these guys that’s super helpful to the point of not being helpful at all. So he took it upon himself to say, “Lemme see.” That “lemme see” turned into a half-hour of him workshopping all the features and giving me a real-time tutorial on something I was just halfheartedly tinkering with in the first place.

This was just the sort of high that made me want to go outside and stargaze for a bit, and now I was being punished for it. When I made up an excuse about having something on the stove he asked me what I was eating...and now I felt like I was in an episode of Three’s Company. Not really knowing what to say I muttered, “chicken” and backed away—like a hiker who’d just encountered a bear.

“This might be a good choice for places that require great patience—like the DMV or family reunions or golf.”

It was a testament to this cannabis oil that I remained as patient as I did, while still at least pretending to be interested. In that sense, this might be a good choice for places that require great patience—like the DMV or family reunions or golf.

By the time I got back from grabbing the mail, my wife was wondering if I’d smoked something stronger and lost my way home. I was going to explain to her how I was accosted by the St. Bernard owner, but a great wave of impending slumber was crashing against the barn doors of my brain. Together with the sugar bomb of chocolate cake, this Crème Brulee cannabis oil had firmly put me aboard the Sleepy Train Express.

I floated to my bedroom where it took little time for me to go to sleep. The entire high had gone from a calming sense of euphoria to a deep and restful state. It was an overall great way to unwind and liberate my mind. This crème brulee is what the French call “magnifique.”

Be the first to review Creme Brulee by Loud + Clear from AbsoluteXtracts and help others find their high.