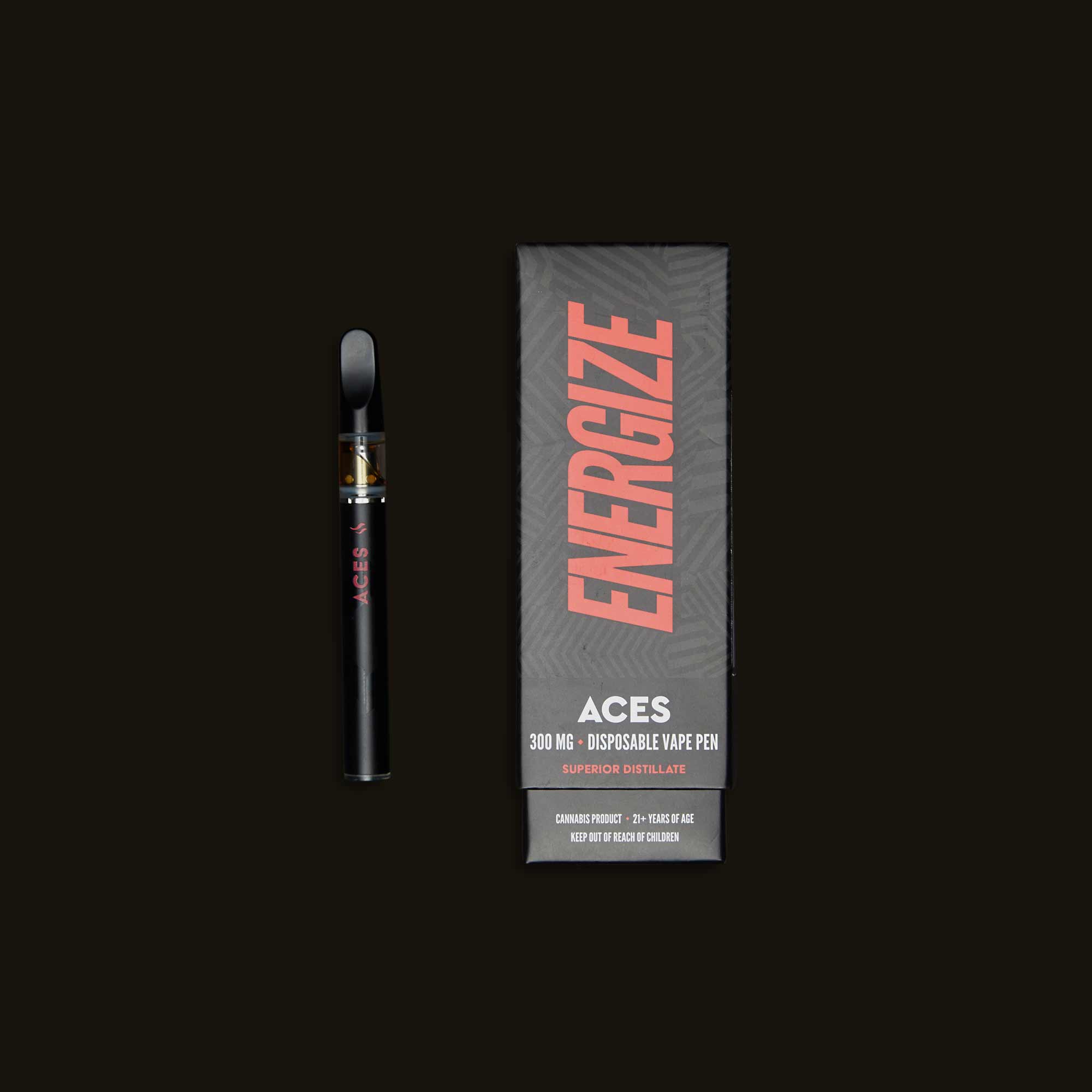 Aces Extracts' Energize Disposable is a flowery all-in-one that tends to stimulate focus and relaxation. The head high is often twice the strength of the mild body buzz, which will fade peacefully and gradually. The initial onset can motivate a few errands or some work, while the second half of the high is more relaxed and should be spent taking a nap in the sun.

Ranked 80 of 103 in Vape Pens for feeling Focused. 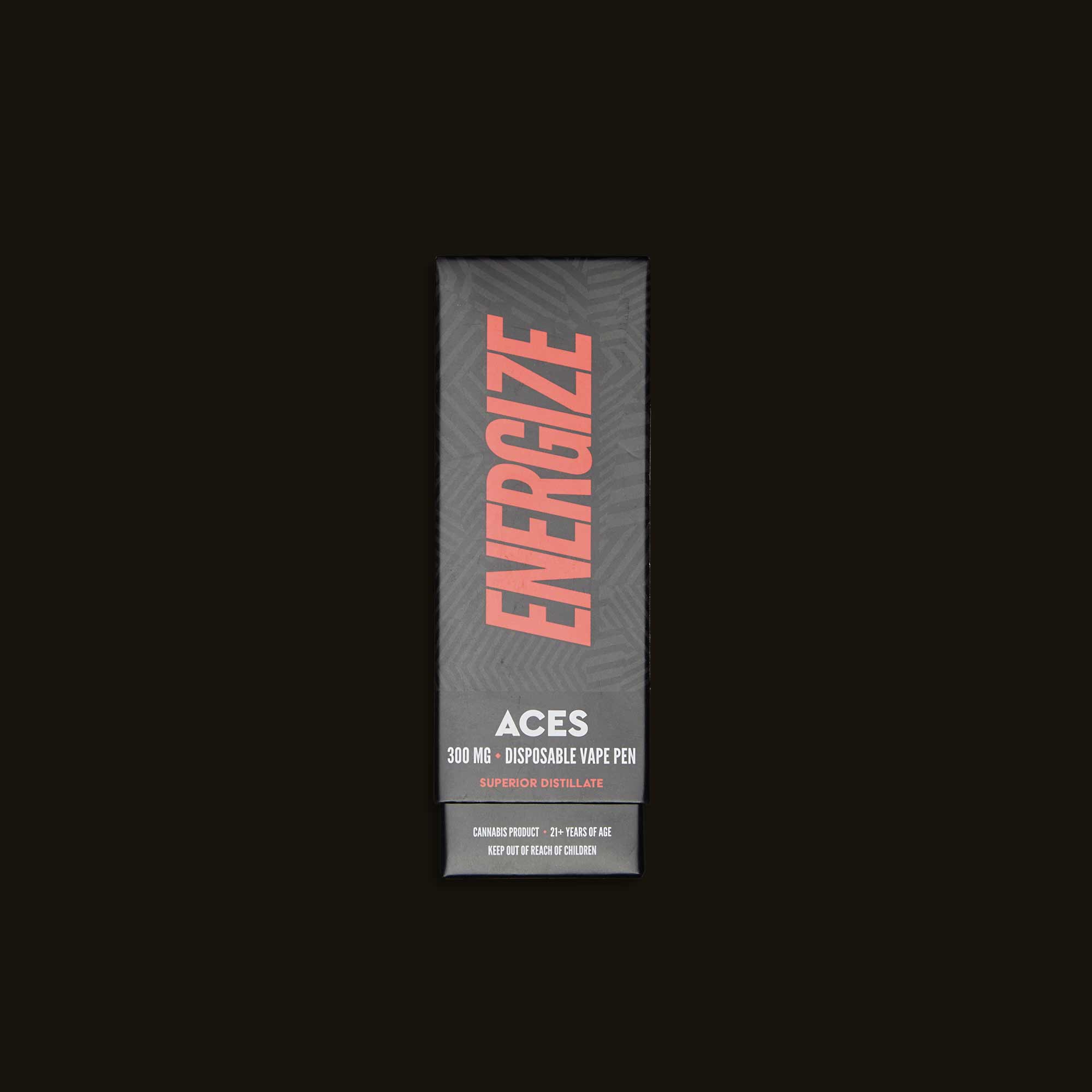 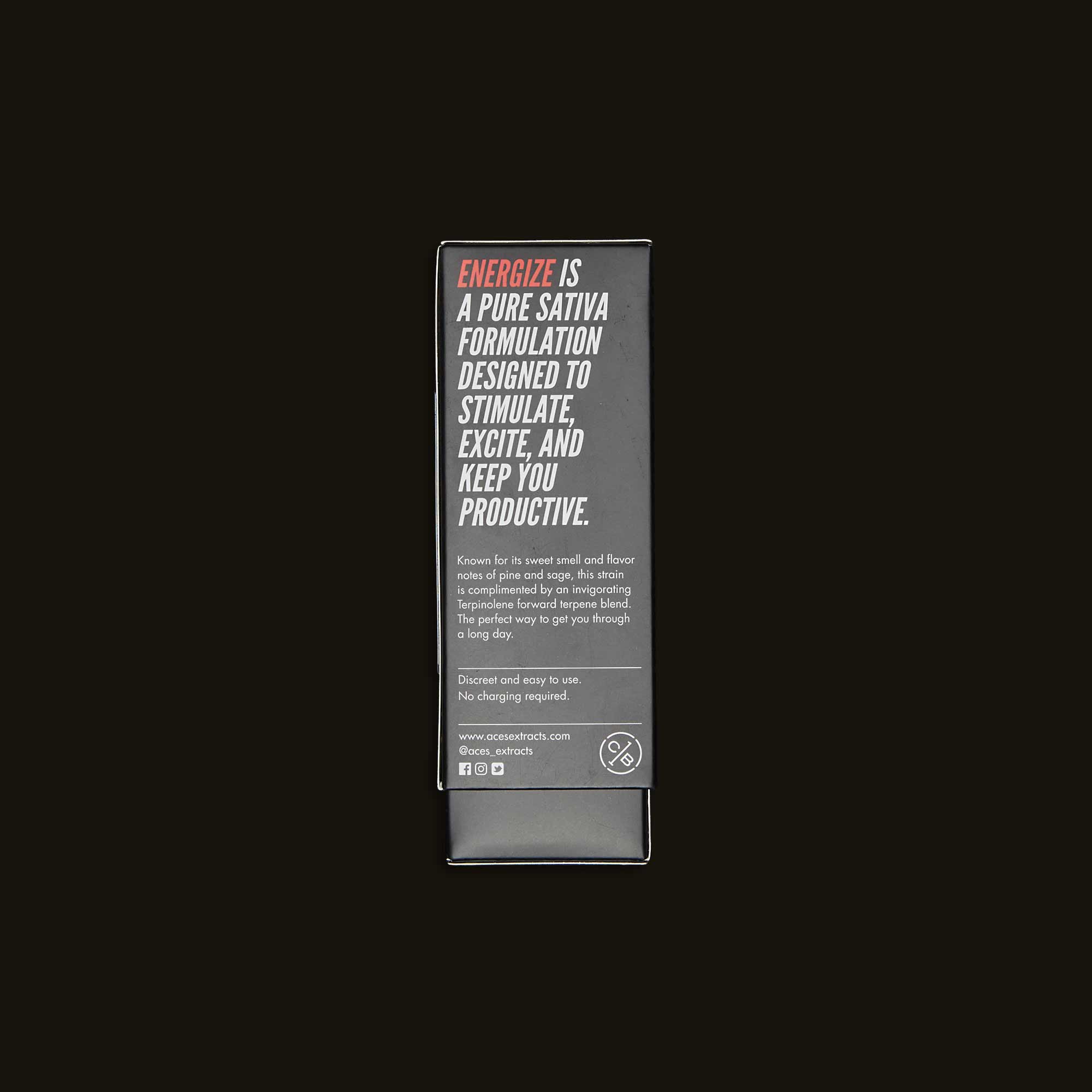 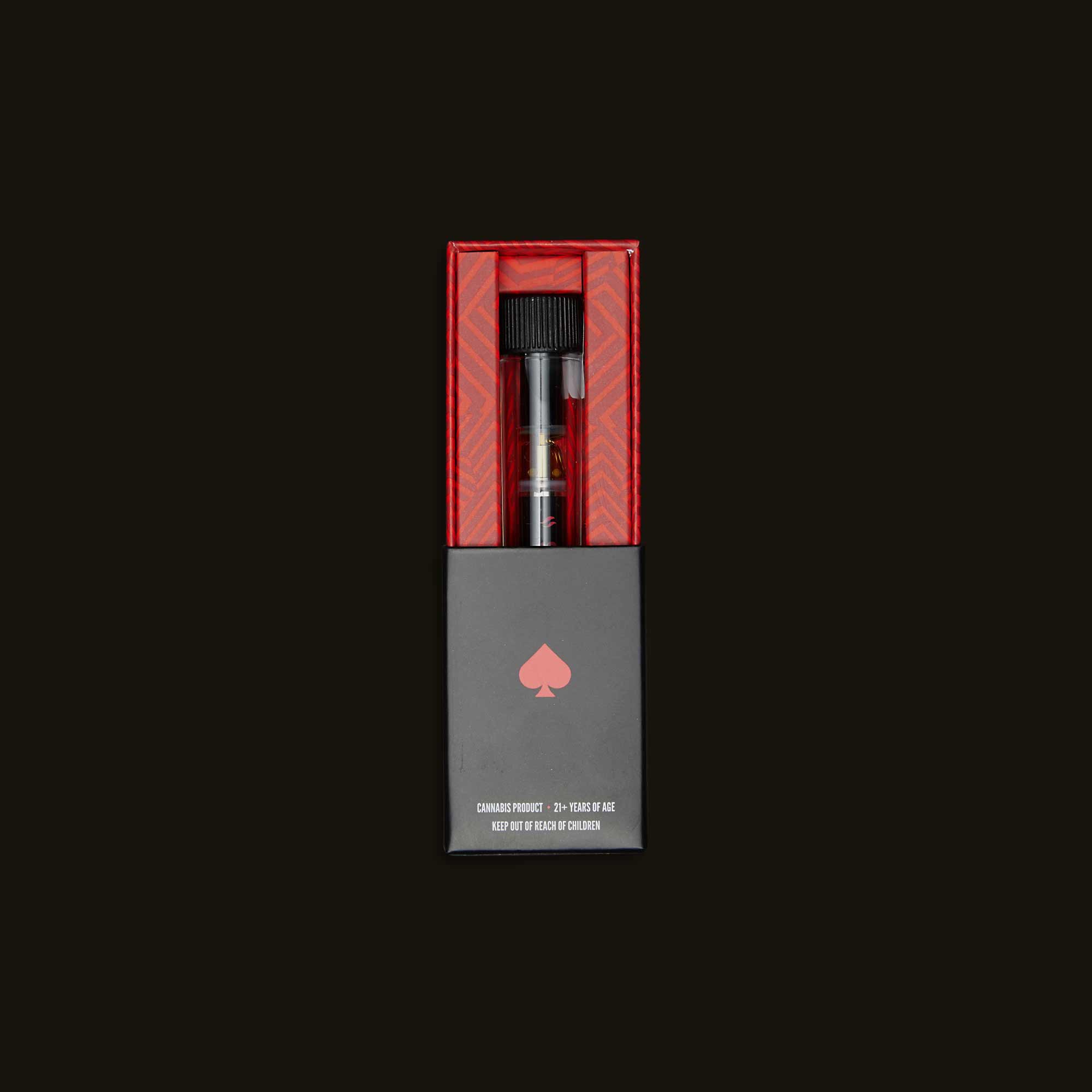 As our committee rates Energize Disposable, we capture their experience in real time through our ratings app and report everything back here.

Ranked 80 of 103 in Vape Pens for feeling Focused.

Two pulls of the vape uplifted me. Twelve sent me into a paranoid, mid-hike death spiral.

The first time I tried Aces’ Energize disposable vape pen, I was at a Japanese Breakfast concert in too-tight thrift store mom jeans and a banana print Hawaiian shirt. Sure, the look was on point, but that didn’t help the fact these jeans had no give and forced me to stretch out in my seat like a human two-by-four. Add to that the cold weather, a cheeseburger stomach ache, premenstrual angst, and a strong desire to do nothing but sleep, and I had everything I needed to be in a no good, very bad mood. I know most people need just a couple beers and a positive attitude to rally for a highly anticipated concert, but that wasn’t going to cut it for me. Beers make me sleepy and getting through my period without strangling anyone is a feat in itself. No, I needed something stronger, something that would uplift my mood and uplift it fast. I reached for the nearest vape that would fit in my pocket and I’m glad I did.

“I felt noticeably uplifted, like I’d stepped out of a stuffy office building and into a late-autumn breeze.”

If you haven’t heard of Aces Extracts, they specialize in producing high-quality, triple-filtered concentrates. While you can buy their concentrates by the gram, I’m a glutton for convenience and therefore tend to prefer their disposable vape pens and cartridges. Such was the reason I grabbed their Energize pen, which contains a sativa extract designed to deliver—you guessed it—energy. With a THC potency of 78.94%, it was sure to deliver something, but my many failed experiments with sativa strains left me hesitant. Despite being billed as the espressos of cannabis, sativa strains can just as often leave me feeling a bit paranoid and strung out when overdone. With this caveat in mind, I took only a couple pulls to start before taking more.

Right away I picked up the smell of pine, which indicated pinene had to be present, a known for enhancing focus. The draw was fairly smooth and flavorful, although the aftertaste left something to be desired. After only one or two long pulls, I couldn’t seem to shake the taste of burnt hay—not ideal for most circumstances, least of all a dinner-and-a-show kind of night. But the pen’s ease of use and quick onset of effects made up for the wonky aftertaste business. About 15 minutes after my first pull, I felt noticeably uplifted, like I’d stepped out of a stuffy office building and into a late-autumn breeze. Despite having just polished off a cheeseburger and fries, I felt light and ever-so-slightly buzzed. With a clear head and soothed body, I sat back with a soda water and lime while my friends guzzled cocktails to get their energy up for a Tuesday night concert.

All through the night, I was able to focus on the band instead of my too-tight pants and need to be in bed by 11:30. Any time I felt my mood start to slip, I took another pull or two from the vape and continued to glide on my merry little way. The high was so pleasant and balanced, I thought I might try taking it on a hike—a trend in the cannabis community that had continually baffled me until now. Sure, I might be inclined to pass out under a tree with other weedy products, but this vape seemed perfectly suited for a leisurely Sunday hike in the Pacific Palisades. However, things took a slightly paranoid turn the second time around.

We should’ve known something was off when a disturbingly chipper hiker warned us at the entrance of the trail, “Watch your dog, lots of rattlesnakes today!” My girlfriend looked at my dog, then up at me, and said, “Is that an omen?” We’d been walking for a total of five minutes and I was already starting to feel the effects of the dozen vape pulls and subsequent coughing fit I had in the car ride over. I wanted to tell her I thought we might be walking toward our deaths, but instead I said, “Nah! I’m sure it’s fine!” What proceeded was an hour-long hike that felt like an eternity and several small, awkward run-ins that felt like signals of impending doom. Even though my limbs felt fine—soothed even!—my mind felt perched on the edge of self-destruction. Every person we ran into on the narrow trail seemed irritating and oblivious, zeroed in as I was on their fallible humanness. Also, my eyes felt small, which was weird.

Needless to say, it was not the ideal head high for a heavily trafficked walk in the woods. The combination of abundant sunlight, steep inclines, and slow people left me feeling uncharacteristically aggro. Maybe it was just my sativa paranoia talking, but I think I’d prefer to stick with water for taxing hikes and save this vape for a nap in the sun on a chilly, fall day. I could certainly see this energizing vape helping some people scale mountains, but for me personally, I’m going to stick to the rivers and lakes that I’m used to next time.