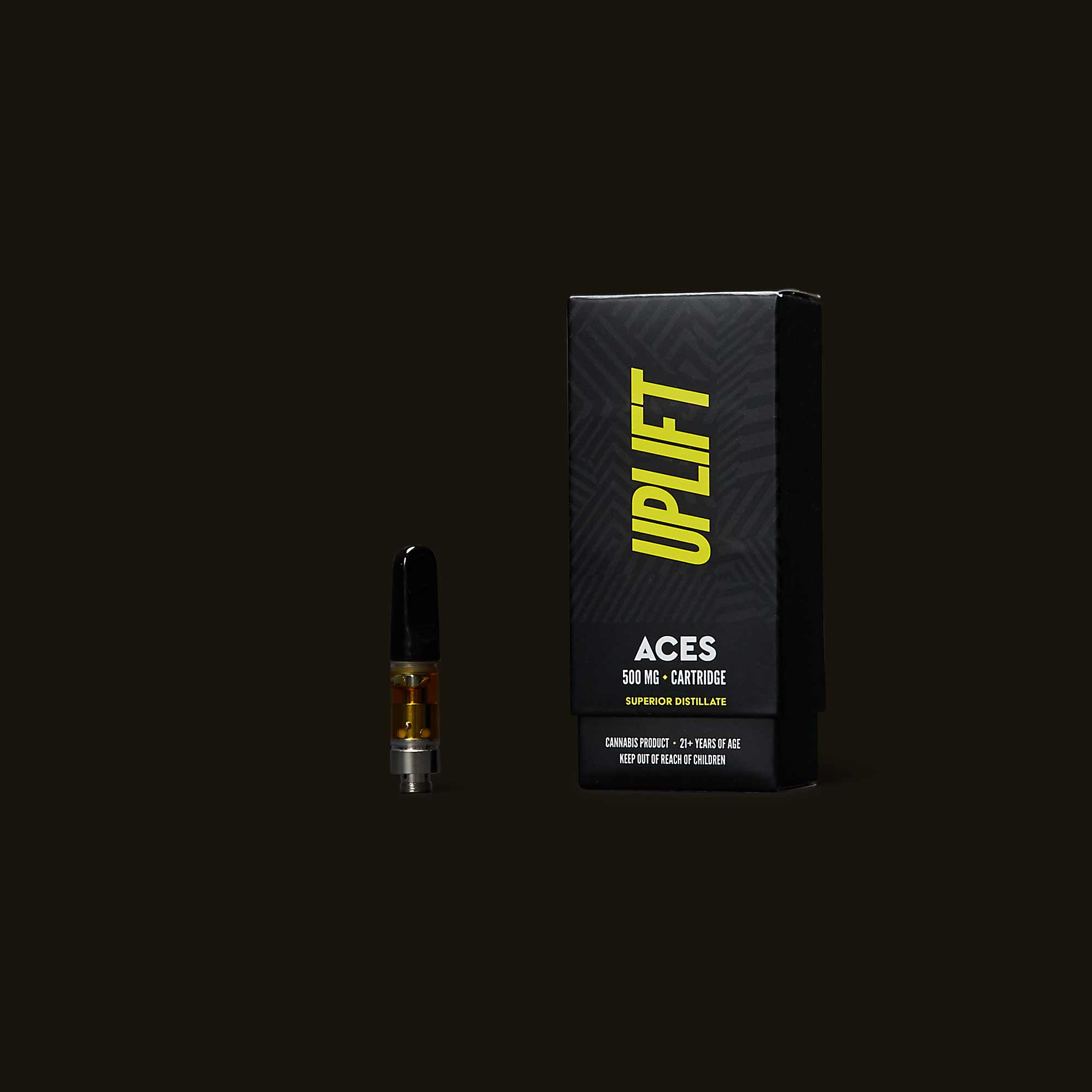 Aces Extracts' Uplift Cartridge is a lemony vape that typically inspires an entire house redecoration plan. The head high is uplifting and clearheaded, leaving you to focus on your plans while the mild body buzz soothes and relaxes you. Less is more. Too many hits will transform this functional high into a paranoid spiral. Don't worry, though, it fades pretty quickly.

Ranked 60 of 97 in Vape Pens for feeling Focused. 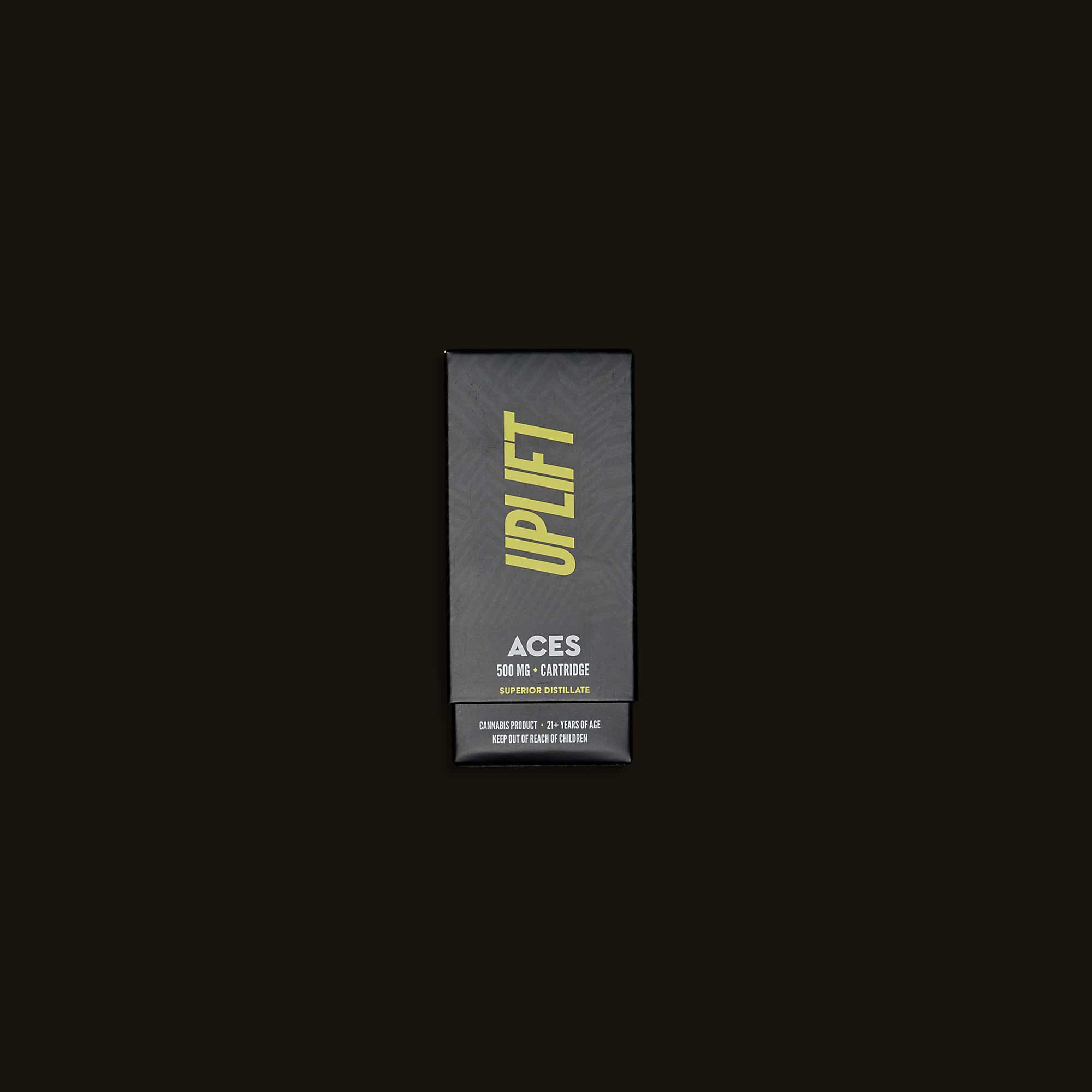 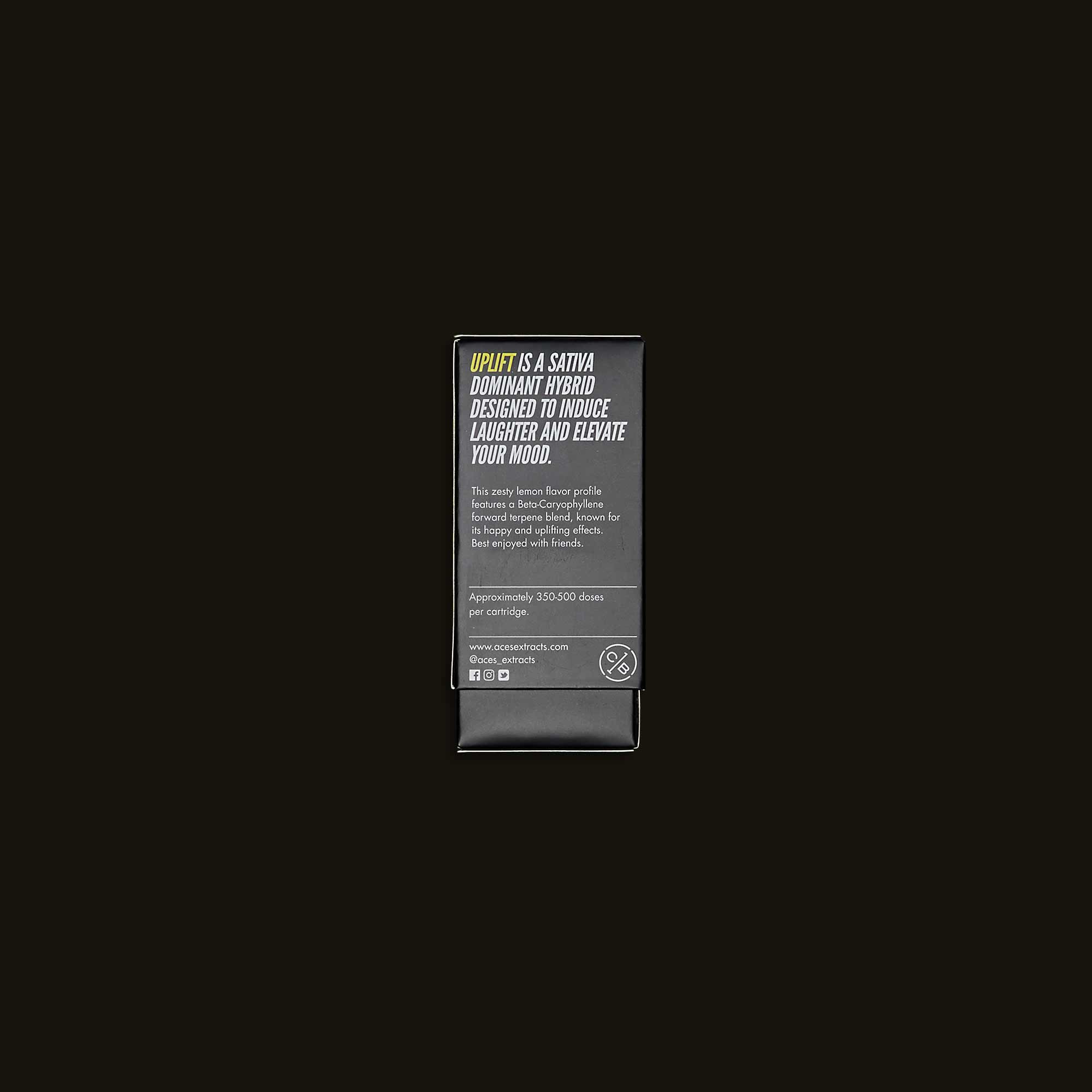 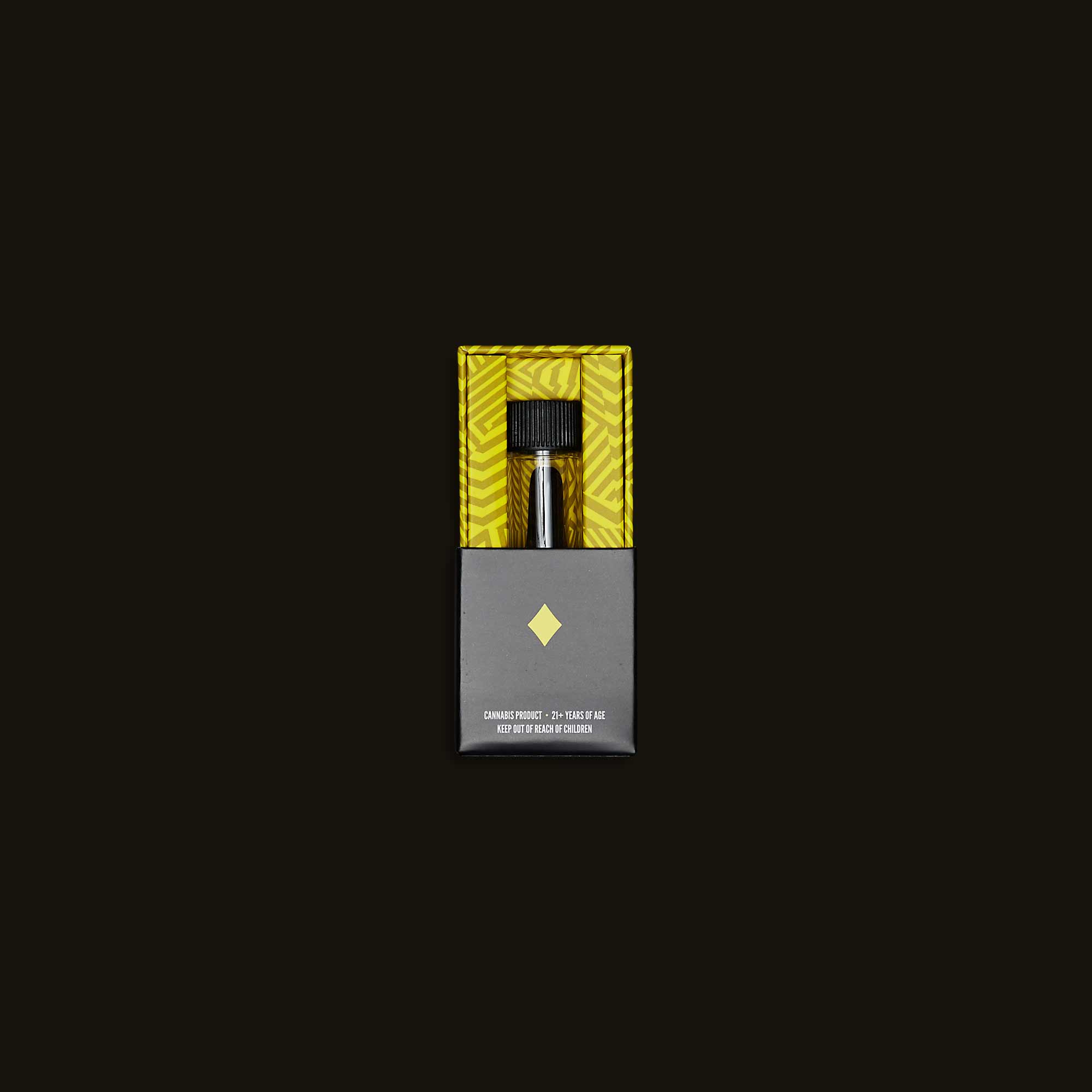 As our committee rates Uplift Cartridge, we capture their experience in real time through our ratings app and report everything back here.

Ranked 60 of 97 in Vape Pens for feeling Focused.

Uplift Yourself In Just A Few Hits

It’s right there in the name, kids.

In the Cannabis Wild West, it’s easy to get lost in the muddled syntax of strain names and vague descriptors. Which is why I appreciate the brands who market and name products based on their intended effect. Sure, I could be bitter that such clear names did not exist when I first started smoking weed; you’d take a hit and hope for the best, not knowing whether you’d drift off to sleep at a Rage Against the Machine concert or fall into a code red panic over forgetting how to blink at your grandmother’s birthday brunch. I could say things like, “You kids have it so easy today,” because the truth is you really do. That ease is partly due to products like Aces Extracts’ Uplift Vape Cartridge, so show some respect.

“It’s good for a mood lift and hanging with friends.”

It’s right there in the name, kids: uplift. Which means it’s good for a mood lift and hanging with friends. It is not good, however, if you’re already feeling stressed and you go see a community college production of Pride and Prejudice and one of the actor’s wigs falls off in the middle of a curtsy. That will make you very anxious and—this is coming from personal experience—I do not recommend it. That said, uplifting vibes are good if you’re going to a small birthday hang at your friend’s house where you eat chips, decorate cupcakes, watch silly videos, and talk about the sex cult your old pal from New York recently joined. (It actually sounds sort of cool, but it is a cult so we shouldn’t, like, join it, right?)

Uplift is derived from Super Lemon Haze, which is a sativa-dominant hybrid that Aces Extracts says is “designed to induce laughter and elevate your mood.” In my experience, not many cartridges have an odor to them, but this one does have a slight lemony scent. The inhale is smooth and easy, and you can actually taste the lemon—we’re talking sweet lemons here, not sour. I detected a hint of mint as well. Overall, it’s like a lemon candy, if the lemon candy was also a vaporizer. I should say that I used the Uplift cartridge with my own 510-thread battery, not a battery sold by Aces Extracts. I should also say that their vape won First Place at the CA Cannabis Cup. I have no idea what that means, but it sure sounds impressive.

I like vapes because the high is manageable and doesn’t last too long—usually an hour or two tops. But I also tend to steer clear of many oil cartridges because I find that the high can feel synthetic and sometimes makes me headache-y. This one, however, did not make me feel that way, and I’m assuming that’s at least in part due to the cartridge’s non-toxic glass casing. Other vape brands use plastic instead even though heating up and inhaling plastic cannot be good for you. I don’t know why some companies still use it in their cartridges, but then again some companies market cancer sticks to kids, so there’s that.

“I was being even funnier and more charming than I normally am, which is pretty damn funny and charming.”

For my first go with Aces’ Uplift vape, I took three solid hits. Then I waited about 20 minutes and took two more. I felt great. My friends were having a little birthday get-together and the vape definitely lifted my mood. I was being even funnier and more charming than I normally am, which is pretty damn funny and charming. As I said before, this vape contains a sativa-dominant strain, so I feel like 4-8 pals was the sweet spot; any more and I would’ve been slightly overwhelmed. I situated myself between the chips and the taquitos for most of the evening. At the time, I imagined that I was politely munching on both intermittently, but now I’m quite certain I was shoveling both into my face hole like a manic college freshman whose parents didn’t spring for a meal plan.

When the host announced it was time to decorate our own cupcakes, I felt like someone had handed me the keys to Disneyland. Decorate my own cupcake?! Why don’t I do this all the time? This is the best day of my life! I examined the table full of colored sprinkles, frostings, tiny marshmallows, colored hearts, and more. I mentally mapped the intricate design I had in mind, but when my turn came, I literally just covered that puppy with anything chocolate I could get my hands on. Then I shoved the whole thing in my mouth. Don’t judge the artist, mkay.

I followed up that chocolate mess with a Ralph’s chocolate chip cookie because 1) I don’t discriminate, and 2) I want to make it clear to you that I very much had the munchies. You’ve been warned. Overall, the evening was a delight, and by the time I got home, the high had mostly worn off, allowing me to sleep and dream of a cupcake land where everyone rides cupcake cars to their cupcake offices to eat cupcakes all day before coming home to their cupcake partners.

I’d recommend this product to anyone who wants to amplify an already fun evening with friends, especially if your friends are as cool as mine. I could also see Aces’ Uplift cartridge doing some good for your creative side, whether your medium is writing, music, or, yes, cupcakes.