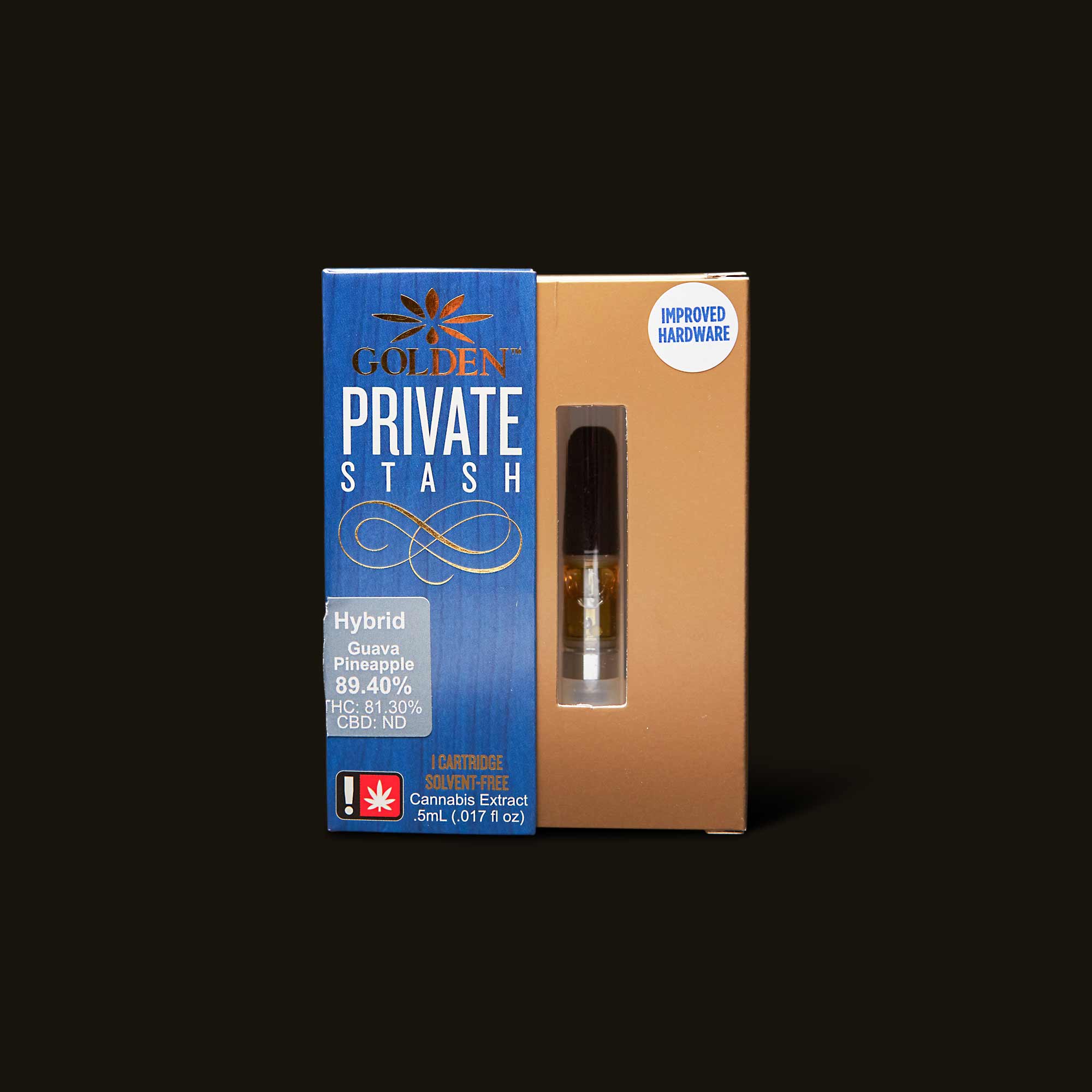 The Guava Pineapple Private Stash is a vape cartridge with a tropical flavor. The vapor is tasty but it can be rough on the throat. Once you're high, you should feel happy and jubilant, but it can make it hard to fall asleep so leave this for a morning kickstart. The body high might make you feel active. 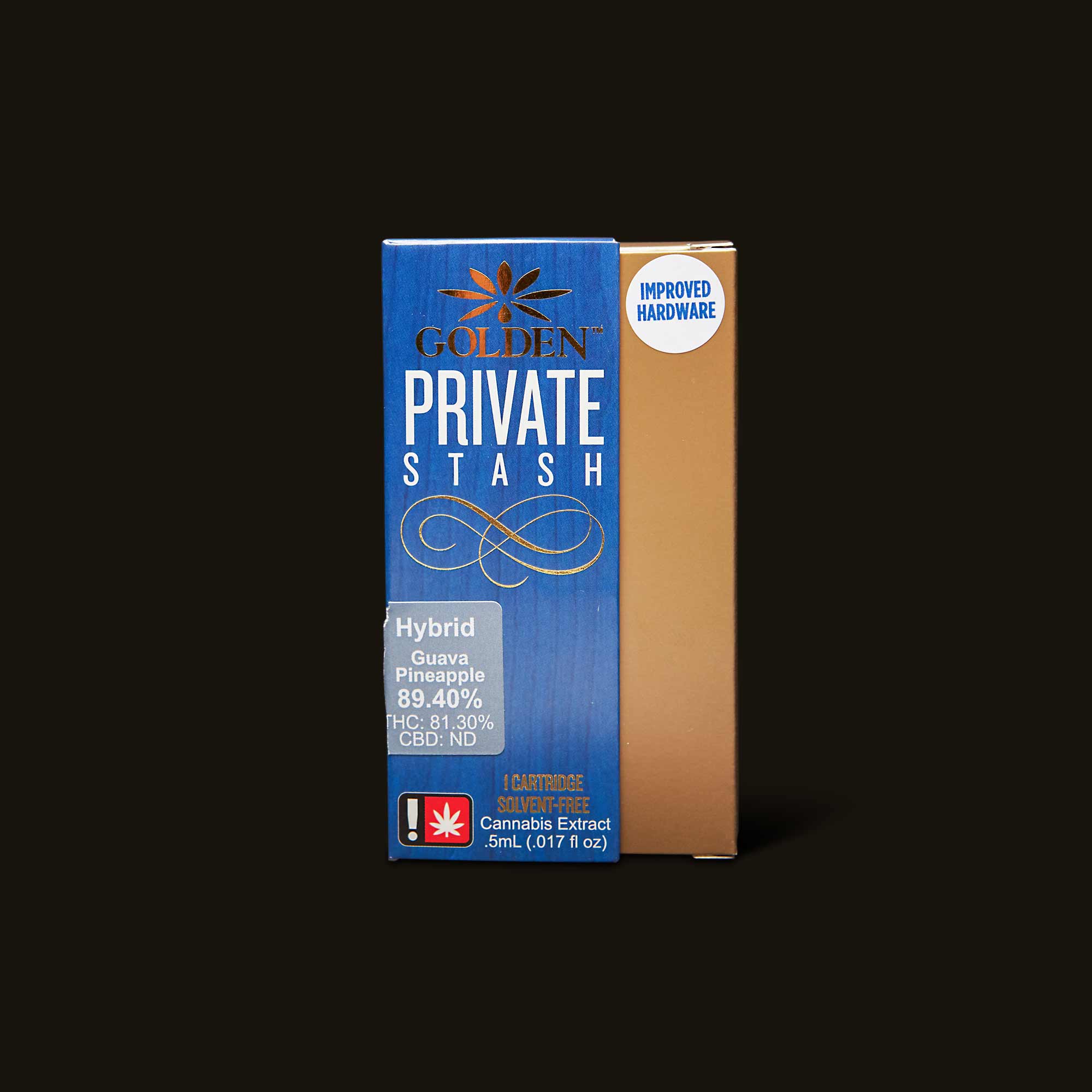 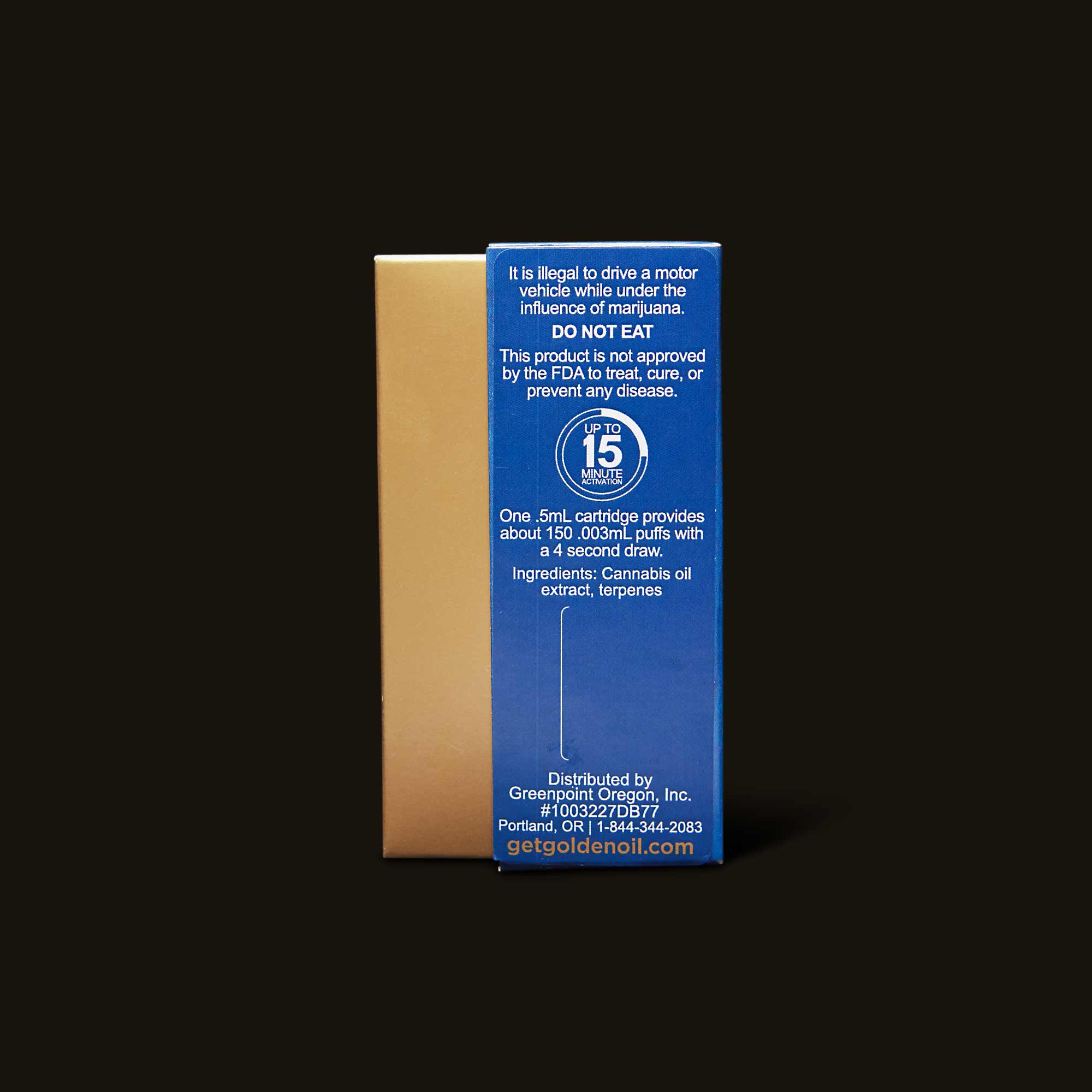 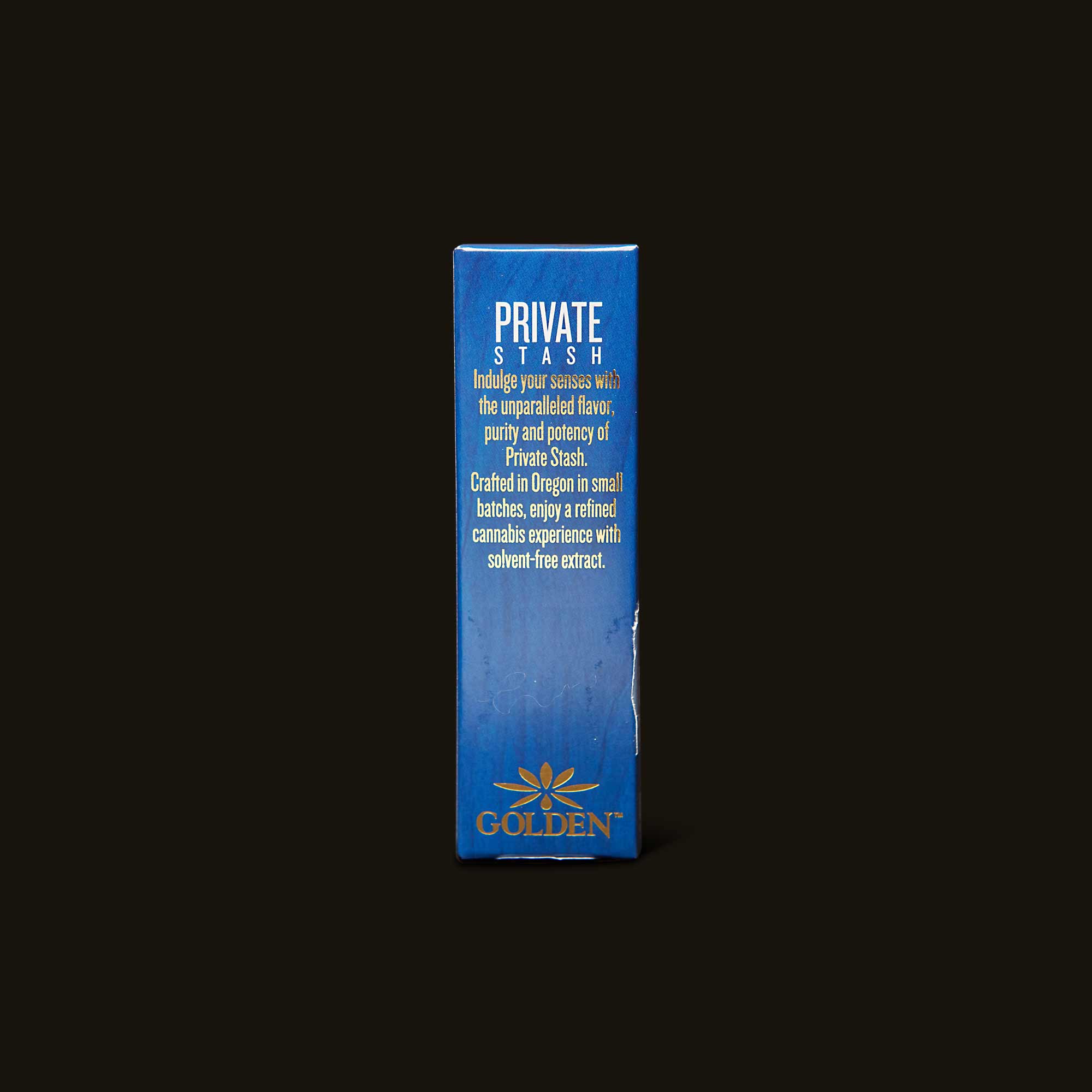 As our committee rates Guava Pineapple Private Stash, we capture their experience in real time through our ratings app and report everything back here.

Vaping My Way To Enlightenment

A quick walk around the neighborhood turned into a euphoric meditation with this balanced hybrid.

Golden XTRX's Private Stash cartridges contain top-shelf, small-batch extracts with THC percentages of 80% or higher. Everything from the glossy, players-club packaging to the exotic hybrid strains indicates you’re looking at a legitimately stoney adventure. Browsing all these steep THC percentages, I figured the Guava Pineapple cartridge would be powerfully intoxicating, but turned out to be far more complex than I'd expected. What I expected was a balance between a bubbly sativa body high and a starry-eyed indica stoniness. What I got was a high that unfolded like levels in a video game, each path unlocking another until I'd gone on a literal sentimental journey that left me sweaty, shaken, and giddily satisfied.

“What I got was a high that unfolded like levels in a video game.”

I used this Private Stash cartridge with my standard 510-thread Vuber Pilot Pen set to medium heat. The Guava Pineapple hybrid extract boasted a THC percentage of 89.4%, but I don't put too much stock in THC percentages these days. High numbers don't phase me; instead, it's all about cannabinoid balance. Some of the stoniest weed I've ever smoked had THC percentages in the mid-30s—but that's beside the point. Sometimes products with astronomical amounts of THC can be phenomenal, and sometimes they’re forgettable. Private Stash is firmly in the former camp. The cotton candy sweetness of the inhale is reminiscent of neither guava, nor pineapple, nor weed, but I'm not sure it's intended to taste like anything other than carnival booth cotton candy. It has the sweet, neutral exhale of countless other extracts. Meaning its flavor profile is discreet and likely at the cost of the herbaceous, velvety taste of the source flower. It's a loss, but one that's more than made up for with a sublime high.

The onset arrived with a zippy body buzz that demanded... something. I bounced through the house several times looking for something to fix, something to clean, something to do. I sat down to open some bills and was immediately overwhelmed, so I went back to bouncing. The body high was vibrating with potential, but the jittery undertone made it impossible to focus long enough to do any one thing. After several minutes spent bobbing around my house, the head high finally descended, smothering the jitters just enough for me to consider how to maximize all of this high-quality THC coursing through my system. I decided a meandering walk, picking ripe figs and apples from the curbside trees of our neighborhood was the right thing to do.

The walk began innocuously enough, but a mild afternoon of gawking at autumn leaves gradually became an introspective study on life's never-ending cycle of birth and destruction. I examined my place in the universe, on earth, in my city, in my family. It was deep and weird and 100% a product of the cognitive stimulation I'd unlocked with this moderate amount of physical activity. Once engaged, the physical distraction facilitated a powerfully contemplative and surprisingly joyful high. A neighborhood fruit walk became a full-blown meditation on the meaning of life. And coursing beneath all my thoughts were currents of pure joy, the kind of unfettered joy that comes from deliberate mindfulness. The perfume of autumn scenting the air, a glimpse of radiant golden leaves falling from above, a million tiny bursts of flavor from a mouthful of ripe fig—each moment was a simple, essential joy exacerbated and illuminated to dizzying effect by this concentrate.

“This would be a dynamite complement to a philosophical jog or an introspective gym visit.”

The perky body high carried me through block after block on elastic legs, allowing my mind to wander away from muscle fatigue or discomfort. This would be a dynamite complement to a philosophical jog or an introspective gym visit. As you can probably imagine, all of this plays very well in the daytime hours. But when I auditioned this extract around bedtime, instead of ushering me into dreamy relaxation mode, it jacked me back up with that bubblegum bouncy body high. I wanted to be annoyed but I couldn't. The high was still so friggin’ joyful. Even as exhausted as I was, there was this silver lining of creativity that led me through some truly weird and wonderful sketchbook additions, and when my head finally hit the pillow a couple of hours later, I was singularly content.

Golden XTRX’s Guava Pineapple cartridge may take you on a journey of the mind or it may bounce you straight into some rhythmic, meditative exercising. But if you’re as lucky as I was, it will do both, and you’ll emerge with notable serenity and a sexy endorphin glow.