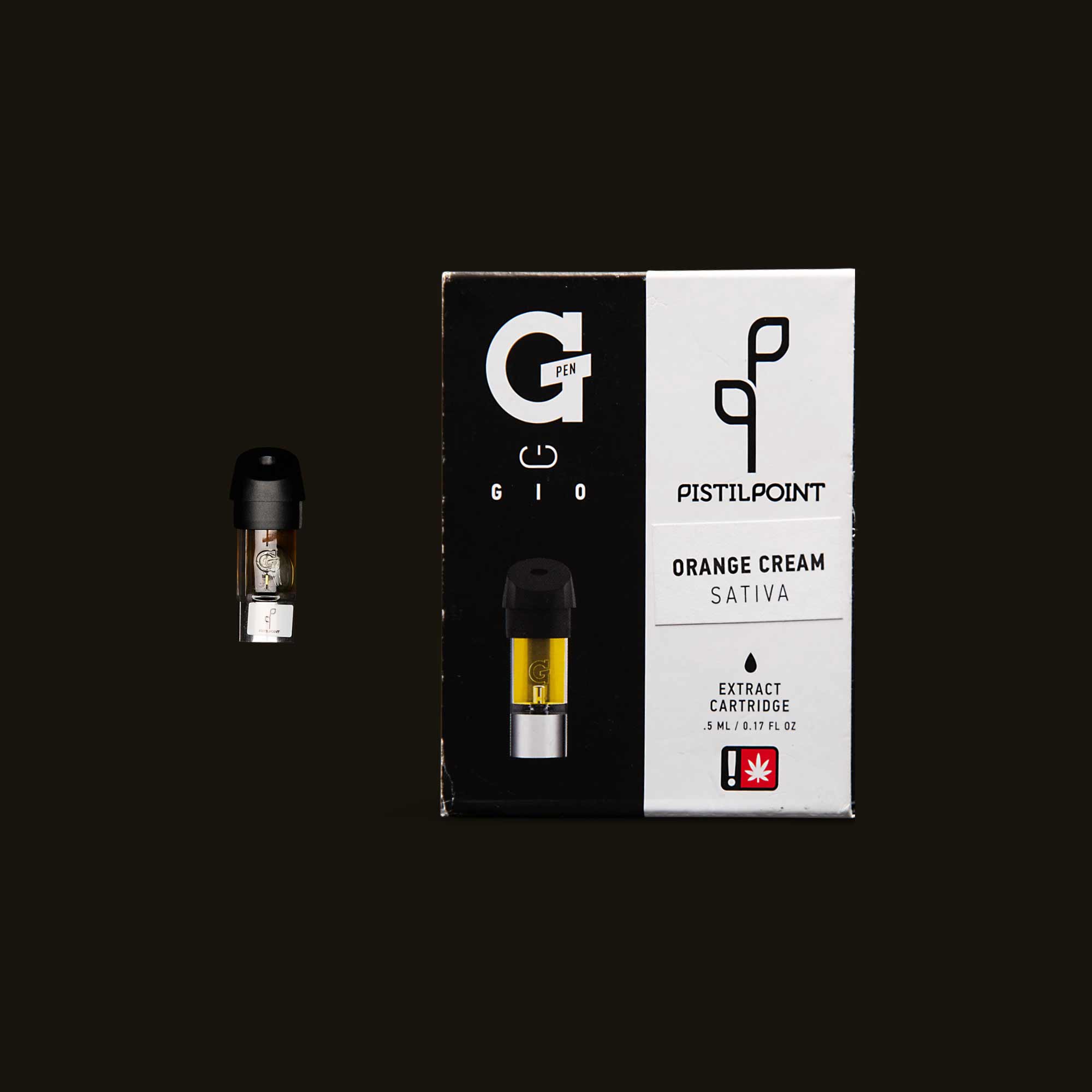 Pistil Point's Orange Cream Gio Pod is loaded with a creamsicle-flavored sativa concentrate. It should result in a balanced high that's both euphoric and soothing. Give this a shot if you're trying to be mindful. It's good for deep breathing, but the flavor and texture leave room to improve. 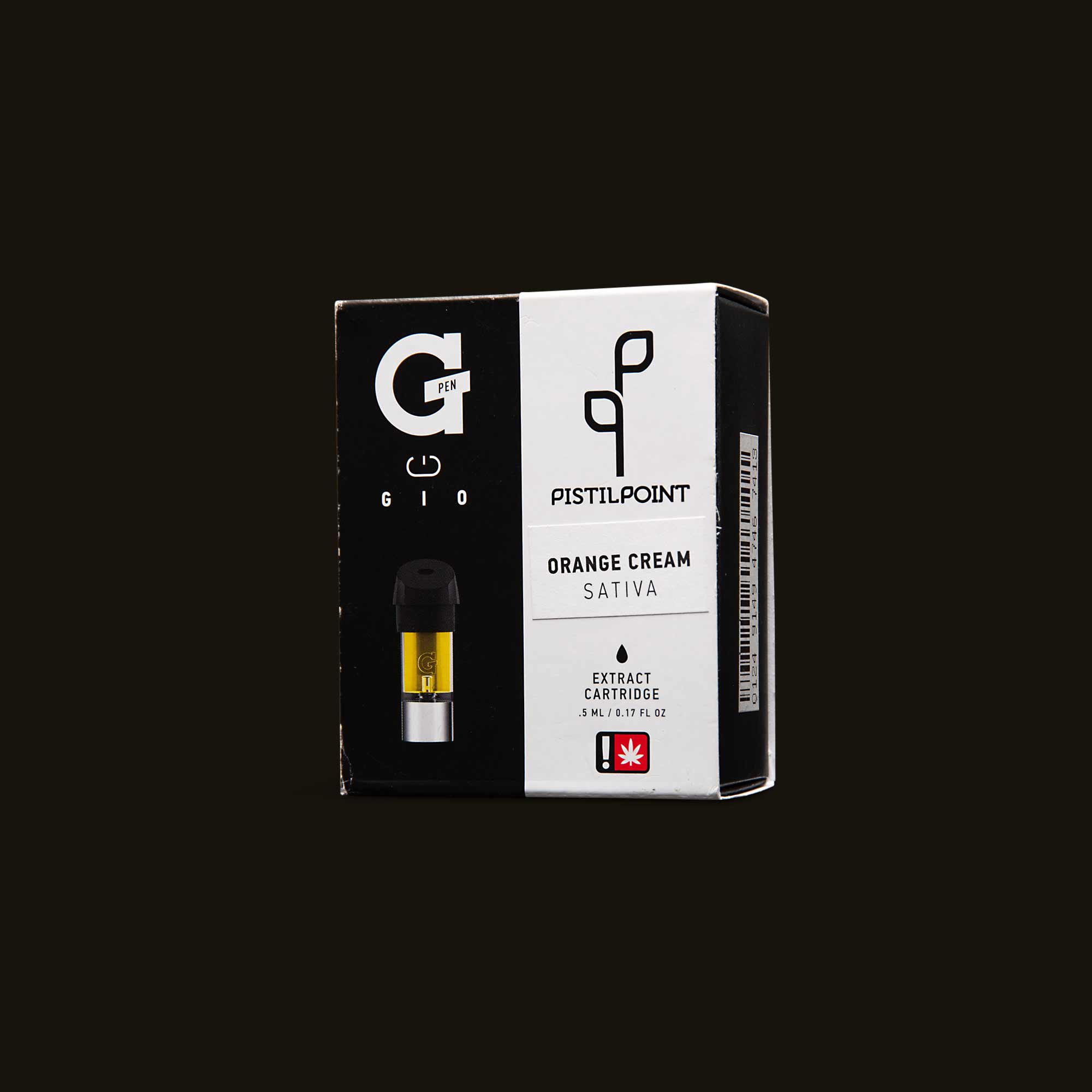 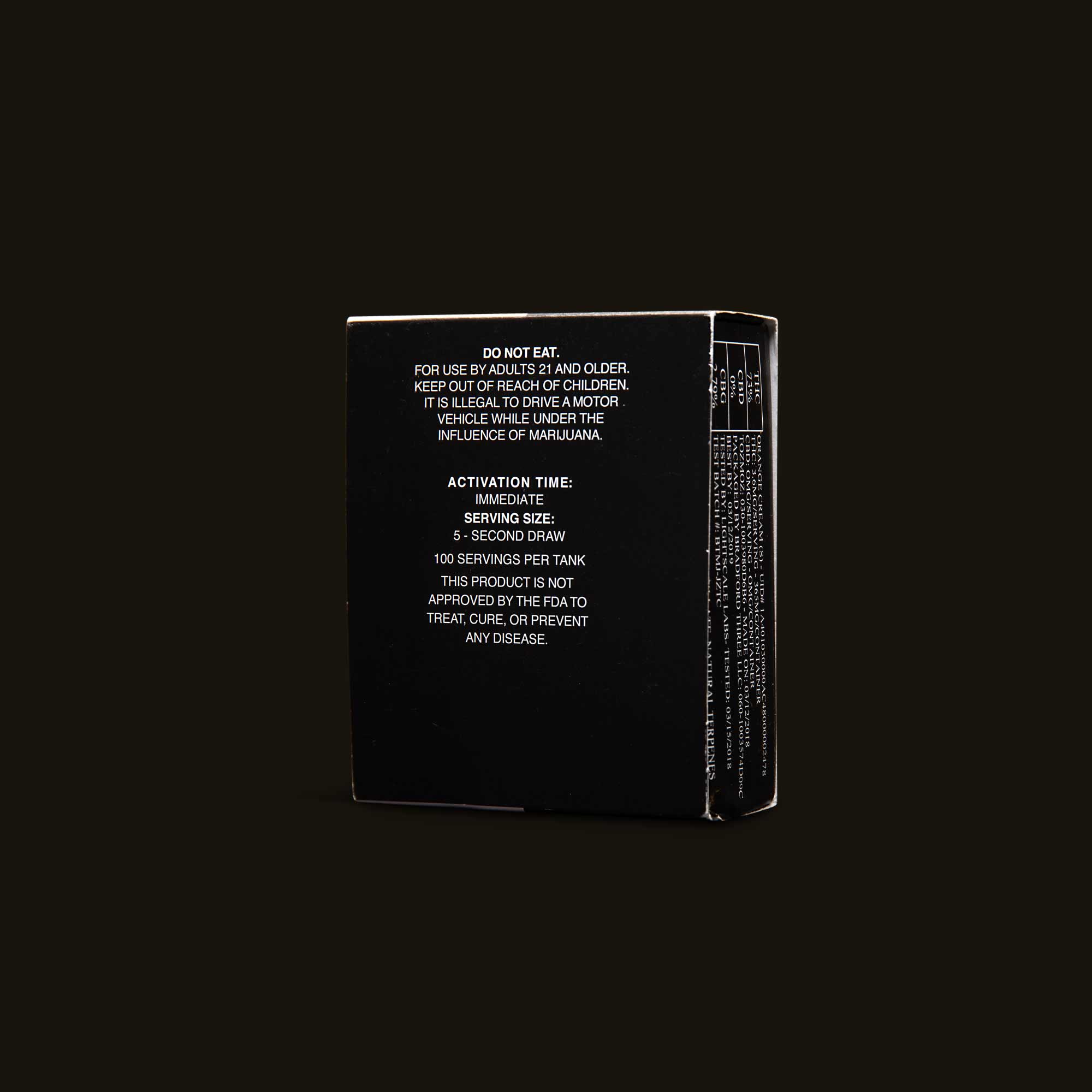 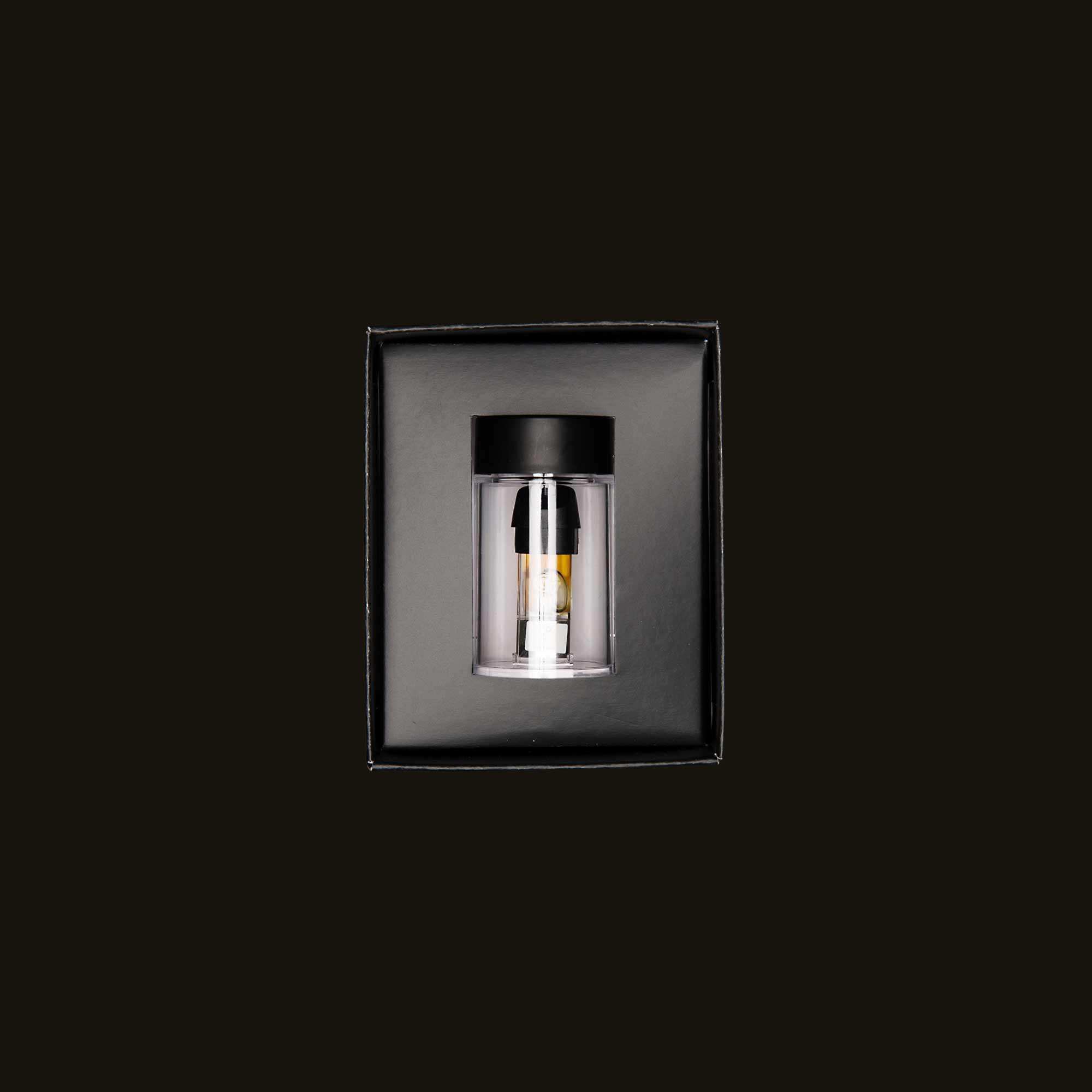 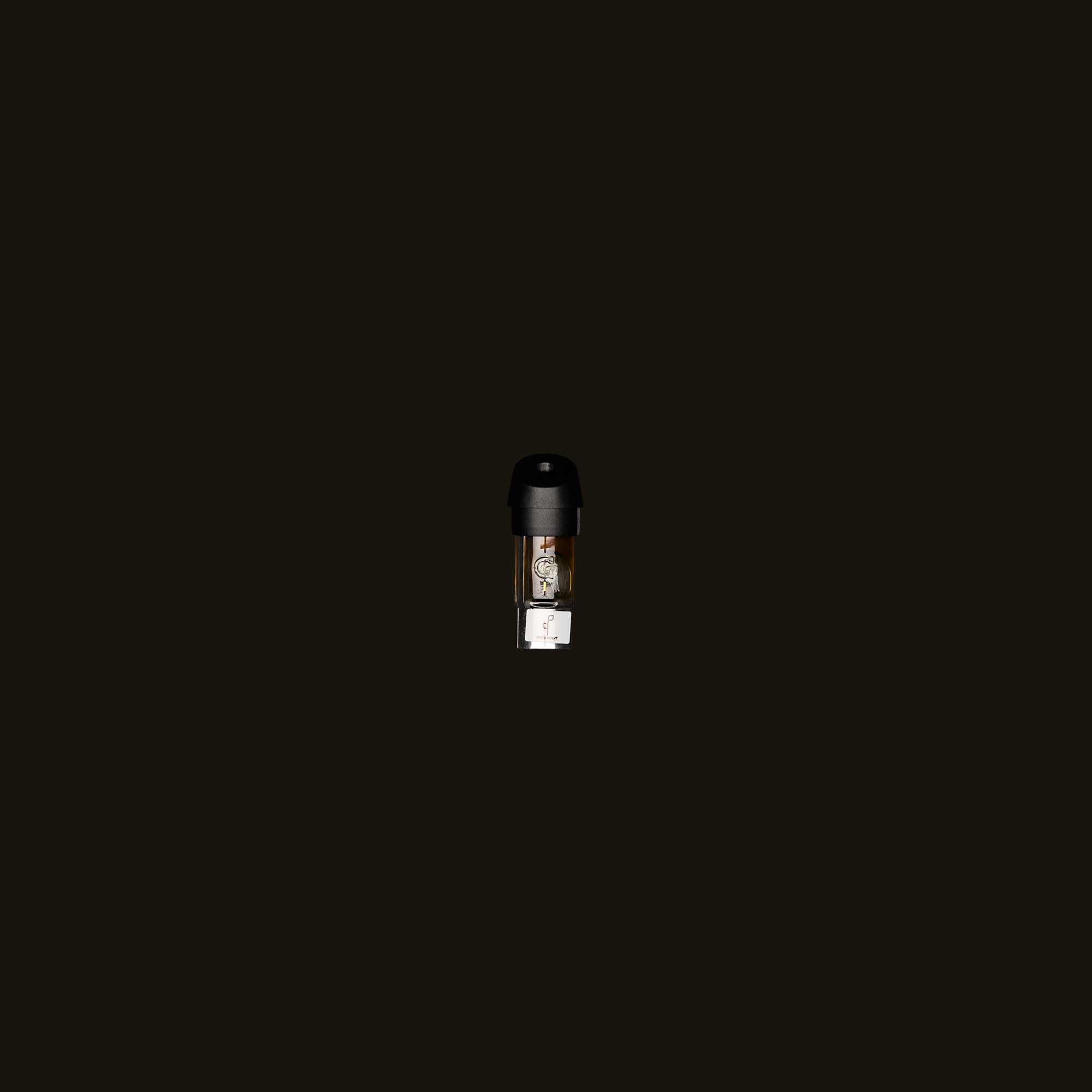 As our committee rates Orange Cream Gio Pod, we capture their experience in real time through our ratings app and report everything back here.

As a longtime cannabis user and budtender, I barely felt this high. That's why it's perfect for newbies.

These days, dealing with the mess of grinding up herb for a harsh-tasting bowl is the last thing I want to do after a long week of work. I’d much rather grab an easy and clean vape pen and forget all my worries. Many a stoner feels the way I do, making vaping a hugely popular alternative to conventional smoking. With so much interest in this relatively new part of the industry, many companies are making attempts to go the extra mile to try and set their device apart from the crowd. With so many vapes to choose from, where are new vape users supposed to begin? In my opinion, the G Pen Gio and Orange Cream pod I tried recently could be a solid starter combination.

The G Pen Gio from Grenco Science is the newest in a diverse line of portable vaporizers that right out of the box look sleek and high-tech. These batteries can be found online for $20 to $30, which makes them price-wise on par with similar vaporizers like the PAX Era. I was initially impressed but quickly realized there was no easy way to determine the battery life of the Gio, making it difficult to know how much battery life I had left at any given moment. I was also turned off by the silica wick inside the pod. From my experience working as a budtender, these wicks can leave your oil tasting charred and frankly are an unhealthy method of heating cannabis oil. Call me nit-picky, but these are factors to consider.

Despite these reservations, I was curious what the ultimate user experience would be like. My ideal winter weekend usually consists of Netflix binges and soothingly heavy indica vape pens. On one such weekend, I thought Pistil Point’s Orange Cream Gio Pod would be a good fit. Orange Cream is a unique cross of Orange Crush and Ice Cream, and an indica strain I have never personally tried before. Chilling on the couch watching The Office for the millionth time, I took a long, slow draw in an effort to enhance my relaxation.

To my surprise, I blew out a light, mildly flavored puff of vapor. This was not the giant rip I was expecting for such an advanced-looking vape. After a few more draws, I realized the Gio was not capable of producing the dense, milky cloud I was looking for. Maybe this is a benefit for users looking to be discreet, but I tend to prefer vapes with a more pronounced vapor. Although the flavor was a little tough to discern, I did pick up on a creamy lemon and orangey pine flavor that was pleasant. The high that followed had a low-level calming effect and a relaxing head high that effectively had me zoned out on the couch. But much like the flavor, that relaxed feeling didn’t stick around for long. By the end of my Netflix binge, nothing about the high stood out as remarkable and it was decidedly too weak to lock me to the couch—again, a big benefit for some but not so much for me.

“I could see it working perfectly for people who are new to cannabis oil or indica strains.”

Because the Orange Cream Gio Pod did produce a mildly soothing effect, I could see it working perfectly for people who are new to cannabis oil or indica strains. It’s still much easier to consume than traditional flower and the mild high means it’s pretty much foolproof when it comes to dosing. There’s also the price factor. At around $30 for a half-gram pod, it is easily $15 cheaper than competing high-end, battery-specific cartridges, making it a good choice for starter vape.

For comparison, the PAX Era is another buttonless vaporizer that has wholeheartedly adopted all the new vaporizing technologies. Bluetooth compatible with an IOS app, the PAX Era is basically the iPhone of vaping devices. The app allows the user to not only set the heating temperature to a specific degree but to play games while getting baked. PAX also has the benefit of having a huge array of pods from a number of different brands. The G Pen Gio may have some catching up to do on these fronts, but I still think the Gio, combined with the Orange Cream Gio Pod, could be a good starter kit for new, cash-conscious vape users. This combination didn’t have all the bells and whistles I typically look for, but its simplicity may be just the thing for those starting their vape journey.