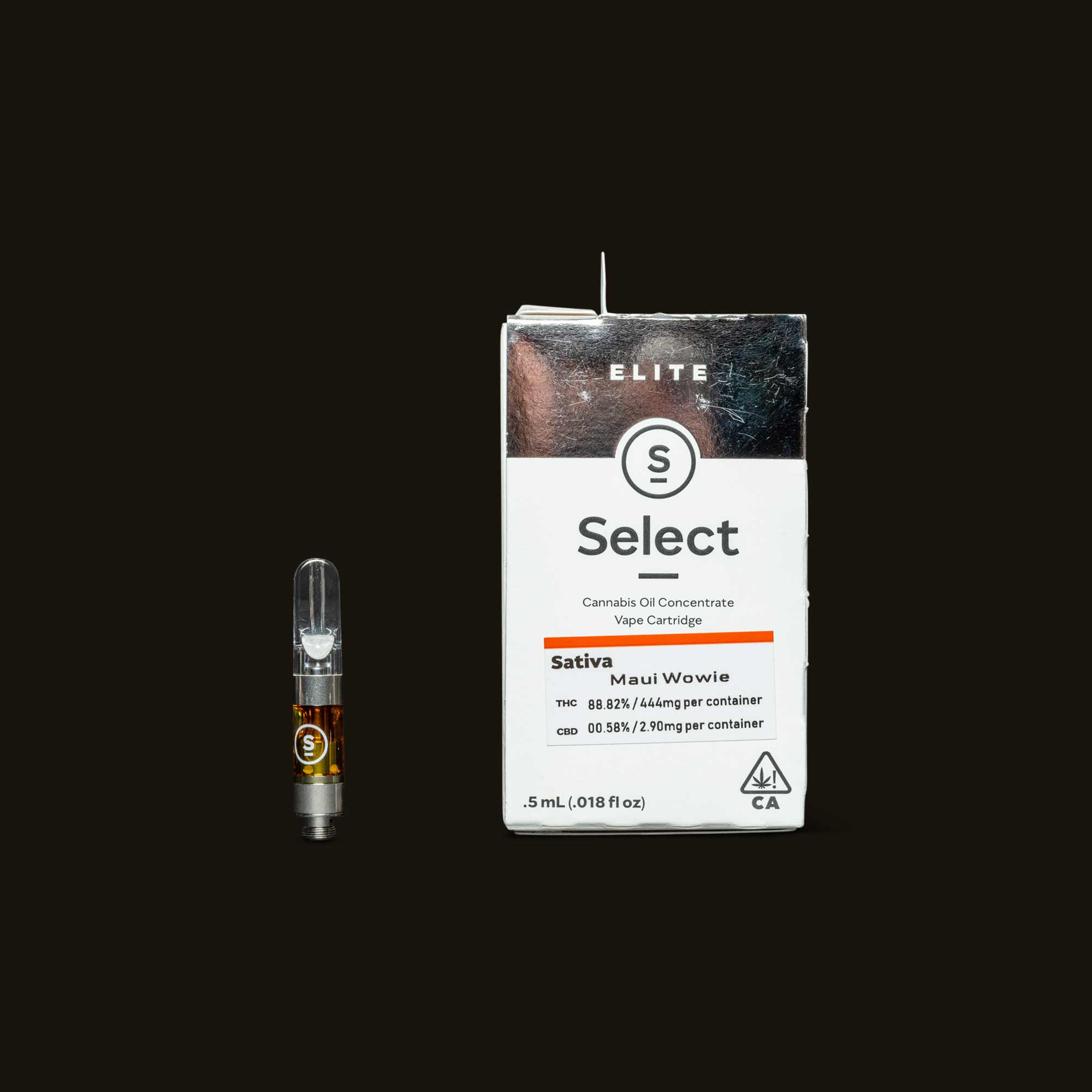 Select's Maui Wowie Cartridge delivers an herbal vapor and a creative head high. Steer this energizing buzz towards a to-do list for a productive session. It should leave your mind clear with concise thoughts and ideas flowing, and the comedown is usually smooth. This is a good vape to keep in the studio.

Ranked 16 of 298 in Vape Pens for feeling Euphoric. 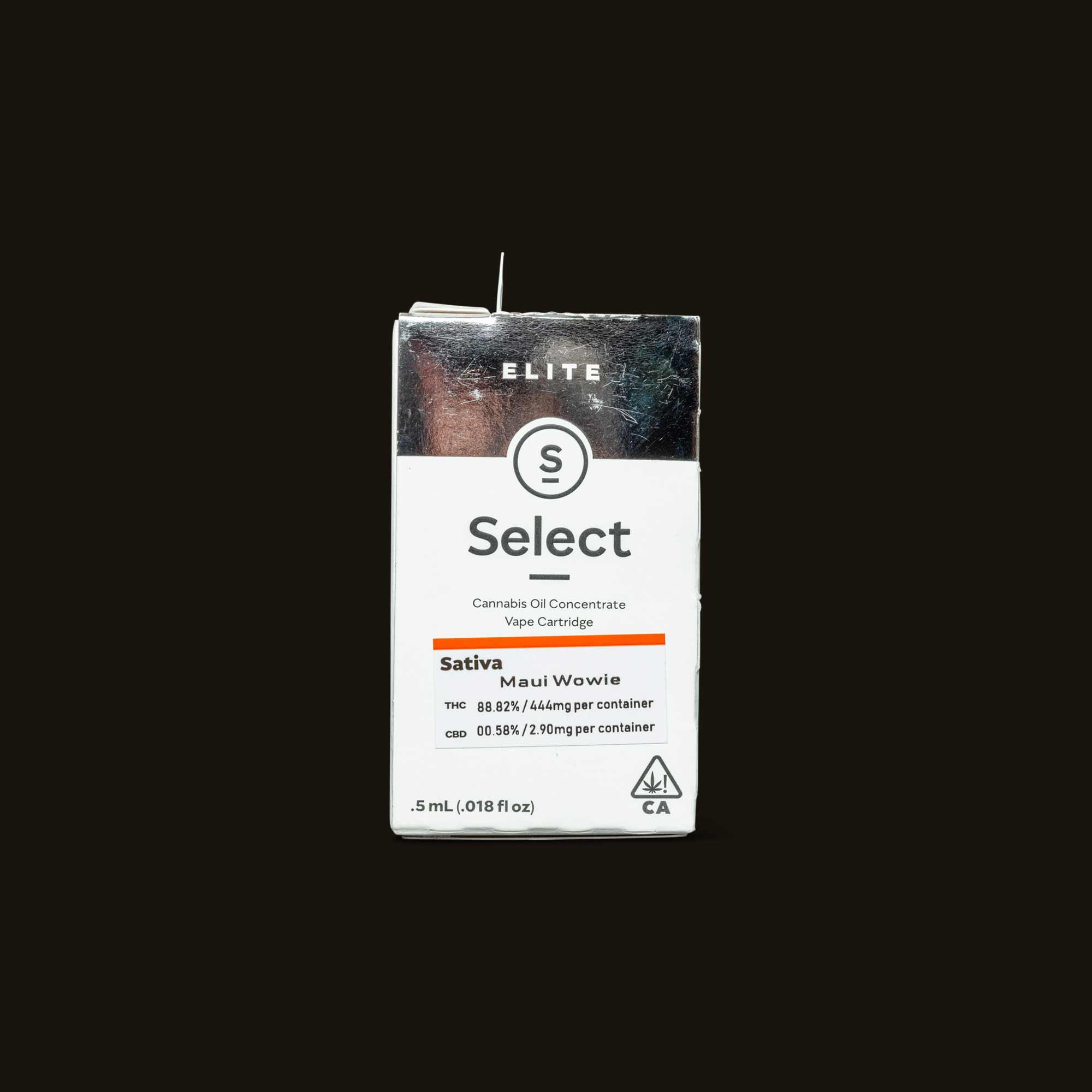 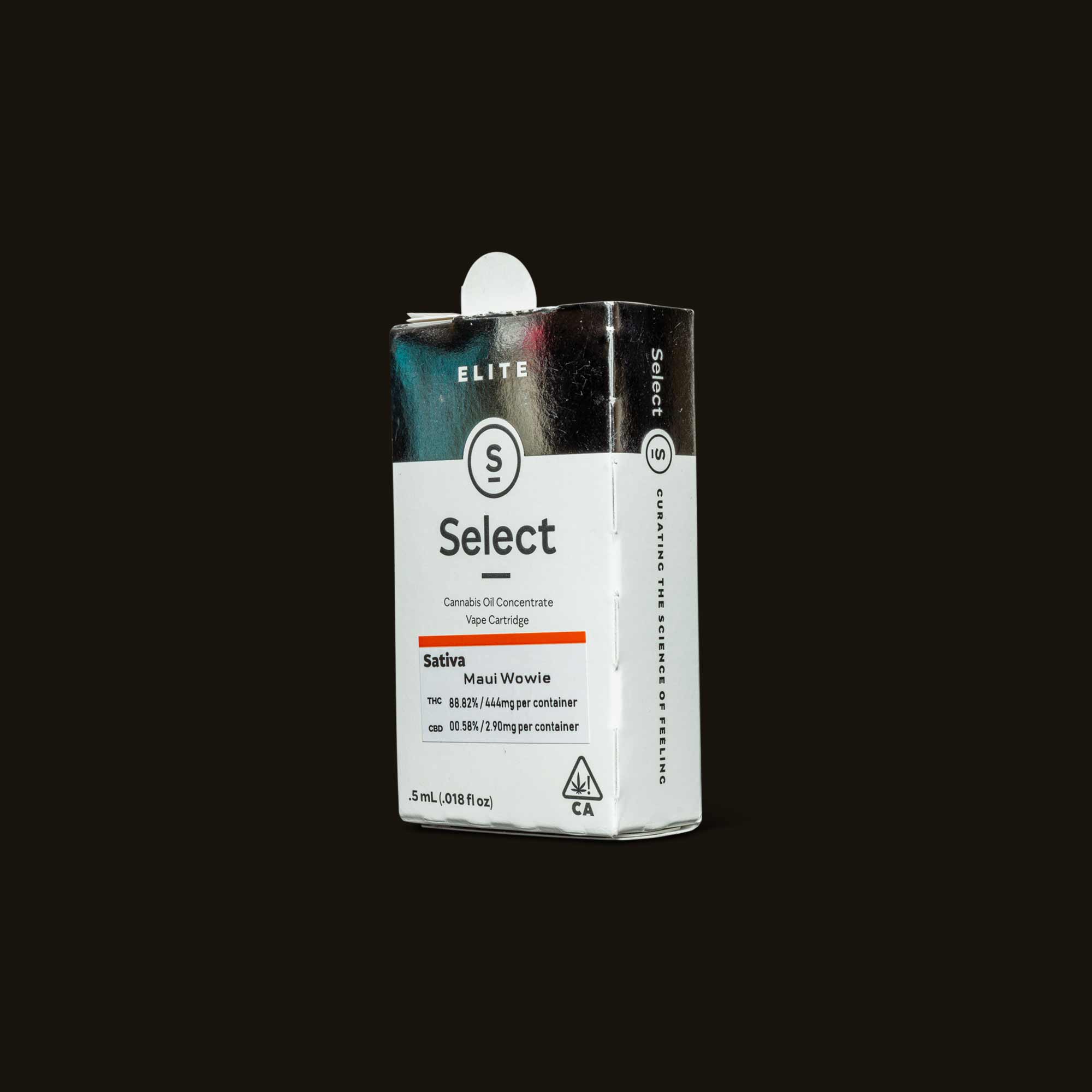 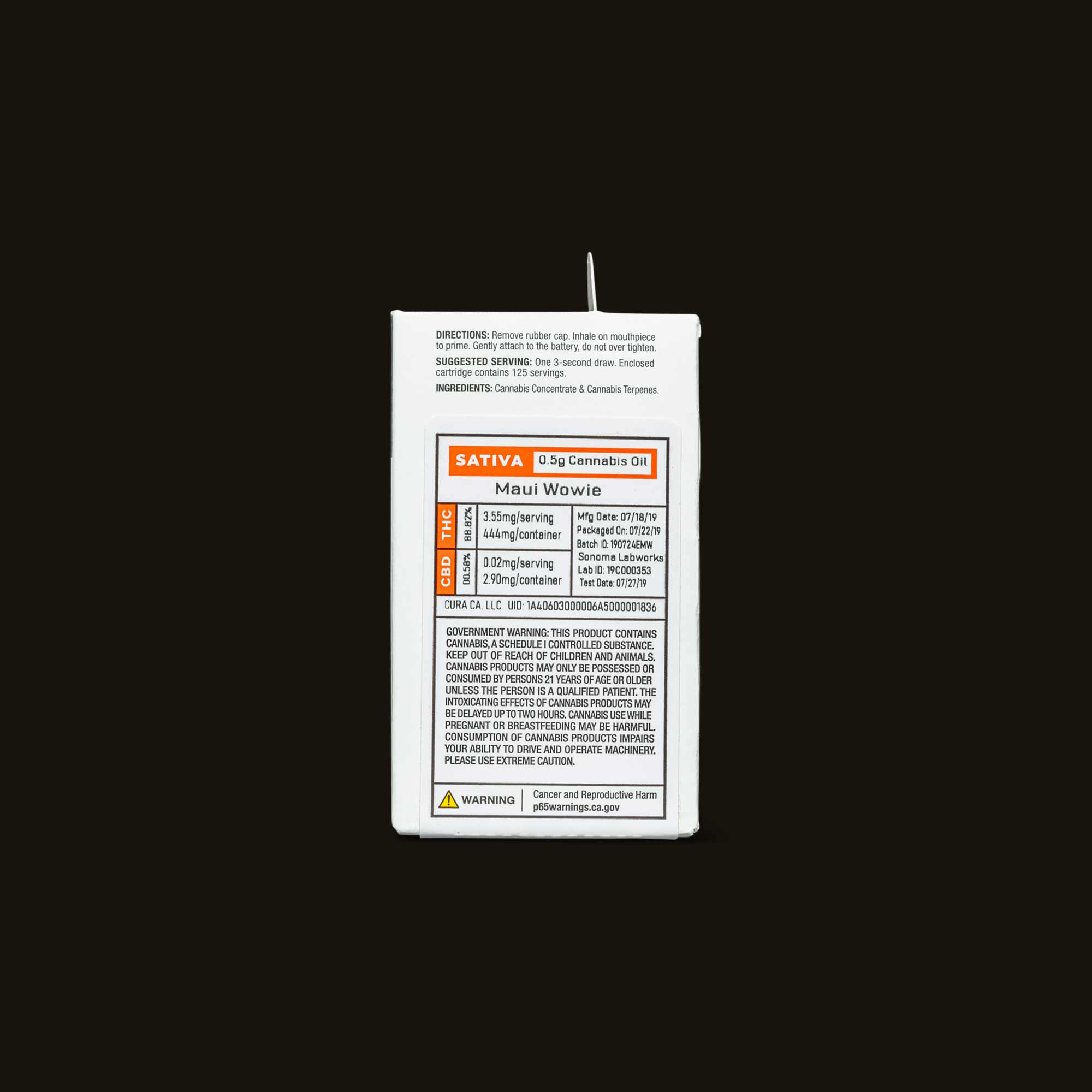 As our committee rates Maui Wowie Cartridge, we capture their experience in real time through our ratings app and report everything back here.

Ranked 16 of 298 in Vape Pens for feeling Euphoric.

All I wanted was a lazy, rainy day, but what I got was a burst of creativity and an outdoor adventure.

IN REVIEW: Select Oil’s Maui Wowie vape cartridge packs a potent high that can help you seamlessly transition from a long day at your desk to a long walk outdoors. As reviewer Luca experienced, lazy days can be rerouted into productive ones with the help of this vape.

I sampled Select Oil’s Maui Wowie 500mg vape cartridge during an auspicious time in Southern California—a late autumn rainstorm. Coming in at 88% THC, I was resigning myself to a day spent in comfortable repose, listening to the rain, and watching either a Forensic Files marathon or robbing stagecoaches in the video game Red Dead Redemption 2.

“This is a strain that allows you to reach deep within your inner well of fantasy and draw from it freely.”

Once the high kicked in, I eschewed both for some long-postponed writing. I had been working on a treatment that I left stagnating in my head for some time. I hadn’t planned on picking it back up but the effect of the Maui Wowie had my creative juices flowing once more. This is a strain that allows you to reach deep within your inner well of fantasy and draw from it freely. Once I patched up some plot holes, I felt genuinely excited about the direction my story was taking.

Before I knew it, I had finished writing a respectable 1,000 words and declared the day a success. I made a mental note that Select Oil’s Maui Wowie is a dependable choice for creative pursuits and briefly debated whether or not I wanted to make it my official breakfast of choice so that I actually accomplish what I set out to do on a daily basis. As an added bonus, the taste of this vape cart was true to form. A distinct pairing of pepper and pine made for a genuine flavor profile that was always smooth to pull from. There was no question as to why this has been a tried and true strain since the ’60s. All the effects that I’ve experienced with the flower were present in this vape cart.

When the rain died down and the clouds parted, I felt compelled to take this high for a spin outdoors. I wanted to hike to the top of a nearby hill and take in a newly soaked valley. When I made it to an elevated vantage point, I took a few more pulls from the vape and noticed the sun creeping through the clouds. I saw entire neighborhoods illuminated by swaths of sunlight while other blocks remained in an ominous shade. It made for a dramatic scene that spoke to my dualistic nature, only to be further heightened by this potent high.

I did not account for the muddy ground that now made up the entirety of my hiking path. I had to turn back at a certain point as the constant sliding around made for a rather ridiculous outing. Still, I never got flustered or annoyed. This high held me firmly in its joyful grips for a good part of the day. Negative and self-critical thinking would likewise fail to get a decent footing.

“I felt an undeniable heightening of my senses during this time.”

Having a mild case of dry mouth, I brought along a large Nalgene bottle of water that I promptly guzzled. As one would predict, this made me have to go to the bathroom. My house was still a half-hour away but a Chevron gas station was only steps away. I walked inside and grabbed a bathroom key hooked up to what looked like a giant broom handle. As I waited for another patron to exit, I heard a pretty dope song playing through the Chevron sound system. I decided to both Shazaam it and then purchase it from iTunes all while I was doing the pee-pee dance next to the Motor Oil and Red Bull display.

After I relieved myself, I settled into a leisurely walk home and listened to my new gas station song through my headphones. I felt an undeniable heightening of my senses during this time. Flowers became more vibrant than usual, the grass lusher, the music more poignant, and even the circling crows took on a sinister bent. At its most base level, cannabis is a way for you to notice those items you have taken for granted for so long and see them anew. This Maui Wowie distillate exemplifies that phenomena in a very personal and profound way.

When I got home my sneakers and pants were covered with mud (I had bit it hard at one point but I’ll blame that on my lack of dexterity in water-soaked terrain rather than the Select Oil vape). The rain had weighed down the branches of my orange tree to where it had almost cloaked over the entirety of our patio table. I snuck inside this makeshift orange fort and peeked through the not-yet-ripe citrus while changing out of my soiled footwear. I took a few more hits from the vape pen and then as if on cue, the heavens closed once more and a light sprinkling had begun. I was glad I went out when I did and played in the rain when I could. At the end of the day, this was a high that helped me seize onto the moments that I may have otherwise missed.

Be the first to review Maui Wowie Cartridge from Select and help others find their high.