The Sweet As! Lavender Cartridge is an indica vape with an appropriately flowery flavor. It's often blissful and sleepy, perfect for a refreshing afternoon nap or addressing aches and pains. You can expect a calm, soothing high that can help you through a sick day. 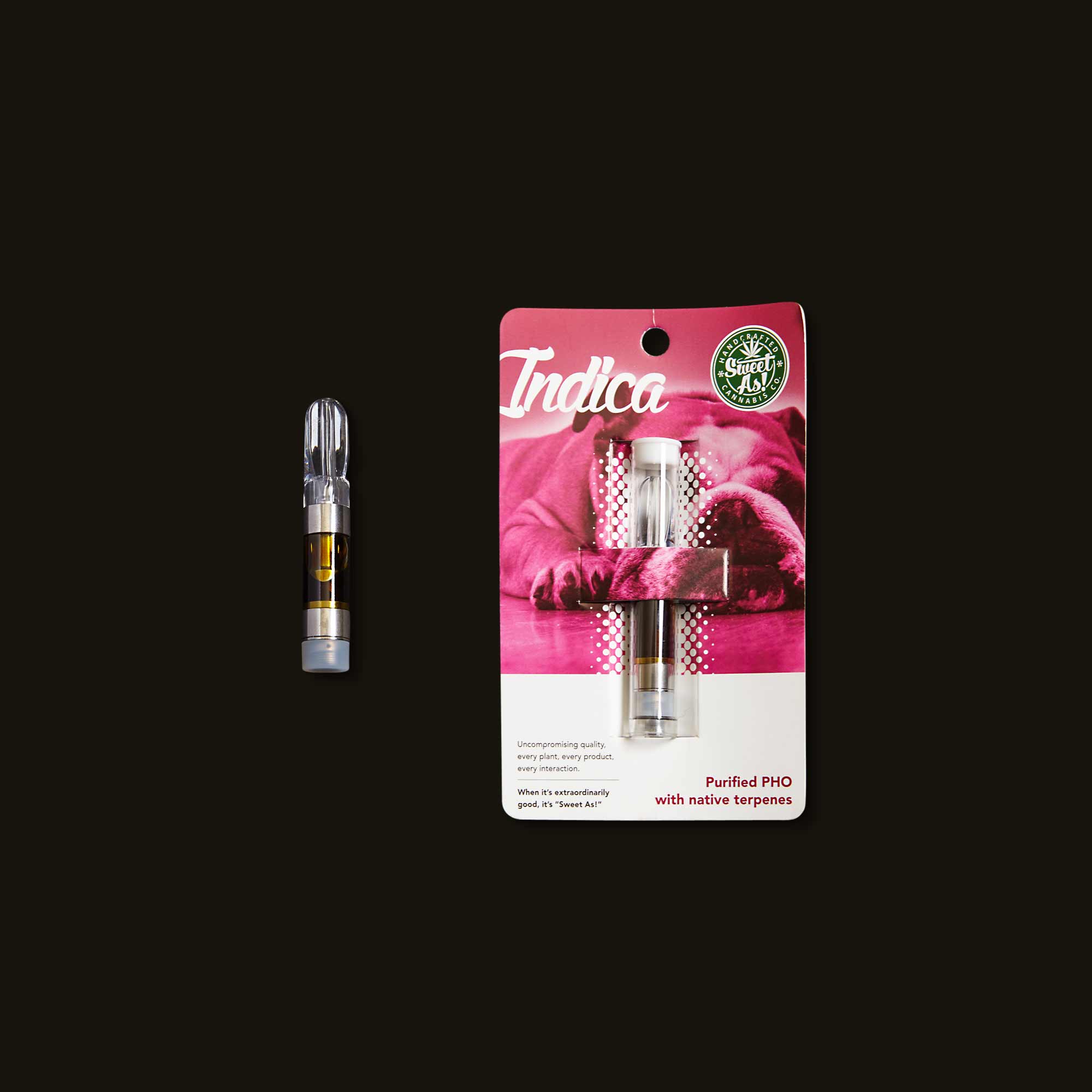 As our committee rates Lavender Cartridge, we capture their experience in real time through our ratings app and report everything back here.

A Joyful Cartridge That Helped Me Tap Into My Roots

This cartridge helped me let my guard down just when I needed to.

I’m taking a break from smoking flower right now, which means my cannabis intake method is focused on vaping. Don’t get me wrong, I like edibles here and there, too, but for my day-to-day high, I prefer inhaling. The Lavender cartridge by Sweet As! was a perfect afternoon strain. I enjoyed it during the last days of February when the winter blues all but had me. The first time I tried it was the night I gathered friends for a belated birthday party in which we did the silliest of activities: square dancing. My boyfriend and I had gone square dancing a few months back and wore shit-eating grins on our faces the whole time. It’s hard not to giggle at a synchronized dance that involves a stranger yelling gibberish commands at you while standing next to a banjo picker. Just saying.

“The high was a sleepy one at first, so I napped to make sure I was fully alert for the night’s ridiculous activity.”

For my 32nd birthday (month), I balanced a luxurious trip to Vegas with the night of square dancing at a local bar. But before I made it to that part of the festivities, I tried out the vape back at home. One bummer of using a vape cartridge is that I don’t get to smell it. I miss that natural connection I feel to the plant when I can smell the sweet or skunky bud. At the same time, it’s nice to not reek like a skunk, which is part of why I’m using vapes right now. A little less pronounced than the lack of smell is the lack of flavor. I don’t taste as much flavor with a vape as I typically do with flower. Though I’ll admit the biggest downside with this cartridge was partially user error. It had been a while since I used a non-PAX vape pen and I had a hard time mastering the battery I needed to enjoy this Lavender cartridge. At first, I didn’t pull enough vapor to get anything tangible and ended up burning my throat a few times on my enthusiastic subsequent inhales. I guess that’s why I’ve heard people advise “warming” up the vape with a few shallow preliminary puffs. Noted.

The high was a sleepy one at first, so I napped to make sure I was fully alert for the night’s ridiculous activity. Feeling better after the power nap, I spent the afternoon running and doing some creative work while enjoying the strain. The 77.36% THC plus a scant 0.5% CBD were great for writing. Euphoric feelings always boost my creativity, and it’s no wonder I felt euphoric as the Lavender cartridge comes from a delightful lineage. Super Skunk is a predominantly indica variety (the calm part of the high) and Big Skunk is a balanced hybrid (the joy part of the high).

“Later that night, I was riding the end of a mellow and blissful high.”

By the time I made it to the square dance later that night, I was riding the end of a mellow and blissful high. The intended effects of the strain—calm and joy—were the exact effects I needed for square dancing. Group activities and embarrassing myself in front of strangers often makes me cringe, so using a cannabis strain with calming effects that helped me let my guard down meant I didn’t spend the whole time wondering if I looked dumb. In reality, everybody looks dumb square dancing. But at least you’re having fun! With shoulders down and my body loosened up, I enjoyed a do-si-do with my boyfriend and spent the night smiling at my friends and strangers as we all collectively laughed at ourselves.

Sweet As! is a family farm in Elma, Washington. It seemed fitting to go to a square dance after smoking family-farmed weed. The joyful feeling really was unabashed, owed in equal parts to the weed and to the communal experience. I come from a small town in Central Washington, so despite being a liberal city-dweller now, I am full-on country in my bones. At the end of the day, I enjoyed vaping a cannabis strain that helped me tap into my roots.

Be the first to review Lavender Cartridge from Sweet As! and help others find their high.