The Toko Gold Hybrid Cartridge is flowery and smooth. It's loaded with a CBD-dominant concentrate that can put a stopper on anxiety and wave away subtle clouds of depression. Many prefer it for casual use throughout the day or before a big meeting to quell nerves. It's no miracle potion, but it comes pretty close. 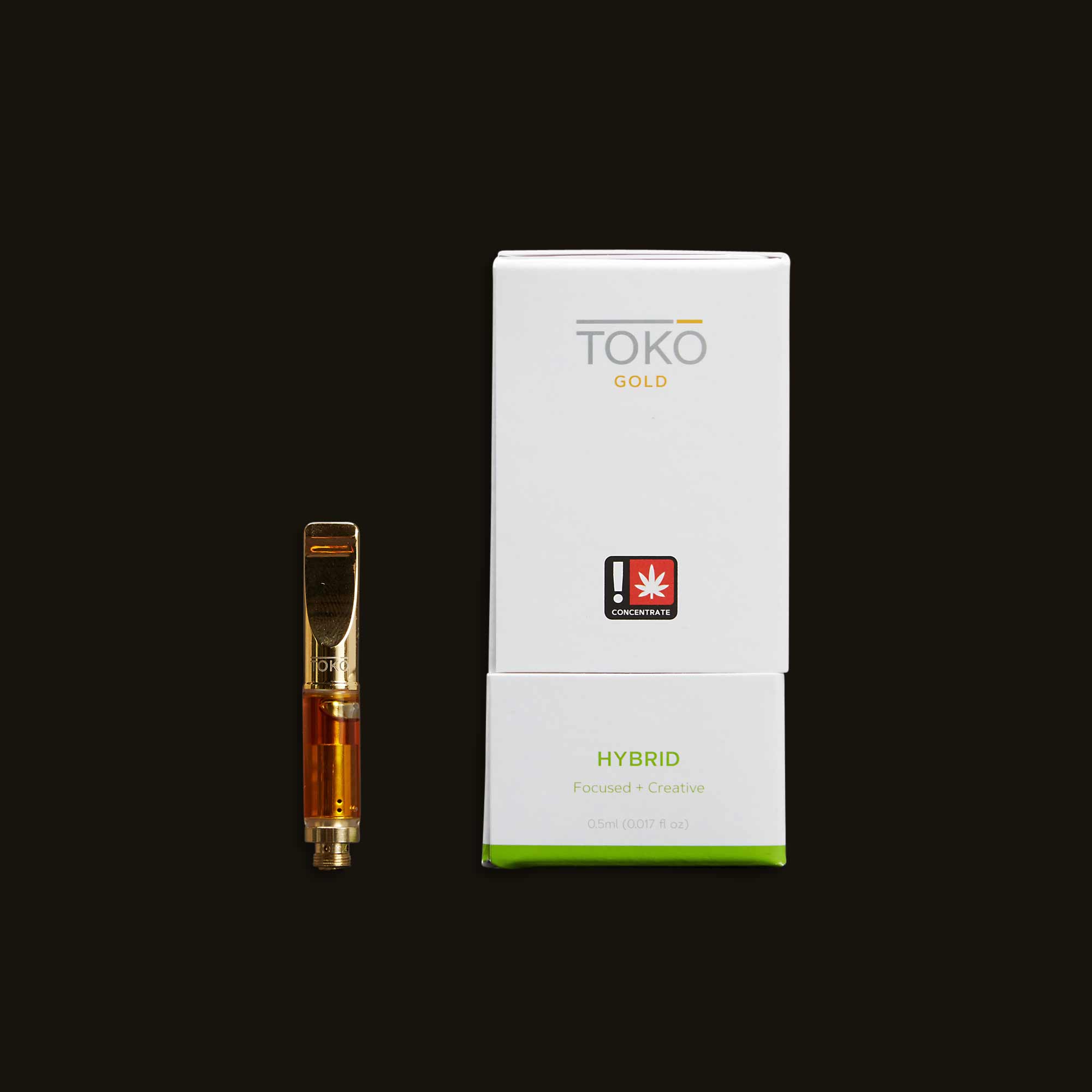 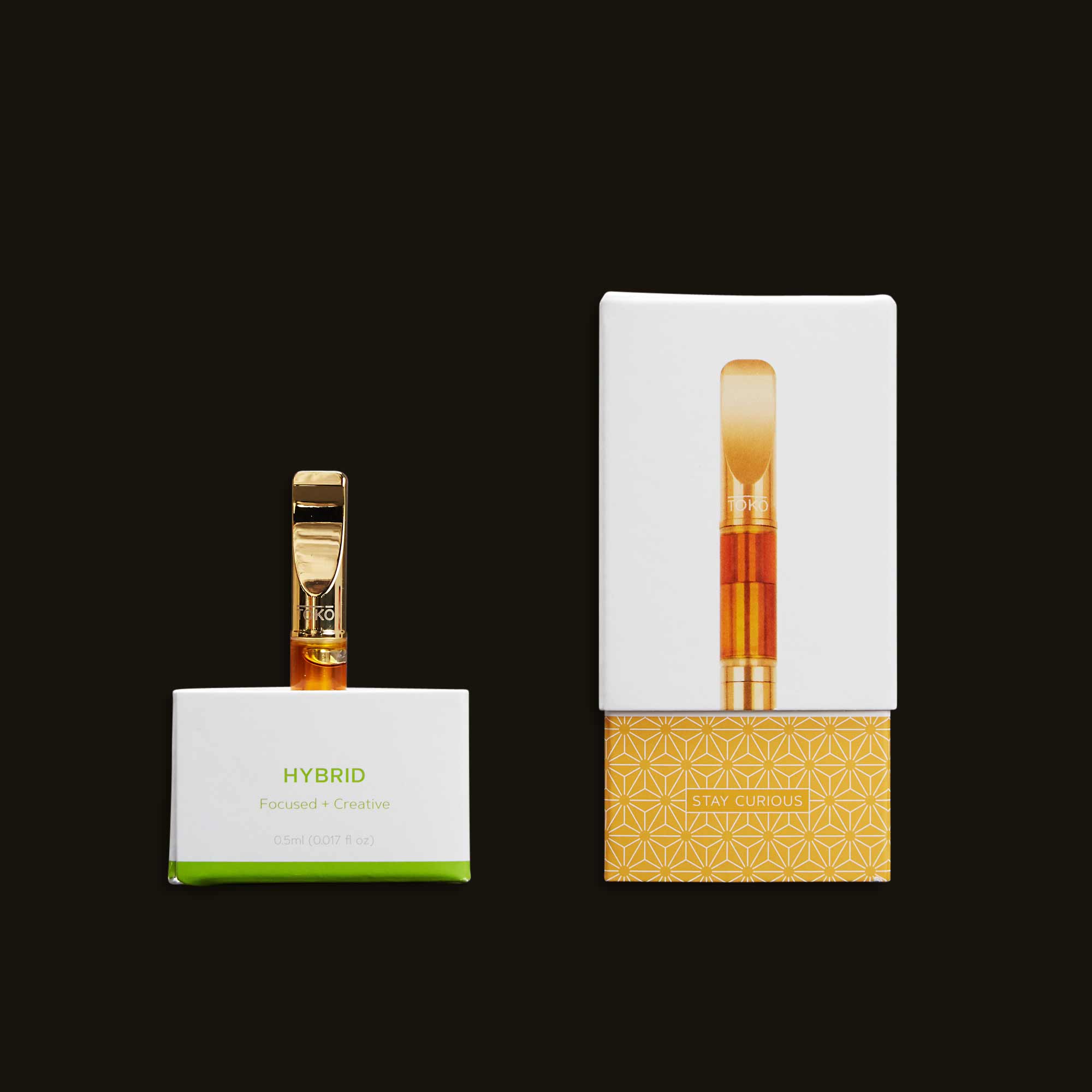 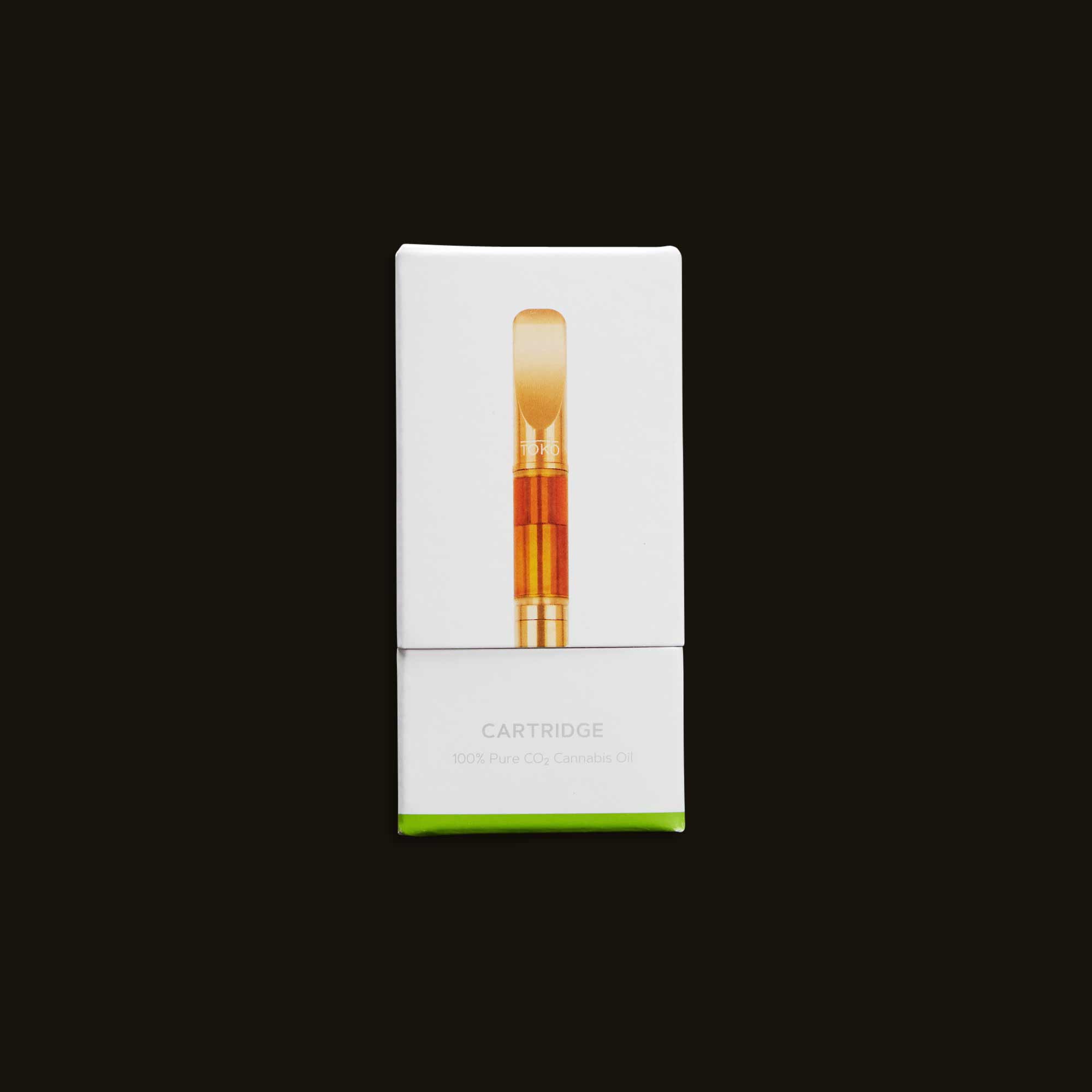 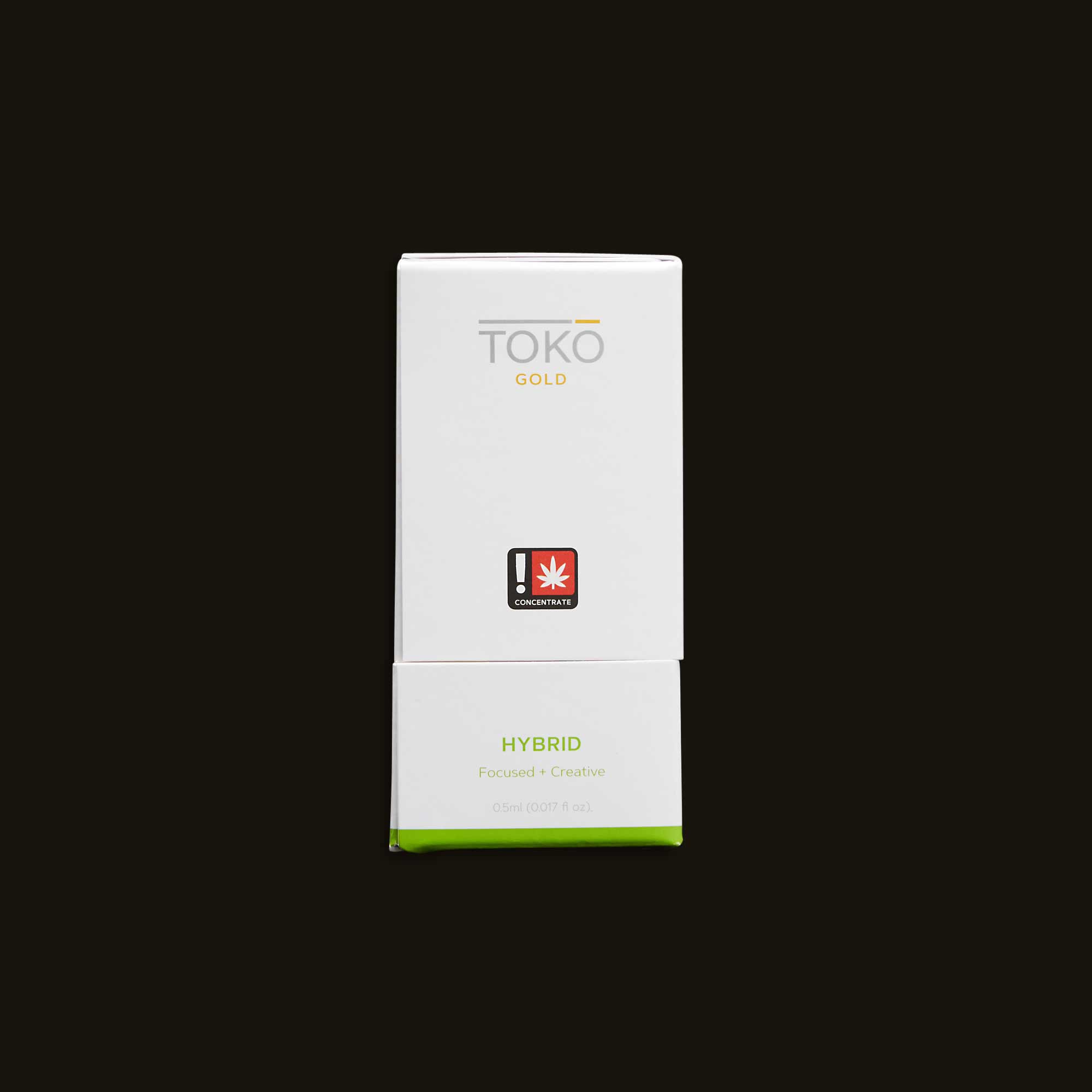 As our committee rates Toko Gold Hybrid Cartridge, we capture their experience in real time through our ratings app and report everything back here.

This Cartridge Eats Anxiety For Breakfast

In the throes of a bad bout of anxiety, this cartridge gave me the clarity I needed to pick myself back up.

My Mercury is in retrograde, my chakras are all out of whack, and my essence is flickering like a 5-watt chandelier bulb that hasn't been replaced in 10 years. I’m dusty. I’m depressed. I’m not operating at full capacity. Maybe it’s the seasons changing, I don’t know. Lucky for me, I’m usually able to skirt short bouts (less than 2 weeks) of depression with the right cannabis product. Sometimes it’s a cannabis-laced bath bomb that lifts me out of a funk, and other times it may be a microdose of chocolate and a long walk. But usually, it’s a thoughtfully produced smokeable with a measured combination of cannabis's two very different active compounds, THC and CBD. These products are not conceived with total psychotropic annihilation in mind, but rather something far more beneficial: a harmonization and elevation of the mind and body. In an ocean of anxiety, they’re my life raft.

“The only relief I had during this wreck of a day was in the hours that followed my intake of this miracle oil.”

I auditioned Toko’s Gold Hybrid cartridge on a next-level, emotionally taxing day. It was my son’s first day of school, and his new teachers had an endless fusillade of assessment questions. But here’s the real deal; my son was born in March of 2015, and my mother was diagnosed with cancer in April of 2015. She died on my birthday in October of 2016. When these professionals were kindly asking me about the first two years of my 3-year-old’s life, they didn't know I was in full PTSD breakdown mode as I calmly relayed the integral, heartbreaking memories of my mother’s traumatic death in relation to my son’s development. Ooh, I was a mess, but two hits of this CBD-forward cartridge and the cloud was lifted. The only relief I had during this wreck of a day was in the hours that followed my intake of this miracle oil.

This Toko concentrate comes from a brilliant hybrid strain of Harle‑Tsu and ACDC flower, which they’ve C02-extracted for premium viscosity and flavor. Harle-Tsu itself is a high-CBD (20:1 CBD to THC) hybrid of Harlequin and Sour Tsunami and was bred almost exclusively for therapeutic uses. ACDC is another high-CBD strain—a sativa-dominant phenotype of everybody’s favorite non-intoxicating CBD power-strain, Cannatonic. This is all to say that when Harle‑Tsu and ACDC come together in this cartridge, they produce effects that, at 11.6% THC and 47.6% CBD, are still a stoney good time without the soupy, psychoactive head high. In fact, the head high was so crystal clear it allowed me the mental clarity to process my emotions without getting lost in a fog. The body high was exactly what you would expect from such a high-CBD strain—a sunshiny ray of soothing, calming, and relaxing physical comfort.

“The bushy exhale was ephemeral and almost powdery with a faint fruity aftertaste that dissolved like honey in a cup of tea.”

Toko’s Gold Hybrid cartridge can be used with any vape battery with a 510 thread, but I used my Vuber Pilot to great effect. The intake was less smooth than one might hope, but the bushy exhale was ephemeral and almost powdery with a faint fruity aftertaste that dissolved like honey in a cup of tea. The rich amber hue of the oil belies its mostly feather-light inhale (though I did catch a few throaty coughs on my deeper inhales, so keep it light and easy). Looking at the color alone, I expected something with a bit more body, but I was not disappointed when the mouthfeel was less dense than I predicted.

In sum, this product helped me get through a terrifically difficult day, not by blanketing me in a cozy haze of disassociation like more aggressively stoney strains might, but by allowing me the peace and clarity to separate myself from my most disruptive emotions. Those same emotions would have otherwise ruined my whole day—maybe even my whole week—but by buffering them early with this Toko Gold extract, I avoided a major emotional calamity. For folks like me who suffer from anxiety and depression often but not often enough to consider pharmaceutical intervention, this may be the hero product to curb those (very common) mental health moments.

Be the first to review Toko Gold Hybrid Cartridge from Toko and help others find their high.