The 411 On Cannabis For Dogs, Cats, And Other Animals

Read this before you smoke out your pet.

Whether it’s separation anxiety, seizures, or cancer, pet owners are increasingly treating their fur babies with cannabis. Your dog or cat may be part of the family, but they don’t respond to CBD—and especially THC—in the same way we humans do. And while you’d hope to consult your vet about it, not all states allow veterinarians to discuss cannabis. For those with furry family members suffering today, waiting for laws to catch up with science isn’t always an option. We’ve reviewed the scientific literature and spoken with medical professionals, cannabis producers, and ordinary pet owners to find out how and why people are turning to CBD for treating dogs, cats, horses—even goats.

CBD, THC, and other cannabinoids have been turning heads long before a 2014 farm bill legalized CBD research in the U.S. and another made hemp-derived CBD legally available in 2018. Pharmacological experiments using cannabinoids have been performed since at least the 1940s. While there’s a lot we still don’t know about the effectiveness of cannabis-derived medicines, we have learned most vertebrates have cannabinoid receptors, which do respond to cannabinoids like CBD and THC (the most abundant compounds in cannabis).

In June of 2018, Cornell University published a study on the safety and effectiveness of CBD for dogs with arthritis. The treatment seemed to decrease pain while increasing activity with no significant side effects. Based on preliminary data from a double-blind study by Dr. Stephanie McGrath of Colorado State University, 89% of dogs with epilepsy treated with CBD experienced fewer seizures. An enlarged study, funded by the American Kennel Club Canine Health Foundation, is currently underway. 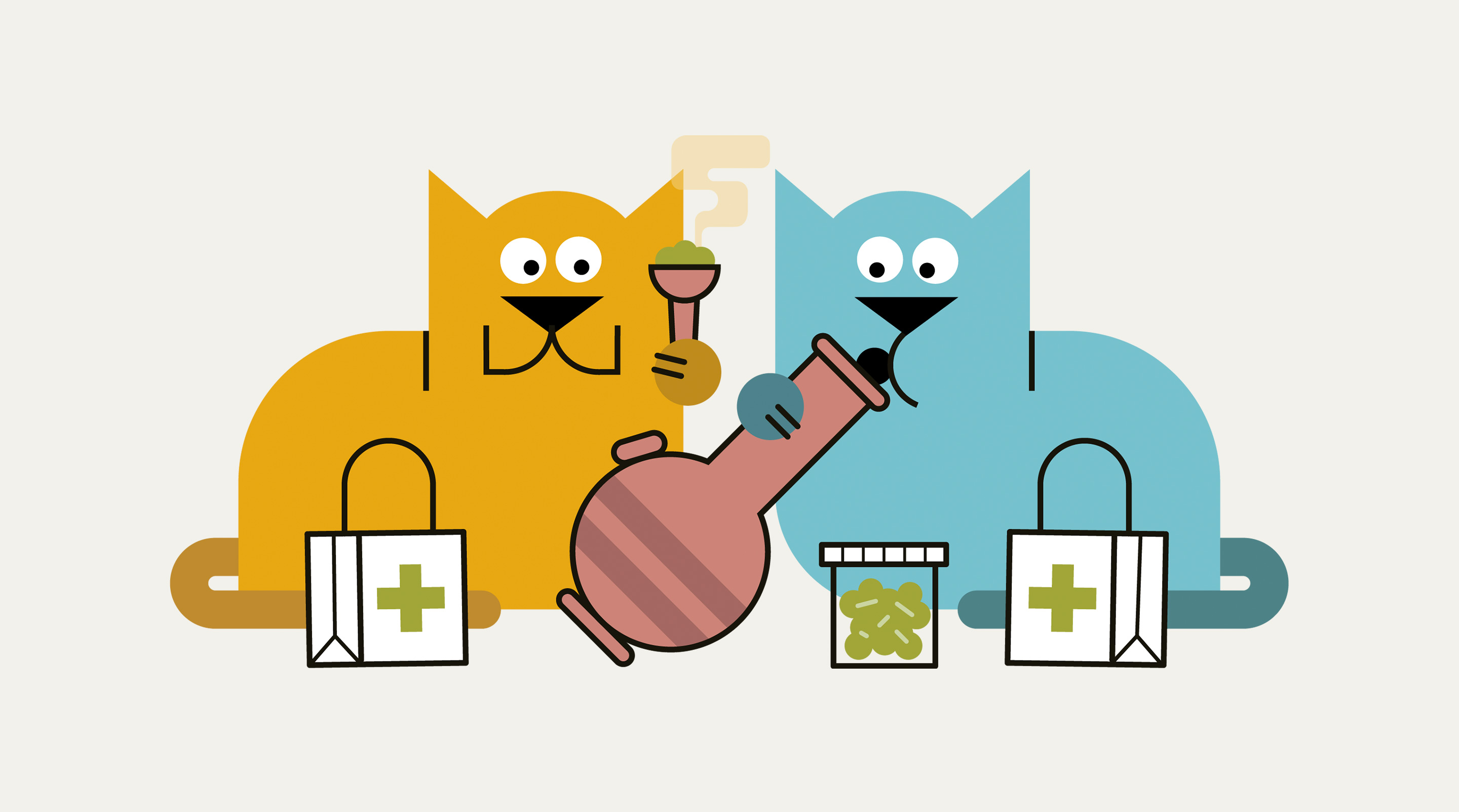 In addition to the small but increasing pool of academic research, there are vast seas of anecdotal evidence touting the benefits of CBD. Everyone from farmers to artists to doctors praise the speed and power of CBD as an effective treatment option. For many, their first encounter with the idea of using pot for pets came after a difficult discussion with a vet following a pet’s illness.

Dr. Lauri Brouwer discovered CBD after Tom, her 14-year-old shorthair cat, was diagnosed with cancer. Brouwer took Tom in after erratic behavior made her think something serious was wrong. She was aware of CBD’s benefits in humans and was able to prescribe cannabis under Arizona’s medical marijuana law. Brouwer planned to give the cat CBD drops intended for humans when she searched a wholesale site she had access to as a doctor. She discovered a brand marketed for pets and ordered it. She gave Tom 16 drops of CBD oil in his food daily, following dosing instructions that involved a simple calculation based on weight. “It was remarkable,” Brouwer said. “He stopped going to the bathroom where he shouldn’t. He was more sociable. He came around to get pets more instead of hiding away. He really acted more like himself again. He’d been losing weight, so I don’t think he’d been eating as much, but when I added the CBD to his food, he ate more.”

“When she barked on the third day, that’s when we knew she was feeling better.”

Verónica Aponte, a conceptual photographer, said her vet recommended CBD when her golden retriever Lulu was diagnosed with cancer. Though the vet gave Lulu only a month to live, she made it another two and a half months while taking CBD. Like Brouwer, Aponte noticed the effects on Lulu within a day or two. It particularly helped after Lulu underwent chemotherapy, calming her down and stimulating her otherwise non-existent appetite. Aponte, who doesn’t use marijuana recreationally or medically, went from a skeptic to a believer practically overnight. “In the beginning, I was a little concerned that she might get high,” Aponte recalls. “Basically, it can improve their life quality.”

Joe Pimentel and his wife Rebecca live on a 200-plus acre farm nestled in the green hills of Bethel, Vermont, where they grow hemp, calendula, comfrey, elderberries, and other medicinal plants. Together they founded Luce Farm Wellness to produce and provide tinctures, honey, and other products infused with hemp-derived CBD. They partner with a local company, Cattis Scientific, to extract their hemp via supercritical CO2 with terpene preservation methods. Then they infuse this into various products at their certified food processing kitchen on their farm. Though CBD-infused honey is the highest selling item, their full-spectrum hemp extract can be given sublingually and is the ideal form for pets. 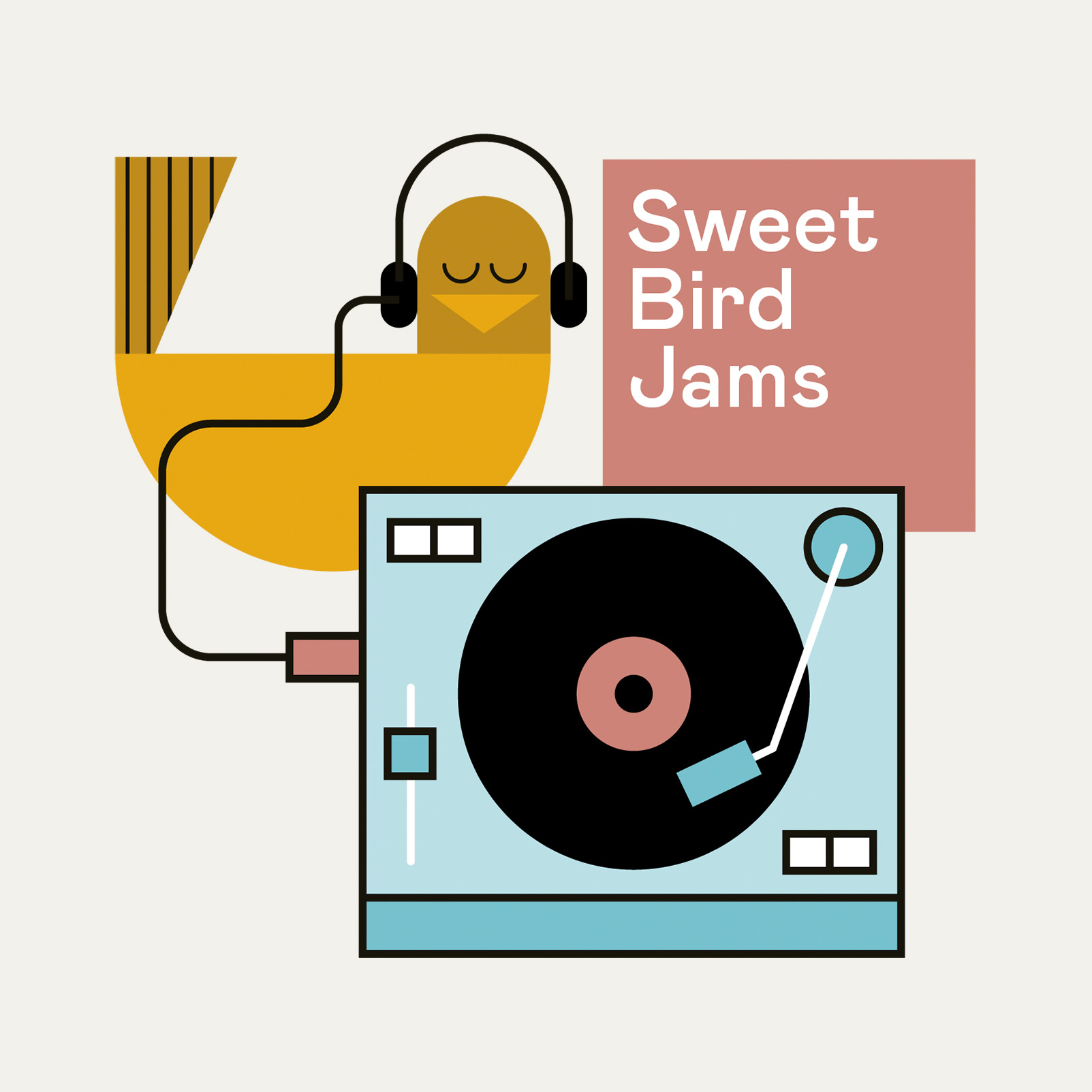 Though Pimentel is quick to point out he is a farmer and not a doctor, living with dogs, cats, goats, chickens, and horses has taught him a thing or two about caring for animals. When one of his oldest female goats started having difficulties walking, he gave her CBD. Within a few days the goat began regaining mobility, which Pimentel attributes to CBD’s anti-inflammatory properties. Pimentel also faced a dog with cancer when Ella, the oldest of the German shepherds on his farm, became extremely lethargic and couldn’t keep food down. He brought her to a vet who ran blood work and x-rays. Sadly, Ella’s liver was covered in tumors. The vet didn’t give her long to live but did prescribe antibiotics.

The problem was Ella wouldn’t eat even the small amounts containing the antibiotics. Pimentel naturally began treating Ella with a high dose given her extreme condition. Ella stirred a little after two days of treatment and began moving more by the third. She regained her appetite somewhat, accepting small amounts of food and the antibiotics from Rebecca. Improbably, the eleven-year-old dog began recovering. “My home is a farm and our dogs bark,” Pimentel explained. “When she barked on the third day, that’s when we knew she was feeling better. She also lost her incontinence after day three. It’s been 45 days and she’s better than she’s been the last two years.”

Even after consulting a professional, finding the right product can be daunting. The importance of selecting reputable producers who are transparent and use testing is essential. Not all products are created equal. Some contain little to no CBD or are contaminated with pesticides and other potentially harmful agents. It’s also important to check all the ingredients and to consider any unique pet allergies.

Since tinctures are the preferred way to give animals CBD, it is important to know what other ingredients are being used to make them. Any tincture will rely on a solvent to extract the active ingredients from the plant. We recommend ones that use coconut oil for dogs and cats since it has minimal side effects, especially at the low amounts that would be used in a tincture. Also consider extraction methods, meaning the way CBD and other ingredients are separated from the plant. We recommend extracts that use CO2 instead of butane or ethanol as the latter two could leave behind potentially harmful residues. 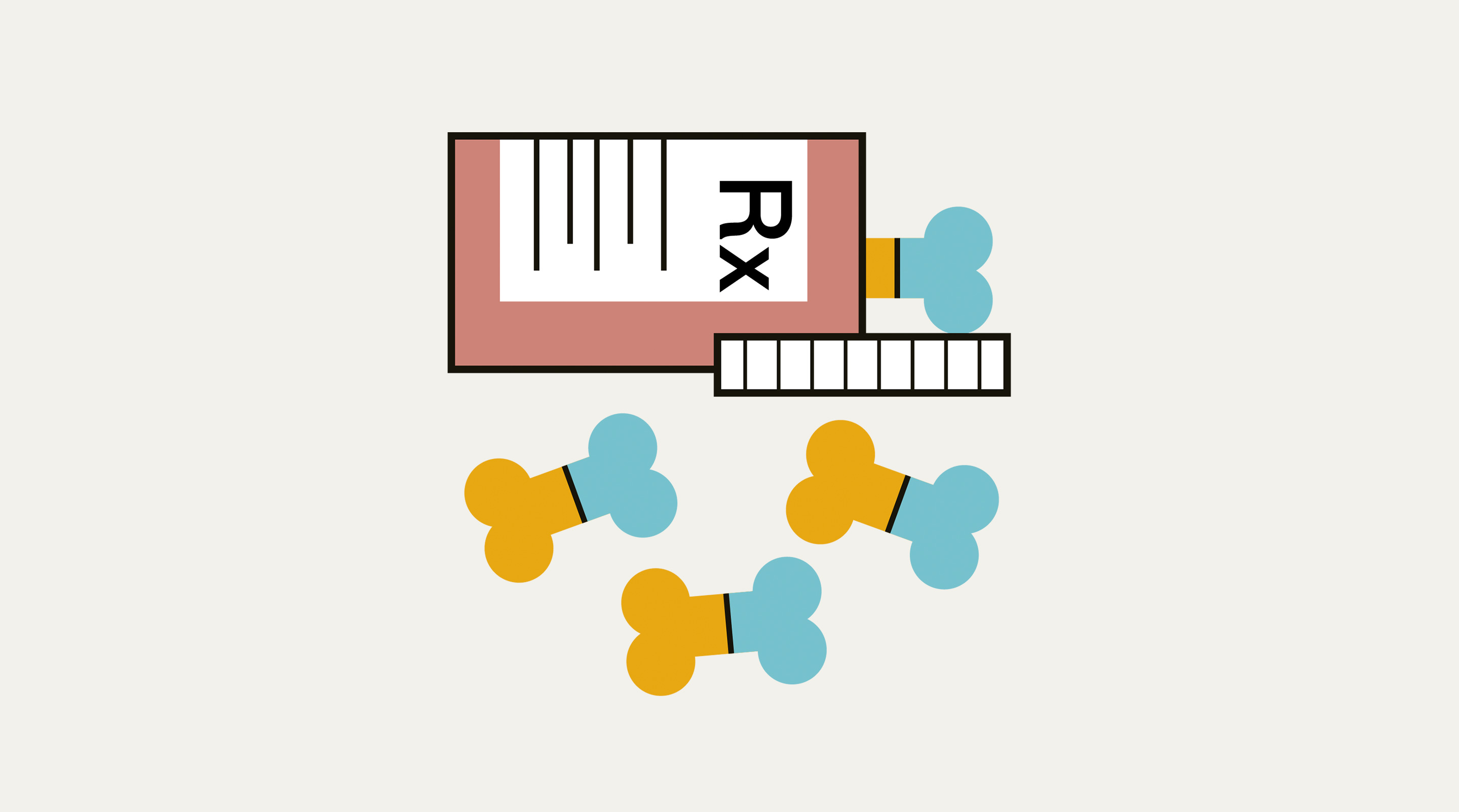 Also, there are a number of CBD extract types and it’s important to understand the differences. CBD isolates are extracts containing just CBD. Broad-spectrum CBD extracts contain CBD and other chemicals such as terpenes and flavonoids but could have either trace amounts of THC or none at all. Full-spectrum extracts often contain CBD, THC, and other cannabinoids. Full-spectrum extracts made from hemp contain low amounts of THC and work well for medical uses because they preserve what is called the entourage effect, which describes how chemicals working in concert can boost each other’s therapeutic effects and even mitigate side effects such as psychoactive properties.

“As with any medicine, the best dose is the minimum necessary one.”

Because of this, full-spectrum extracts are good for medicinal use. They preserve the entourage effects but will not get you, or your fur baby, too high. Luce Farm's Full Spectrum Hemp Extract is used by Proper staff for ourselves and our pets to great effect. Others, such as those available from VETCBD, provide helpful dosing instructions, though this product is currently only available through California dispensaries.

And one last note about dosing THC for pets: while some studies have found THC to be safe for dogs even at higher dosages, others have found oral doses of three or more grams of THC can be lethal. To be clear, that dose is the equivalent of 3000mg of THC, which would be nearly impossible for your dog to consume unless they broke into some extra-loaded, black-market brownies. In any case, we recommend you avoid giving THC-containing products to dogs.

As with any medicine, the best dose is the minimum necessary one. Like people, different species and individual animals can have different reactions. The Cornell study found doses of 8mg of CBD every 12 hours were safe for dogs, while Pimentel gives his 65-pound dog three times that. However, we recommend starting with doses of 5-8mg unless directed otherwise by a medical professional. “Dosing can vary from patient to patient, and may vary for different conditions. The general advice of start low, go slow, and gradually titrating up to find the optimal dose applies,” says Dr. Tim Shu, the CEO of VETCBD. “We're still very much in the transition phase of legalizing cannabinoid therapeutics, and while there will be bumps in the road, the future is promising for more patients to benefit from cannabis.”

Jeff Kronenfeld is an independent journalist and proud medical card holder based in Phoenix. He covers a range of beats, everything from breaking news to investigative pieces to profiles to community journalism.