This Guy Wants To Hack Your High With Rare Cannabinoids

If THC and CBD are the salt and pepper of weed, rare cannabinoids are everything else. LEVEL's Chris Emerson, Ph.D. explains why you should try them all.

THCA, CBG, Delta-8, CBD. This is not a chemistry quiz answer but an ingredient list. With the exception of CBD, they’re all little-known, often-ignored cannabinoids that didn’t mean much to me when I tried LEVEL’s Hangover ProTabs for the first time. Sure, I’d read up on the pain-relieving properties of CBG and anti-anxiety benefits of THCA because being informed is part of my job. But even I could not have expected this cannabinoid cocktail to fundamentally alter my view of the plant—and rock my body in the process.

But I’m getting ahead of myself. Like most fans of the herb, I’d only ever come across trace amounts of rare cannabinoids. They all showed up in fractions of a percent and tended to disappear behind the one cannabinoid we typically show up for, Delta-9 THC. Which is why, when LEVEL came out with concentrated amounts of rare compounds in pill format a couple years ago, I had to step back and ask myself: What was I missing by focusing on THC and CBD? I’d only recently figured out a balanced ratio of THC and CBD resulted in a far more relaxing high than I could get from consuming only one or the other. Little did I know, I was just scratching the surface.

“We wouldn’t be able to get to unique or different effects... if we were playing with the same cannabinoids.”

As LEVEL’s Chief Scientist and co-founder with a doctorate in small molecule chemistry, Chris Emerson, Ph.D. tends to take the small stuff seriously. “Most individuals who get the same training I do either go work for big pharma and do research for drug discovery,” Emerson told me over the phone, “or they manufacture drugs on a commercial scale.” And then there’s the third option in which they stay in the academic world and teach the next generation of chemists. As you can probably guess, Emerson chose a different route altogether. Between his training in chemistry and fascination with plants, he felt primed to do something unique with cannabis.

At a time when just about everyone set their sights on increasing THC levels (often at the cost of other cannabinoids), Emerson and his team realized you could only do so much with this approach. “We hypothesized we wouldn’t be able to get to unique or different effects from cannabis if we were playing with the same cannabinoids,” he said. To put this into perspective, imagine a world in which chefs season their food with only salt and pepper. Would you still expect to have a wildly different experience from one restaurant to another? In reality, chefs have hundreds of spices at their disposal, some of which are easier to access than others. Similarly, cannabis plants produce more than 65 known cannabinoids, THC and CBD being the most abundant.

“For THCV, we found even at 1mg people can have a physiological response.”

So, Emerson and his team began asking themselves how they could actually go about accessing more unique cannabinoids. Keep in mind, this is a federally illegal substance we’re talking about, meaning credible research can be hard to come by. Emerson had to dig deep into peer-reviewed studies from other countries (notably Israel) along with mountains of anecdotal evidence. And despite finding weaknesses in some of the data, he and his team were able to identify overarching trends—some of which clashed with dominating cultural perceptions. 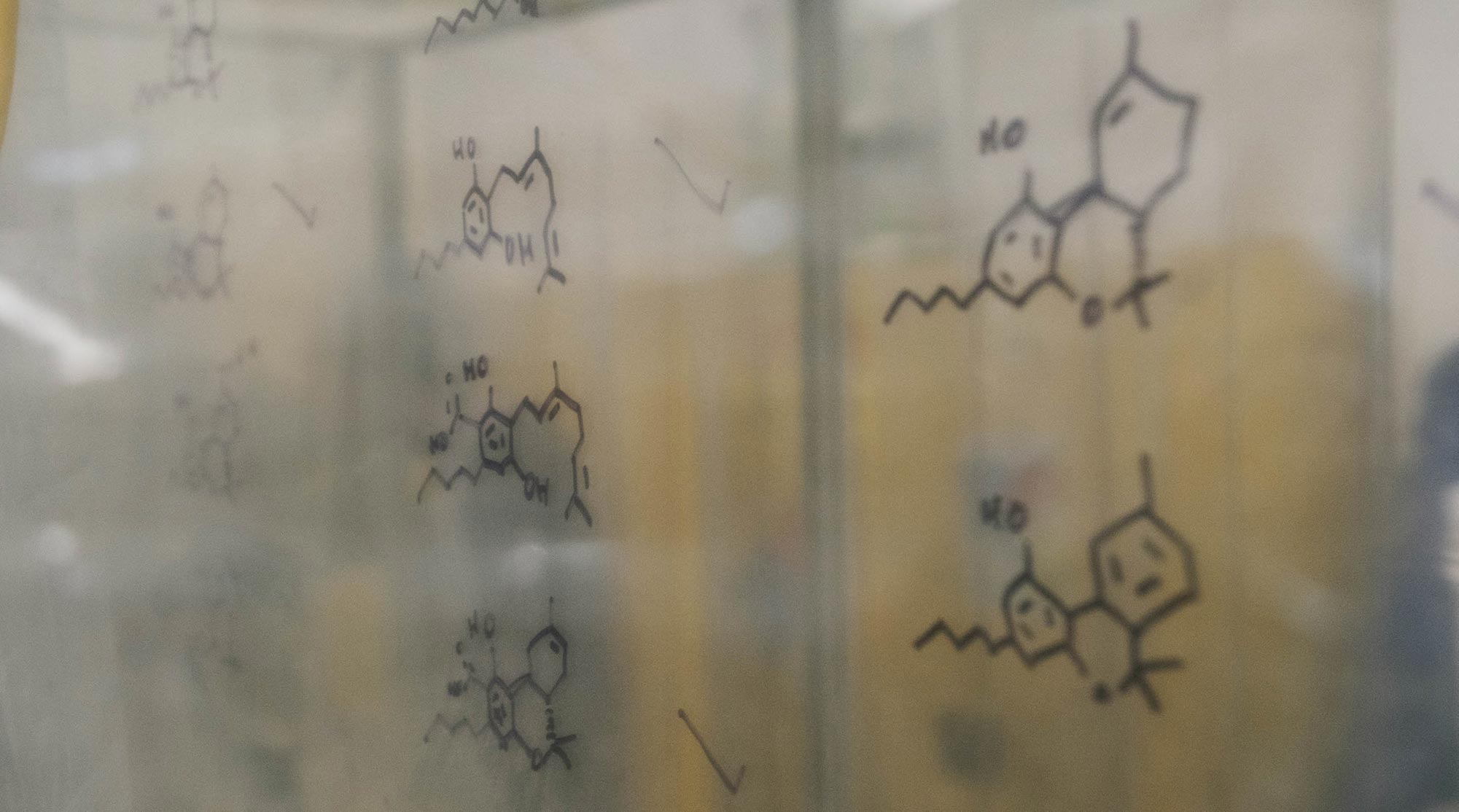 Up until recently, you’d be hard-pressed to find edibles with less than 100 milligrams (mg) of THC on dispensary shelves. Which is why longtime consumers might be surprised to learn that most people’s bodies respond to just 3mg of a given cannabinoid. For others, 3mg is enough to address certain issues. “That’s across a host of cannabinoids,” Emerson said. “THC, THCA, Delta-8, CBG, CBD. For THCV, we found even at 1mg people can have a physiological response.” Certainly tolerances can change over time, but the salient point here is that a small dose can affect our bodies in ways we don’t immediately feel—much like daily vitamins. For those who desire the potential benefits of cannabis but don’t necessarily want to feel “high,” this insight is a game changer.

Emerson and his team also discovered that when it comes to maximizing absorption to achieve targeted effects, consumption method matters. The evidence was largely anecdotal but there was also some peer-reviewed research to suggest that when you smoke a full gram of average potency flower (or one jumbo joint), you end up consuming only 2.5 to 4mg of THC. Pick up any premium box of pre-rolls and you might read on the label they contain 20% THC, 1% CBD, and 0.1% CBG. So, if the goal is to get 2mg of CBG in your system, you’d have to smoke something like 200 of those joints to get there. You face a similar issue with vapes where a lot of the compounds get lost in the process of consumption. 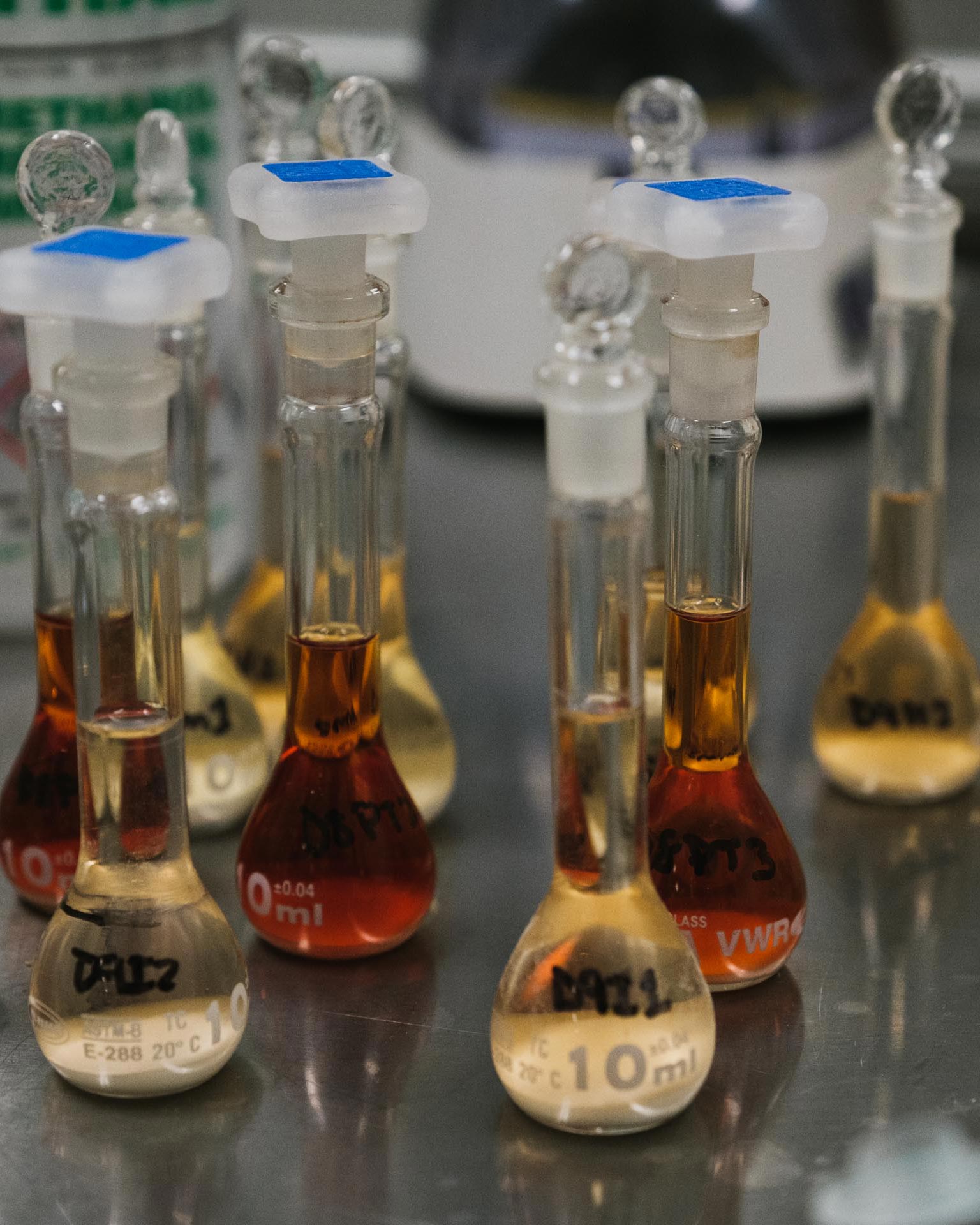 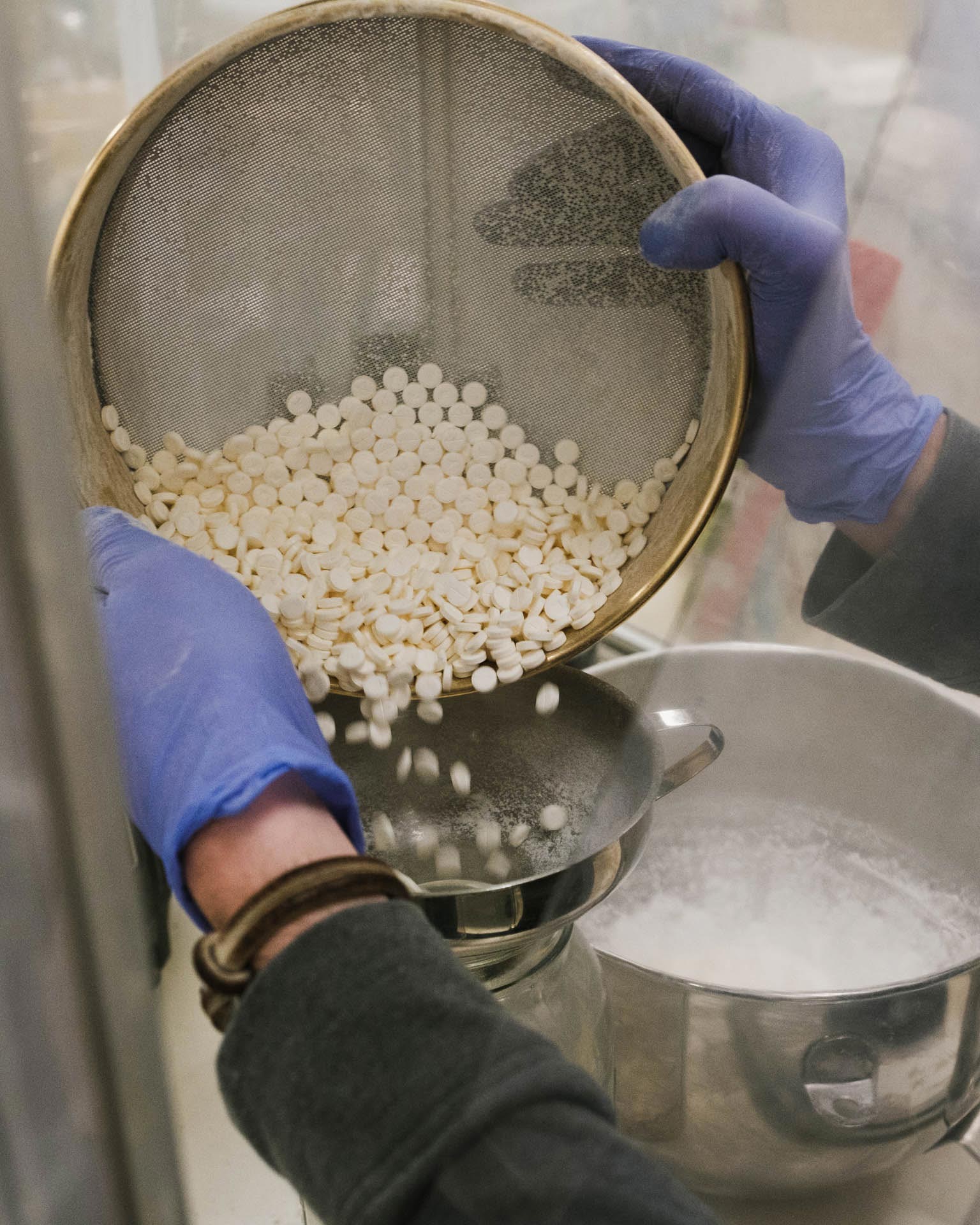 As a result, Emerson and the LEVEL team chose to deliver rare cannabinoids via pills you swallow (the ProTabs) and tablets you dissolve under your tongue (the Tablinguals). These delivery methods cut down on waste, which is great for you but also advantageous for them. As you’ve likely pieced together, distilling rare cannabinoids is crazy expensive. This also explains why very few brands have taken on the task.

But for Emerson and the rest of the LEVEL crew, the effort is worth it. As he explained it to me, “We want people to be able to walk into a Walgreens or CVS with a headache and go to the pain aisle and see there’s an Advil option and a LEVEL Protab.” They may have a long way to go before we’re all living in that world, but the experiences they’re providing in the meantime could certainly pave the way toward it.

On a morning when I had a lot to do and no motivation to do any of it thanks to a lingering beer headache, I swallowed one Hangover ProTab with some tea before heading out the door. Twenty minutes later, while standing in line at Pep Boys, it occurred to me I suddenly felt less like a cactus and more like a human jello mold. Annoyance about having to get my tire patched on a Sunday turned into a deep appreciation for the people willing to help me. I took my new jello legs for a spin and completed the rest of my errands like they were the highlight of my week. To be clear, this is not how hungover Sunday mornings normally go down for me.

On other occasions, these powerful little pills helped me get some of the best sleep in my life and recover from an intense workout. Now I’m not just a fan of Hangover ProTabs, I’m high-key obsessed. The product does exactly what it intends to do—and then some. Though I should make it clear other LEVEL products tend to have milder effects. For instance, their Delta-8 ProTabs provide a subtle easing of tension while the Calm Tablinguals address mental fatigue. Whereas the Hangover ProTab is a weekend panacea for me, many of the single-cannabinoid products are more like weekday supplements.

When used in conjunction with a balanced diet and exercise, these products can be part of a wider wellness toolkit, one that involves listening intently to our own bodies. As Emerson put it, “You should trust the products you’re taking, but you also have to realize that cannabis isn’t a silver bullet. It doesn’t solve the problems, and it doesn’t cure those things for you. What it does is take the edges off and take care of the uncomfortable parts so you can figure out what the actual root cause is and address it.”

For the longest time, it seemed no one expected much from pot beyond a goofy, giggly feeling and a case of the munchies. Then super-strong edibles and concentrates entered the scene, adding paranoia and pot-induced freakouts to the list of potential outcomes. As weed goes mainstream, the focus will continue to shift from high-octane highs to specific feelings and targeted effects. That’s the promise anyway, and one LEVEL seems on track to fulfill.

If you want to learn more about rare cannabinoids and what they’re good for, be sure to check out our glossary. You can also learn more about LEVEL products here, and if you’re in San Francisco, you can get several delivered straight to your doorstep via Parcel.