Why Indica, Sativa, And Hybrid Don't Tell The Whole Story

Say goodbye to old labels and hello to better highs.

From the foothills of the Himalayas across the Fertile Crescent to the banks of the Nile River and beyond, humans have molded and experimented with cannabis for thousands of years. However, it wasn’t until the late 1700s that the French naturalist Jean-Baptiste Lamarck proposed we make a distinction between Cannabis sativa and Cannabis indica. New discoveries about the active compounds and biological functions of cannabis have since upended this centuries-old debate, offering users new tools in understanding and predicting how they’ll react to a particular product.

Most cannabis users are familiar with the idea that indicas cause a relaxing body high while sativas give energy and induce more psychoactive effects. Outdoor gardeners and indoor horticulturalists alike may think of sativas as taller, thinner plants and indicas as shorter, bushier ones. However, nearly all cannabis varieties in the U.S. today are hybrids, many with somewhat mysterious parentages due to decades of marijuana prohibition. During that period, growers frequently cross-pollinated cannabis plants while selectively breeding for higher levels of THC. At the same time, advances in the cultivation and production of unfertilized female flowers helped drive THC levels up and up.

“The original name of Cannabis indica was applied to something that looks nothing like what people commonly call indica today.”

According to Dr. Ethan Russo, who works as the director of research and development at the International Cannabis and Cannabinoids Institute, strain names in addition to the umbrella terms hybrid, indica, and sativa have outlived whatever usefulness they may have once offered. “Part of the problem is the original name of Cannabis indica was applied to something that looks nothing like what people commonly call indica today,” Russo says. “These labels are meaningless and should be abandoned.”

Russo further points out that a plant’s appearance—its height, structure, or leaf shape—doesn’t necessarily predict its chemical makeup or intended effects. A 2015 study looking at the chemical compounds in 494 flower and 170 concentrate samples supports this position. As the study’s authors reported, “The observed data does not support the classification between indica and sativa as it is commonly presented in current cannabis culture. A new classification system is needed to further the medical utility of cannabis products for patients to enable them to communicate better with physicians and health care providers.” While humorous strain names may hold sentimental value, they've been superseded by advances in testing and the understanding of how the chemicals in cannabis work. But if the old names and categories aren’t helpful, what guideposts can consumers look to? 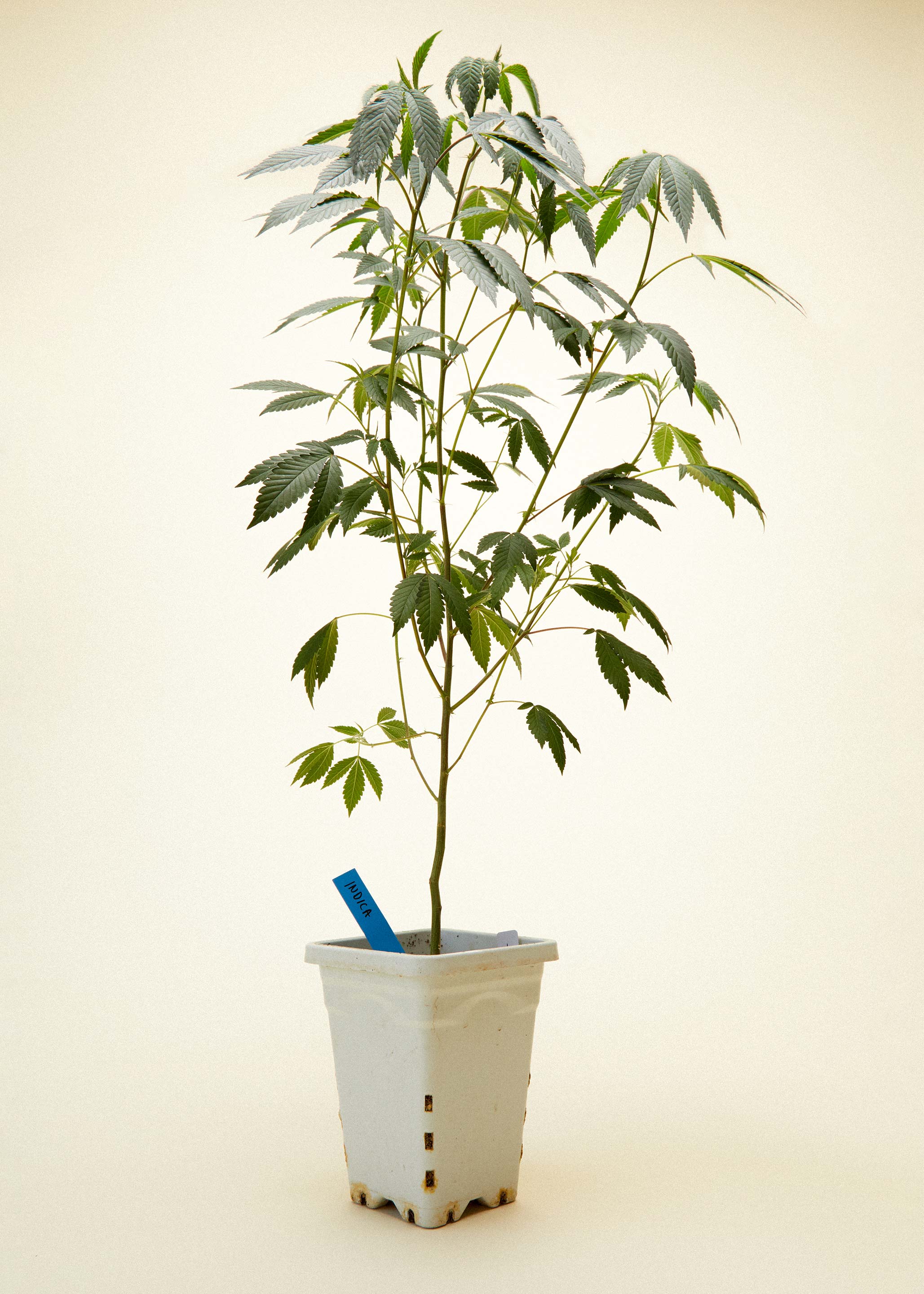 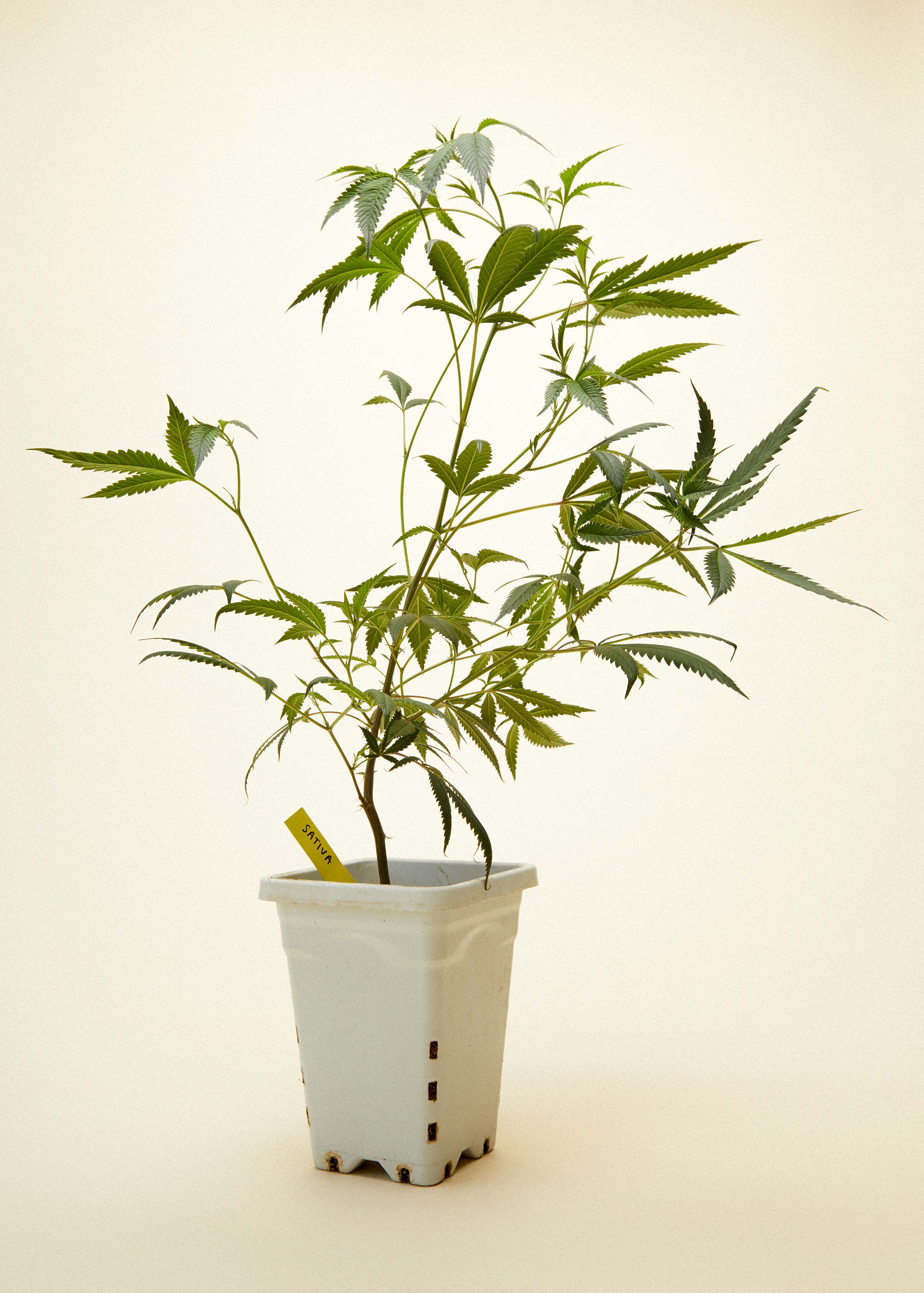 Beyond Indica vs. Sativa

Moving beyond traditional terms for cannabis types will require a little more work for both brands and consumers. As Russo explains, “What consumers really need to know is what’s in the material they're purchasing, [namely] the cannabinoid content and the terpenoid content." When it comes to determining whether that flower you bought will leave you feeling uplifted or relaxed, these compounds are far more predictive than the loose categories of indica and sativa.

You likely already know THC is the main psychoactive ingredient in cannabis, but it does more than elicit that classic head high associated with the herb. It’s also the main reason you might experience short-term memory impairment, muscle relaxation, and food cravings—AKA the munchies. Many consumers still gravitate towards products with the highest percentages of THC thinking this will give them the best value. In reality, other active compounds in cannabis (like terpenes) can boost, reduce, or modify the effects of THC in addition to causing their own effects.

The second-most abundant chemical in cannabis is CBD. Like THC, CBD is a cannabinoid that acts on receptors in the brain that are part of the endocannabinoid system. While CBD seems to be everywhere these days, its effects are still somewhat underappreciated by those retaining a THC bias from the black market days. While CBD and THC share certain benefits like pain reduction and anti-inflammatory effects, CBD specifically has anti-anxiety and antipsychotic effects. Russo says, “It will actually reduce side effects attributable to THC.” 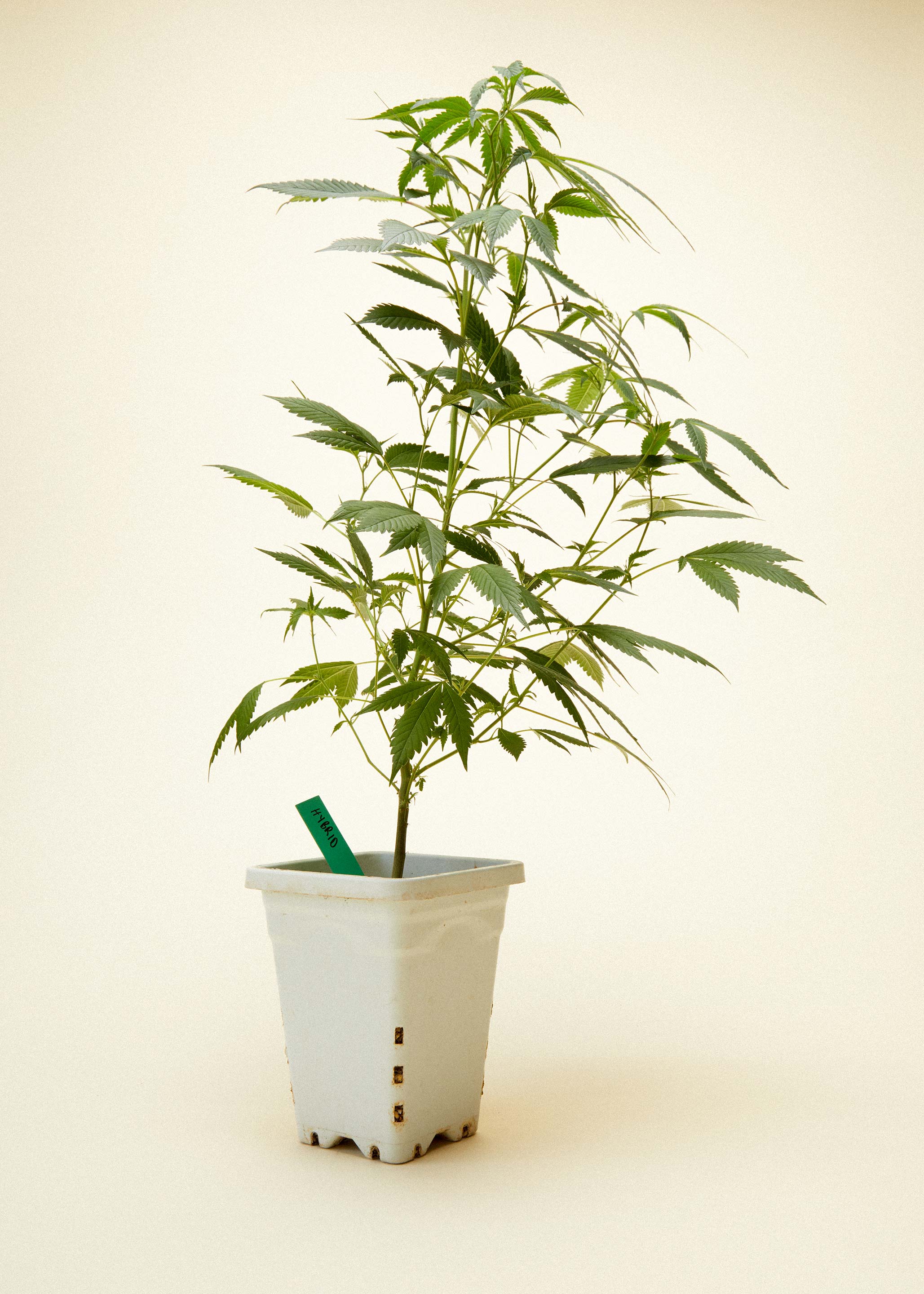 THC and CBD may be the most significant cannabinoids affecting your weed experience, but they are only two of the 113 researchers have identified so far. Though these are mostly present in small or trace amounts in common varieties, Russo says there is work being done to selectively breed cannabis cultivars (the more scientific term for strains) that produce higher concentrations of these THC cousins. Though THCV may have some intoxicating action, for example, most lesser-known cannabinoids don’t. They do exhibit a range of other, hyper-specific characteristics, such as CBN’s sedative qualities or CBC’s pain-blocking ones. While a few brands like LEVEL and Mary’s Medicinals are making products with higher concentrations of these lesser-known cannabinoids for more targeted, predictable effects, the expense prevents most brands from following suit.

The Entourage Effect and Terpenes

Coined by a pair of Israeli researchers in the late ‘90s, the entourage effect explains how cannabinoids and other compounds in cannabis act in concert, boosting effects or reducing side effects. Of particular interest here are terpenes, the essential oils responsible for much of the smell and flavor of cannabis and other plants—though they do a lot more than impart citrus or skunk notes to pot’s palate. “These quite distinctly influence the effects of cannabis and can contribute to pain alleviation, as well as modifying the psychoactive effects, reducing short-term memory impairment, and also affecting mood,” says Russo.

In a paper authored in 2010, he identified a number of terpenes thought to cause certain effects, such as limonene, myrcene, pinene, and others. He identified myrcene as having sedative properties, noting it may be involved in the “couch-lock” effect traditionally associated with indicas. Pinene, which is the most commonly encountered terpene in nature, may counteract short-term memory loss. Limonene showed anti-anxiety, anti-depressive, and anti-carcinogenic properties. While additional information exists on these and other terpenes and their suspected effects, a significant aspect of the entourage effect is not viewing these compounds in isolation, but rather understanding how they all interact to either boost or reduce each other’s effects.

So, What Does This Mean For Me?

Banishing the indica-sativa-hybrid paradigm from your vocabulary might sound like a good idea until you realize most of the products on dispensary shelves use those labels. To prevent your brain from exploding the next time you shop, think of it this way: These labels aren't 100% accurate, but they can be a shortcut. Similar to the way we use "night" and "day" to approximate the time our patch of earth spends in and out of the sun's path, indica and sativa are rough descriptors for daytime and nighttime highs.

Point being, these labels may be the first step towards figuring out the right high for you, but they shouldn't be the only step. Here at Proper, we rely on our Cannabis Committee to test products in every legal market and determine what they're good for, effectively eliminating the need to rely solely on outdated strain names and overly general labels. Over the course of two separate rating sessions, Proper raters are able to determine not only the quality of a product but what situation it would actually be best suited for—whether that’s sleep, socializing, or running errands. You could always go the traditional route and ask your budtender which products will help you achieve your desired effect, but you'll want to stay away from bulk bins of flower and unbranded products. They typically fail to provide the detailed, batch-to-batch information you need to make an educated guess about their effects.

All of that said, if you’re new to the cannabis scene, expect to go through a little trial and error. People naturally have varying amounts of endocannabinoid receptors and endocannabinoid levels, and these differences play a factor in how you’ll react to cannabis. First-time users will benefit from starting with low-THC, high-CBD products to minimize the potential discomfort of overdoing it. New and experienced users alike could benefit from keeping track of products they’ve tried and what effects they elicited. When it comes to weed, the more educated you are about the plant and your own preferences, the better off you'll be.

Jeff Kronenfeld is an independent journalist and proud medical card holder based in Phoenix. He covers a range of beats, everything from breaking news to investigative pieces to profiles to community journalism.