Why Is Everyone Obsessed With California’s Emerald Triangle?

It all begins with morning fog and a bit of California sunshine.

It's no secret California produces some of the best cannabis in the world. Specifically, weed farmed in the northern region's Emerald Triangle—where Humboldt, Mendocino, and Trinity Counties converge—is revered as having some of the dankest of the dank. But why do people think this county carries weed magic? The answer lies in a few different places.

In the Emerald Triangle, cannabis is cultivated in abundance. Here, weed plants have been rumored to grow into actual trees (sometimes reaching more than 15 feet tall) thanks to some of the most ideal natural conditions on the planet. The area's rich soil and Mediterranean climate are to weed what the geology of the Napa Valley is to wine. The morning marine layer covers the hills in a dense, plant-nourishing fog while the "terroir" adds a unique flavor to the finished herb.

"In terms of indoor, hydroponically grown cannabis, there may not be much difference between a plant grown in Eureka and one grown in Los Angeles," reads a Leafly report on the particularly high quality of Humboldt County weed. "But the same isn’t true for cannabis grown outdoors. Just as wine connoisseurs sing the praises of Napa Valley or France’s Burgundy region, some in cannabis say the Emerald Triangle’s soil itself is special."

Toward the end of the 1960s when the counterculture movement was reaching its peak, many of the free spirits and flower children who once smoked grass in San Francisco’s Dolores Park suddenly migrated en masse to the Emerald Triangle. Soon enough, they'd learn how to grow the good stuff, starting several makeshift marijuana farms throughout the region’s dense hills and forests.

Today, weed grown in the Emerald Triangle fetches higher prices than much of the other product currently being cultivated and sold at commercial scale. Cannabis growers in Mendocino County alone already generate an estimated $1 billion a year, and marijuana represents nearly two-thirds of the local economy according to a county-commissioned study. The cannabis in Humboldt County (California’s first municipality to adopt a commercial land use ordinance for marijuana) is so renowned that it's causing spikes in the price of land and real estate in the area. Weed farmers in the county take considerable pride in their product—so much so that Humboldt-grown weed even carries "proof of origin" labeling.

Over the last five decades, growers have developed techniques and strains exclusive to the Emerald Triangle, subtleties that ultimately rely on the area's biodiversity. "Micro-climate-specific, and strain-specific knowledge; how to deal with pests and diseases naturally, knowing what strain to plant where, which plants are more susceptible to producing powdery mildew, and [knowing] how to use companion planting to your advantage" is crucial to cultivating cannabis says Simon Evers of Elysian Fields in Mendocino County.

Some chalk it up to the climate, others love the growing process. Evers describes the weed-growing business in Mendocino as a lifestyle, telling Proper, "We are stewards of the land. We don’t use chemicals or pesticides. We really don’t even use liquid fertilizers. We try to go one step further than organic farming. We’re aiming for long-term sustainability, and what we believe will allow us to achieve that is really focusing on the soil and cultivating living soil."


Elysian Fields sits on fifty acres of land that Evers’ family has been preserving for generations. It’s a practice, he says, that could describe many parcels of land in the Emerald Triangle. "The knowledge and the heritage and the culture of this area is so closely tied to the climate and microclimate of the region," says Evers. "In the summertime, you have these hot, dry days that are very conducive for fast, vigorous growth. And as the plants transition into flower toward the end of summer and the days grow shorter, cool nights allow for the flowers to ripen. At this time, the trichomes are being produced, and the cannabinoids are being concentrated, and it’s all kind of magical but also a result of the micro and macro-climates of the region. It really is the perfect storm for amazing cannabis to be produced."

Evers maintains that monocrops—or the practice of growing a single crop on the same patch of land each year—can create a very weak ecosystem. Instead, integrating cannabis into a larger, more biodiverse "forest" of plants can be crucial for the quality of the end product. Evers happens to sell his sun-grown cannabis with the help of Flow Kana, a marijuana retailer that focuses on small-batch, boutique strains. The brand distributes Emerald Triangle marijuana grown by a membership of approximately 100 small farms all throughout the Golden State. 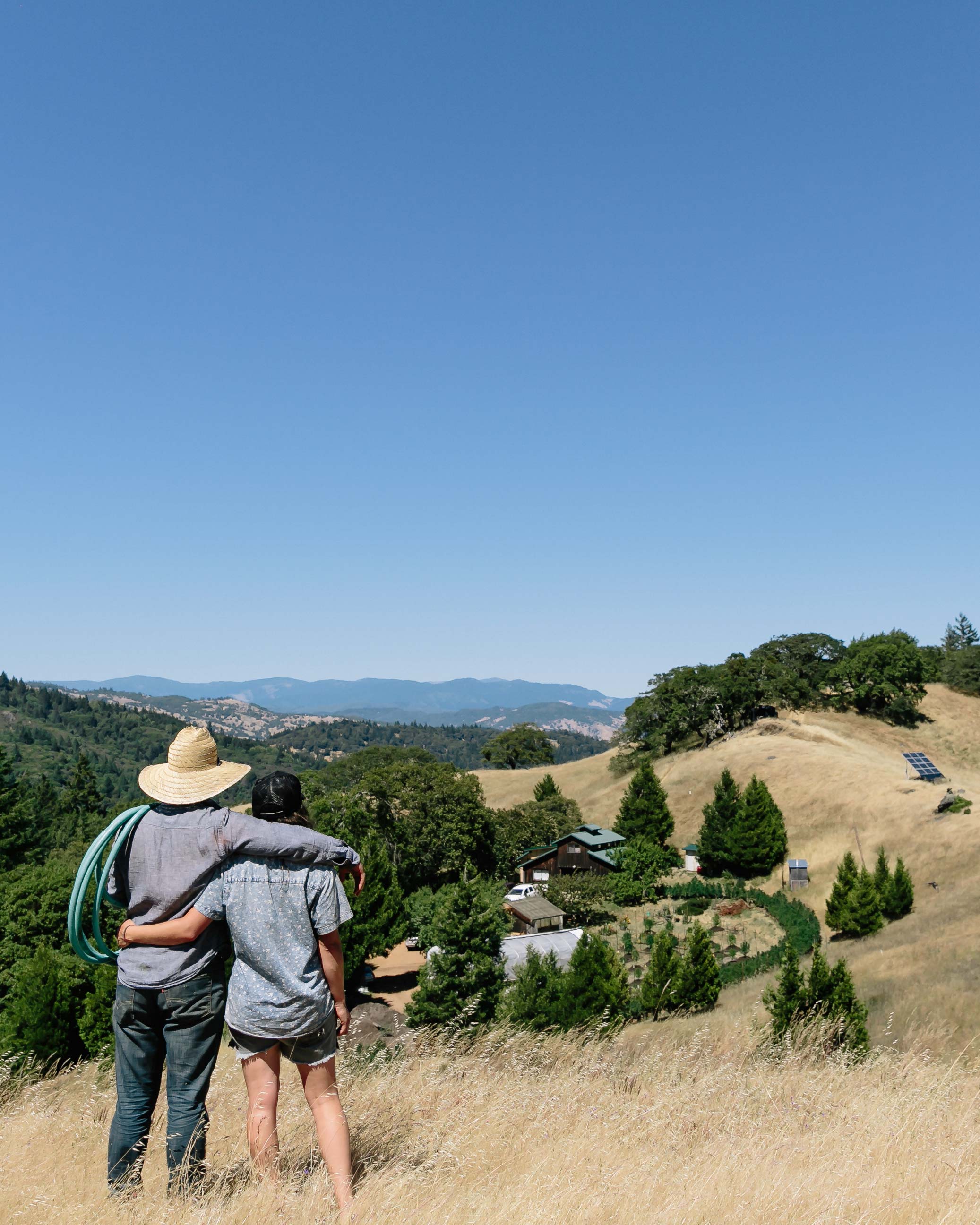 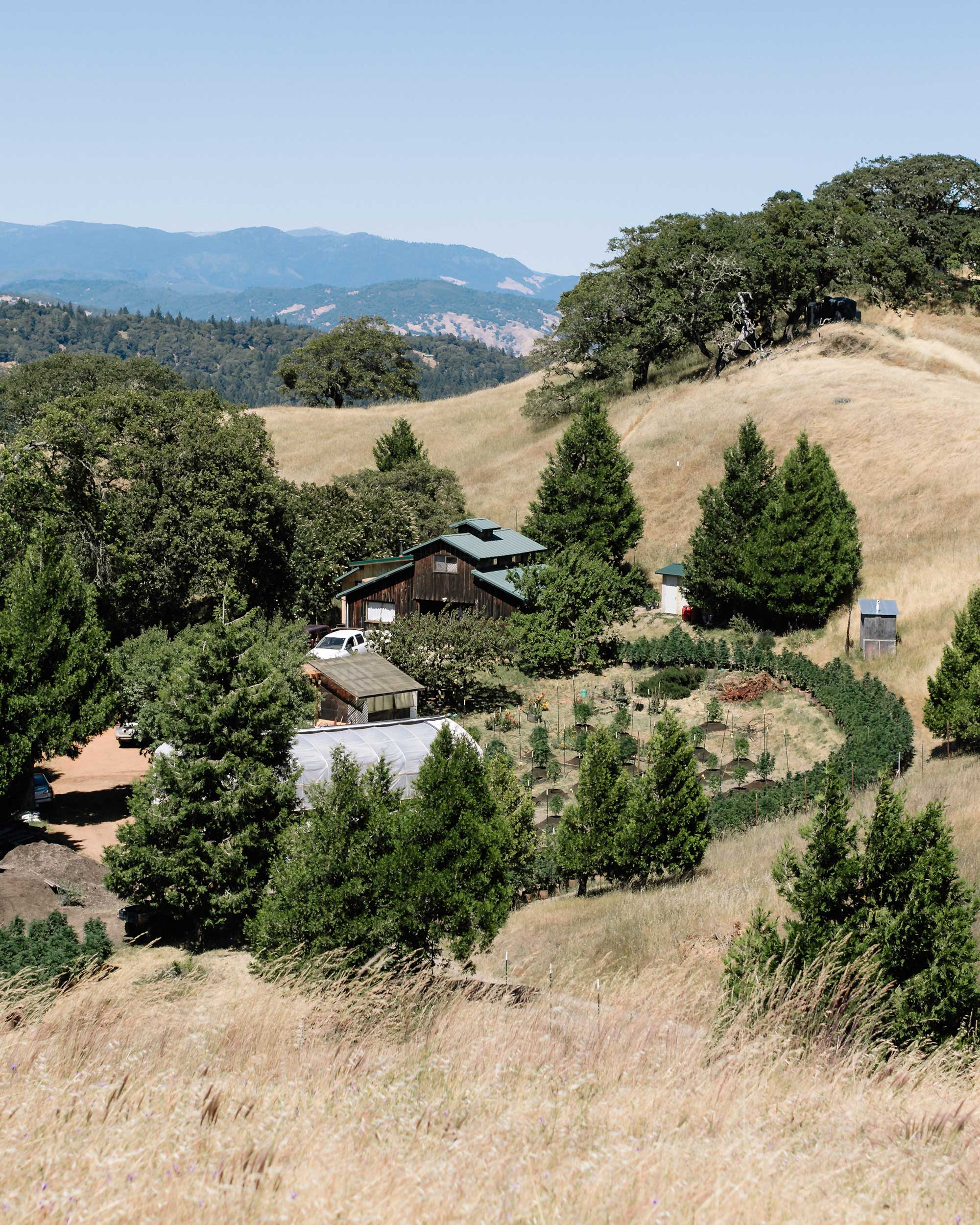 Though even in the magical weed-growing microclimate of the region, cultivating marijuana for medical, recreational, or any purpose is a violation of federal law. And black market growers with little regard for the environment are detrimental to pretty much all wildlife and natural resources. This unsustainable practice puts the uniqueness of the Emerald Triangle’s biodiverse ecosystem at risk.

One study that examined watershed levels and the impact of illegal marijuana grows on local creeks and water sources in southern Humboldt County found that "water demands for marijuana cultivation exceed streamflow during low-flow periods." And because the demand for fresh water to cultivate weed exceeds the immediately available supply, black market growers often re-route streams and creeks entirely, building artificial dams and other rigged means of diverting water to their farms. Luckily, as legalization takes hold and the state’s recreational market levels the playing field, the illegal weed grows will likely be policed or priced out of existence. And then there are the people actively working to preserve the area’s natural resources.


Growing weed is something John Casali takes great pride in. For the greater portion of his life, Casali has raised and developed high-grade, organic marijuana strains at Huckleberry Hill Farms, a family business he runs in southern Humboldt County. "Some of my chores when I was growing up were checking water tanks and making sure the cannabis plants were all good," says Casali. "We never looked at [marijuana cultivation] as something weird. It has always just been normal to us."

Striving to employ only the most environmentally friendly practices, Casali grows his family’s signature Fruitloops strain using rainwater captured by a system he built himself. The farmer also says one of his main goals is to show people that it is possible to cultivate cannabis outdoors without being wholly destructive to the local wildlife. For example, his farm has a groundwater recharge pond, which slows the speed of water reentering the local streams and creeks and extends the time in which the creeks surrounding Casali's property retain water. Similarly, Casali credits the region’s hot days, cool nights, fresh spring water, and unique microclimate as being ideal for growing marijuana. "There's no sediment that leaves my property and ends up in creeks, or in spawning tributaries," Casali says. "Every bud runs through my hand."

More than that, Casali sees the region’s farmers practicing sustainable, fish-friendly methods as having an angle that will compete with Big Agriculture. Which is why he helped found the Humboldt High Five, a local farmer collective that focuses on growing weed in the most sustainable way possible. "We want to give back to the community, we want to be a part of the community, and we want to be accepted into the community," Casali told the Eureka Times Standard.

It seems it’ll be the small, craft cannabis farmers of the Emerald Triangle that will carry on the region's tradition of cultivating marijuana responsibly and sustainably. Even though hydroponic, aeroponic, vertical, or any other such indoor cultivation techniques can without doubt produce some high-quality herb at commercial scale, it's the generational familiarity and craftsmanship of artisanal Emerald Triangle cultivators that makes their weed the stuff of legend. The area may not produce anything biologically better than other farms, but from the carefully cultivated environment to the intentionally human way of farming, it’s clear there’s something special going on here.

This article was created in partnership with Flow Kana.

All images courtesy of Flow Kana.

Stories and advice from the Proper staff as we go about testing every legal cannabis product in the country to find you the best products for every situation.