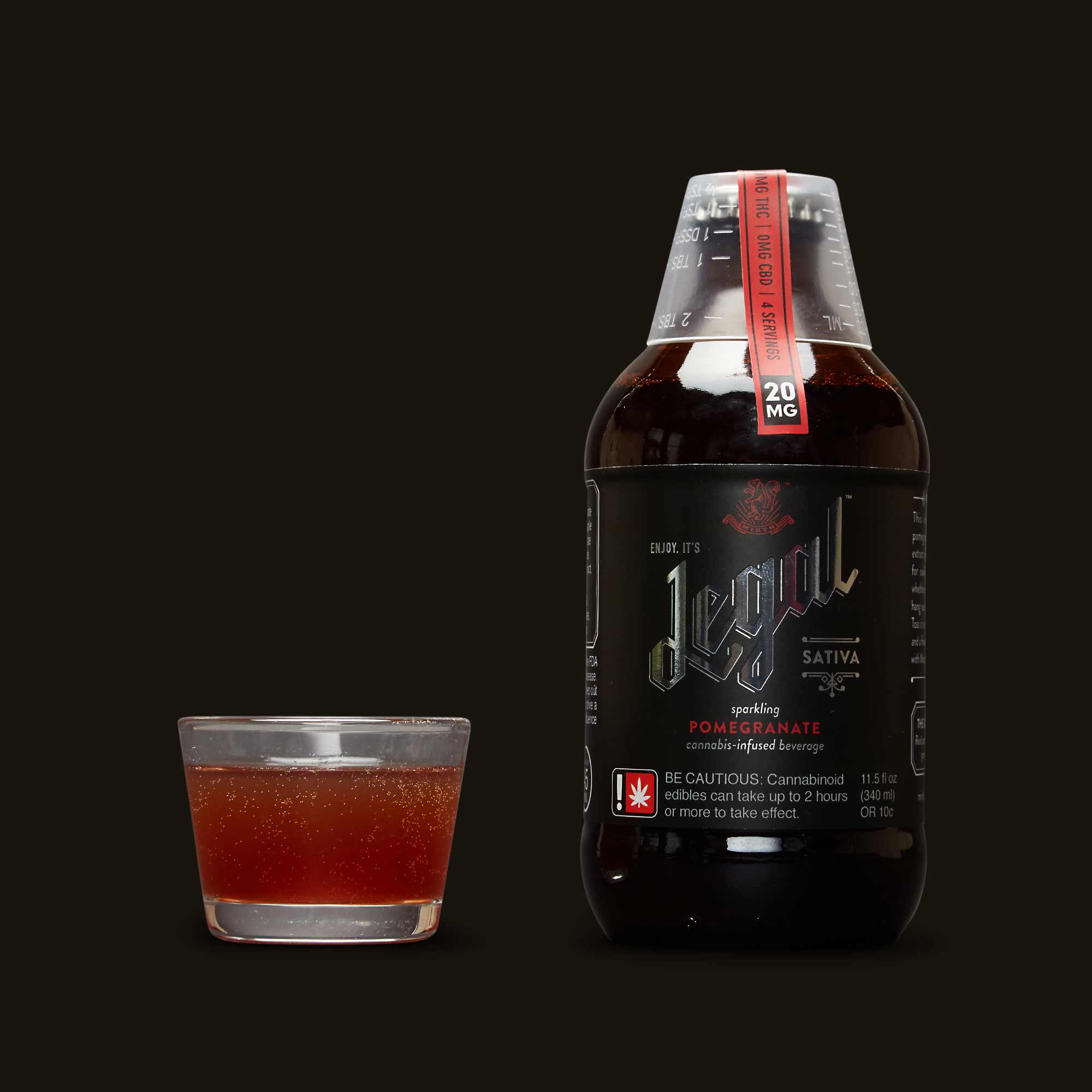 Mirth's Legal: Pomegranate is a mild and sleepy beverage with a gross flavor and aftertaste. Try diluting it with juice or seltzer to cut this sickly sweet drink. The high itself it typically mild and relaxed, sometimes paired with a light sugar headache if you're sensitive to that. It often feels like slipping into a warm bath.

Ranked 35 of 36 in Beverages for feeling Relaxed. 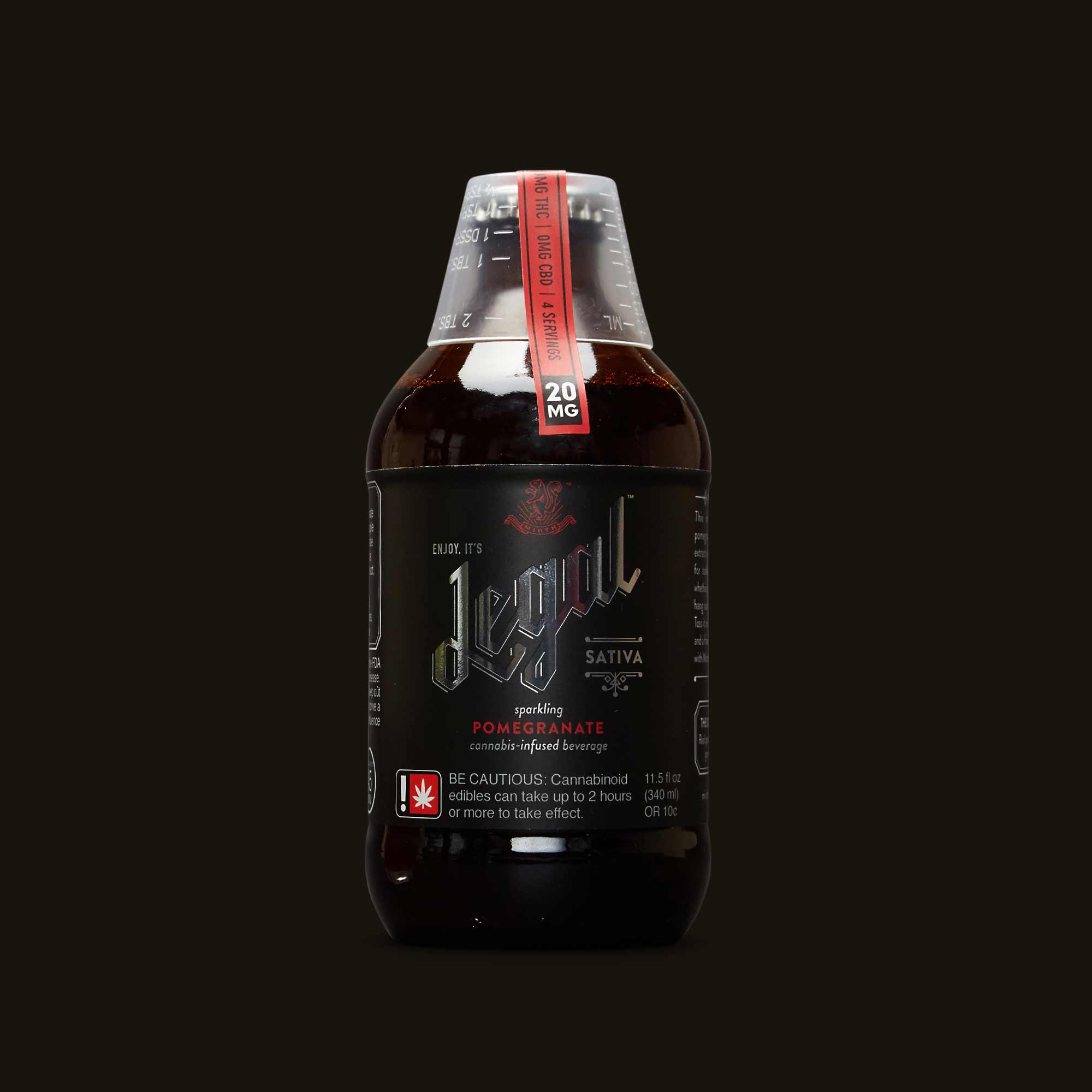 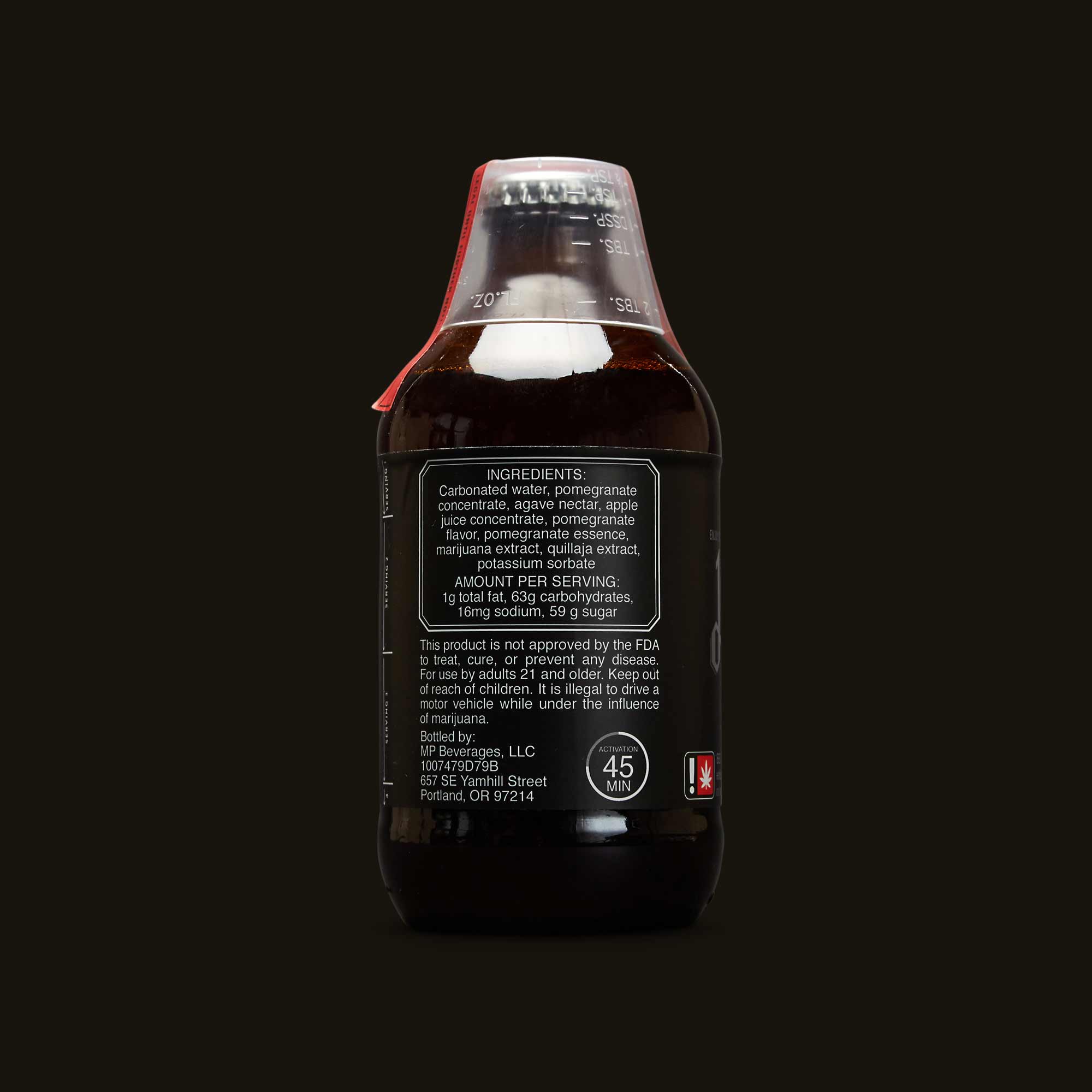 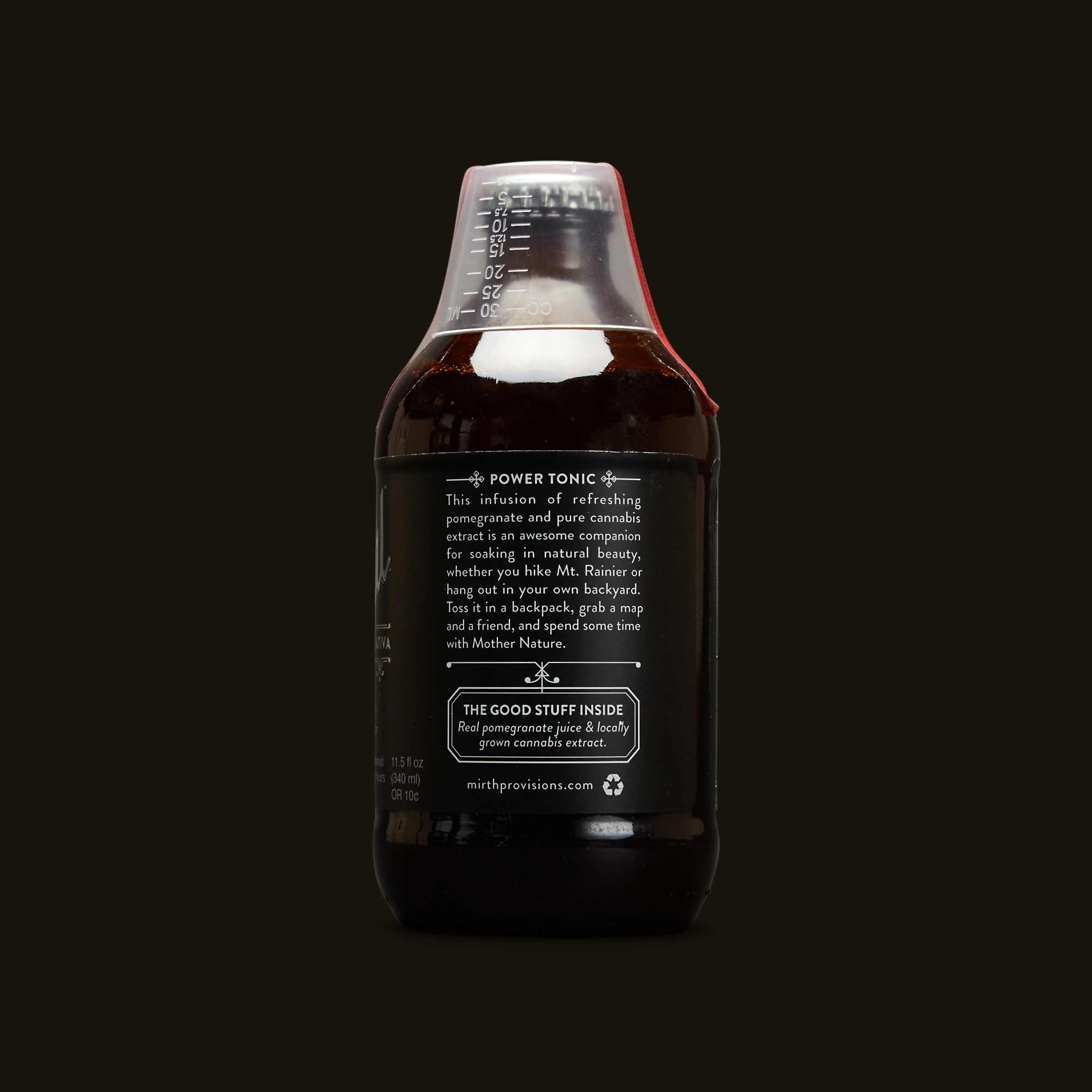 As our committee rates Legal: Pomegranate, we capture their experience in real time through our ratings app and report everything back here.

Ranked 35 of 36 in Beverages for feeling Relaxed.

The Rare Exception To My No-Soda Rule

Michelle Obama told me to quit drinking soda pop in 2008, which I did—mostly. On very rare, gravely hungover occasions, I partake in one Diet Coke. I’d also be lying if I said I turn my nose up at a well-made cocktail simply because it’s got an ounce or two of soda in it. But aside from that, you won't catch me sipping Fanta at the roller rink or sharing a root beer float with your dad. Though my fridge stays stocked with club soda (specifically, Pamplemousse La Croix) I try to prohibit sugary drinks in my home. So it was with particular concern that I partook in Mirth Provisions’ Legal Pomegranate Sparkling Cannabis Tonic. But then again, I realized I’d overlooked the very obvious potential for this tonic as a cocktail mixer. Sugary soda isn’t great for your physical health (Legal’s Mirth contains 30g of sugar per bottle), but cocktails are sometimes wonderful for spiritual and emotional health. So, I’m declaring the unhealthy sugar content a wash. Also, rationalization is so much easier when the “drank” in question is spiked with 15mg of THC.

One 3oz serving of Mirth Provisions’ Legal Pomegranate Tonic is about a quarter of the grenade-shaped bottle. I measured a precise 3oz dose with a baking scale I use in my kitchen. Each ounce contains 5mg of THC, a full 3oz serving containing 15mg total. The appearance is cloudy and amber and not particularly fizzy. Though I opened it fresh from the fridge, it reminded me of a soda left open on a counter, just slightly too stale to be delicious. My initial dose was sweet enough to give me an immediate headache that lasted for hours. I don't have a particular sensitivity to sugar, but when sugary drinks aren’t a part of your everyday life, they can be shocking.

“Underneath the discomfort was a creative, uplifting buzz brimming with potential.”

I’m embarrassed to admit I didn't think to mix the tonic with some club soda—y’all know I just said I have a fridge full of Pamplemousse La Croix. And as a result, the first experience with this tonic was definitely marred by this misstep. An otherwise mellow high (just as perfect for a lazy afternoon as it was for a partied-out weekend night) was badly colored by the throbbing headache and a bout of nausea that arrived moments after the onset. The sickly sweetness, not quite robust as fresh pomegranate and more reminiscent of pomegranate molasses, lingered thickly between my esophagus and my throat. It wasn't gaggy but it wasn't delicious either. It was a mild and mostly inoffensive aftertaste purgatory. The high was there, though. Underneath the discomfort was a creative, uplifting buzz brimming with potential. I vowed my next go-round with this tonic would, at the very least, be diluted.

For round two, I came equipped with a Grapefruit Perrier (ooh la la c’est chic), a splash of rosé, a teensy hand-rolled joint, and my idea of a crazy fun party: sewing sexy pantsuits for myself while listening to Spotify playlists. Round two was lit. The onset bloomed from my chest and radiated out toward my fingers as I fed polyester through my sewing machine. It kept my seams straight, my hems tight, and my wrists nimble. The head high was an illuminating antidote to the giggly flush from the rosé; as my intoxication began to ebb, the itty bitty joint I smoked managed to resurrect all of the body and head highs. I diluted the tonic by pouring my 3oz portion into a pint glass and topping it off with the seltzer. The result was a perfectly delicious, lightly sweetened fizzy drink that tasted ephemerally like a grapefruit misted with pomegranate molasses. The onset arrived around 35 minutes after drinking and though it arrived in a moment of nausea, the discomfort was dispelled as suddenly as it occurred. Though this tonic is indeed a product of sativa buds, the high walked the tightrope between couch-locking chill vibes and buzzy, productive creative vibes masterfully. This is a feat that, in my experience, few cannabis products achieve with such grace.

“The tonic’s mild and easily tailored dosage could transform a classic cocktail party.”

If I was a more adventurous drinker, I would combine this tonic with all manner of adult beverages. Its polarizing flavor could easily become part of a greater sum, complementing the woodsy herbal notes of a juniper-scented gin, or adding an earthy depth to a classic margarita. The tonic’s mild and easily tailored dosage could transform a classic cocktail party into a best night ever type of situation. Great mixologists are probably already concocting legendary cocktails with this tonic, which at this point might be more accurately described as a mixer and not a standalone beverage.

Here is my contribution to Legal Pomegranate Tonic’s sure-to-be-epic cocktail legacy. I call it the Michelle Obama: Take 3oz of Legal Pomegranate Sparkling Cannabis Tonic. Top it with club soda. Serve in a pint glass over ice and follow with a brisk walk.