Brite Labs' Mendo Breath Jelly Wax is an ideal bedtime dab. The high is quick-hitting and calm, leaving you on the couch in a relaxed stupor. The taste isn't popular, but the tingly body buzz should leave you lovingly embracing your pillows.

Ranked 47 of 123 in Concentrates for feeling Relaxed. 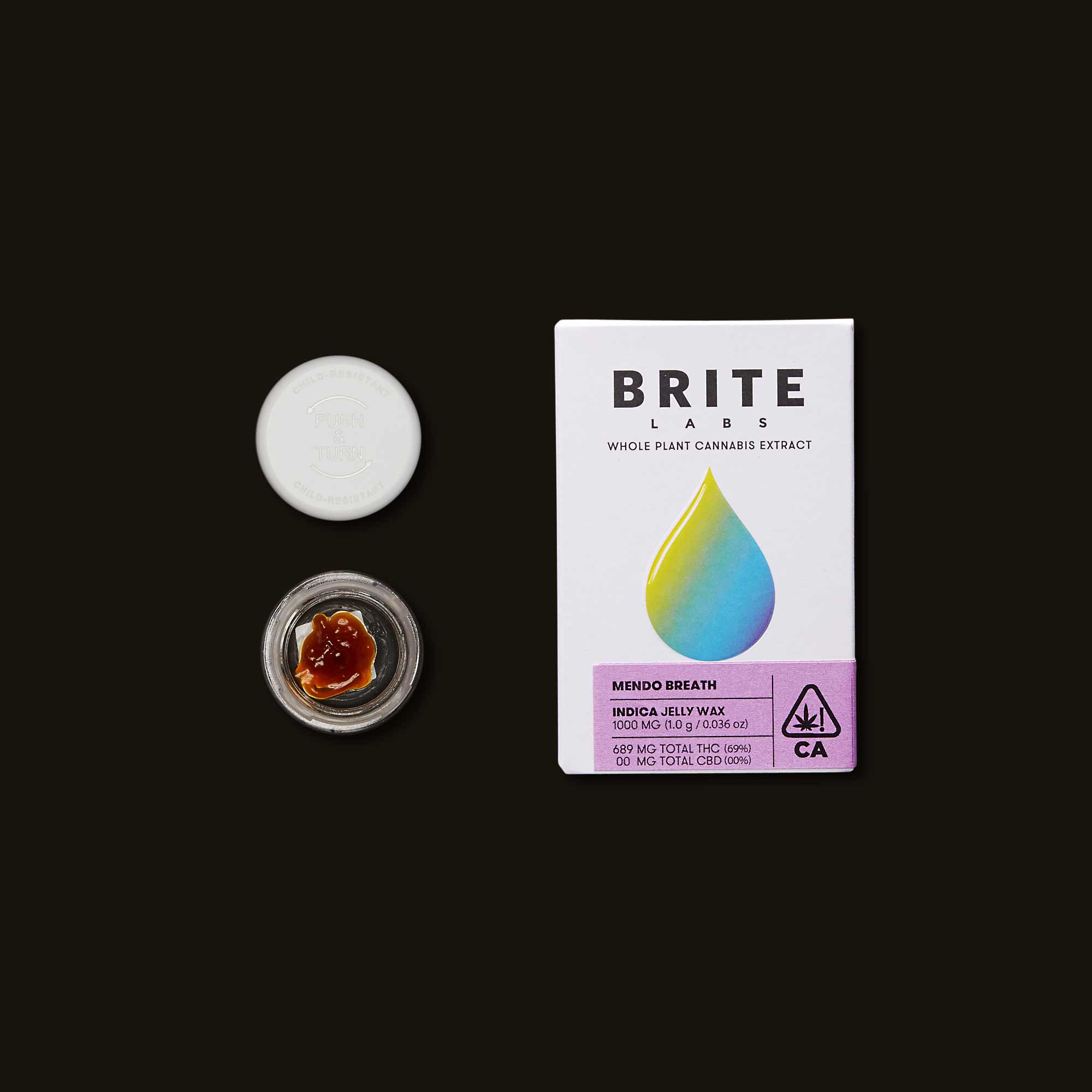 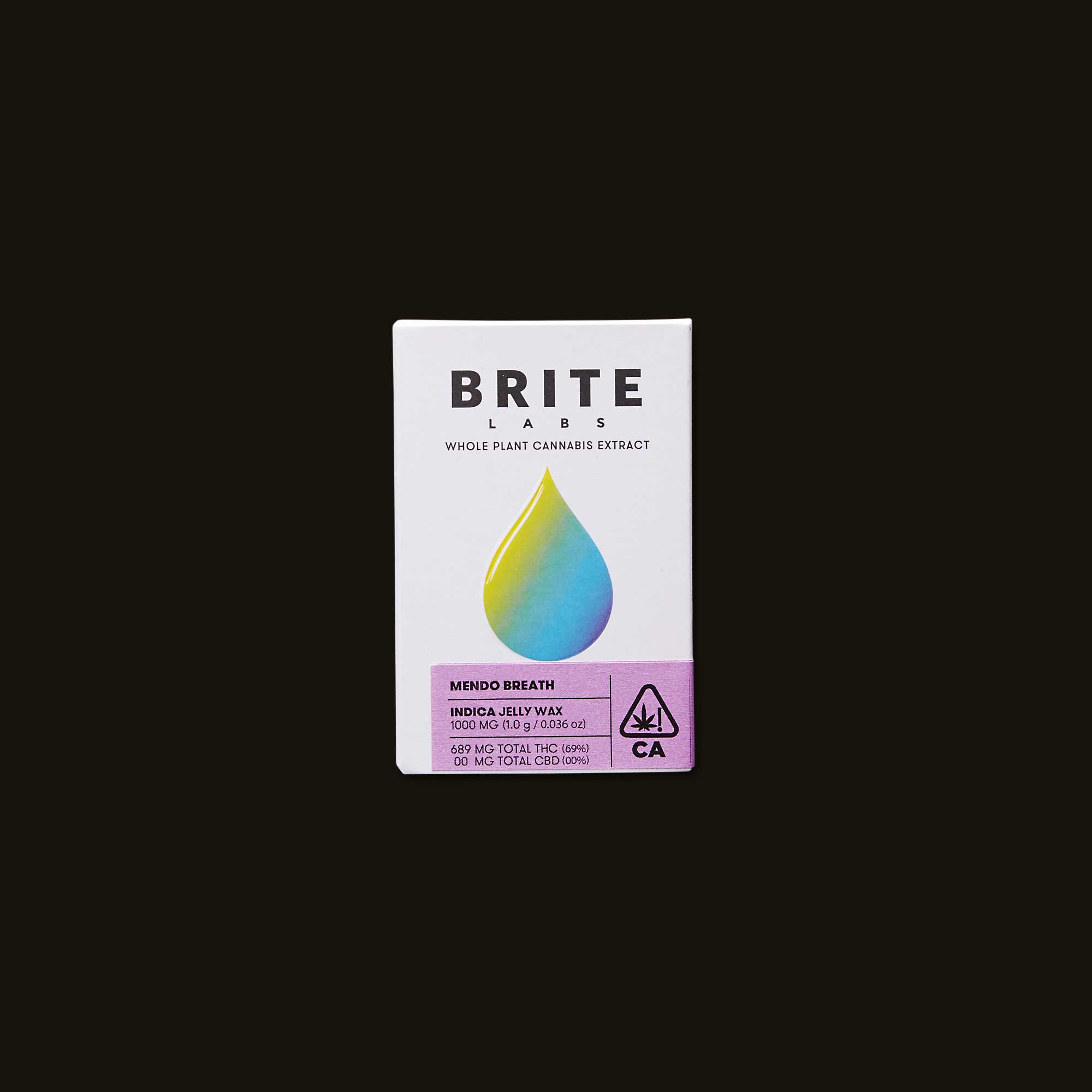 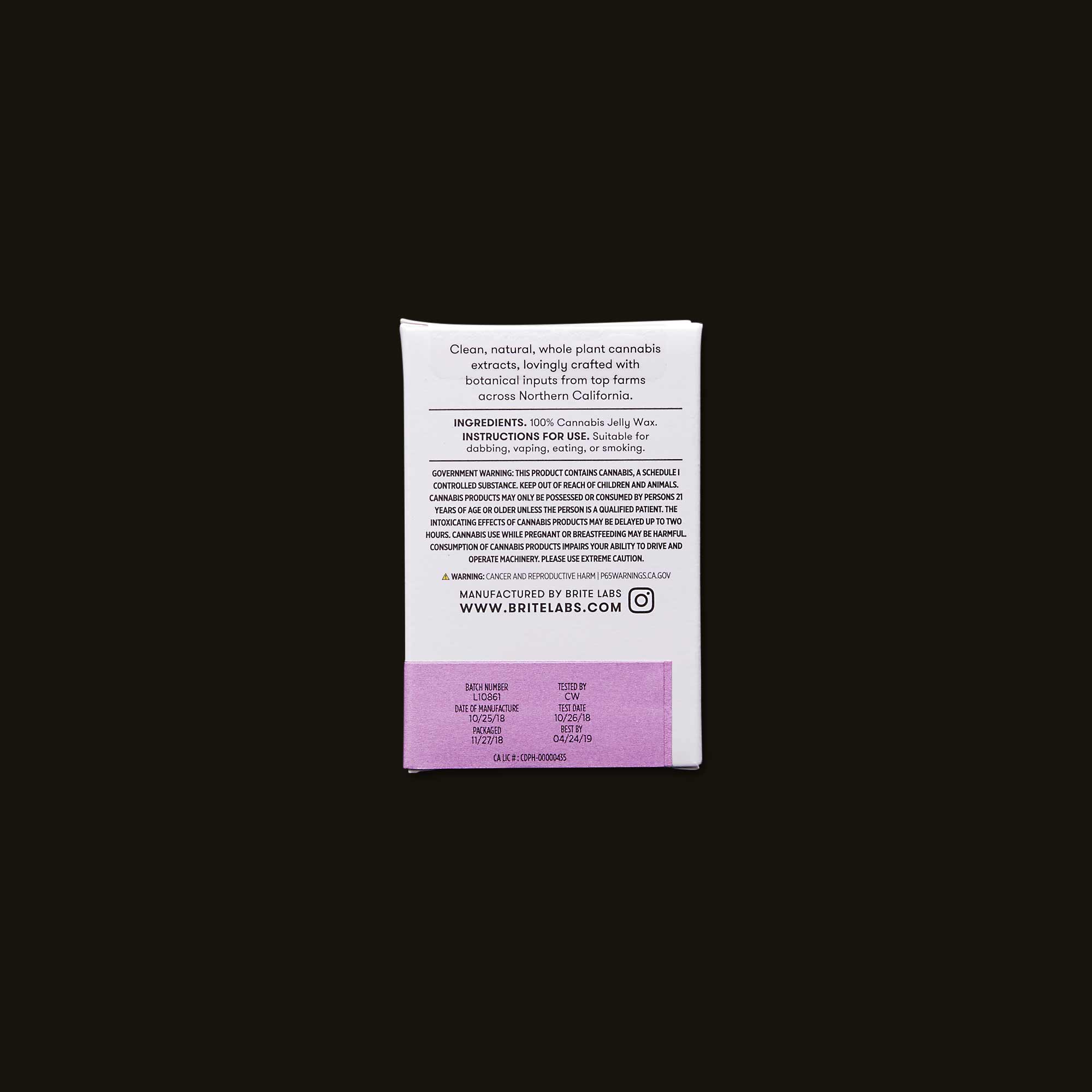 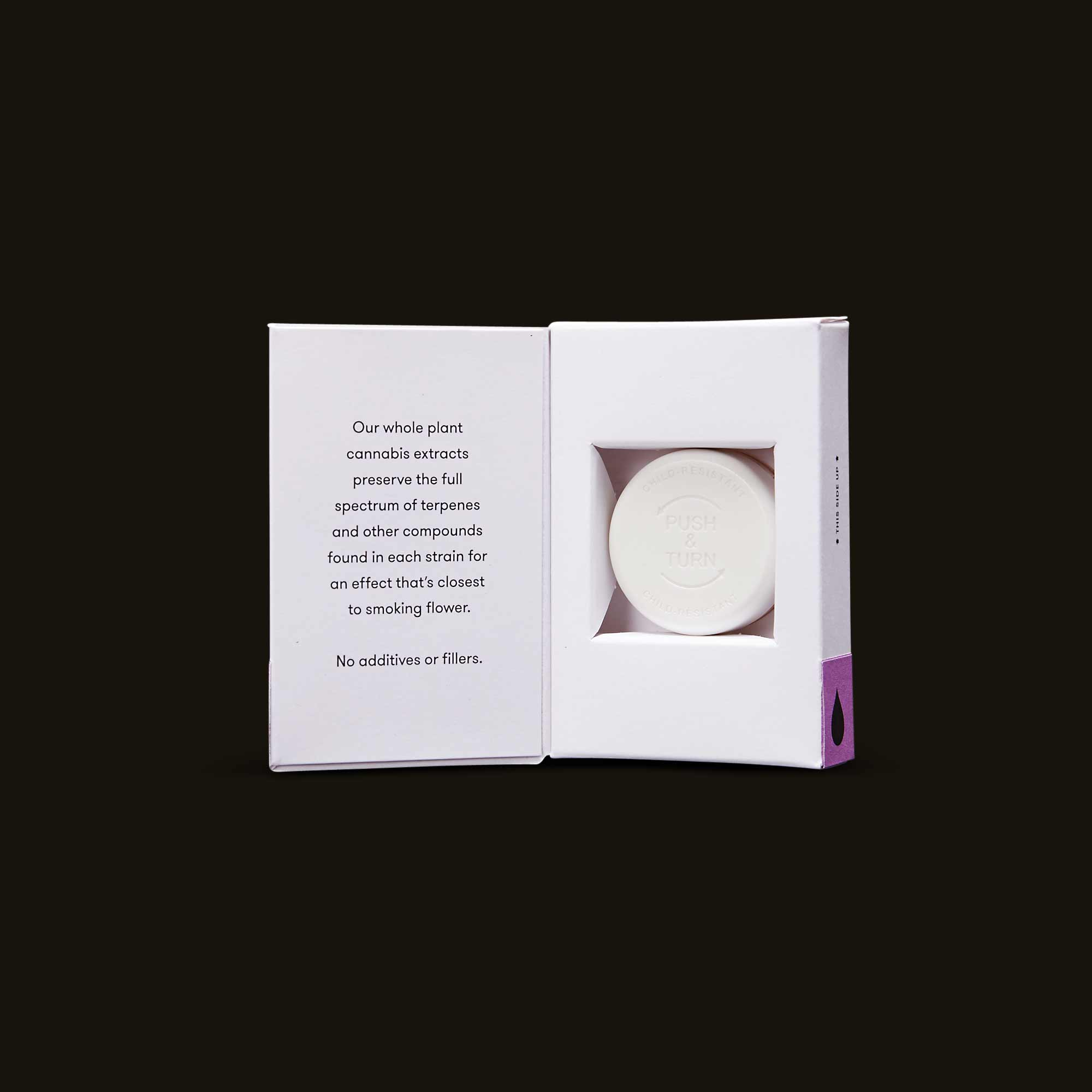 As our committee rates Mendo Breath Jelly Wax, we capture their experience in real time through our ratings app and report everything back here.

Ranked 47 of 123 in Concentrates for feeling Relaxed.

This onset is butch. It's dominating me and I love it.

Your Bedtime Is Going To Love This Concentrate

Even with Aquaman's nips to distract me, I fell hard and fast for this jelly wax.

When I was first introduced to dabs, I designated them special-occasion-only, choosing not to integrate the consumption method into my daily smoking routine. My first reaction to a wax dab was, “omg why?” which eventually simmered into an, “omg yes.” Overall, it seemed like a lot of theater to achieve the (admittedly remarkable) high. I relegated the process to the same celebratory territory as champagne and stilettos—special occasions only. Brite Labs’ Mendo Breath Jelly Wax would have fallen into this prohibitive category, but my duties as a Proper product rater come before my semi-arbitrary weed rules, and so I spent a day reacquainting myself with the telescoped high of wax concentrates. Having skipped the “omg why” to land on an enthusiastic “omg yes,” I have re-examined my restrictive rules and now favor non-celebratory dabbing. As long as you have the constitution for it, of course.

“The inhale was a silky breath of pure citrus with a chamomile flower finish.”

Brite Labs’ Jelly Wax is a CO2 extraction with the consistency and color of raw, room-temperature honey. The perfume is a hyper-concentration of bright flowers, tangy limonene, and earthy pinene. It was legit mouthwatering. The wax easily gripped the tip of my dabbing tool, which made dosing easy. I found a dollop just smaller than a grain of rice to be a satisfying and manageable dose. And I'm the kind of person to stop at 10mg of THC when it comes to edibles.

The inhale was a silky breath of pure citrus with a chamomile flower finish. It was surprisingly easy on the old respiratory system. While it was a bit more aggressive than the vapor you’d get from a vape pen, it wasn’t nearly as harsh as combusting flower. This was a robust midpoint between featherweight vaporization and hurts-so-good bong hits.

At the onset, the high was expectedly intoxicating but still borderline manageable. I countered the swoon of the 89% THC with a luxuriously long shower, spa vibes turned all the way up. By the time I had toweled off, the high had mellowed into a spacey yet grounded indica buzz. I was clearheaded in a certain way, able to dodge an argument with my partner with some deft shit-talking. I was slap-happy stoned as well, floating through a few hours in blunderous bliss. I walk a fine line between clever, overly caffeinated snap-back queen and spaced-out, torpid, stoner babe. And, Mary, I walk it hard. The Mendo Breath Jelly Wax had me performing mad feats of balance but enjoying myself the whole time.

The high evaporated a little over two hours later, during a quiet afternoon car ride. It left behind a placid feeling of well-being and a firm nudge back into my confidently snarky resting state. To my surprise, the fading high also swept up any lingering clouds of indica lethargy as it left me.

My second session with Brite Labs’ Mendo Breath Jelly Wax was in the evening when the day’s responsibilities were behind me and I had the freedom to get extraordinarily faded. Accordingly, I increased my dose so that it resembled about a grain-and-a-half of rice. Crazy, right? I anticipated a wallop of an onset, so I cued up Aquaman and prepared myself for an hour and a half of open-mouth drooling over Jason Momoa’s exposed nipples. When the onset arrived, it indeed laid me out, but I was already properly curled up on the couch with a pile of snacks, two orange-vanilla diet cokes, and my sketchbook open and ready to receive some Jason Momoa nipple fan art.

“That chest may be impressive, but that dab was friggin’ exceptional.”

What I had missed earlier was the subtle all-over tingle of the onset. The soothing effervescence felt like a vibration that was slowly but effectively tuning me to a sleepy wavelength. Soon, I’d lost the plot of the movie as well as the interest to do anything but doze off. I hung in there long enough to see a great deal of tropical chesticles, but not long enough to explain anything about that movie to anyone, ever.

It was a great sacrifice to lose track of Aquaman for the sake of a good dab, but one that I would do a hundred times again. That chest may be impressive, but that dab was friggin’ exceptional. Brite Labs’ Mendo Breath Jelly Wax has a lot of classic indica qualities. In this concentrated form, the heightened relaxation and slowed-down cognitive function are my favorite takeaways. Whether I was confused and dazed or reading my man to the next level, I was enjoying myself. And I was chill AF. That said, be sure to exercise caution with the high’s onset. It is a dominating force that will demand a moment or two of wide-eyed contemplation of the universe, as all dabs should.

Be the first to review Mendo Breath Jelly Wax from Brite Labs and help others find their high.