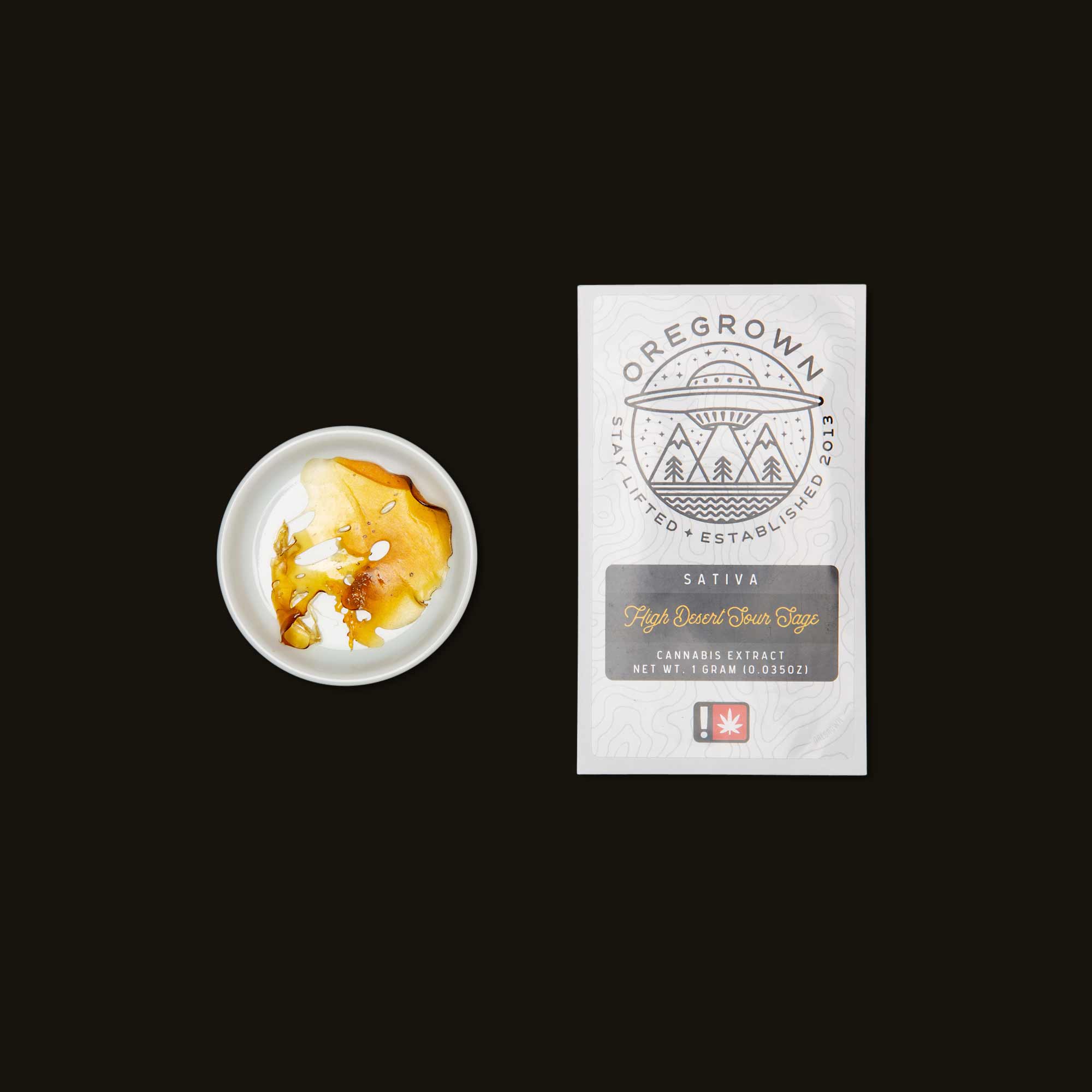 Oregrown's High Desert Sour Sage Shatter is a sativa-fueled concentrate with an herbal flavor. The typical high is uplifted and soothing with a little more weight in the head than in the body. This is a lovely way to pick yourself back up after a long day at work, so use this time to get creative or practice yoga.

Ranked 46 of 109 in Concentrates for feeling Euphoric. 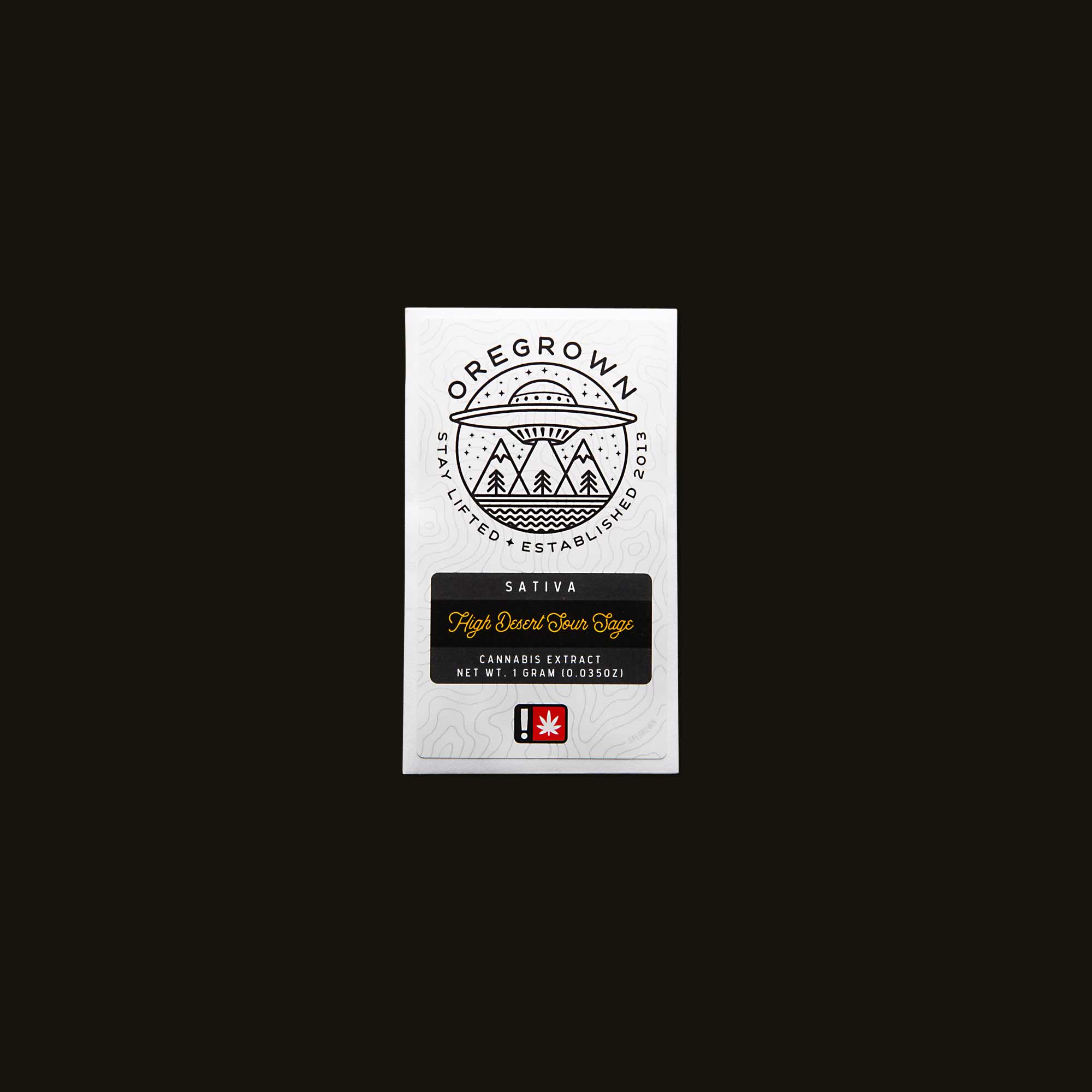 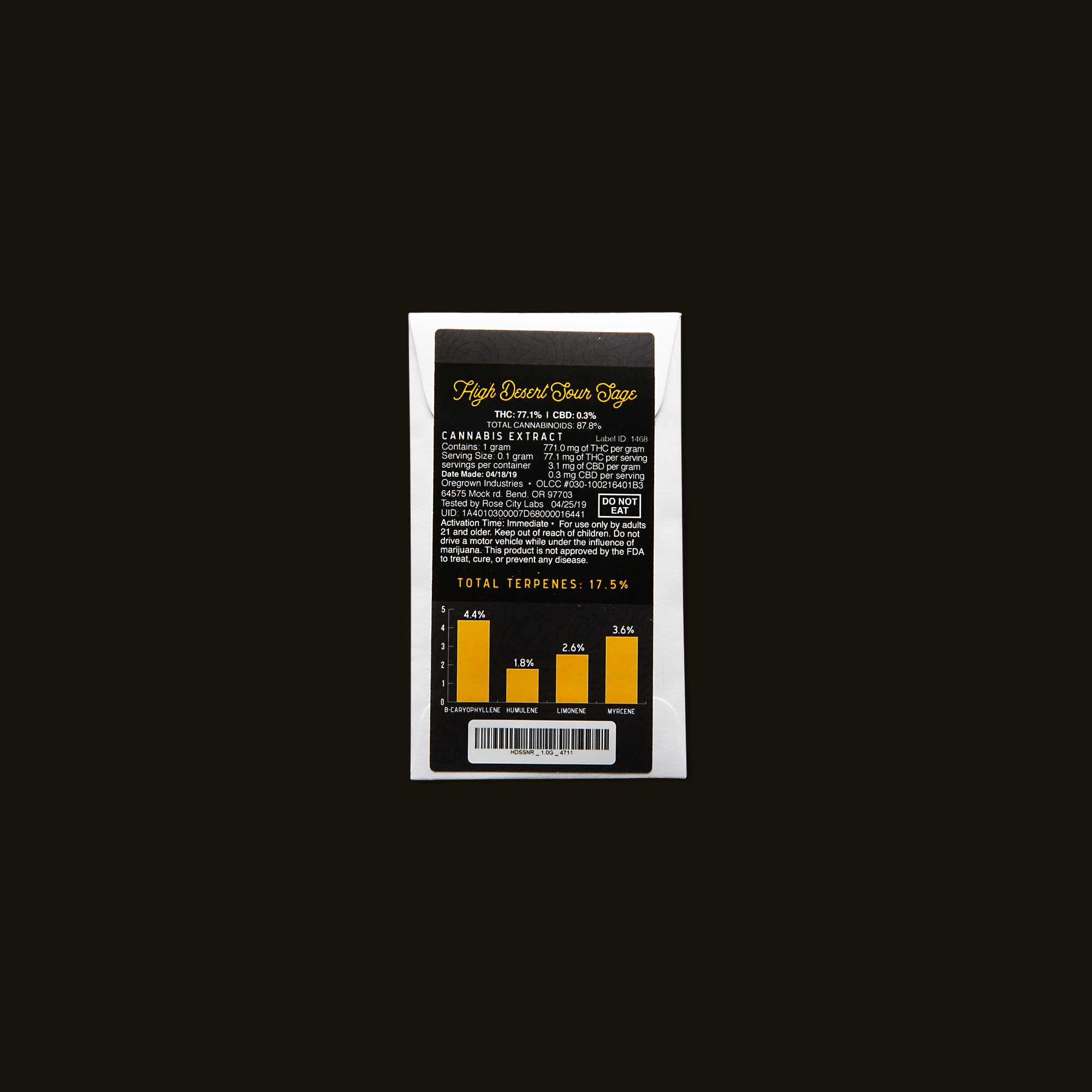 As our committee rates High Desert Sour Sage Shatter, we capture their experience in real time through our ratings app and report everything back here.

Ranked 46 of 109 in Concentrates for feeling Euphoric.

A Bubbly, Social High That's Worth The Initial Swoon

The onset may have been a bit aggressive, but once I pulled out of it, I blossomed into a social butterfly.

In the wide world of concentrates, finding a high that checks off every one of your individual desires is more possible than ever. Whether you want to free your mind, stimulate your body, or melt into your own bedsheets, there is a cannabis strain that can do that and more. Alas, sometimes there’s a catch and sometimes that catch is a white-knuckle-inducing onset (which frankly is a bug or a feature depending on the person). In my opinion, a high that lifts the mood, increases focus, and bestows a gentle hum of social energy will almost always be worth the muckety-muck of the initial knockout. And that was assuredly the case when I dabbed my first morsel of Oregrown’s High Desert Sour Sage shatter and muckety-mucked myself right into social bliss.

“I ended up with the most brilliantly social high I’ve had in a very long time.”

Oregrown’s High Desert Sour Sage shatter is a sativa-dominant hybrid with an impressive lineage. Parent strains Sour Diesel and S.A.G.E. (Sativa Afghani Genetic Equilibrium) are both infamous for their long-lasting, worry-erasing highs as well as their distinct flavor profiles. High Desert Sour Sage inherited almost everything save for the super distinct nose. Unless I was having a sensory off day, both the perfume and the mouthfeel of this extract were just plain mild. The lack of a hackle-raising stink didn’t strike me as a negative since the 77.1% THC knocked the wind out of me regardless of what that wind smelled and tasted like.

Oregrown’s organic, low-temp, whole-bud extraction process results in gorgeous, full-bodied, richly flavored extractions with the potential to knock you off your feet. For me, High Desert Sour Sage had me laid out after one dab roughly three-quarters the size of a grain of rice, but when I recalibrated that dose ever so slightly, I ended up with the most brilliantly social high I’ve had in a very long time. For some, a deeply intoxicating swoon that resolves itself into something witty and chatty is an ideal high, and I respect that. But personally, I prefer skipping the hurly-burly onset.

“I was euphoric but not obnoxiously so. I was sybaritic but not lewdly so. ”

My first session with High Desert Sour Sage was defined by an onset that crept up slowly, pouncing down my throat several minutes after my dab. First came the chest-quaking cough, then a dry mouth that threatened to turn me inside out, then a mild but still domineering incapacitation that slowed me down to a snail's pace. I rode the waves of swirling introspection and double vision, resigning myself to submission when the onset suddenly evaporated. I anticipated this wild ride would have me sidelined for more than a few minutes, but a few minutes was all it took to emerge from the roller coaster bathed in golden good vibes.

There was a lush sensuality to the high—not sexual per se, but a certain romance that pervaded each moment. It was this sweetness that provoked my social streak to run wild. I was euphoric but not obnoxiously so. I was sybaritic but not lewdly so. I was present but not meditatively so. During this first rating, I noted how ideal this high would be if only I could navigate around that kick-in-the-pants onset. I made a note to adjust the next dose, and I hoped against hope that I would still reap all the distinct benefits.

During session two, I adjusted my dab by no more than a few crumbs. The onset was fractionally less debilitating, and I still enjoyed an evening of gabbing with a good friend. There were even moments during our marathon phone convo that I was compelled to break my concentration to make a note about how fantastic this high made me feel, such was the impact of this lively hybrid.

Try as I might, I could not dodge the tsunami onset, but I was able to power shift it into a sneaker wave. Either way, the subsequent high was sublime enough to make the destruction wrought a mere memory. The bottom line is the next time I set up a dab of High Desert Sour Sage, I will shave a few crumbs off my usual dose. Unless I’m chasing oblivion, that is. In that case, I’ll just sit back and enjoy the swoon.