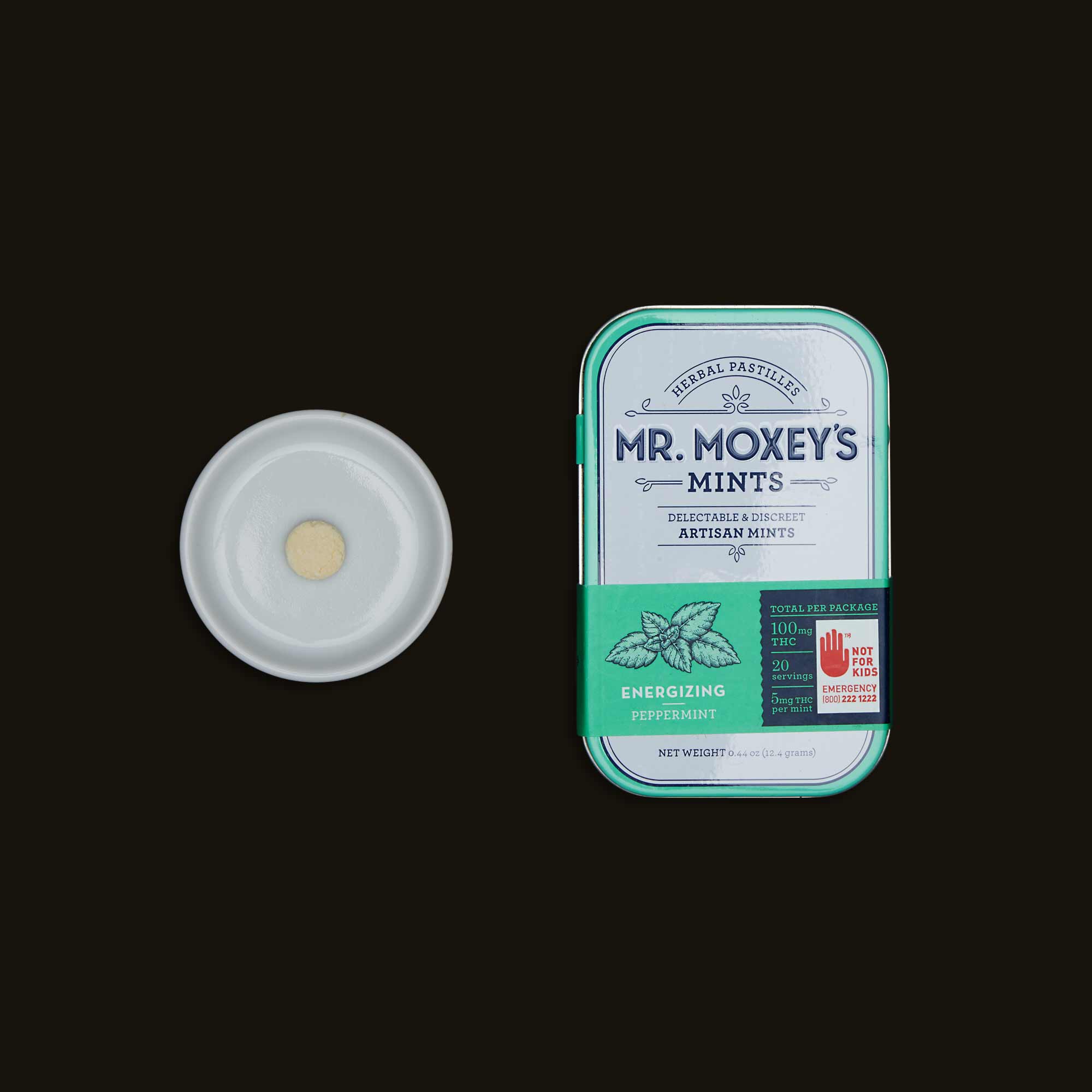 Mr. Moxey's Energizing Peppermint Mints are typically euphoric and energizing. This mood-boosting high is usually more present in the body, but the head high is far from subtle. A mint or two should fuel a spring cleaning spree or a couple hours of studying. As it wears off, you might feel more inclined to zone out.

Ranked 31 of 106 in Edibles for feeling Focused. 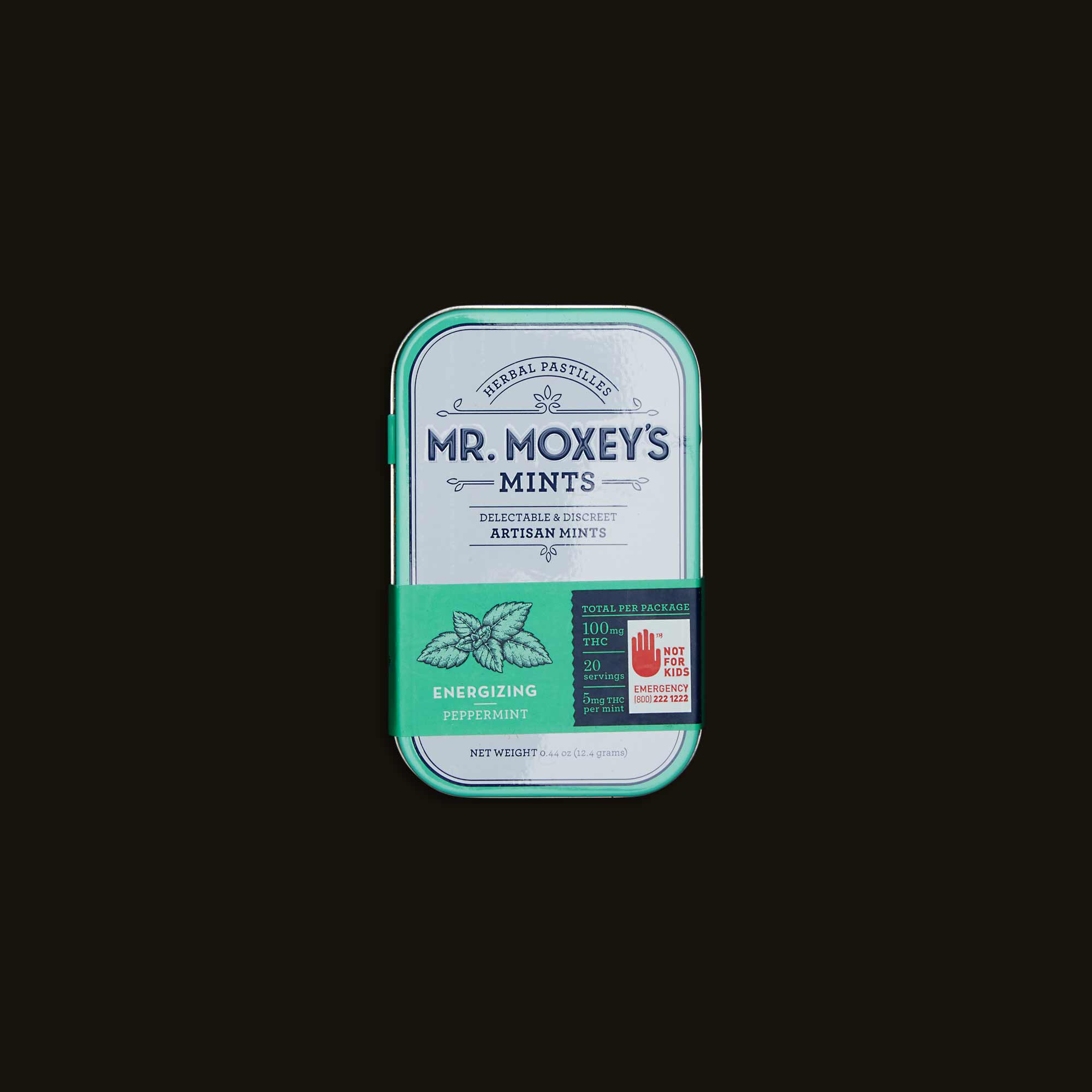 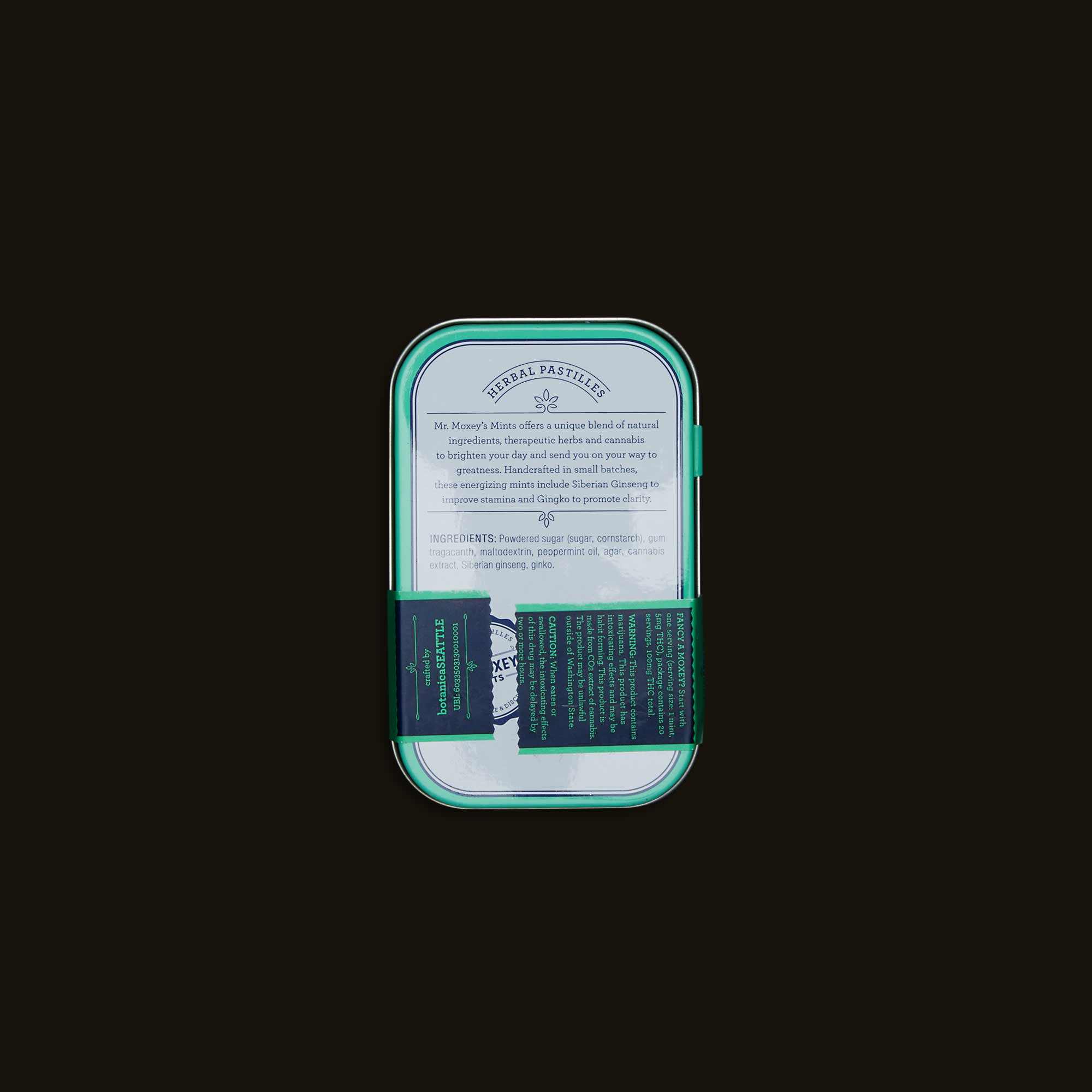 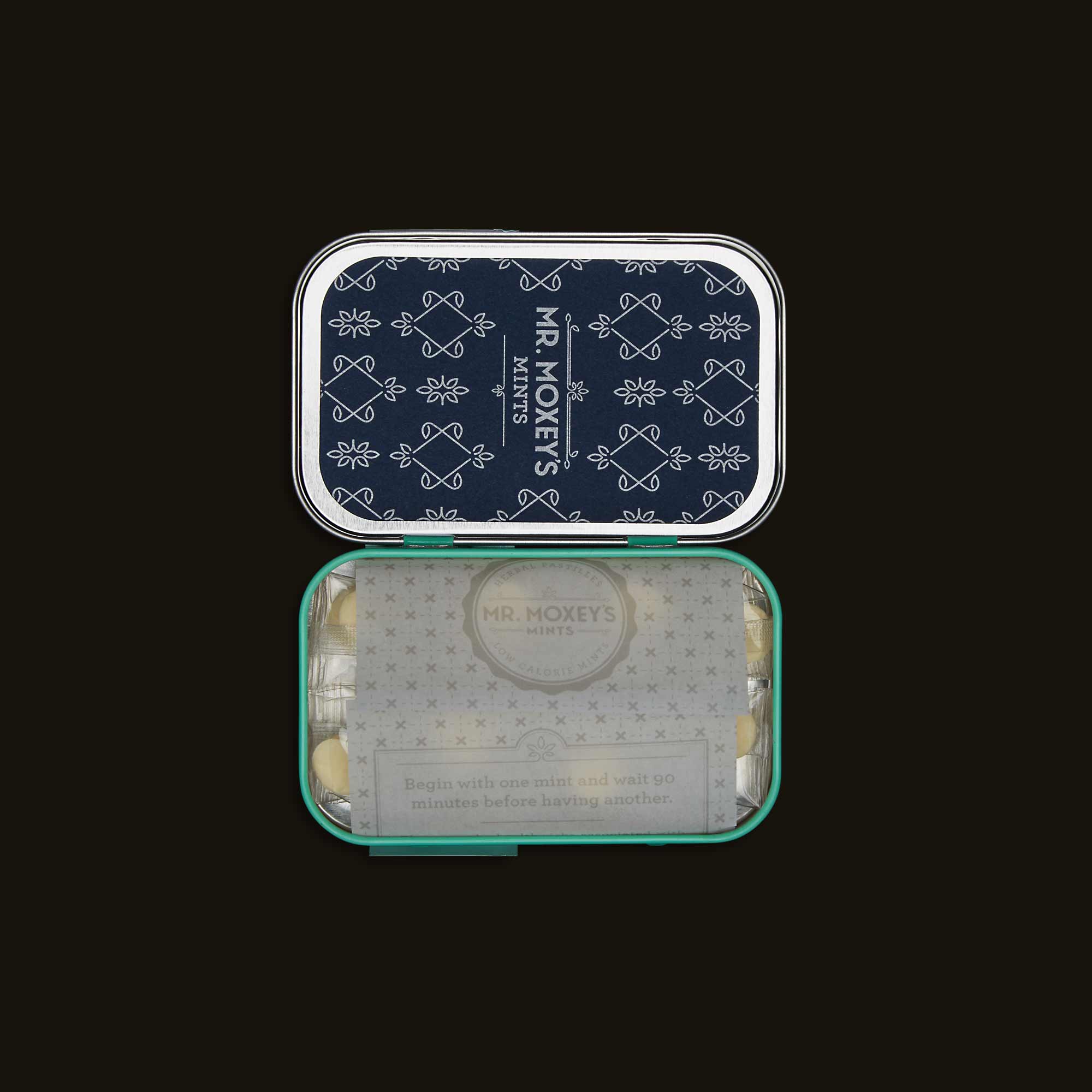 As our committee rates Energizing Peppermint Mints, we capture their experience in real time through our ratings app and report everything back here.

Ranked 31 of 106 in Edibles for feeling Focused.

If Altoids Had Weed In Them

Now if only we could get these at the checkout line at Target.

I’m someone who’s very open and unapologetic about my cannabis consumption. Still, I get that not everyone’s lifestyle, job, or location allows them the same luxury. If you’re sneaking out for a mid-workday smoke break, the lingering smell of herb is going to give you away. If you rely on edibles but are more interested in the high rather than sweets or size, you’re less likely to find one that won’t set you back a handful of calories. Luckily the recreational market is stepping its game up when it comes to low-key methods of consumption. Whether you’re stuck at a desk within eyesight of your boss or you’re running errands with the kids, Mr. Moxey’s small, unmarked white mints provide an inconspicuous and convenient method of getting your daily cannabis fix. Because it’s 2018 and you might as well freshen your breath while refreshing your psyche.

“My ability to focus and multi-task were both enhanced for a least 45 minutes.”

Mr. Moxey’s Mints come in a few different varieties: energizing sativa, relaxing indica, and two different CBD flavors. I had the pleasure of trying Moxey’s Energizing Peppermint Mints, and I must say they certainly provided me an invigorating lift. I was pleasantly surprised to find out it was Mr. Moxey’s all-natural ingredients that were partially responsible for providing me extra energy and a sharp mind. Siberian ginseng is responsible for improving stamina and ginkgo promotes clarity. I tend to struggle with having enough natural resources of either but one energizing mint gave me a sufficient amount of exuberance to tackle the tasks in front of me. My ability to focus and multi-task were both enhanced for a least 45 minutes, allowing me to accomplish more in that time frame than I typically would.

Staying dialed in and focused is not one of my strong suits, but these mints really contributed to my mental acuity. I felt slightly enhanced but still functional. Moxey’s also gave me a significant mood boost, making tedious house work and errands more chipper and breezy. As the effects began to diminish, I did not experience a radical crash as I have with other stimulating edibles but rather a sense of calm. I found my experience to have been balanced with minimal uncomfortable side effects.

In my experience with edibles, cannabis can either enhance or hinder the overall flavor profile of the product. In the case of these energizing mints, I didn’t detect any cannabis whatsoever—not even in the aftertaste, where herbal notes tend to creep up. If I did a blind taste test where I compared Mr. Moxey’s mints to generic, non-infused Altoids, they would be indistinguishable both in appearance and taste. Growing up, I wasn’t a big fan of Altoids and their overpowering mint flavor but that’s now the very reason why I like Mr. Moxey’s. As I’ve gotten older I’ve been known to grow more fond of things I disliked in my youth, and I think that’s true for most of us learning to adult. Even though I can still only withstand one half of an Altoid, I now appreciate how much flavor they’re able to pack into one small candy. And in the growing selection of cannabis mints, Mr. Moxey’s are probably the most similar to Altoids. I can’t speak for anyone else, but in my mind, it’s a true testament to the quality of an edible when the infusion of cannabis goes undetected.

Beyond having high-quality flavors, the moderate potency of these mints make them accessible to new users. Unlike most edibles in Washington state, which pack up to 10mg of THC in a single serving, Mr. Moxey’s are each only 5mg of THC. This gives the consumer or patient more control over their high. You can also avoid the gamble of breaking a higher potency edible into smaller doses and hoping each piece will be roughly the same. Smaller doses also allow you to better accommodate your daily needs. Lower doses also make for a customizable experience. Some days, I’ll be perfectly fine with a tiny but mighty boost of one mint, while other days require an extra energy boost to help me meet deadlines or run errands. To be clear, I’d consider 5mg to be a microdose for me personally, but new users would be wise to start with 5mg or even less to gauge their individual tolerances.

One mint coupled with my typical smoking habits helped me get closer to achieving my desired high. Smoking has been my preferred method of cannabis consumption for the past ten years, which—surprise, surprise!—has resulted in a higher than average tolerance. I find it difficult achieving the level of euphoria I experienced as a beginner. The last 3-4 months I’ve been experimenting with incorporating uplifting edibles in the hopes of reaching new heights, and one of these mints was a sufficient enough dose to enhance my routine without pushing it over the edge.

It might not seem like much, but products like CBD-infused water, gourmet chocolates, and simple, well-crafted mints all challenge the perception our culture still has about stereotypical “stoners.” In my opinion, products like Mr. Moxey’s Mints are small steps forward in normalizing cannabis consumption and valuing the people who seek its amazing benefits.

These mints are an absolute delight. I find the consistency and after taste flavor better than any other mint I've tried!