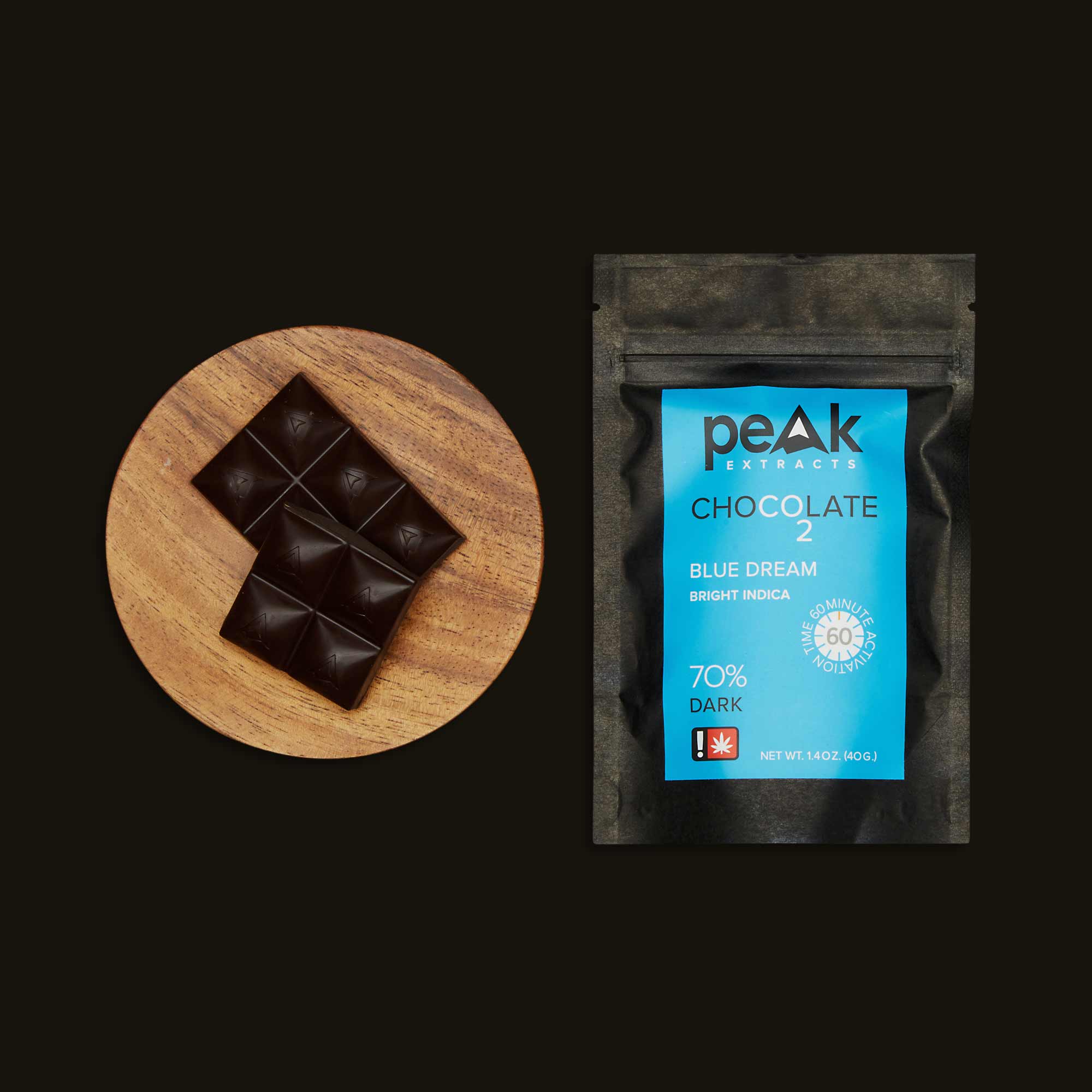 Peak Extracts' Blue Dream Chocolate Bar hits behind the eyes in a velvety wash of calm. The bouncy and relaxed body high hits shortly after. It's not energizing, but it's inspiring. It might be the perfect high for brainstorming under a blanket. The comedown is soft but it can be a total knockout, so maybe this is a bedtime edible despite the motivational buzz. Who says you can't be productive from your pillows? 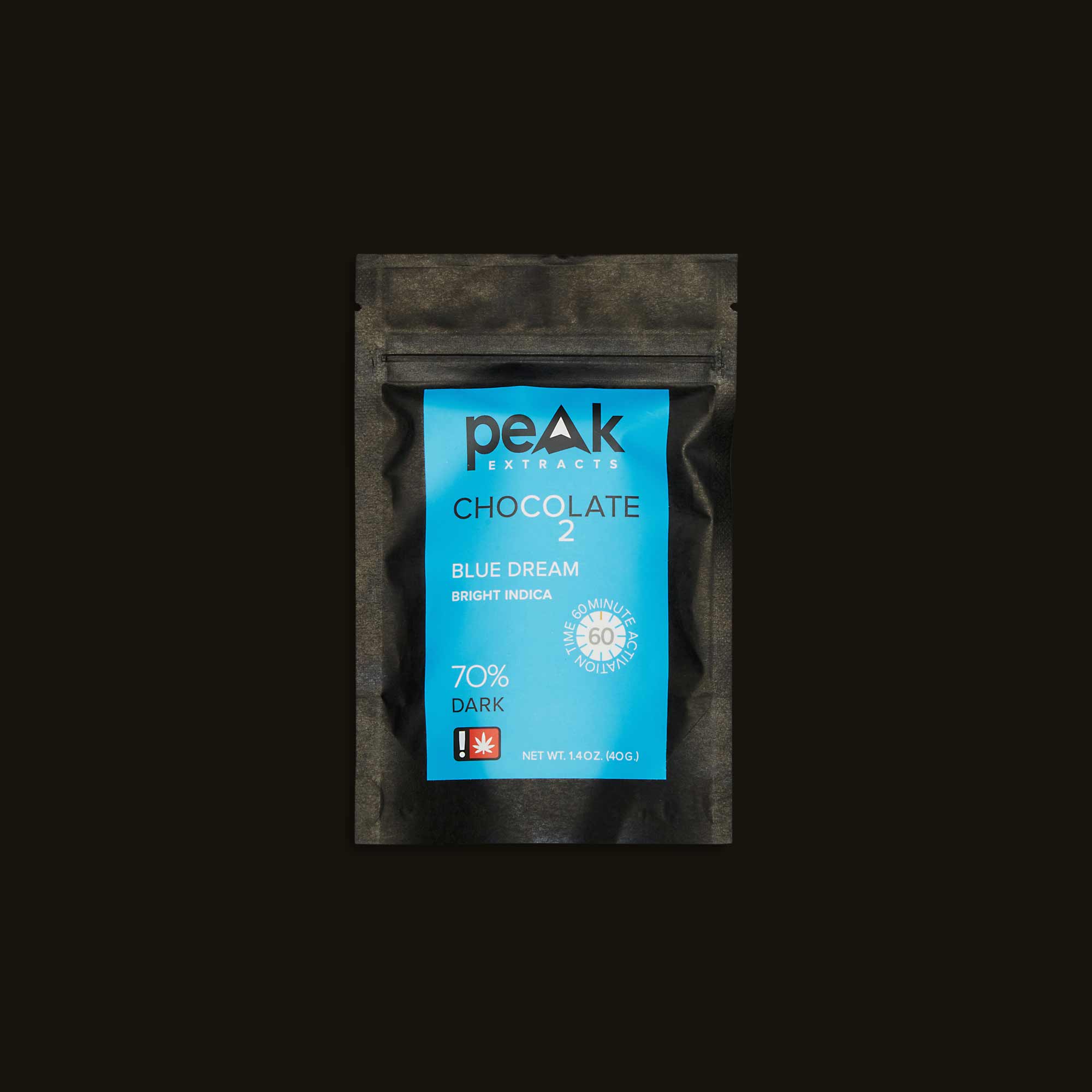 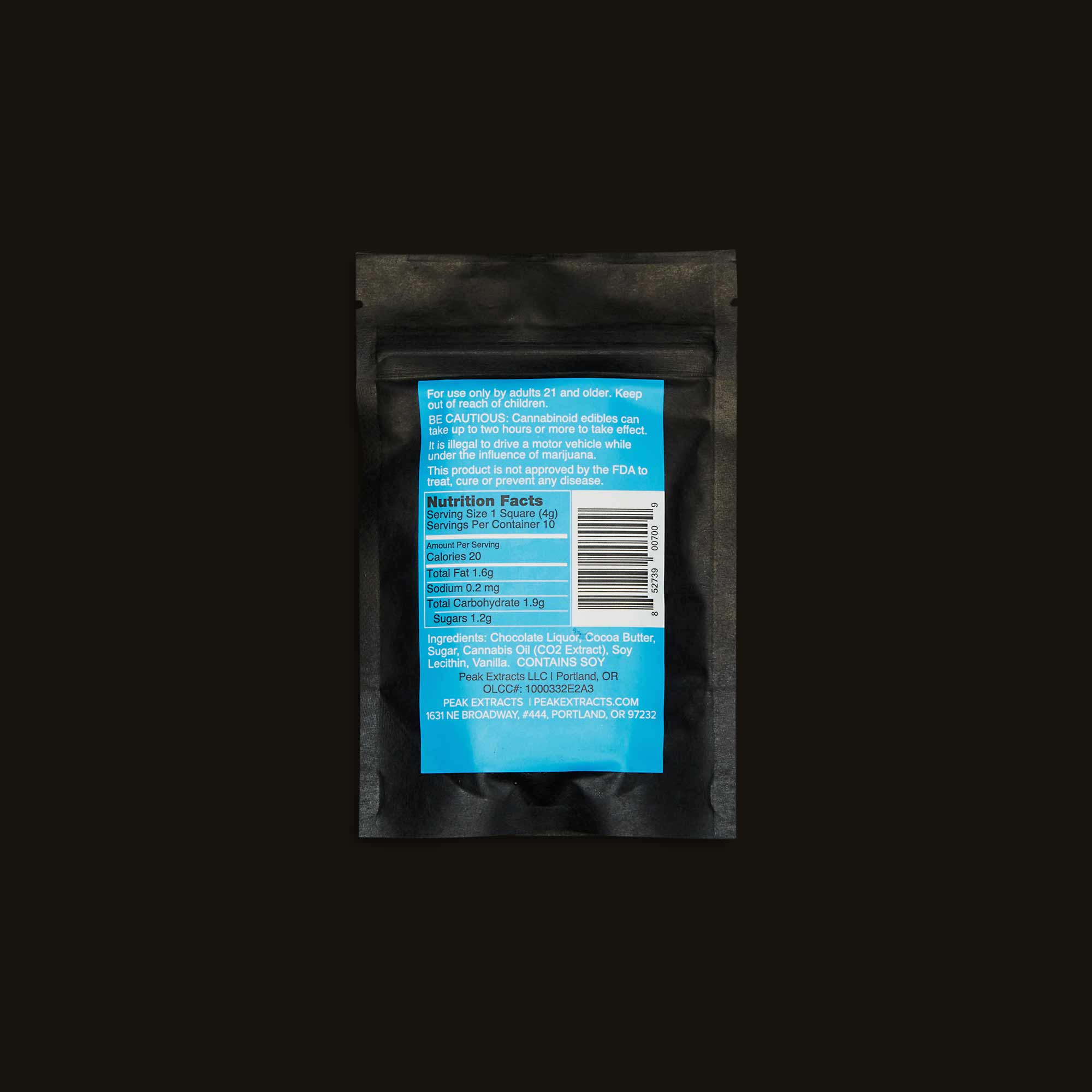 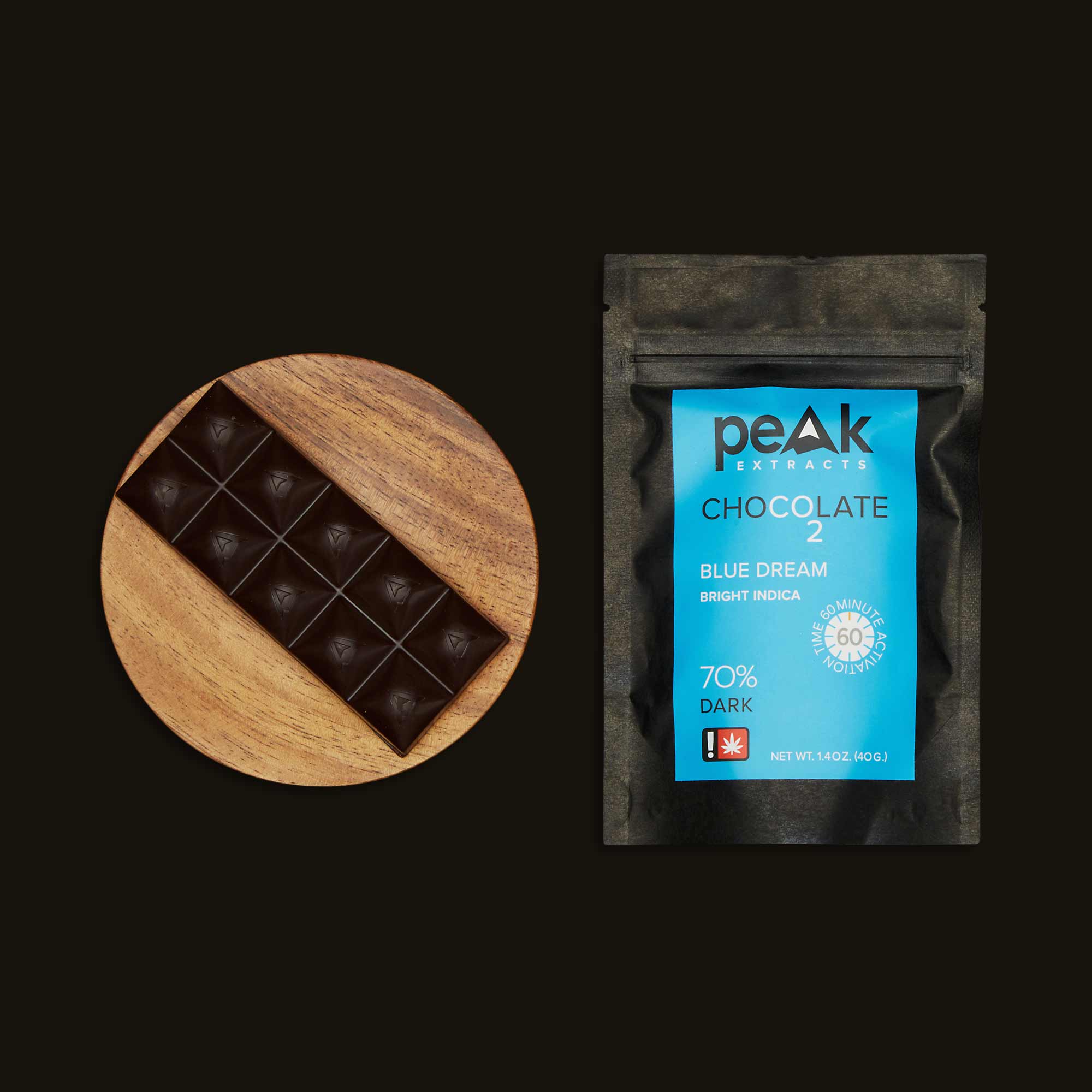 As our committee rates Blue Dream Chocolate Bar, we capture their experience in real time through our ratings app and report everything back here.

Sightseeing Is Better With Blue Dream Beneath Your Wings

I had a borderline perfect day after eating only one square.

Since prohibition ended, there are so many more options for medicated travel. The concept of hiding buds has become grievously antiquated; why bother with stuffing my socks with weed when I can just take three weed-infused chocolate bars in my carry-on and call it a day? But traveling as an aging stoner is more complex than simply packing your smokeables. It has been my experience that stoned-to-the-bone traveling is much easier as a sexy, charismatic, white-passing, twenty-something. Now that I'm in my thirties with a family of my own, roaming around strange towns with a blunt hanging from my mouth like I think I'm Rihanna is probably not a good look. I'm not sure how much better it is to always have multiple weedy chocolate bars in your purse, but at least it feels more on brand for motherhood.

“Traveling as an aging stoner is more complex than simply packing your smokeables.”

My week-long family vacation had some serious ups and downs, but I stacked the deck towards the ups with one of Peak Extracts’ chocolate bars. It’s helpful to know Peak Extracts has all strain-specific bars, from Bright Indica Blue Dream to Heavy Indica Purple Kush and Bright Sativa J1. They also carry a non-psychoactive High CBD version for those looking to relax without risking a head high. I had a borderline perfect day after eating only one square of the Blue Dream variety. The chocolate itself is rich and bittersweet, with sophisticated, top-shelf texture and flavor. The packaging promises activation in 60 minutes, but I snacked this bad boy on an empty stomach and was feeling the wind beneath my wings in half that. The buzz delivered precisely what the wrapper implied: a bright high that was at once relaxing, joyful, and functional.

The head high was calm and cool, arriving like an ocean breeze behind my eyes. The body high was a notable balance of velvety relaxation and zippy enthusiasm. I was equally content to sink into a couch or stroll through a historic landmark. Nothing about the high was overwhelming; in fact, I felt jolly and serene. I felt like an oil painting of a rich aristocrat. I felt like a spoiled housecat. I felt Matthew McConaughey levels of alright, alright, alright.

Let me frame this out with some insight on what constitutes a perfect vacation day for me and how each activity was enhanced by only one 5mg serving of this Blue Dream chocolate:

“Everything was fascinating, even people-watching at a grocery store.”

— The hour or more it took to herd the squad for brunch might have had me annoyed half to death, but instead, I happily played my brother-in-law’s Xbox, which is definitely out of character for me.

— Brunch itself was a rollicking good time. I was giggly and cheerful for the entire meal despite the dearth of mimosas, bloody marys, or palatable coffee.

— A scenic drive had me literally hanging out of the car window gasping, oohing, and ahhing over literally anything of interest. Everything was fascinating, even people-watching at a grocery store was riveting.

— Sightseeing at a handful of historical monuments should have had me deep in my feelings about America's gruesome past and heartbreaking present, but instead I was content to compliment architecture and fawn over colonial landscaping. If you know me, you know how wild that is.

There was, however, a downside to this edible. The come-down put me right to sleep. It cared not where I was or what I was doing, it snatched my eyelids right down and proclaimed my day was over. If I had anticipated the sudden downturn in wakefulness I would have planned my day around it, maybe eating the chocolate a bit later in the afternoon so the resolution would coincide with my actual bedtime. I'm not big into afternoon naps, so having one forced upon me was a pretty serious drag. I know I am a minority in that sentiment, so if your perfect day involves video games, brunch, long, laugh-filled drives with your favorite peeps, and an afternoon nap, then whoo-hoo, you are going to love this.