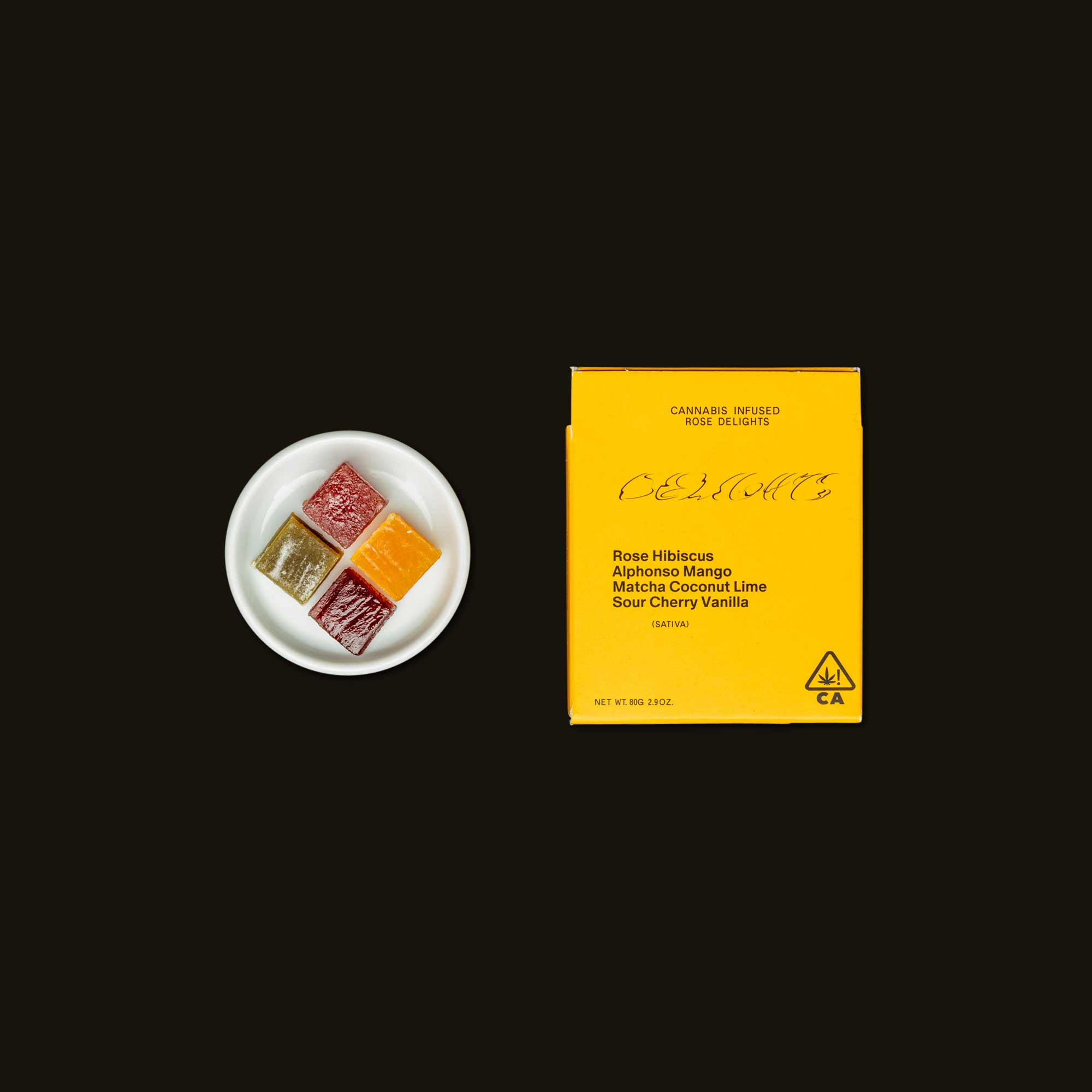 Rose's Orange Fire Delights are cannabis-infused Turkish delights with a sweet citrus flavor. The resulting high is often mild and euphoric with a hint of spaciness, so these are ideal for zoning out or boosting your mood. The flavor is not for everyone, so unless you're a fan of the normal version of this gelatinous treat, don't waste money on the weedy ones.

Ranked 82 of 212 in Edibles for feeling Euphoric. 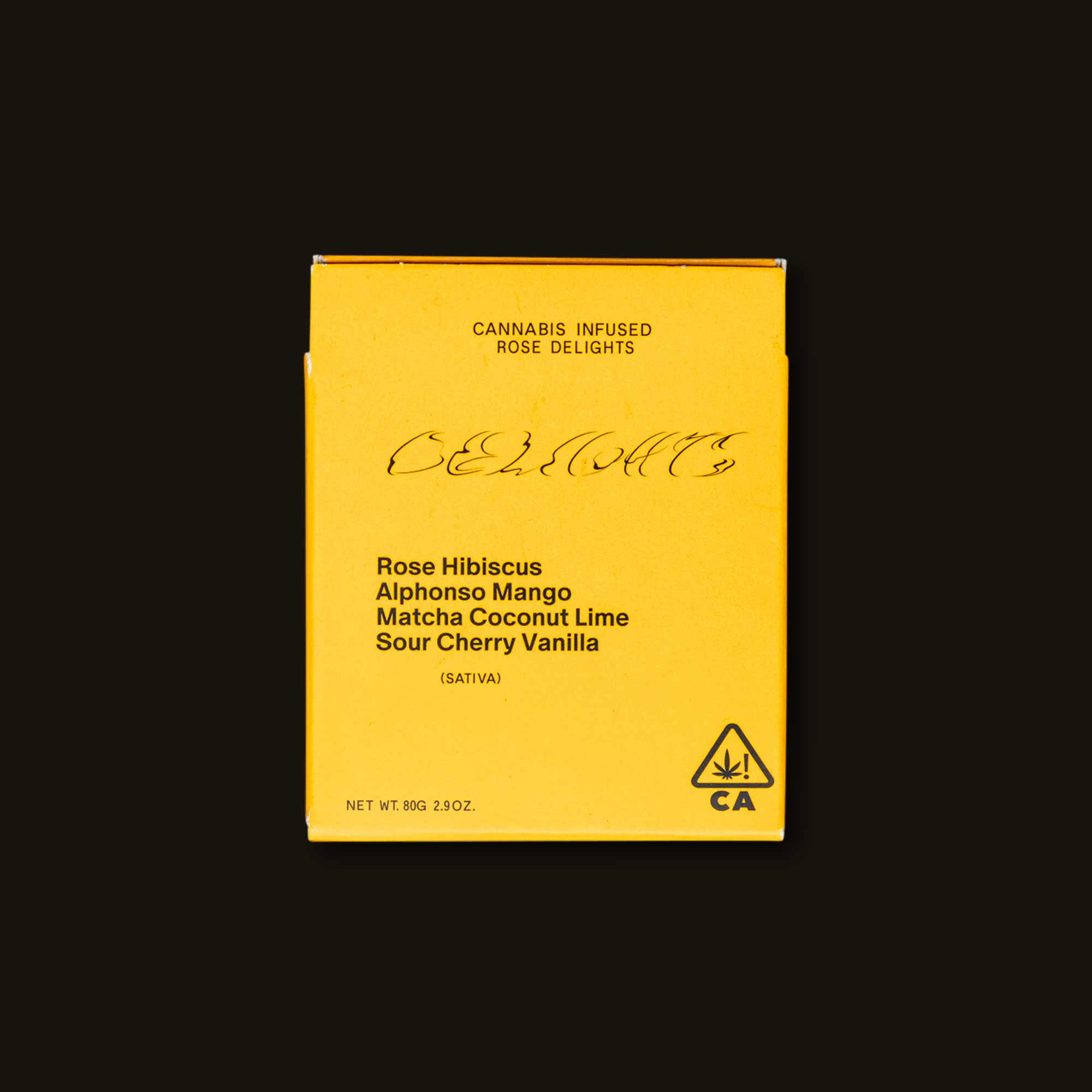 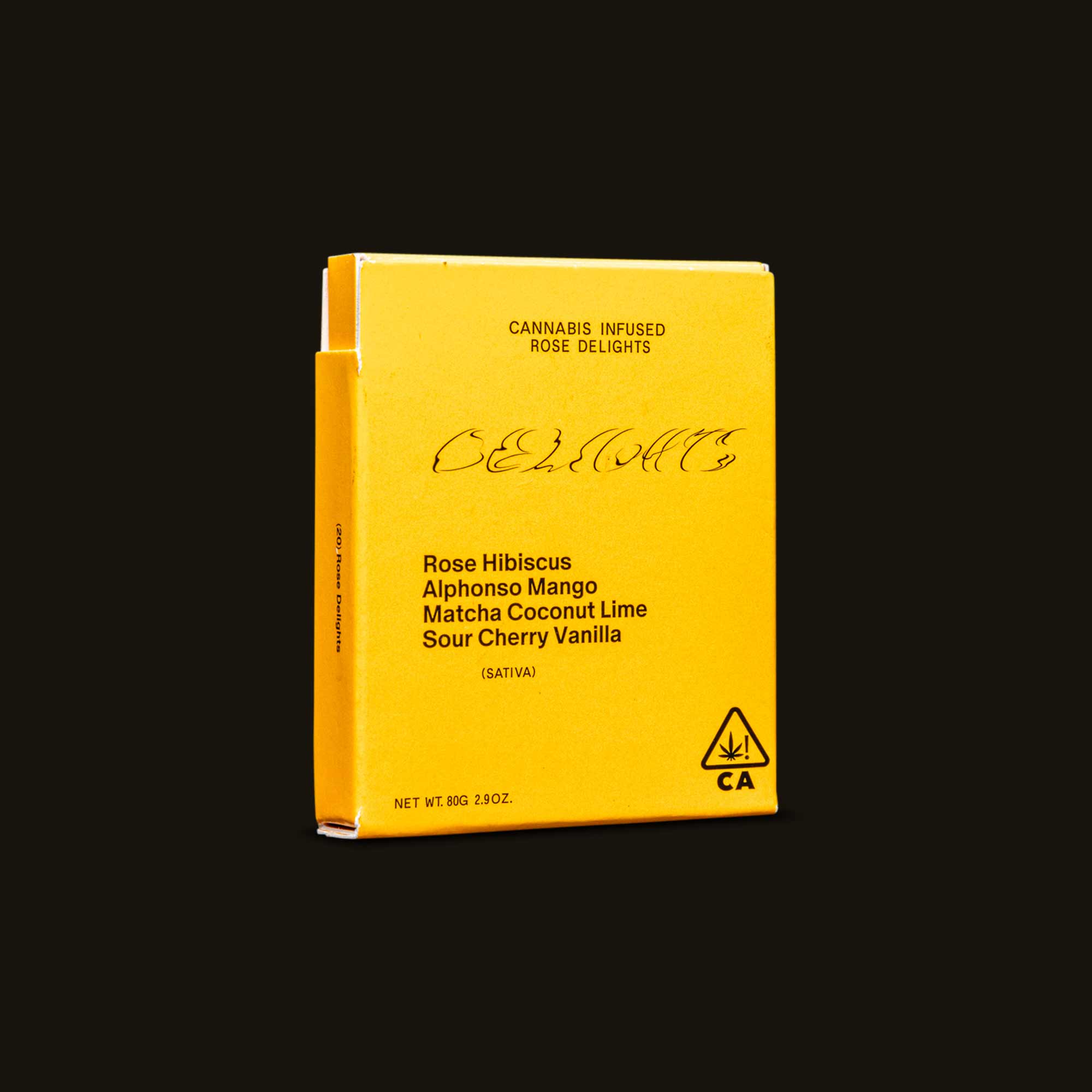 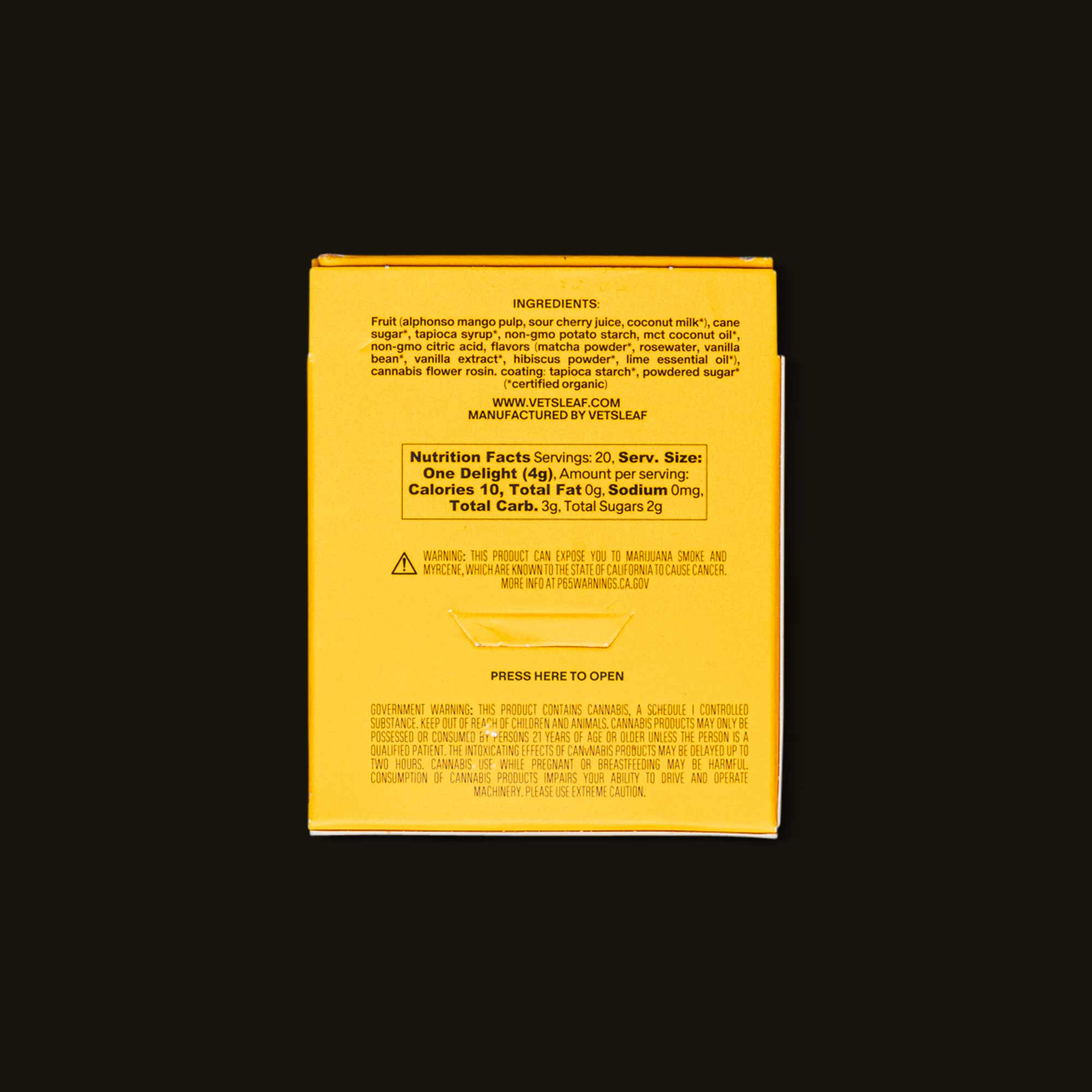 As our committee rates Orange Fire Delights, we capture their experience in real time through our ratings app and report everything back here.

Ranked 82 of 212 in Edibles for feeling Euphoric.

These tasty little edibles ushered me into a world of magic—and sandwiches.

IN REVIEW: Rose's Orange Fire Delights are legitimately delightful. Between the nuanced flavors, delectable texture, and buzzy, social high, these THC-infused treats are sure to delight and surprise.

In The Lion, the Witch, and the Wardrobe, the White Witch gives Edmund a treat of Turkish Delight candies when he enters the magical land of Narnia. As a child, I had always imagined Turkish delight to be a whimsical, magical treat, something sweet and warmly satisfying at the same time, making one tingle with magical feelings of enchantment. But real Turkish delight actually tastes more like a stale, chewy jelly that only grandparents who’ve been through a Great Depression or war could love. I had long ago abandoned my hopes for such a magical candy, and then I stumbled upon Orange Fire Delights by Rose. This is not your normal pedestrian “weed gummy.” Oh no. It’s a decadent jam-like treat that melts in your mouth with exotic flavors of matcha and rose. And the tingly feeling of glee was there, too, since each piece contains 5mg of THC.

“It really delivered both joy and relaxation, lending a slightly spacey high with a light sativa uplift.”

Much like finding a fantasy world in the back of an armoire, this high also made everyday things more fantastical. A walk to Griffith Park was a journey past outrageous characters and down bewitching paths. Once inside the park, a boxing workout turned into a fantastical fight/dance party with a tree. Afterward, I went to Albertsons and stumbled on a truly otherworldly delight: a five-dollar sandwich almost twice the size of my own head! It felt like I had found something extraordinary in the everyday. I was overjoyed (until about the third day of eating the same sandwich, when both the weed and the novelty had worn off).

These edibles also contained some of the most magical words you can say in Los Angeles: vegan, gluten-free, non-GMO, and all-natural. A good amount of the ingredients are also certified organic. It comes in whimsical-yet-adult flavors like matcha powder, rosewater, vanilla bean, hibiscus powder, and lime oil. The fruit ones, in a base of mango pulp and sour cherry juice, tasted similar to all-natural fruit leather instead of Fruit Roll-Ups (meaning they tasted like actual fruit instead of chemicals meant to taste like fruit). While it seems like a contradiction, it really delivered both joy and relaxation, lending a slightly spacey high with a light sativa uplift, perfect for wandering, low-key adventures.

The following night, I took these treats out to a show to see if I would have as much fun around people as I did around trees and sandwiches. The moment I stepped out my front door there was something mystical and bewitching in the air. A coyote wandering the sidewalk of Franklin Ave had more of a cartoonish welcoming grin than a wild beast menace. I watched with half-detached amusement as it followed a man and his small dog down the residential block. He eventually picked up his pup and carried it across the street toward me, as we laughed together at the boldness of this very Wile E coyote. The only downside to this light, happy, stoney feeling is that it took me way too long to realize how cute that man was, and I was already down the block before I thought that maybe I should have stopped to flirt. Everyone I passed seemed welcoming and nicer than usual, saying hellos and complimenting my dress. The world seemed to be a magical movie made just for me.

“I could ride the blissful feeling of these gummies and feel both relaxed and stimulated at the same time.”

I ate another piece as I got to the venue, and as I walked into the crowded show I felt like everyone was my friend. I ran into a few actual friends which helped set the tone, but even when I went back and sat with a bunch of total strangers to watch some silly short films in a backyard, I still felt the loving community vibe. This high definitely took away the social anxiety without making me too sleepy to interact with people.

A third gummy pushed me from a subtle buzz to more of a “weed drunk.” But it wasn’t overwhelming and I was still very into the show, the people, and especially the cute little dog in a purse sitting directly in front of me. It was a great booze replacer and had me grabbing a seltzer instead of booze like I normally would. I could ride the blissful feeling of these gummies and feel both relaxed and stimulated at the same time, closest to the energetic effects of a light tequila, but obviously so much better for my liver.

After having these edibles, I truly tasted Narnia. As they wore off, I slowly realized that I was no longer in a magical land of talking lions and goats, but actually in the back of a closet. As their effect waned, I made my long goodbyes and walked home, wishing I had more of these delights waiting for me at home. Instead, I returned to my normal world, and put these on my list to grab the next time I go to the enchanted land of a dispensary.

Be the first to review Orange Fire Delights from Rose and help others find their high.