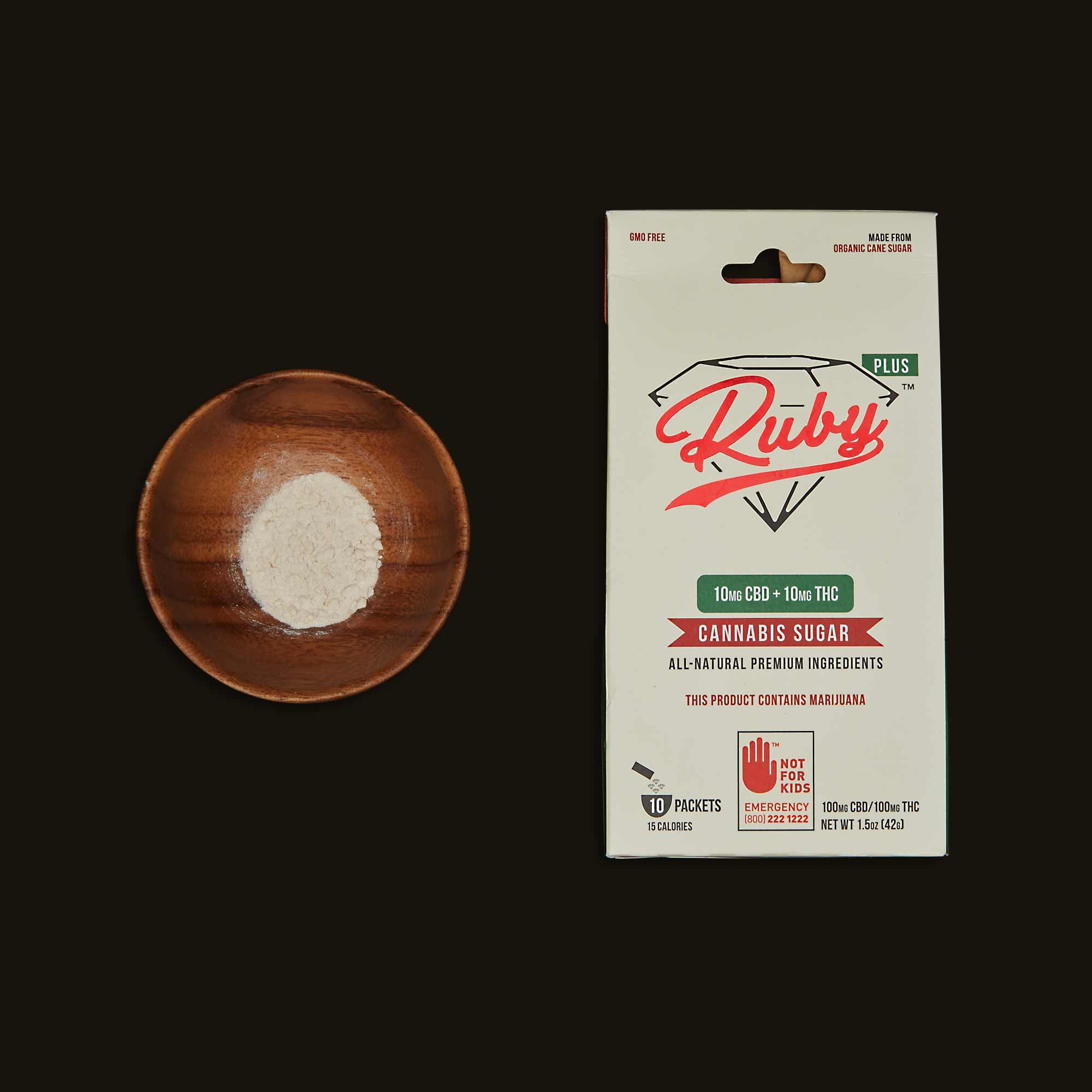 Ruby's Plus 1:1 is a lot like their regular cannabis-infused sugar, but with the additional dosage of CBD to pair with the THC content. The result is clearheaded and physically inclined, due mainly to the heavy body buzz and munchies. If you stay on your feet, you could enjoy this in a cocktail before going out. You'll likely feel patient and loose. Enjoy a packet on a red-eye flight or in your afternoon tea. 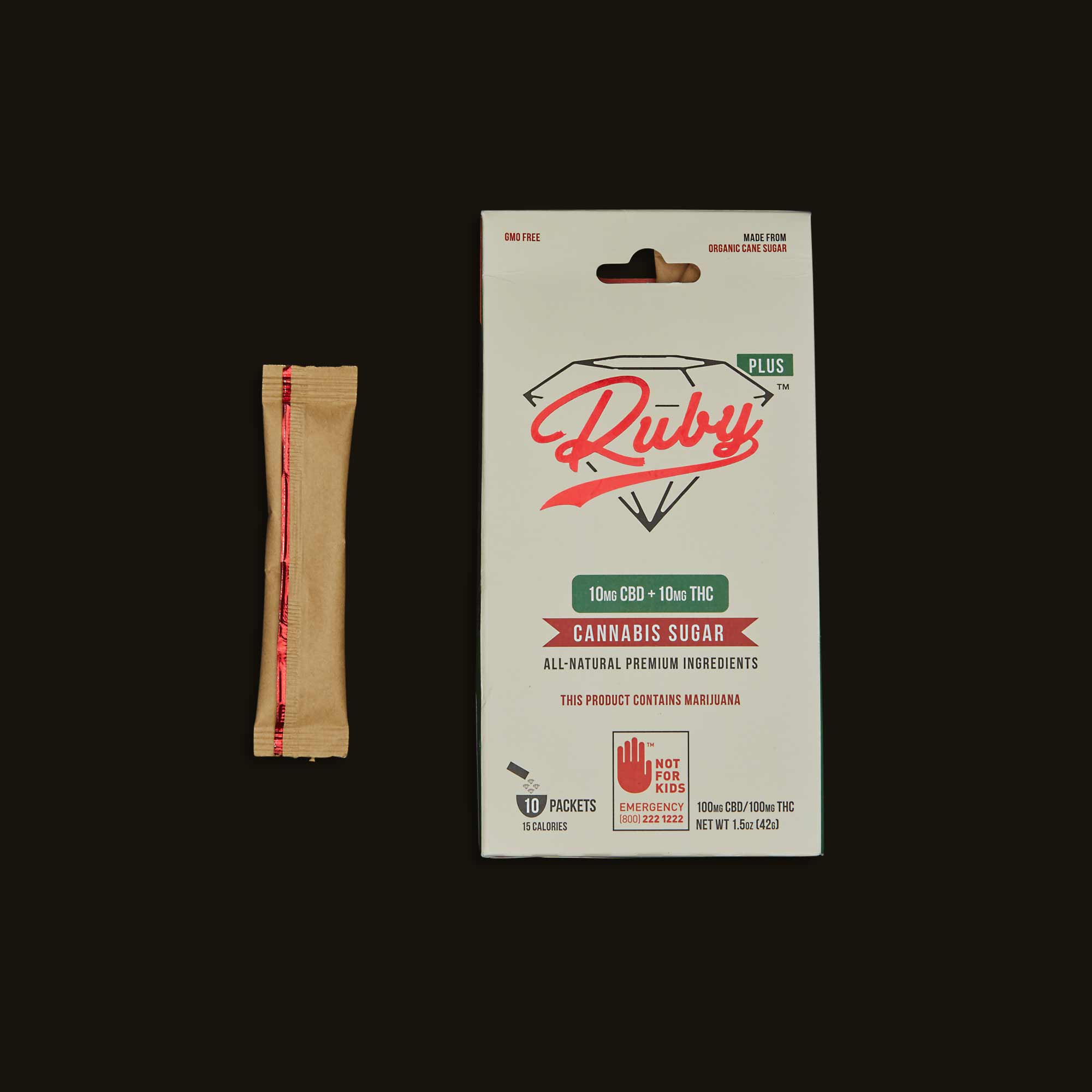 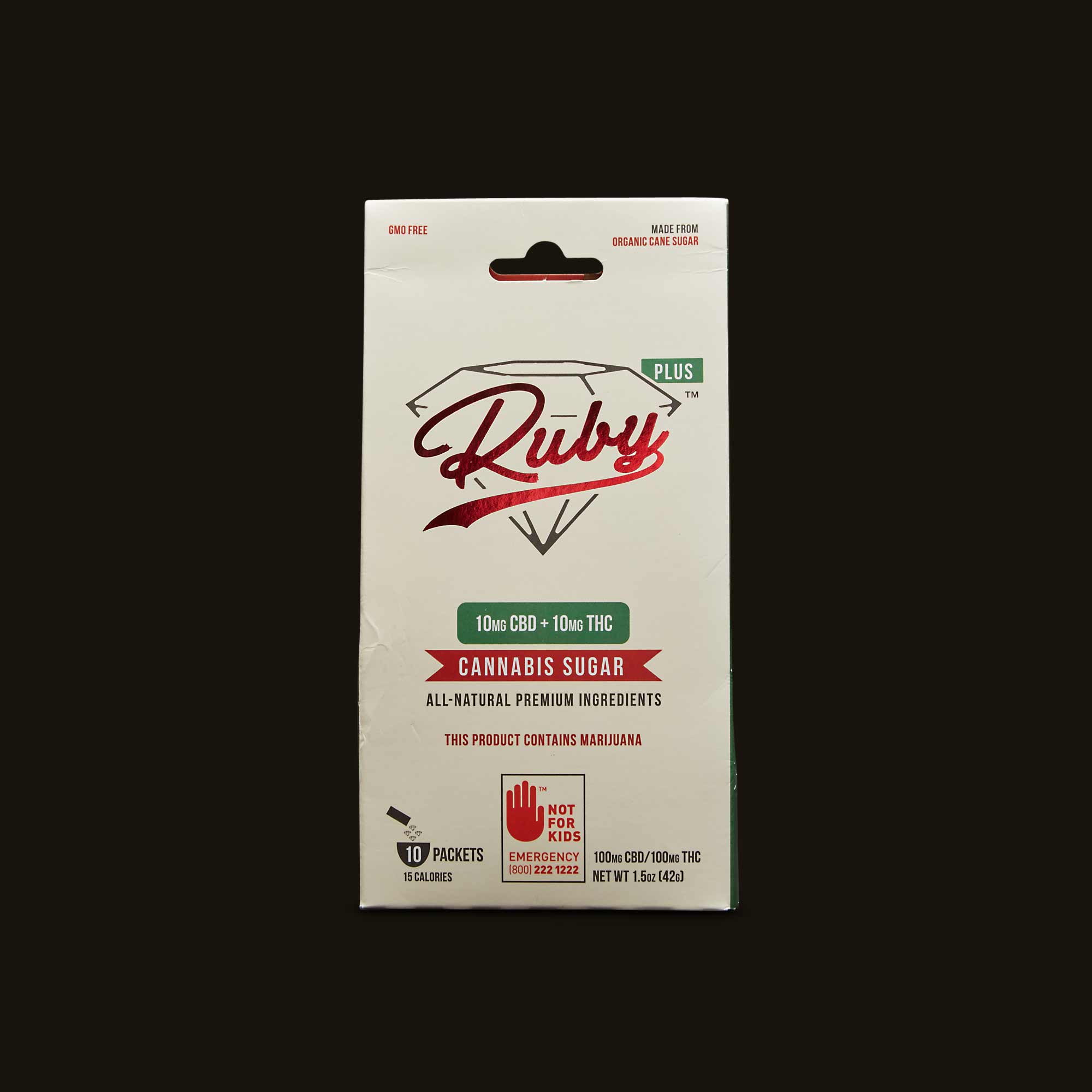 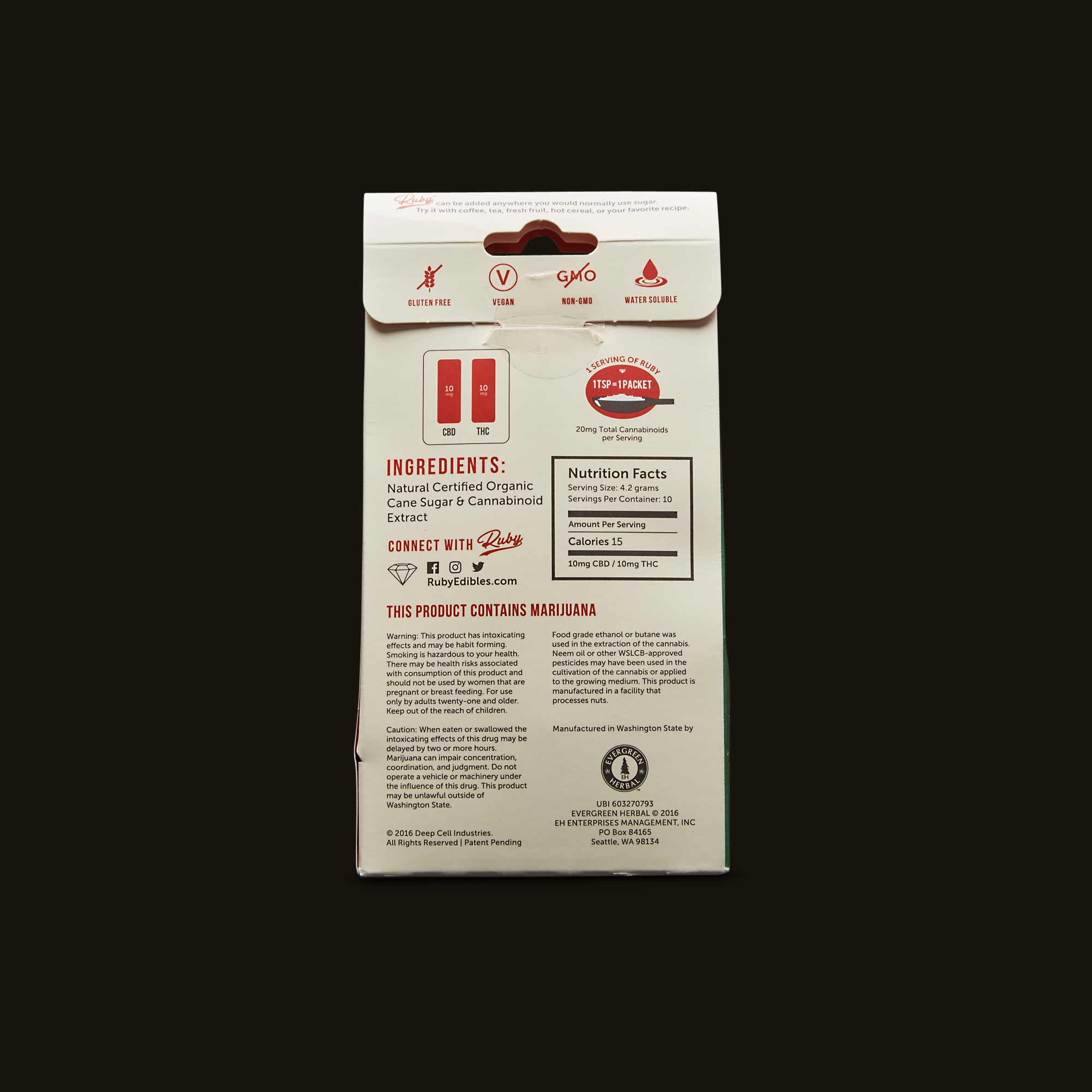 As our committee rates Plus 1:1, we capture their experience in real time through our ratings app and report everything back here.

Just A Spoon Full Of Sugar

Weed sugar that'll make you relaxed as heck? Sign me up.

Sometimes, I just truly enjoy messing with my friends and family, even pulling pranks on complete strangers. I love it. I once convinced my sister that 30% of hip replacement surgeries in the U.S. result from accidents and injuries involving spiral staircases. Recently, when the guy on the barstool next to me asked me what the white substance was that I was adding to my iced tea, I just had to mess with him. I told him it was a combination of ground up mushrooms and ketamine. For context, it’s worth noting that said high jinks took place at noon on a Tuesday. His eyes lit up, I had him.

“I told him it was a combination of ground up mushrooms and ketamine.”

The substance was in fact Ruby Cannabis Sugar, not quite Ketamine but if you take too much you may find yourself in a situation similar to a k-hole. If you're not familiar with Ruby’s cannabis-infused sweetener, well, you should change that. More than simply “weed sugar,” Ruby Plus 1:1 is a truly unique product. The makers of the cannabis sweetener utilize a proprietary technology to mechanically fuse cannabinoids with sucrose. In other words, sugar crystals and cannabinoid crystals (in this case, THC and CBD) become one. The process causes the sugar to have a longer shelf life and dissolve faster when added to liquids.

The sugar itself seems less sweet than regular sugar and is a great addition to your favorite cooking and baking recipes. In my experience, adding a pinch of Ruby sugar to any mocktail—or, if you're daring, a regular cocktail—makes family reunions, work functions, and folding your socks bearable. If you're not lucky enough to live in Washington state (it's sunnier than y’all think), don't worry, Ruby is coming to a market near you soon.

“I felt a wave of euphoria and excitement take hold.”

At 10mg of both THC and CBD per packet, Ruby is not for the faint of heart. If you’re new to edibles, I would recommend trying half a packet to start and increasing your dose only after waiting at least an hour for the effects to kick in. Just forty minutes after adding one whole packet of Ruby 1:1 to a cocktail, I felt a wave of euphoria and excitement take hold, akin to the feeling when you stand up too fast or look over the edge of a cliff. At that moment, the headrush and the shitty music in the bar was too much stimulation for me. I decided to say goodbye to my barstool companion, explaining the drugs were kicking in and I needed to get to a safe place. Then I headed back to the office.

With a foggy head, I put in my headphones without music on. I frequently do this to avoid unwanted questions or conversations with coworkers, because again, messing with people is my jam. I scanned my to-do list for the least technical tasks. Analytics reporting seemed impossible and creating a comprehensive production schedule for an upcoming event was a big fuck no. I landed on mapping out Instagram feeds for clients and working on color palettes for a new cannabis brand I'm helping launch.

“By hour three I was in search of a snack.”

If you've never used Coolors, I suggest you stop what you're doing, get high, and use it right now. There's something so relaxing about sifting through color swatches with names like Bleu de France and Sheen Green. Fast forward two hours and I had migrated from Coolors to ordering a new bkr bottle in Opaque Lime Yellow and securing an Airbnb for an upcoming trip to Mexico with fellow rater Khara Krawczyk. By hour three I was in search of a snack and deemed it totally appropriate to leave work at 3pm. Ruby got me.

Strolling home in the Seattle sun, I made a mental note to save Ruby for Saturdays, late-night flights, or the next time I had five hours to lose in a black hole. I spent the rest of my evening listening to Drake, doodling, and dozing with my dog. There are worse ways to spend a Tuesday night.