Sour Bhotz Orange Sour Bitz (say that five times fast) are sweet citrus candies with the power of a potent head high. You can expect to feel spaced out and uplifted with a relaxing body buzz. It makes a good daytime high if you don't have a lot to do, and if you let yourself zone out you might find a creative spark. Don't eat these on an empty stomach, or you'll probably puke. 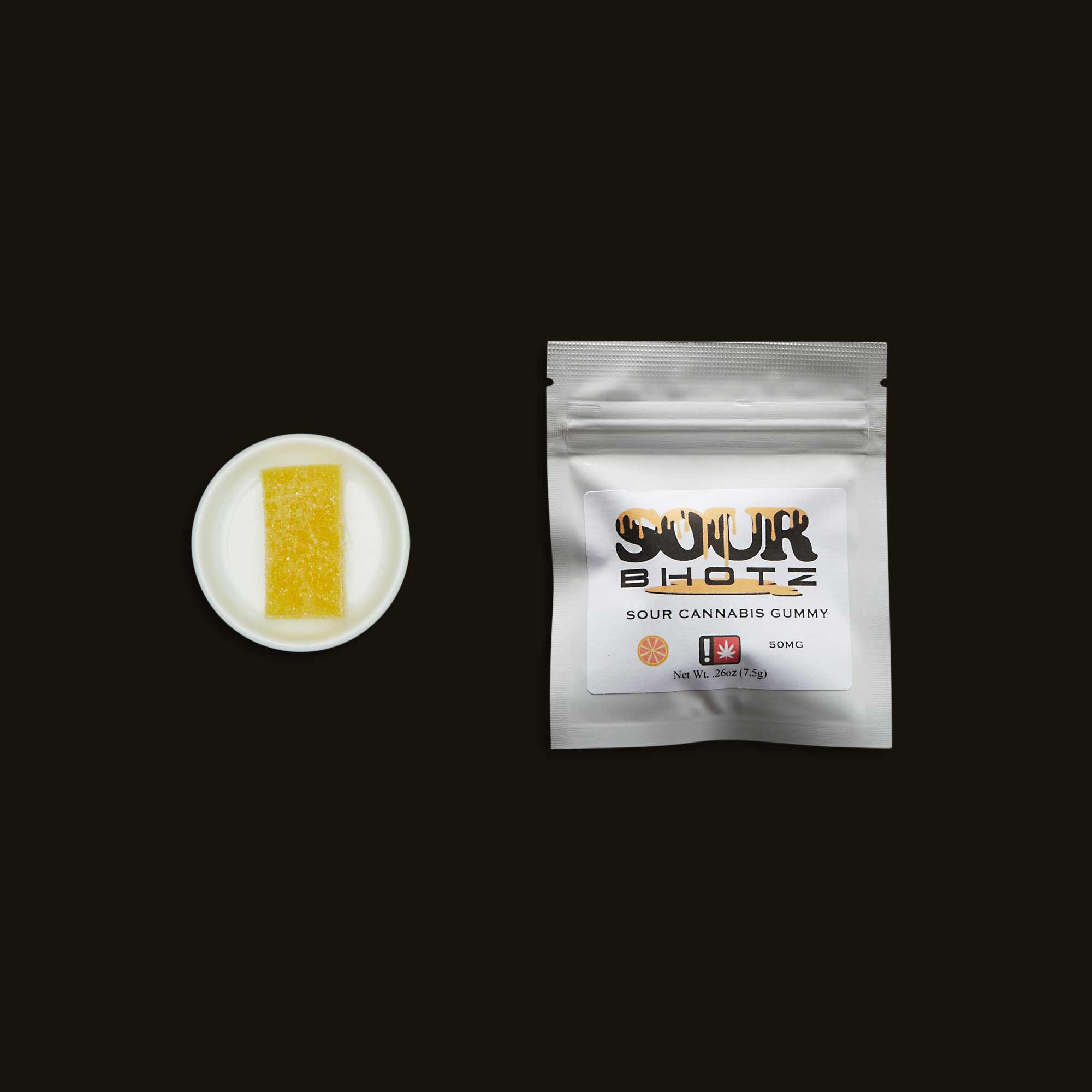 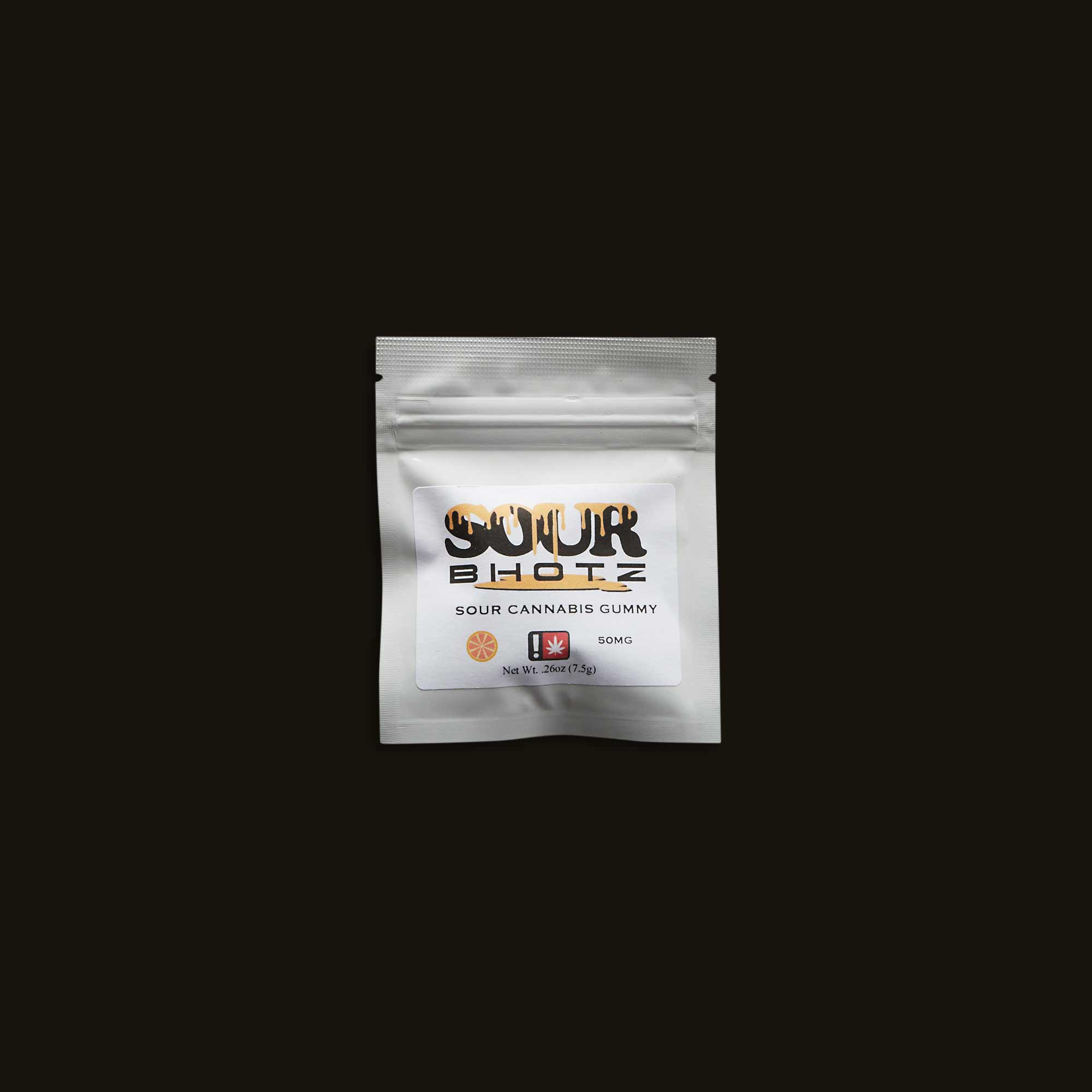 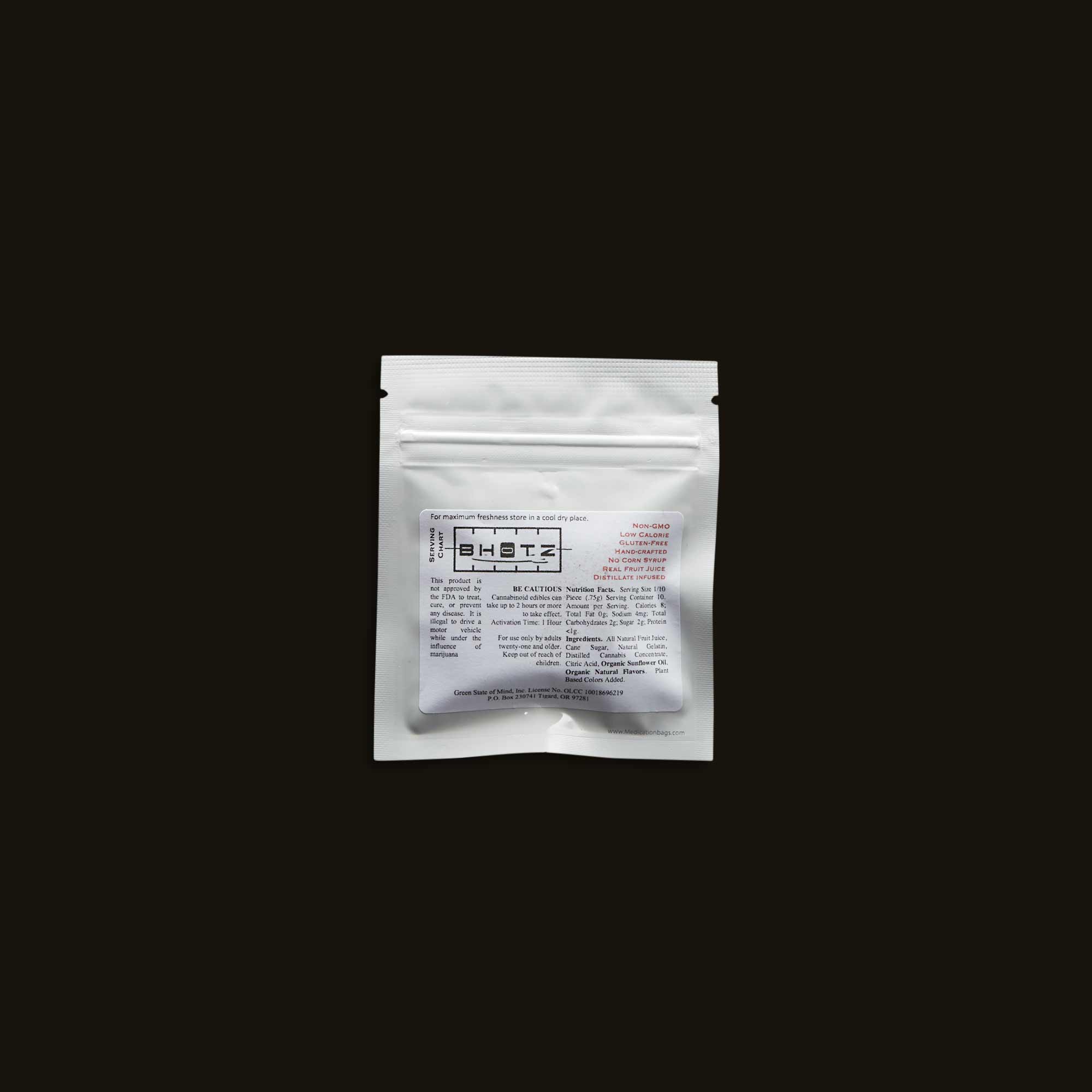 As our committee rates Orange Sour Bitz, we capture their experience in real time through our ratings app and report everything back here.

A Lesson In Power Puking Your Way To Euphoria

I experienced one of the most fantastic mind-body highs of my life—I just had to puke my guts out first.

Between overpriced, disposable feminine hygiene products and mandatory monthly sacks of menstruation weed, the stoner femme’s period can bleed us positively dry. I finally decided to ditch my disposables for a Diva Cup during the same cycle in which I anxiously auditioned this medicated candy. The result was equal parts unbearably disgusting and straight up miraculous, but I’ll play the period card close to the chest because I know men exist and they might also want to know about Sour Bhotz’s Orange Sour Bitz.

“The high is bouncy and bubbly; the crystalline head effect and elastic body high complement each other.”

Sour Bhotz’s Orange Sour Bitz arrive from their packaging as one piece of candy that contains 10 servings, each serving boasting 5mg of THC. A guide on the packaging makes dosing simple, and the flexibility and rectangular shape of the candy make it easy to parcel out despite the actual servings being small enough to fit on your fingertip. The texture is that of a firm chewy, but it was so dainty it only took, like, two chews to get through. The high is bouncy and bubbly; the crystalline head effect and elastic body high complement each other in a way that I thought would be perfect for spirited outdoor adventures, focus-driven creative projects, or vigorous housework. But before I ascertained any of that, I had to go on a disgusting, refreshing adventure.

I must say, the remarkably teensy sample of this candy foiled me on day one of testing. It was so tiny, I figured how much damage could it do if I ate one sample before breakfast? The answer arrived via a torrent of screaming nausea. However, once the nausea provoked some substantial upchucking, I experienced a total evaporation of my menstrual symptoms. On one hand, it was day two of a medium flow, which would typically lay me out with agonizing cramps, migraines, tension headaches, piercing lower back pain, and a fuse shorter than a grain of rice. But once this little speck of candy took effect, I was free from the worst of my symptoms.

Cramps? Gone. Headache? Gone. Backache? Gone. On the other hand, the (albeit short-lived) nausea was so intense that my knees literally buckled, resulting in me doing some kind of floppy ragdoll run to the bathroom only to completely miss the toilet bowl, spewing pungent, cannabis and citrus scented vomit everywhere. The violence of my heaving peaked when, after a particularly vicious retch, my brand new Diva Cup was expelled from my vagina with an audible pop.

As I sat on my bathroom floor, dizzy and moist, one thought trumpeted through my head: Wow, I feel great. This is certainly not what one might assume had they walked in on me in this alarming position, but it was true nonetheless. I felt physically fantastic. Once my nausea abated and I'd cleaned myself up, my day became a lighthearted commercial for anything pertaining to femininity. There was not even a hint of discomfort, malaise, or grumbly enmity. Suddenly I was wearing all white and skipping through a field of daisies. It was absurd how perfectly fine I felt; it was borderline surreal.

On day two of testing out these Sour Bitz, I ate the candy a bit later in the day (mid-morning as opposed to first thing) and the difference was substantial. At the onset, there was a brief suggestion of nausea that dissolved seconds after it appeared, but considering the top shelf toilet drama of the day prior, it was almost inconsequential. Overall, day two was a textbook example of how cannabis products can relieve physical discomfort. My cramps were quiet, my mind was clear, I was cheerful and buoyant, and my aches and pains had magically cleared up. I excitedly started and completed both creative and domestic projects with ease. The 5mg dose was strong enough to keep me well aware of my high but balanced enough to keep me from overthinking myself into oblivion. And the body high—oh, the body high—delivered an airy relief bolstered by bouncy enthusiasm.

“Do me a favor and learn from my misadventures.”

Sour Bhotz’s Orange Sour Bitz delivered relief from both my physical and emotional menstrual symptoms, but when taken too eagerly and without foresight, also caused me to power puke until my period cup exploded from between my legs. So. Do me a favor and learn from my misadventures by exercising caution when using this powerful edible to medicate your menstruation. For all other usage, just make sure to eat a handful of almonds or something first.

Be the first to review Orange Sour Bitz from Sour Bhotz and help others find their high.