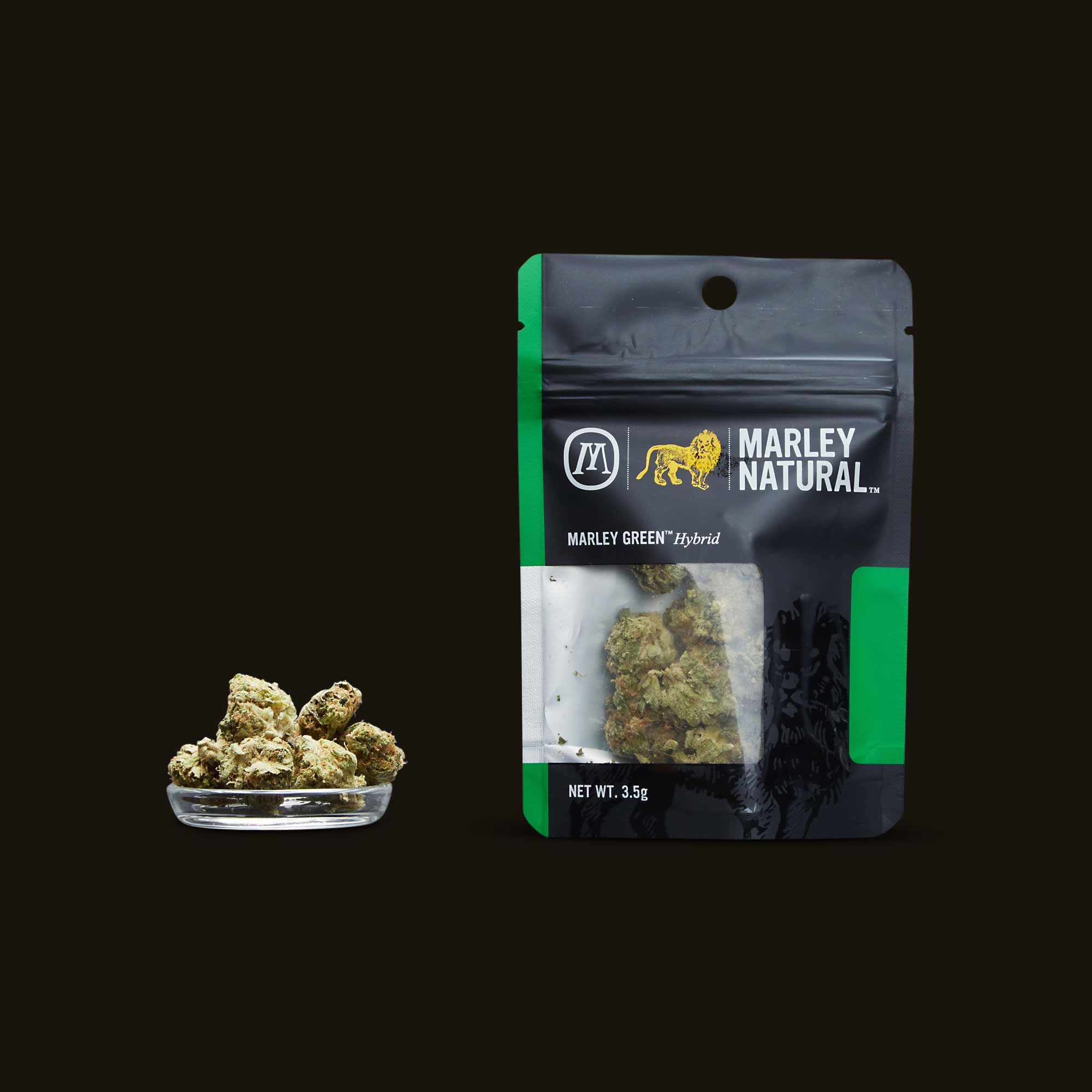 The Marley Green Flower is an earthy GSC hybrid with a potent and uplifting head high. The body high provides a soothing sensation that tempts deep breathing and meditation. If you're feeling energized, you might be tempted to go for a walk or even a run. This is a good high for stretching your legs. 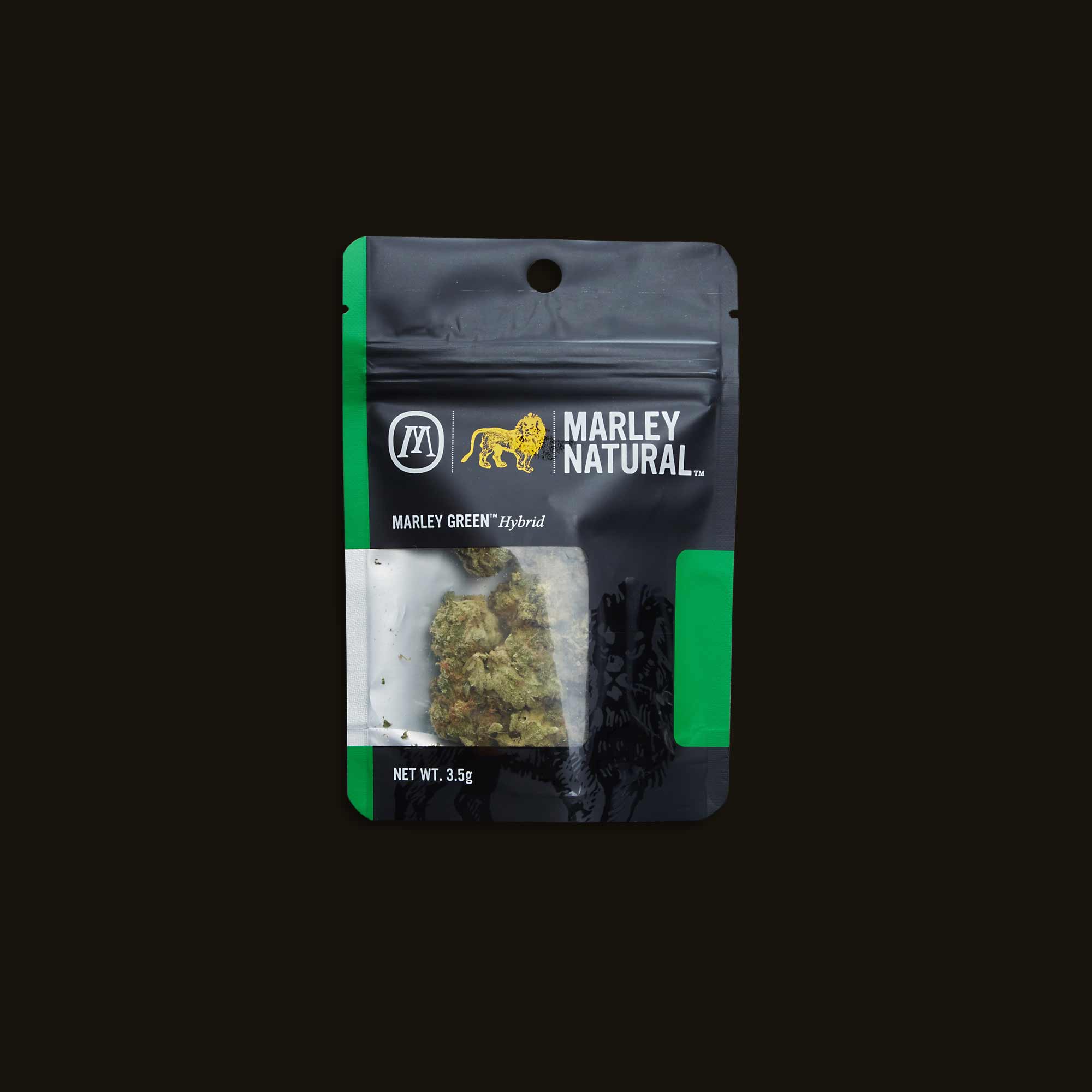 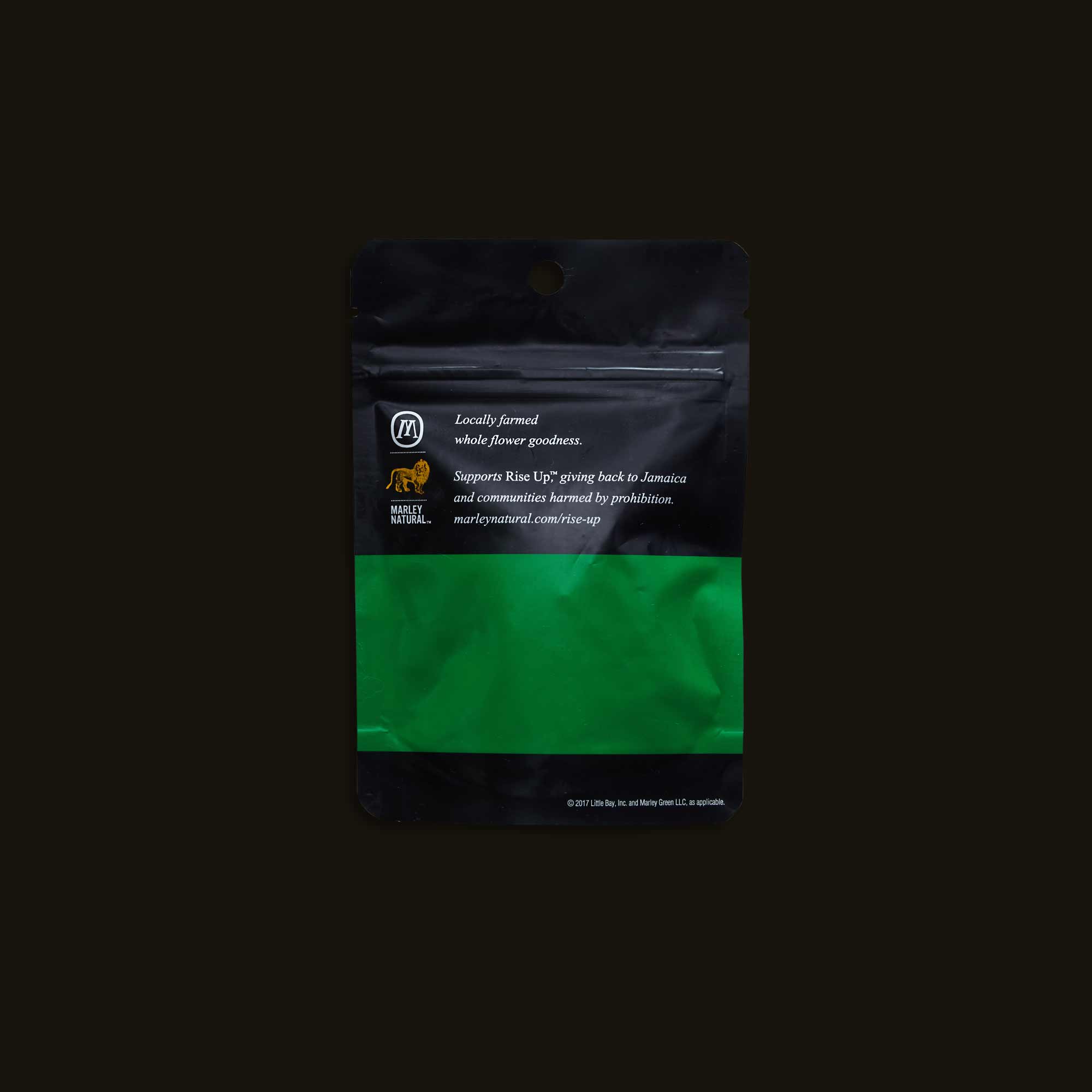 As our committee rates Marley Green Flower, we capture their experience in real time through our ratings app and report everything back here.

The Bud That Keeps Anxiety At Bay

When panic strikes, this strain has your back.

According to The Anxiety and Depression Association of America, roughly 40 million adults in the U.S. suffer from anxiety, while six million suffer from panic disorders. Episodes of intense anxiety and fear can trigger severe physical and emotional symptoms including a racing heart, shortness of breath, dizziness, and depersonalization—more commonly known as panic attacks. If you've ever experienced these symptoms, know you are not alone. For over ten years now, I’ve experienced panic attacks firsthand, and finding any sort of relief from their debilitating and draining side effects has been a tedious process of trial and error. Looking for cannabis strains and profiles that could address my medical needs was a first step in taking control of my mental health. Girl Scout Cookies (now referred to as GSC for copyright issues) was one of the first strains to pull me out of my mental funk. Marley Natural's Green GSC flower was no different. It seized me from the throes of multiple panic attacks in the same week, immediately garnering my attention and admiration.

“It seized me from the throes of multiple panic attacks in the same week.”

Despite having been on the market for a relatively short time, GSC strains have quickly become synonymous with quality cannabis. Chances are if you've yet to try it, you've at least heard of it—mostly because it rarely disappoints. Marley Natural’s variety had light green leaves coated in crystals and embellished with purple hues and vibrant orange hairs. The flower gave off a pungent earthy smell that became sweeter the more I broke it up. The taste maintained those sweet, earthy flavors and released intermingling hints of floral and spice as I continued to smoke it. I imagine these sweet and spicy undertones are the reason some even claim they detect a dessert-like scent and taste. Afterall, it would be ill-fitting to name something after a variety of irresistible cookies and not pack a punch in the aroma and taste departments. Though I imagine much of the beautiful look and flavor has to do with the strain’s carefully crafted genetics. GSC is a cross between the indica-dominant classic, OG Kush, and the sativa-dominant Durban Poison, making it one of the most balanced hybrids I know.

But subtleties aside, GSC is primarily known for its hard-hitting potency. This is beneficial for seasoned smokers who struggle to find strains strong enough for their tolerance levels, and it’s cost-effective for new smokers looking to get a lot of bang for their buck. It was not my intention to sample this product when I did, but my anxiety escalated to the point at which I had to reach for the closest cannabis on hand. It was supposed to be an enjoyable and simple day of work modeling luxurious vintage clothing for a local boutique. My irritability and negative inner dialogue began to boil to the surface after spending a few hours staring into a mirror preparing my hair and makeup to be camera-ready. My emotions began to snowball as I tried everything in my power to keep my tears from smudging the makeup I spent the whole morning creating.

Cancelling work was not an option, so I needed relief and needed it quickly. Before I hit the road, I hit this strain for the first time that day. I packed and smoked a full bowl before running out the door to catch the bus. The effects of this flower in particular settled in almost immediately after just a few hits, which tells me it’s perfect to have on hand for unexpected episodes of anxiety and panic. My heart rate began to slow as did my sense of urgency during the 15-minute bus ride. When I arrived at my destination, I knew I needed to consume more in order to reach my ideal effects and do my best work under less-than-ideal circumstances. Luckily all it took was another bowl for my body and mind to settle into a steady state of calm.

“In no time at all, I found myself feeling excited, exuberant, and mildly creative.”

I definitely think it was the indica side of this flower that allowed me to feel present in my body. A common exercise for combating anxious thoughts is to focus in on the feeling of your feet on the ground as well as the sights and sounds around you. In combination with good weed, I find this definitely helps me ease my mind’s overactive flight-or-fight mode. And I must say, I found the tingling sensation brought on by this flower really helped bring my attention back to my body. Meanwhile, the sativa notes provided a much needed mood boost, which positively shifted my perspective. I made it to work and as soon as I slipped into the first vintage piece, a beautiful black and pink 1940s velvet gown, my mood began to lift. In no time at all, I found myself feeling excited, exuberant, and mildly creative. I even broke into some giggle fits with the photographer and boutique owner. Let me be clear, being silly and laughing following a major anxiety attack is far from typical. I was genuinely surprised by how significant the mood shift was considering it not only allowed me to show up to my job but also enjoy it.

This sense of euphoria sustained itself for about an hour and a half before I started to feel sleepy and a little zoned out. Luckily that was a sufficient amount time to capture the content we needed. Eventually, a couch-lock type stillness slowed down my pace, and my attention span began to drift. After two hours, lethargy set in and I felt an overwhelming desire to do nothing but nap—which, need I remind you, is a much better feeling than pure panic. Ultimately, I think Marley Natural’s Green flower would be a worthy addition to anyone’s anti-anxiety arsenal. That said, be prepared for some dry mouth and a desire to eat everything in sight (a boon or bane depending on your sober appetite levels). Personally, I consider these side effects a fair trade for the benefits of relaxation and relief.