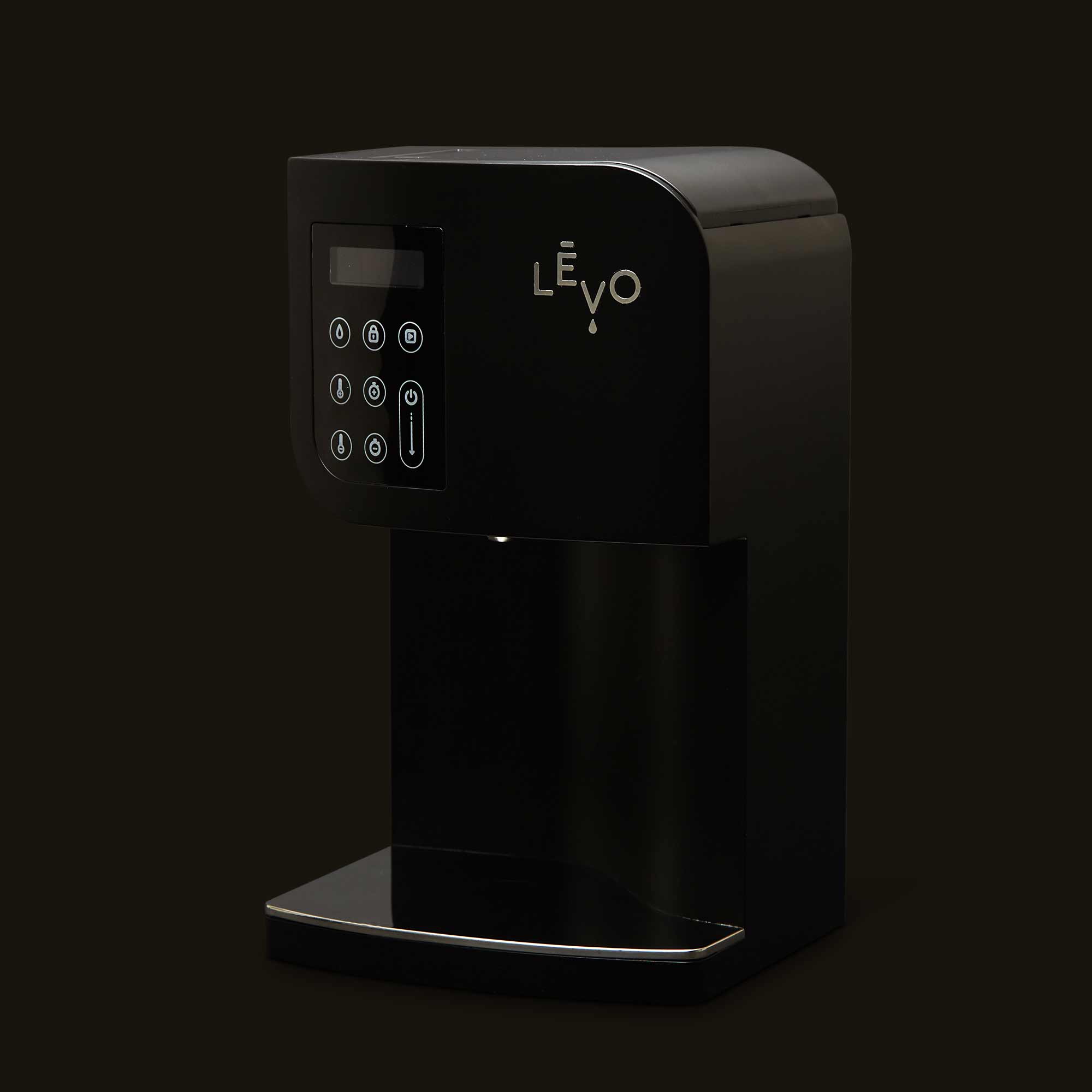 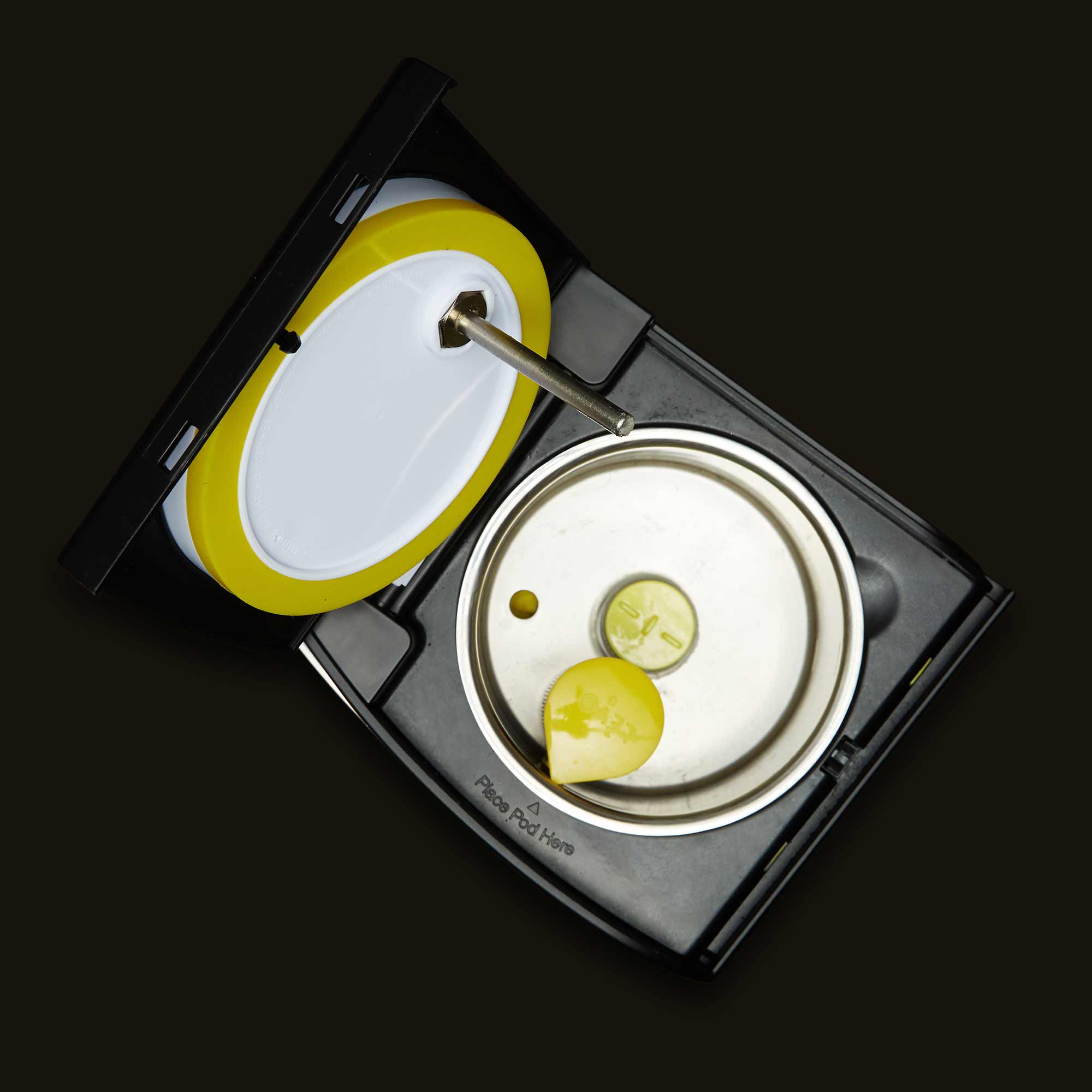 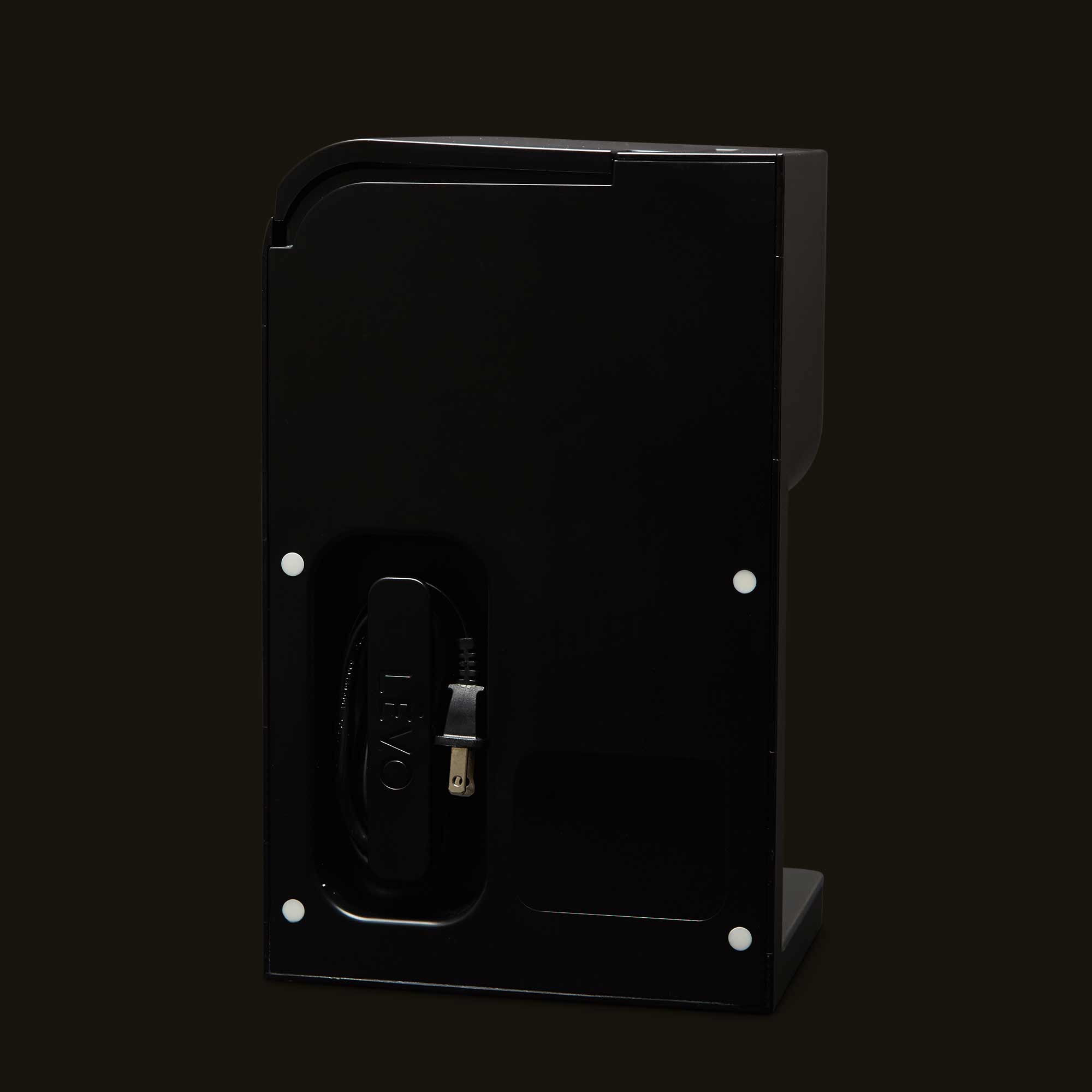 As our committee rates LEVO I, we capture their experience in real time through our ratings app and report everything back here.

The Keurig Of Cannabutter Is About To Rock Your Kitchen

I thought I hated tech-y appliances, but then I met the LEVO.

I’m not one to be picky about how exactly weed makes its way into my bloodstream. Whether it comes pre-rolled, packed in a bowl, distilled into liquid gold, or tucked into a deceptively potent treat, I’m a big fan of all of the ways we humans consume cannabis. It should come as no surprise, then, that I never had a problem with the traditional practice of throwing sub-par bud into a pot of hot oil and letting it sit on the stove for three days, filling the house with toasted, herbal smells. Most of the time, you end up with a highly potent, mystery liquid perfect for boxed brownies that’ll send your dinner guests into a weedy tailspin. Why fix a system that isn't broken?

This outlook on edibles made me the perfect person to try the LEVO, a high-tech oil infuser designed to disrupt the home cooking world in the same way Keurig disrupted the coffee world. Only this device comes without the guilt of sending thousands of plastic pods to landfills. While you can use it to infuse butter and oil with fresh basil, garlic, rosemary, etc. for savory recipes or vanilla beans and cinnamon sticks for baking, the subtext is to use it to infuse oil with dank herb—AKA weed. Spoiler: I opted for the latter option.

“Do yourself a favor and watch the instructional video, which has Coppola-level production value.”

The LEVO arrived in a box just big enough to contain the device. When I opened it, I had the distinct pleasure of revealing the brand-new device like a game show contestant claiming the grand prize. Whether or not that was the intended user experience, I’m into it. I am allergic to instruction manuals, however, so I barely flipped through the slim pamphlet for the LEVO, preferring to dive right in instead. For those in possession of a decent attention span, do yourself a favor and watch the instructional video, which has Coppola-level production value.

With the ultimate goal of making medicated gingersnaps, I decided to infuse coconut oil with Purple Princess, a high-quality, euphoria-inducing hybrid strain. The first step involved packing a few nugs into the metal strainer. With my only grinder still sitting on my ex’s coffee table 20 minutes away, I used a dull pair of scissors to clip the flower inside the strainer, which is a tad smaller than the average snap-capped vile provided at dispensaries. The strainer is magnetized as well and attaches to the side of the oil well easily. And if that still sounds complicated, there are several arrows and bright yellow indicators to help you place your herb in the correct spot. Honestly, the machine is foolproof, and that’s coming from someone who can be one hell of a fool when stoned.

If you’ve ever worked with coconut oil, you know it can solidify at any temperature below 75 degrees Fahrenheit. Luckily, my Los Angeles apartment turns into a primordial swamp starting in mid-June, so the oil I had on hand was liquefied and ready to dump in the machine. I poured everything I had, which amounted to about a cup––just enough to ensure the weed was fully submerged. Compared to the handfuls of shake I usually stew for edibles, this small canister of nugs didn’t seem like much, so I set the temperature to the highest option (200 degrees Fahrenheit) and set the timer for the maximum length (10 hours). While I went about my business (and frankly, forgot I was even making cannabutter), the LEVO occasionally stirred the pot and kept the temperature steady—all while the oil was safely contained and child-locked. After those 10 hours were up, I set the device for another 10 hours, because what the hell, why not? At the end of that second cycle, I dispensed the oil back into its original jar with the press of a button. And guess what? The oil turned that delightful shade of pale green without reeking of burnt plant.

To be clear, you don't have to go nuts and steep your weed for nearly 24 hours like I did. You can set the timer for 4 minutes if you want to, though the LEVO team recommends infusing weed with coconut oil for at least 2.5 hours or more. They even have a handy calculator for determining the best time and temperature for a variety of oils and herbs, should you be so inclined to go about this from an informed, adult approach.

“For neurotic control freaks like myself, it's a dream to have so many settings.”

Following Mark Bittman’s gingersnap recipe, I replaced the butter with my weed-infused coconut oil and the flour with a gluten-free variety, so my Celiac-suffering roommate could indulge. The dough turned out perfectly, equal parts spicy and sweet, and kind of looked militaristically uniform on the baking sheet, only to melt into one giant, brown mess after just 10 minutes in the oven. I wanted to treat this product review like a science experiment, carefully measuring out the ingredients, logging precise times and temperatures, and baking perfect gingersnaps with pathological meticulousness. But unfortunately for my inner science nerd, that’s not how things turned out. Emails got in the way—as did the dog, the laundry, paranoid thoughts about cryptocurrencies, and friends visiting from out of town—eliminating any sense of control. Still, the oil turned out just as I’d hoped it would.

And the cookies ended up being delicious despite their rustic appearance. My samplers and I noticed a subtle high after only a few bites. And after a long, hot day of baking, the LEVO took only two minutes to clean. Like most new appliances that seem unnecessary at first, the LEVO provides a service you never knew you needed. Forget the fact that it’s much safer to let hot oil stew in a contained, child-proofed space or the environmental friendliness of a little electricity versus an open gas flame. It really proves its worth by removing a few steps in the process of making cannabutter and adding the convenience of timers and temperature controls. For neurotic control freaks like myself, it's a dream to have so many settings.

In a world full of human errors and a growing demand for quality products, the LEVO is a sleek addition to any home chef’s science-y weed tool collection. For canna-chefs looking to enhance their dishes with the medicinal benefits of weed as well as patients looking to control their intake, this system is ideal. With an unassuming design that won’t out you as a degenerate cannabis fiend to your in-laws or landlord, the LEVO is a tasteful addition to anyone's kitchen.