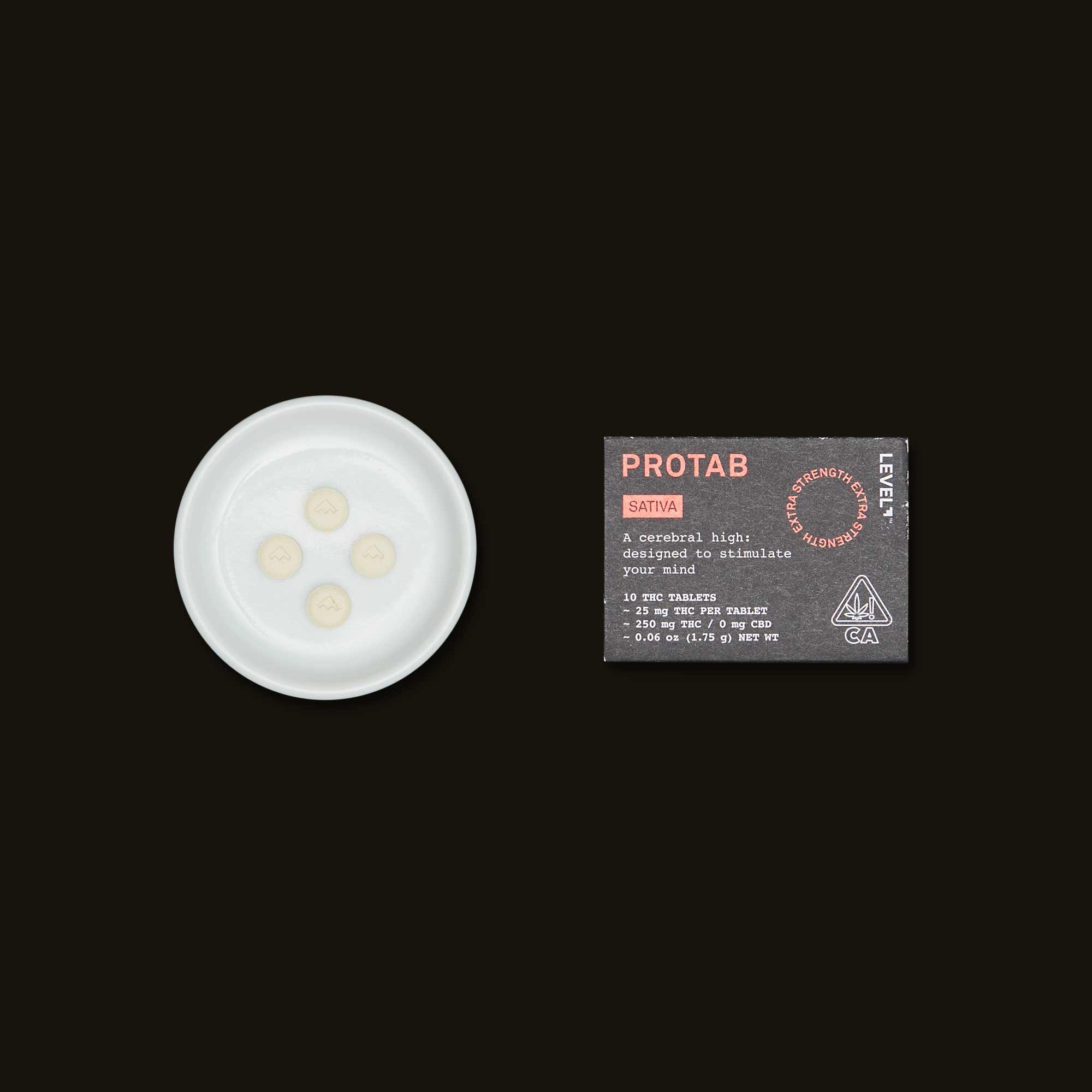 LEVEL's SATIVA ProTabs are meant to be swallowed, not chewed. You can expect an uplifting buzz to get your creative flow going. There's a happy boost to it that doesn't typically distract, so these work well with social events or focused workdays. One ProTab has five times the recommended dose for new users, so only consider these if you have a higher tolerance. Read the full review of these kickin' cannabis pills below..

Ranked 4 of 4 in Pills for feeling Euphoric. 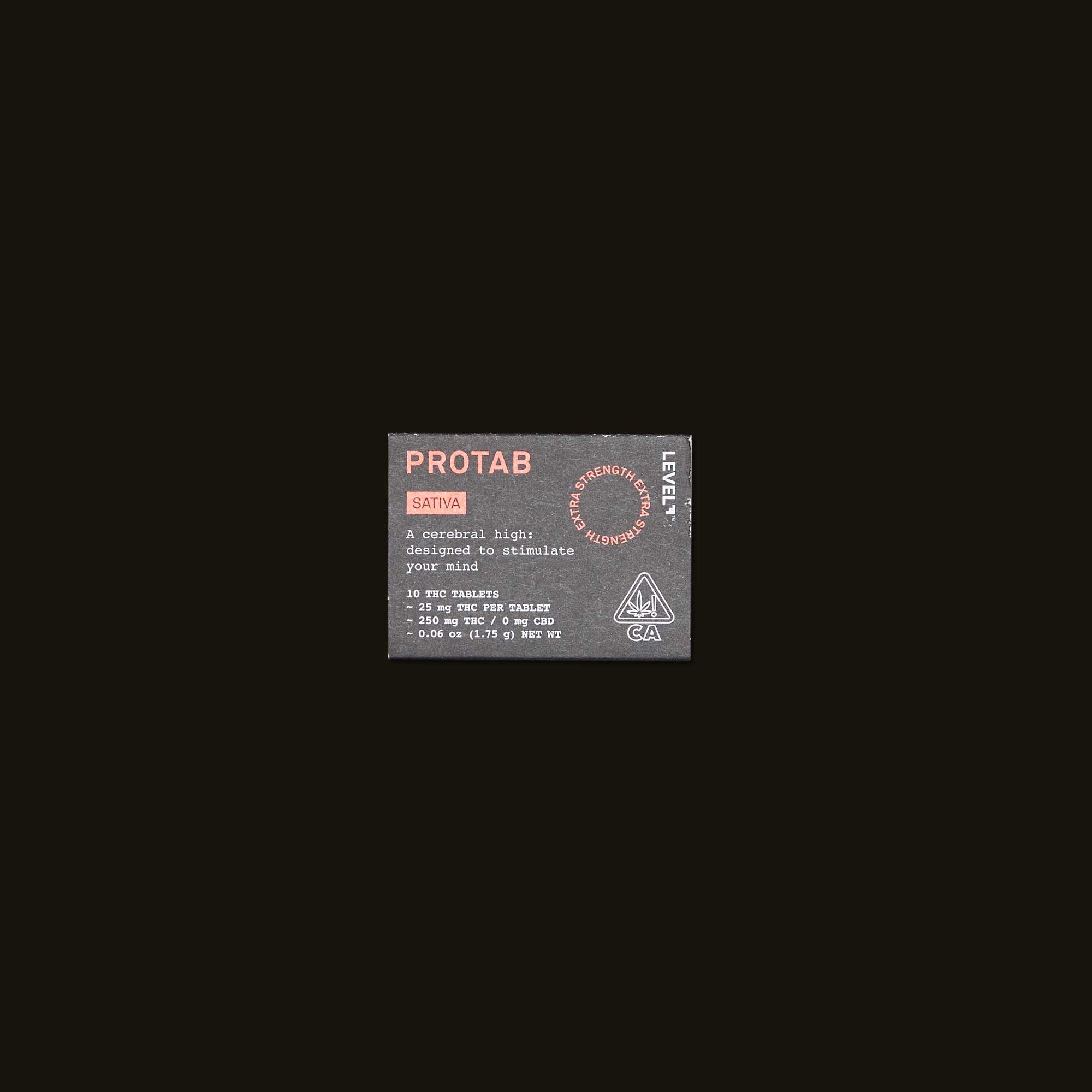 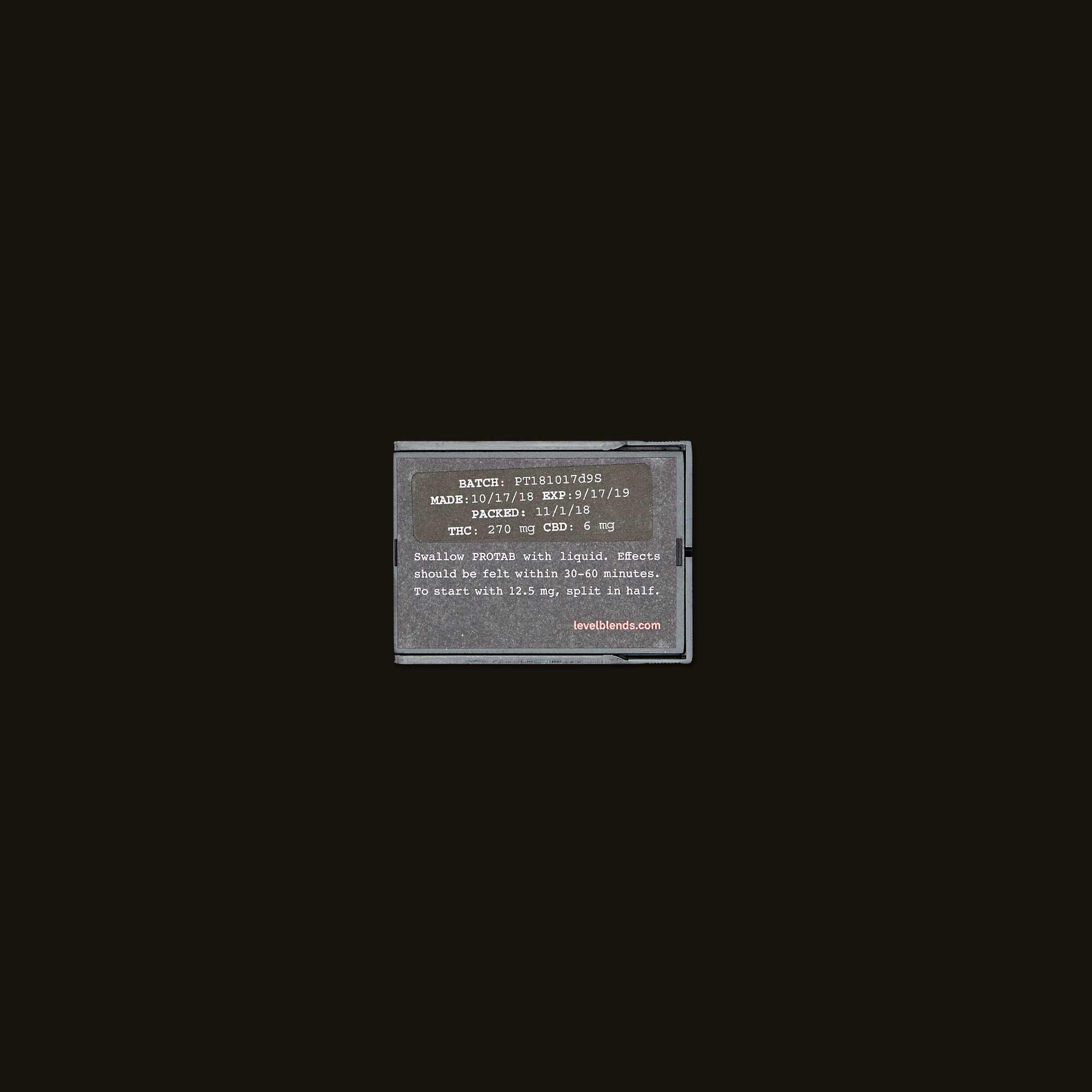 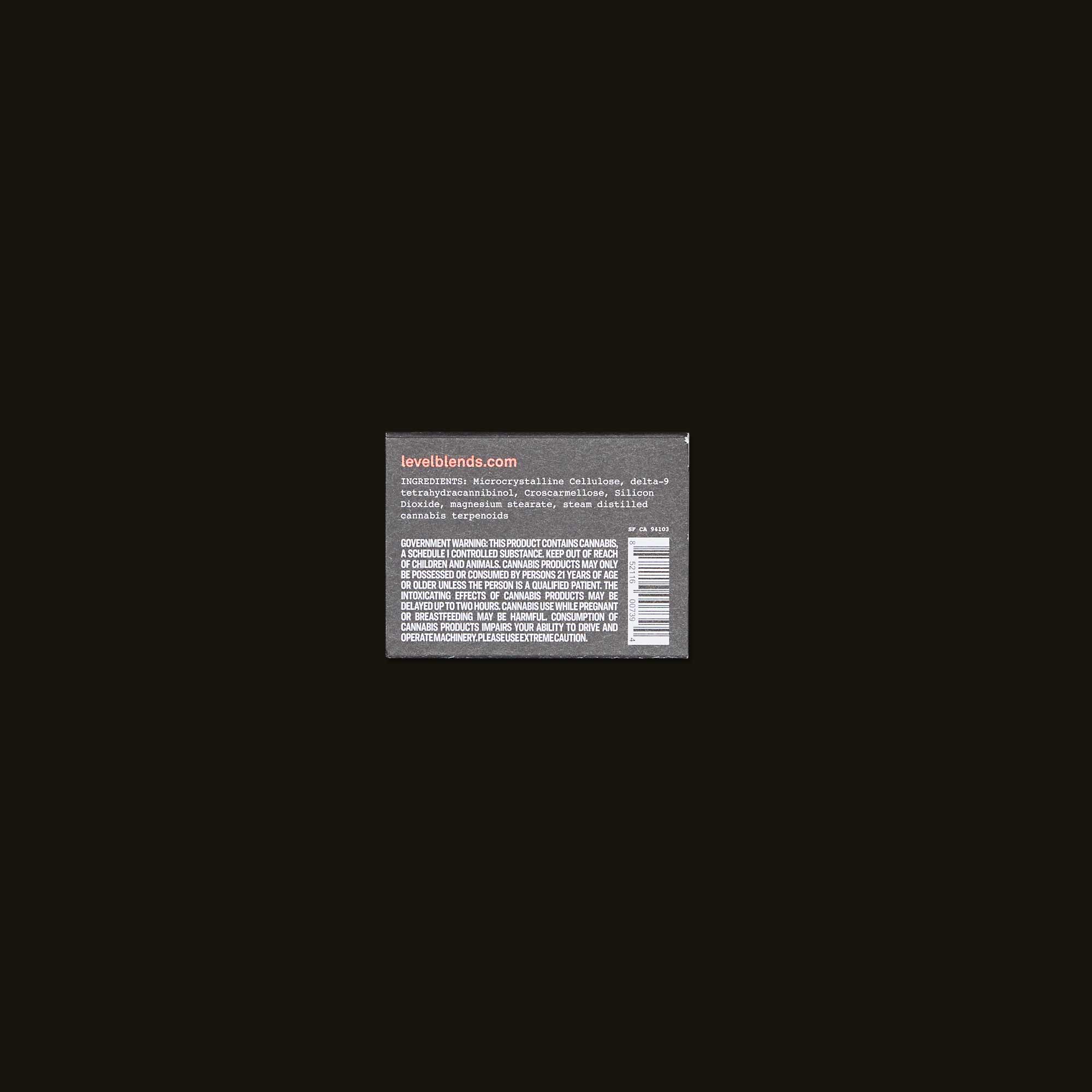 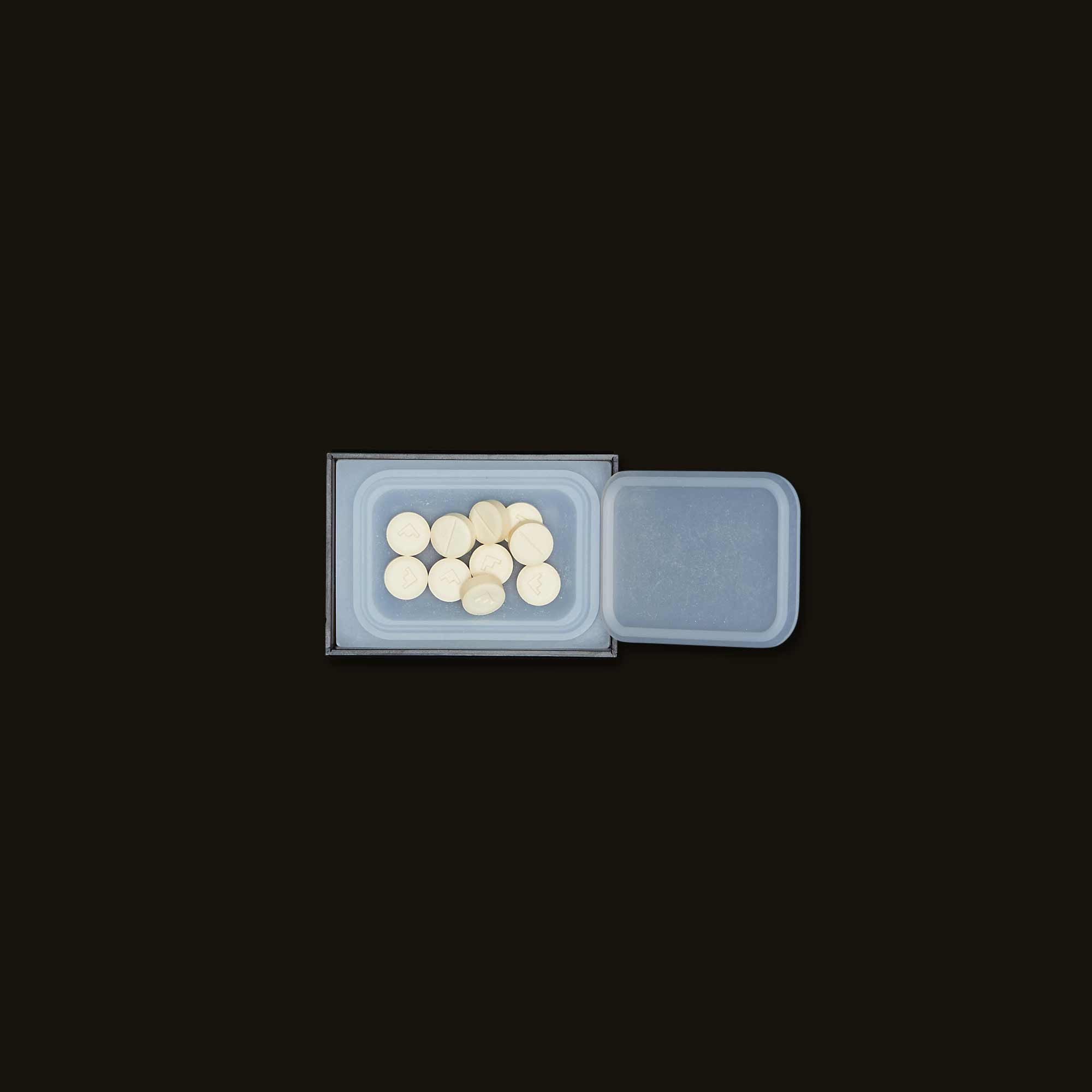 As our committee rates SATIVA ProTab, we capture their experience in real time through our ratings app and report everything back here.

Ranked 4 of 4 in Pills for feeling Euphoric.

One Little Tablet, One Profound Journey

Who knew a tiny sativa tablet could lift me from my depression and take me on a journey of self-discovery?

In 1852, a black man named George Washington set out for the Northwest Territories and staked a claim at the fork of the Skookumchuck and Chehalis rivers. The claim would become the city of Centralia, Washington, which is about an hour away from my house in Portland. It’s also the place where one LEVEL Sativa Protab sent me on a biracial adventure that left me thinking maybe I owned the city by birthright.

Let me backup a bit. LEVEL’s Sativa Protabs are cannabis concentrate tablets that contain 25mg of THC each. The whole package contains 10 Protabs, or 250mg of THC in total. The potency is considerable with a burly wallop of an onset that, for me, started in the chest and radiated throughout my body. The first time I tried these sativa Protabs, I was in a deep, dark, dog-days-of-winter funk. I swallowed the tablet and hoped for the best. The result wasn't miraculous, but its bossy kickoff did snap me out of my swirling storm of ennui.

“As the high escalated, the edges of my reality began to blur.”

After riding the onset for a few moments, I was finally able to shake the residual sadness and attempt a simple distraction: sewing a 10-minute circle skirt. As the high escalated, the edges of my reality began to blur and suddenly I’d been making the same skirt for an hour and a half. Stripes blurred together, hems went every which way, and loose stitches were looking like an antique road map. I wasn’t staring at my life through the pinhole of disassociation, but I wasn’t trapped in the saddest parts of my mind either. And so LEVEL garnered a new fan, and I survived another dark night of the soul. Later that evening, my husband suggested a road trip. He found a couple towns just north of us—Chehalis and Centralia—that’d be prime spots for antique treasure hunting. With a better mood in my grasp, I agreed we should check them out.

My first try with these Protabs demanded a moment of quiet contemplation. The second go-around, I was more prepared. I timed my dose so the onset would occur early during the long drive out of Oregon and into the misty foothills of Lewis County. Whereas the Protab felt spread thin in an effort to revive me from an emotional slump on day one, by day two, I had regained my cheerful senses and was able to enjoy the product on another level. The tablet’s onset was less staggering, and instead of a gut punch, it came on in the form of giggly trains of thought and jokey banter. By the time we arrived in Chehalis, I was in the best mood I’d been in for weeks.

An unexpected perk of LEVEL’s Sativa Protab was how strongly it encouraged socialization. I’d done the bare minimum of research on Centralia, just enough to know it was calling to my poor, culturally unfettered soul. But once we’d arrived, we found the town to be a bucolic daydream, all velvety evergreen and celestial blue. The Victorian homes dotting the hillsides were candy-colored fantasies. Everything was vibrant, joyful, and cool. My social self bloomed and I happily chatted up strangers like I was a local. While buying a white faux fur coat in a thrift shop, the clerk and I chatted like old friends. At a local bookstore/coffeehouse, a barista and I waxed about the town history before he led me to a plaque dedicated to the Madame who once operated a brothel out of the very same store. In the picture, she was wearing bright red lipstick and a white fur draped over her shoulders. I was also wearing bright red lipstick with a white fur thrown over my shoulders. In a surreal moment of sativa euphoria, I felt like I’d been here all my life. Was this the Protab or the call of my tempestuous heritage—or both?

“My social self bloomed and I happily chatted up strangers like I was a local.”

In Centralia, we walked the main drag, pausing to window shop the boutiques and storefronts. We reached the downtown visitors’ center, and stepped in, excited to learn more about this George Washington fella. Apparently, GW had defied all the odds and erected a whole-ass town in a territory that, before he arrived, had strict racial exclusion laws. He was the son of a slave and a white English woman, born in the pro-slavery state of Virginia. His father was sold down the Ohio River and his mother surrendered him to the Cochran family, who fled the state to secure their newly adopted son’s freedom. I know this story. It’s the story of my family as well. As complex as it was harrowing, the high points of George Washington’s biography vividly mirrored the chronicle of my own family.

So, here I was, having just survived a brutal bout with depression, now riding this wave of relief and awe thanks to one little sativa tablet. In the vast homogenous sea that is the modern Pacific Northwest, I found a cultural anchor that brought me face to face with exactly what I’d been so thirsty for: a touchstone to reassure me that no matter how othered I often feel in these vast Northwest territories, I was not alone.

Bottom line, I think I found my biracial birthright in Centralia, y’all. I might move my family there and run for office, or run a brothel, or a bookstore. Either way, I feel the need to thank LEVEL and their Sativa Protabs for guiding my journey so profoundly I now think I can own a whole town.